How to get a 5000 units. rating for one dinosaur.
At the time of writing this manual, this achievement has been achieved by 0,6% players, although there is nothing complicated about it.

The method described below is somewhat unethical, but I have not yet found something more creative.

so…
We need an island with a constant source of income, so that we are not constrained in funds and a comfortable aviary for the highlight of the program - Indominus Rex(becomes available, if you have highlighted 100% velociraptor and tyrannosaurus genomes).

Match genes this way, to get the highest rated dinosaur.
Usually, such experiments with the genome negatively affect the vitality of the embryos - just add improvements to the hatchery “Chance of Success 3.0”.(requires appropriate research). Pay attention to disease resistance and life expectancy, to have time to complete the achievement.
When my pet appeared, it had about 600 rating units. 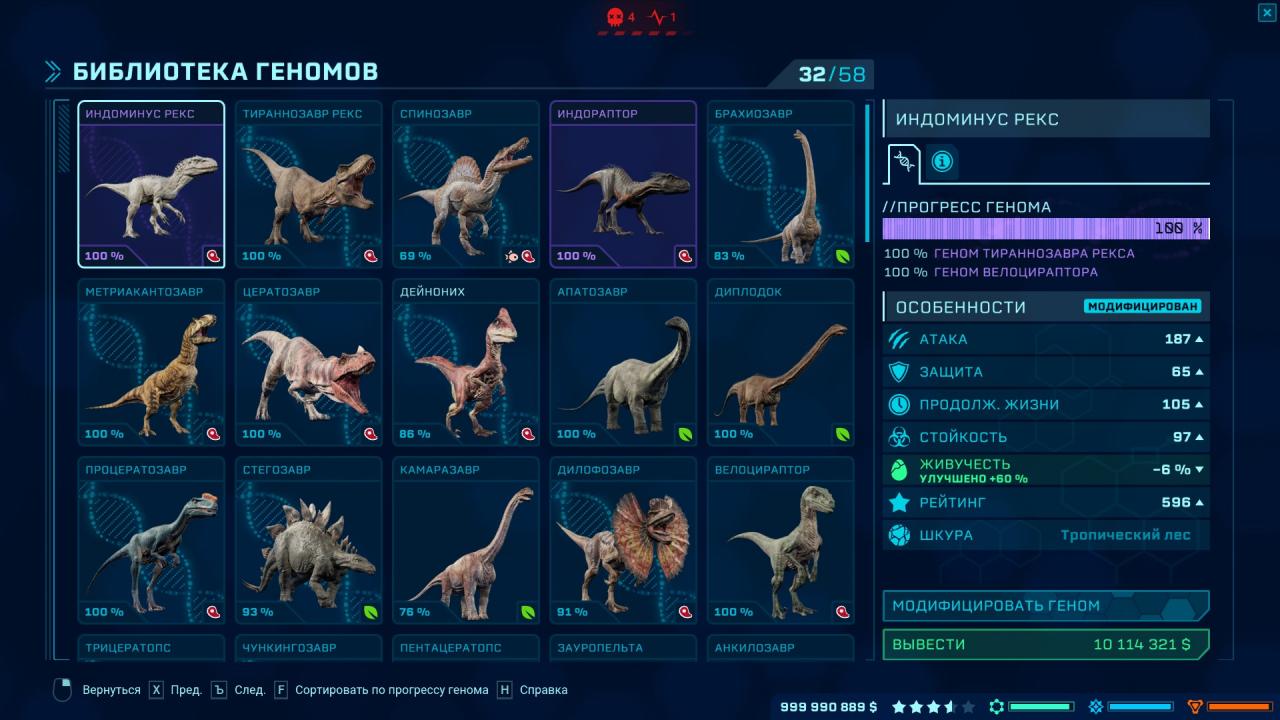 Then just supply dinosaurs through Hammond's laboratory to the Indominus enclosure, to increase your combat notoriety(given for defeating dinosaurs). Your pet's rating will grow in direct proportion to the ratings of the poor fellows it kills.

Indominus Rex - killing machine, that will kill everything within reach(exception for small predators such as Deinonychus, Dilophosaurus and others - for some reason she ignores them, although it will not leave a wet place from herbivores of the same size).

Medium-sized armored herbivores my charge choked like chickens, and predators of the same size were no problem. Tinkered with a stegosaurus a little longer, I have not experimented with large long-necked herbivores and velociraptors(because of sentimental feelings for cartoon characters “Earth before the beginning of time” 88-th year and Blue and companies from “Jurassic world” 2015-th year).

The carnage turns into a full-fledged battle only with the advent of spinozavra and tyrannosaurus rex. And more rating units are given for them.. Indoraptor proved to be good.
You need to monitor the attack rate of hatched dinosaurs, so that it does not exceed the indicators of your ward, otherwise the outcome of the battle may be unpredictable. Especially with a tyrannosaurus. 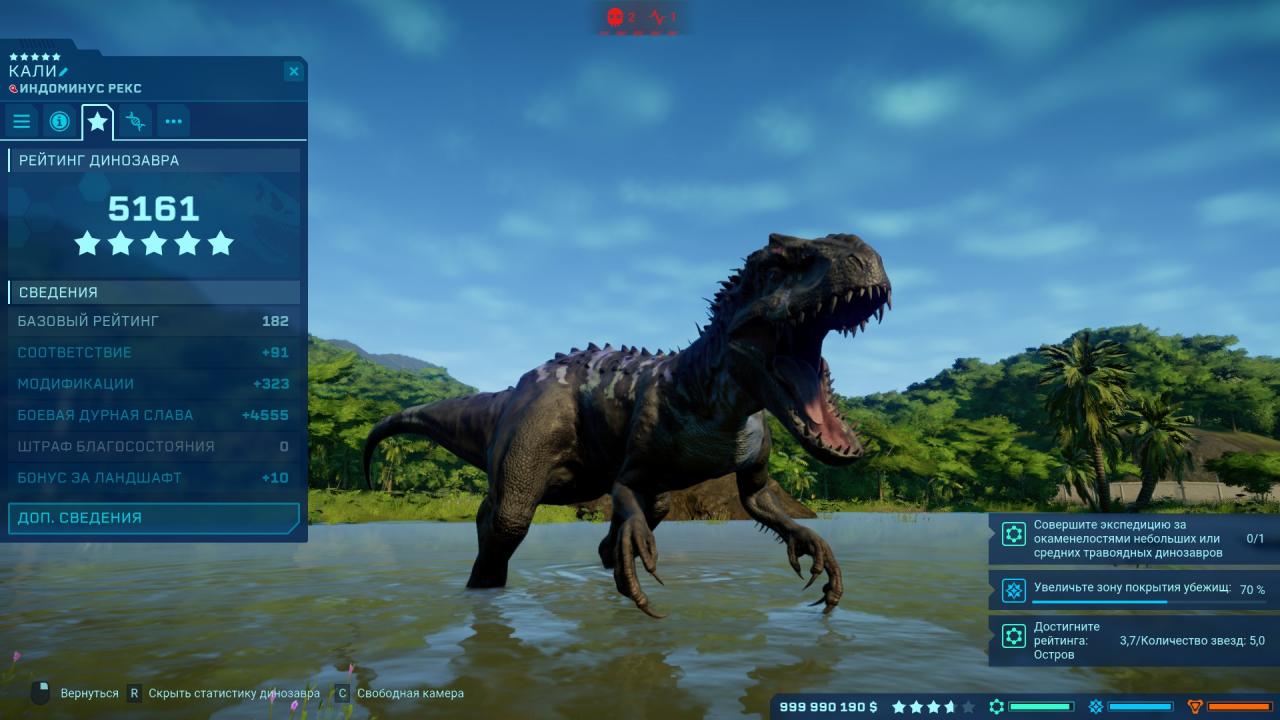 Rest and recover after battling superpredators..
After a certain number of victories, he will bring you the required number of rating units and the desired achievement.