AI files or artificial intelligence settings are located in the game folder in the following path: [Your drive]\[Steam library]\steamappscommonPULSARLostColonySavesAI

1. Download the settings file from the cloud using the following link:
https://www.dropbox.com/sh/2vqz869563eb9c6/AABY1QdftG04CBXqFBu__fuoa?dl=0
2. Throw the downloaded file into the folder with AI settings.
3. Launch the game, launch a campaign.
4. Press TAB and add at least one bot in the menu that opens.
5. Now in the same menu on the TAB button a button has appeared [Crew AI], push it.
6. In the AI ​​setting interface that opens, click the tab with the name [Save/Load] in the left column.
7. Click on the AI ​​settings file from this tutorial a couple of times. Profit! 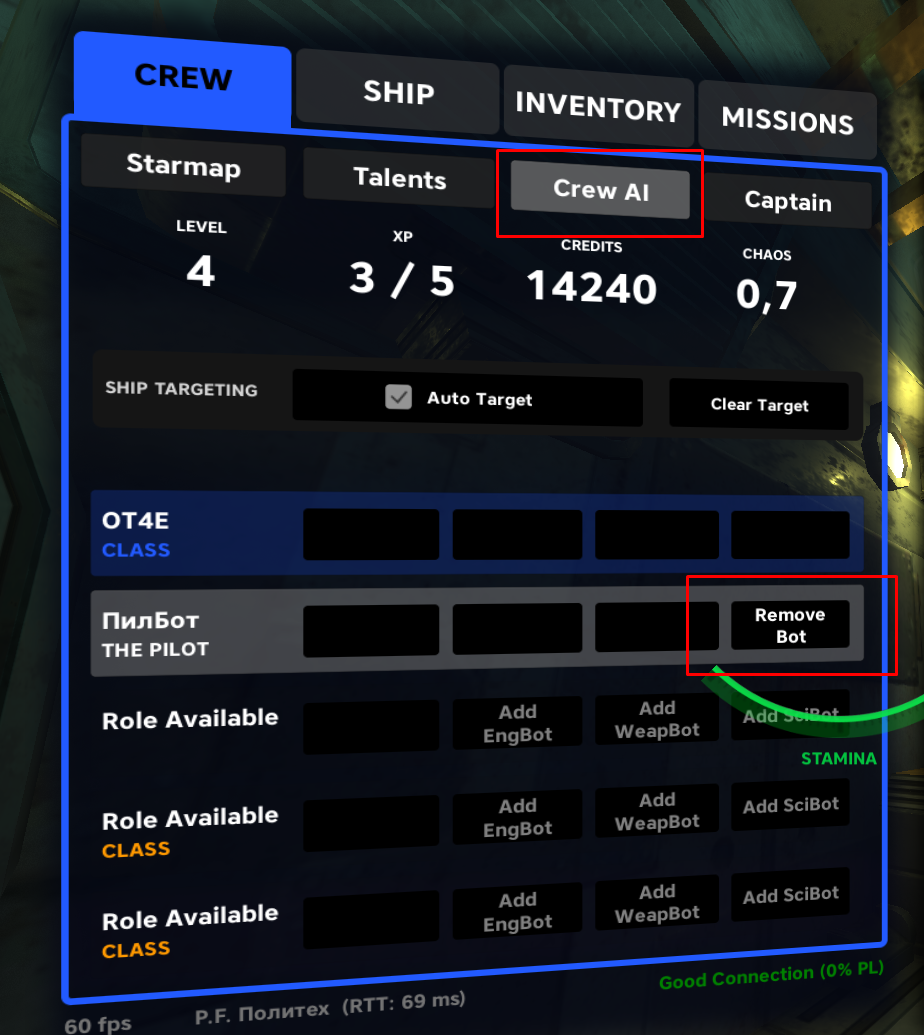 Before playing with configured bots, you need to do some more 2 things: name the command buttons and tell the bots the charging parameters of your warp drive.

Let's start with the name of the buttons.
1. During a campaign press TAB to open the menu.
2. In this menu, press the button [Captain], captain's settings will open.
3. Name the slots the same as mine (commands are tied to specific slots, and not to their names) 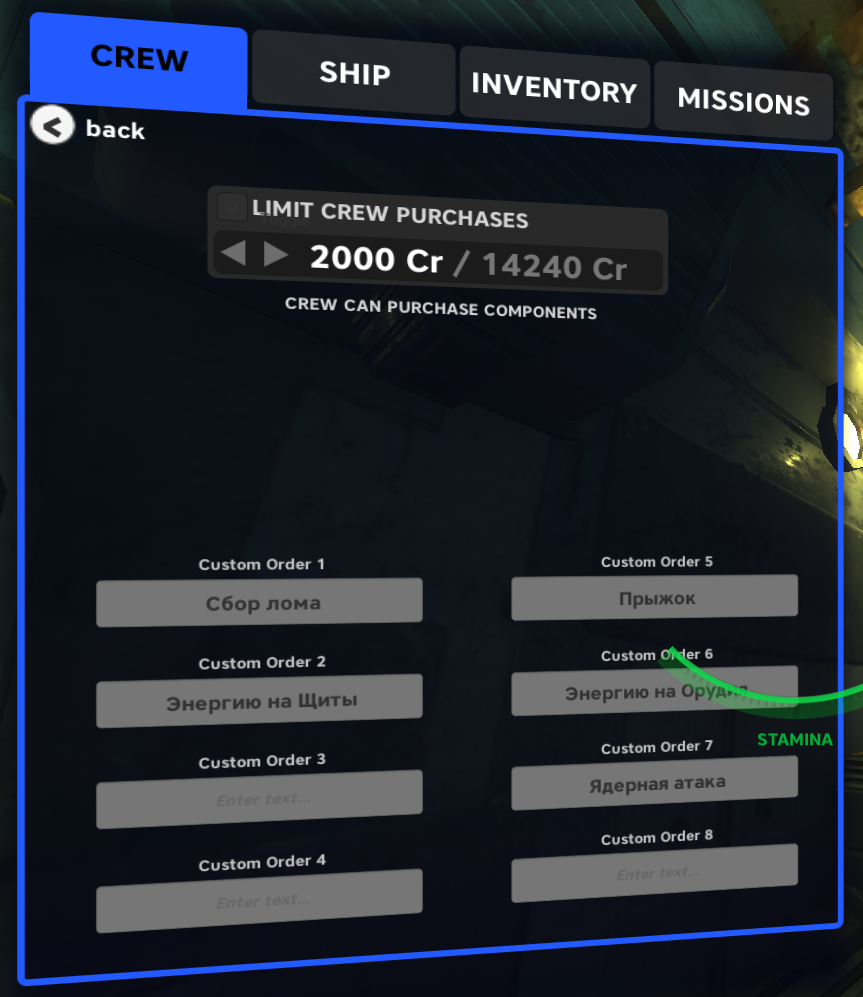 Now let's set the parameters of our warp drive to the bots., so that they do not waste energy capsules for charging programs.
1. See the description of our warp drive for the Charges Per Fuel indicator.. We remember this figure. 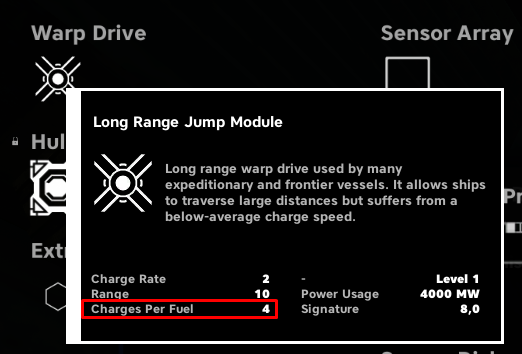 2. Now you need to tell the Bot-Scientist when to manually charge the programs. It is he who does this in my AI config, not Engineer Bot. But you can correct this parameter for all bots., if you are going to change the AI ​​for yourself. Click the TAB button [Crew AI]. And do everything as in the picture below. The places you need to click are underlined or circled in red. What is not highlighted in red – do not touch. We drive in the same number as in the Charges Per Fuel parameter of the warp drive. 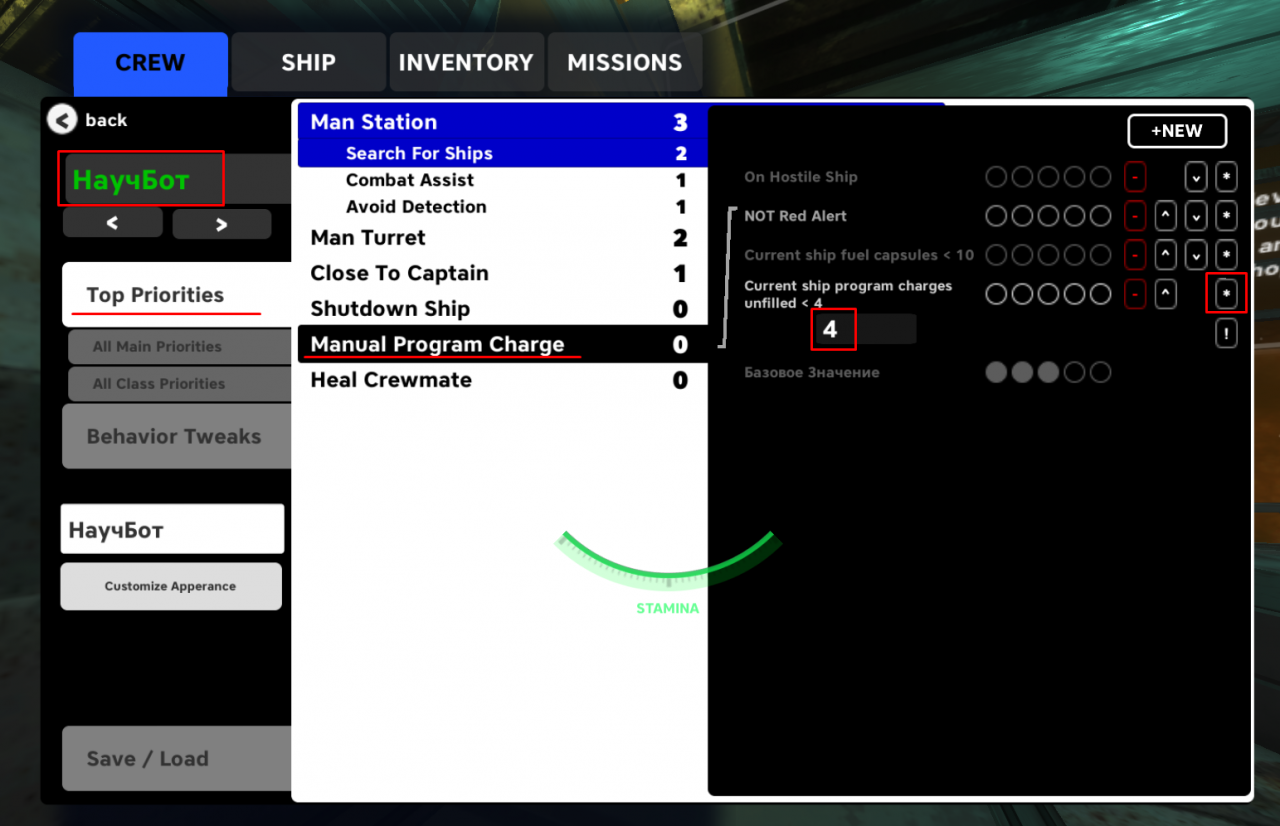 3. Settings are applied immediately. But you can save these settings in the Save Load menu in the same window..

Solo several times with these settings..
During the battle with a large number of opponents, I tried to control the ship manually, the same goes for boss fights. Remember to prioritize goals.
The main algorithms of my bots are described below.:
1. The Pilot Bot will automatically park in the repair dock, if the case is damaged. But he won't fly to the warp gates, if in a repair dock. Normal warp from the repair dock goes smoothly, but to use the warp gate, manually move the ship out of the repair dock. Then the bot will enter the gate itself. If we remove this limitation, then in the current version of the game, on the way from the repair dock to the warp gate, the bot will crash the ship.
2. Almost all Scientist programs are configured for use, but something rare and unpopular can be used by the bot according to the default AI rules. In atypical situations, use the necessary programs yourself. But in general, the bot copes with combat and protective tasks, steals money, an emergency charge of the warp is performed, when the indicators of the shield and hull are lower 30%
3. Even a loaded nuclear weapon, the Shooter-Bot will shoot only if your target is much stronger than your ship. Therefore, on weak targets, launch nuclear weapons yourself.
4. Launching missiles from a ship is very fine-tuned to balance damage and ammo depletion. In particular, a missile that removes shields is launched depending on the distance to the target and the state of its shields. – the fewer shields left, the closer you need to fly. The rest are tuned in to priority goals for themselves., and the starts are balanced for a uniform flow. Eliminating the situation, when the enemy tries to call for help, then the bot will try to finish off the target faster despite the extra consumption of missiles.
5. If during the order “Collecting Scrap” the ship stopped – means the Bot Pilot no longer sees scrap in the location or there is no free space in the hold. In the latter case, the bot will try to stop next to the unselected crowbar.. If there is no scrap at the location, then Bot Scientist will start using an active scanner with a characteristic sound.
6. Engineer-Bot turns off systems that are not needed at the moment to save energy.
7. Scientist bot will manually charge programs until, until the number of empty charges of programs specified by you in the settings remains. This is done to conserve capsule charge.. Therefore, keep important programs at the top of the list.. And the last one on the list is to keep a program that muffles long-distance communication., well, or something else that is used only once per battle. If you already have a lot of money and you don't care about saving capsules, then in the settings of the Scientist-Bot, enter the number 0. Then the bot will manually charge the programs until, until it charges everything.