Here I will show you how to assemble a rocket., how to start it, conduct business related to economics and science. game terminology, and what you need to do for all this. In simple and understandable language.

To begin with, the most important and simple. What do you need to understand whether you are saving or not?
The answer is simple! 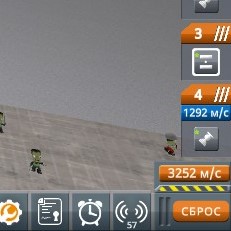 <—-This blue crap with numbers is very useful., it is she who shows what speed the engine can throw out within one stage, before he eats all the diesel from the tanks. By the way, the weight of the subsequent steps is also taken into account.. 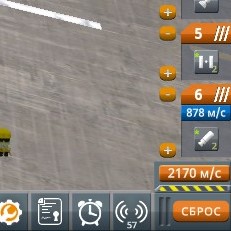 <—-This thing does the same thing only adds up all the steps. And gives the overall result.

Many will ask what this infa gives us? The answer is even simpler than it was. And in order not to write kilotons of text, I will show you with the help of pictures.

As we see this burner (highlighted in green) will speed us up 1292 m / c. what she does is clear. but what if you want MORE.

There are two approaches, one works for sure.
And the second one is disabled because he works 50 on 50.
These are the two ways.
PICTURE №5 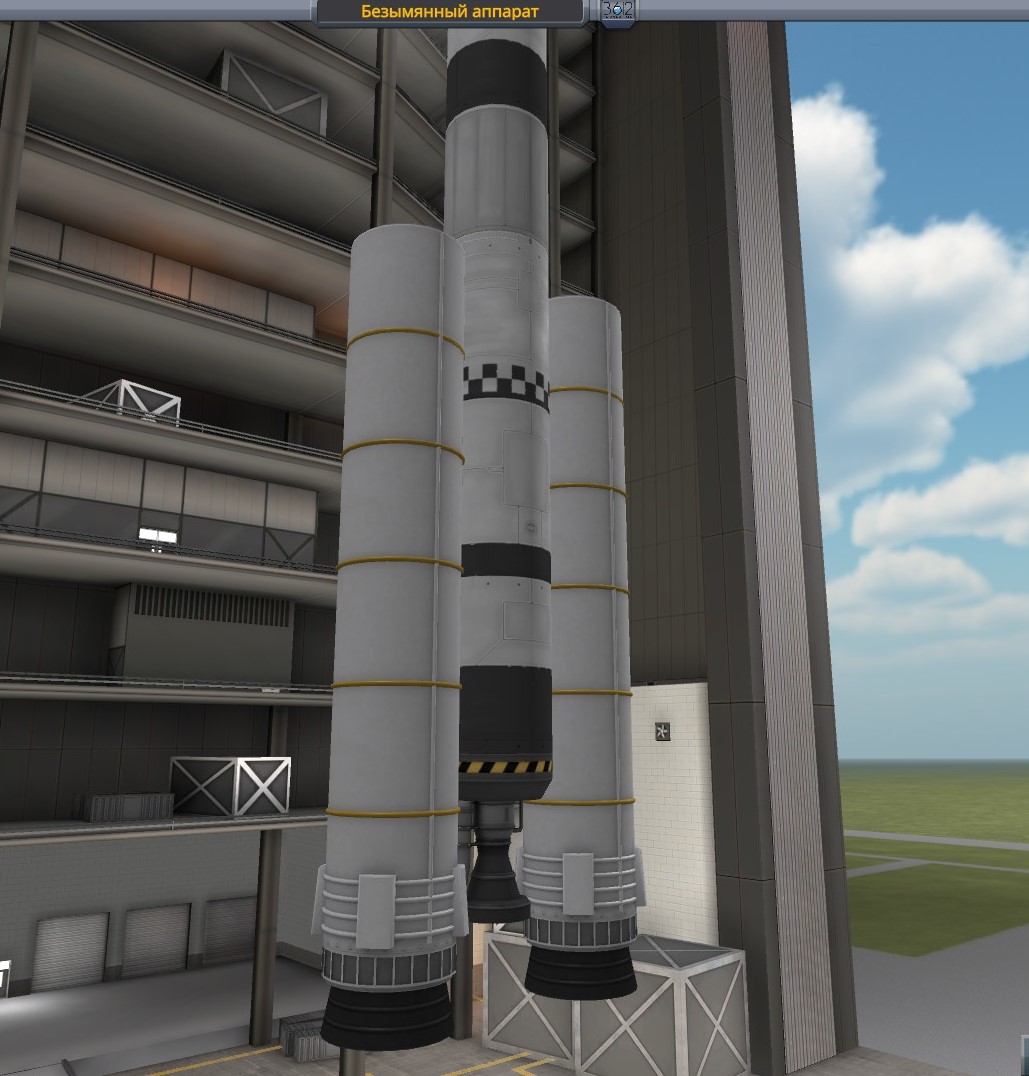 The first way is to increase the bottom (the first) step, it is quite effective.

With the second, everything is more complicated, this way can + -work in several cases.

First case – build-up from above is insignificant for the previous steps. 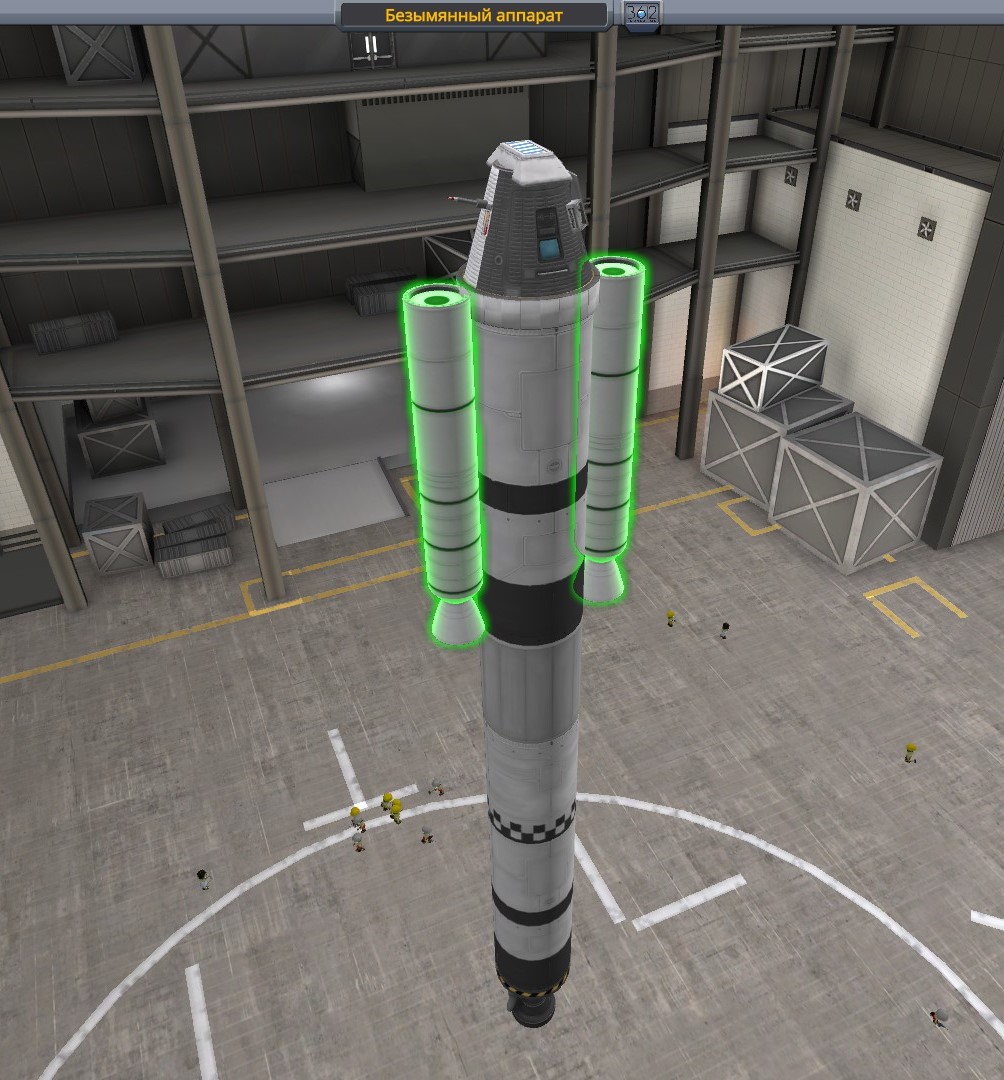 Second case – the first step is growing And the one you are increasing.
PICTURE №7 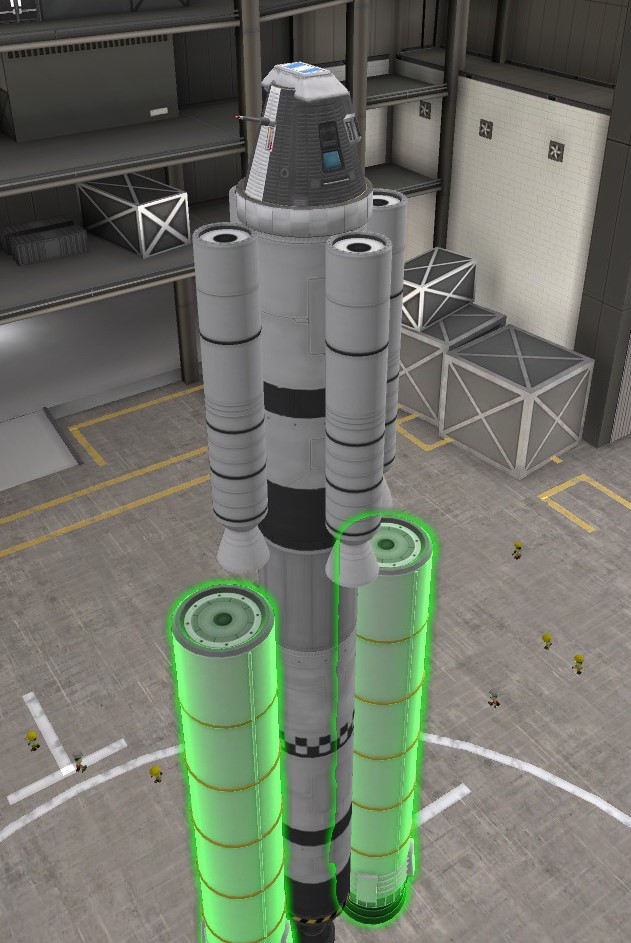 Many will ask. “so what is the minus of the second method of double building?” And I will answer. the point is that it is very expensive (I think why shouldn't I say). And everything else is not effective, and now you will see why it is so. (look at the blue dial to understand what I'm comparing) 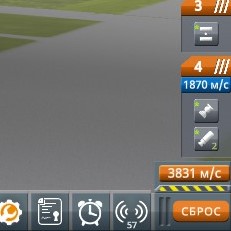 <— this is a method with only the first step (the power of the step from picture No. 5). 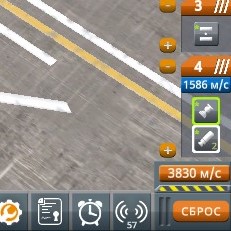 all pictures are numbered see above if you don't understand anything.

Suddenly, truth? I think to say that building up the first stage is cheaper than two at once. So I shined you in the basics of economy and terminology.. There is a slightly more complex thing with the so-called TVR.
but in short, if the TBR indicator is greater 1.5 the rocket is flying well, if less is bad. (to see the TVR steps, click on the blue dial) 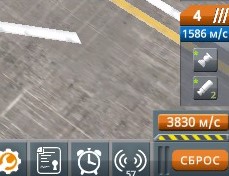 In general, look at the blue dial in each step, increase them only as needed and you will succeed!

How to manage a blank?

And so it would seem that there could be something wrong, but there are also some nuances here, well, first of all, use the Z and X keys to switch thrust.

To smoothly increase and decrease shift and ctrl.
And remember, SOME UNITS NEED A SEPARATE HYRODINE TO CONTROL SOME UNITS (gyrodine is what allows you to steer in a vacuum). for example, here's a command module WITHOUT a gyrodine. 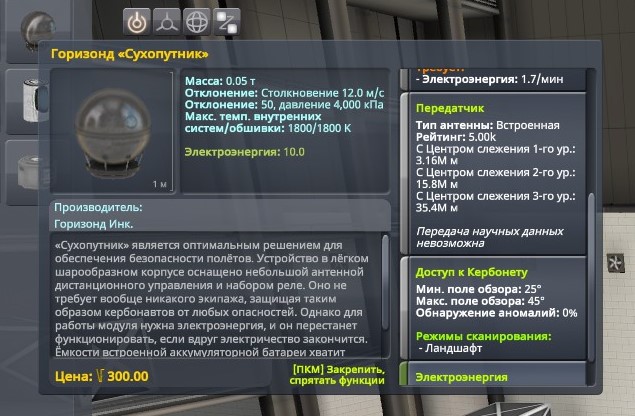 This creature does not have a built-in gyrodine. In other words, without steering rod engines, he will not be able to turn in space. (all liquid fuel engines have steering thrust except the engine “torch” but it is more powerful)

By the way, always remember that all solid fuel engines do not have a steering wheel. All fixed-thrust engines are solid-fuel. 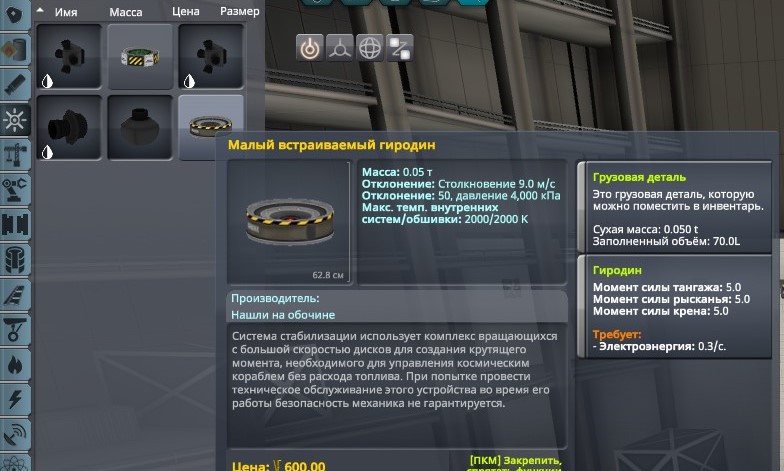 It is also worth mentioning that the control system is not as intuitive as on the ground., and now I will show you the basic maneuvers for entering the orbit of Kerbin or other cosmic bodies.

So after assembling the rocket, you launched it and provided it on the launch pad. The first preparation is to turn on the Auto Stabilization System in abbreviated form – SAS. 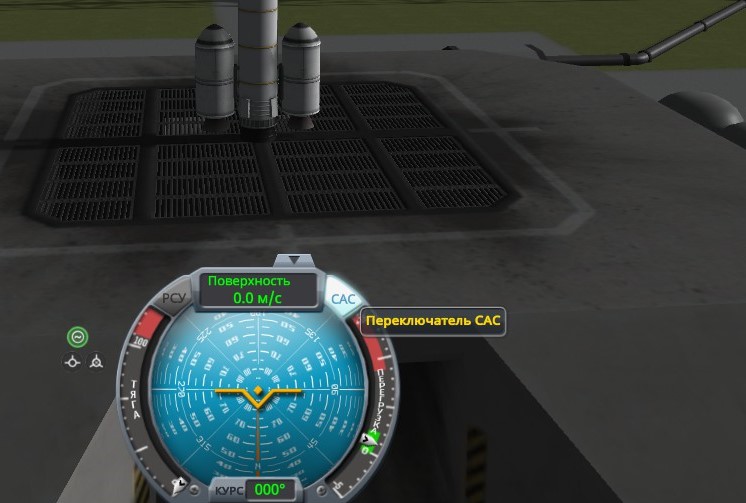 It is below the center of the screen..

Then press the key “space” if you have liquid fuel engines “WITH” to turn on full thrust on them.
If you didn't mess with the steps, then you flew up, Hurrah. But what's next? But what.

[As you get closer to the mark 10000 meters, start tilting the rocket to the right little by little. 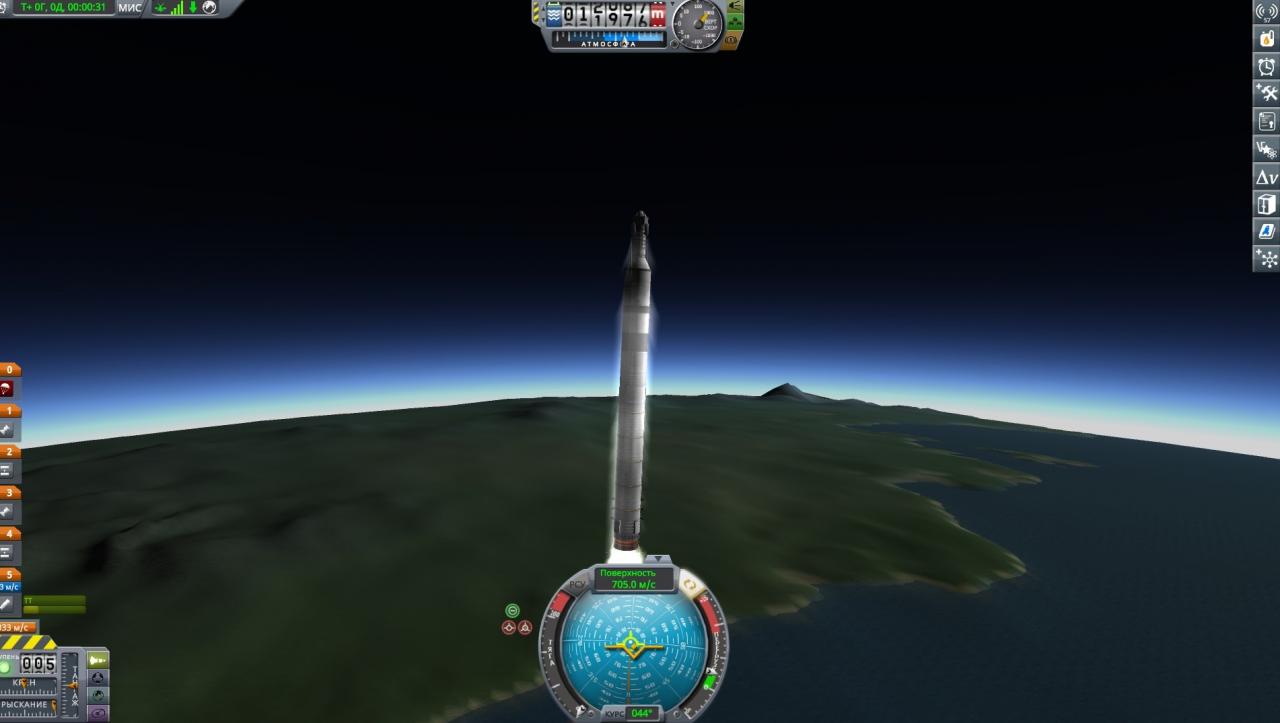 Further, already in the stratosphere, we bring our Apogelius to 80 000 meters. 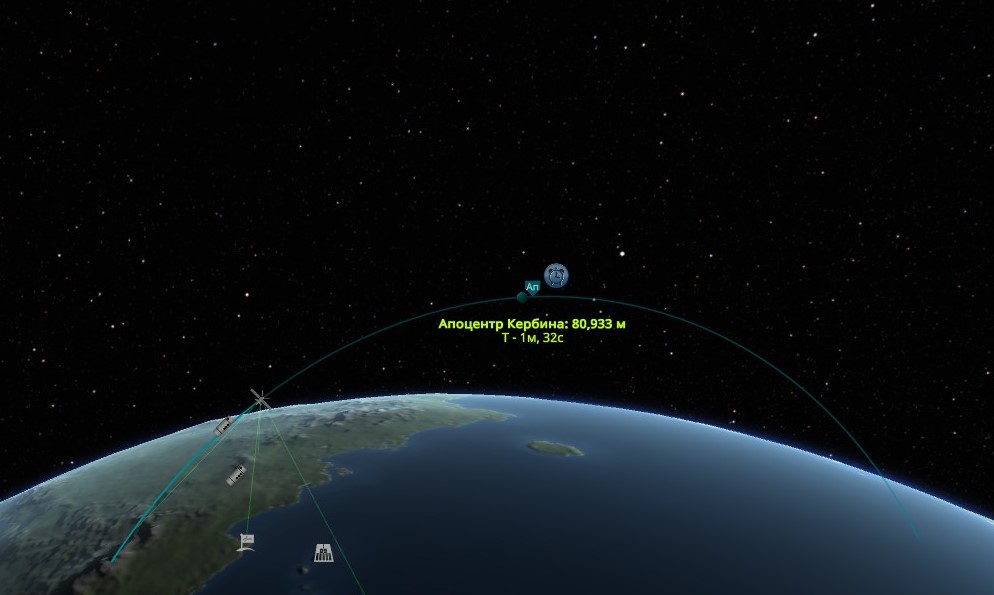 Next, we accelerate the time here almost to the very Apogelia and turn on the engines by directing our rocket strictly in motion. 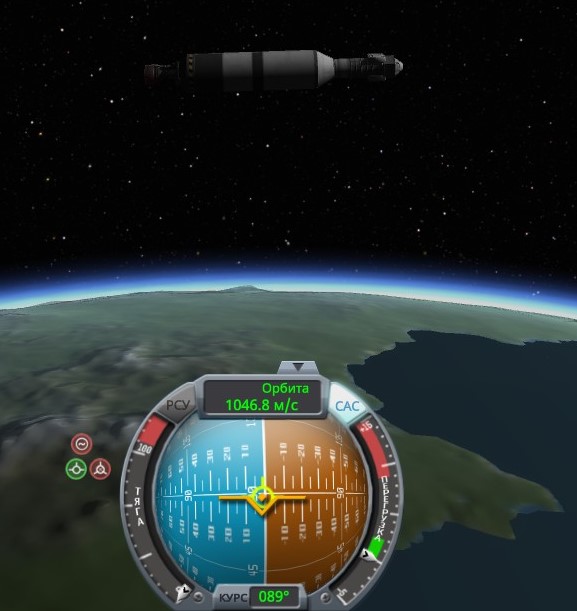 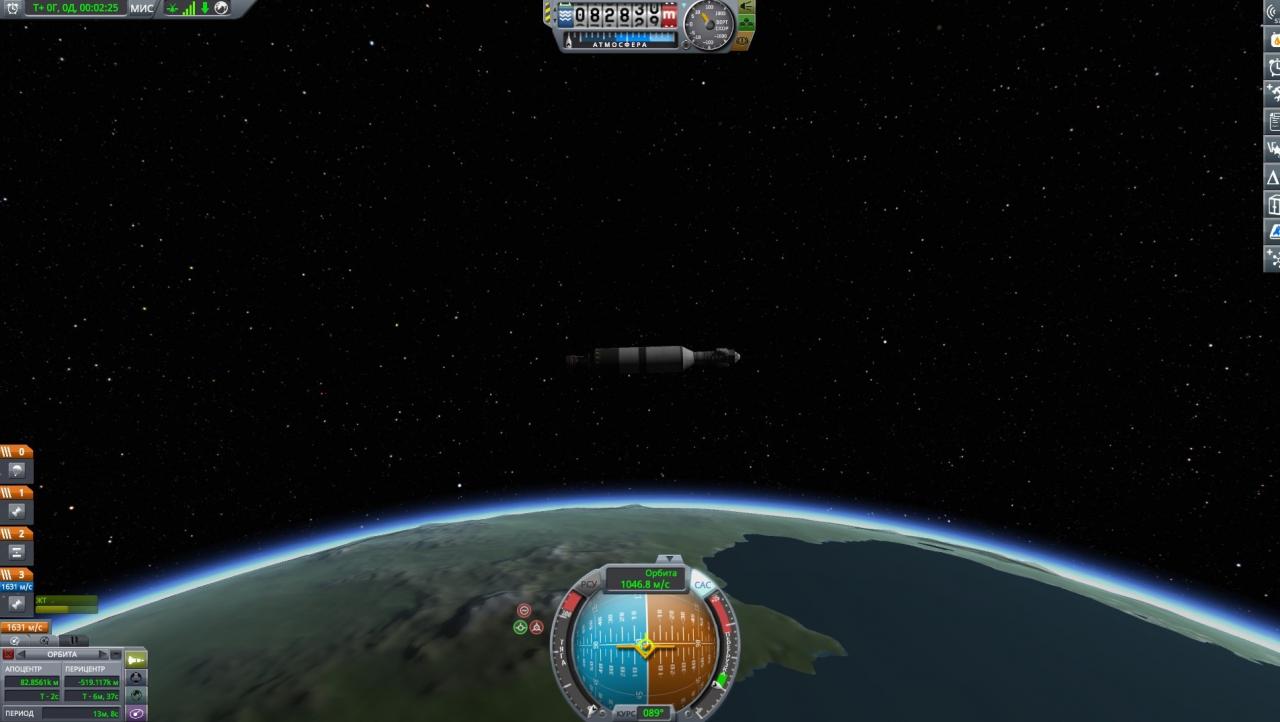 And immediately turn on the engine to full.

We open the card for “M” and watch until our trajectory circle closes on the other side of the kerbin.

after which we look here. 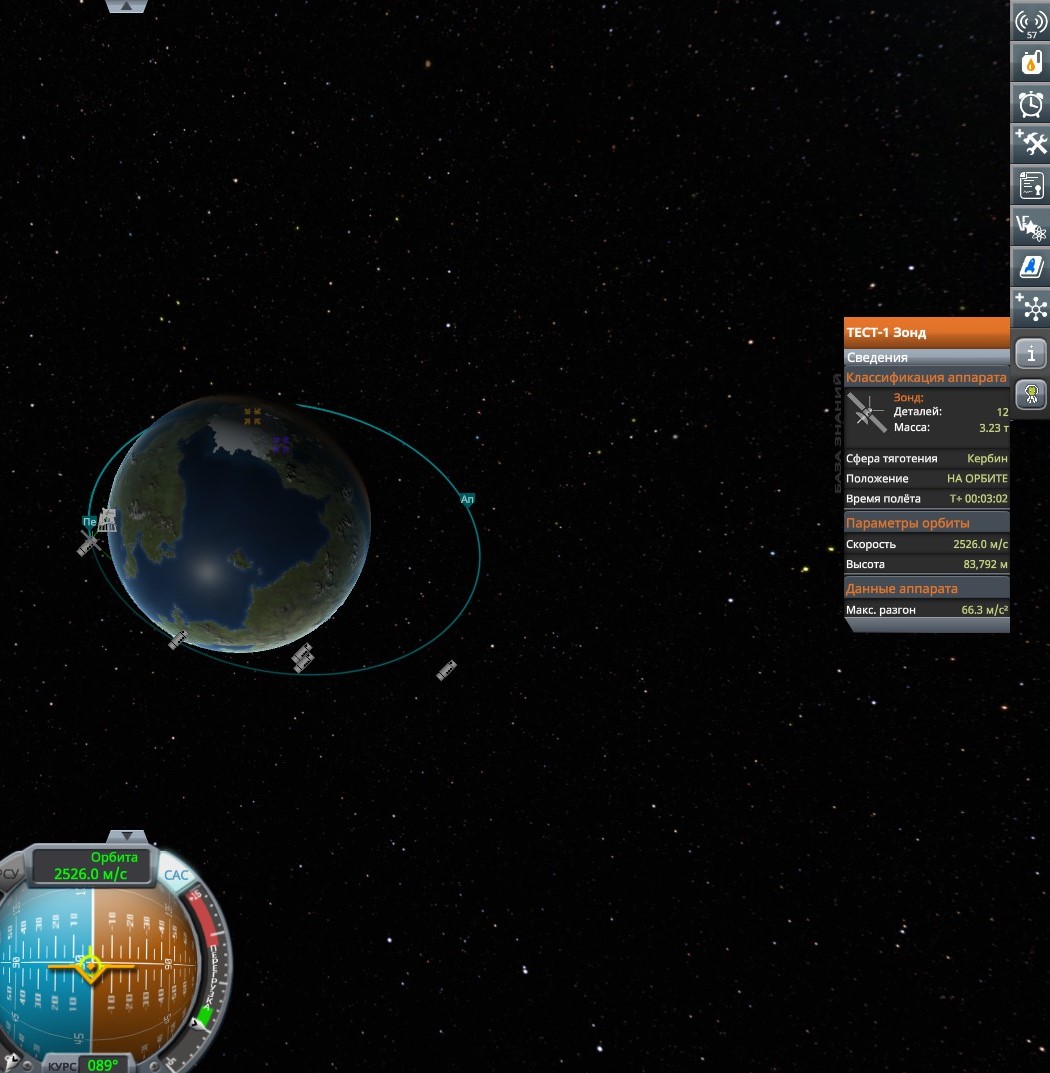 If it says that you are in orbit, then everything worked out.

If we want to go to the moon, then we move the camera away and turn on the engine a little earlier than the Perehelium point so that it would turn out like this or a little higher. 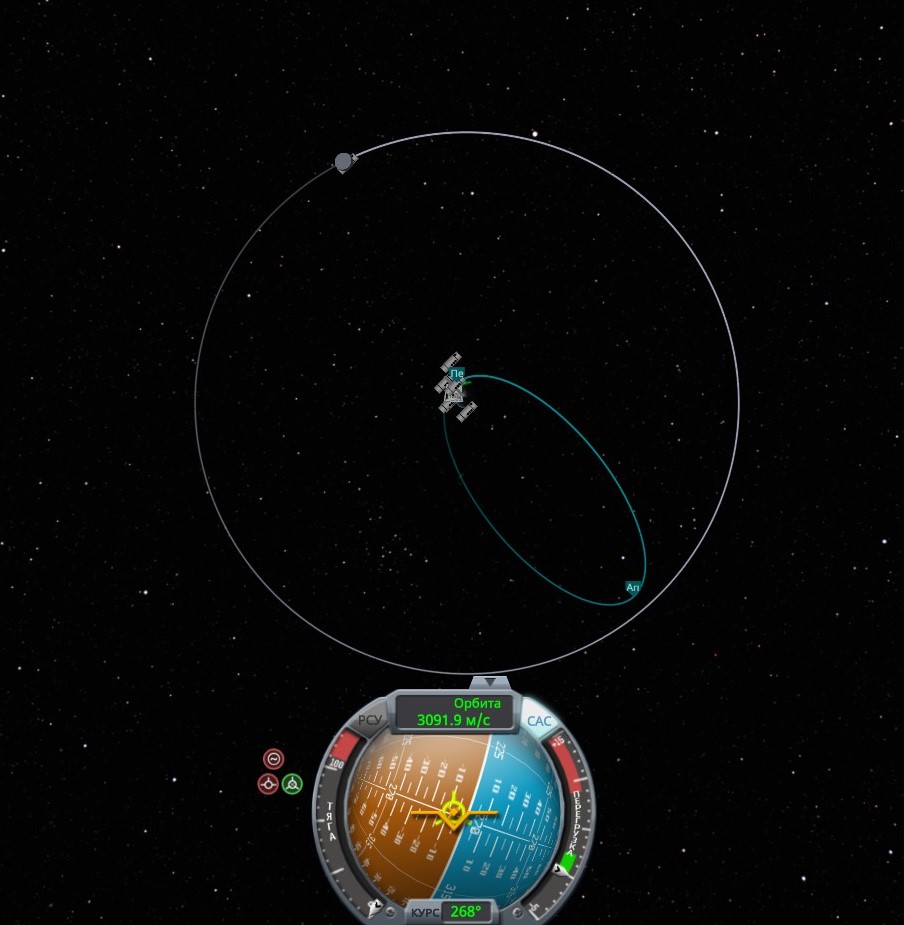 Then we just speed up the time (preferably not to the maximum, otherwise miss the moment) and wait further if we see a change in the color of the orbit, then you are already close to the goal. Color change is a predicted trajectory. 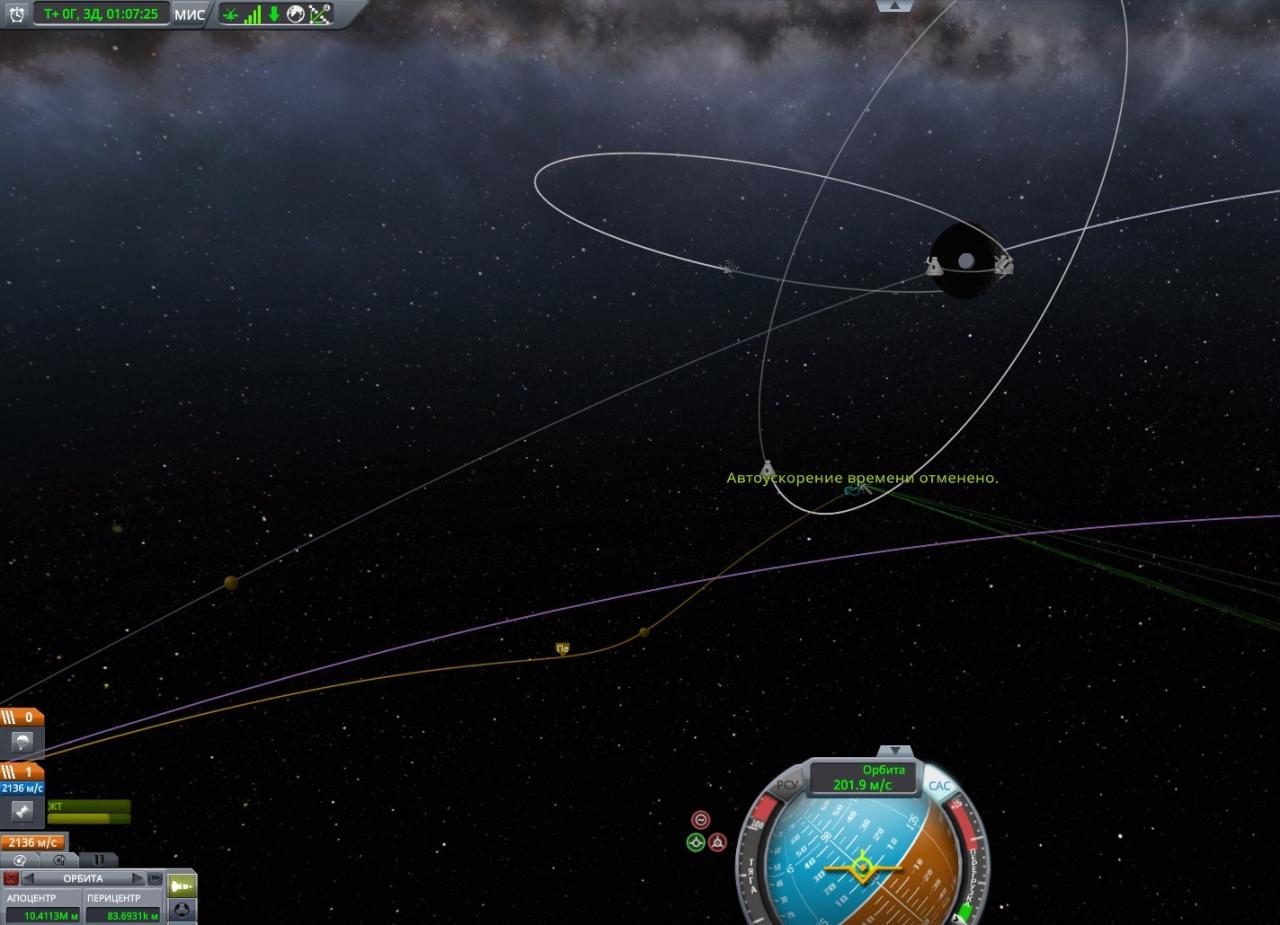 this is what I mean by changing the color of the orbit.

Then, just before the overheating of the moon, we turn against the movement like this. And turn on the engine until the circle is closed around the moon and you are all in the orbit of the moon. 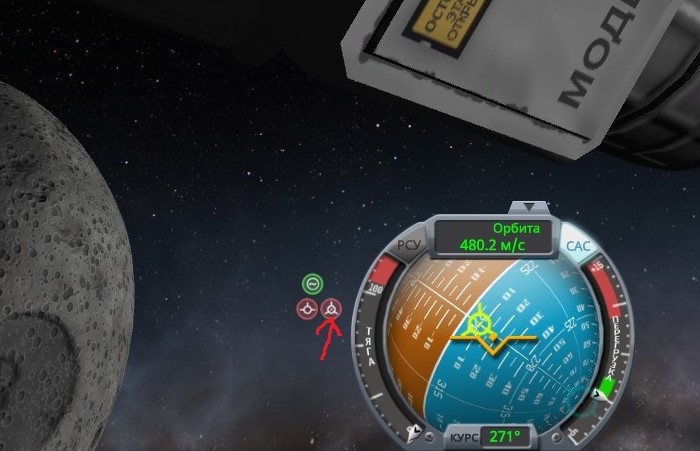 (I will continue if the guide is popular)

How to run the economy?

And so to begin with, I'll tell you how to get money, to do this, be sure to use this building,it will offer you contracts. 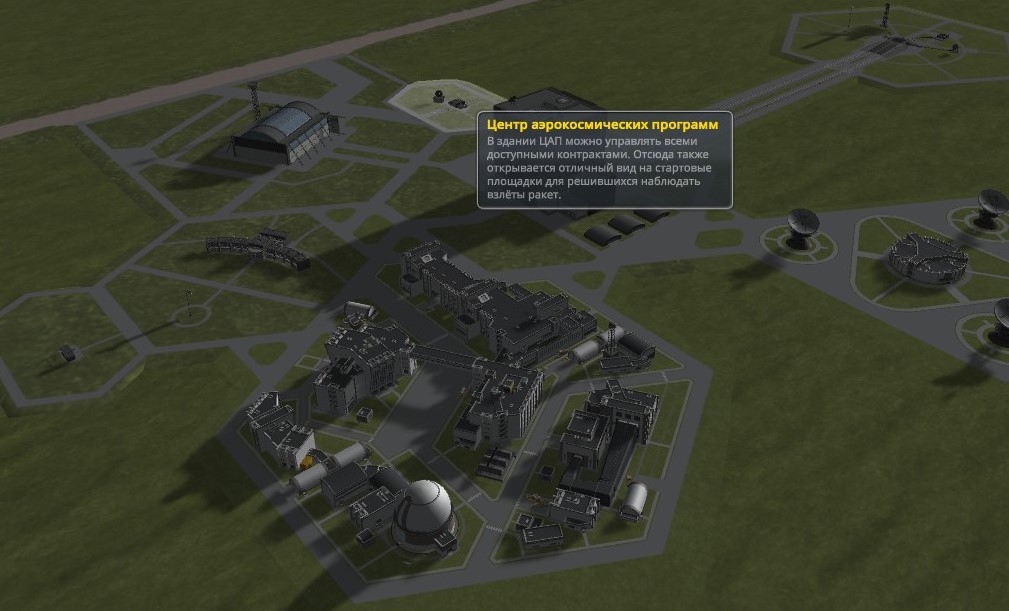 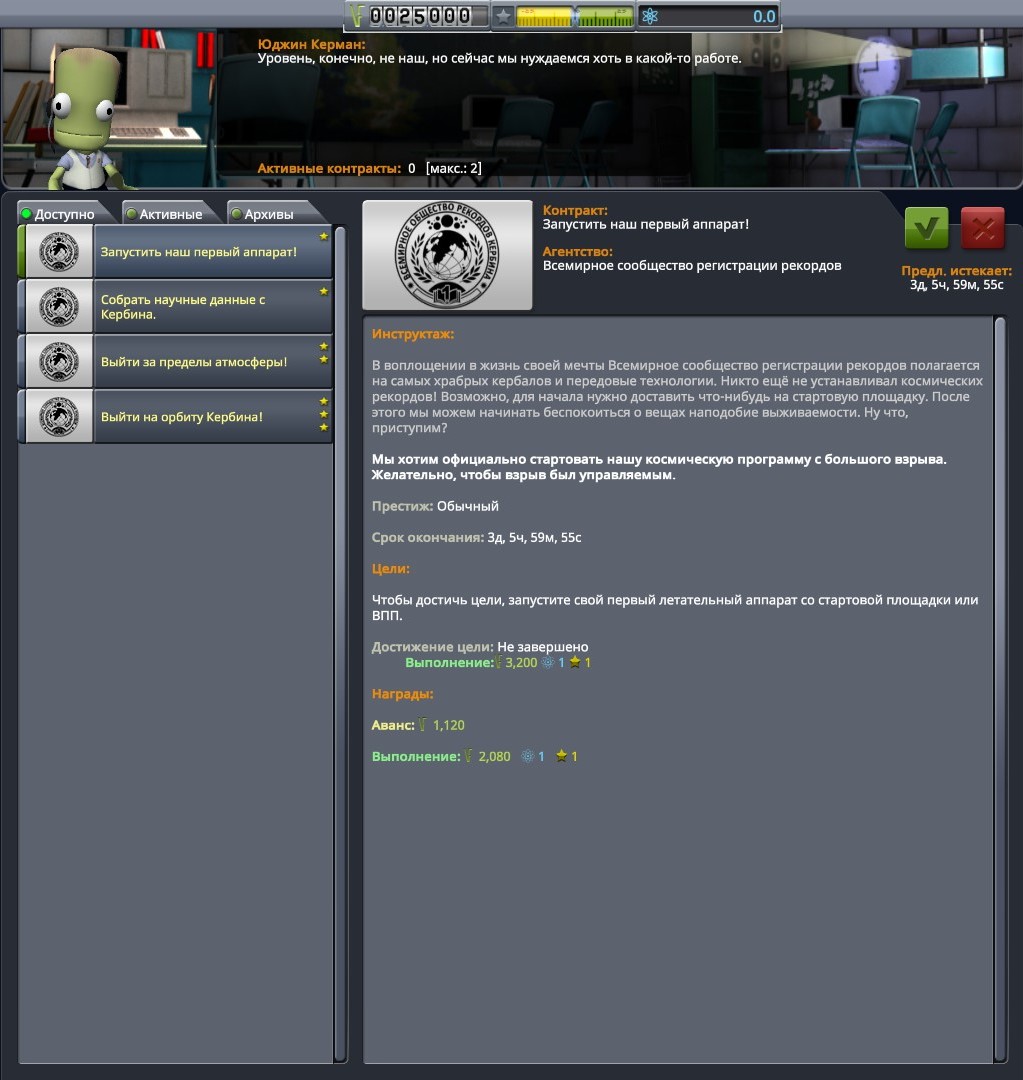 There is nothing difficult here, we just choose a contract we are able to do and execute according to the conditions of the given
US.

You can also choose strategies for their implementation., like more reputation but less dough or more science but less reputation, etc.. All this
allows you to do administration building. 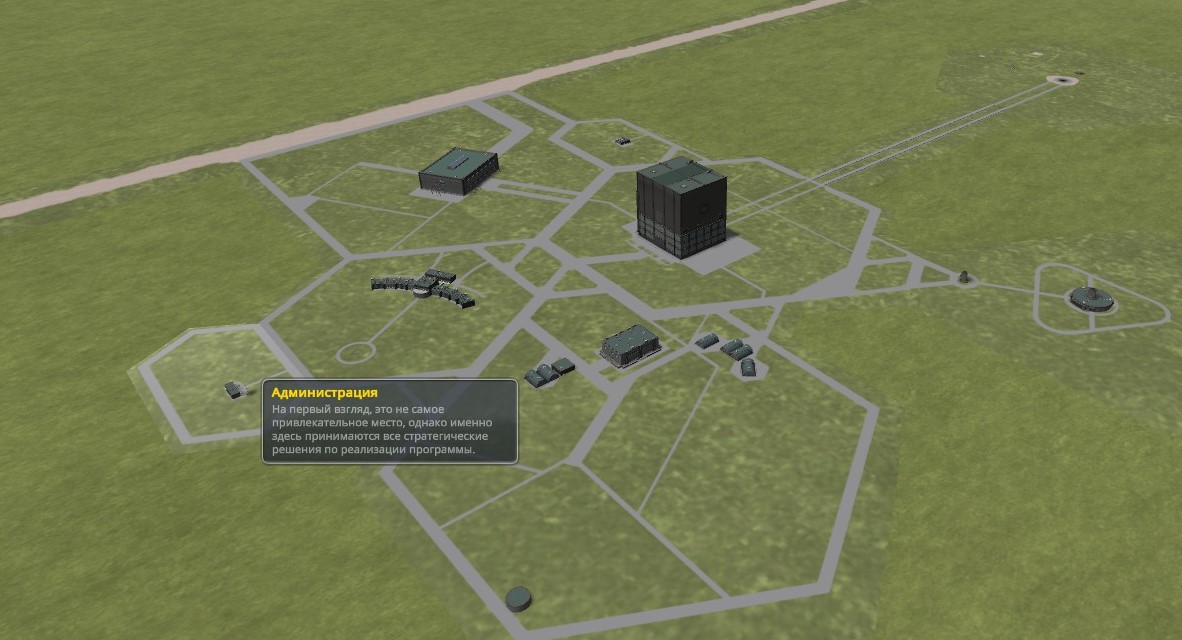 And I also do not advise you to hire new astronauts until you really need it.. 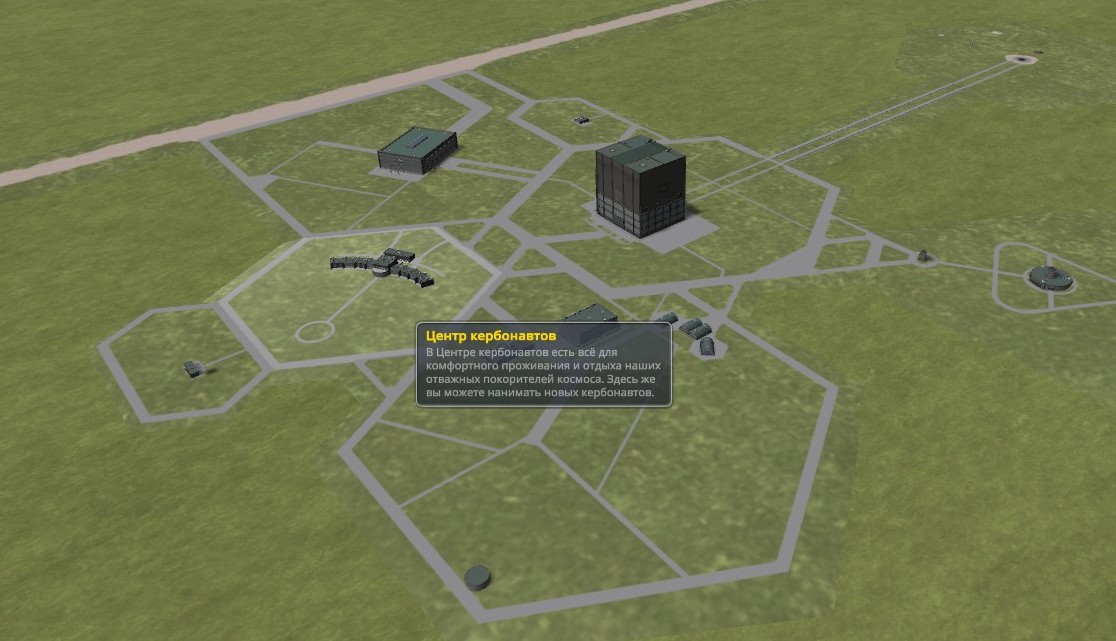 But if you need this is what the building looks like to hire them..

My advice to you, download this thread first. It will be useful to you for one of the most basic research instruments and good really useful parachutes, in contrast to the starting ones.. 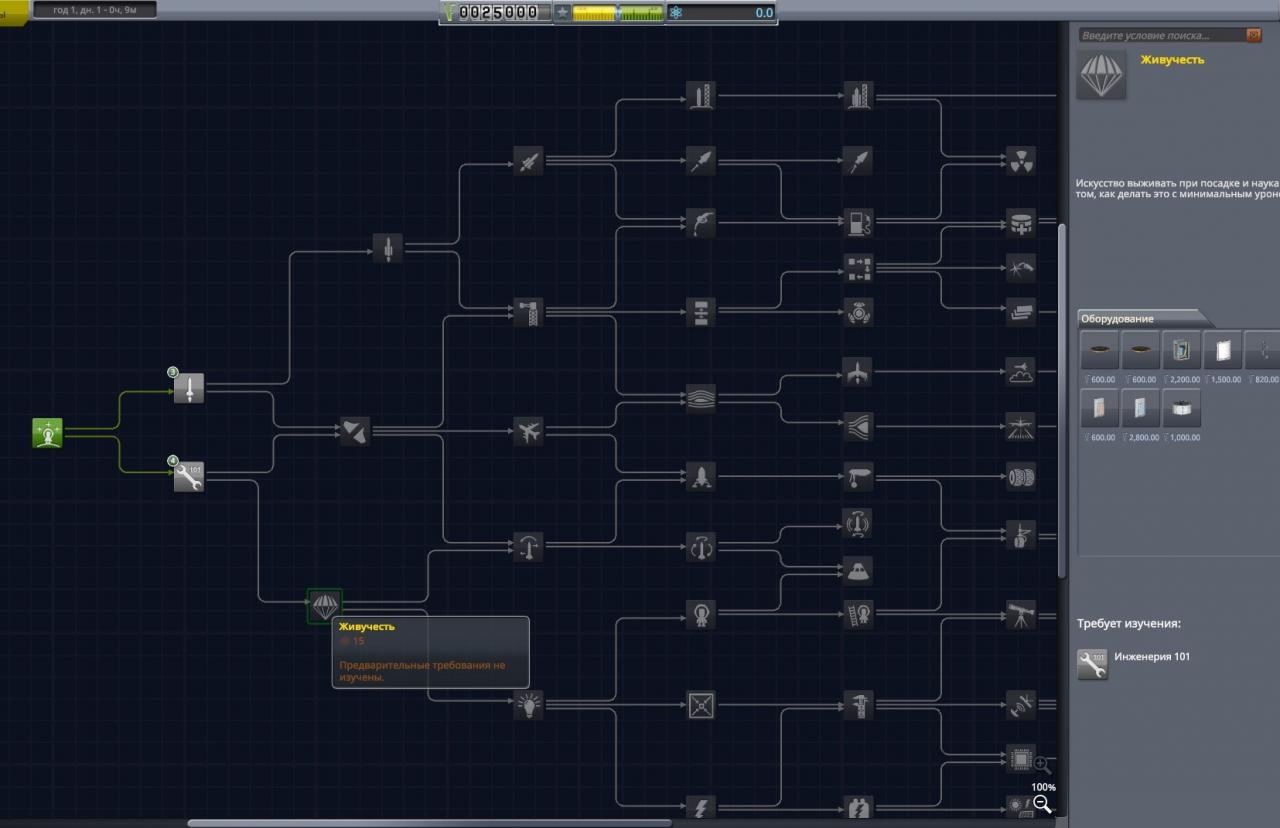 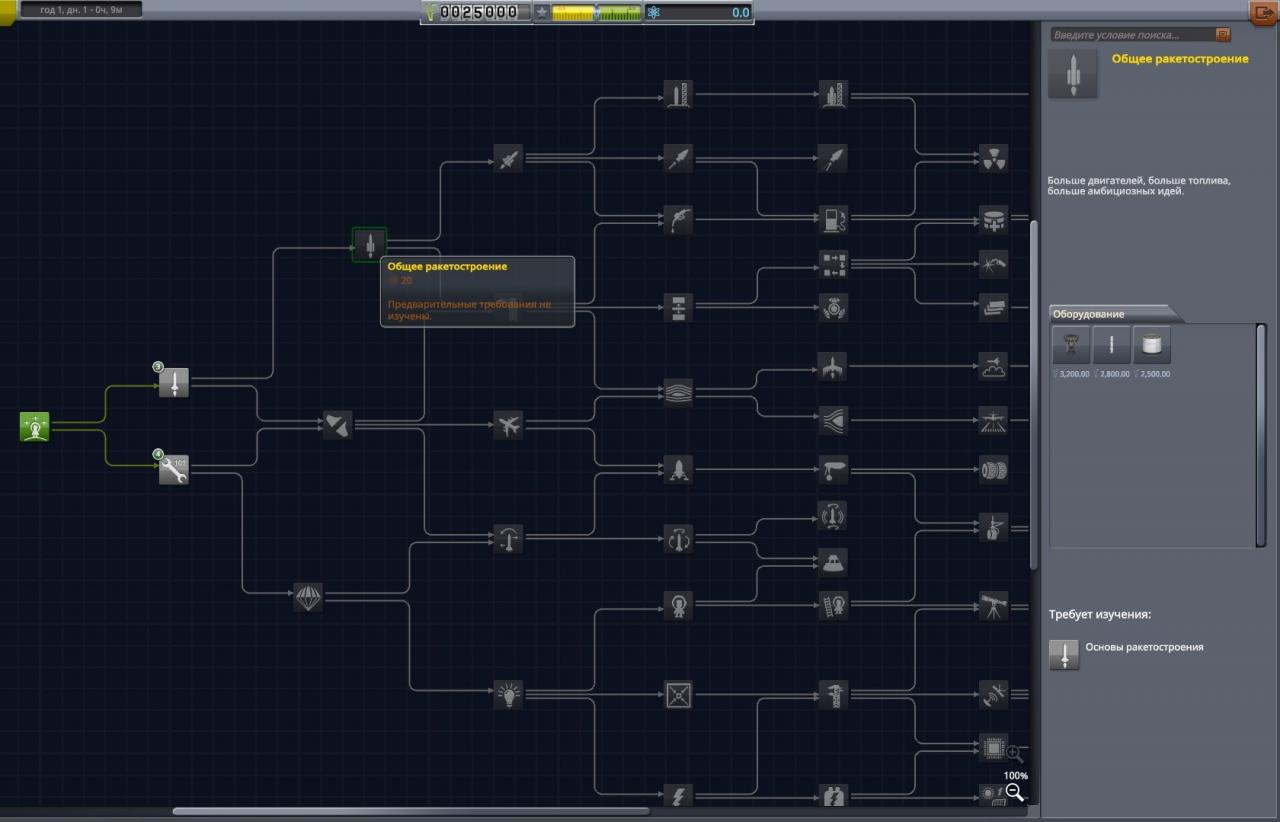 And then this thread. They are the most useful and necessary things in the future.. It will give you access to good fuel tanks and clear boosters..

Well, now how to get science.
To begin with, we stand here such a rocket. And we begin the flight of the rocket. 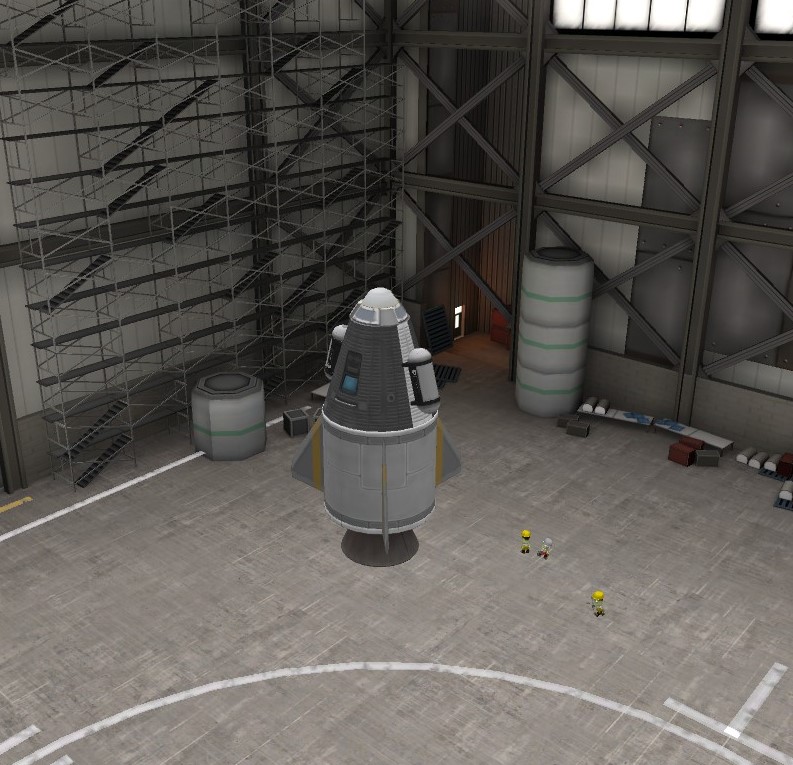 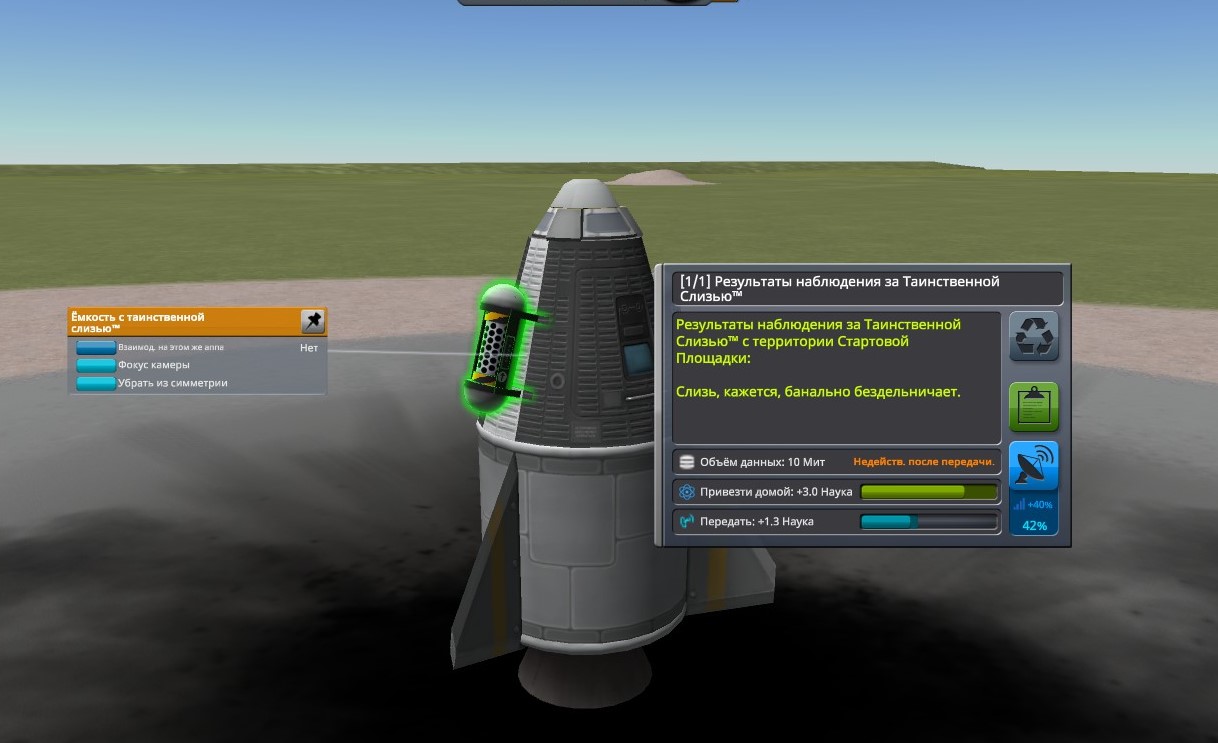 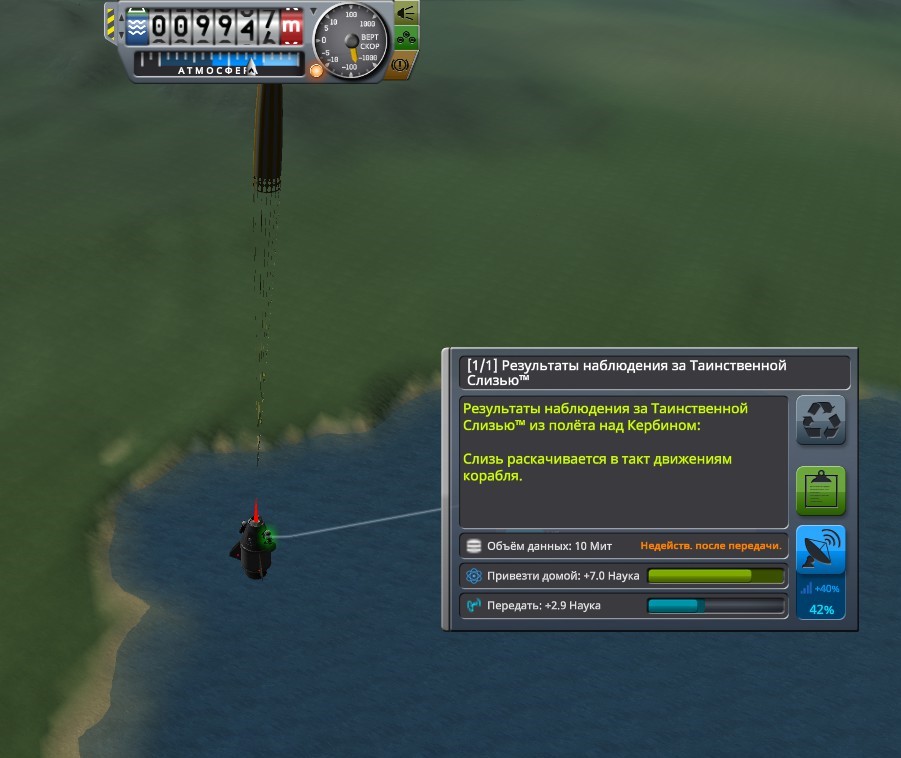 Then we take off and when we parachute we take second measurements of other mucus. And voila, you have a basic supply of science from which you can develop further..

On my own I want to add, that in the future, when flying to distant objects, put this trash can. This crap can collect data during flight from reusable sensors such as a thermometer or barometer..

And if you have a scientist on board, then just leave the ship as a scientist and restore a module like a can of slime.