In this guide, I will try to create a canon build of the Griffin School witchers.

Hello everyone! Today I want to show the griffin school witcher build, I hope you like it, but before these little stories.
The founder of the school and his closest associates believed, that in the training of adepts attention should be paid not only to swordsmanship and the skill of an assassin, but also the skills of the tracker, development of magical abilities, general education and erudition of students, who spent a lot of time in the richest library of the Griffin castle. Unlike some other witch schools, the Griffin School had an excellent reputation, and its members were famous for knightly valor and virtues.
By equipment, which is presented in the third part of the game, we can conclude, that the witchers of this school wore medium armor, and also specialized in the application of signs, and their effect on the Griffins was several times stronger, than representatives of other schools.
I want to emphasize, what the build will do closer to canon, and not for the convenience of the game. This moment is worth considering. Skills you would change, you can write in the comments. 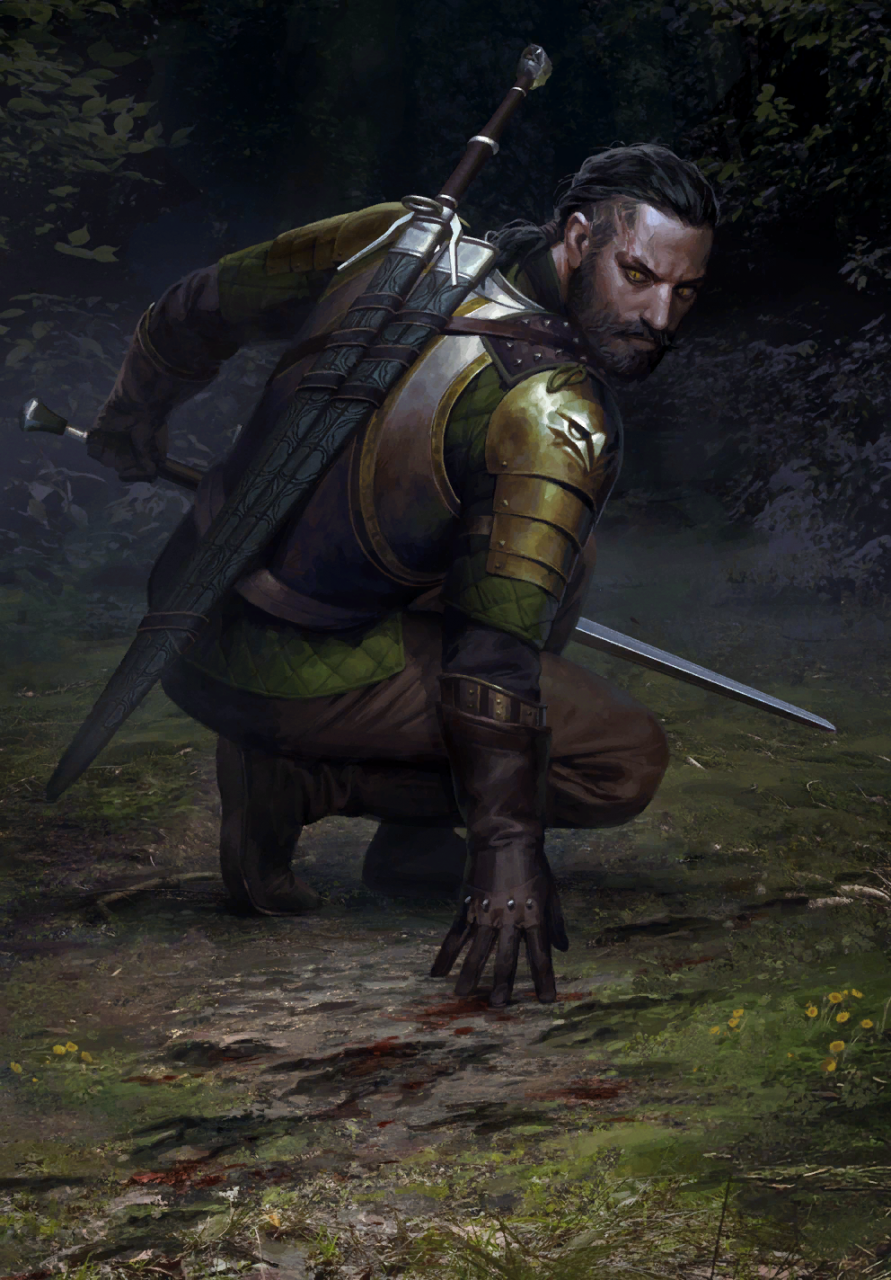 Skills, which we need
Attention!

I want to notice, that the level of intoxication is minimal, so when using elixirs, you need to be extremely careful. 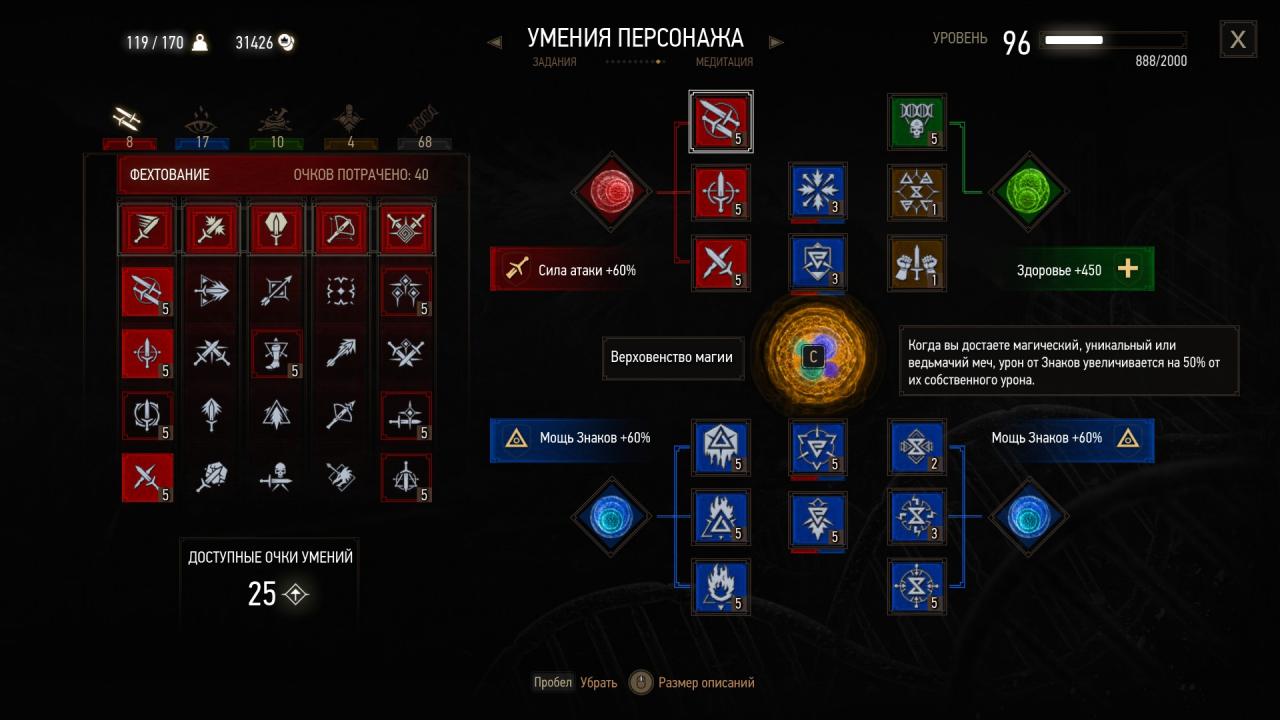 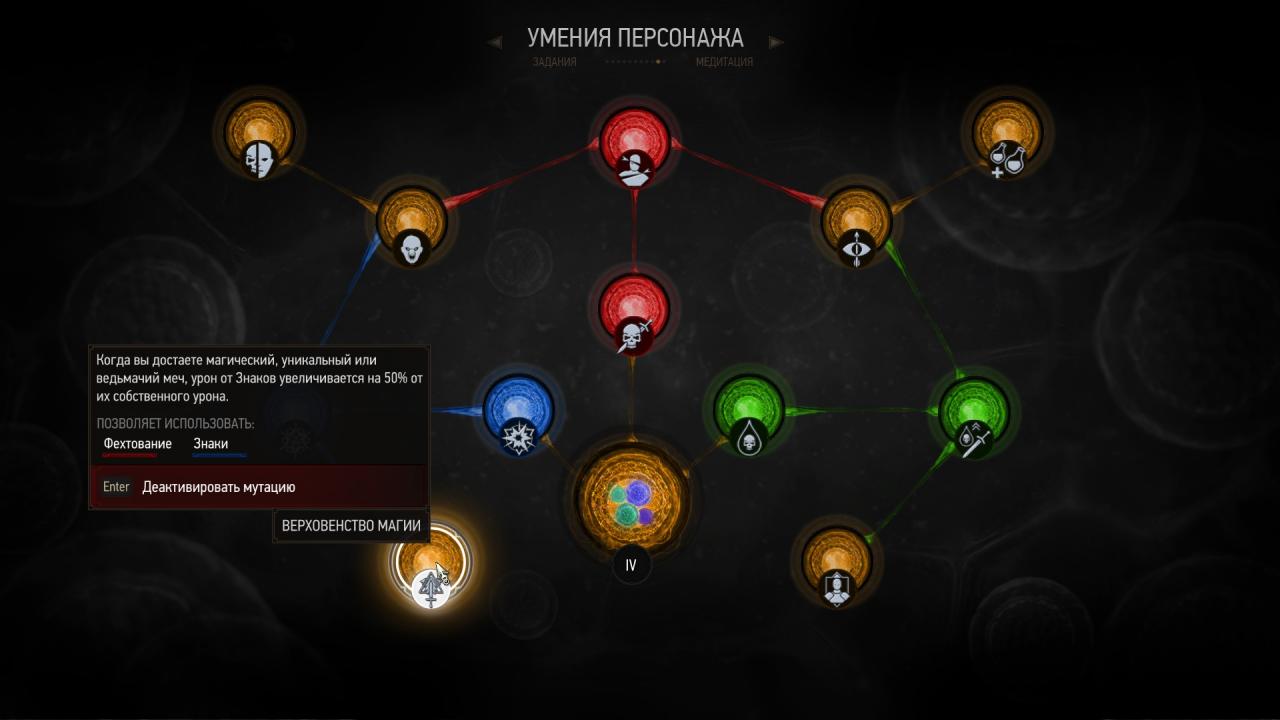 The level of intoxication is minimal, so when using elixirs, you need to be extremely careful. I talked about this in the last section. 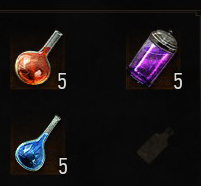 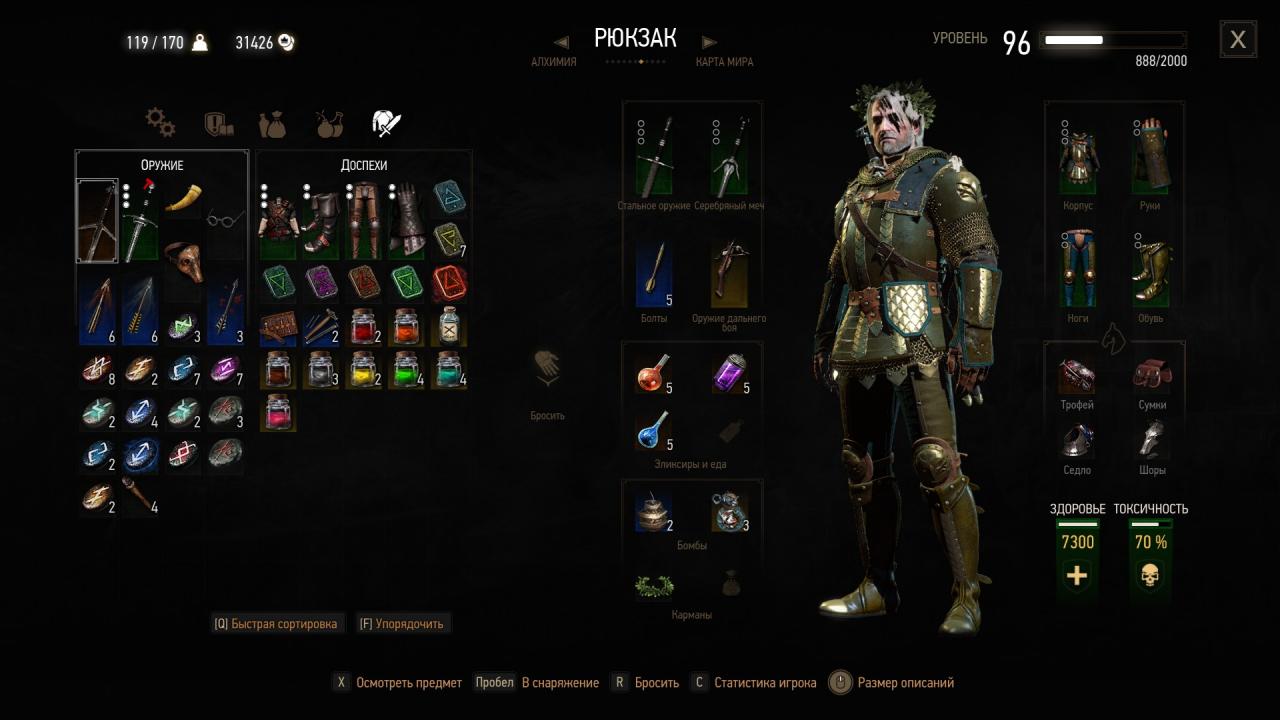