Hyde wrote on behalf of the paladin “Elsa”, with priority to pass Order \ Mastery. Considering alternatives whenever possible.

I do not guarantee what I found 100% chests (concerns more continuation, than the prologue, but if you find what I missed, you can correct by attaching a screen). I will not attach screenshots of enemies, since the guide has already been done “Lossless prologue”, you can see there.

It is important to take the first available scroll for experience in the game, statue chest.

Location of chests and altars, order of battles, exp.

Expo for the fight: 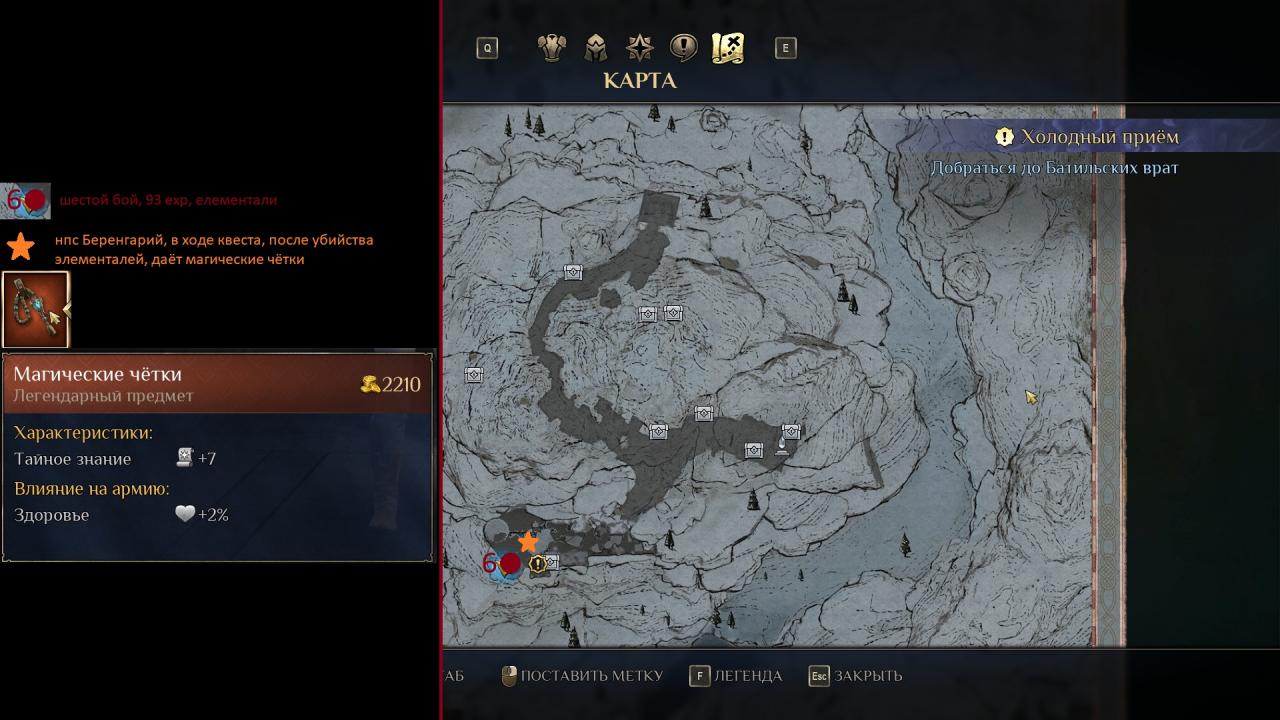 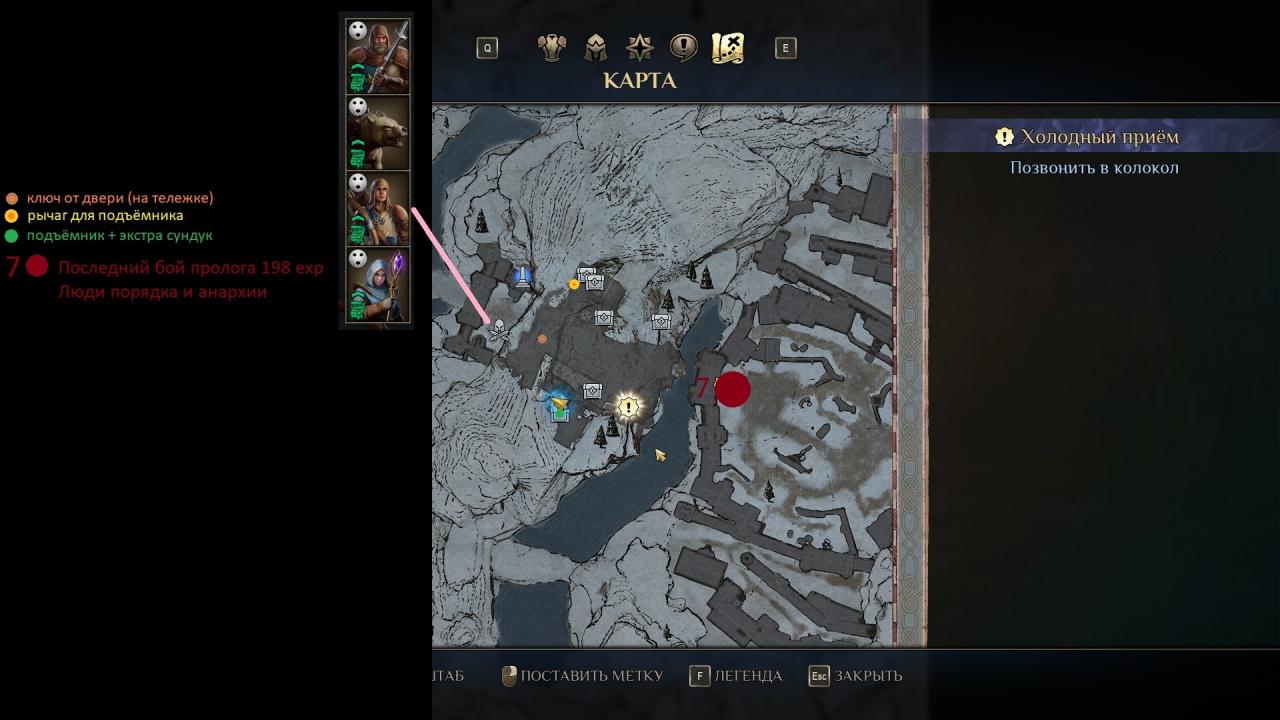 After the last fight of the prologue, in the castle talking to the treasurer (Don't miss it on the quest), we get “Armored Princess Shield”

And so we finished the prologue (let's say no loss). Our goal is to get the most with the least risk. First, we complete all the quests in the city (don't go outside the gate, so as not to get confused), but WITHOUT battles, we exit fights by pressing Esc. We also loot all the chests \ altars.

We buy the second available scroll for experience in the game (nps Odilon, screen below). 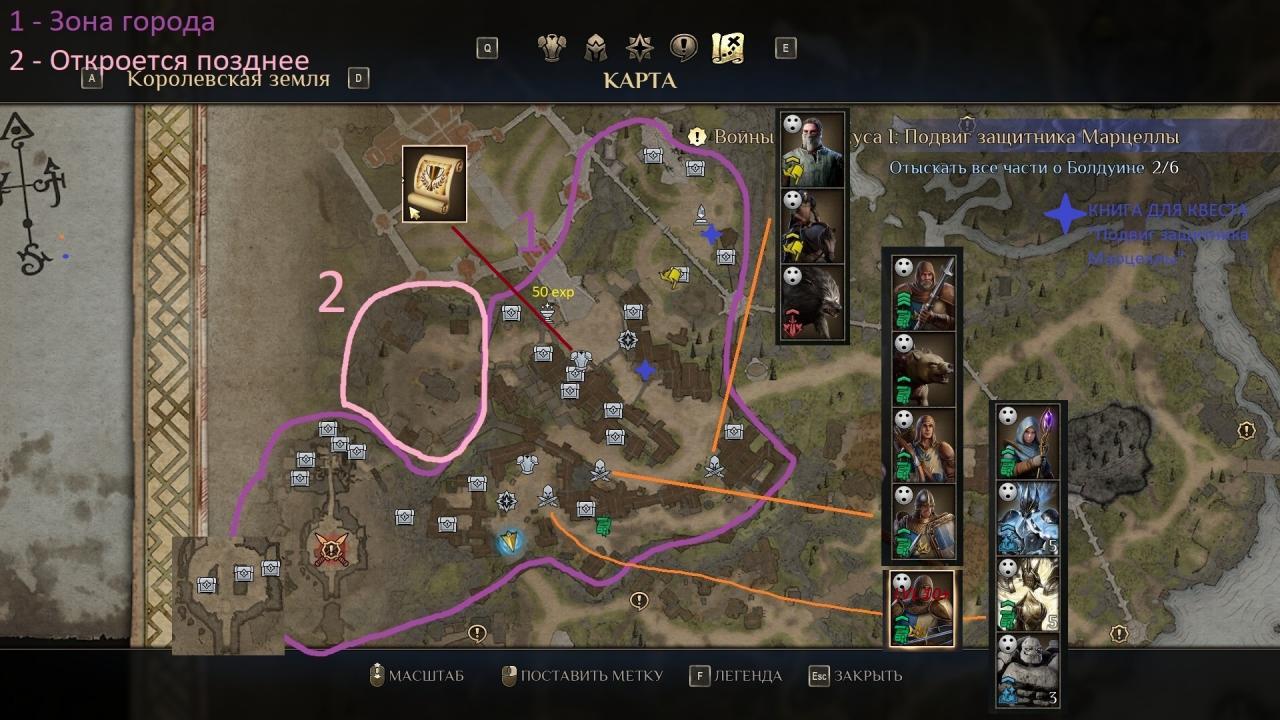 Further, by analogy, we carry out all available quests to the maximum outside the city, ignoring battles and looting all the chests, you will get a certain area where you can walk without a fight as in the screenshot (below). We buy soldiers for the army. I have succeeded by this moment:
6 level, 294\725 exp (Scroll for Experience from the prologue did not use). 11602 gold before buying troops, excluding the sale of trash. There are also many scrolls. If you sell trash will 14893 (but I'm in no hurry to sell it), and if you sell unnecessary items, came out 17623 (the magician's staff was dear).
At first I make a guide for Order \ Mastery. (if possible, I will take into account the battles of strength \ anarchy). Next, we start cleaning, I tried to go without loss. After every fight, the new open area and quests on it are looted as much as possible, and only then the next battle. 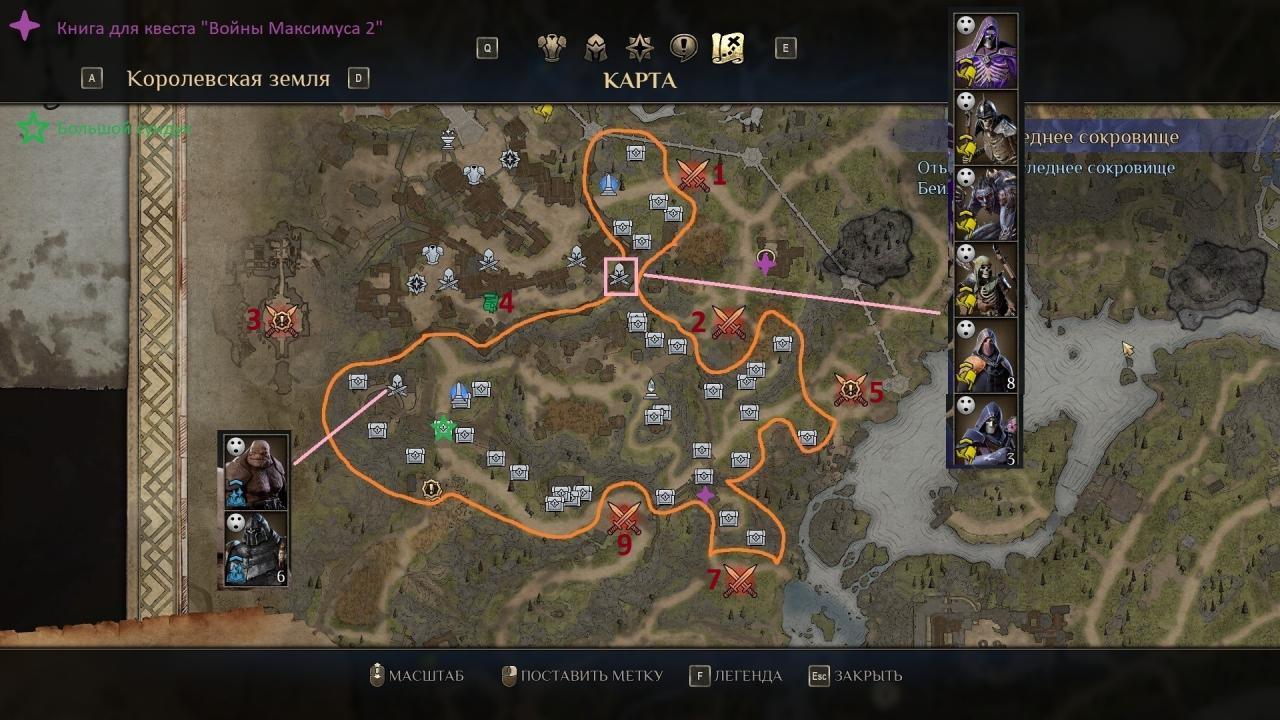 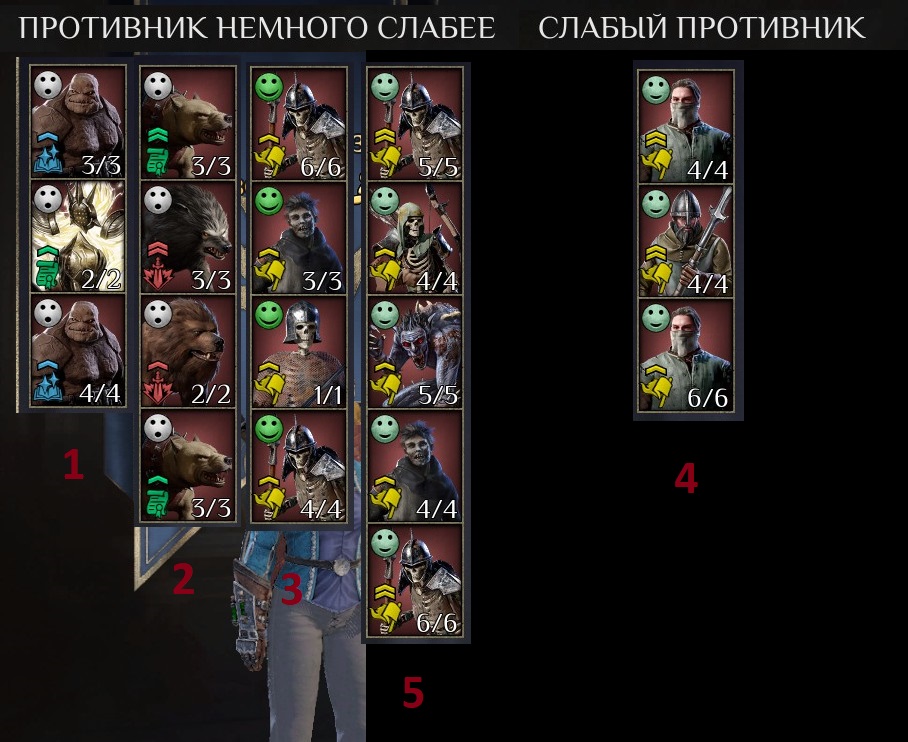 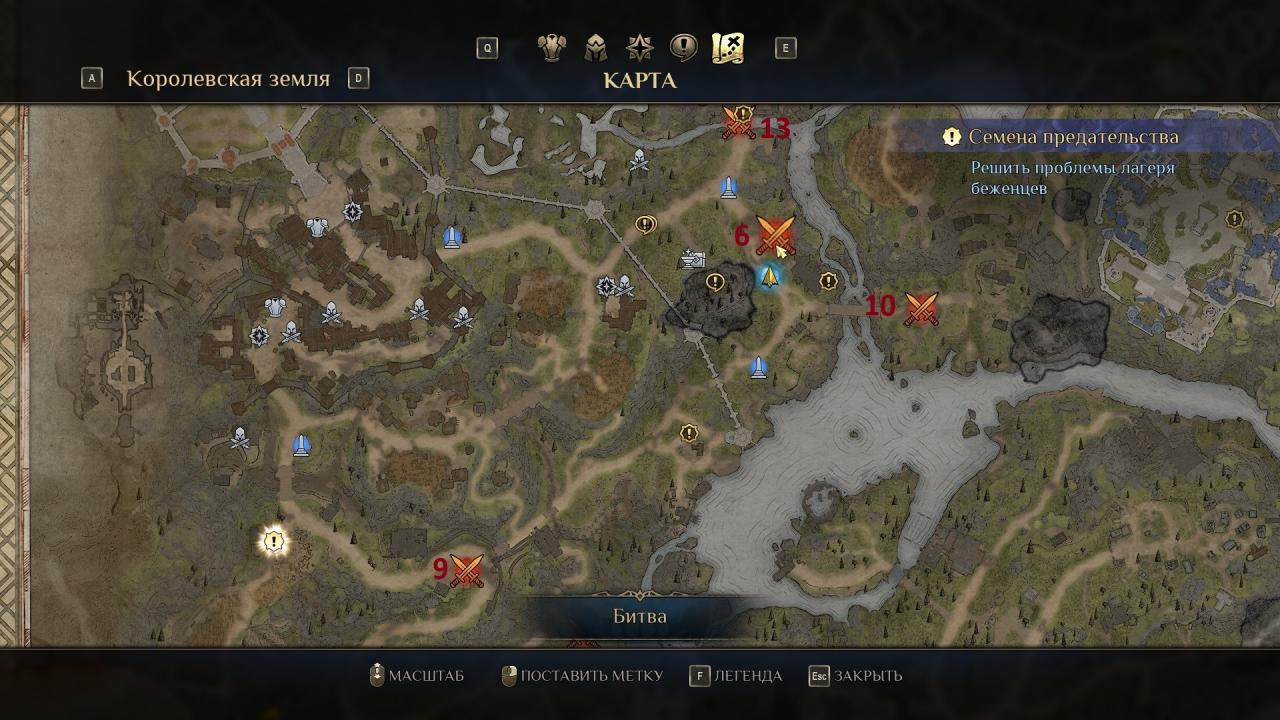 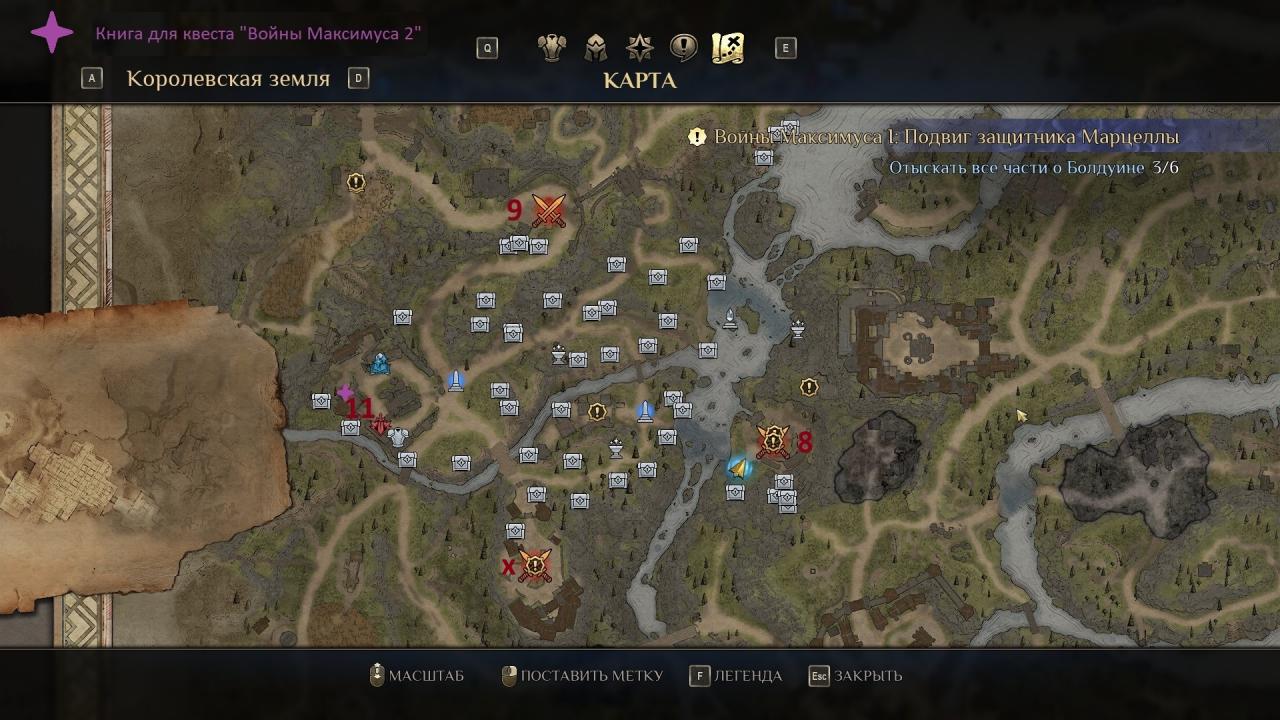 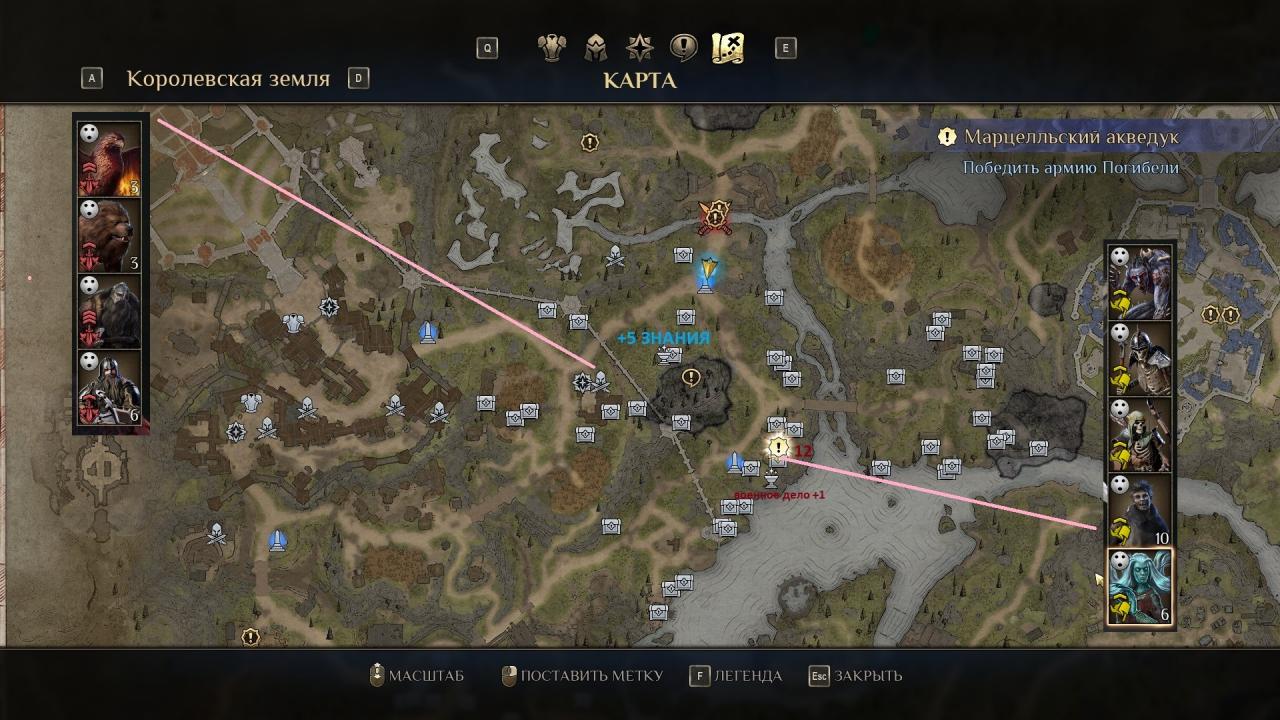 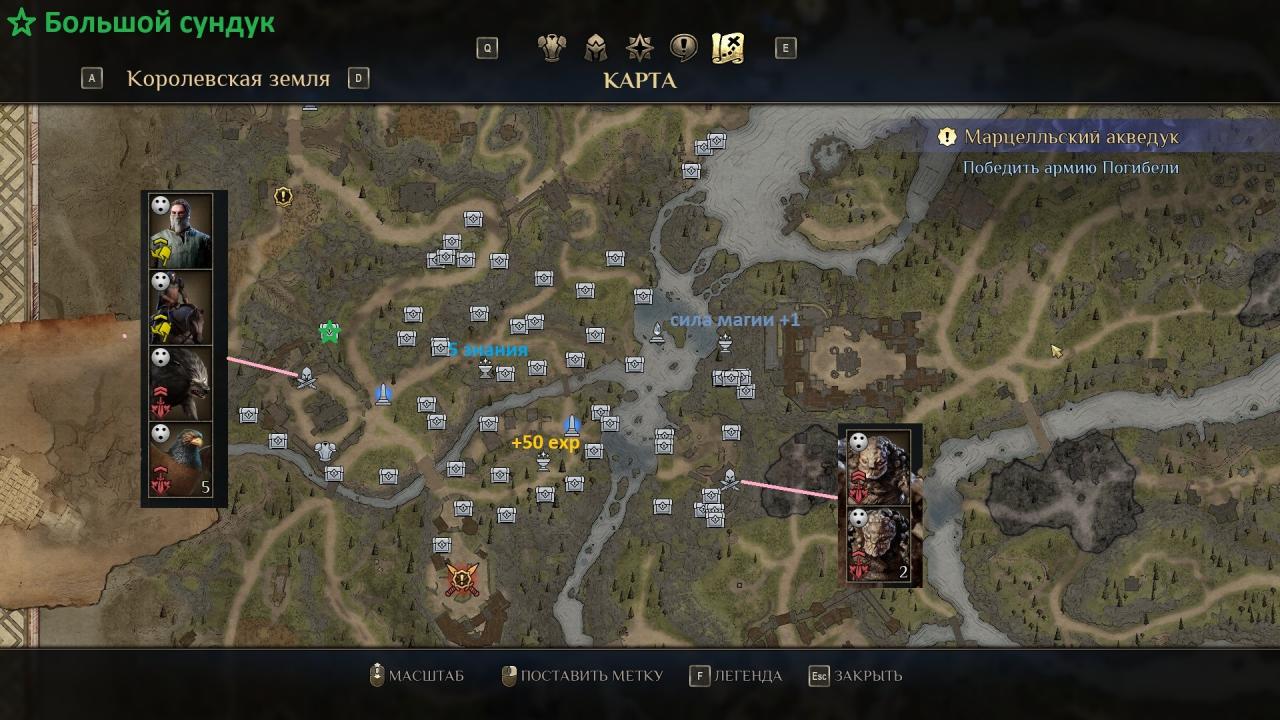 Expo for the fight: (9 and 10 reverse order if required, you can focus on the ex, but it all depends on the army and the character if you play without losses, the order can change) 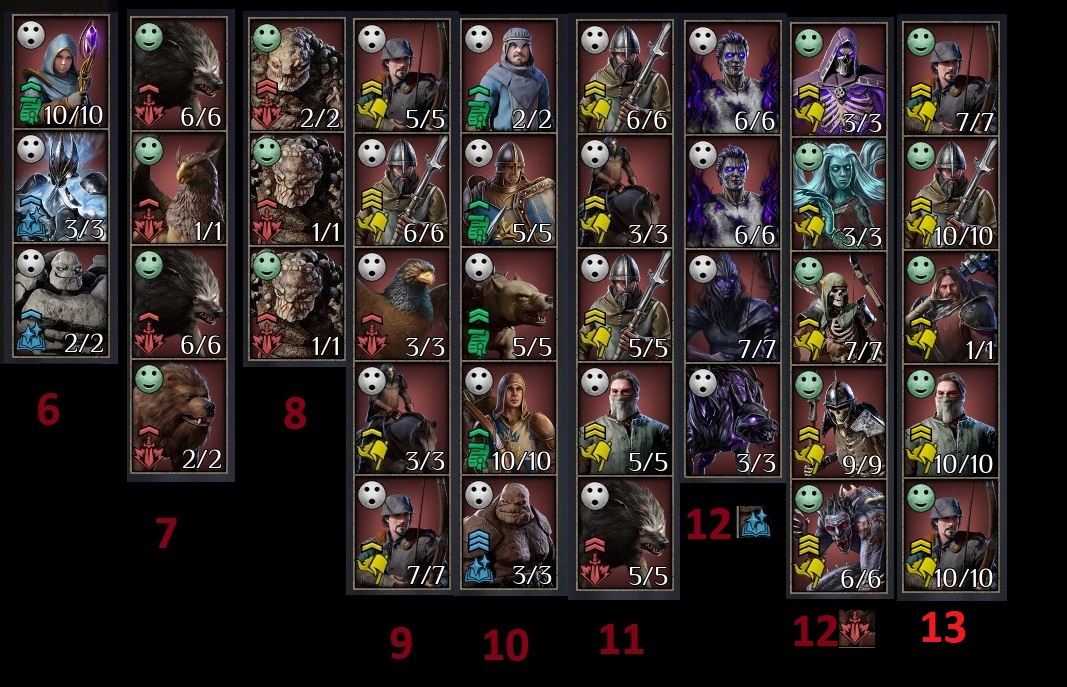 After completing the quest Marcellus Aqueduct (the fight 12), give an honorary order.

It seems like after completing the quest Brandova's bride is given a ring. \ quest reward

Only Fero Castle Remains, but we will clean it up later. (Then when there is enough strength)

After the outpost you 10 level + (I played without perk on exp from order, and no experience scrolls, no loss of units)

If you pass for Mastery 6 the fight (there will be no fight), then they will give the sword of Titus \ Fight 6 if choice Finesse 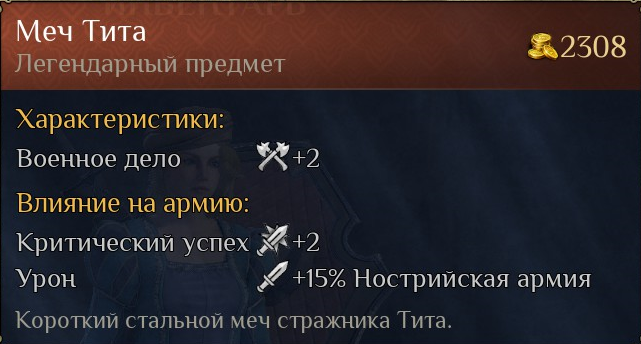 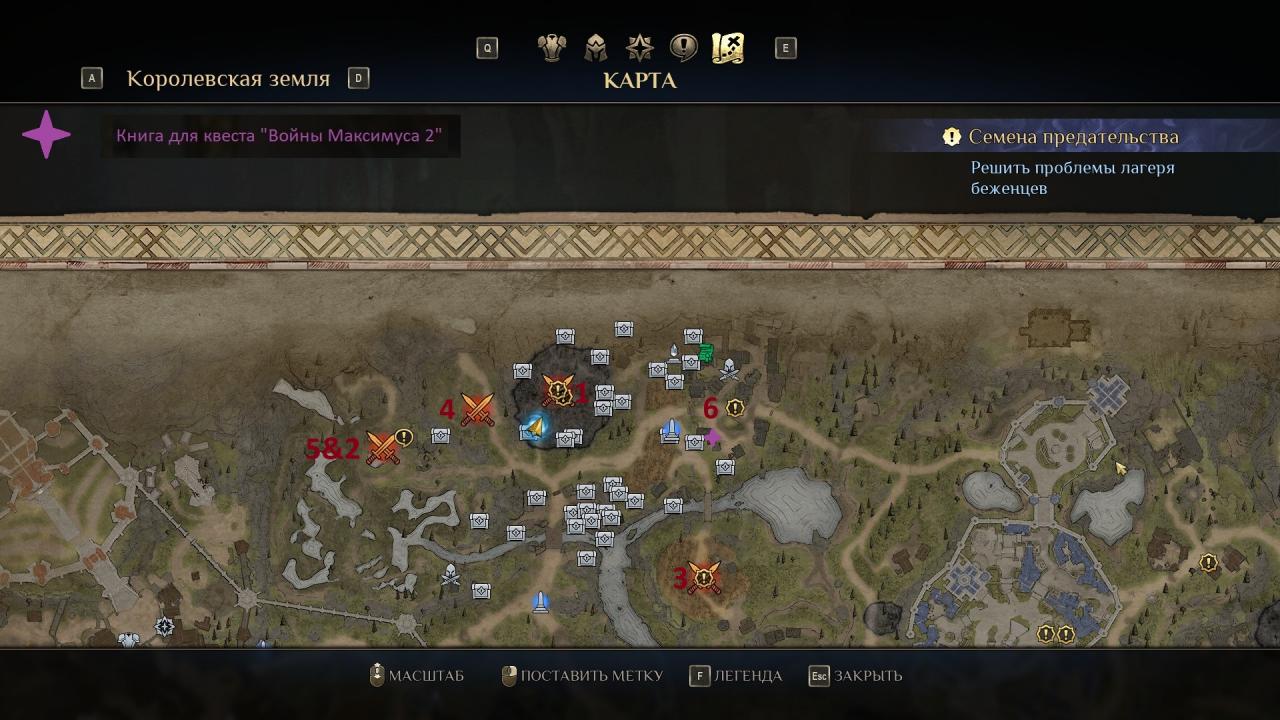 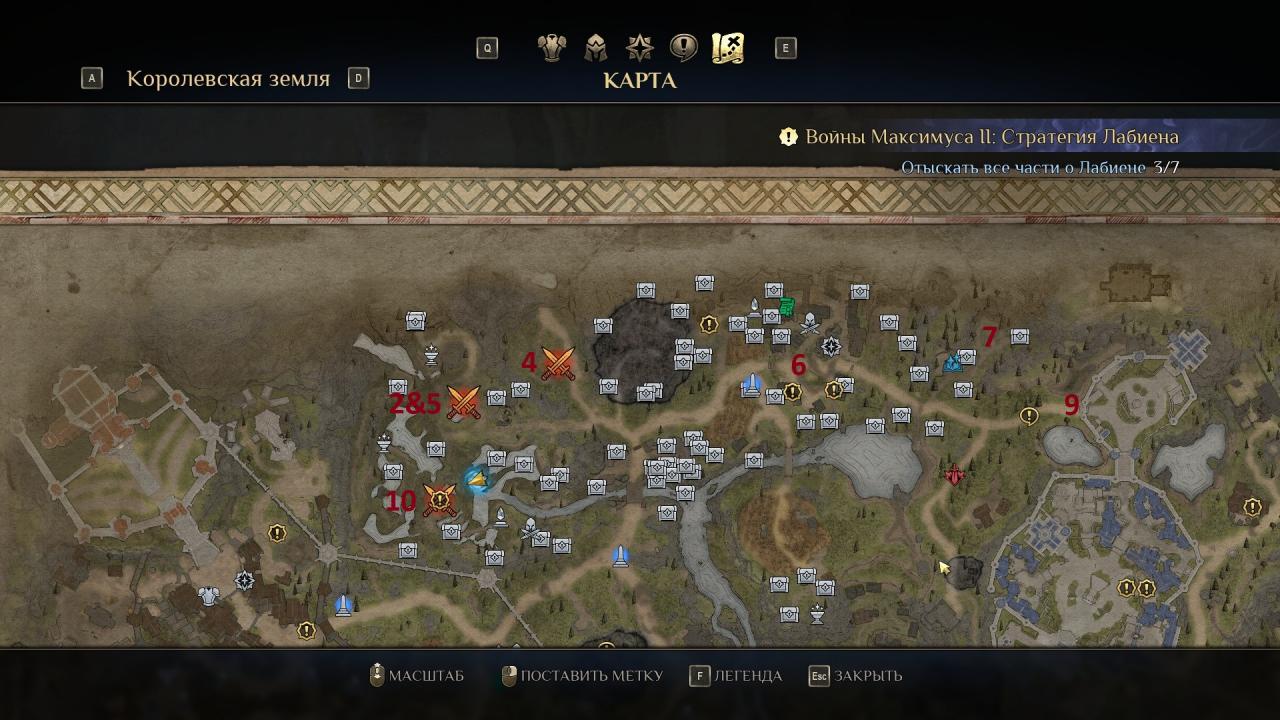 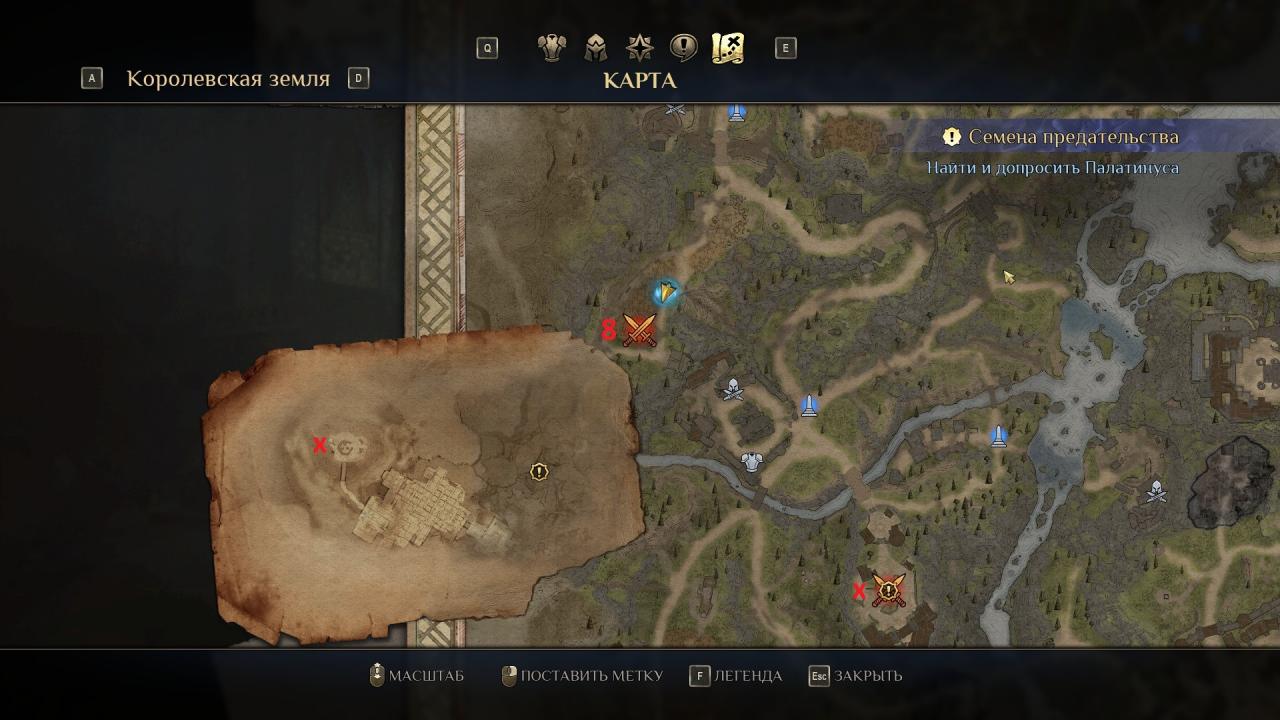 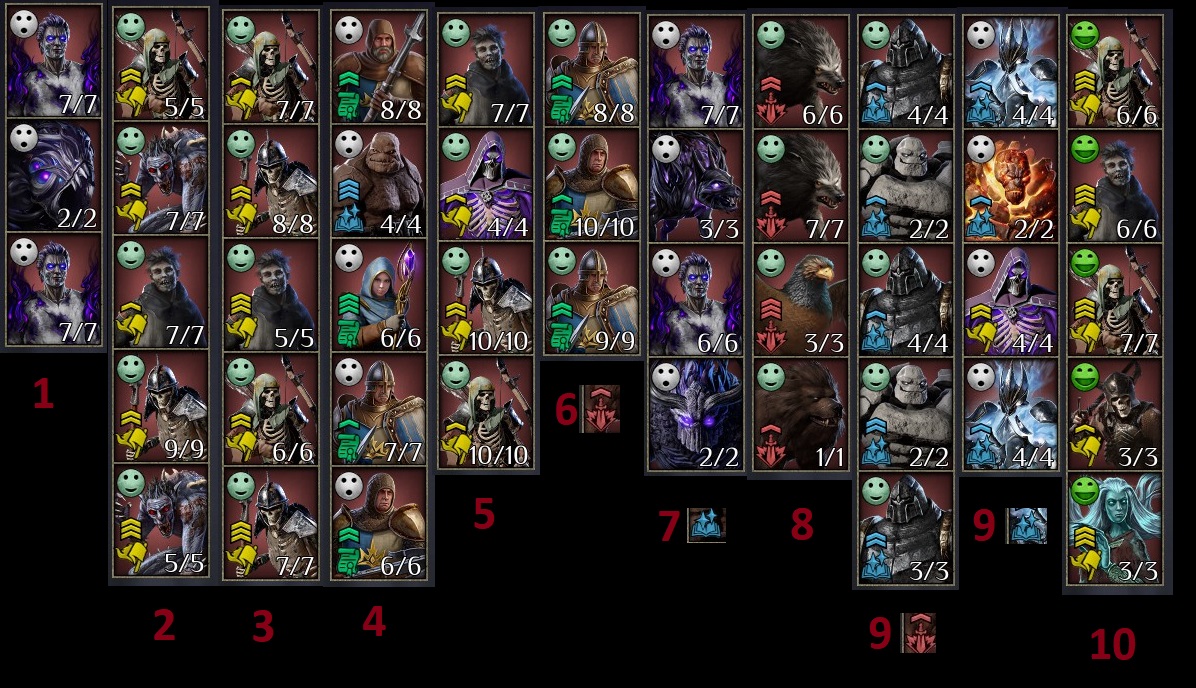 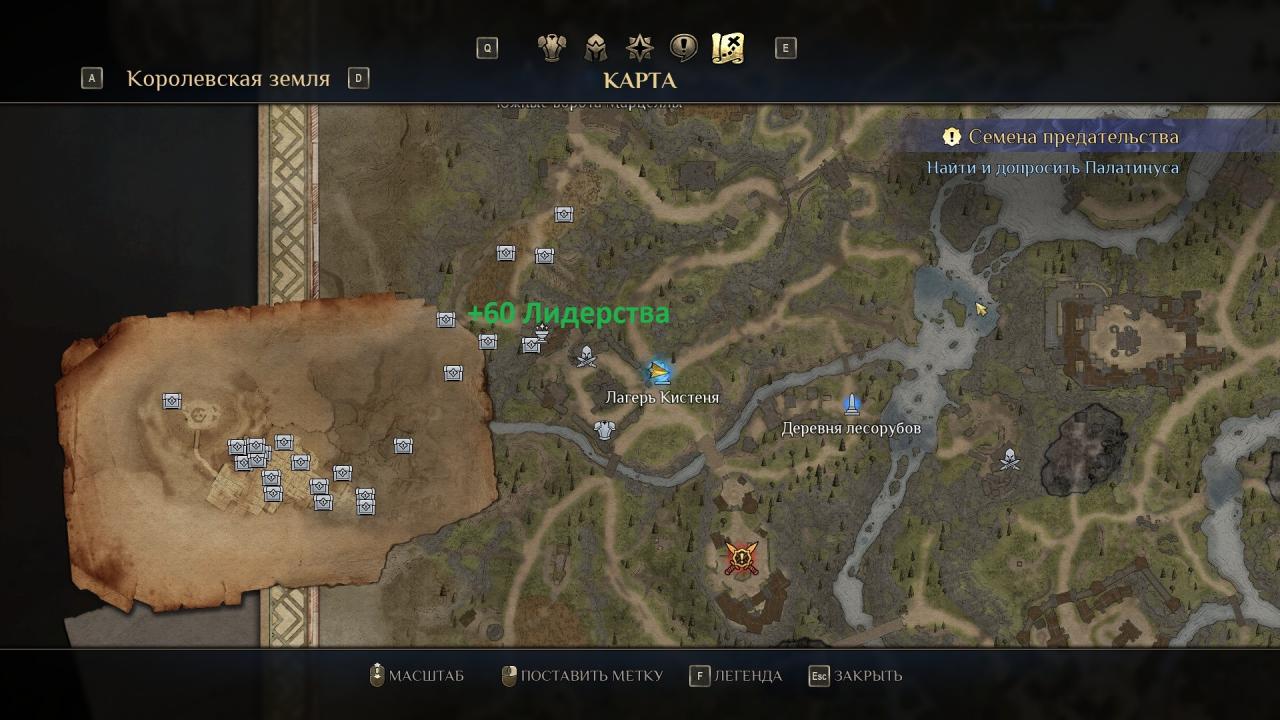 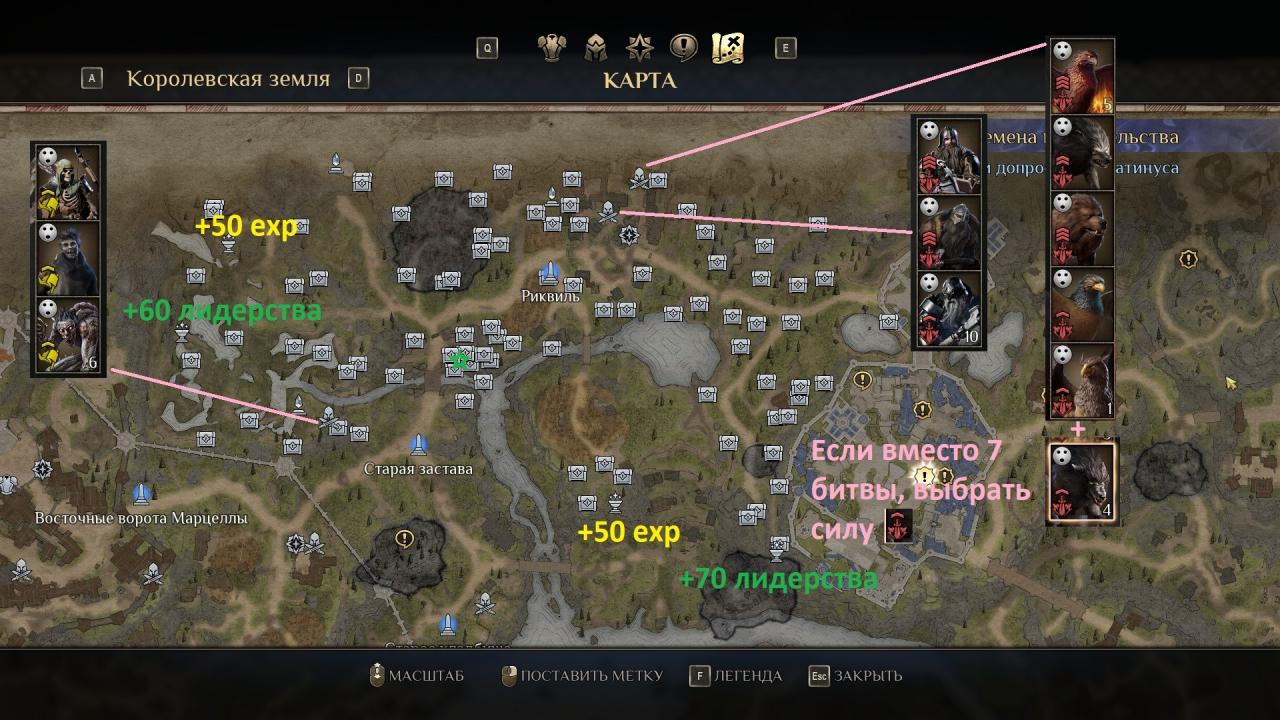 Before entering the gates of the second city, we loot everything we clean. At the moment I have completed 23 quest, 15 level 133\2550. (No experience scrolls, and perk for the hero's experience)

x – fights are harder (especially if you try to play without loss), you can return to them later. 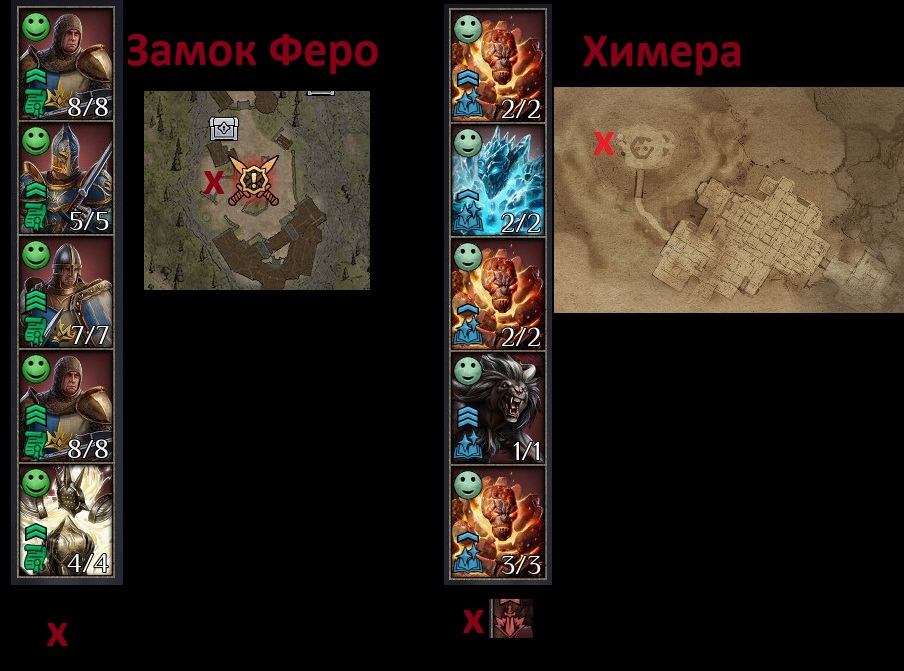 Advice, if you want to effectively use the first scroll of experience, you can do this by completing three battles in a row at once. The battle 10 with a necromancer, the fight 6 (if you choose strength), and Ayrok Castle (Ferro). | Fight 6 10 and Airok Castle (Fero) – good for using scroll of exp.

If you played with no losses or with minimal losses, knowing all the tricks, there should be no problems with money. I had about 10000 gold, taking into account the fact that I was buying extra types of troops. If you sell the trash that I saved the whole game and unnecessary clothes (excluding legendaries), will come out 47000. It's a good capital to start a second city. 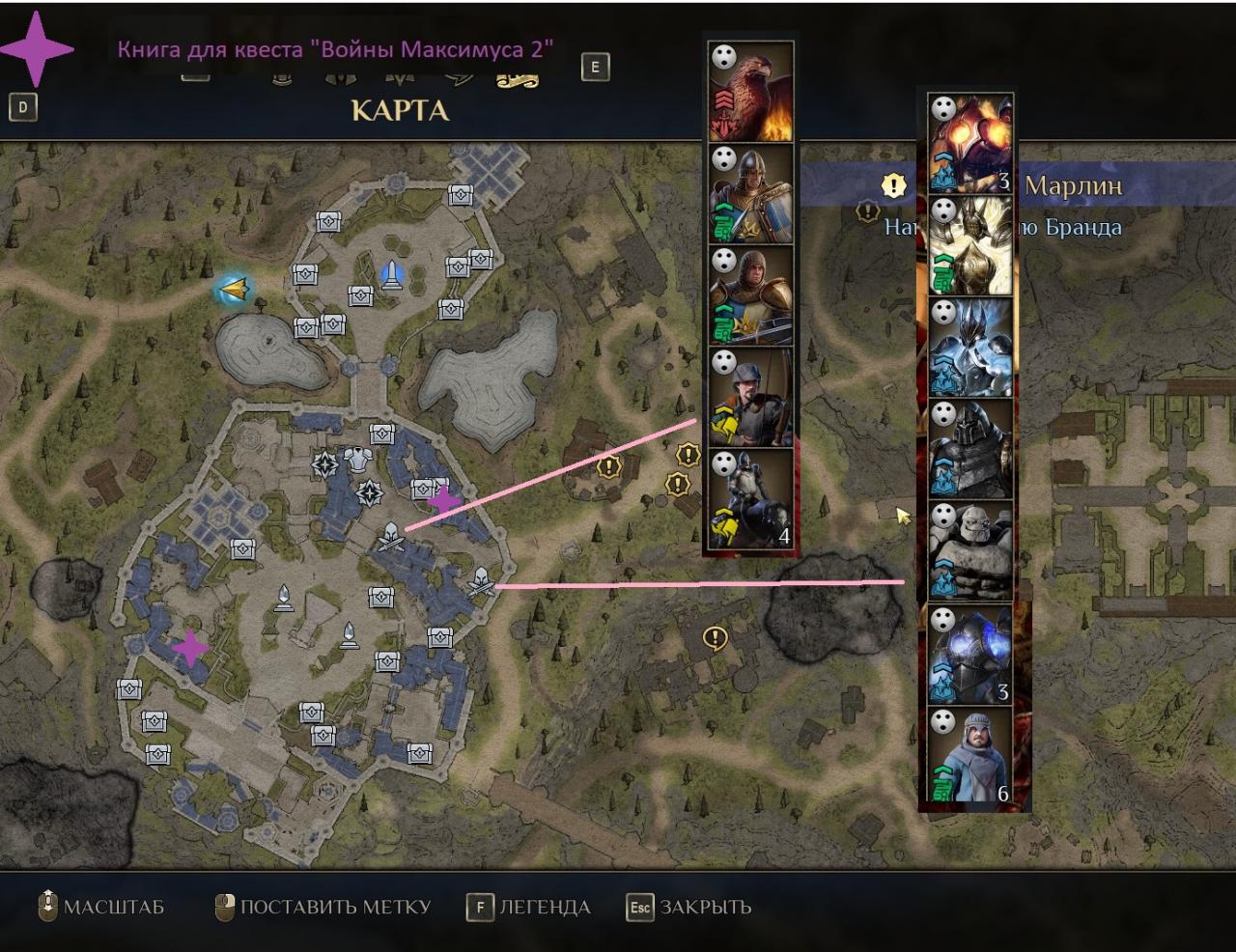 The legendary is behind the stone door – gloves 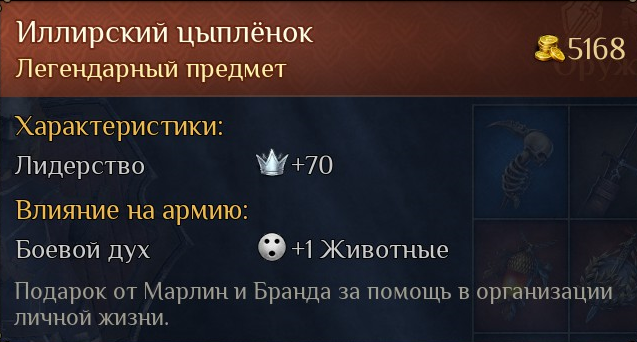 Quest reward “Wild heads” (checked for skill, but it seems to be the same for anarchy) – helmet 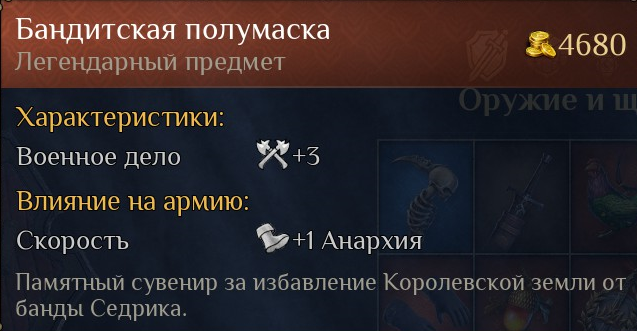 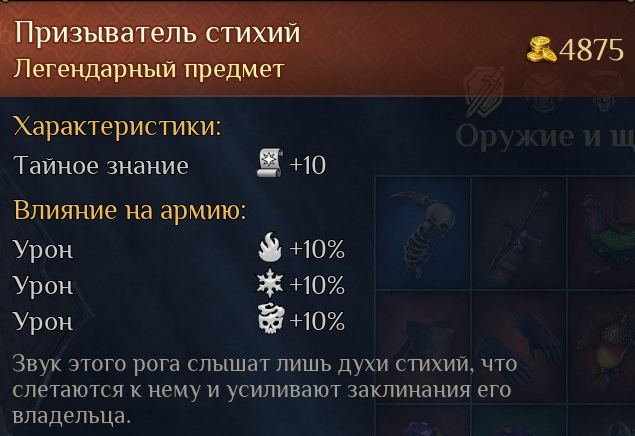 If in battle 14, take the side of Anarchy instead of fighting – two-handed sword

During the main quest “Through quarantine” for the order, Remedius gives – helmet

It is also important to buy the third one available in the game., experience scroll, merchant zak, in the screenshot below. 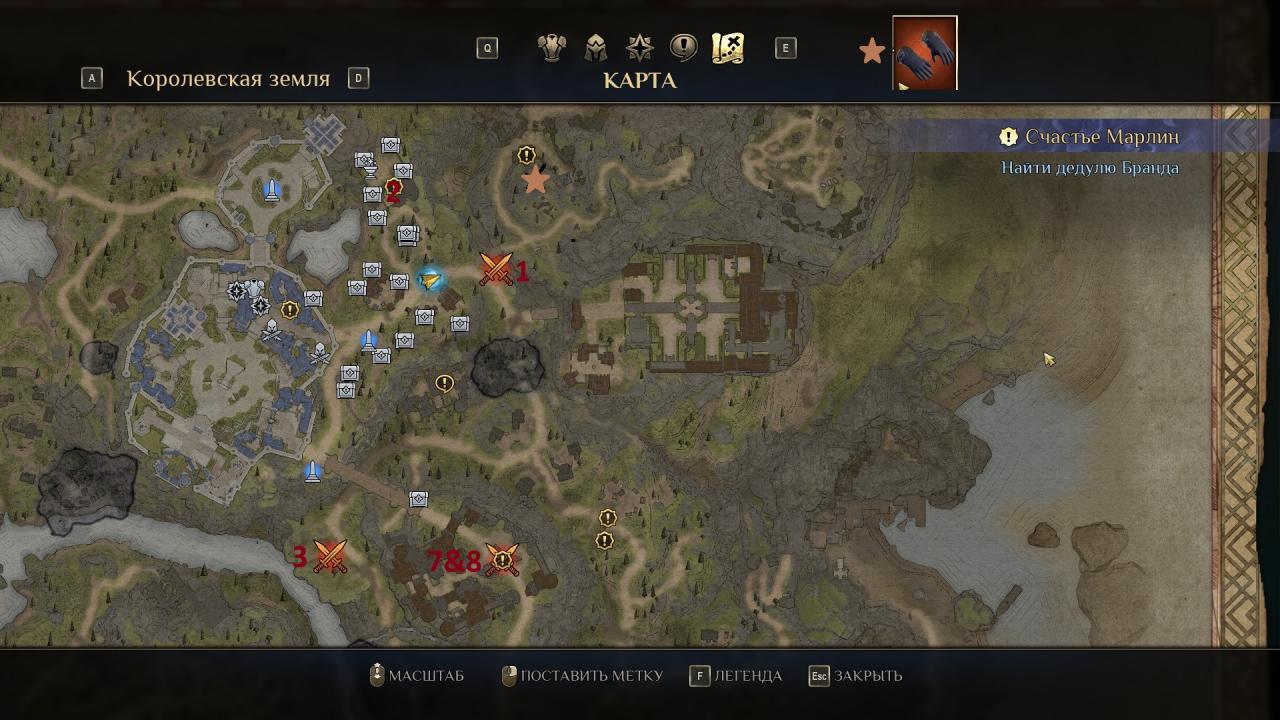 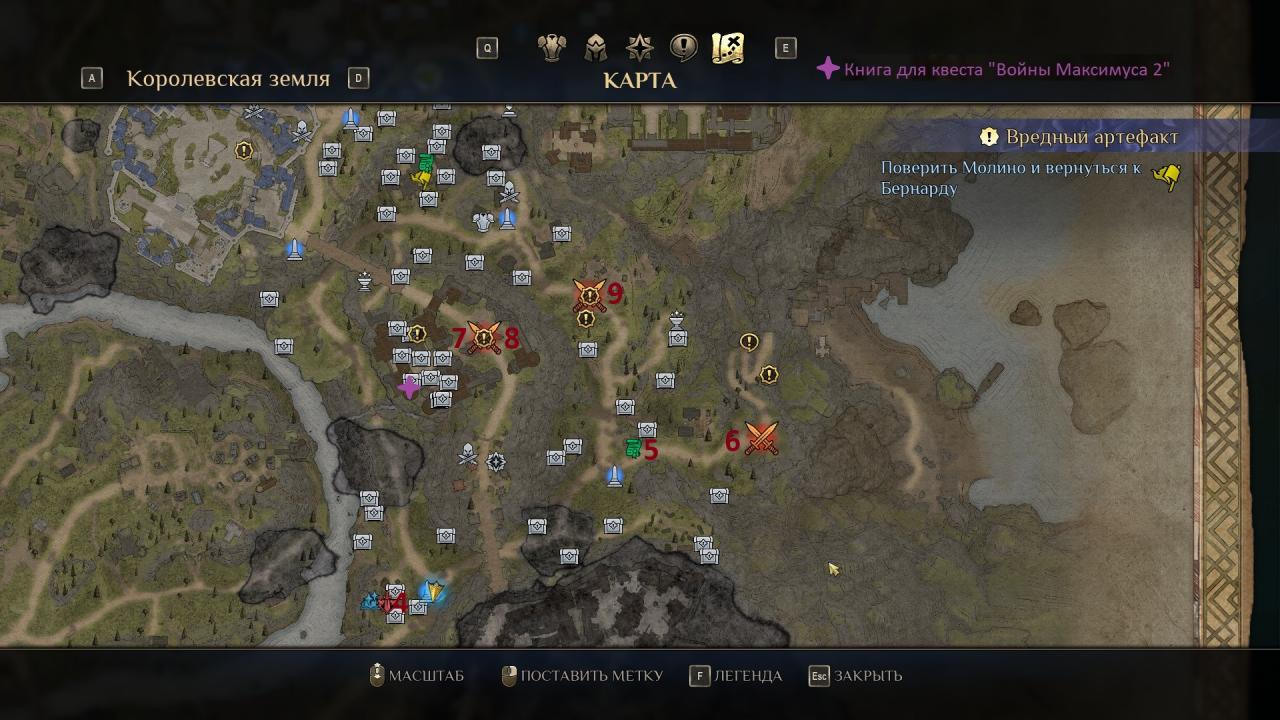 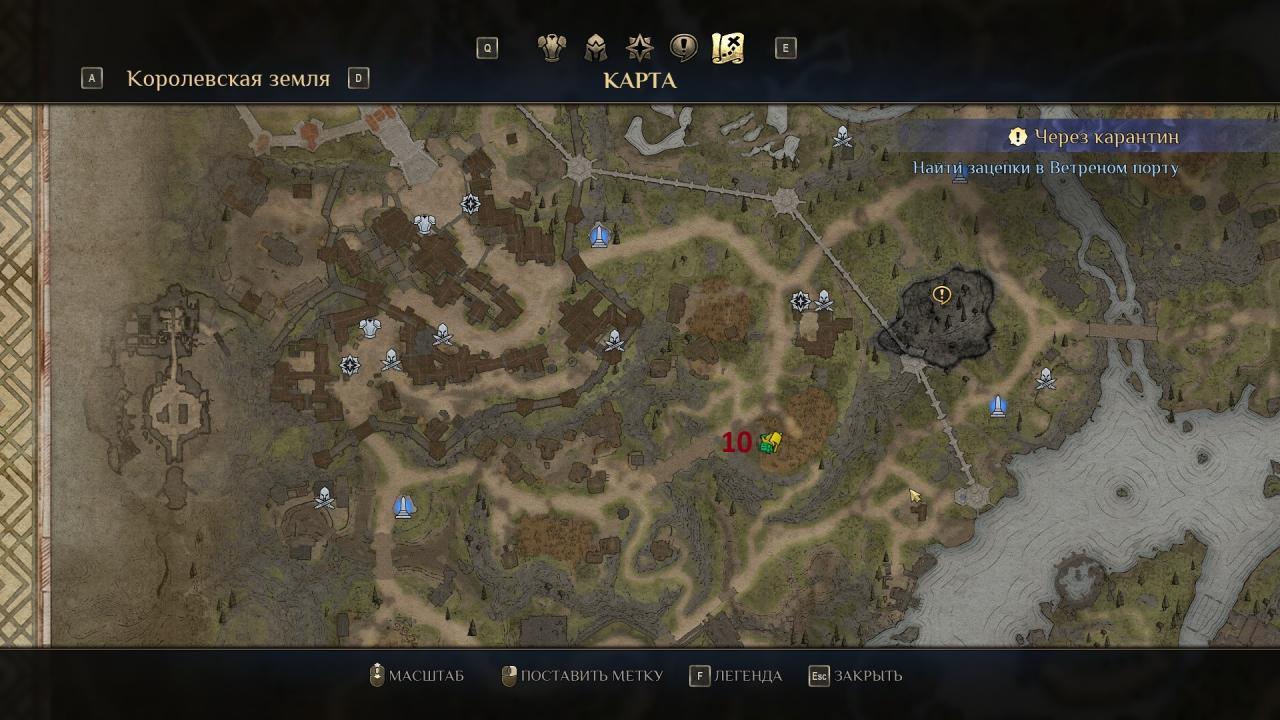 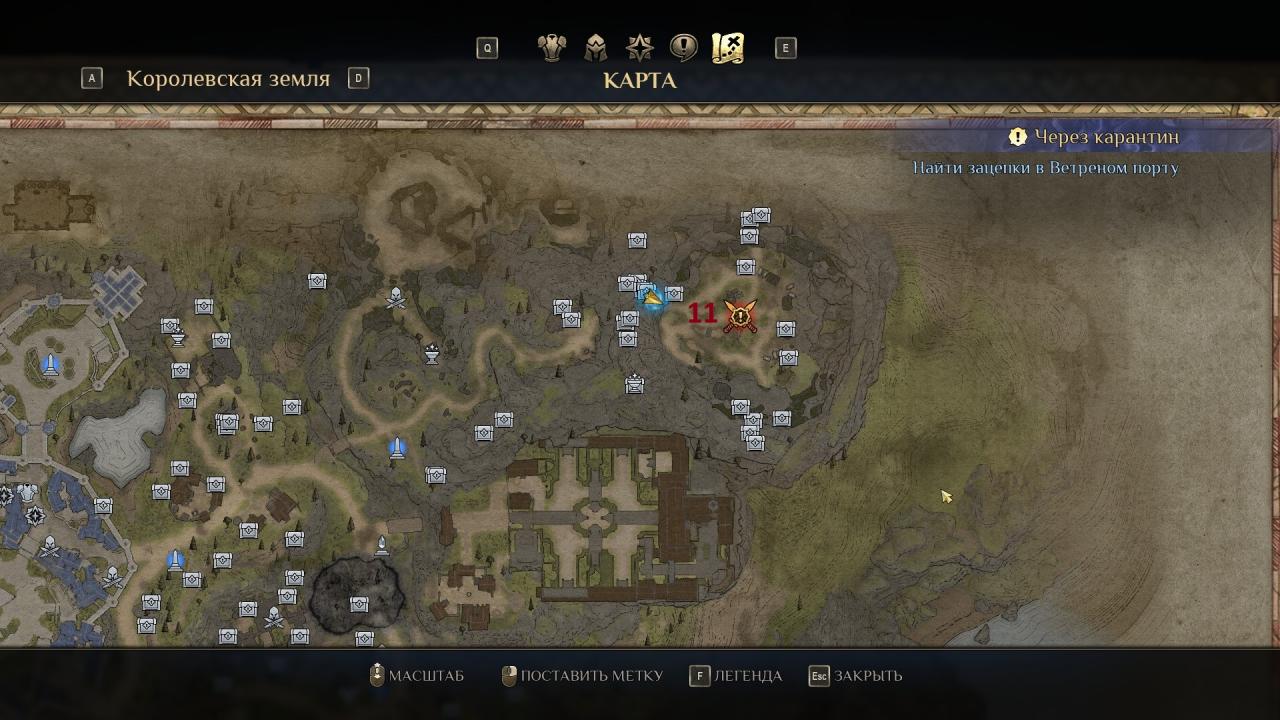 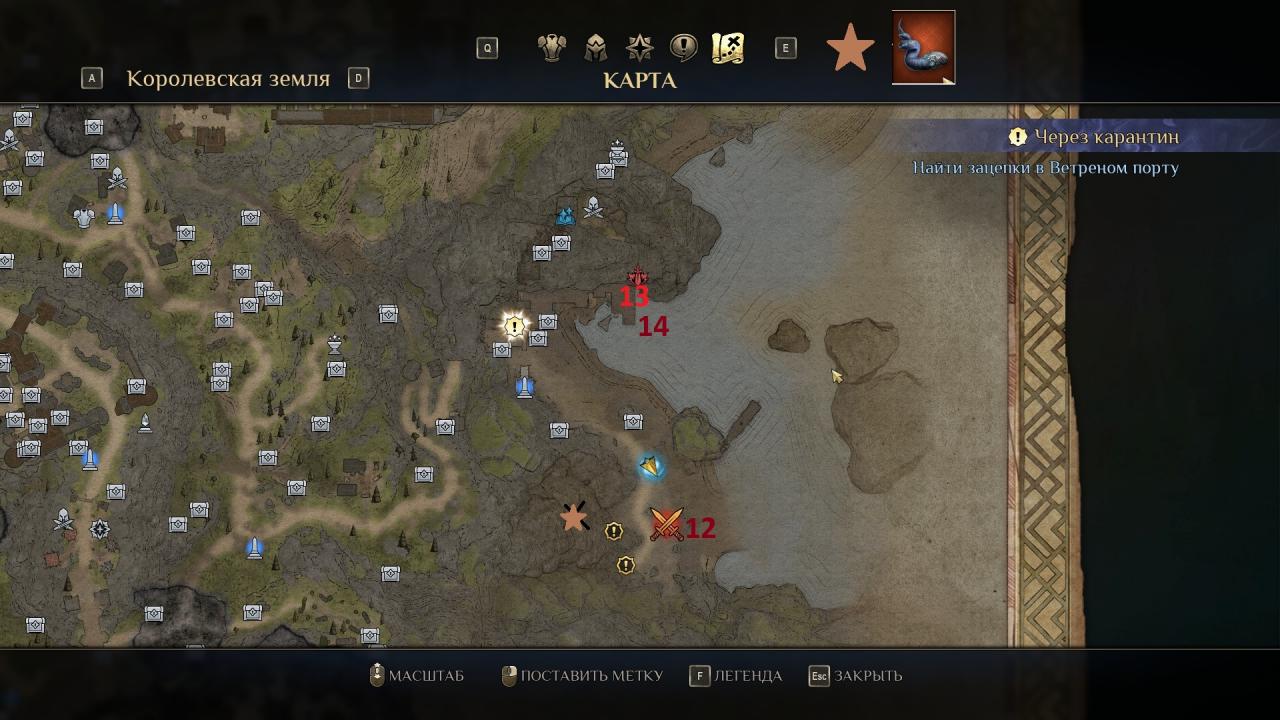 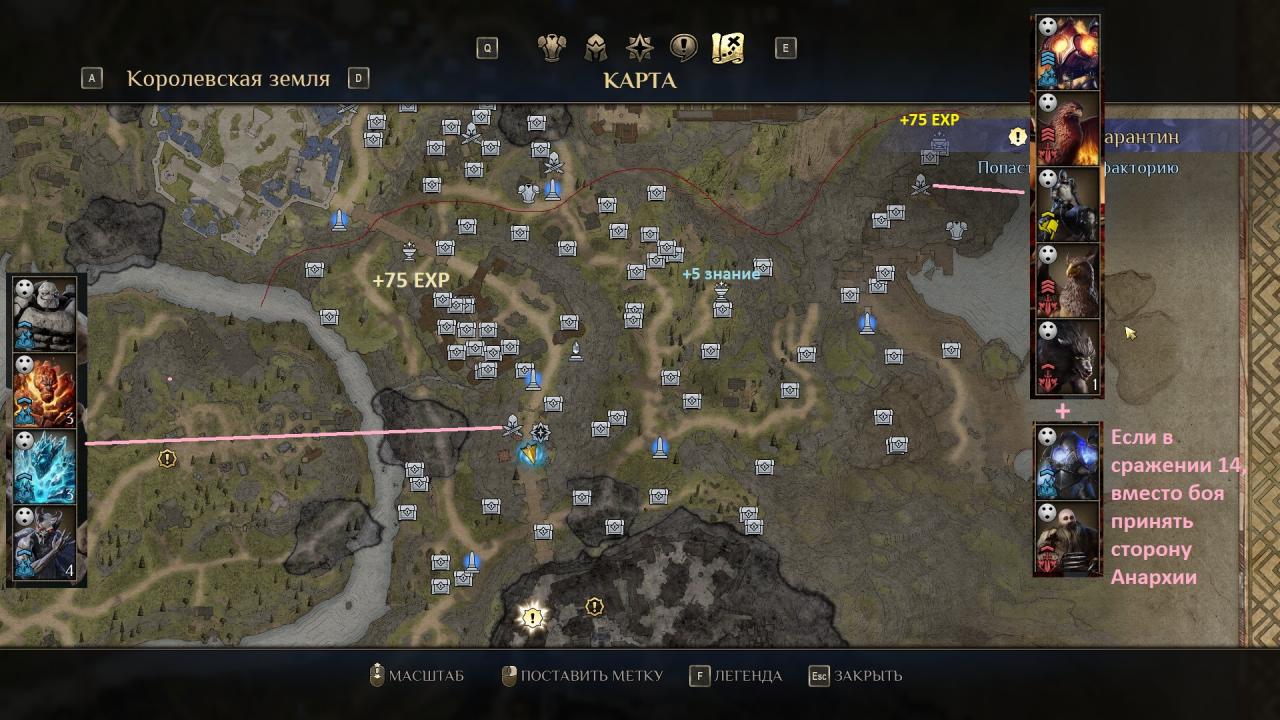 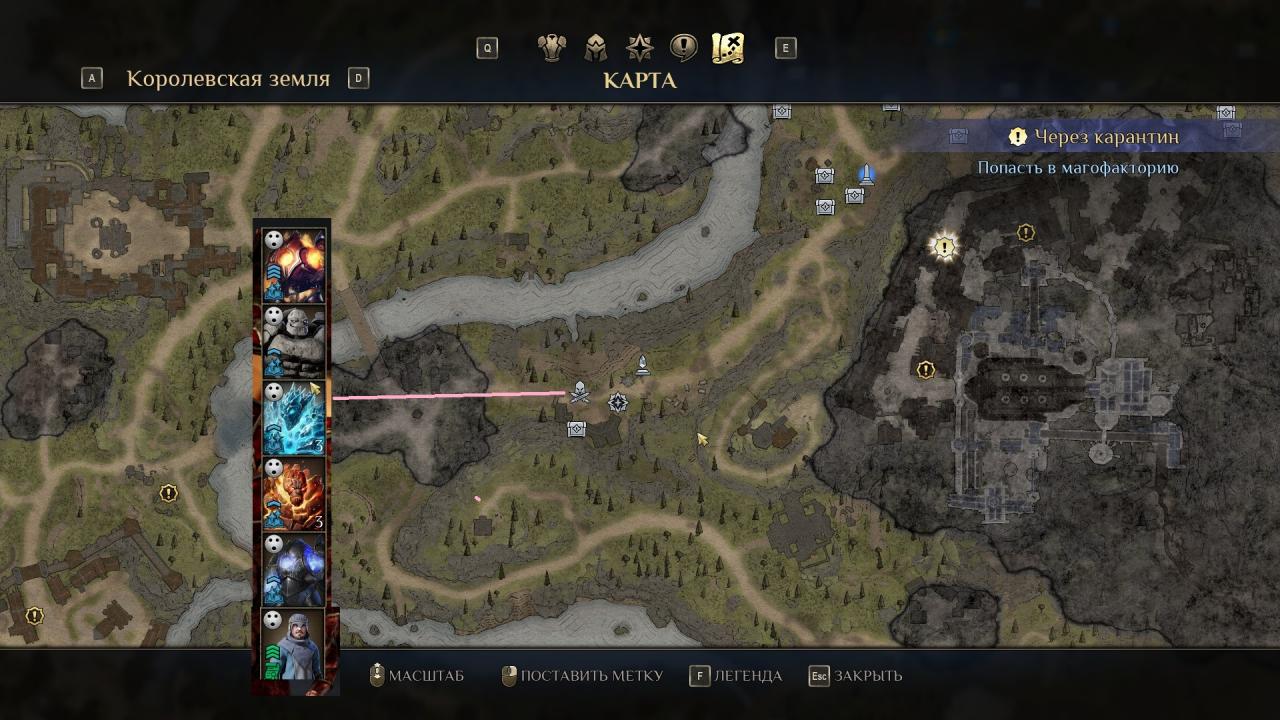 That's all for now. The guide will probably be updated, at least on the exp and the order of battles. Most likely after the patches I will do.
From Rubiha