In the guide, I will explain, how to get all achievements or, at least, how i got them. I noticed that there are few manuals for this game on new versions, found by achievements only on old, that's why I decided to write it.

There is one tactic for all these achievements., I'll tell you now.

First night simple, just go through it, in the morning we buy a shotgun shotgun and 20 cartridges for it, as well as a chainsaw / chainsaw, she will save if you run out of ammo.

Second night also light, after its completion we are given a pumping point, take Pickup Range, now buying 12 wooden barricades and put it like this: 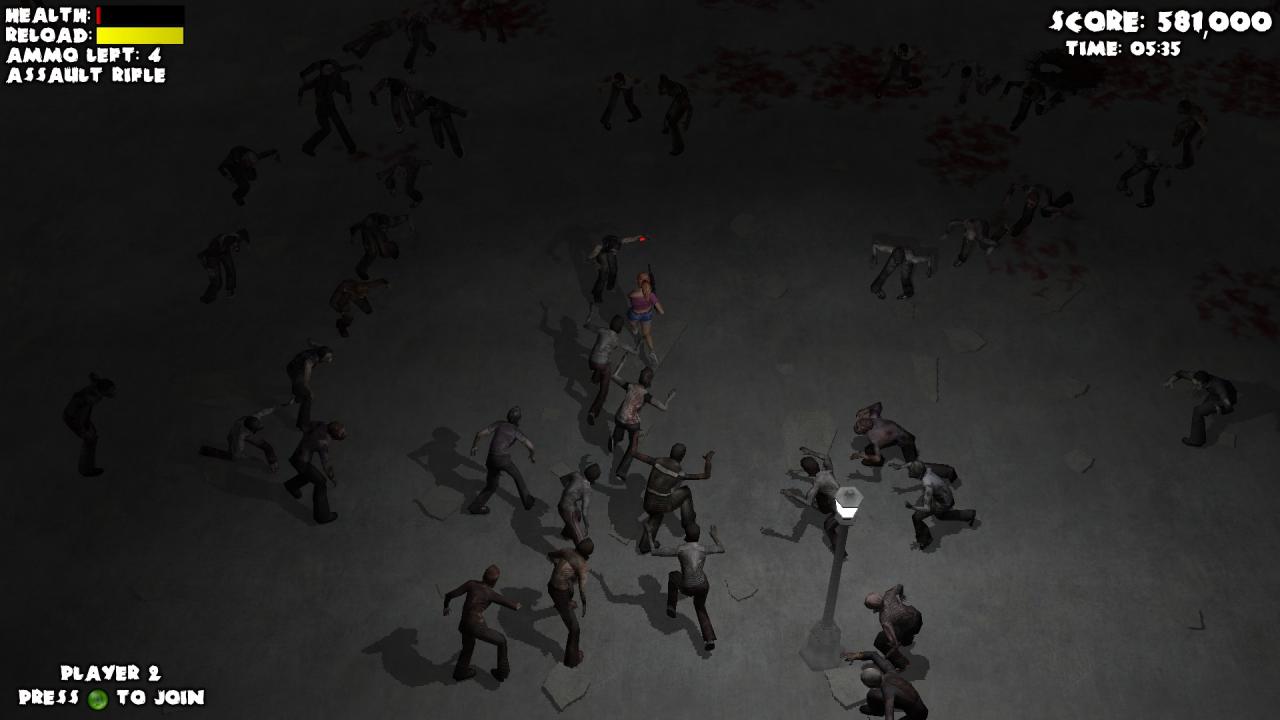 Unlike zombies, we can walk through the corners of the structure.. Now we buy cartridges for a shotgun approximately +10 PC. and we leave money (saving for a turret).

Third night more difficult, but still easy. After the night, buy an auto turret and insert a pistol into it, since it's free. Don't Forget Shotgun Ammo.

Fourth night and we are again given a pumping point, take all the same Pickup Range. Checking Shotgun Ammo (not less than 40 rounds). We buy electric barricades for all the money, I managed 7 and replace it instead of the old fence.

Fifth night is going well, for this day we continue to replace the fence, while checking the cartridges.

Sixth night went high, a point is spent on Pickup Range, we replace the fence if we haven't completely replaced it yet and buy a turret in which we put the pistol, do not forget about the shotgun cartridges.

Seventh night passed, and buy the turret again, we put the pistol and buy cartridges for the shotgun.

Eighth night gives us a boost point, finally pumping Pickup Rang to the maximum, now we can pick up things behind the fence. We buy the 4th turret and put a pistol in it. Also, from this night I advise you to put a mine in the corners of our structure.. We buy cartridges up to 50 pieces. If you have money left, buy propane tank barricade and set it like this: 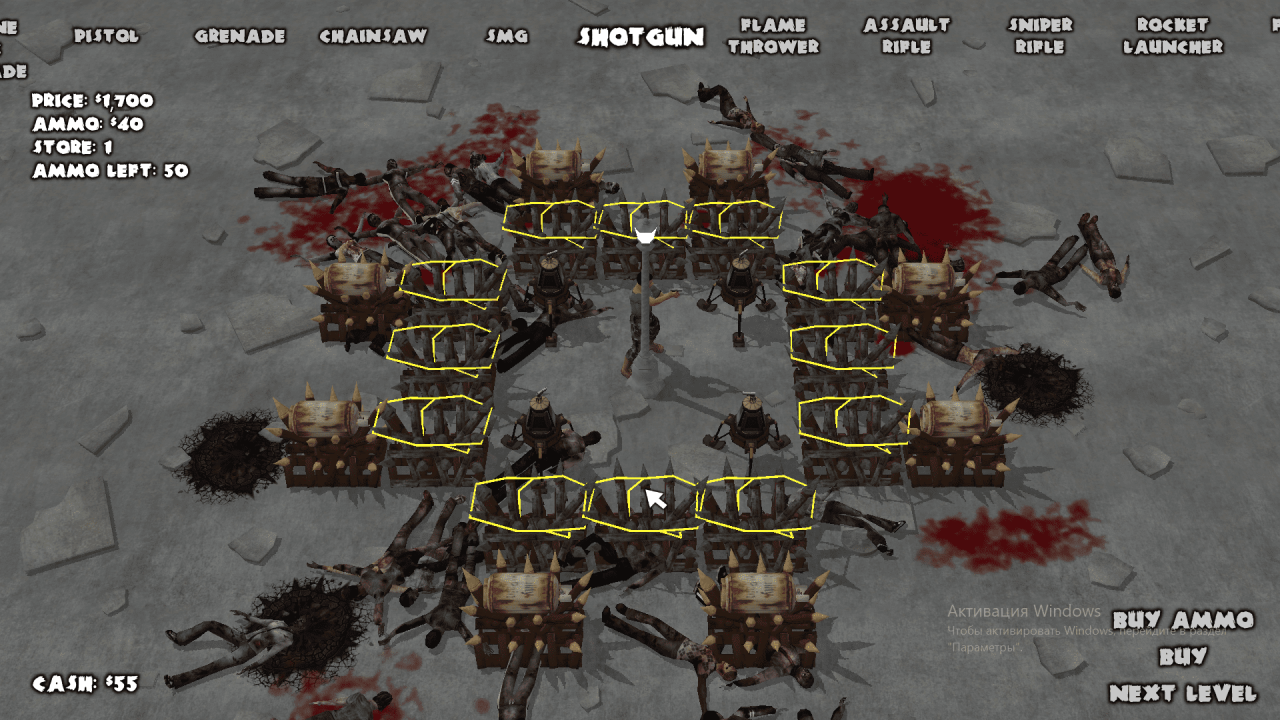 Ninth night ended, we put mines in the corners, propane fence (same as last time), well, and of course the cartridges. By this time, we already had grenades., when zombies crowd from all sides, start throwing grenades at them (throw a grenade – “G”), put shotguns on the turrets and don't forget to buy even more rounds.

Tenth night gives us a point again, spend it on regeneration and do everything as usual. You can get a good gun if you like., I took a freeze gun.

Do the following nights as usual, mines, propane fence, cartridges, etc., also pump weapons and change in turrets.
I typed in this way 1740000 glasses.

Survivor
To survive 3 minutes and 30 seconds in Endless Night.

In this mode, endless night, I advise you to just run in circles and collect crowds of zombies, when weapons fall from them, take them away and run to pick him up.

Come get some
Build and equip four turrets.
In the end you will get this, just playing the game.

Saving Up
To survive 6 nights, buying nothing.
In fact, there is no strategy behind this., as achievement requires, so you don't buy anything. Just walk in large circles around the flashlight and try to maintain good accuracy..

Kiting mastery
To survive 10 nights without barricades, turrets and mines.
Just do the same, as is the case with Saving Up, and don't buy anything. Through 4 or 5 nights you will have enough money for Tesla or after 5 or 6 nights you will have enough money for Laser, just buy one, which you like better, but don't buy other weapons, in this way, cartridges for the weapon used will fall out of the boxes. If health drops from zombies, and you need it, just go in a small circle and work your way through it, to pick it up.

Cheap and reliable
Kill 300 shotgun zombie in one game.
Just buy turrets and put shotguns on them. Yes, it is important. In fact, that's all, what do you need to do, after a while you will get the achievement. Don't buy other weapons, since this way you can get more shotgun ammo from crates.

Demolition
Kill 8 zombie one rocket.
Play as usual, when you accumulate and buy a rocket launcher, collect a lot of zombies at the barricade and just shoot.

Untouchable
To survive 10 nights, no damage.
Do everything in the same way as I showed at the beginning of the tutorial., just try not to get out of the barricade.

One shot, many kills
Kill 8 zombie one bullet from a sniper rifle.
I built two lines of fences around the lantern, still leaving one fence at each corner, so you can get out. Just wait, until enough of them level out, then shoot and shoot at the zombie line. Don't build turrets.