Total achievements 40, out of which 10 will be plot. I will try as detailed as possible, simply and clearly describe their receipt.

***
the guide was written with the help of two third-party sites and my own personal experience.
screenshots[gamesdukk.ru] and most tips[www.stratege.ru] were taken from here.
10 plot

Well, here everything is simple

I am free!
complete the last tenth chapter “heart of jericho”.

experienced
Don't miss any opportunity to earn experience across at least five chapters. to level up, you will need to knock out enemies purely by stealth, before you get noticed. if the alarm is not raised, but the enemy noticed you, you do not get a unit of experience.

• in the first chapter, when the number of guards is specified, better to choose two. we wait, when both will walk with their backs and cut them down in a row.

• in the third chapter there will be three choices, who Fox faced, choose “ohr” and we cut them all out quietly.

no harder, but they should be cut down quickly and with a firearm. electric grenades to help, they will be on the level regardless of the enemy's choice.

top secret
find in the game 15 secrets.worth finding 15 of 20 secrets and your achievement.

• in the room, where we get two microcircuits for encrypting the walkie-talkie, roll up under the pipe in the middle of the room and hit the wall – the passage opens. 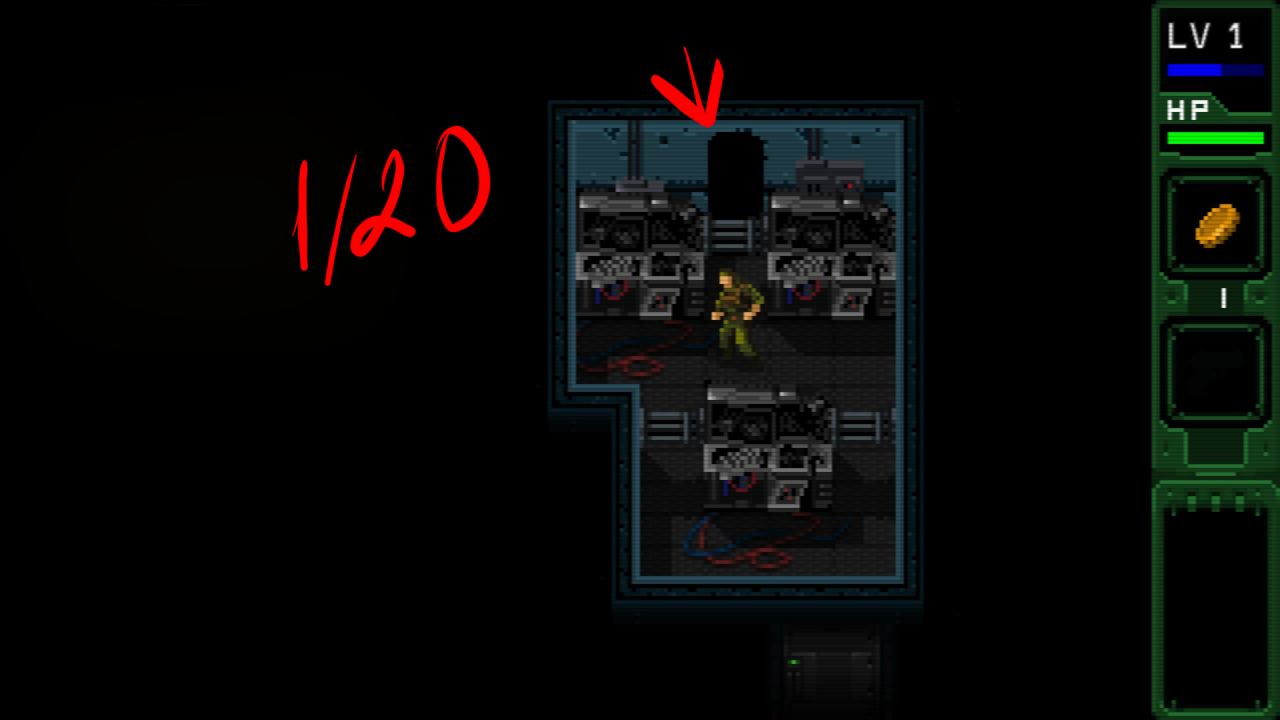 • after the first crossing of the sewer river in the next location, we immediately meet a garbage heap. we break, get the bottle and hit the wall – the passage opens. 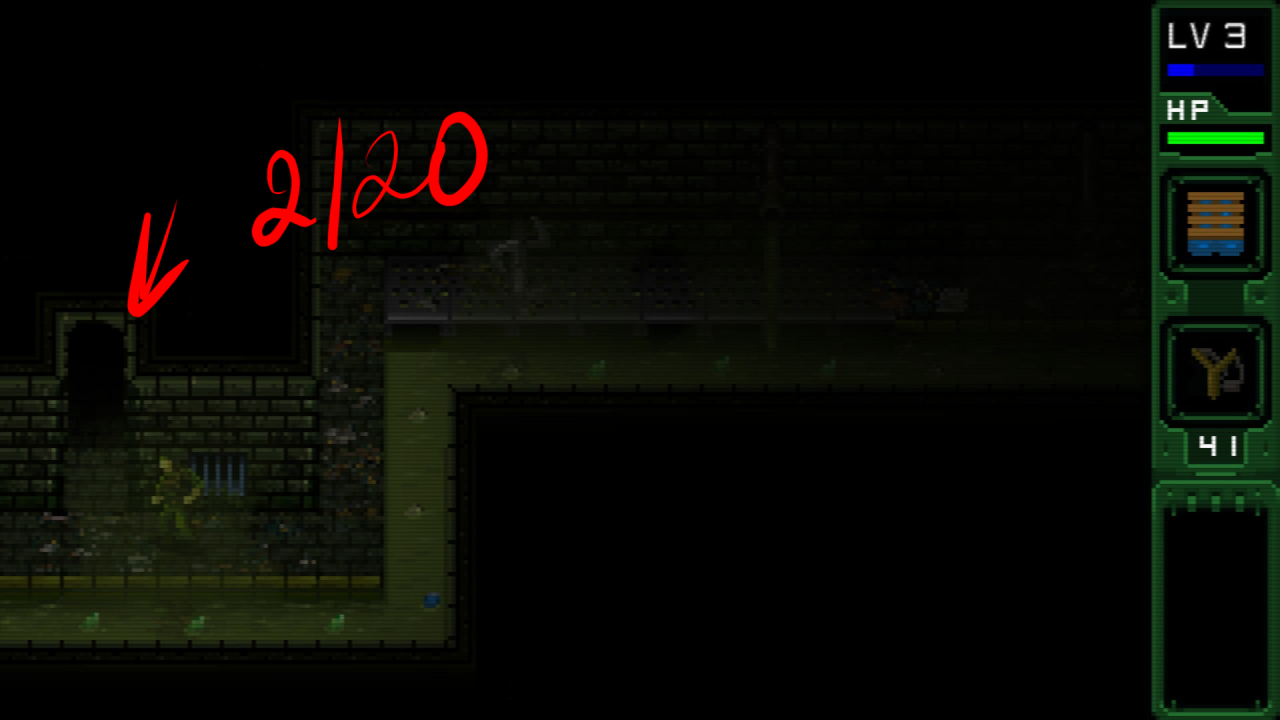 • by building a flamethrower, we pass after rats / squirrels and tires to a room with two shredders. there is an empty square with water in the corner, it's worth putting the raft, knock on the wall at the top – the secret passage is ready. 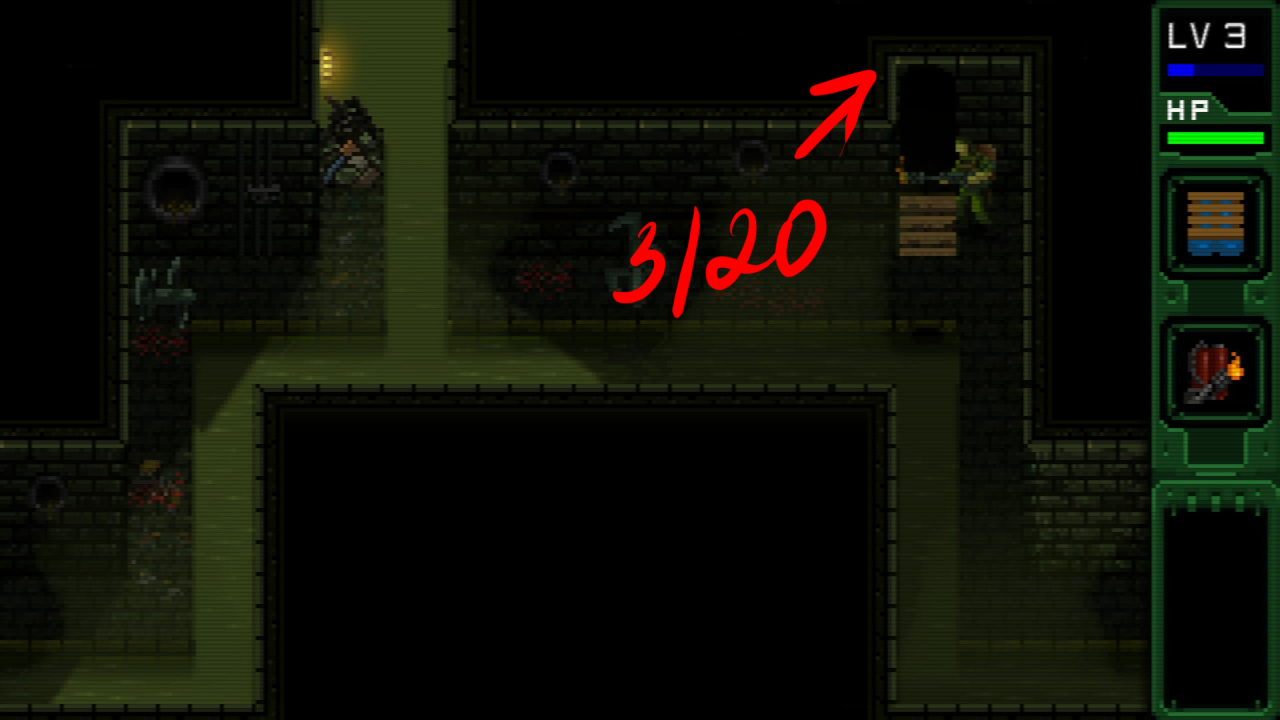 • we get the key card from Dr. Hoffman and after the elevator we turn to the right. find an office with a map, punching its middle – the secret is open. 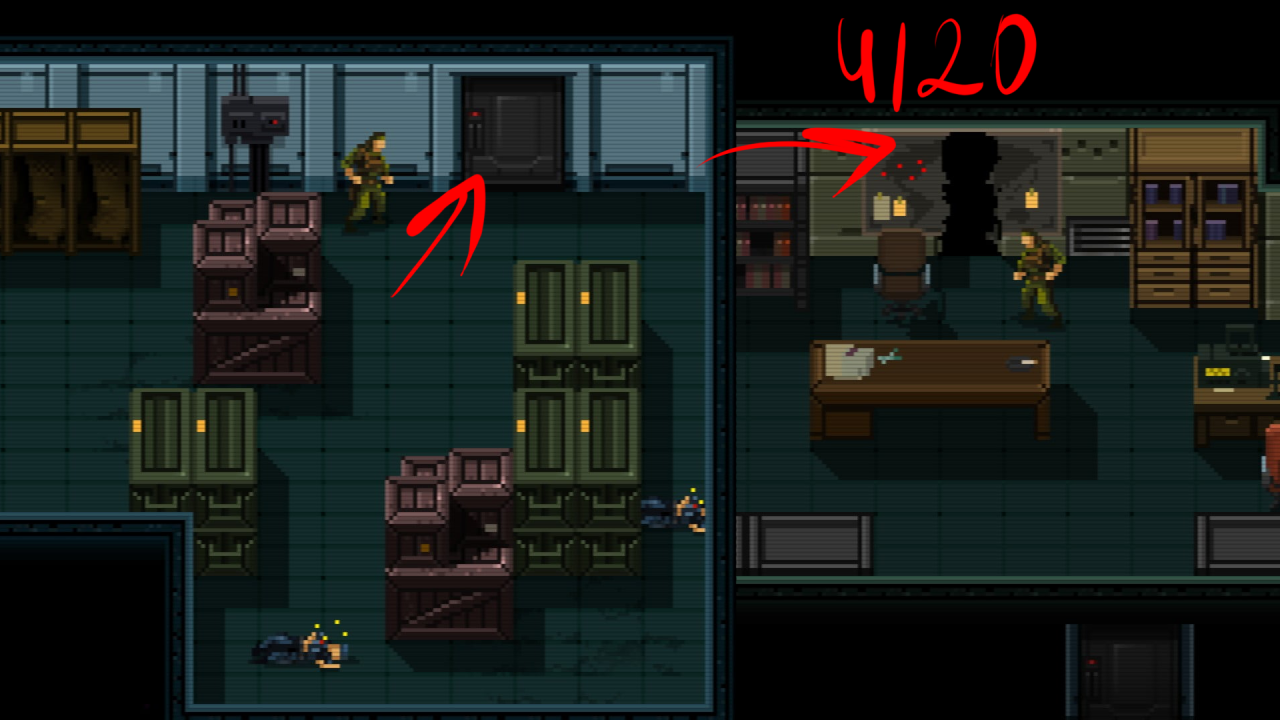 • after defeating Lieutenant Markuson we get a third level card, we run to the second floor with drones, turn left and follow to the very end. we fall into the only room, we break down the wall in the upper right corner – Hurrah, another passage found. 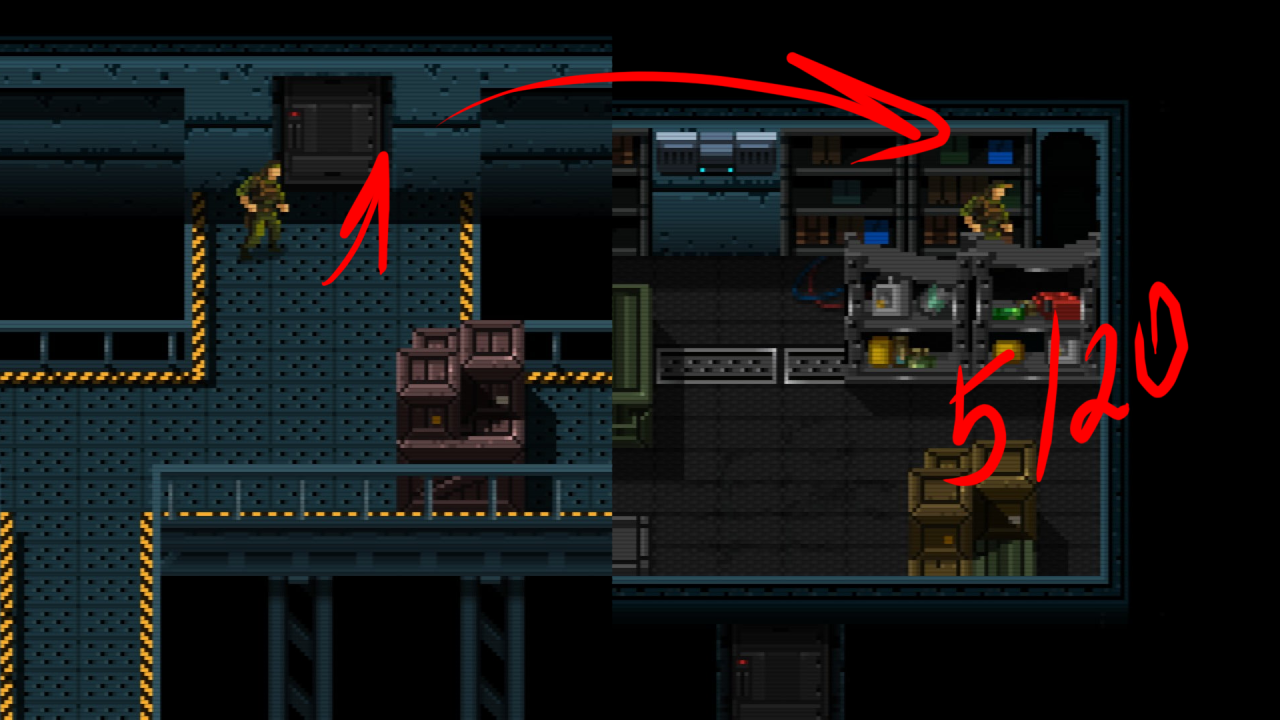 • we find ourselves at the beginning of the chapter and run down. neutralize security, we go into the truck – it has a secret. 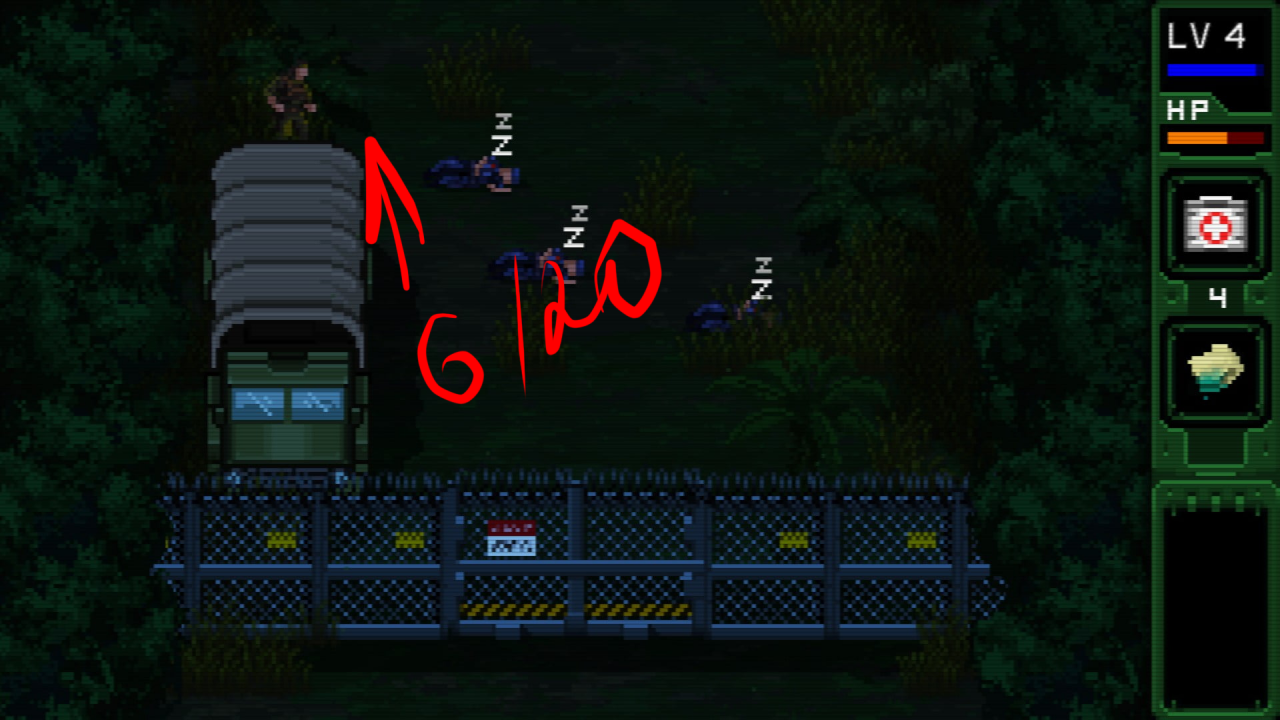 • when we are in a location full of question marks, we go around the top tree and find ourselves behind the box. all signs are going – means the secret is found.(not very clear written, but still look at the screenshots) 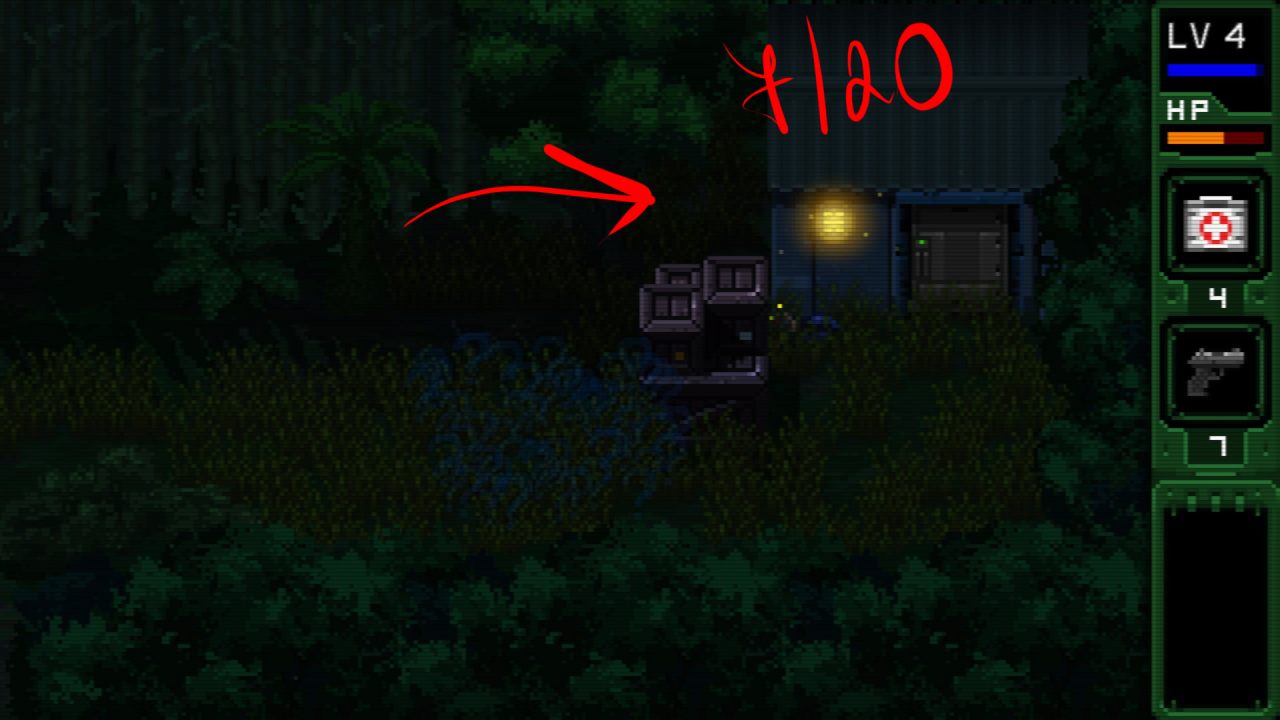 • the third secret of the chapter will need to be obtained after fighting with turret storm, because you need a key. on the way back we see a toilet, there is a box. break the box, breaking through the wall, open the door with the same key – our secret. 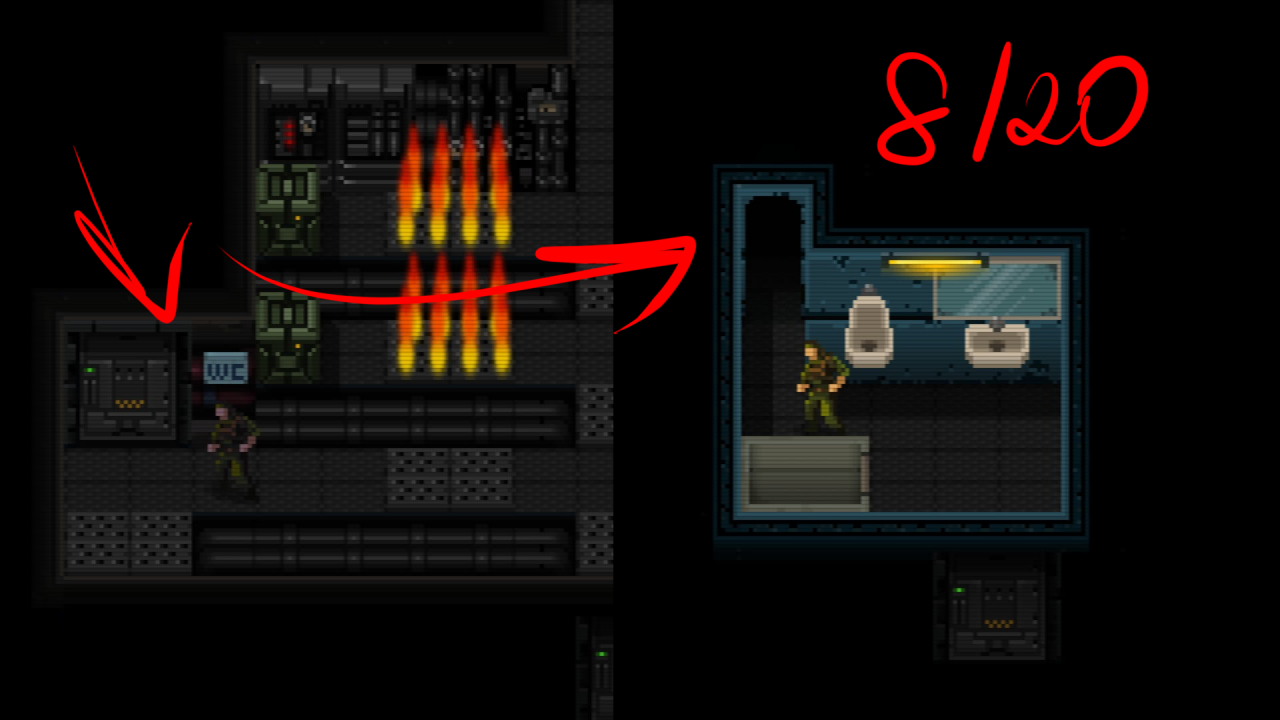 • the last secret is also in the location with question marks, but after we go through the maze. we hit the tree in the middle and it is worth all the signs to come together – the secret is open, our endurance. 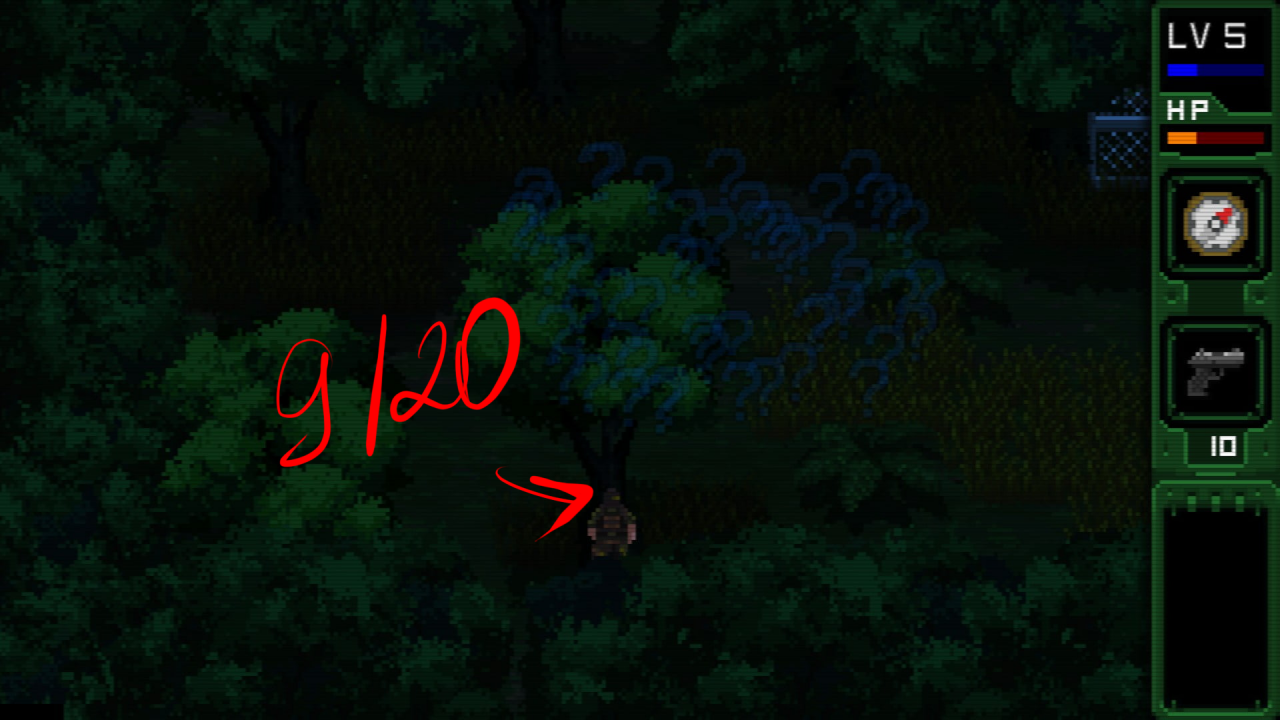 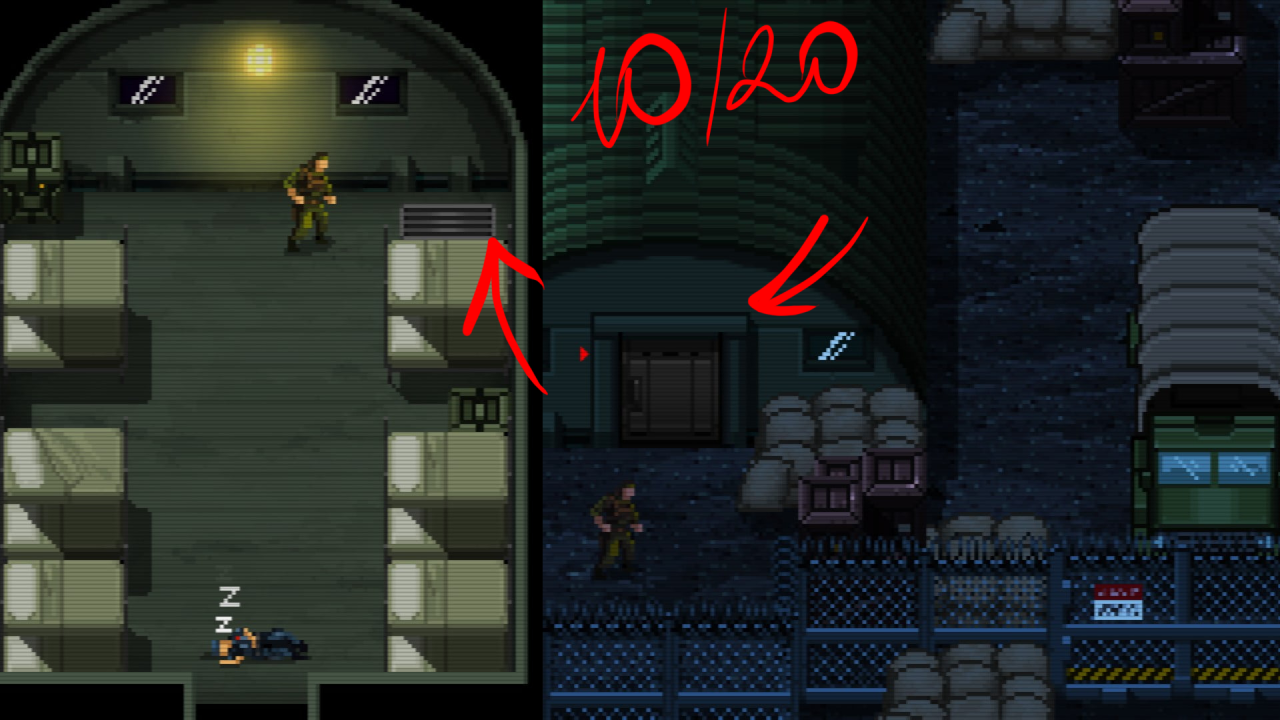 • we reach the officer's barracks and from them we follow down. here, in a small room, there is a wall between the cupboard with grenades and drawers, we break it – the passage is open. 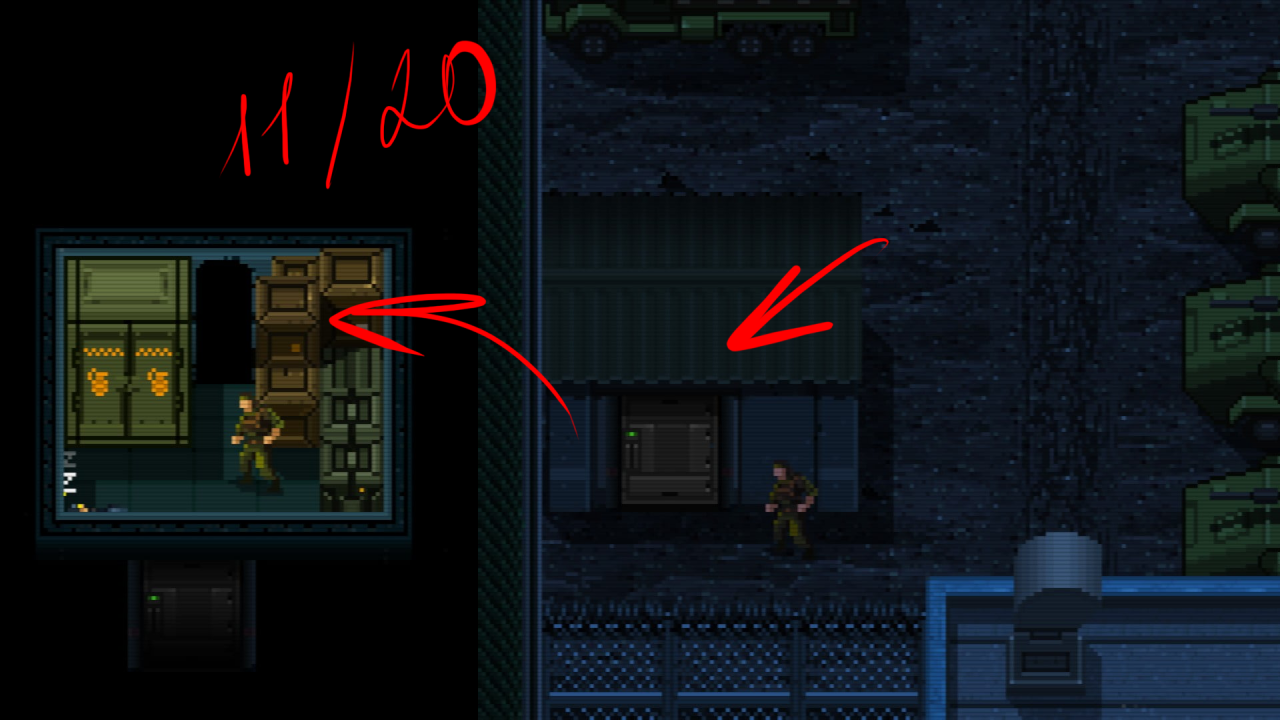 • going down from the very beginning of the chapter we find ourselves on the stairs, a little to the right there are boxes behind the rocket. you cannot go through this location, go down and from there, bypassing the rocket, we hit the big green boxes. further we climb into the hatch – secret is done. 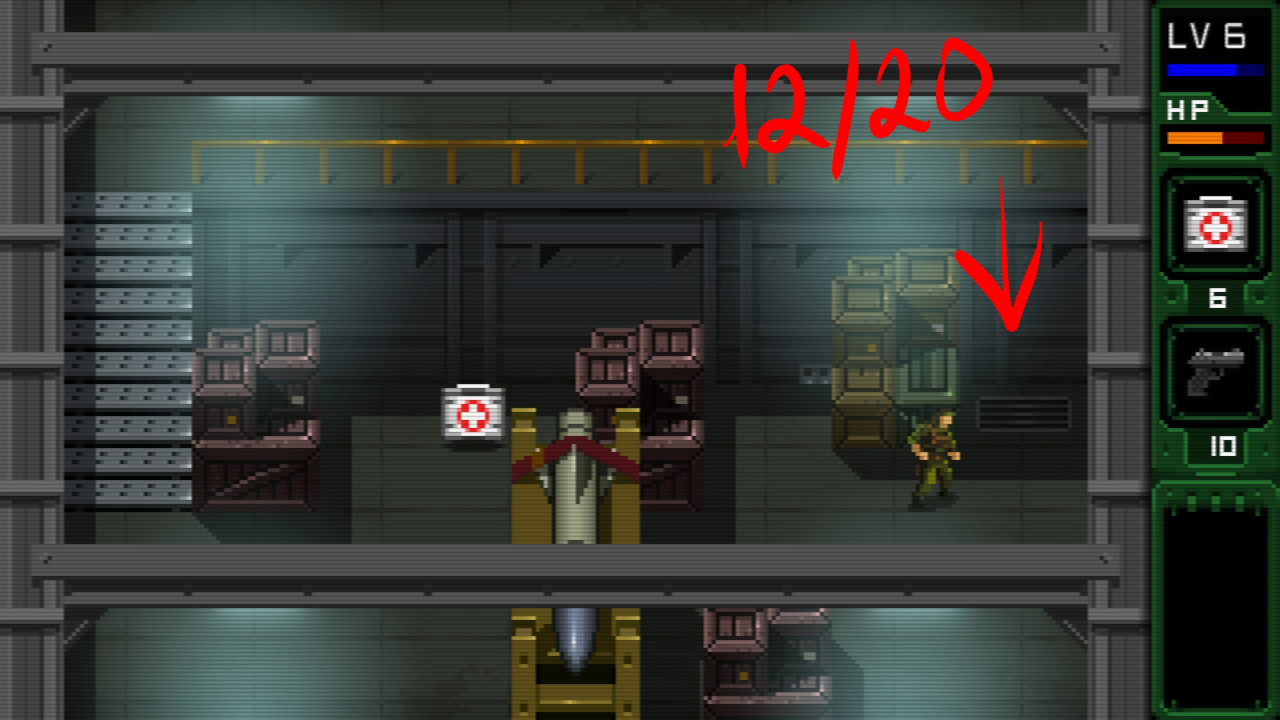 • getting torpedoes for your submarine, we swim to the first turret. there are cracks in the wall above it. getting rid of obstacles, breaking the wall with a torpedo, taking away stamina – secret credited. 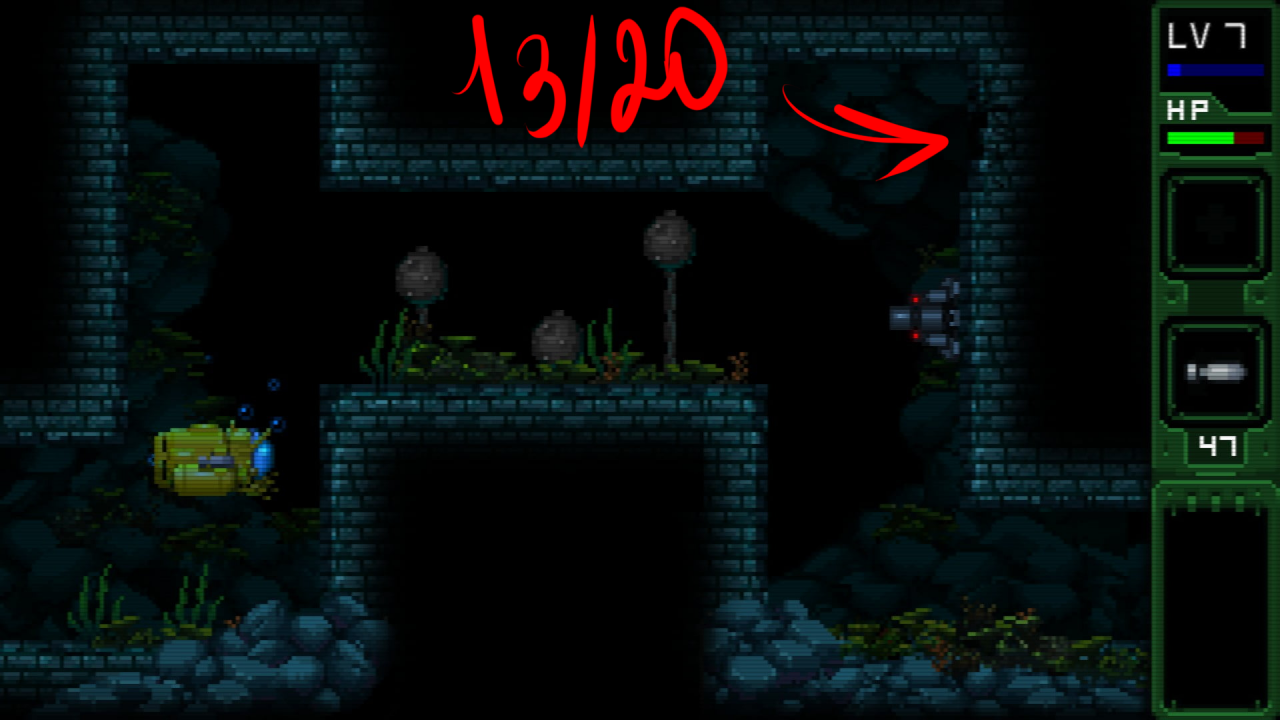 these two secrets are on the same territory. together, where do we find the door to the restroom. 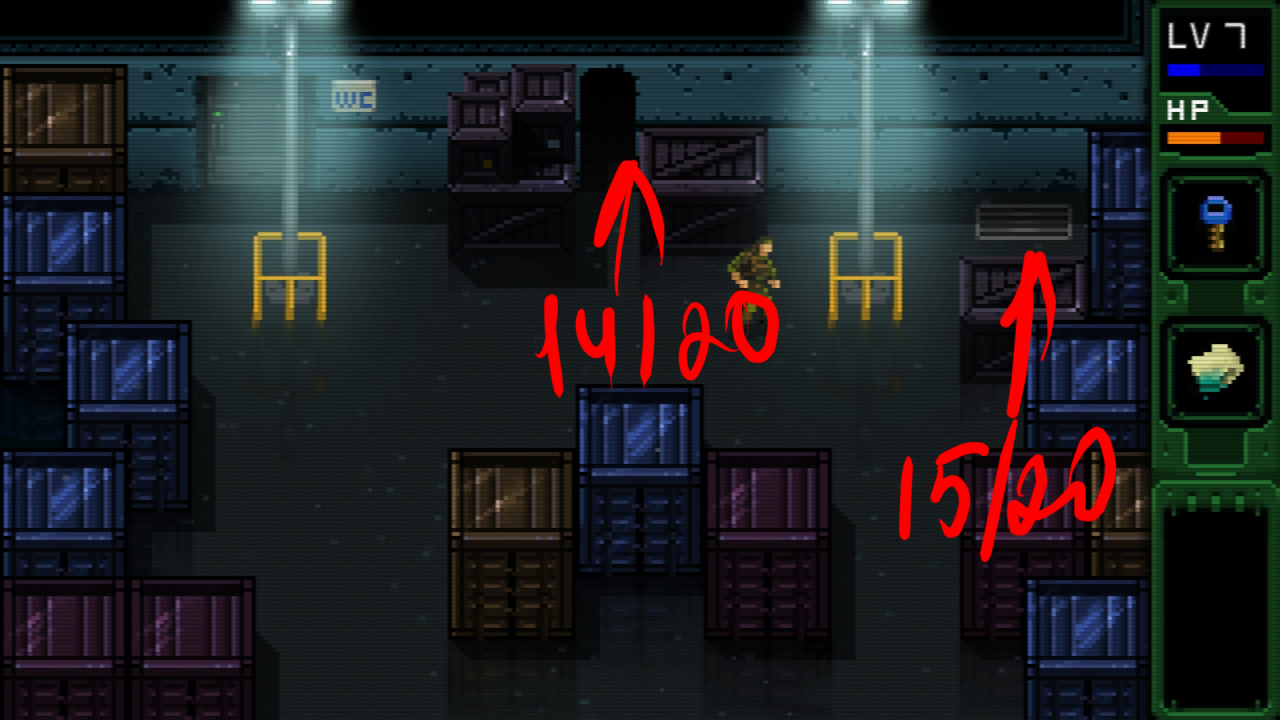 • we beat the wall between two boxes (in the very middle of the screen) and we get not quite there, where is our secret. then you need to go to the left side of the upper corner, break the boxes, go under the hatch – now ready. 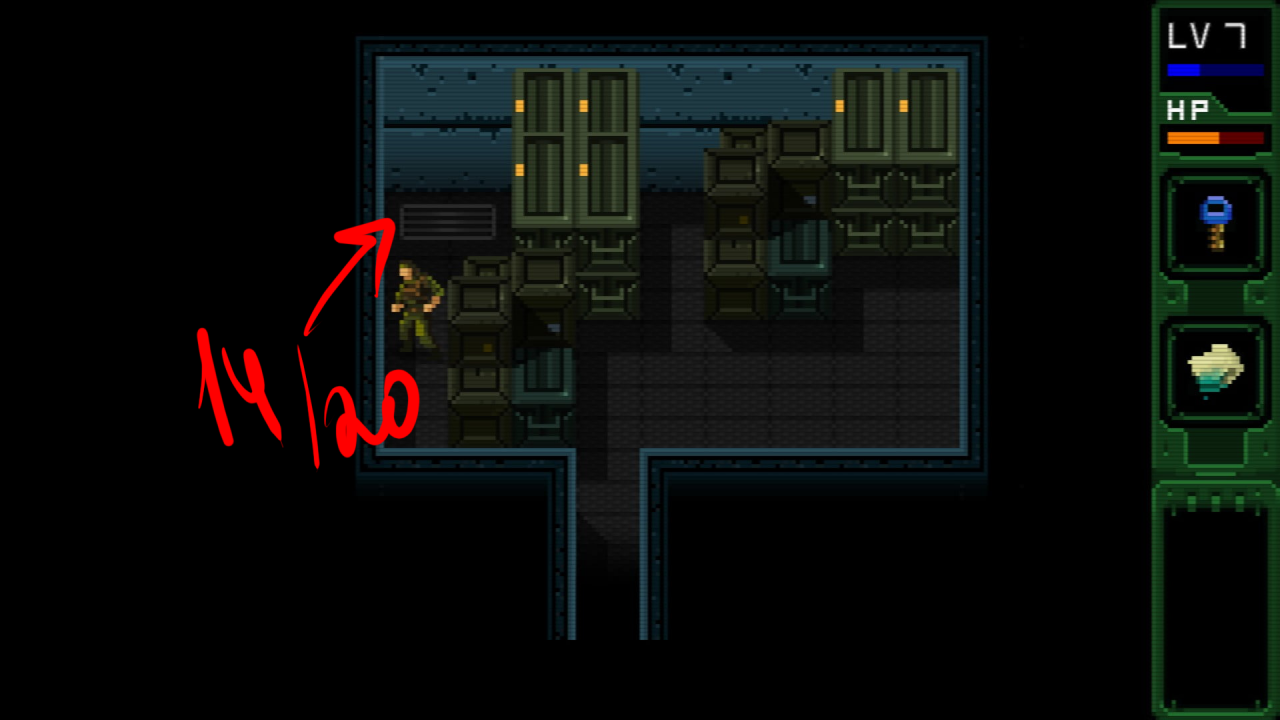 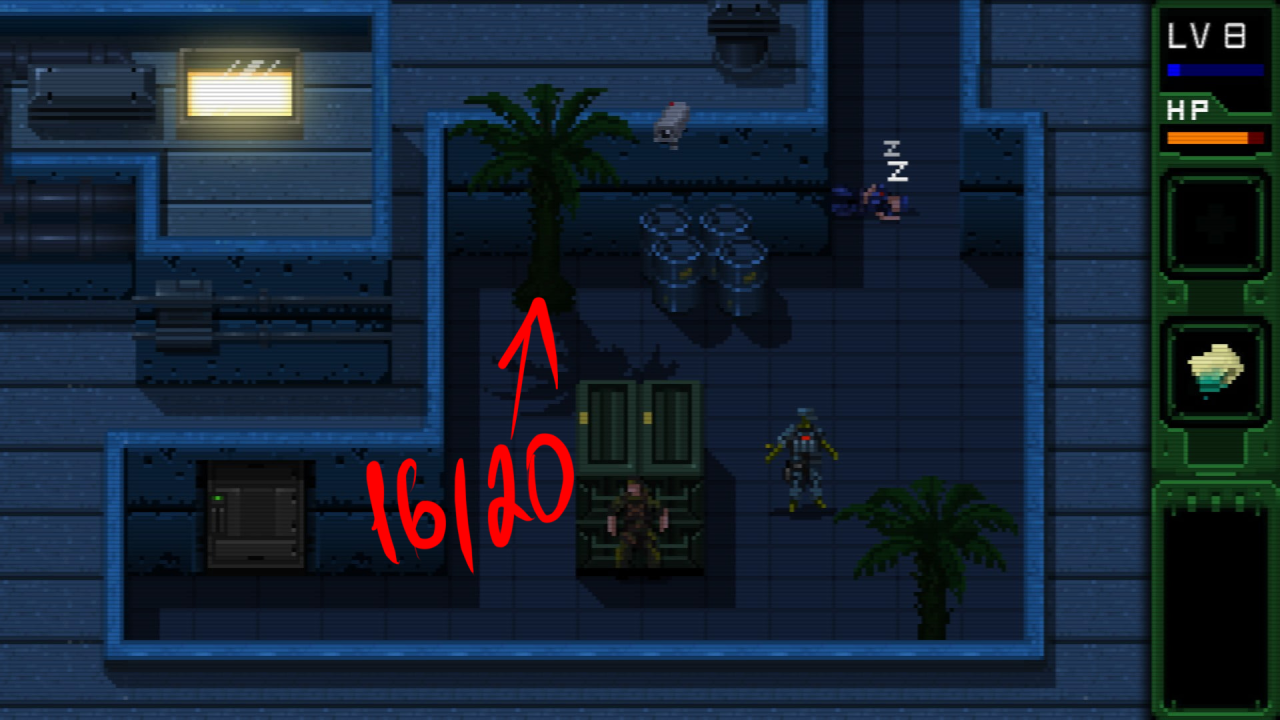 • to the left of the toilet room, there will be a path to a location with two cameras and one tree. behind this very tree there is a secret door, which is the secret, you just have to walk along the wall. how the door will be detected, the corresponding sound will be heard – ready. 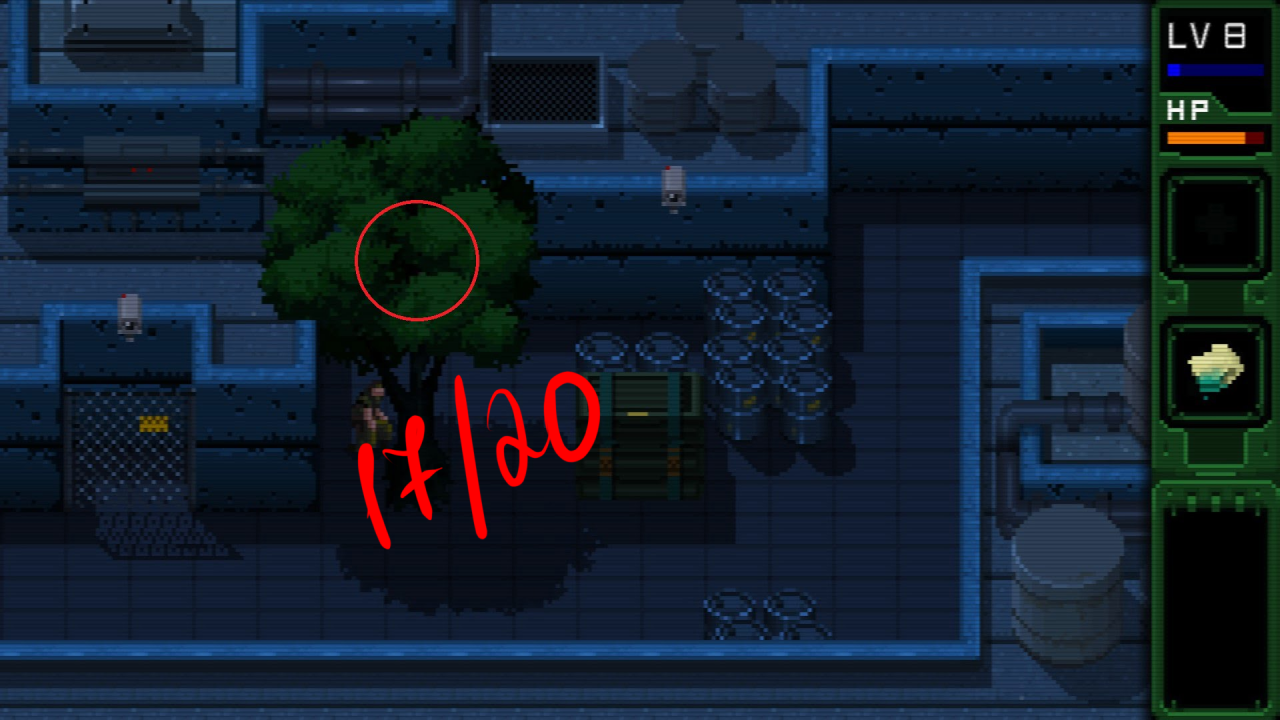 • on the ground floor there is a room with four tanks. for everyone, except one, there are triangles. we break, we go into the hatch – done. 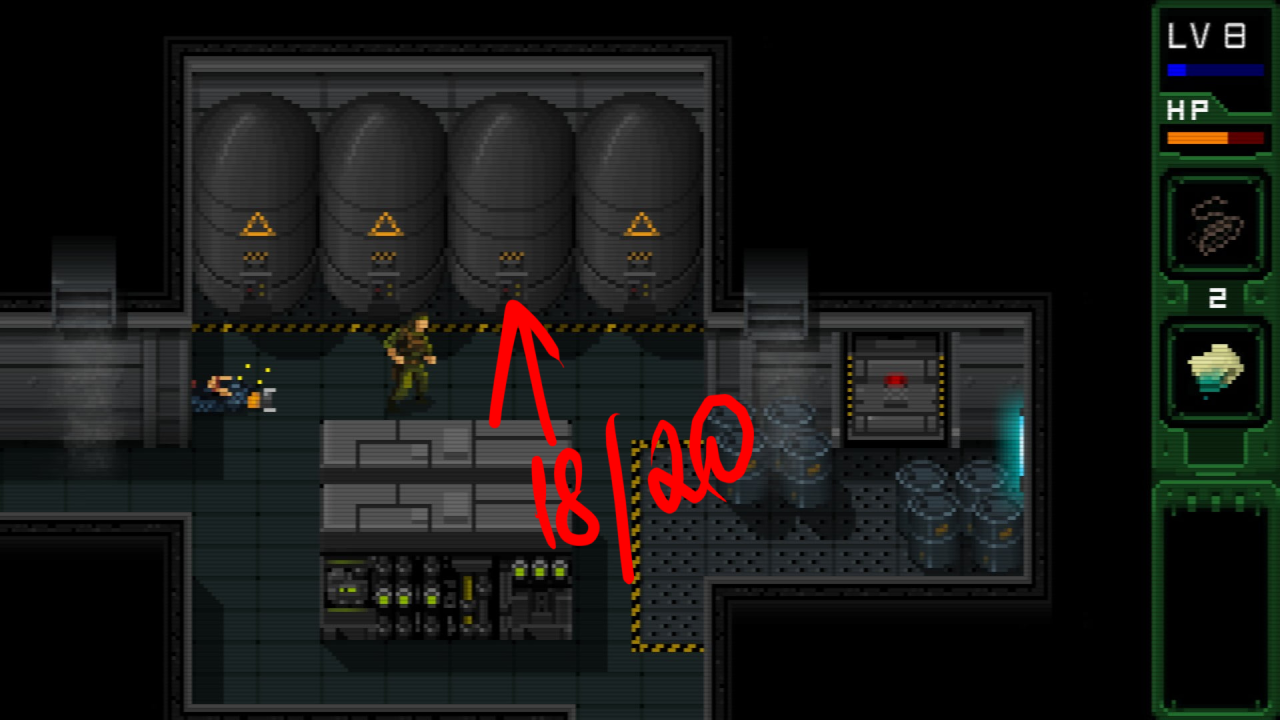 • already on the roofs we find a water head, we dive under it and find ourselves near the duct. we break it, we go under the hatch ourselves – done. 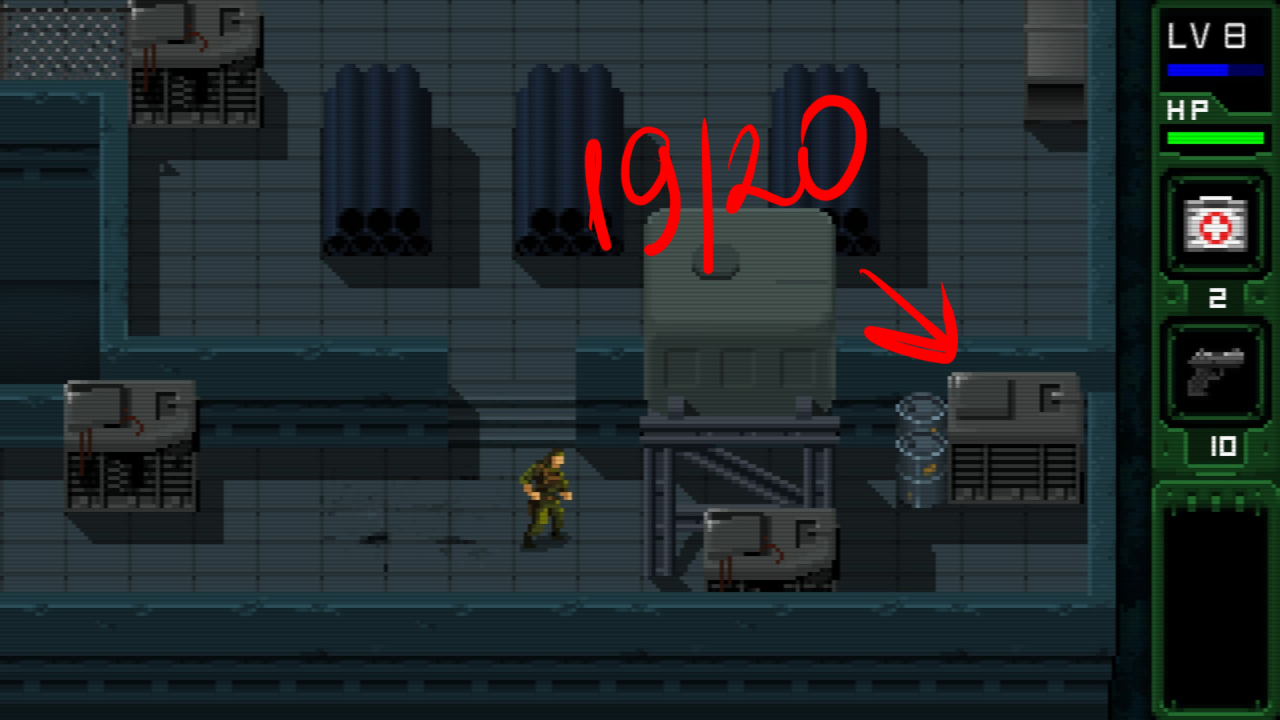 • getting into the maze, they are catacombs, go immediately to the left and break the grate – last secret declassified. 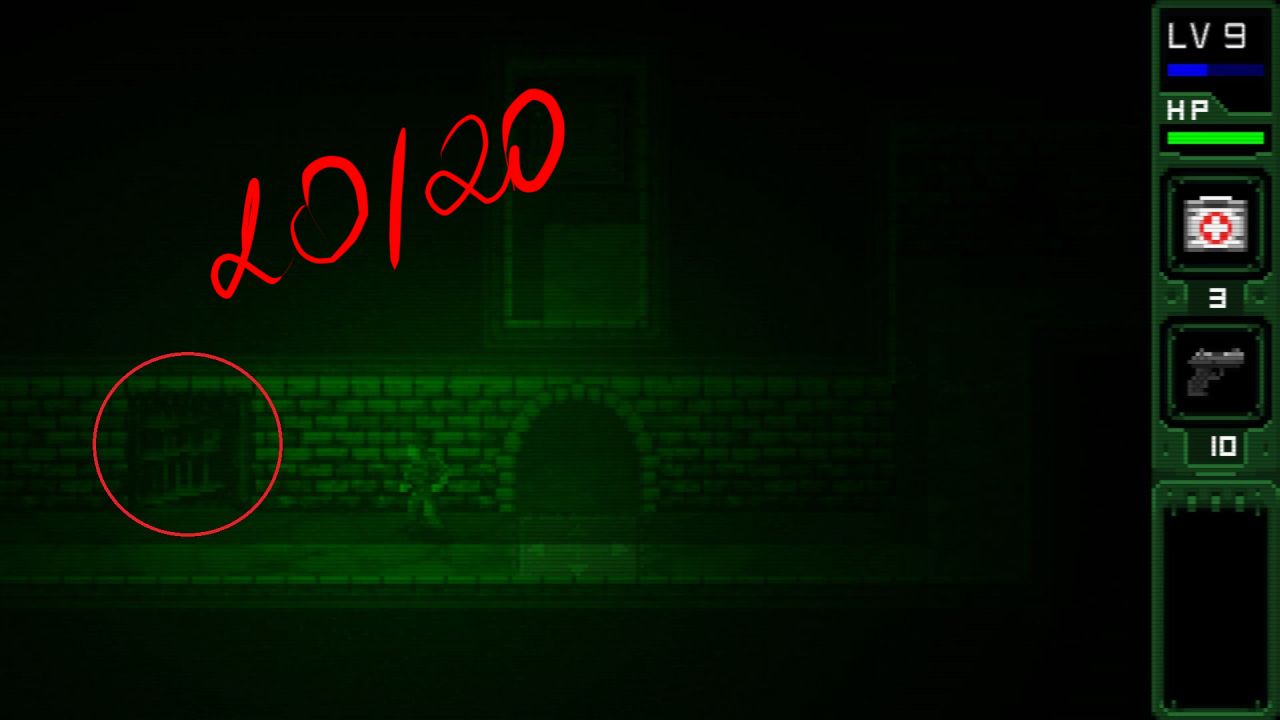 Attention, if you break the bars, lost achievement “do not disturb“. but, worth reminding, what to get achievement “top secret” need to find 15 of 20 secrets and revealing all secrets is optional.

pots
get 5 pots.in 1 chapter 2 pot. looking for premises, where are the other captives.

• in one of the barracks a prisoner sleeps – take the pot out of the box.

• looking for a second barrack, where the prisoner asks us to help him and tells, what's in the box is the key. first open the grates on the right, hitting the bed – take the pot.

in 3 chapter in the first toilet we carry the booths.

in 5 chapter we go around all the barracks, looking for that, where will the drunken soldier be. after the conversation, we clean it up and take the dismissal. then the sergeant's barrack meets and we put a seal on the table there. we return the now approved dismissal to the soldier and we get a pot from him.

in 7 chapter lies the last, at the very beginning in a brown container.

impatience
knock down the doors of all toilets.

always hit the booth doors first – then save.

canned fish
miss 5 a hybrid of human and piranha through a chopper.
cold-blooded

cold-blooded
defeat the Garbage Man, without using a flamethrower. a slingshot in hand, raft under the armpit and forward. until you use the flamethrower, then rats / squirrels will not run.
Darwin Prize / annealing

ambulance
saving the doctor, get to the desired floor less, in less than a minute.in the third chapter gave a choice, who Fox faced. it is best to choose temperature sensors. even if you haven't pumped your running speed – that's all right, the achievement is knocked out immediately after, how did you get off the elevator on the first floor, you will succeed.
eye – diamond

eye – diamond
defeat Flugel, having released all 6 torpedoes.
in one fell swoop

in one fell swoop
destroy 5 boxes with one grenade. at the beginning of the sixth chapter will be on the right 5 boxes. if there is no grenade, there is one box with a grenade on the left. take and knock out achievement.
scorched earth / this is my parking lot

scorched earth
let the tank destroy all boxes and trucks in the barracks.

this is my parking lot
destroy 5 trucks in the northern parking lot by the barracks before, what will Mike do in his tank.

these achievements are incompatible with each other, but no one bothers to save after the first fight with Mike, go to the second, knock out “my parking“. then boot up and let Mike smash all the containers, all trucks, everything, what he wants. I did so, everything dropped out without delay.

you will rest in the grave

you will rest in the grave
defeat Takuma Takagashi, without letting him heal. we launch two missiles in a row at him, he will not have time to reflect one and will be immediately defeated.
technophobia / arachnophobia

technophobia
destroy 5 drones with punches of fist. can be knocked out in the third chapter and the battle with the boss.

photo hunt
get your hands on Robert's photos.in 9 chapter, when you get the 4th level key card, leave the office and go left. a room in the lower corner with three guards then, what we need. there will be photos of Robert on the table, but be careful.. 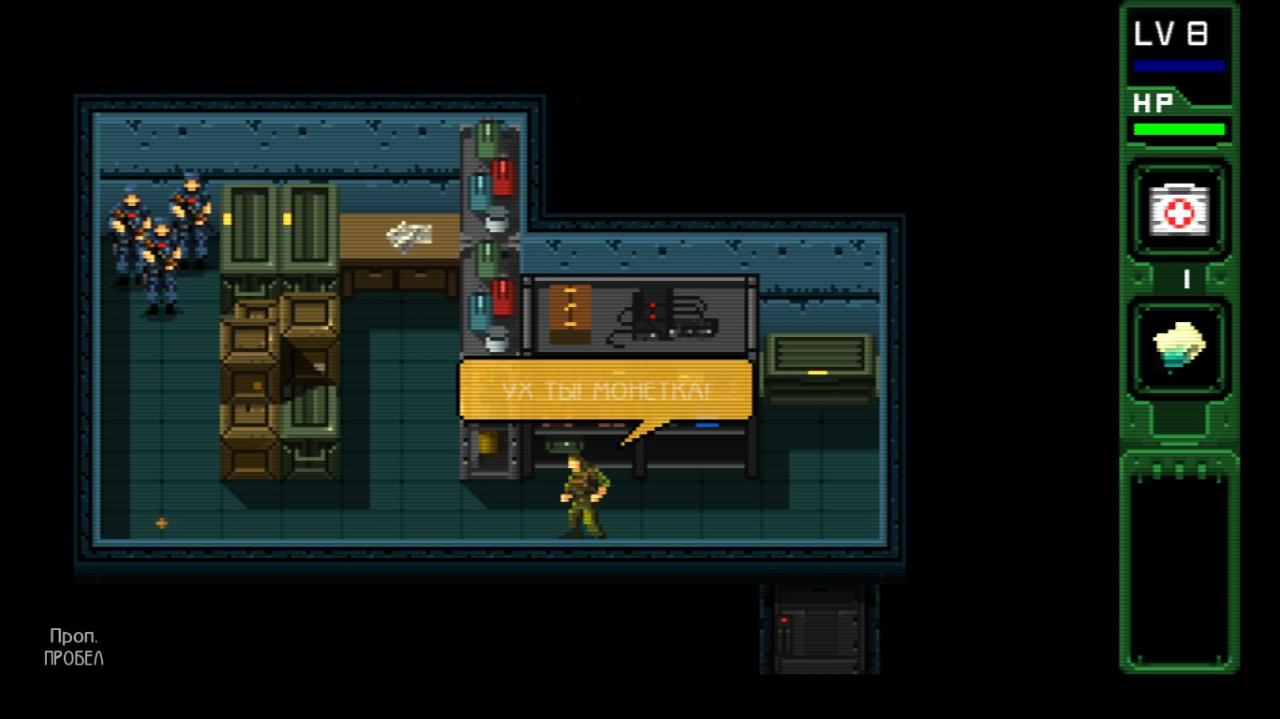 arms lord
accumulate 90 cartridges. better perform with achievements “top secret” and “experienced“. collect all the secrets, they contain enlargers of stocks of a cartridge. and as soon as you reach the 9th level of experience, choose to increase the combat stock.
do not disturb

do not disturb
go through the Catacombs, without destroying a single lattice door.
in attack!

in attack!
destroy the robo-tank of General X without using electromagnetic grenades. I also do not find this achievement difficult. easier to dodge bullets, than to drive inventory and change weapons back and forth.
a real man

a real man
complete the game on hard difficulty.
all trophies received

all trophies received
well done! you are great!
From fanatka_solid_snake