Little (for now) boring, but useful figures in tables and considerations on them, to make it easier to choose a useful thing from a variety of others

Table with the main characteristics of the armament of the structures.
Later I will add a reload time to clarify the damage / time. 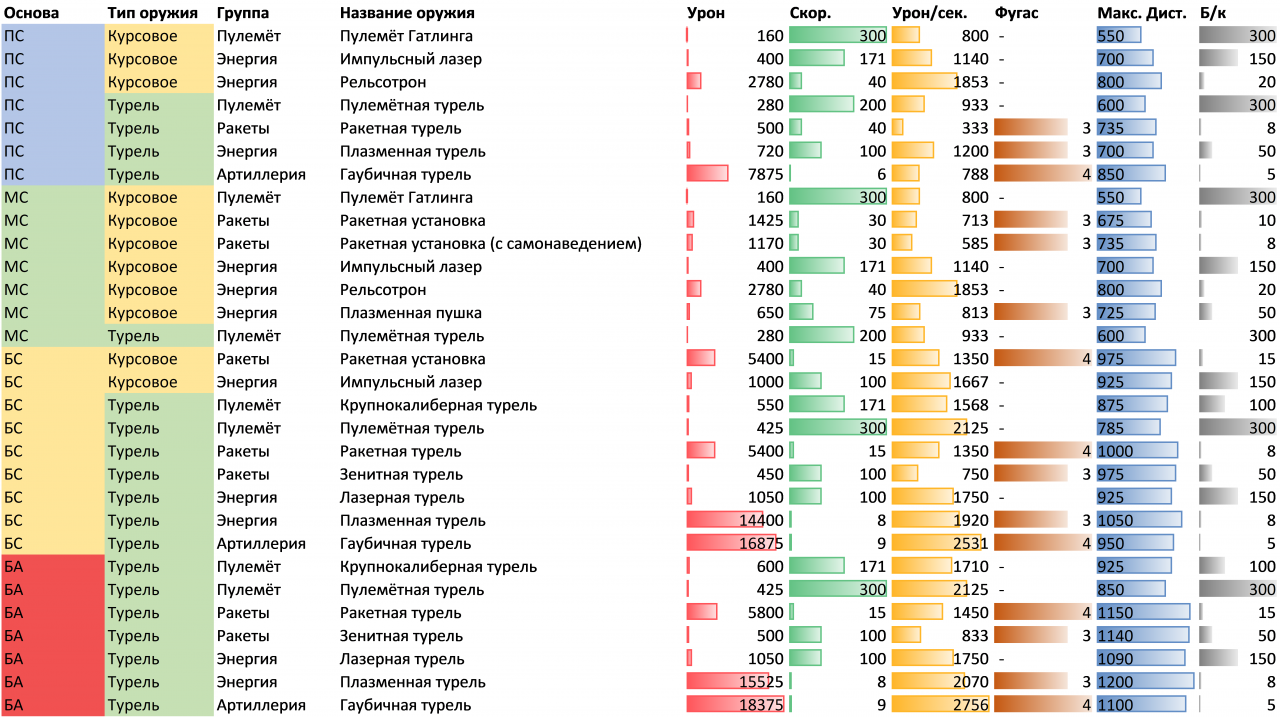 Table of characteristics of sprouts.

It's simple – the higher the yield, all the better! 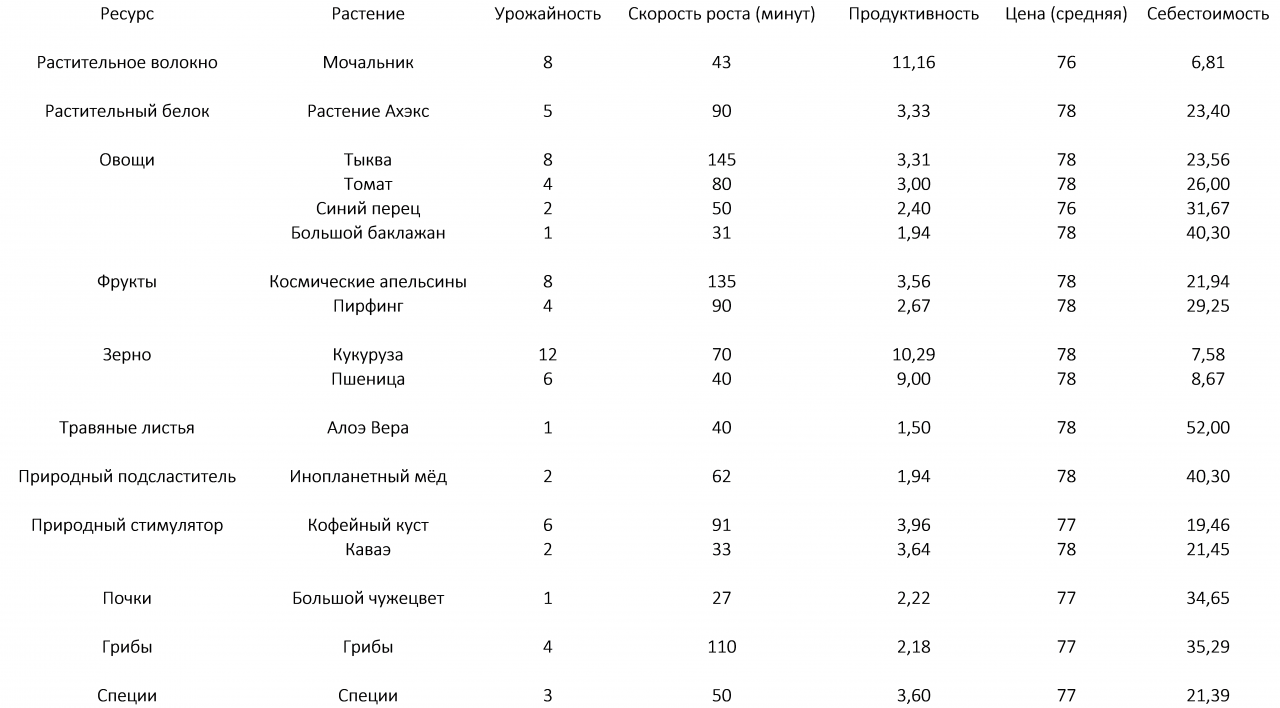