How to drag in an anime bucket

If you are not ready to spend a lot of time on anime parashu, then here is a great guide on how to save a lot of time and nerves (especially in endgame content)

1. First of all, you need to unlock Miyabi in the story. 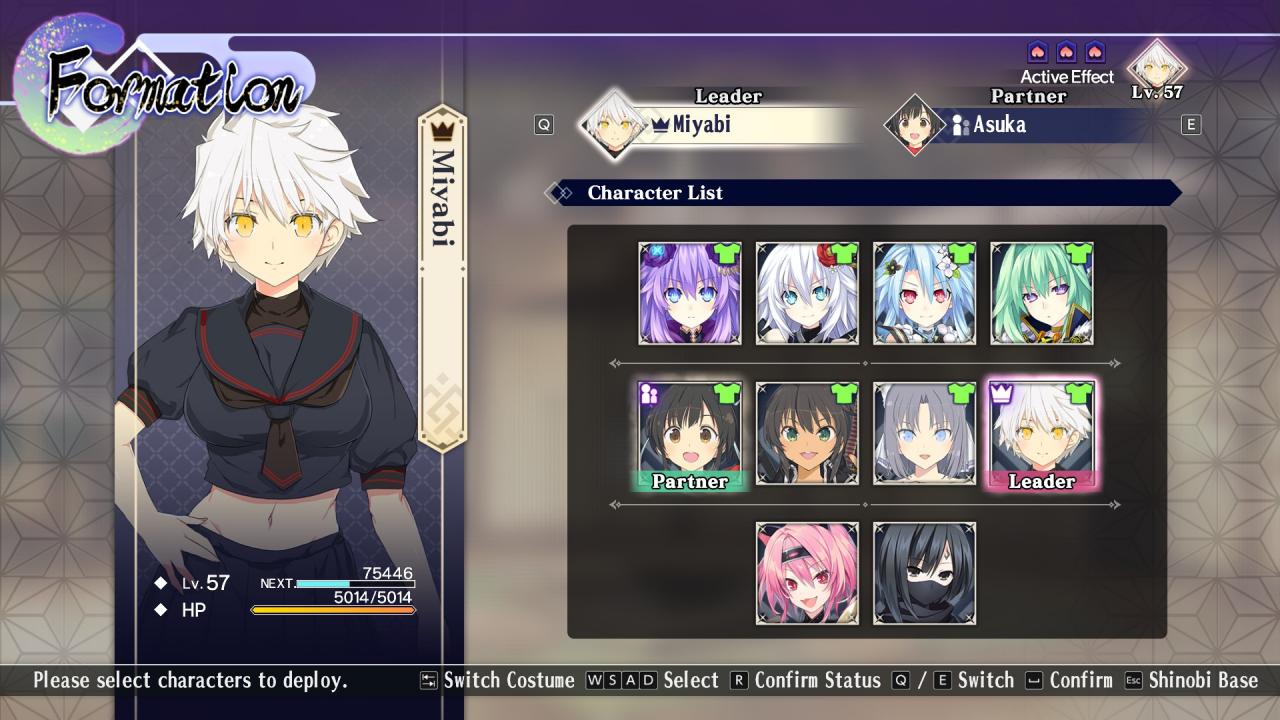 2. Next, you choose the shuriken with the most damage.. IMPORTANT: shuriken can be any, but better, to be approximately 60-90 damage, these things will open after a couple of bosses. If you are lucky, you can get this shuriken from additional quests, who will be you and a friend and brother almost until the end of all the content in the game. 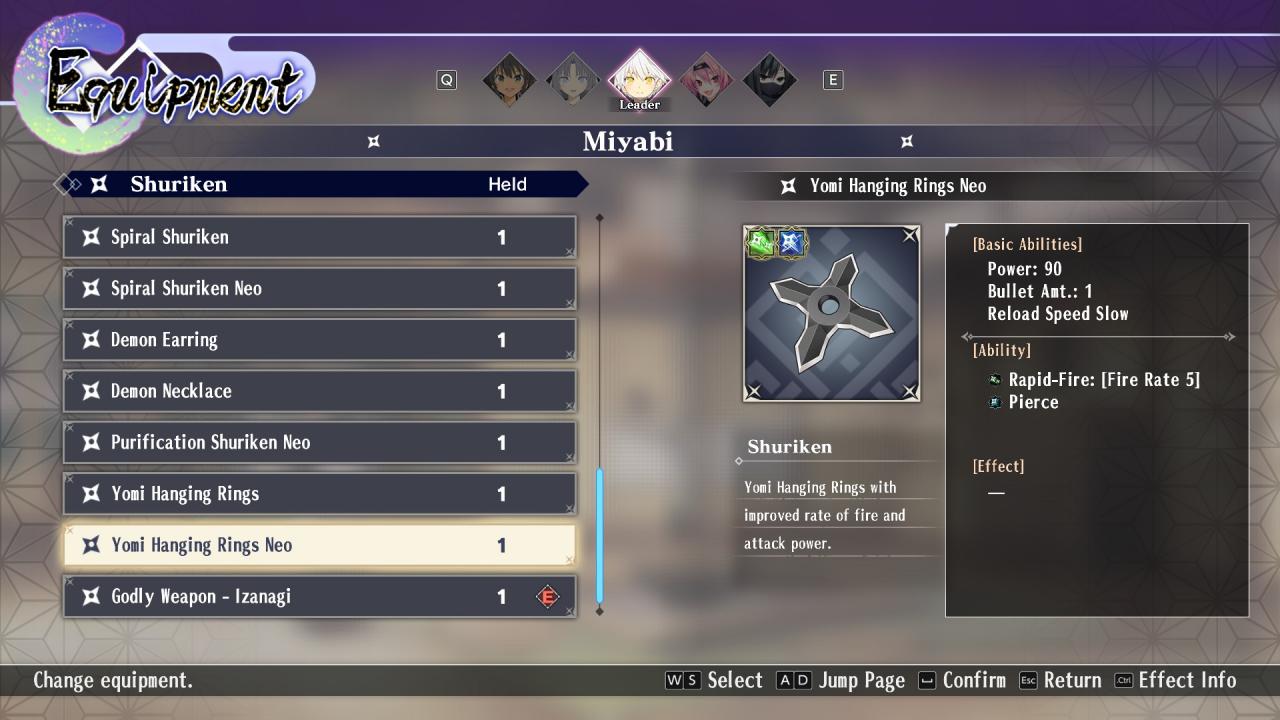 3. Next, select the Miyabi skill in the panel “Rosso Dyed Whrilpool“. And I recommend that you immediately bind it to a key that is convenient for you, so that you quickly jerk off to this combination. 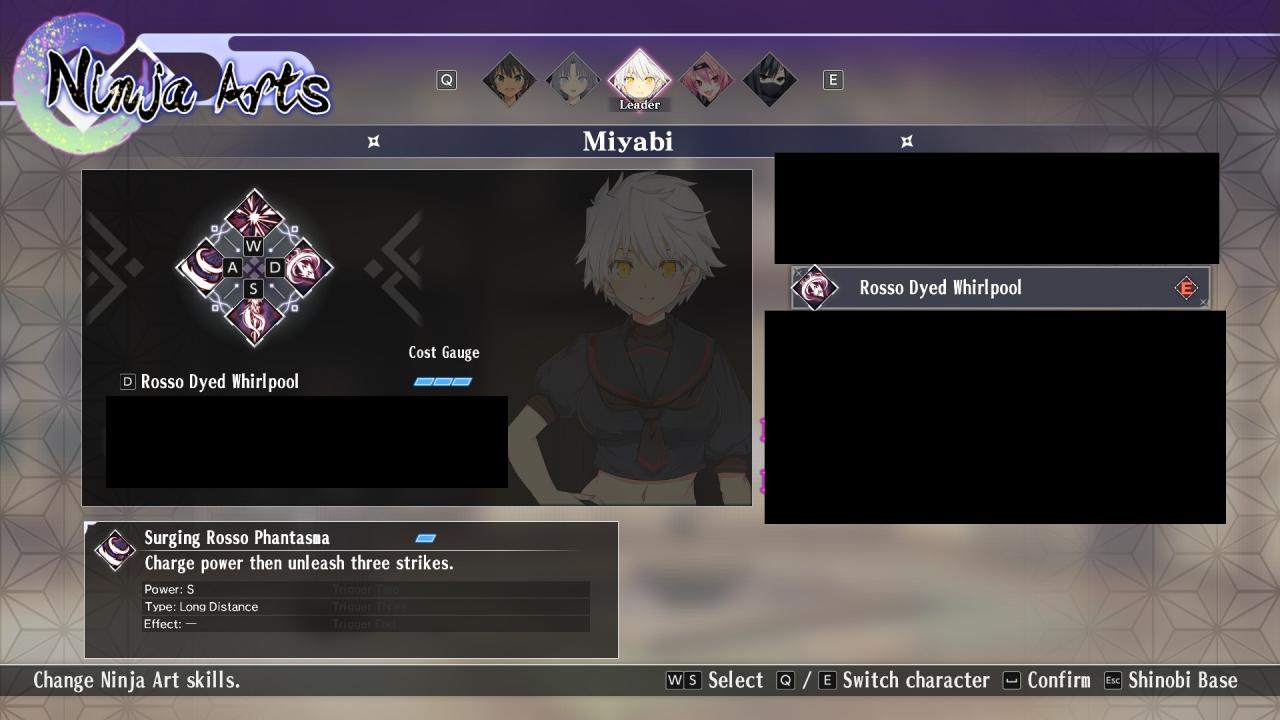 4. Optional: drop these two amulets from the store, Yes, just in case 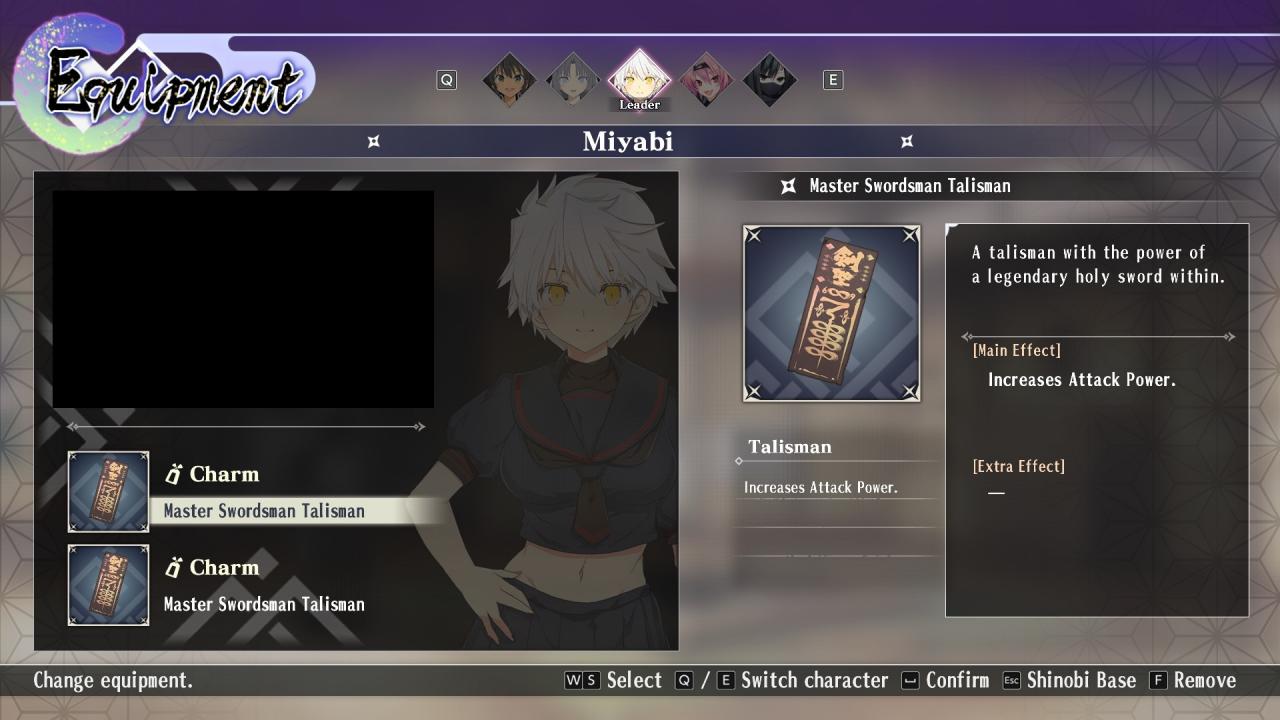 After throwing the shuriken, you hold down the skill selection button, wait until Miyabi throws a shuriken in slow motion (characteristic throwing sound + the appearance of a tracer from him), then immediately press the button. 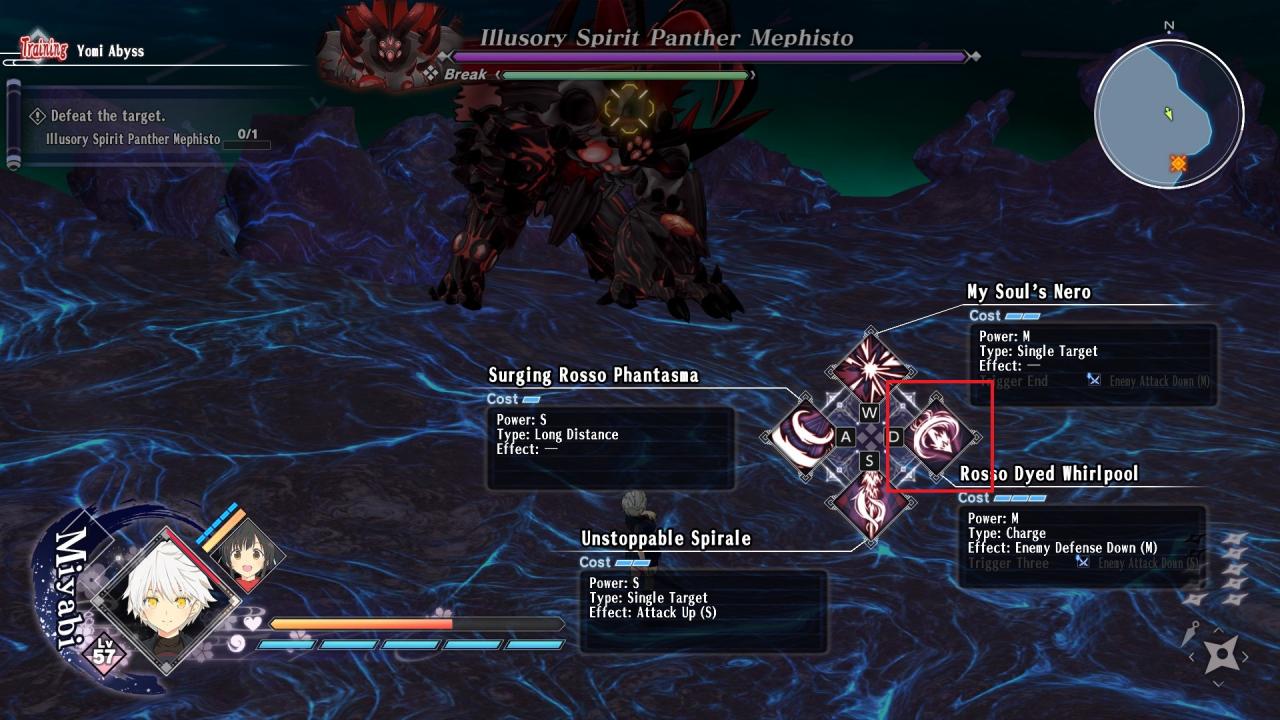 VERY IMPORTANT do not dirty your pants and hands – don't press the button, until, until the throw animation ends and the shuriken is released, otherwise she will just lunge forward and nothing will happen.

If it dawned on you how this bug works, then you should have approximately such damage numbers: 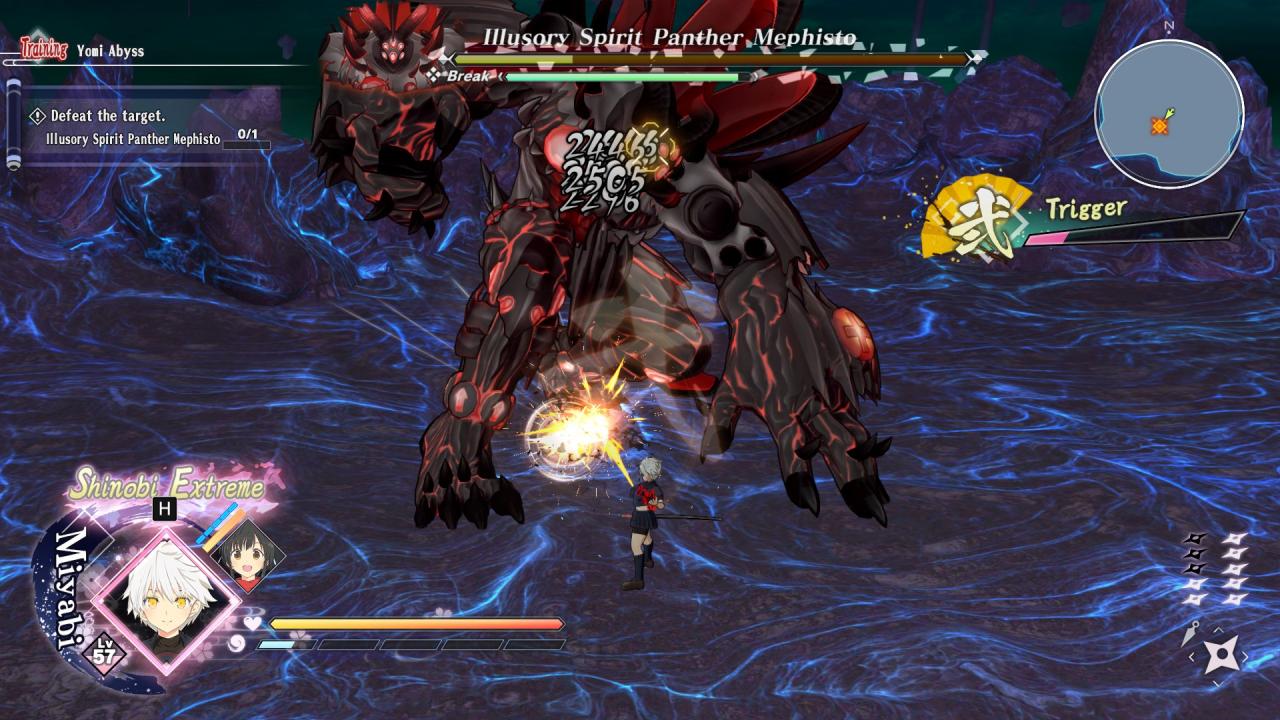 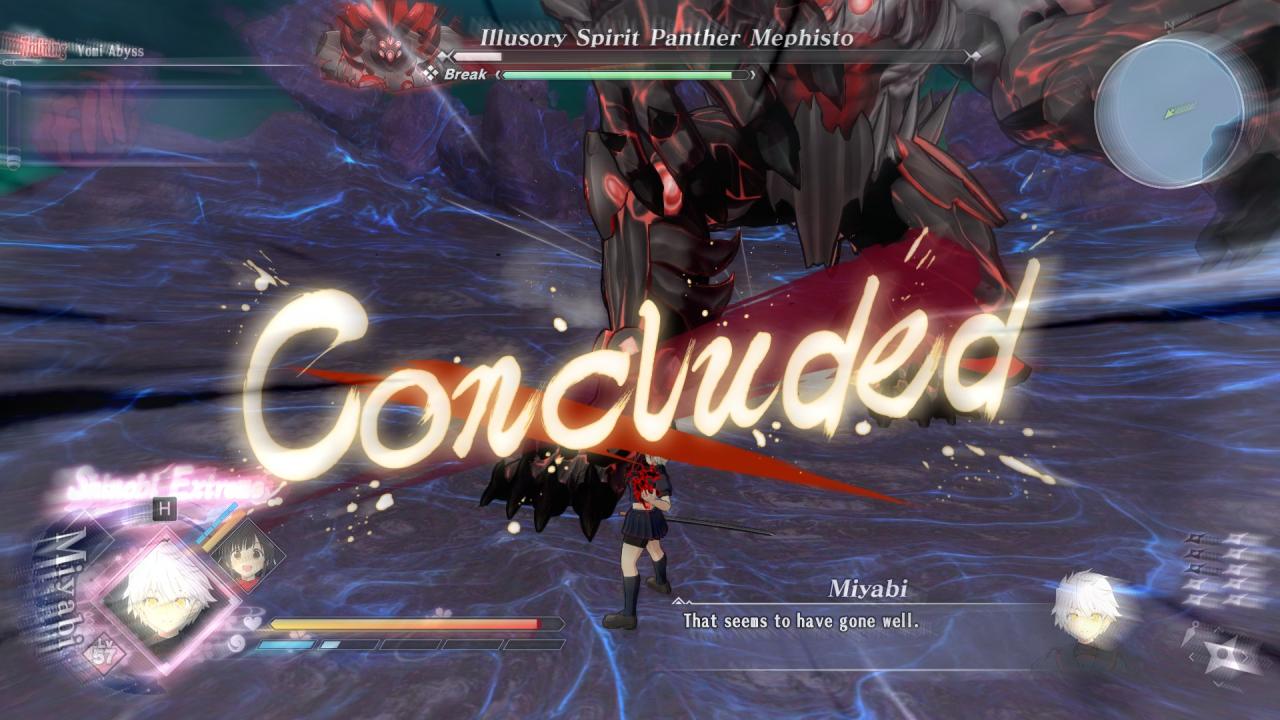 Female, Yes? It also works on both PC and consoles., almost sure, that they are not going to fix it.

The very top, which you can achieve, excluding scrolls for buffs, approximately 10k damage from one hit with one shuriken.

However, it will be already in the final of the endgame event (which is unlocked after completing the campaign) and you probably won't need it anyway., but I'll leave it just in case.

For such fantastic numbers, you will need these two toys., which you will receive after passing the final boss.

Shuriken shoots in three directions, has penetration and inflicts 200 units of damage (the base value of the item). Of course, the one-shot effect is achieved by standing close to the enemy, so that when fired, all three directions hit the enemy model.

This weapon is given for each kill. (including repeated) event final boss (NOT LEVEL), so you can farm it on all characters for the sake of collection.

From Tenshi_Charlie and Grenade Eater