Comfortable build for playing with a bow.

I have played more 1300 hours before the release of the game on steam, and almost immediately decided on the choice of weapons and direction of development. That's why, I'm not going to claim, what is the build – imba, the best possible and will definitely be the most efficient for farming and pushing levels. But it works and I like it. Moreover, I don't know how some mechanics work, so that, probably, some solutions, taken by me when compiling the build, may turn out to be wrong. I will try to supplement the guide as necessary, How can I find better alternatives?.

The main emphasis in the tree is on physical damage. (physical damage), bow damage (damage with bows), poison (poison), evasion (evesion), ranged force (ranged power), increase in the number of drops (droprate).
At first, you can ignore all nodes for poison and droprate, focusing on the rest. You can start taking poison after opening a node “Contagion”, which allows you to clear waves faster, due to that, that the poison is transferred from the killed mobs to the next wave. I took droprate mods last., solely for the sake of increasing the maximum chance to drop. Nodes “Force Conversion” and “Ethereal” well buff our survivability. 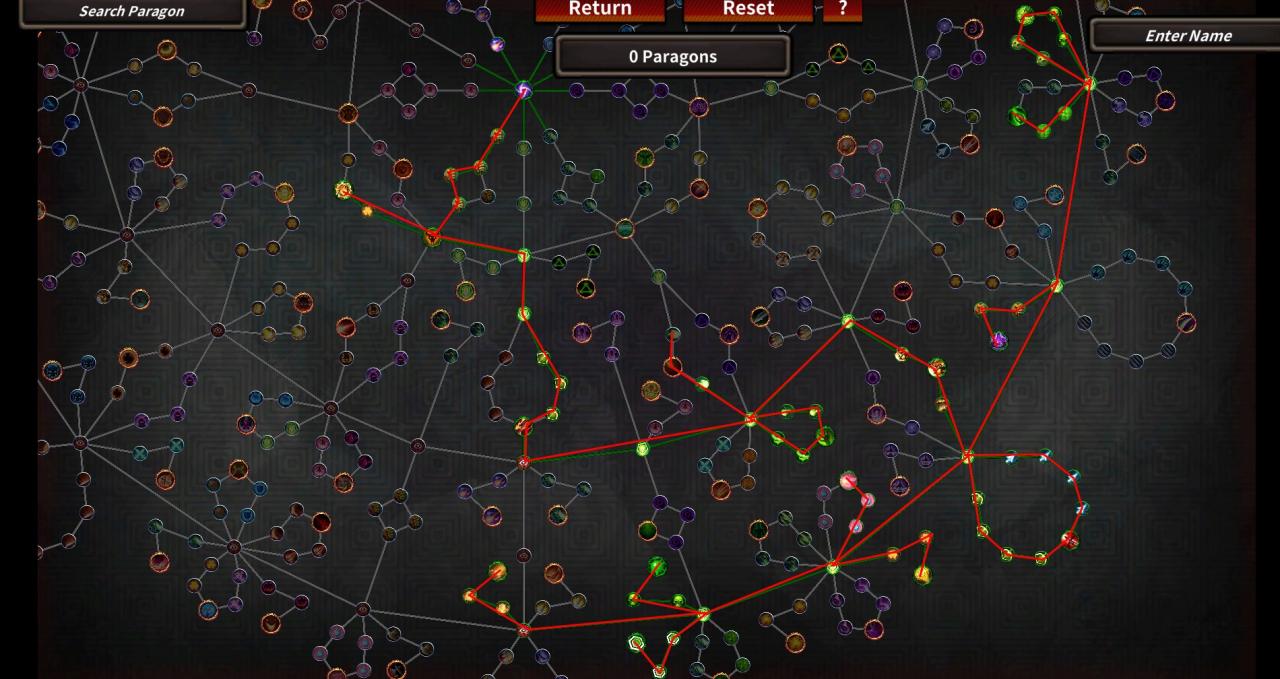 I have two item sets: one is focused on increasing the drop, second – for bosses, trials and level pushes. Some items remain unchanged..
To start, to make it clearer:
In fact, each item has three parameters:
-base of the subject (main white mod and additional on some items – blue)
-2 prefix (green fashion)
-2 suffix (yellow fashion)
besides that there are two more:
Crafting Bonus, which must be raised to 100%, if you plan to use the item
and craft mod, which also needs to be thrown on each item and pumped out to the maximum.
the last two do not open immediately, with new levels in Battlefields.
If the prefix, or only one suffix – means, that there are two of them, but they are the same, and the bonus itself is doubled accordingly.
Most items have dodge bases, protection, counterattack, or a combination of these mods. Ideally – gotta take the evasion, protection, or double evasion + defense. Describing these items, I will not write about the base, not to repeat.

First group – shmot, which is always on me.
All group items, there should be craft mods for damage with two-handed weapons, or bows.
Onion: base ideally on Ranged power, in case of emergency – max evasion chance.
Prefixes: Ideally – physical damage, last resort – any spontaneous.
Suffixes – two-handed weapon damage, physical damage.

Rings: I haven't decided on the best base yet.. I use “Monster respawn rate”, but first of all I always focus on other mods.
Prefixes: two elemental damage, necessarily.
Suffixes: Ideally – bow damage. In extreme cases, you can pick up elemental damage like this, so that it matches with elemental damage on both rings and on the bow.

amulets: the hardest thing for me. Also undecided on the base., try to ignore the block.
Prefixes: Crete, Penetration. As a last resort, the strength of the poison.
Suffixes: Ranged Power, penetration, Crete. In a pinch chance of poison.

Belt: base for damage, or a chance to dodge.
Prefixes: Accuracy, Crete.
Suffixes: two-handed weapon damage.

Second group – gear for farm.
All group items, there must be a crafting mod to increase the droprate.

Third group – gear for bosses and pushing.
All group items, there should be craft mods for damage with two-handed weapons, or bows.

Shoes:
Prefixes: first of all, we catch a double Stamina regeneration.
Suffixes: the door, Protection.

Naturally, mindlessly throwing a bunch of gear on the same stat (talking about emphasis on defense and dodge), there's no point – the game has a cap in 40%, which can be increased to 80% objects and paragon. try to balance, so that both defensive mechanics are cape, first of all – the door. Same with droprate. If it's too much – you can take one, or several items from the main build, or temporarily twist crafting mods.

For, to make it easier to store a second set of items, you can protect each item from accidental parsing, hovering over an item and pressing Shift+LMB.

Decide for yourself about the item filter. I disabled the first 7 shots almost immediately, in the first two days of the game, step by step. As soon as the whole character was dressed in the first available gear of at least the weakest shooting range, i turned it off – so up to 7 (yellow). Starting from it, already started picking up gear in the build, when I collected something more or less worthy, turned it off and started 8 shooting (Orange). Now it's disabled too., so that only the last two shooting ranges fall out.

Each skill has a total 100 levels. At the moment, only the first ones are available to me. 2, to the rest or not yet reached, or they haven't been added yet.. Points can be redistributed at any time, and new nodes open as the skill is pumped, so I will paint the final tree, but at first you have to invest points there, where can.

The first skill can give more damage, if you ignore the nodes for experience and magicfind, but most of the time i farm, and each time there is no desire to redistribute the tree): 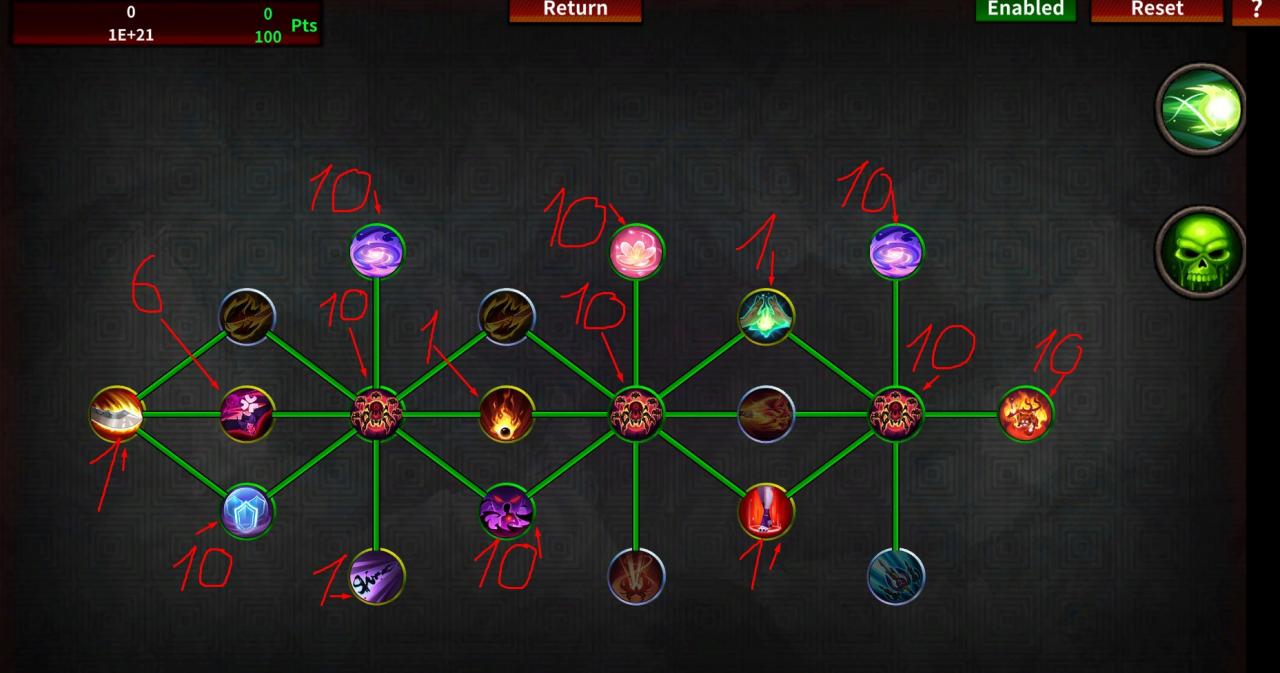 The second skill is easier, highlighted node in orange, in which I threw only one point. the rest are maxed out. The second element is also taken only for the sake of this node: 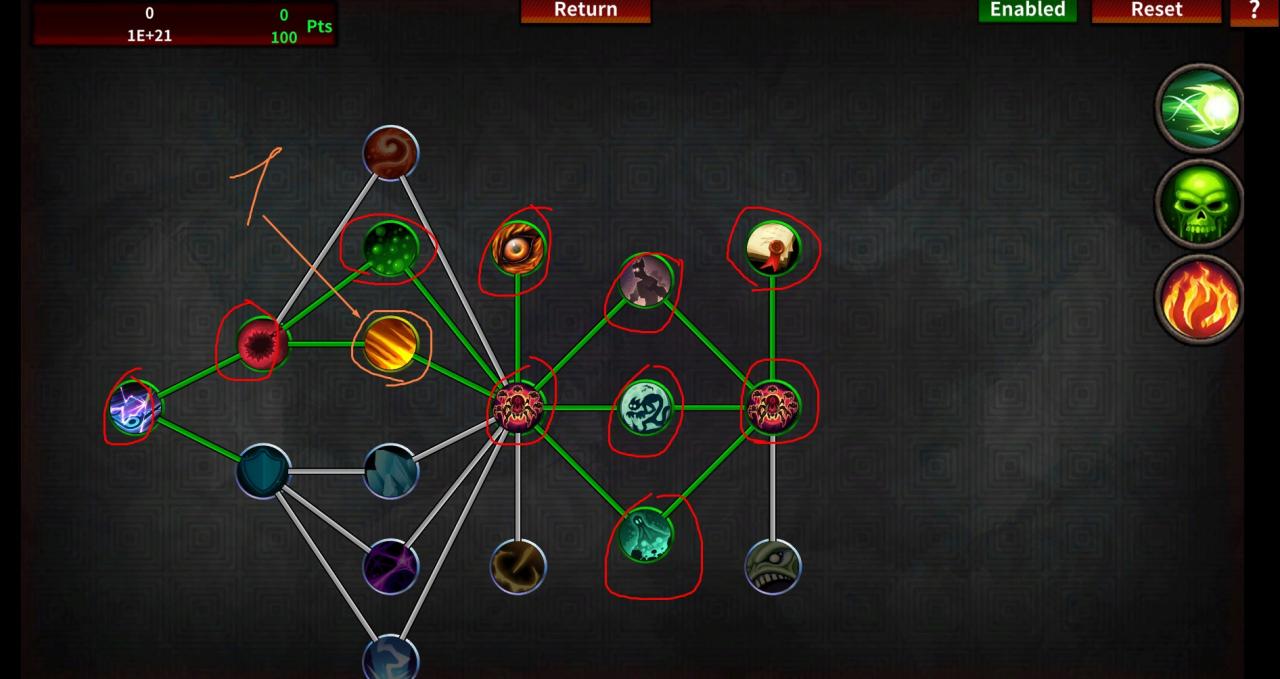