The guide will be useful for all users, playing this game

Dark Souls clone, but that's not bad. Instead of bonfires, fountains, which restore healing( we have our estuary here) and resurrect enemies) The stylistics of the East reminds of the Prince of Persia. But at the same time, the game cannot be parried, and instead of somersault, we have dash, who spends stamina. There are two types of attack. Sword attack and ax attack. Not hard to guess, that it takes more stamina to hit with an ax:) The gameplay has not changed. The fountain is our preservation, and enemies are our headache) 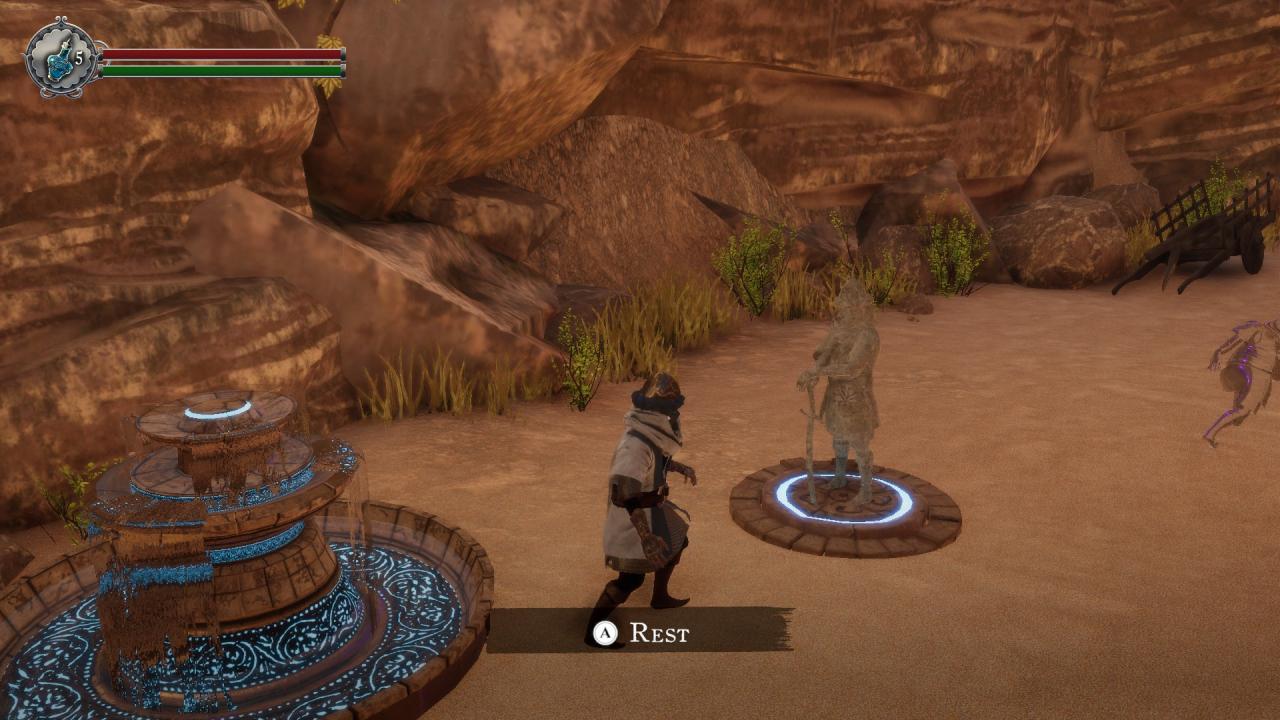 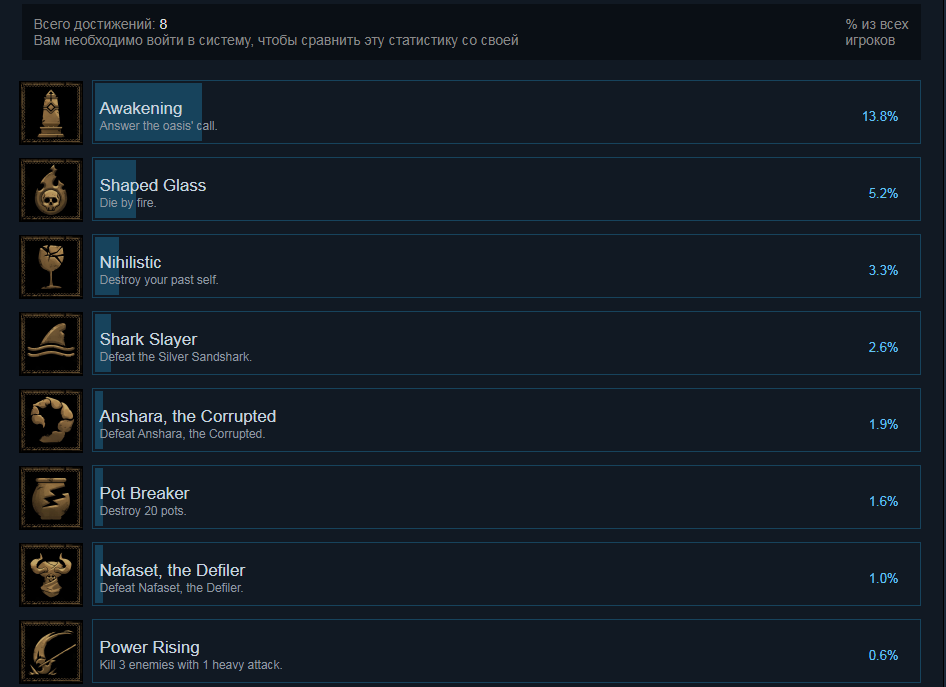 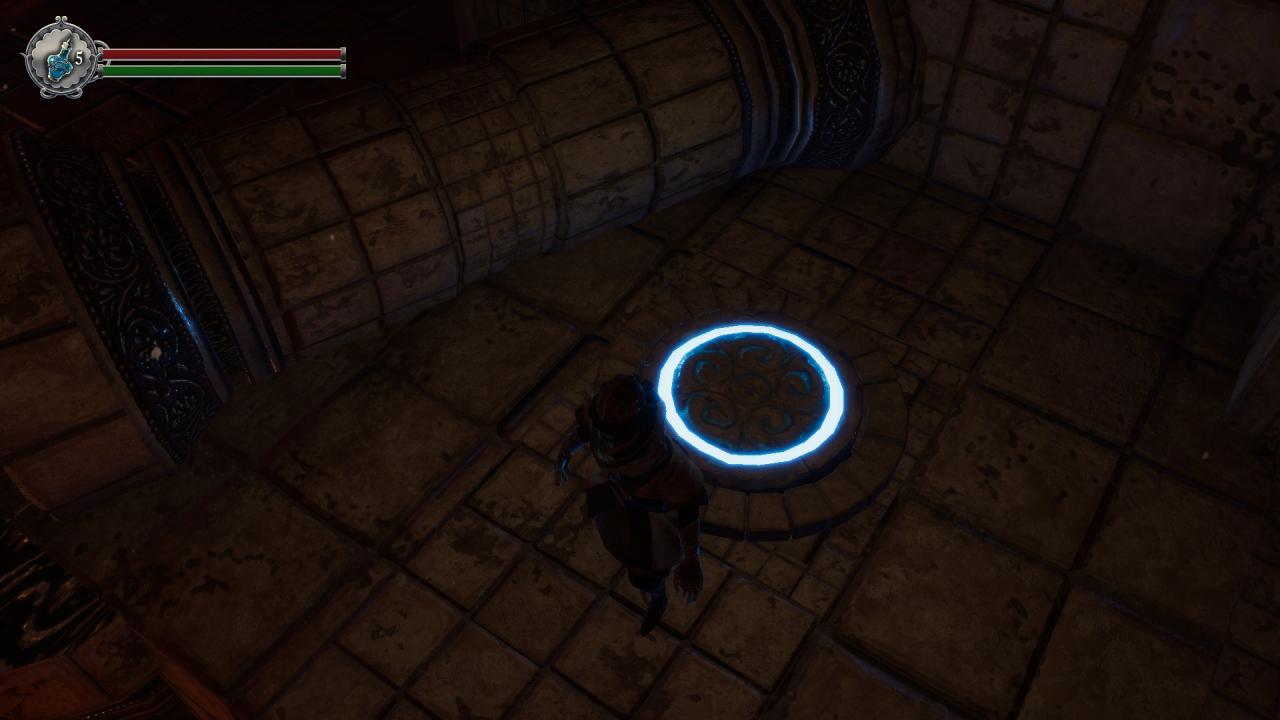 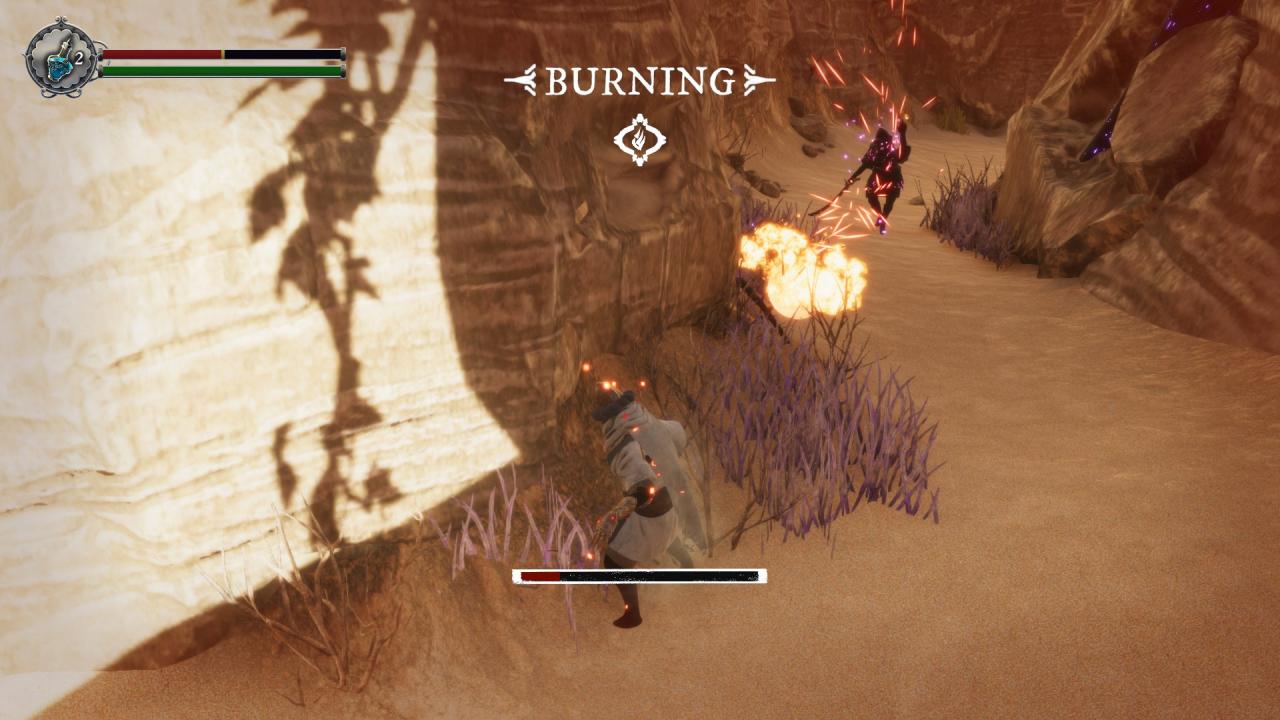 Explanation of achievement: Destroy your past ‘I’. In that place, where did you die,your glass copy remains. It must also be destroyed to obtain this achievement.. Destroying other glass statues will not grant the achievement. 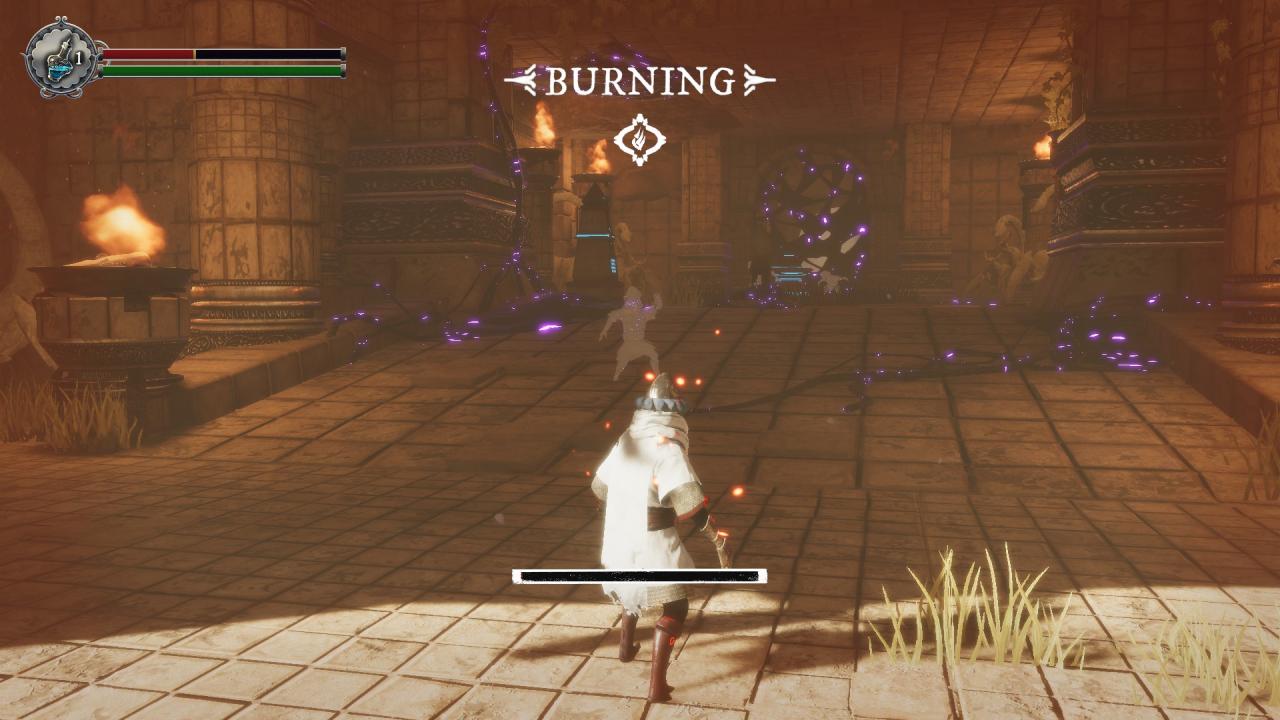 Explanation of achievement: Defeat the Silver Sand Shark. Why is her name a shark? Due to the characteristic fin) Defeat this shark to get this achievement.. Located in a location with 3 common sand sharks. 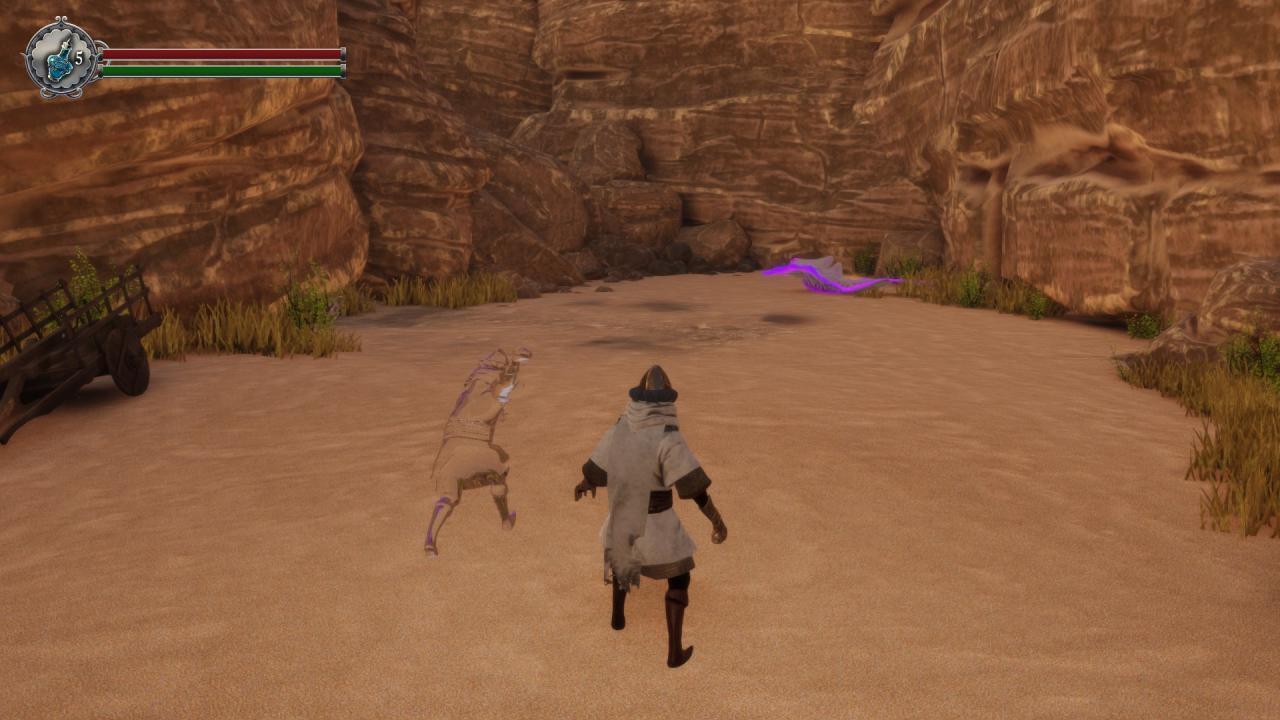 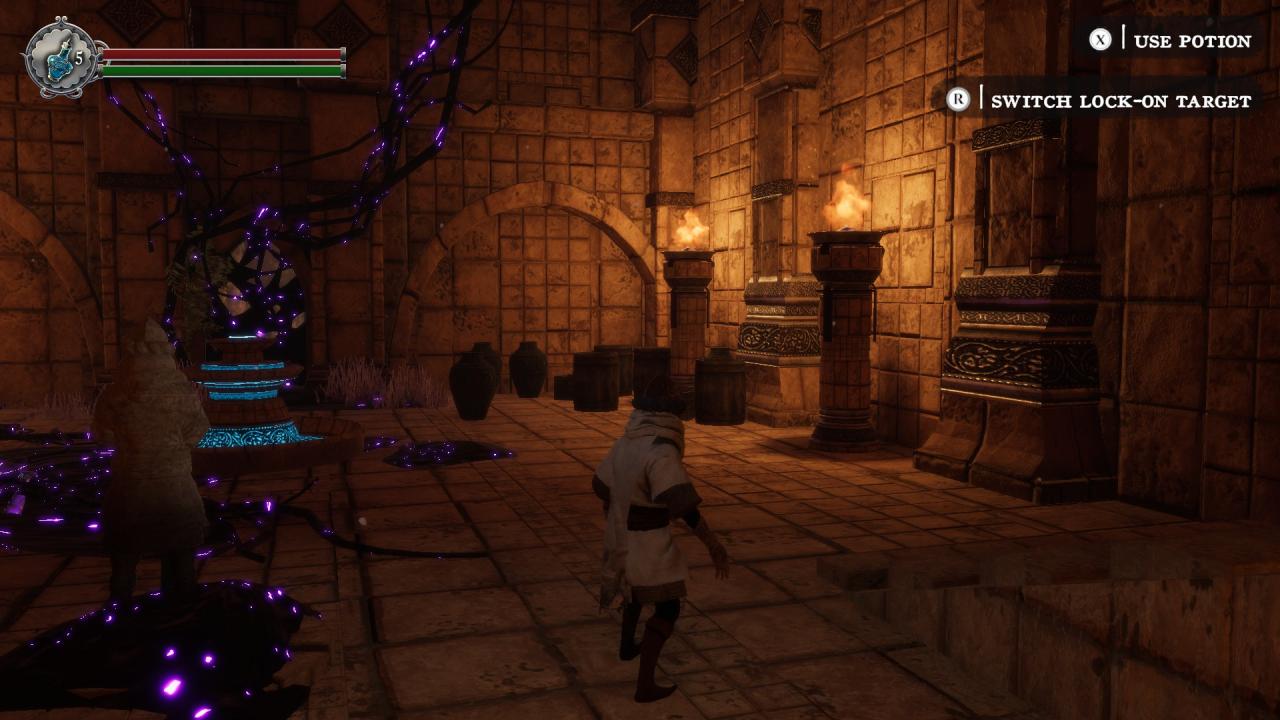 Explanation of achievement: Kill 3 enemies with one heavy attack. A very dreary achievement. It is necessary to collect three enemies together and simultaneously slam them with one blow of the ax (rt on the gamepad). Pay attention to the groups from 3-4 enemies, fly into such a heap and squeeze rt. Better without ‘magicians’ - only swordsmen. Get sick of dodging, and we need stamina for a heavy blow:) 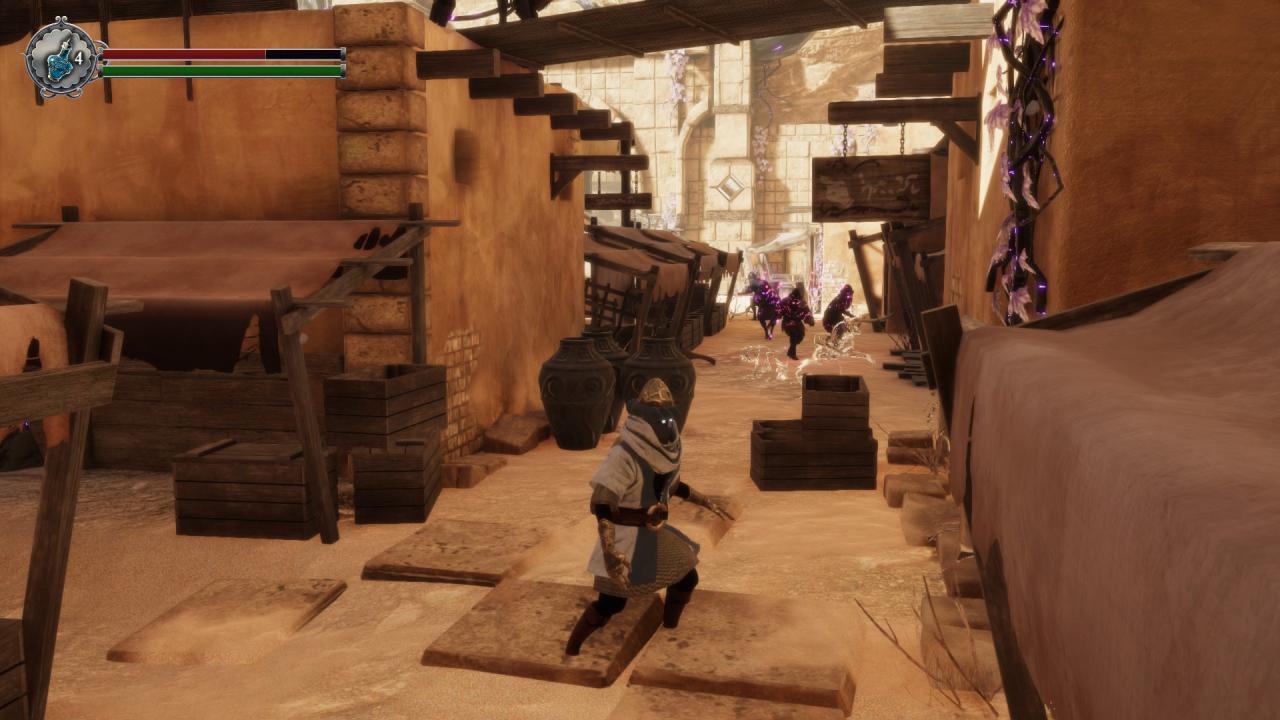 Explanation of achievement: Defeat Anshar, desecrated. To get this achievement, defeat the first boss.- Ansharu (huge orange scorpion). I can give advice, it is better to apply the following tactics. Forget about a light attack, strike one blow with an ax (RT on the gamepad) and retreat, restoring stamina, repeat. And so on until the victorious:) 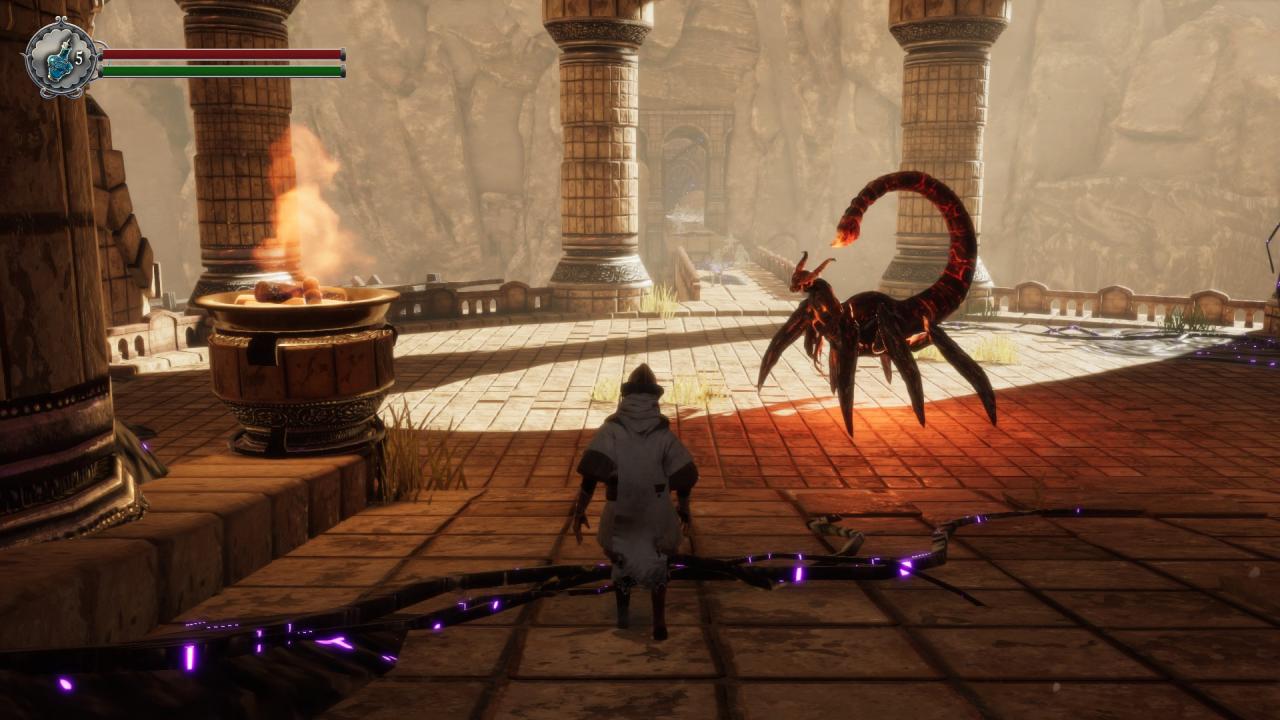 Explanation of achievement: Defeat Nafaseta, defiler. To obtain this achievement, defeat the second and final boss.- Nafaseta (a huge creature with a human body and a bull's head). I can give advice, it is better to apply the following tactics. In the first phase, use a light attack and aim at the boss, avoiding his jabs and in no case break the distance, after that,as he falls, continue to beat him:) After that, he will get angry and set fire to the floor. and at the same time our farts remove aiming at the boss and run away from him, striking one blow all the time, repeat, the main thing is not to strike more than one blow) We repeat to the victorious:) 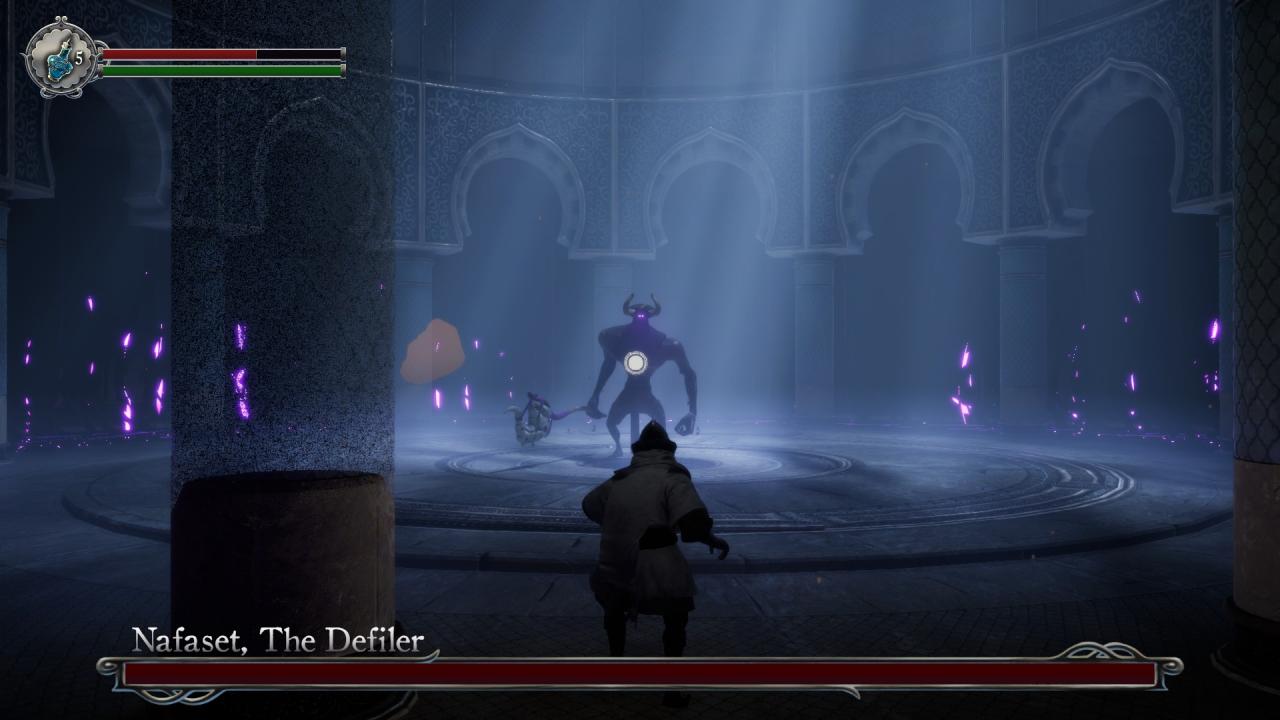