Walkthrough of Atom RPG Trudograd Story Quest and Side Quests

When creating a character, we will use power armor, worth taking perks “Doping Master”(evasion is still not needed, because. use armor) or “Regressor” and “Crazy shooter”( hardly anyone will reach us) 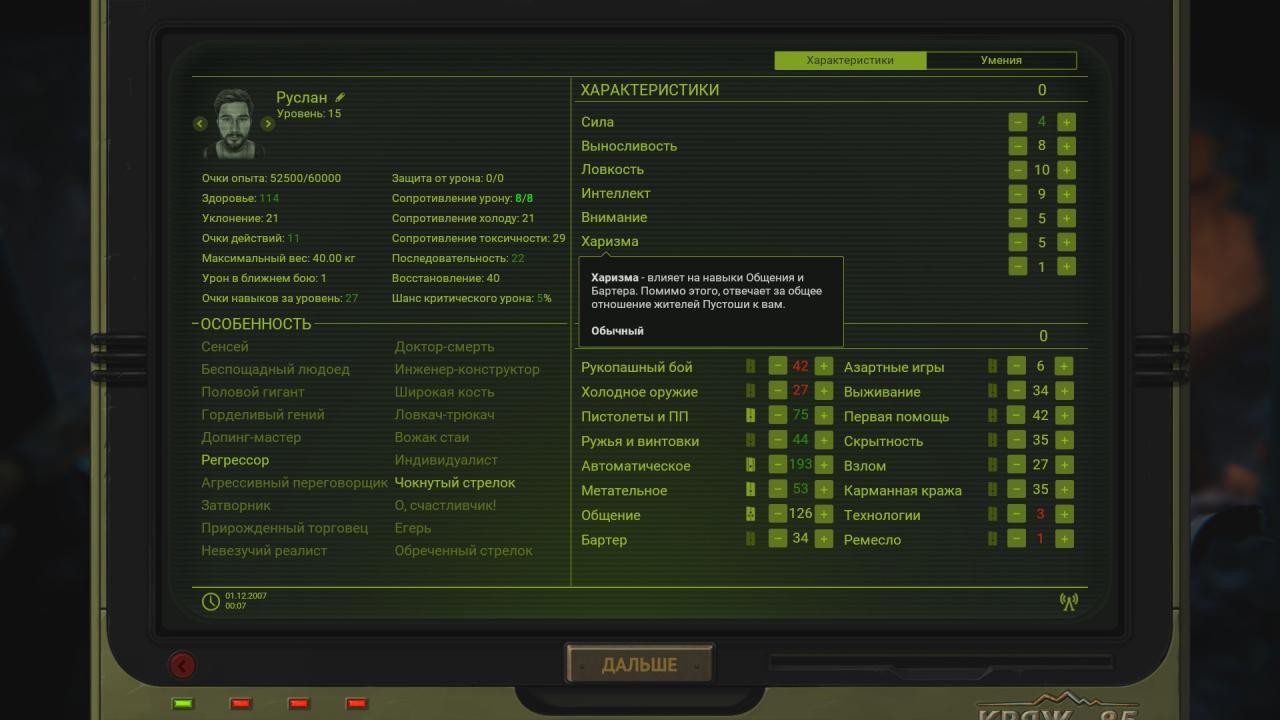 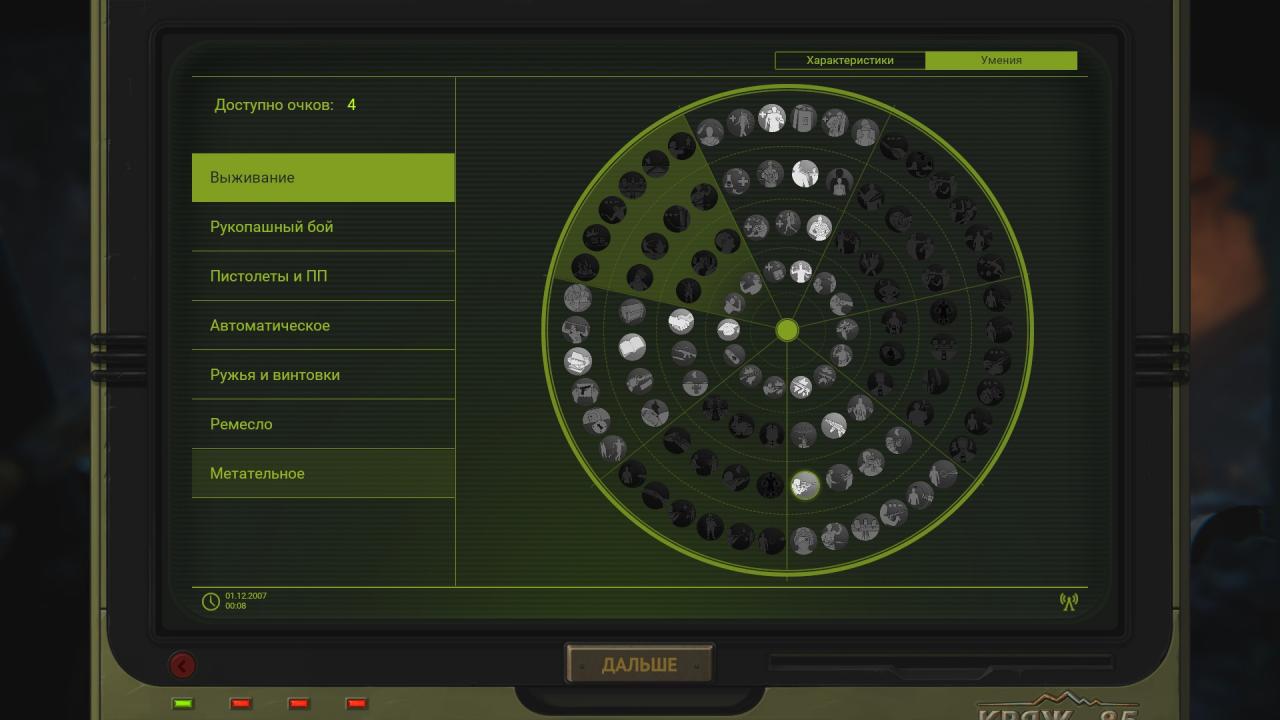 Remains 4 points, then let's take Focus on the goal , and Full automatic

After we leave the room, will be needed, in fact, roll up your sleeves to accumulate 45k wooden( we will not greatly pump communication or barter), we will need to do several things in order to accumulate such an amount of money, 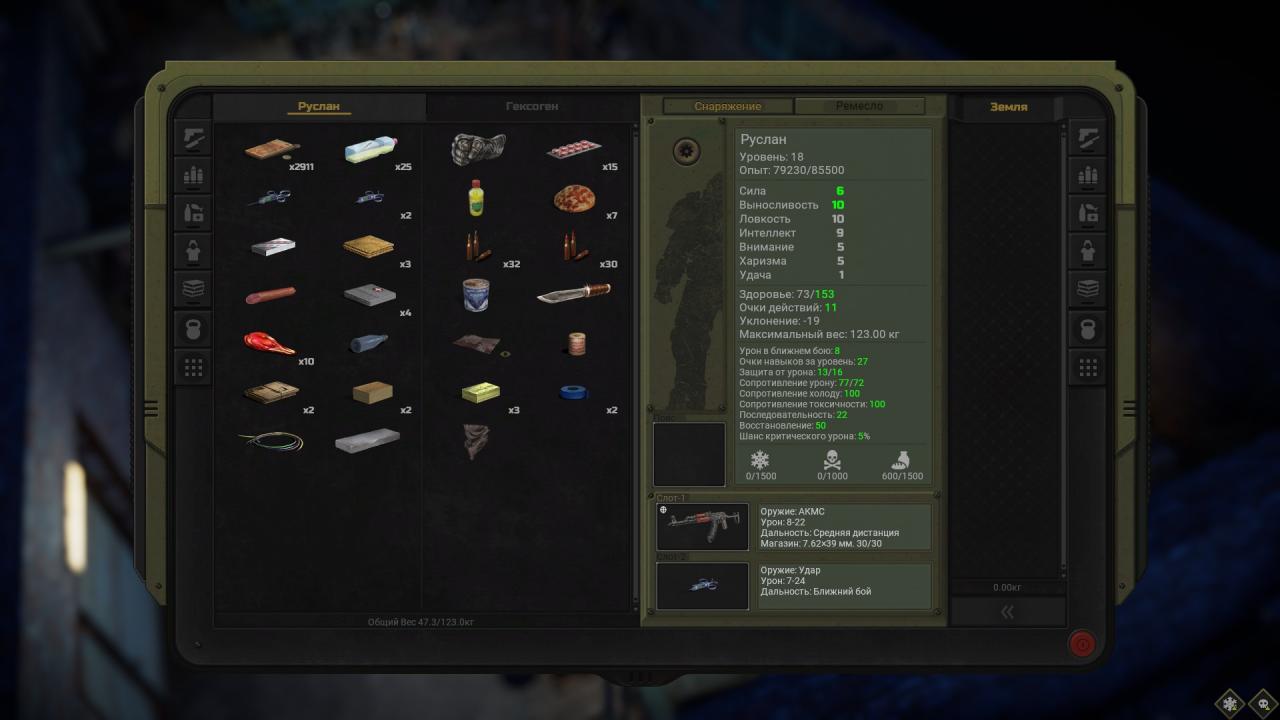 After leaving the hotel, you can wander around Suburb(buy token atom, to spend less skills on communication(hat + token + starting build will accelerate to 150, which is more than enough(at first)), try to take a jar of teeth from a minefield( with attention 5 we'll just die), take a task from a psycho with a turnip
We take the quest from Dandelion , talking to the guys at the counter( we need experience , but at the expense High learnability we get bonuses), quest at Demyan( devilry)
We run to Strife

(there you can steal a little in the houses(grab the rope and soap for the quest), one even has a Shell, there is a solarium and a molotov cocktail), thereafter, go to Dam, there is a breakwater road to the left of the spawn point, there will be few cartridges and a rusty AK next to the car, then we run around the map collecting loot from boxes(it's better not to even try to get inside, hacking won't be enough)

We run to tG

, refuse to pay, we agree, talking to the guy by the snowmobile, give away soap and rope, we promise to come tomorrow, look.
We reach Hex, recruit – it is desirable to pump a hex craft to Love for reading( if you use the submachine gun build from the cap, the output will be PPP and AKMS), share weapons.
At the exit we are offered a robbery, agree, then we go and kill the demolitions on this map, it will be necessary to craft explosives from checkers( it costs more than all separately),( there is still a guy at the entrance to the entrance, which the sky beholds)( if there is a problem killing them, then you can pull into the doorway
(

Running to the debtor's wife, communicate, give a tip to two people(one in Rusty quarter, second at Tractira Michalycha)

, there we break into the back door(back door, where the power armor pieces are in the room), take the module, go out and go to Second tier, if you met a flea market and managed to sell some of the things, you can buy books for weapons( himself and Hex), we are talking to Hans, give a quest for myrmiks.

We run to Rusty quarter

, I'm talking about jellies(married couple), learn about the Railgun, we go into the building of the Inverter and communicate with the Highly Moral, creative, competent citizen of the former USSR, accepting the fate of the Fatherland as his own, gives a tip to the northerner, communicate, wait for the night and pick up the package(then we will sell), after we hand over the mortgage. We speak to the cracker(and the driver if you chose him in the quest Combs, feathers, three barrels). Before leaving, do not forget to talk to the merchant “apples”, talking to Gorgulla

Talk to the bartender, then we will be stopped at the door, agree to work for the benefit of the Revolution, take quests, we communicate with mercenaries, persuading, then we speak with the second contact from The sins of the past – send back to Suburb, in the next entrance we take the quest from Vasilisa, in theory, you can turn in the completed quest to Spark and immediately get a level, the Commissioner is also active(he can already sell things, and he has a good course). At this point, we already have about 15k(wooden, not counting the junk in the inventory for sale).

, talking to a prostitute (and the driver if you chose him in the quest Combs, feathers, three barrels),we go to the hotel and solve the issue of the northerners.

, we convince brothers that it is bad to offend old women,
Before visiting (Combs, feathers, three barrels) we dump heavy things in some box, we have a lot to carry,
We break into the basement, first we fool Gennadievich, to drop their weapons (Secret Cartel conviction), after they are disarmed, we kill them, break the lock with, partner, learn about, that money is not enough, insist on, that the money is ours and we kill our partners in business, collect all the loot and exit the map.
Finding himself in Suburb idem v Tractor Michalycha , we hand over quests to Iskra, we sell clothes, let's go kill northerners in a house nearby, we sell everything again, and then we fly at all to buy at Machine-building plant special suit
If lucky with loot on occasion(you shouldn't avoid them) , then we will even have a little on top, to buy things from Bronislav 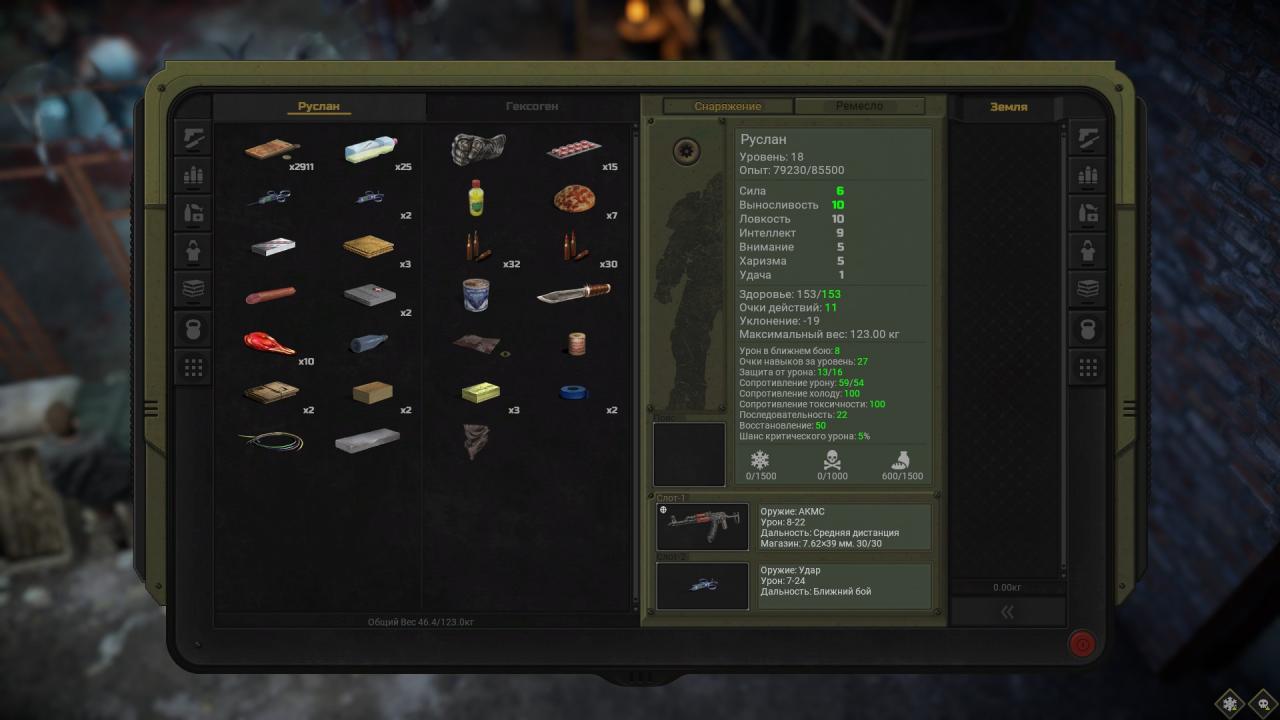 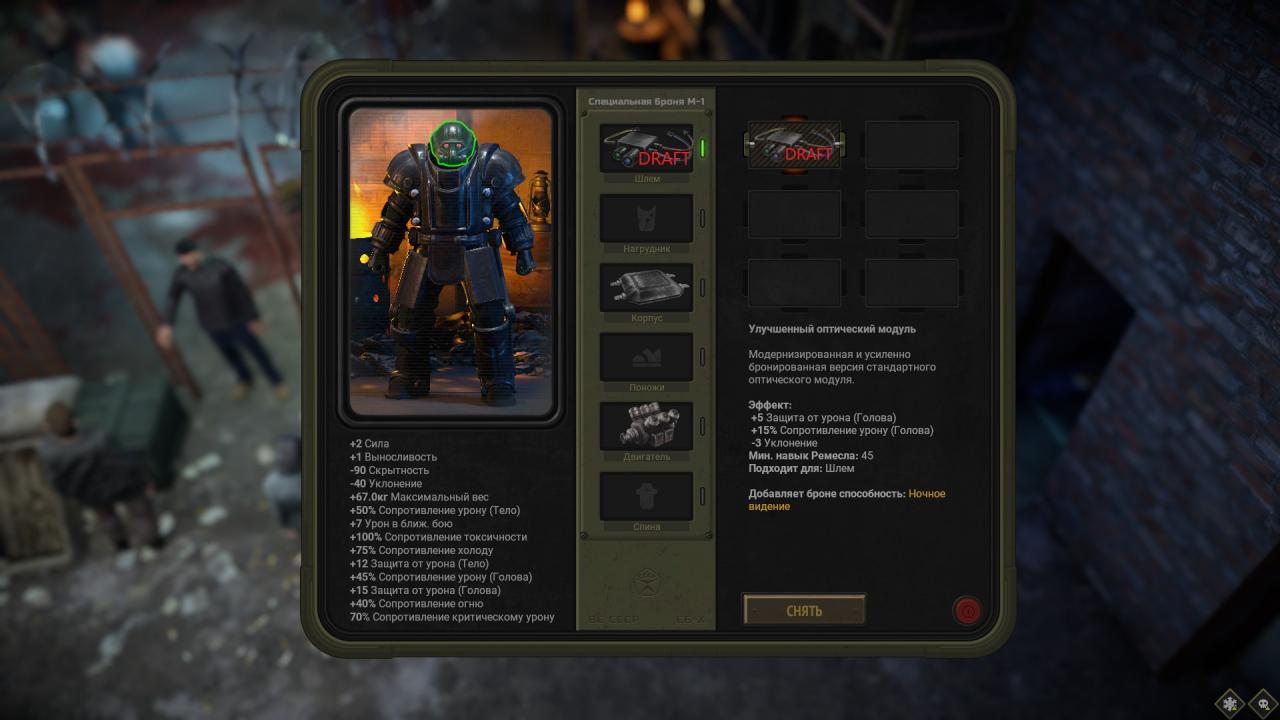