A concise and clear guide to getting all the achievements in the Cell to Singularity game – Evolution Never Ends
Difficulty getting – Normal
Estimated time to get all achievements – from 40 to 70 hours
Having bugged achievements – Not
The game is developing rapidly, due to this, the number of achievements may increase with each update, this guide will be updated as new achievements are released

Dawn of the Dinosaurs
Explanation:
After the development of flatworms, you will find a fossil , these remains will help you move to the Mesozoic valley. To obtain the achievement, you must enter the Mesozoic Valley

First Technology
The first tool
Explanation:
Unlocked Idea Generator (Human brain) It is necessary to reach the monkey by Evolution and further develop the Monkey's Brain ➔ The first idea ➔ Abstract thinking инструменты Stone tools, after that the achievement is unlocked.
[7/16]

First man
Develop a person
Explanation:
From monkeys, we continue to pump the evolutionary branch until we reach the addon “Homo erectus” after studying it, we will be able to pump a person, after pumping the first person you will get the achievement
[8/16]

Reptilian relatives
Explanation:
A branch departs from tetrapods and mammals “Shell” it needs to be pumped, and also from tetrapods to pump a branch “Scaly epidermis” this will allow us to discover the Reptiles, from Reptiles to pump the branch of Archosaurs, then go to the crocodile, After leveling one crocodile, you will receive the achievement
[10/16]

Ultimately Terraformed Mars
Explanation:
At the moment, the very end of the game in the primary simulation, you need to reach the Martian city and then pump the branch “Fully terraformed environment”, after pumping this branch, you will immediately receive the achievement
[11/16]

Deja vu
Explanation:
see achievement 8 “The end of the Singularity”, to get the achievement you need 2 times to reset your progress in primary modeling through singularity
[12/16]

Prehistoric research
The first tee-rex is created
Explanation:
We pump in the Mesozoic valley to the rank of 26, after which we will have the opportunity to pump Tyrannosaurus, if we don't get the achievement right away, we drop the asteroid and start pumping 27 rank.
[13/16]

Bird Ancestors
Opened birds
Explanation:
After receiving 23 rank in the Mesozoic valley , in the primary modeling, the possibility of pumping birds will open (Through the archosaur line) After you get the birds, your achievement, if the achievement is not issued , continue to pump the branch of birds
[14/16]

King of the jungle
Feline open
Explanation:
In the primary simulation there will be interference that can be bought for metabolites Unlocking all the interference, the very last will be the silhouette of a lion, buy it and get an achievement
[15/16]

Tsarist assassination
Gigantosaurus created
Explanation:
In the Mesozoic valley we reach 48 rank, there we will have the opportunity to pump the last dinosaur at the moment (Gigantosaurus) do it, after which we drop the asteroid and get the achievement
[16/16]

Shark week
Explanation:
The game has a daily login reward, the ultimate reward is the question mark, when you receive it, you will receive a Shark, everything in the game 6 sharks of different species , you will receive each shark on the 14th day of arrival, it is important not to miss days.

If you are too lazy to enter the game 84 days without missing, then you can use time rewind on your device. 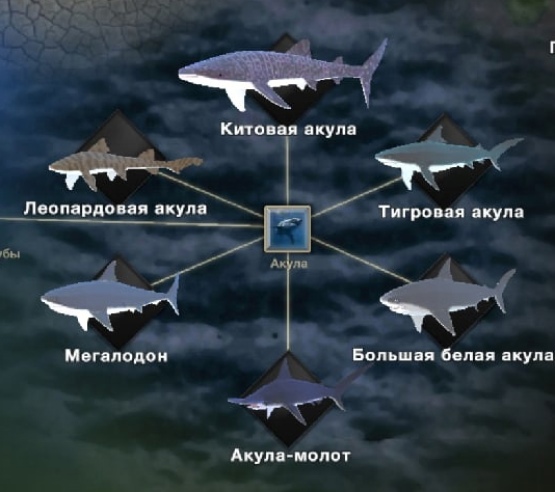 Shark week
All sharks unlocked
Explanation:
Echoes the achievement of the same name, you need to collect everything 6 shark species and your hidden achievement

King of beasts
Click on Archie
Explanation:
Archie can be found in the Mesozoic valley, he stands next to Tyrannosaurus, to get an achievement, you just need to click on it 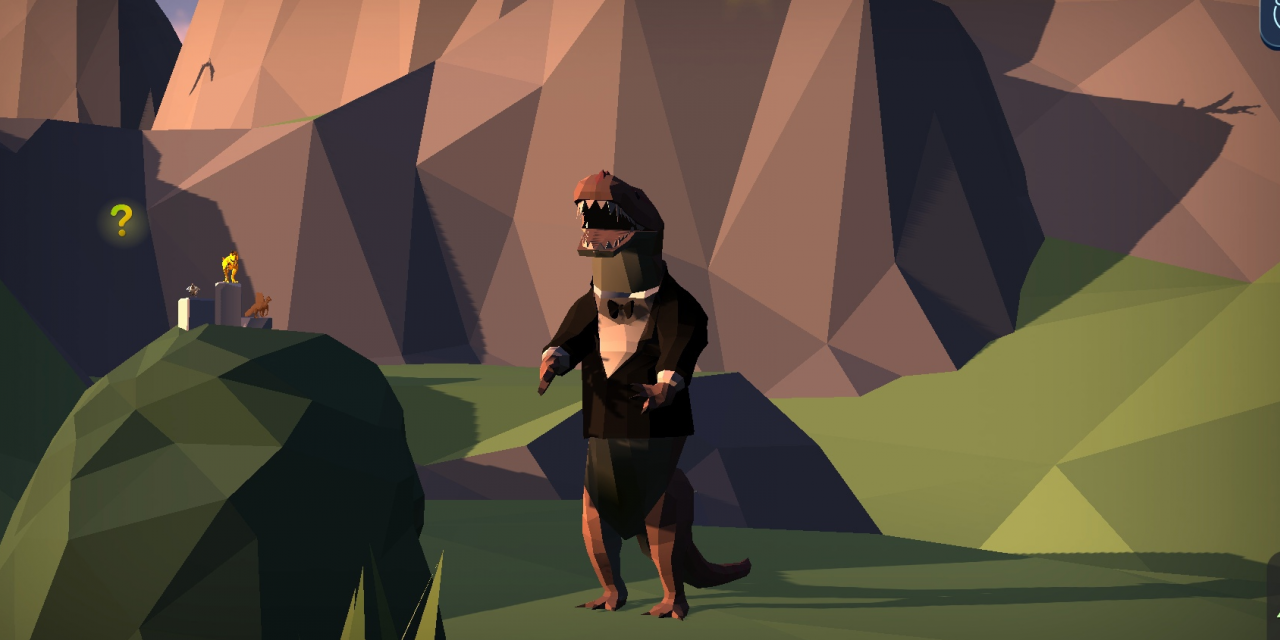 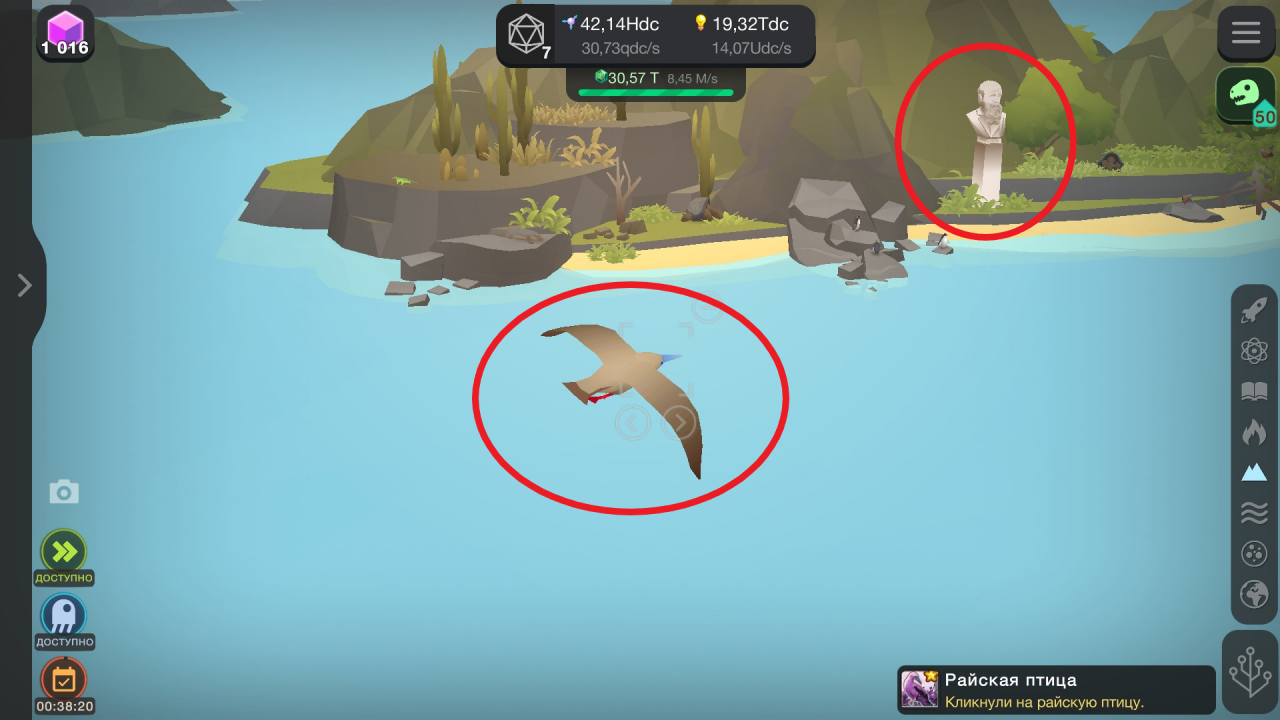 Archie-olog
Archie's fossil found
Explanation:
Click on the lion, turn the camera and click on the bones lying on the ground, this is Archie's remains 🙁 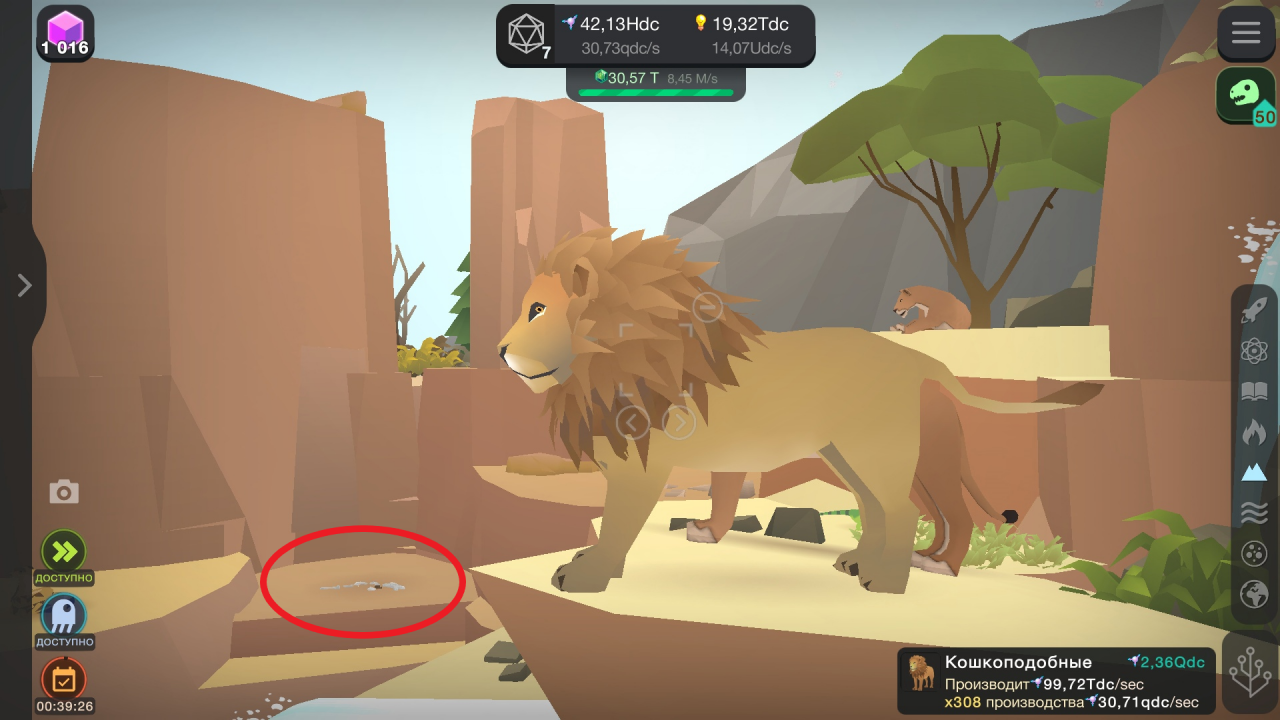 Amazonian dolphins
Mysterious river dolphin found
Explanation:
Clicking on the crocodile, a dolphin splashes far away from him, he sometimes jumps out of the water, just click on it

Speed ​​demon
Singularity limit reached before 5 minutes
Explanation:
Need to reset progress (Singularity) and during 4 minutes 59 sec ( possible earlier) upgrade our modeling to the Singularity itself

Gotta go fast
Singularity limit reached before 120 seconds
Explanation:
We also reset the progress and it is necessary HIGHLY quickly level up to singularity in 1 a minute 59 sec(possible earlier), your fastest singularity can be tracked by the Reality Engine(screen below)

Codes for Darwinium
Codes are current at the time of the release of the manual, due to their irrelevance, they will be removed from the manual or replaced with new ones.

Enter all codes with CAPSOM in the appropriate box, below on the screen