There are six character classes in the game. it: The storm, Northerner, Conductor, The winder, Pyromancer, Toxicologist. Each class has its own ability, which cannot use a completely different class. Each class has 4 strength level. In this tab, I will only talk about the first, you can find out about all three for yourself. Let's take a closer look at the class.:

1. The storm – class, which is very agile in the air. One hit to the floor and the player already seemed to fly, but this class inflicts the lowest damage among all classes on the enemy. Beats this class 5-8 damage. Together with him, you must take the gloves of the Pyromancer or Toxicologist, as they are more suitable on impact. Combine the power of the Storm and the power of the Pyromancer to create a fire tornado, and if you combine the power of the Storm with the power of the Toxicologist, you can get a poisonous tornado, if with Explorer, that lightning tornado! I do not advise you to take the glove of Sereryanin and Veyatel like this, how they won't help in case of danger. Rune is better to take or teleportation (since you can easily catch up with the enemy, who will try to escape from you), or flight(it will help you quickly catch up with the enemy or get away from the storm), as a last resort, I advise you to take a feather(feather is not fast, but high. It is the feather that can save you from death in some moments) 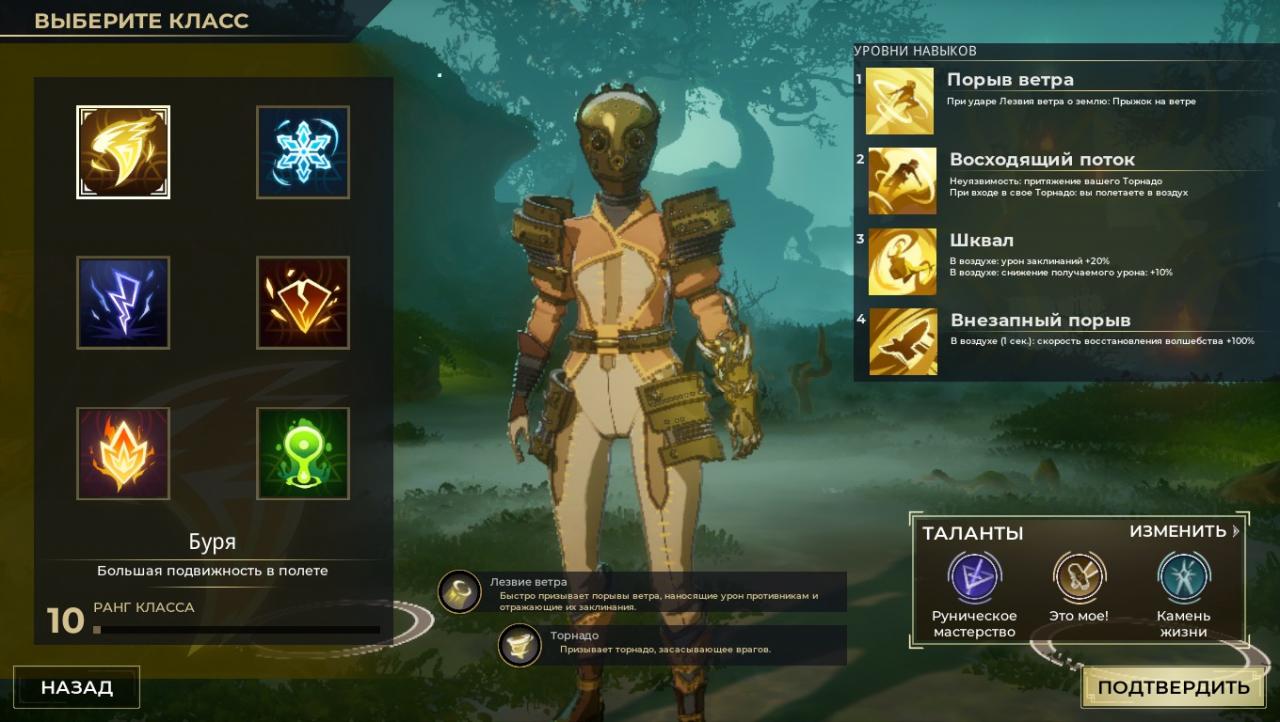 2. Northerner – class, which does the most damage. Northerner inflicts 80 damage to the head, even in the body! He is very fast due to his ability! His main weapon – this is a bow. Onion – who sees opponents (the enemy is highlighted in red until you remove the bow). If he launches his arrow, then under the arrow there will be an ice path along which you will move on 100% faster, than usual. But this class is quite difficult as you have to constantly aim and be in motion, if you are noticed. It is better to use the Glove of the Winner with the Severyanin.. Since you will need to give more home on the ground. And using the power of the Severian, you can freeze the enemy and throw the Fan of the Fan at him. Rune is better to take invisibility(since it is this rune that will give more advantages over the enemy, or if you have little health with the help of this rune, you will heal) 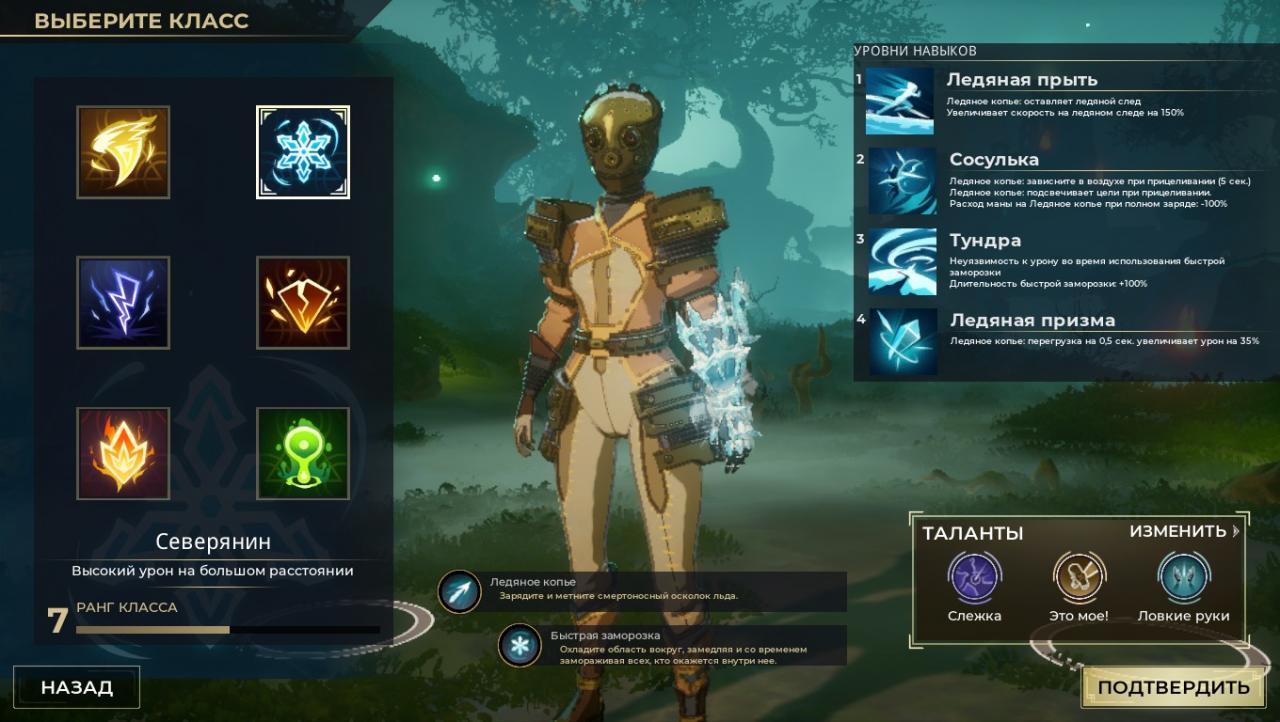 3. Conductor – class, who can shoot quickly while holding the attack button. He has a very high rune efficiency when firing quickly.. Its main strength – this is the accumulation of damage, if you hold the attack button, then with each shot the damage will accumulate until the mana runs out. – five. Very good class. The guide works well with the Toxicologist because, that the power of the Toxicologist and the Guide turns out to be a poisonous-lightning ball. Or goes well with Severyanin so, how if you combine the power of the Northman with the power of the Guide, you get a lightning-swan path and opponents will not be able to travel along it(it will help, if you want to escape from the enemy), but here the trick is, that the path of the Severyanin – this is his personal strength, but how should we be? Then the additions will help which we will talk about in another section.! It is better for the conductor to use the flight rune, dash rune or teleport rune! the main thing – it's mobility! After all, the storm, they are all fast players, but in order to catch up with them or escape from the storm, these runes will help you! 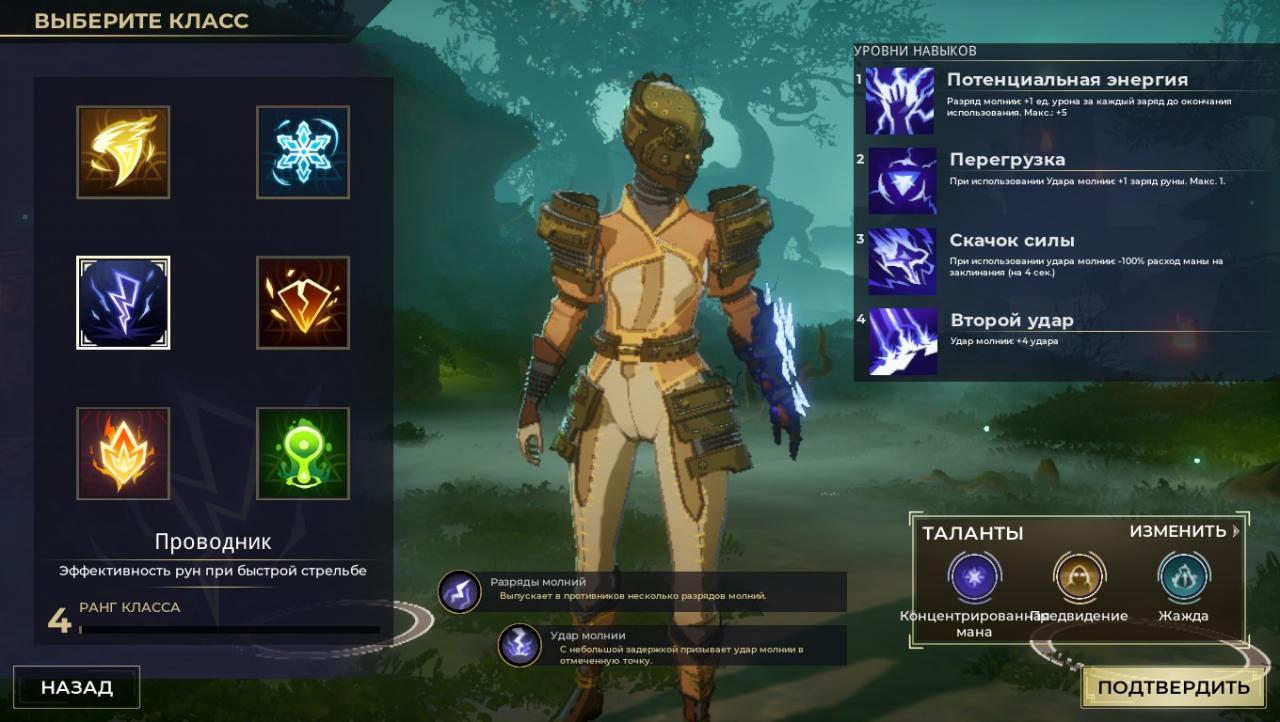 4. The winder – class, which does damage on the ground. The fanner cannot be in the air and beat in the air (unlike the Winder, all other classes can do this). But the Winder's attack deals damage over a huge area. Its main strength is +20 armor, but if health is less than five, then the armor is added by five more. The Winder goes well with the Pyromancer so, as if the power of the Pyromancer with the Blow of the Winner is a firestone, which will do more damage + set fire to the enemy! I advise you to take a dash rune or a shadow step for the Fan, to make it harder for the enemy to defeat you. The Winner's damage is thirty to forty health, thereby enemies, one hundred health can be defeated in three hits. And this is very cool! 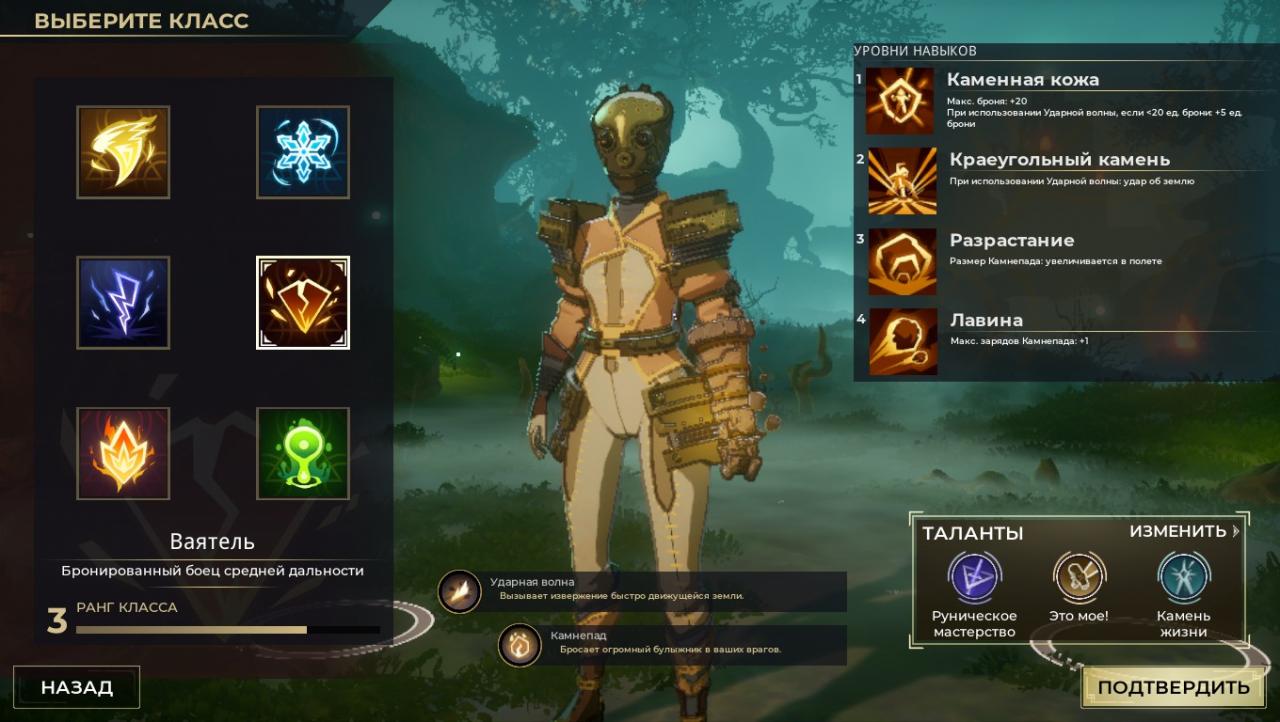 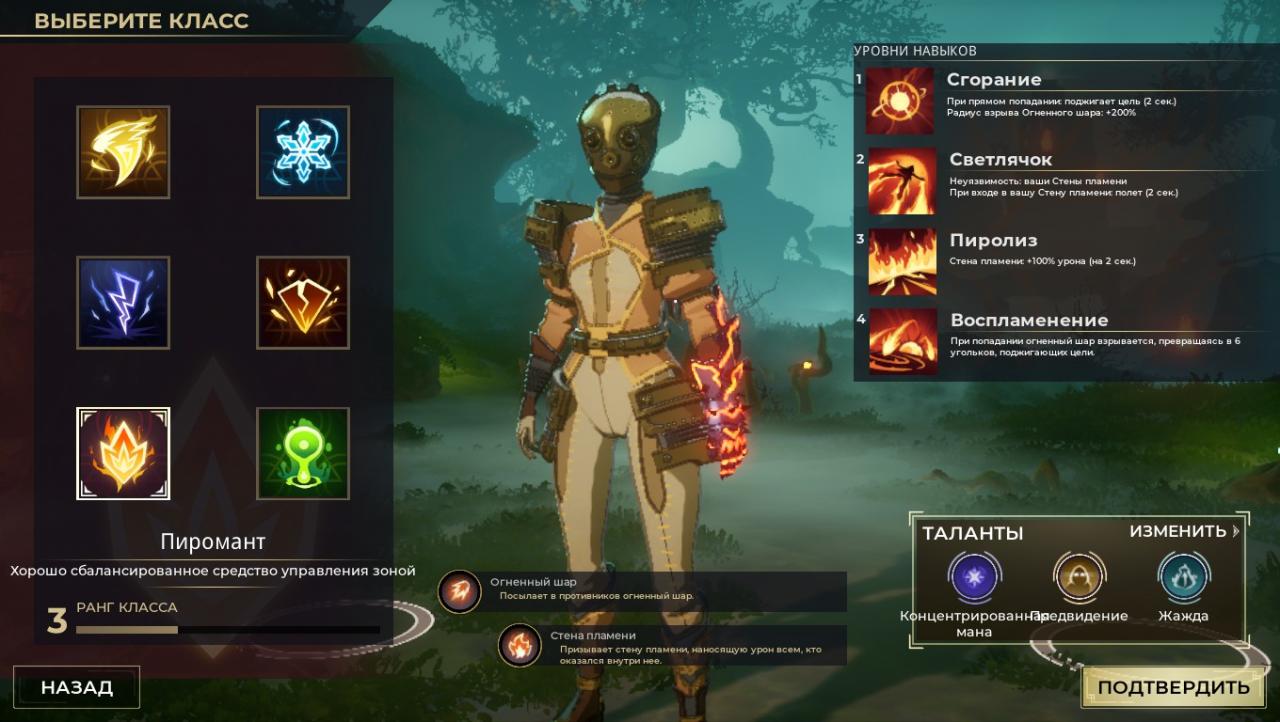 6. Toxicologist – very unusual class, but unusual in that it is combined with almost all classes. His personal ability – poison.
-Poison?
-Yes, it is poison!
-How does it work?
-Very simple!
You throw a blow to the enemy and puddles of poison form at the place of impact, which poison and slow down the enemy! This is not a Northerner, to slow down the enemy! But it is he who is still able to slow down and poison the enemy at the same time.! And even more so this class is suitable for almost any class.!
-Why to anyone?
-Let me explain everything to you
Classes, which fit and combine attacks: 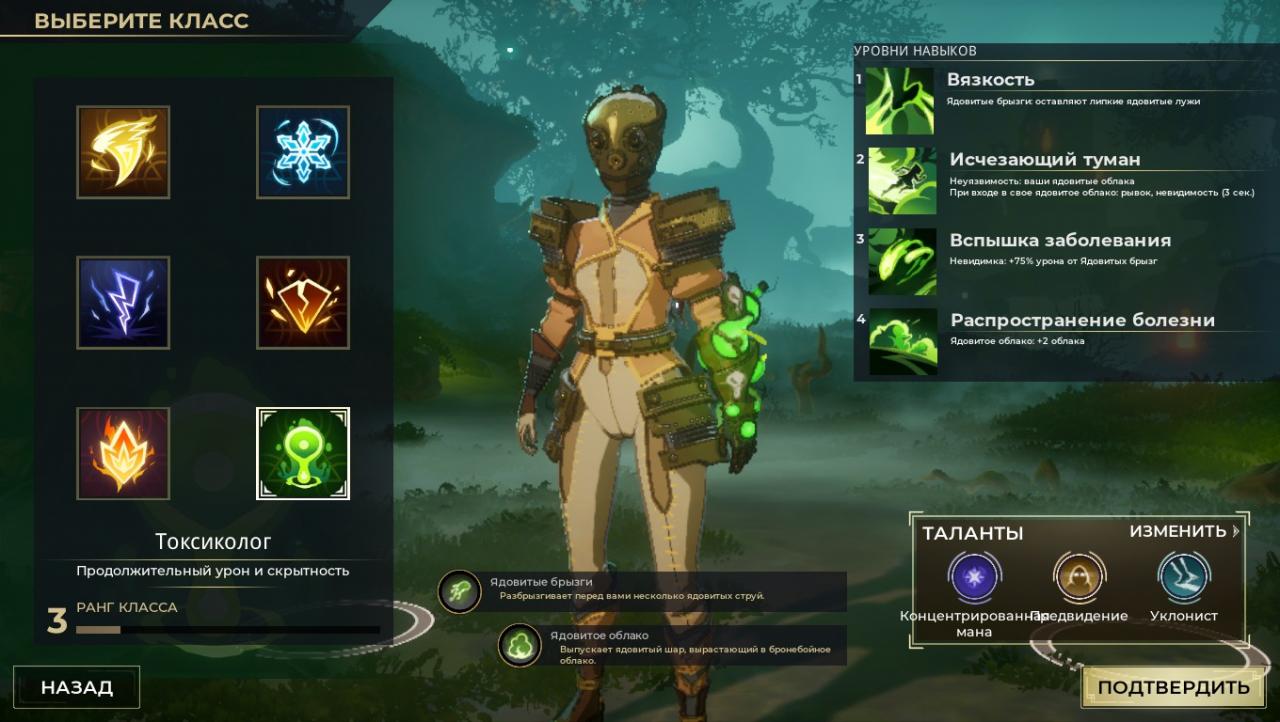 I hope you enjoyed it!