The guide was created to help people, who have problems completing the game. Pay attention to the range of things, what did you take with you. The speakers work as an amplifier and also because of them the character can ignore obstacles. be careful. Also, many things have a direction of their work.. For, to change them use the R button.

1 level
We take everything into battle , what do they offer us. Before starting the level, we put garbage bags in places, where is it allowed for us. as soon as the heroin stops and is about to change path, we put speakers and electric sticks in its path. Level passed. (can be passed without bubbles) 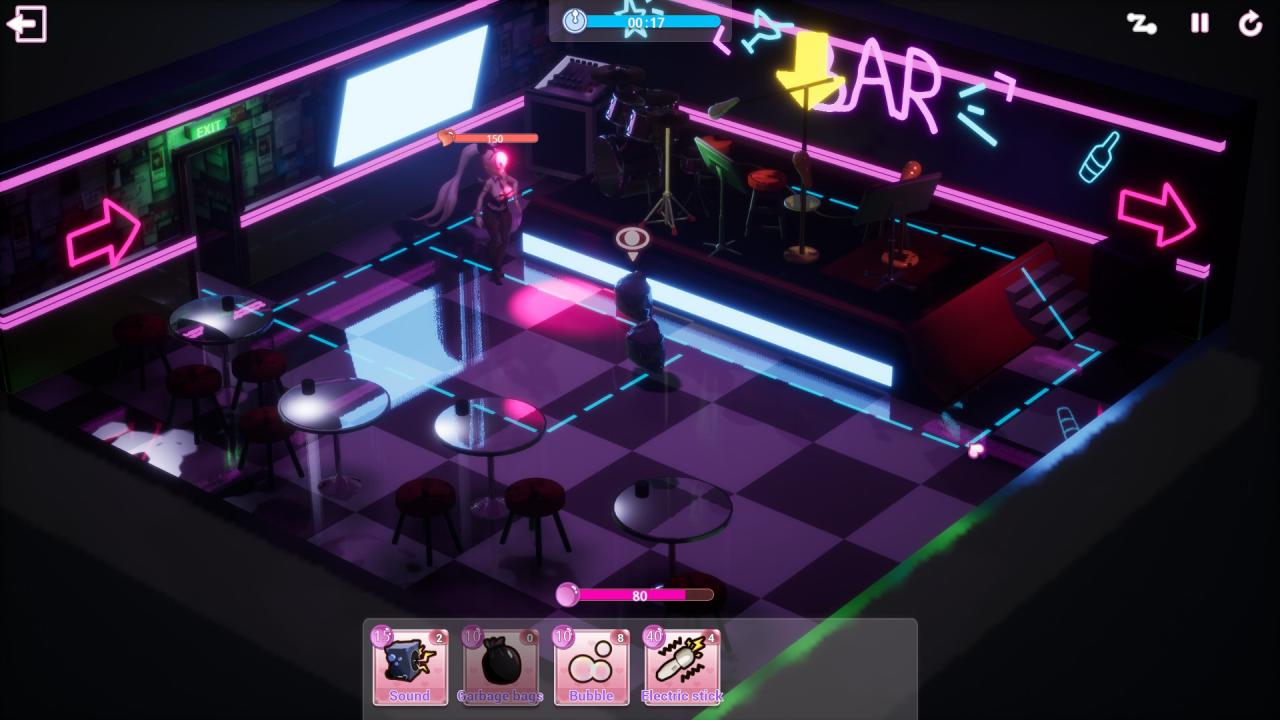 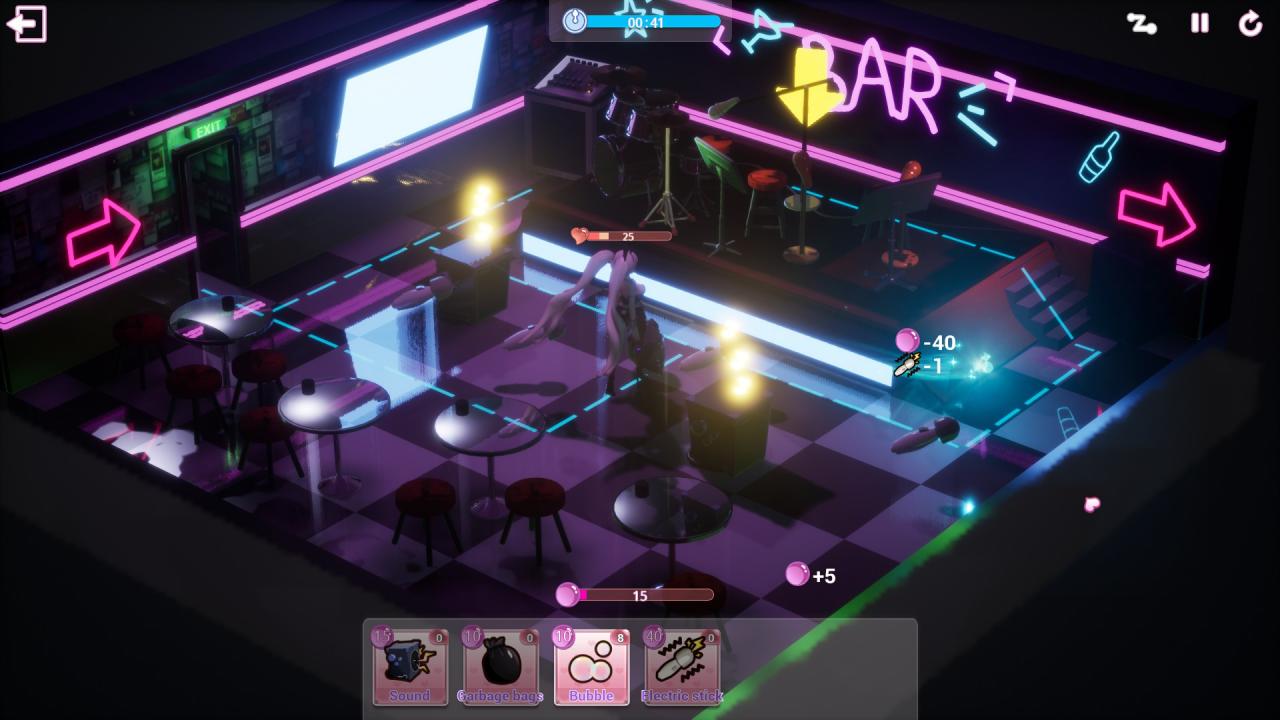 2 level
In the second level, we act in the same way as in the first.. At the beginning, we put garbage bags and then we put a column and e-mail. sticks, we also use a pot of umbrellas to delay the character. 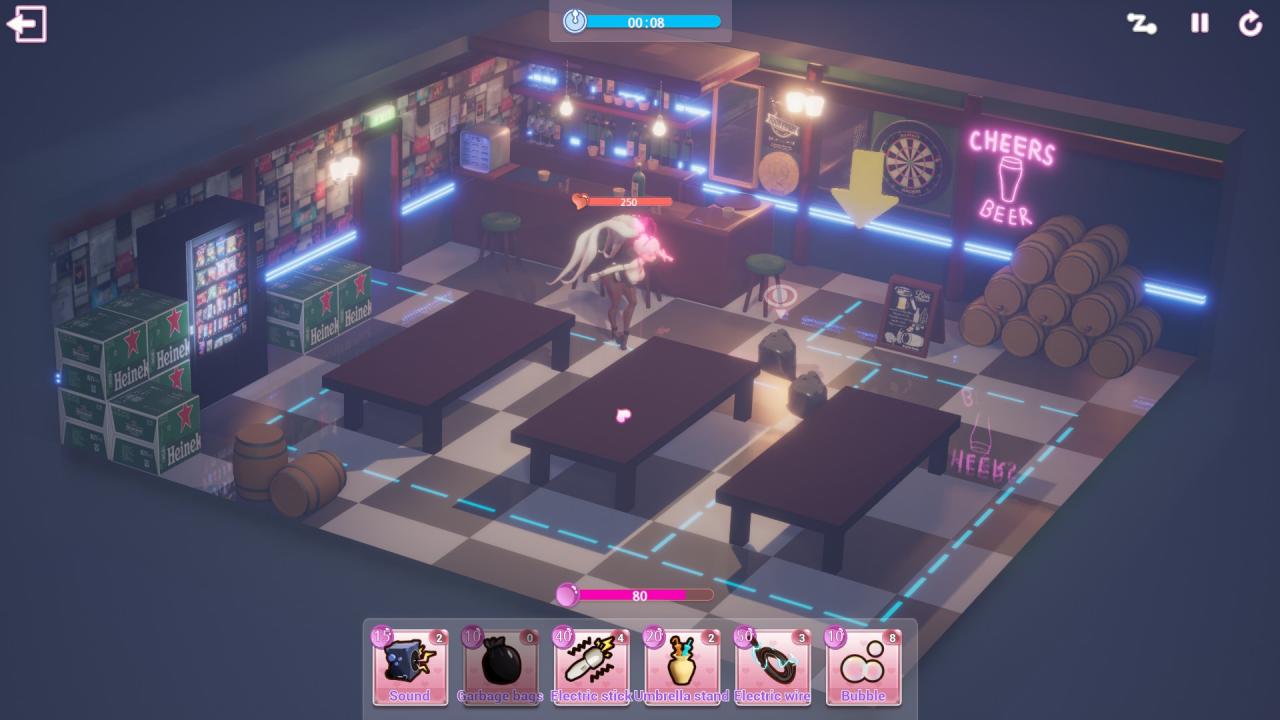 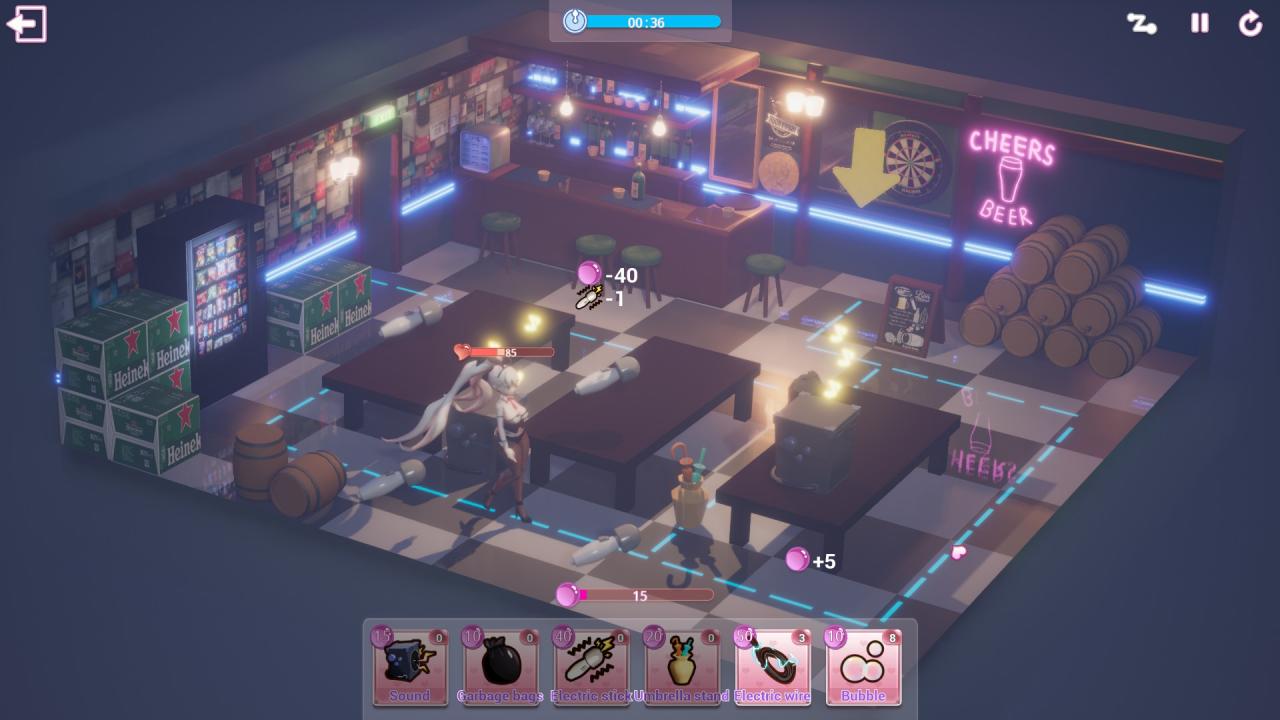 3 and 4 level
We all work according to the same strategy. For a start, it is advisable to put bags, however, you shouldn't wait for it to change directions. Then we use the columns and email in the same way.. sticks and try to hold her back to all those , what did you take with you. 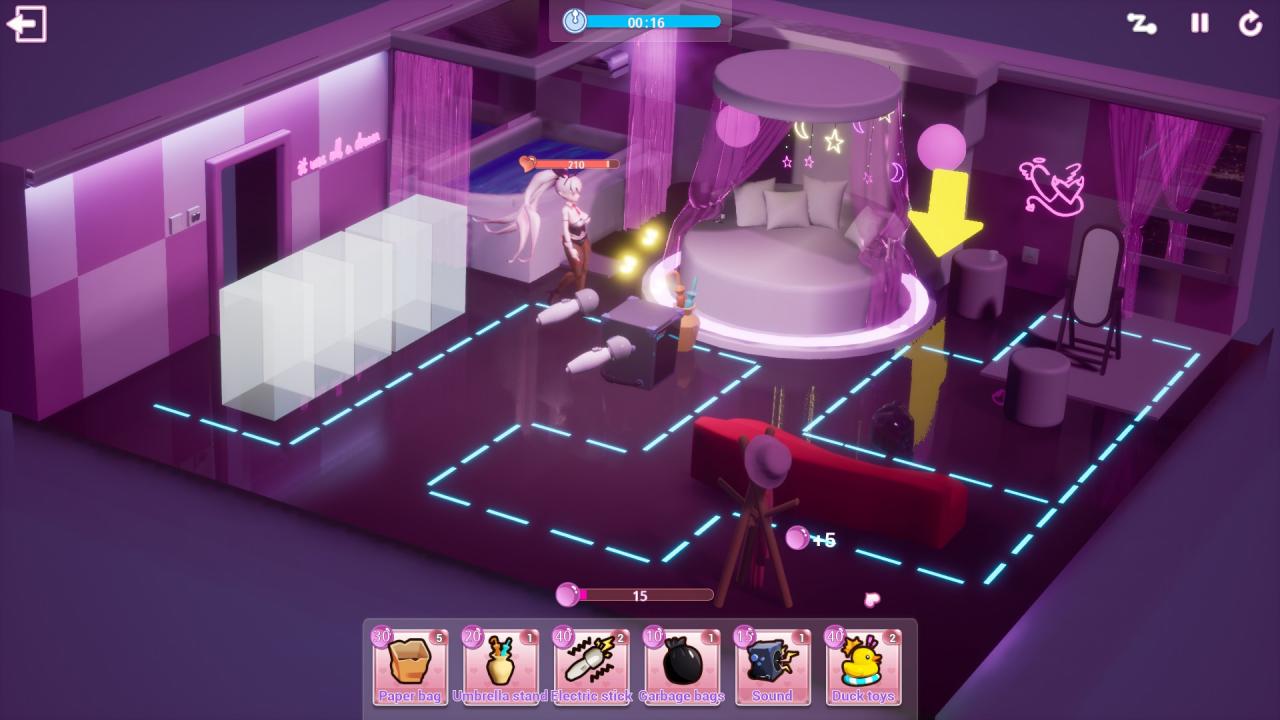 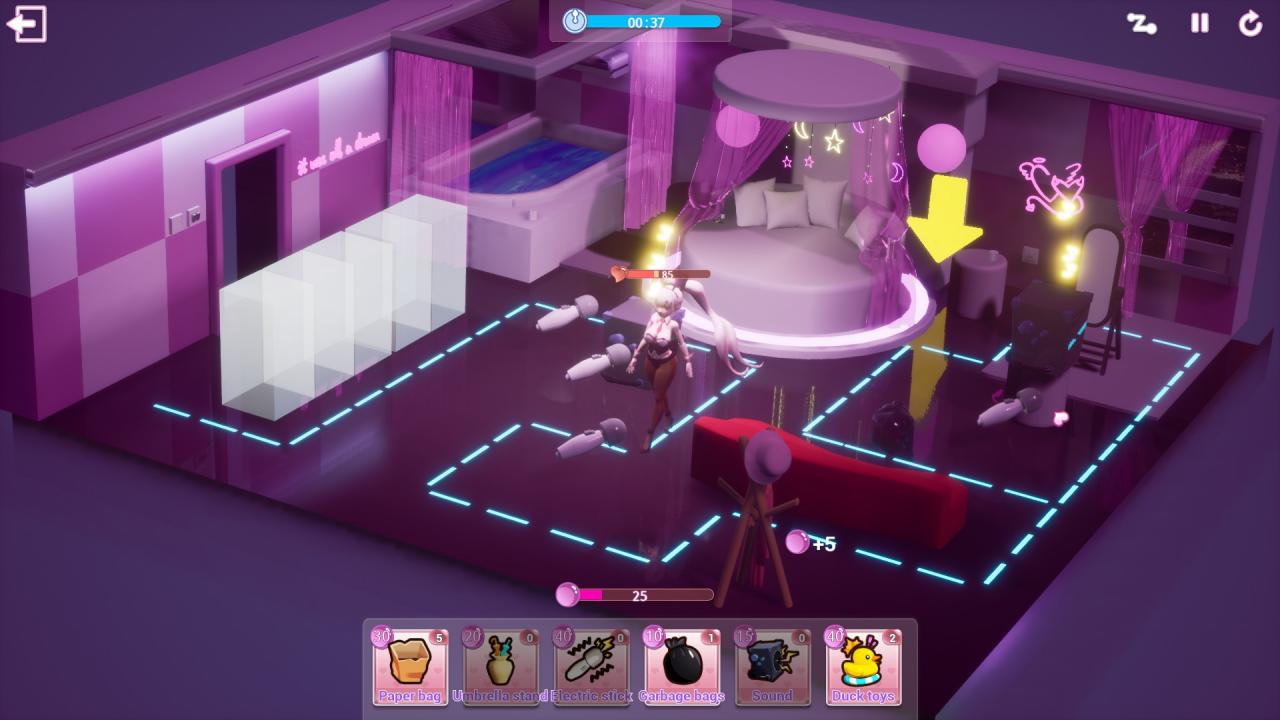 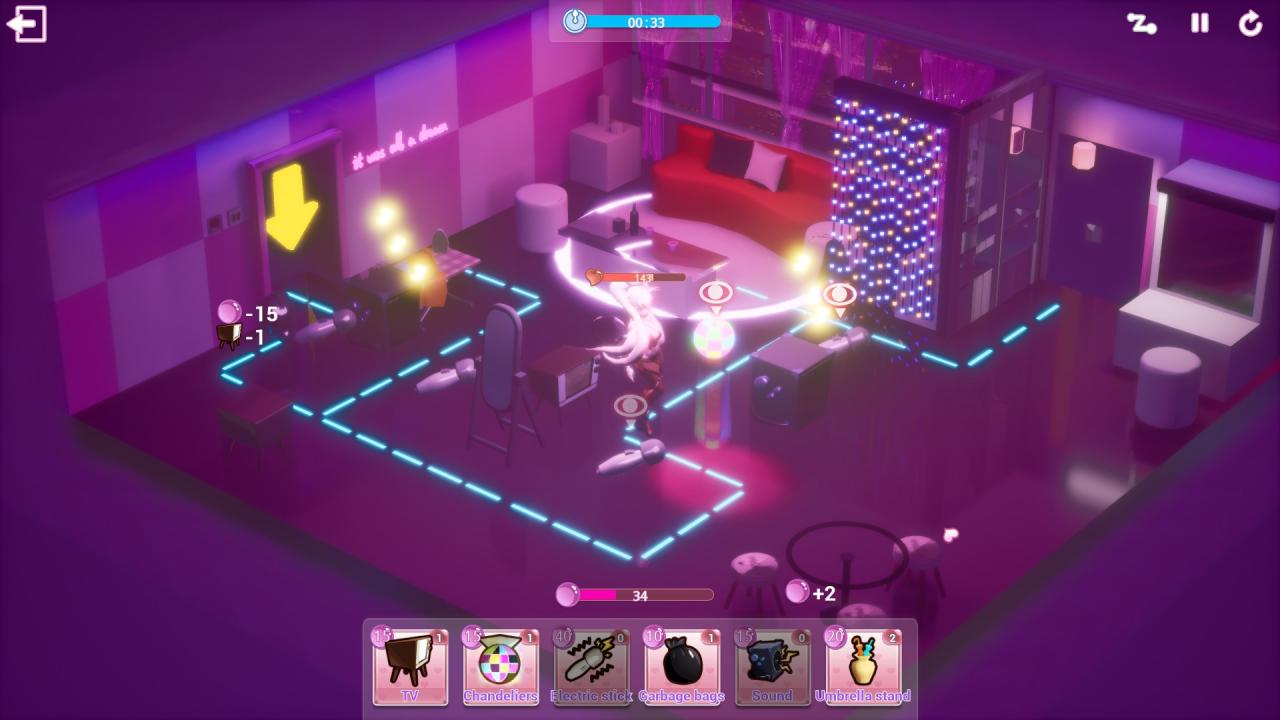 5 level
We take everything that is offered to us and go into battle. To begin with, we put two water pipes under the swing next to each other and put the fence in the first nearest place., where is it allowed. She will notice him and change direction, at this time, we spend the accumulated mana on spikes and put them under it, between the thorns(vines) , you can stick a bag for distraction. Be sure to do this in the attack zone of the pipes., otherwise, there will be nothing more to beat.Further, it remains only to watch how it drowns in the water. ( no bubbles needed) 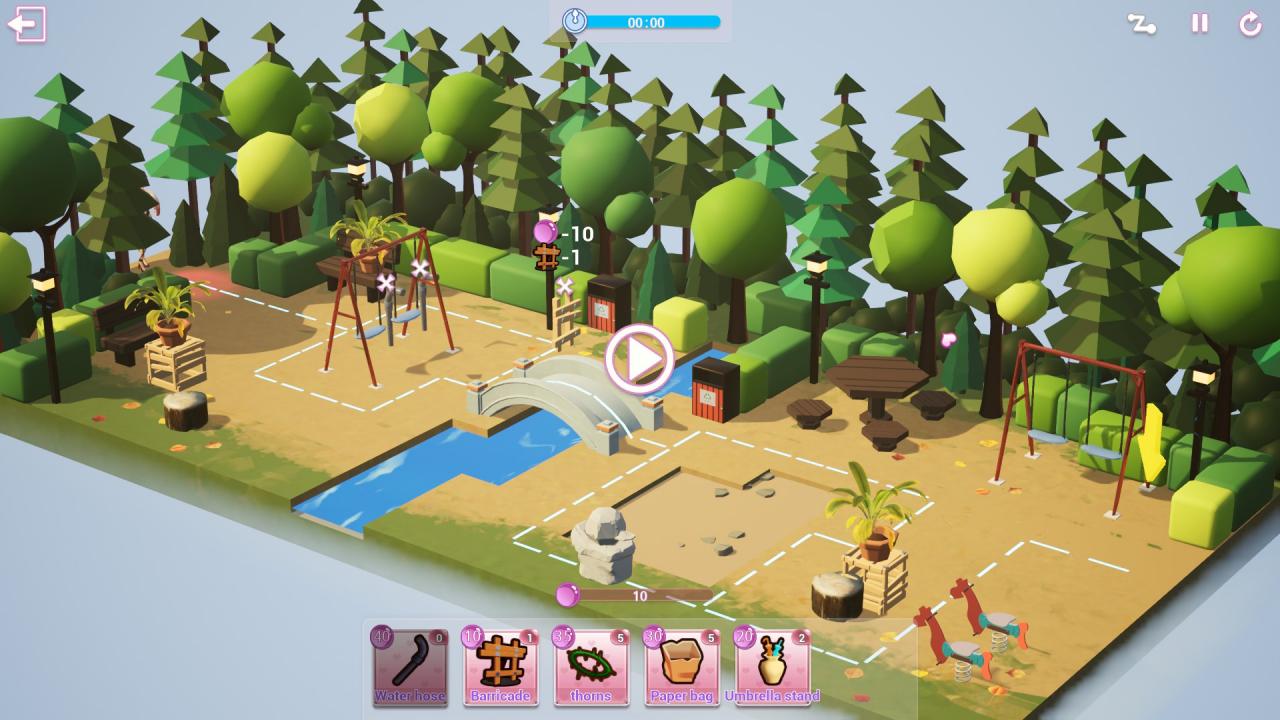 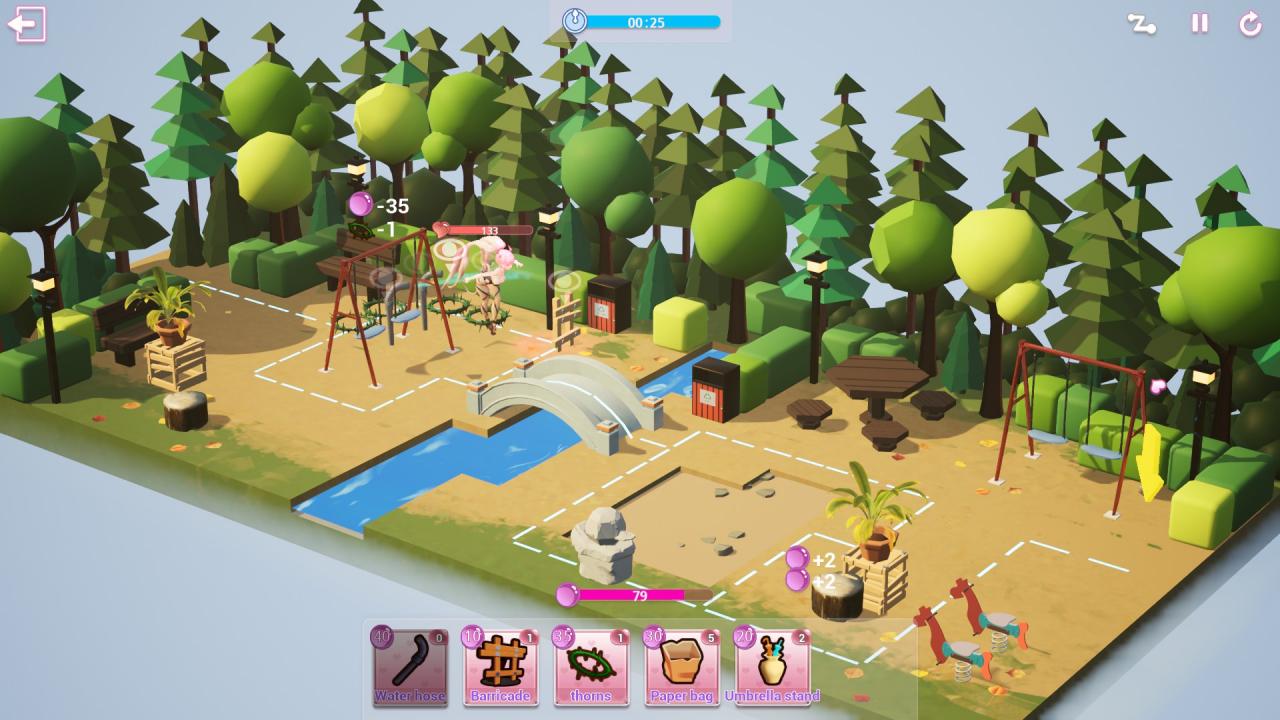 6 level
It will be enough to take an email column. stick and soap , the rest is at your discretion. At the beginning of the character's release, put the soap, and column. Instantly put a stick on the accumulated manna and throw another bar of soap at your feet. Be careful that – if the stick was in the range of the column. Then we just plug it up with soap and on the way to the exit, you can put another email. stick to finish off for sure. 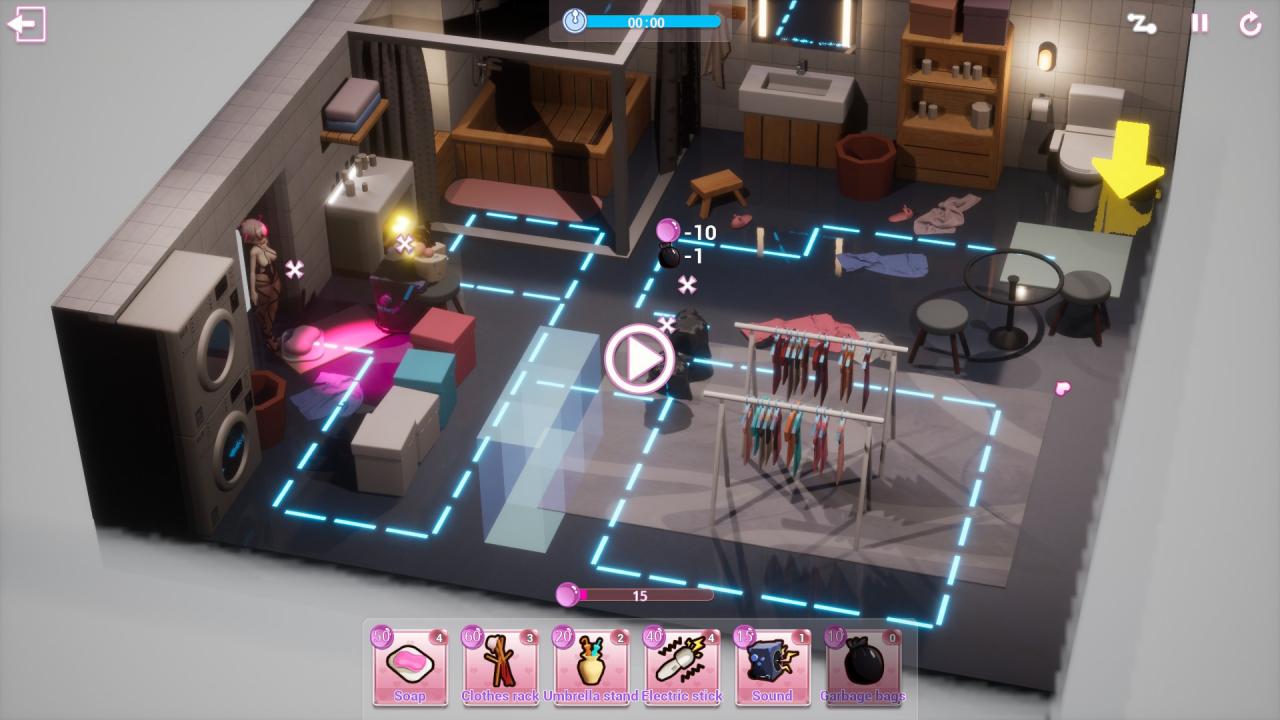 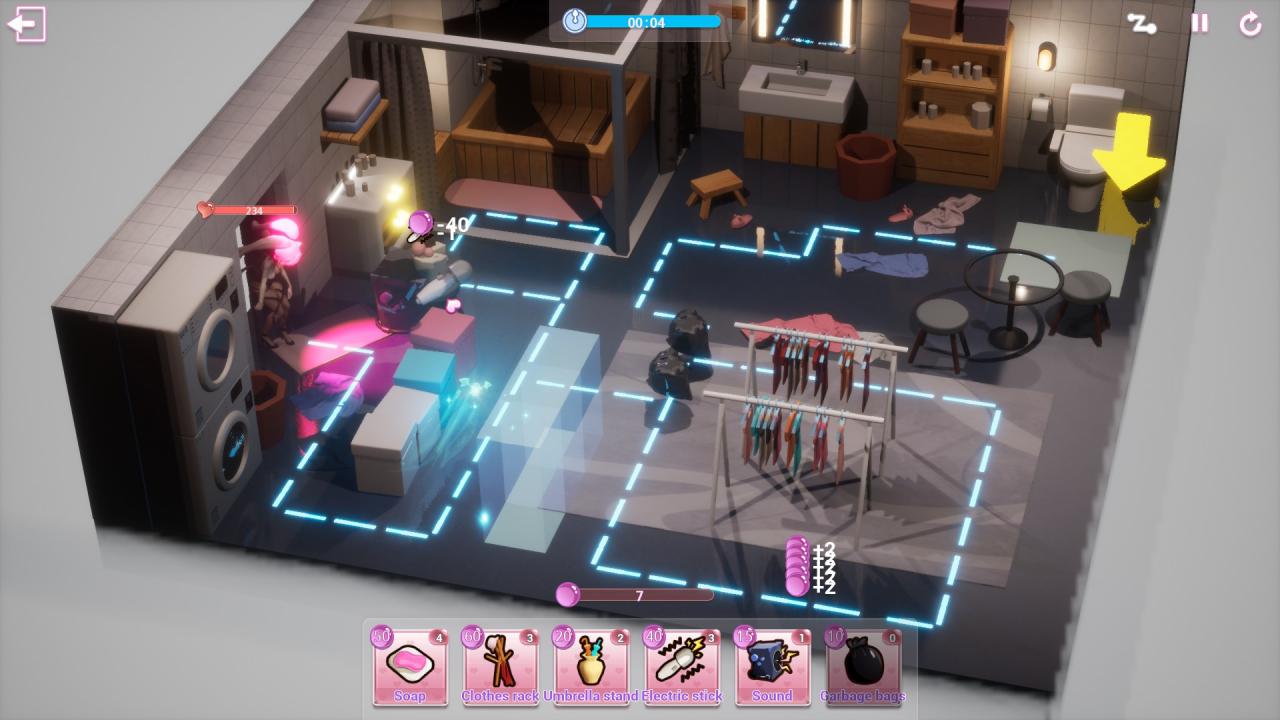 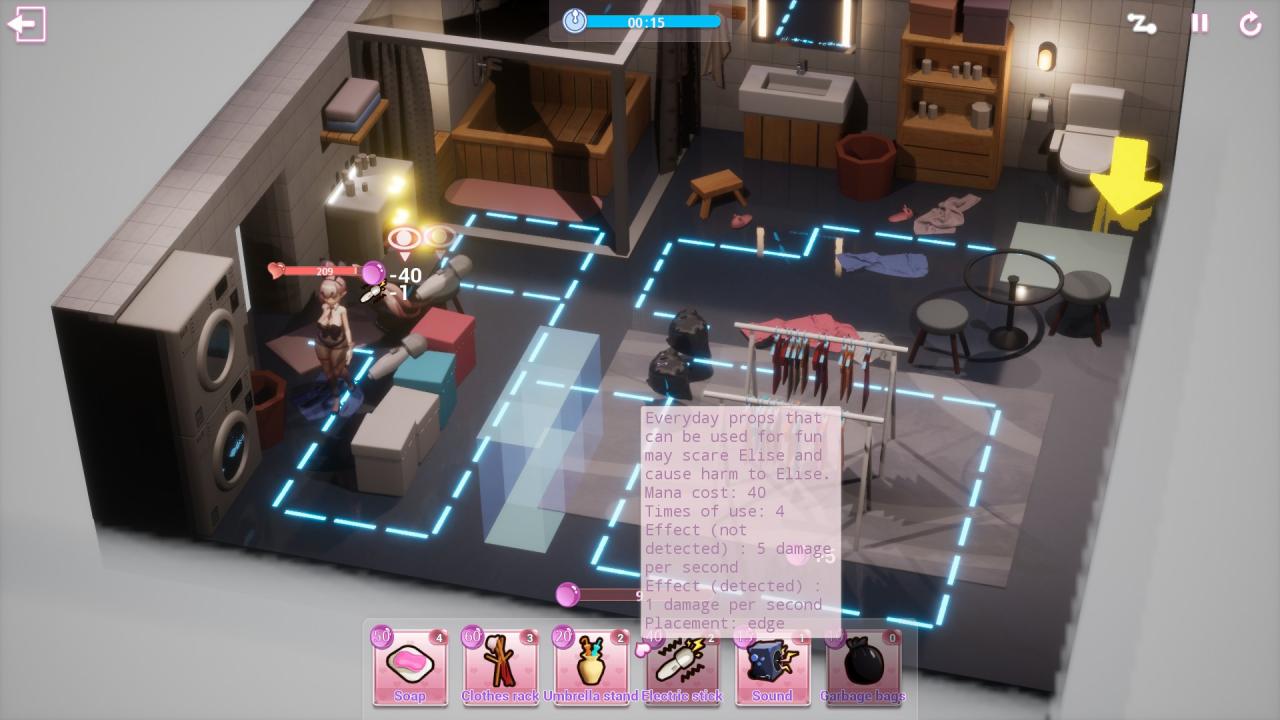 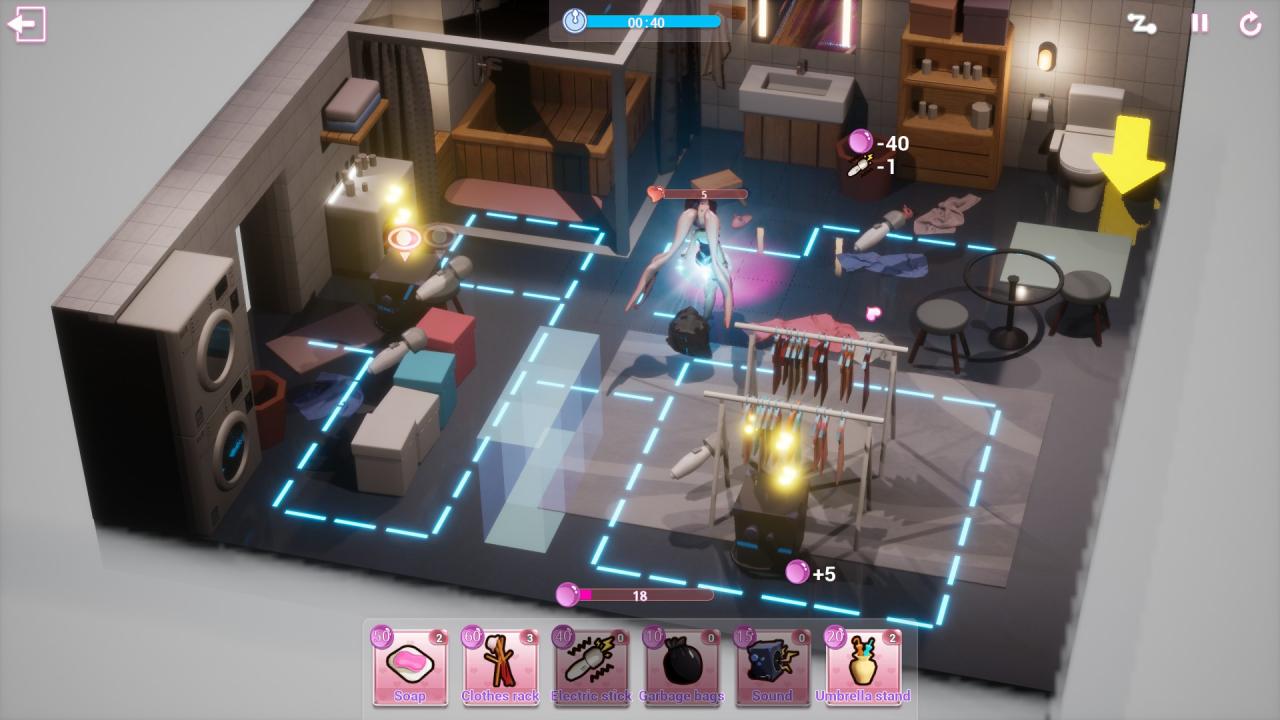 7 level
we take the water supply, lamp, garbage bag, soap. Place two pipes on the T-piece , and then a garbage bag , to block the first path. Then put the lamp ( do it so that the range reaches the garbage bag). Then frantically shove the soap under her feet.. 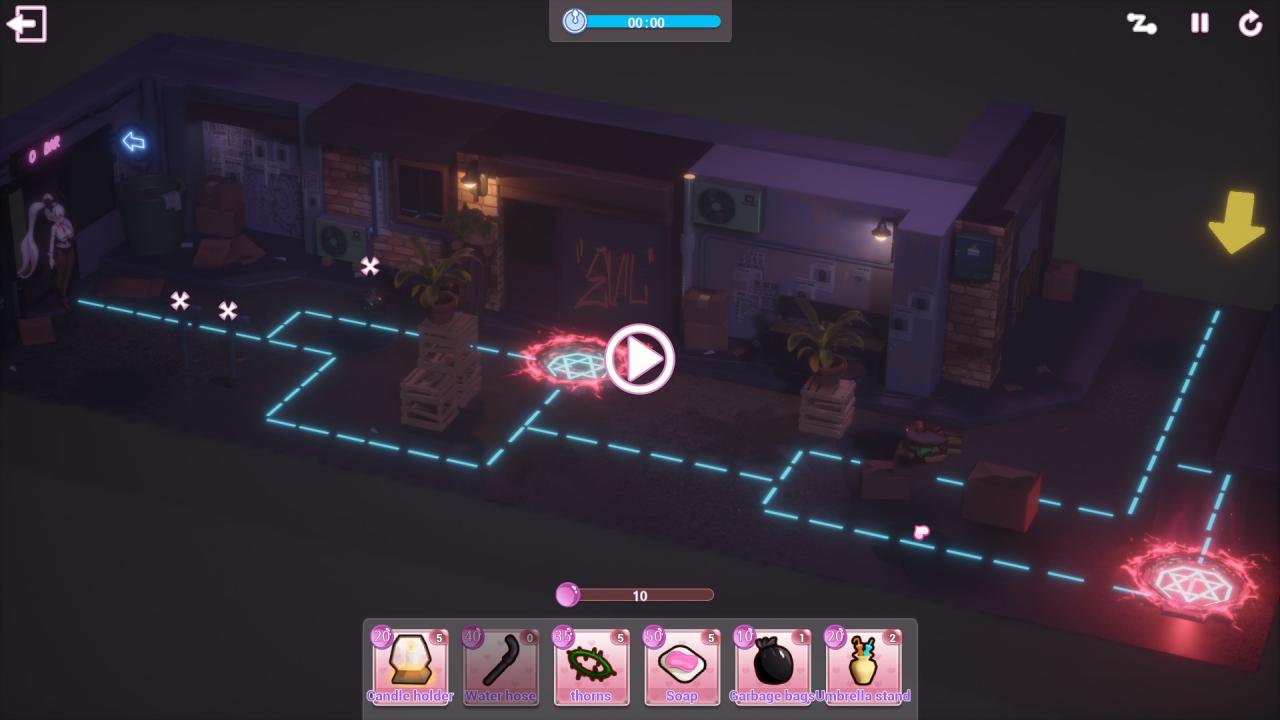 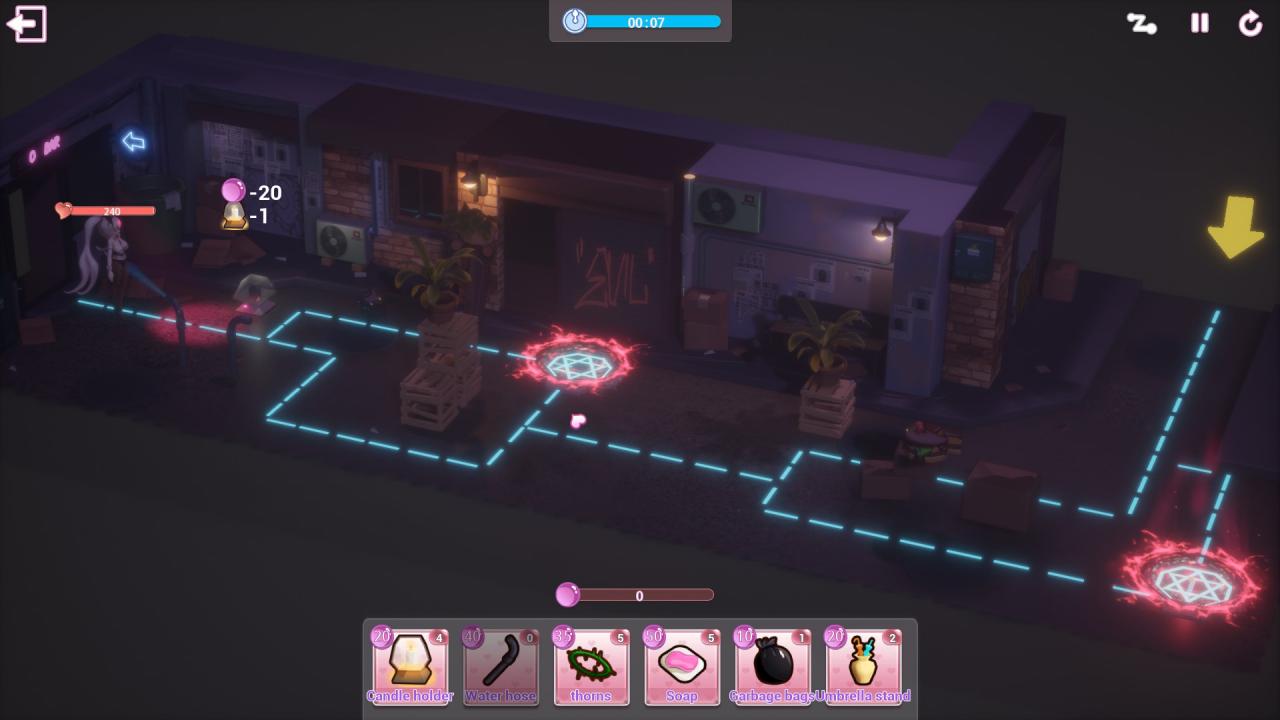 In it we have boxing gloves. One blow deals 40, two strokes 80. Available to us 4 , which means that in total 320 damage, this will be enough for us , to extinguish a succubus using only them. Therefore, boxing gloves and a lamp will be sufficient at this level. ( the rest is at your discretion). Place the lantern over the first teleportation array, make it touch your range. Then four in a row boxing. gloves. 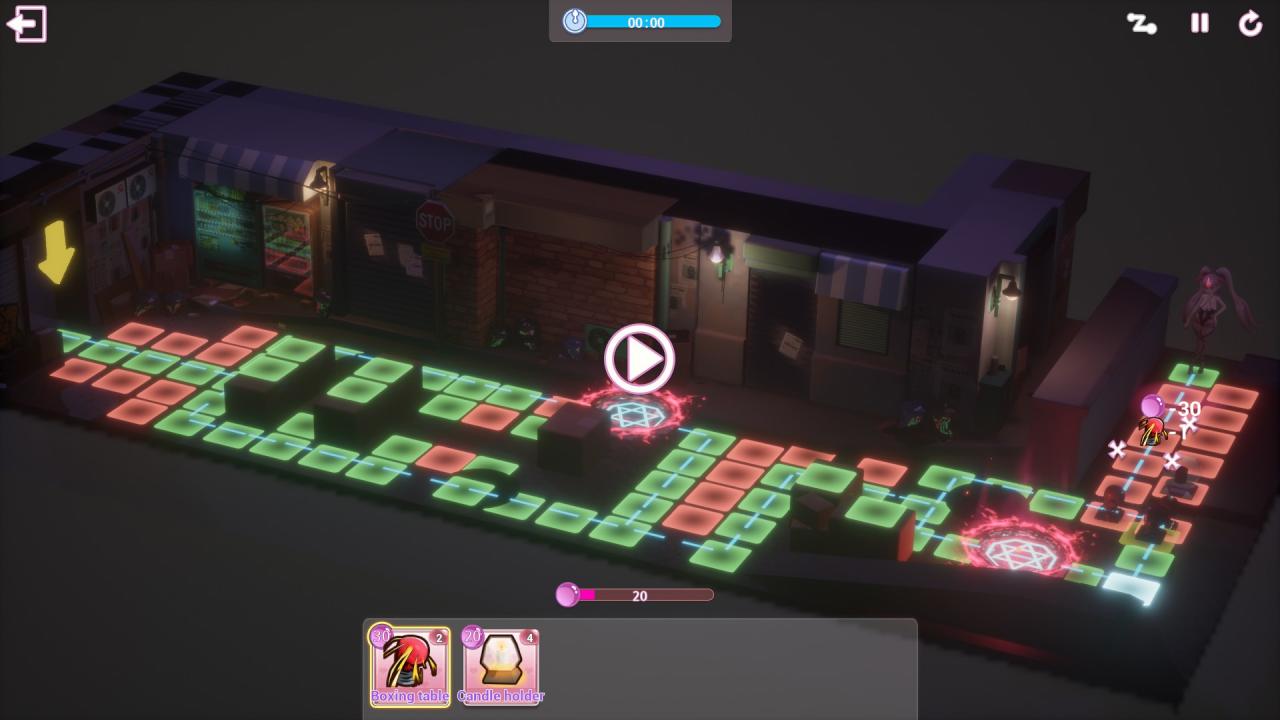 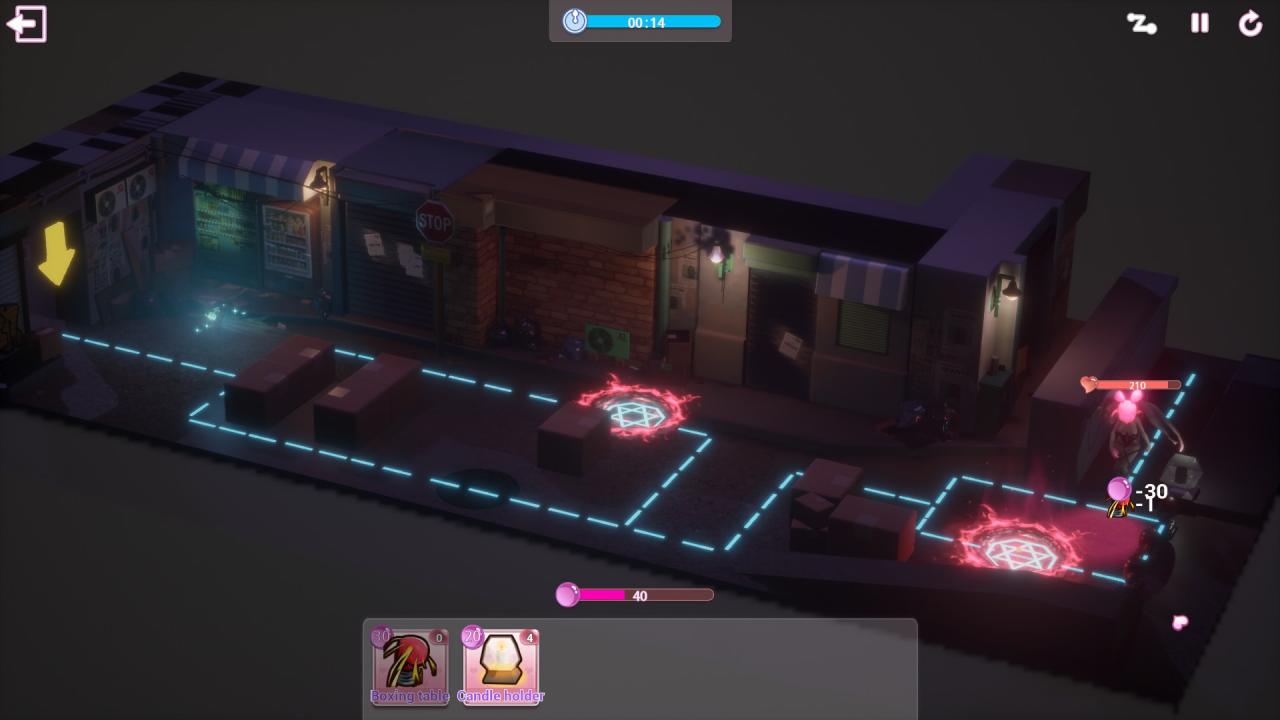 Everything is simple there. Boxing will be enough for us in the same way.. gloves. ( the only thing that you don't need to put them at the very beginning of the character's path , otherwise she just won't notice them and will pass by). (can be put in a row)

the end
Be careful with screenshots, if something doesn't work out, do not forget about stopping items and garbage bags ( for everyone) to change the direction of the character. Screenshots taken , if they don't pass 100%, then they will help you for sure, can be improved at your discretion.
By NestoR