Reaching all endings of the game. As much as possible due to current bugs and ♥♥♥♥♥♥♥♥♥♥ level / game design.

In ascending order of difficulty to obtain them:

Only the very first ending can be obtained without much stress.. If from her “refuse” – the game prohibits saving. No plot justification. Without increasing gameplay interest. Stupidly. It is forbidden. Save.

During the preparation of the assassination attempt on Roxy, you had to take the mannequin head in the corresponding box at her location Roxy's Raceway. Then, with this head, you have to rush around half the locations, but it's not that important anymore… 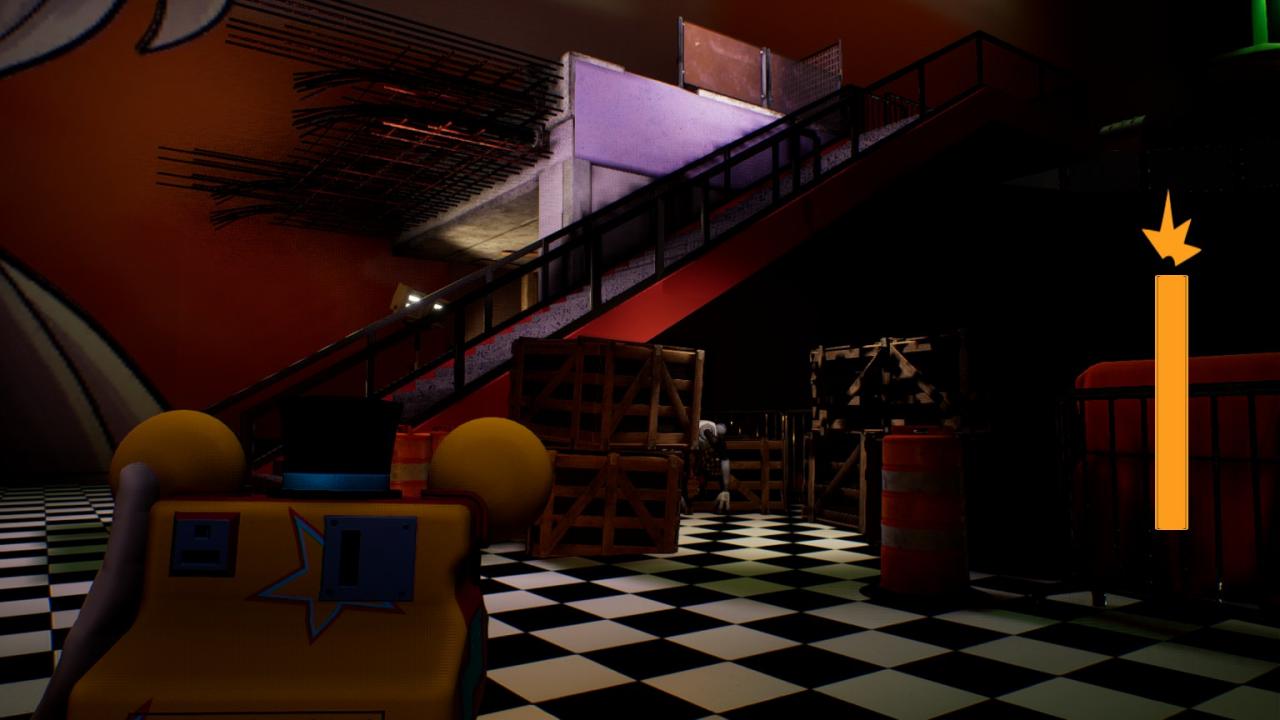 So here, when the game prohibits saves – go back to the same box and… take the mannequin's head. Yes, by plot, it's impossible. How good, that in this place the authors have leaked a saving handshake.
Immediately after picking up the head, the playing time will become 5:15 – which means, and the prohibition of saving more “did not come”)
I can assure, that this bug will not softlock the production of endings in any way – none of them in principle on “time” do not look…

In any way we reach 6:00 and run to mostly exit from the mall. This is the one, where at the very beginning of the game the blinds closed right before our eyes.

A choice will appear: stay or leave. We choose go away.

Freddie stays in the mall, Gregory runs away and bums in the street, but soon Vanni catches up with him and the end is a little predictable. 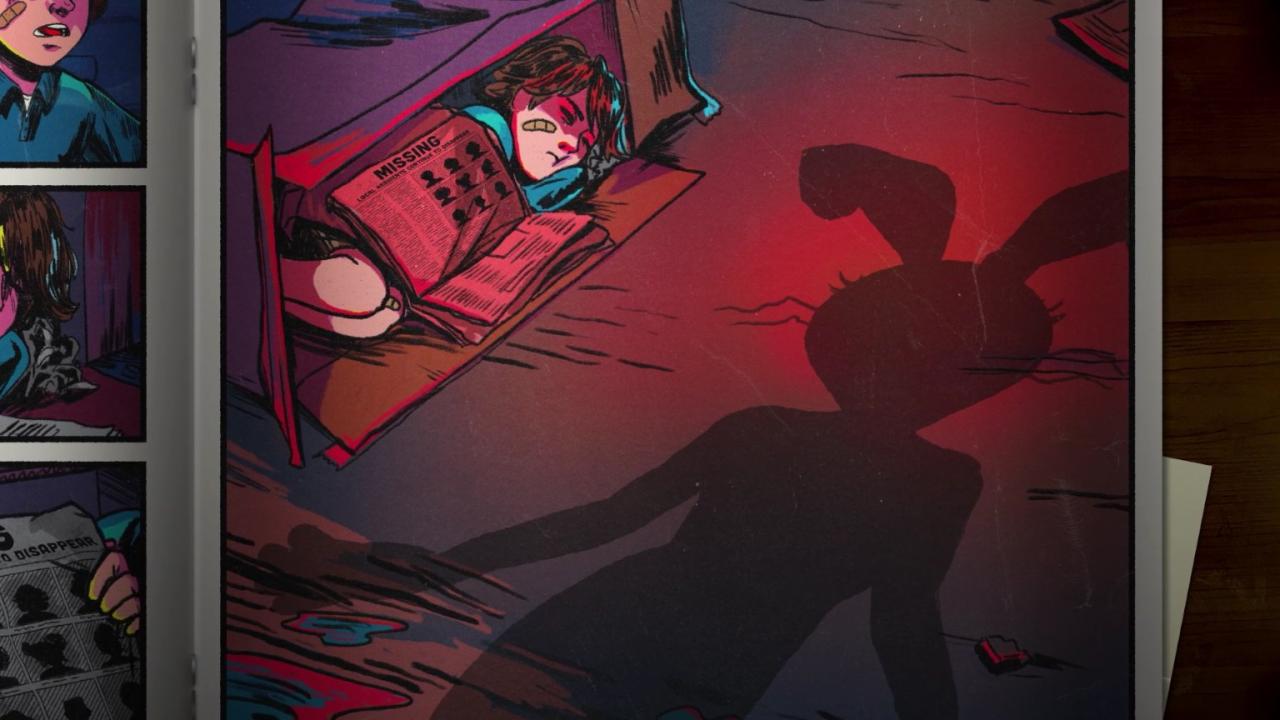 All the same – but the way out is different.

There will be no screenshots. Take the trouble to find by description – That's not difficult:

Gregory escapes with Freddie in a car. There is a little problem on the way with Freddie, but they easily solve it. Baths, it turns out, it remains to rampage in the mall. And Afton – in its depths. Freddie himself was quickly replaced. 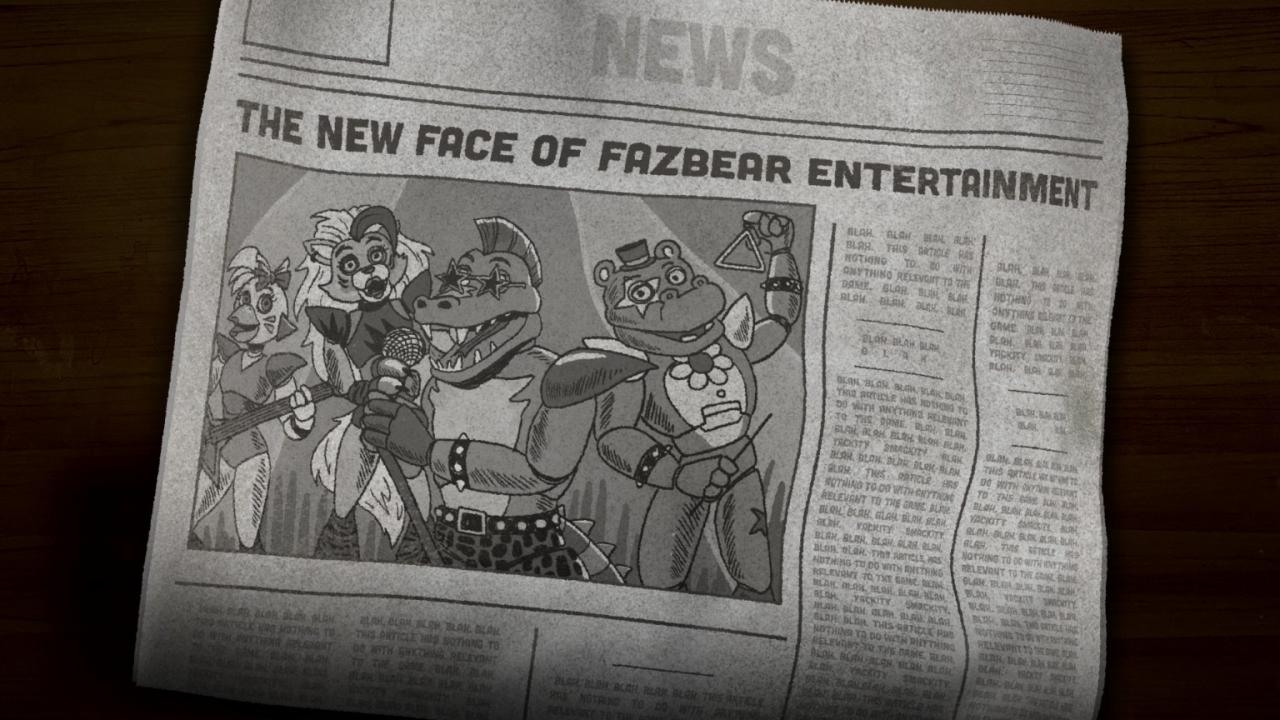 Here it will be a little more difficult: now endings require certain conditions for obtaining.

Keep in mind, that before leaving the laser tag on the elevator, there will be an office to the right of it, which will contain a security pass and a bowling ticket. I'm not sure about the need for the first – and without bowling, you can't beat Chika and thus not get her upgrade for Freddie. To get Afton's ending, I understand that, you need to get improvements from all three members of Freddie's group, well, and thereby pump the last.

Everything, now GG knows about Vanni's whereabouts. Remember this detail – she will be needed in the last ending too. 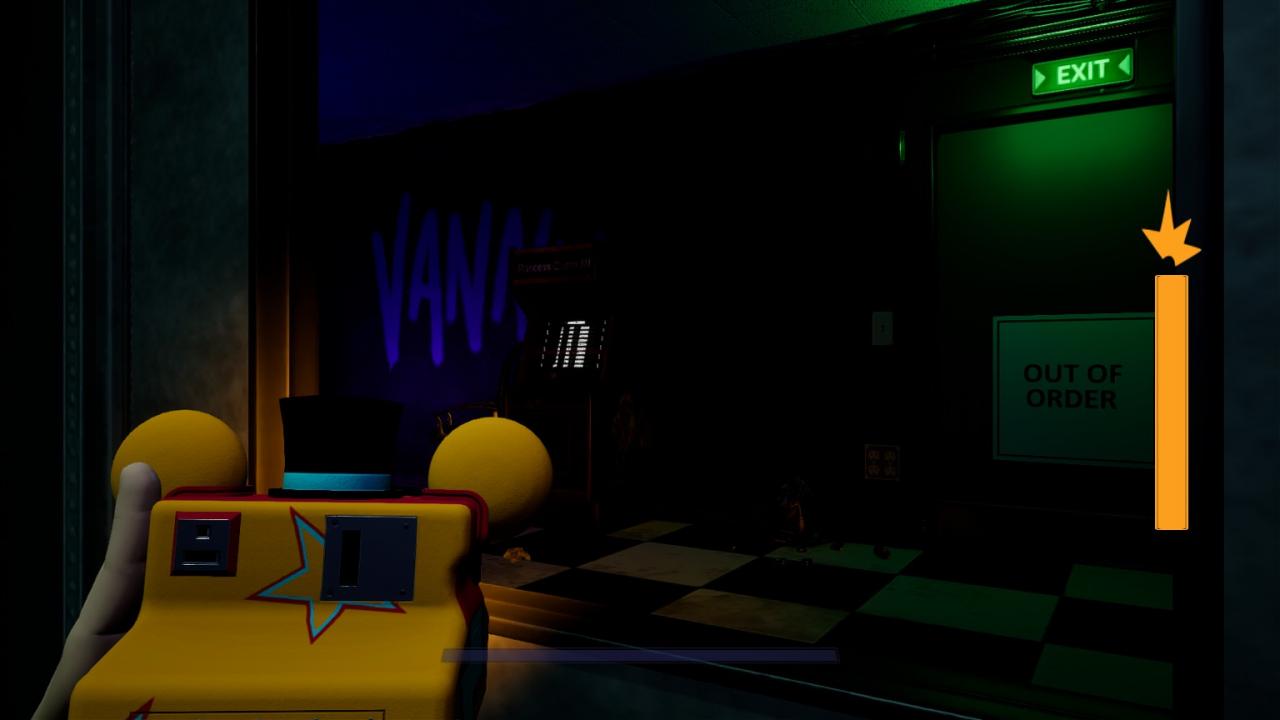 Again we go to any exit door from the previous endings.. A third choice will now be available: Baths. We select it. 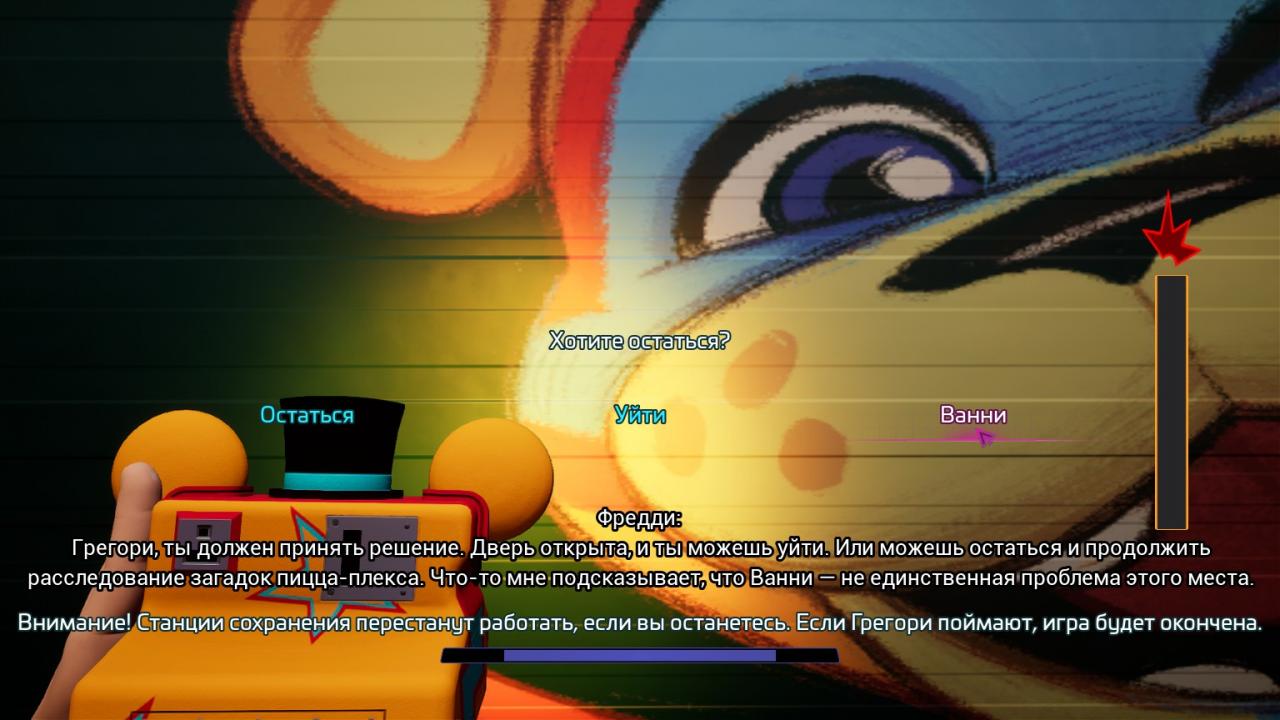 Gregory announces the plan – reliable as a Swiss watch. Immediately after that, the heroes begin to perform it., and after just a dozen seconds, Freddie is on the verge of destruction. 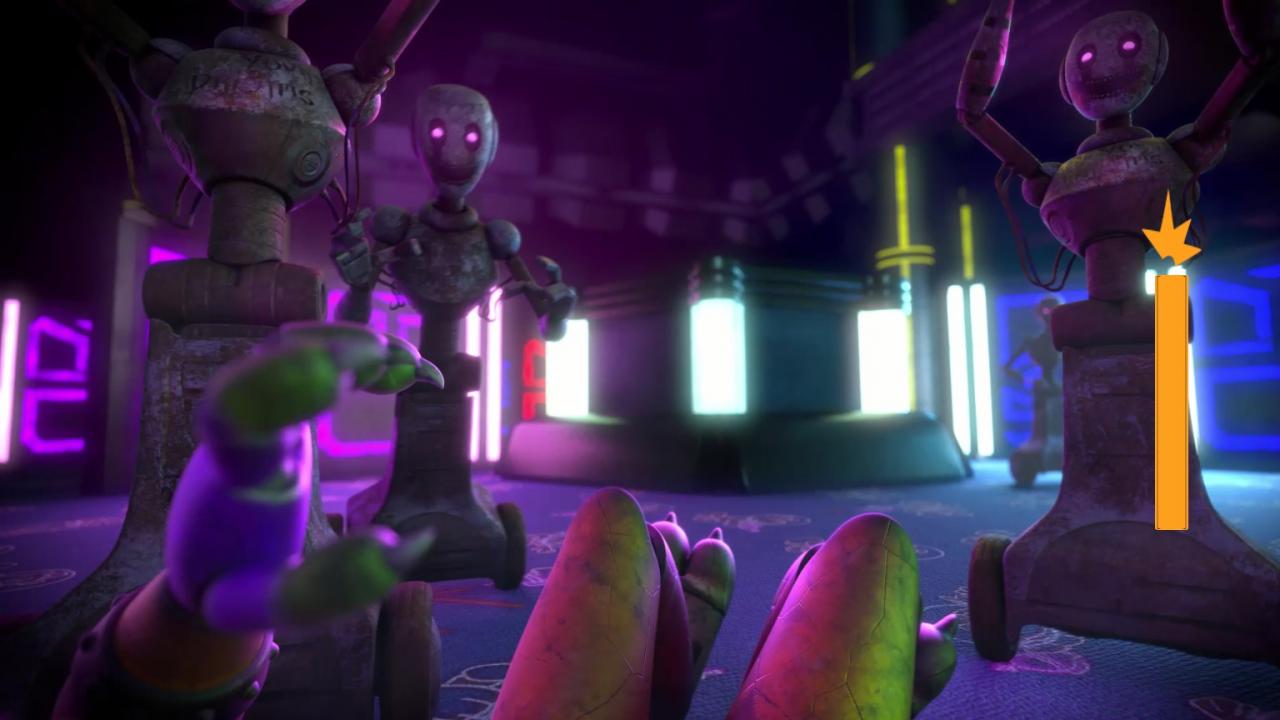 After the cutscene, we are thrown into the corridor with ♥♥♥♥♥♥♥♥♥♥ skim level design, but trust me – there is a way out. Run ahead, dodge all animatronics, in the end, you need to climb the stairs all the way to Vanni's hideout. Yes, where we have already hung out once.

The door will be open, but there will be only one object for interaction – button on the left. We press it. In the photo, she shines on the left: 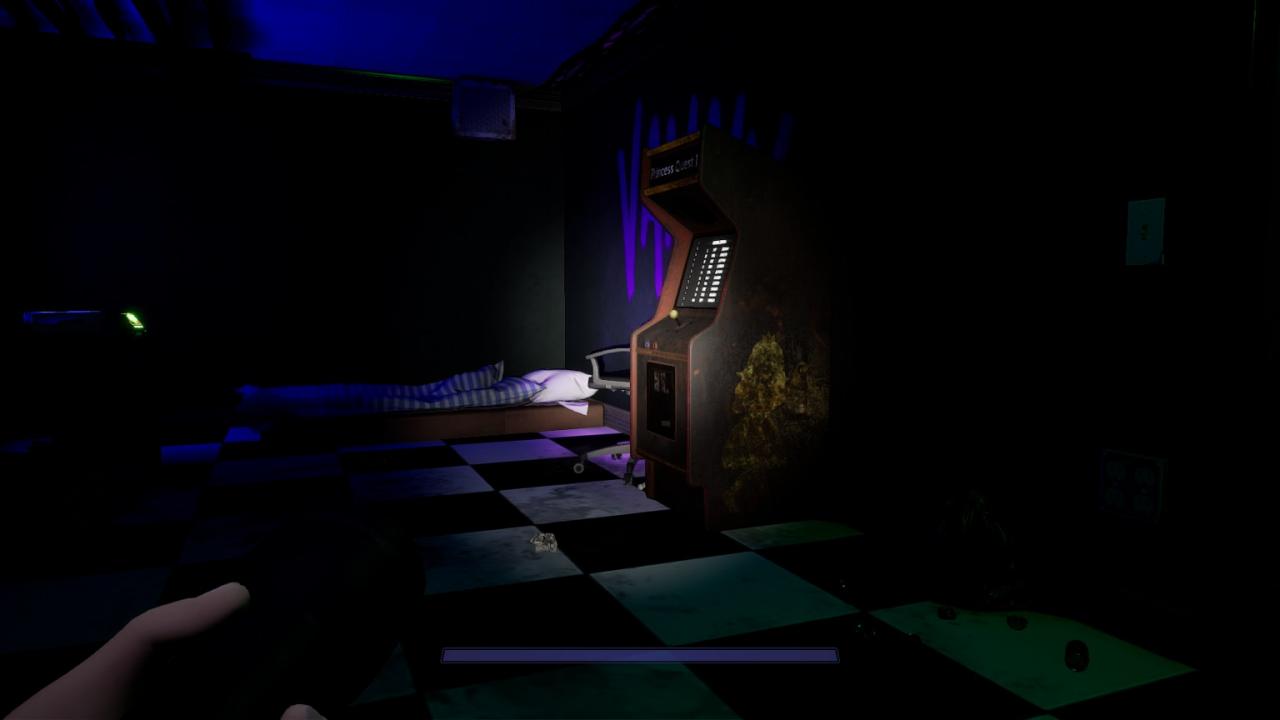 Thus, we reconfigure all robots – and their target becomes the Vanni. Bots tear it apart in seconds, how they did it with Freddie in the previous cutscene. In fact, the end. Although so myself. 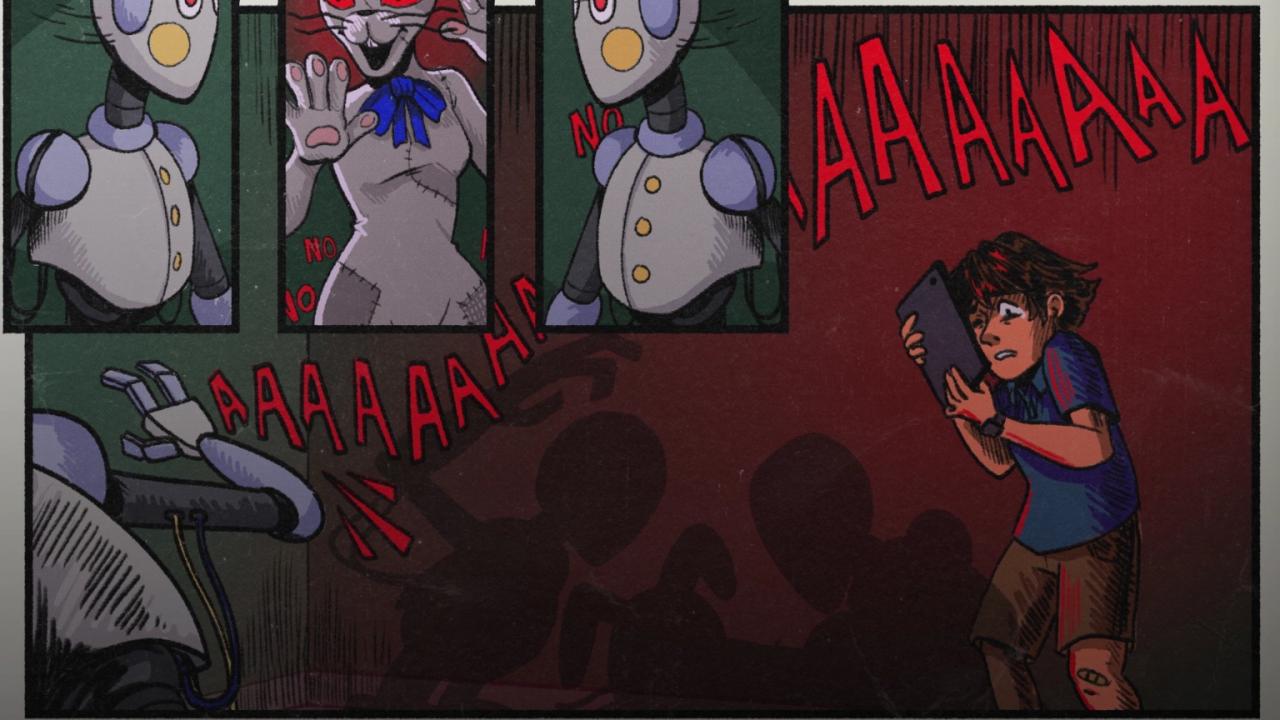 The ending of an old pizzeria (Afton)

To obtain it, you must defeat all three.: Roxy, Chick and Monty. Their upgrades will allow us to get into a secret location. About Roxy I, by the way, not sure – her “eyes” did not affect access to the secret in any way, BUT in the last fight, her acquired blindness helps a lot!

How to complete these three quests “to destroy” – question, worthy of a separate guide. We assume, what do you have, like me, managed to do it somehow.

so, our Freddie knows how to demolish yellow locks and open voice – at the expense of Monty and Chiki, respectively.

We find on the left side of Roxy's Raceway an inconspicuous door to the catacombs: 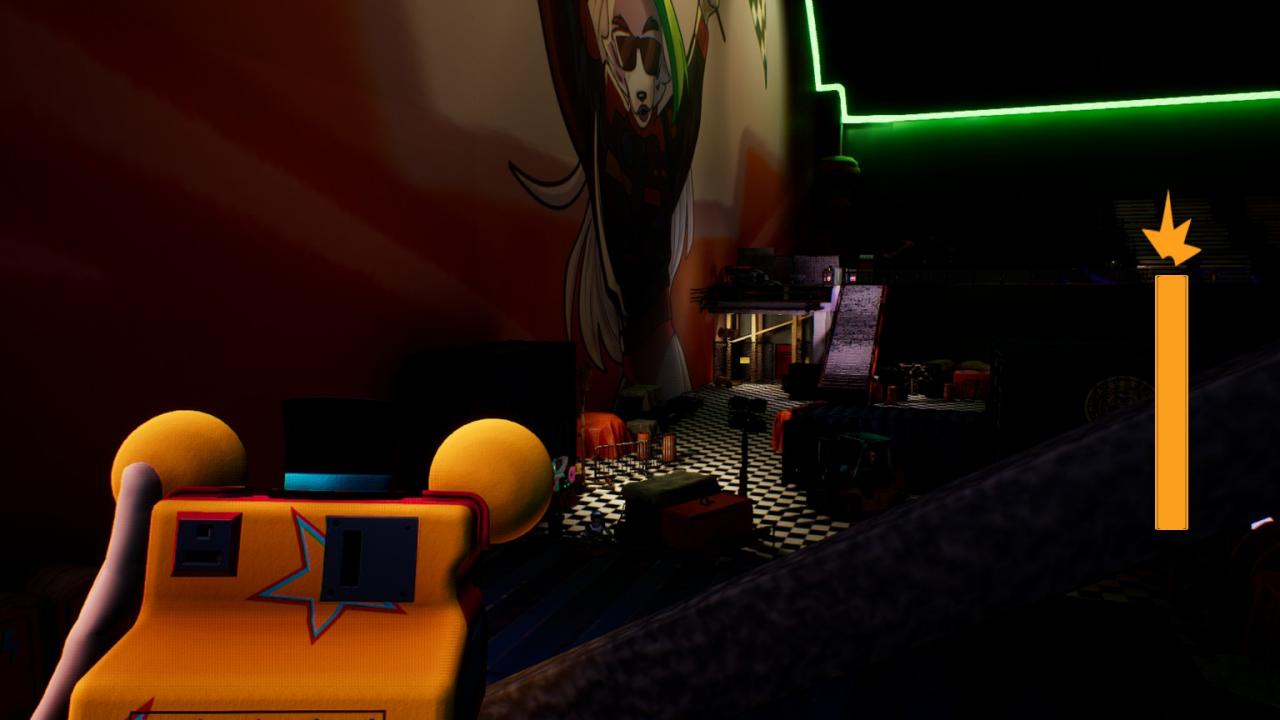 There will be an elevator at the end of the catacombs – the game explicitly states the point of no return, therefore, if you agree to go, a new save cell with autosave will be created immediately after the descent. 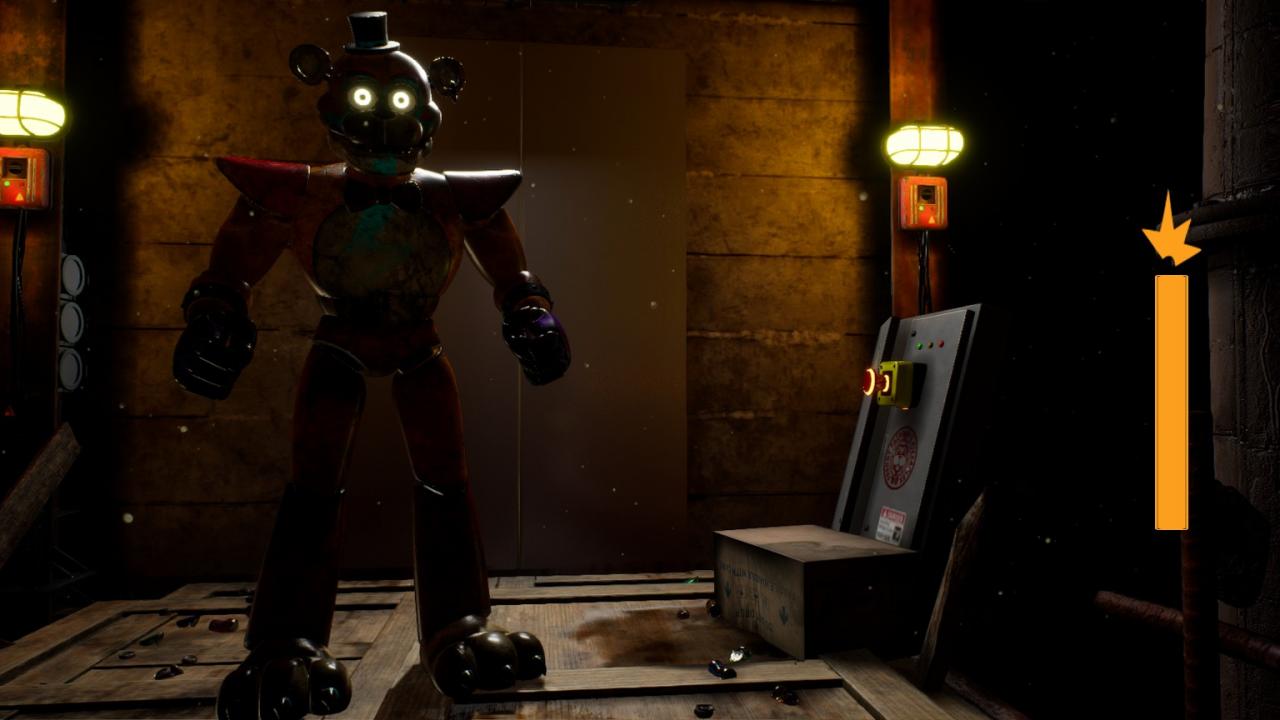 so, we got off the elevator.

You can go down to the hole in the center only inside Freddy! The game will not warn about this – I'm warning you here) 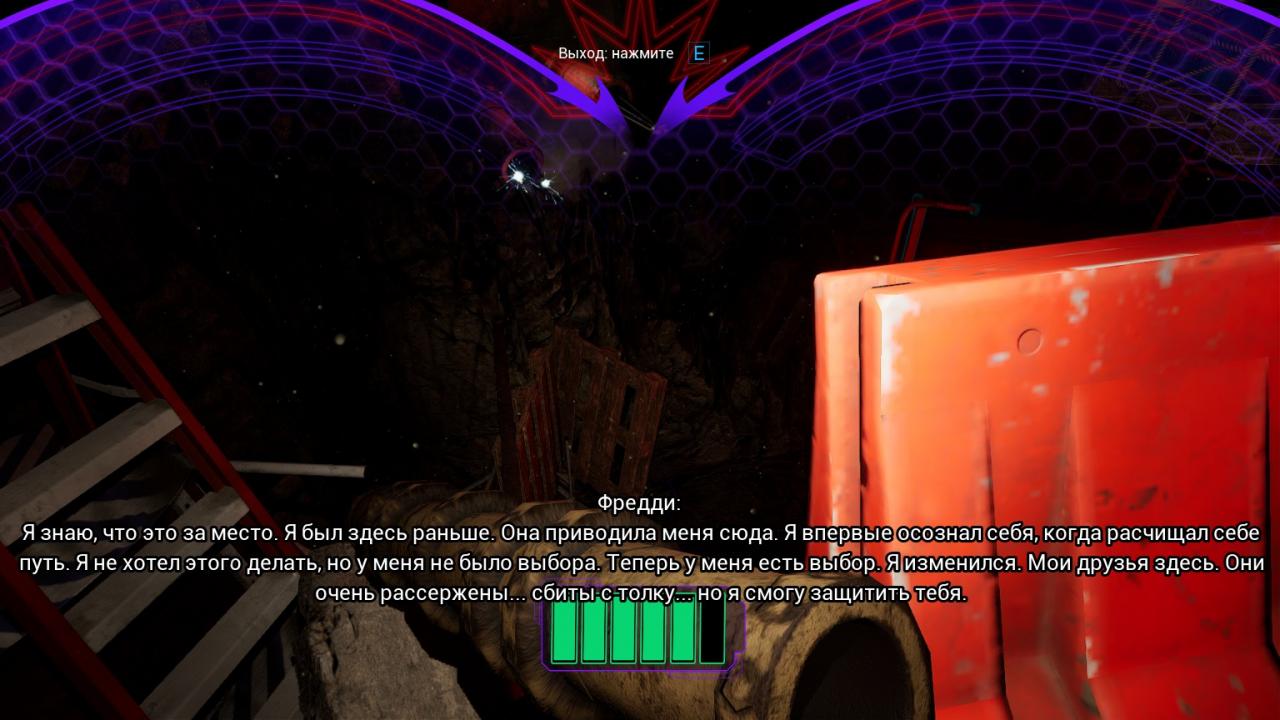 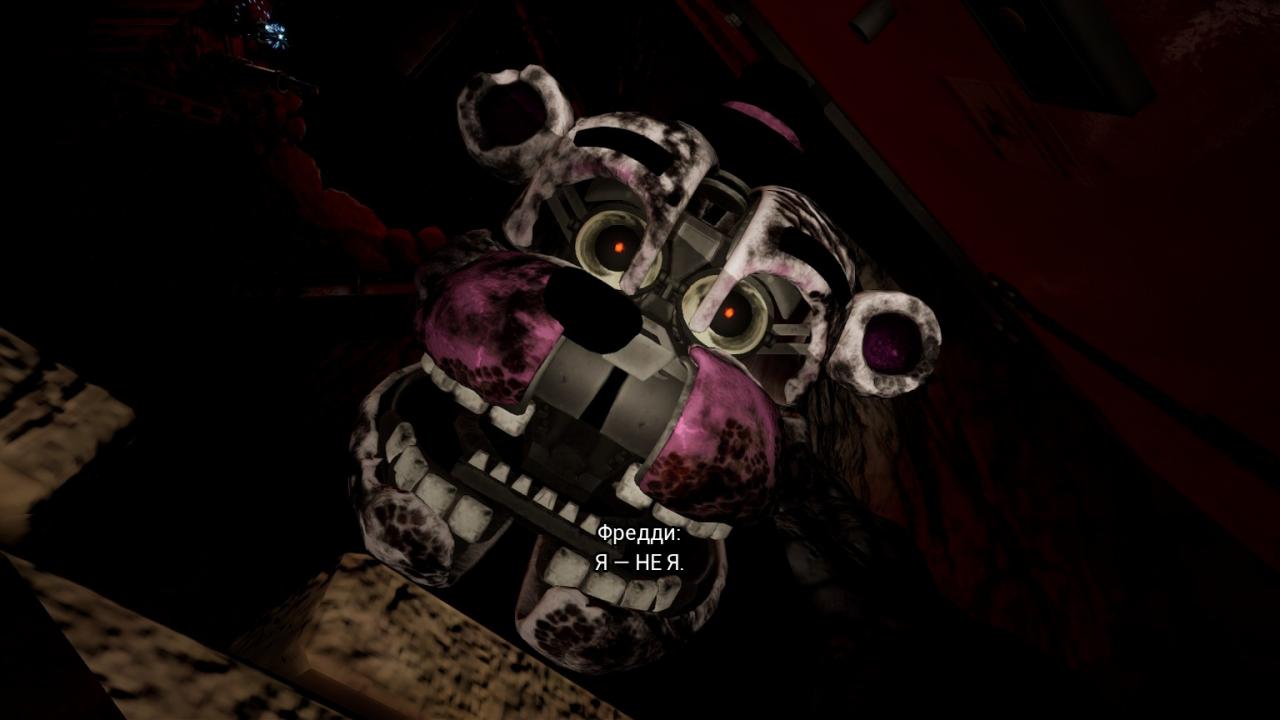 After the descent, an easy one will begin., but dumb because of “illegibility” gameplay skirmish in the style of early FNAF against Afton. Well you get the idea – Spring trap, in fact: 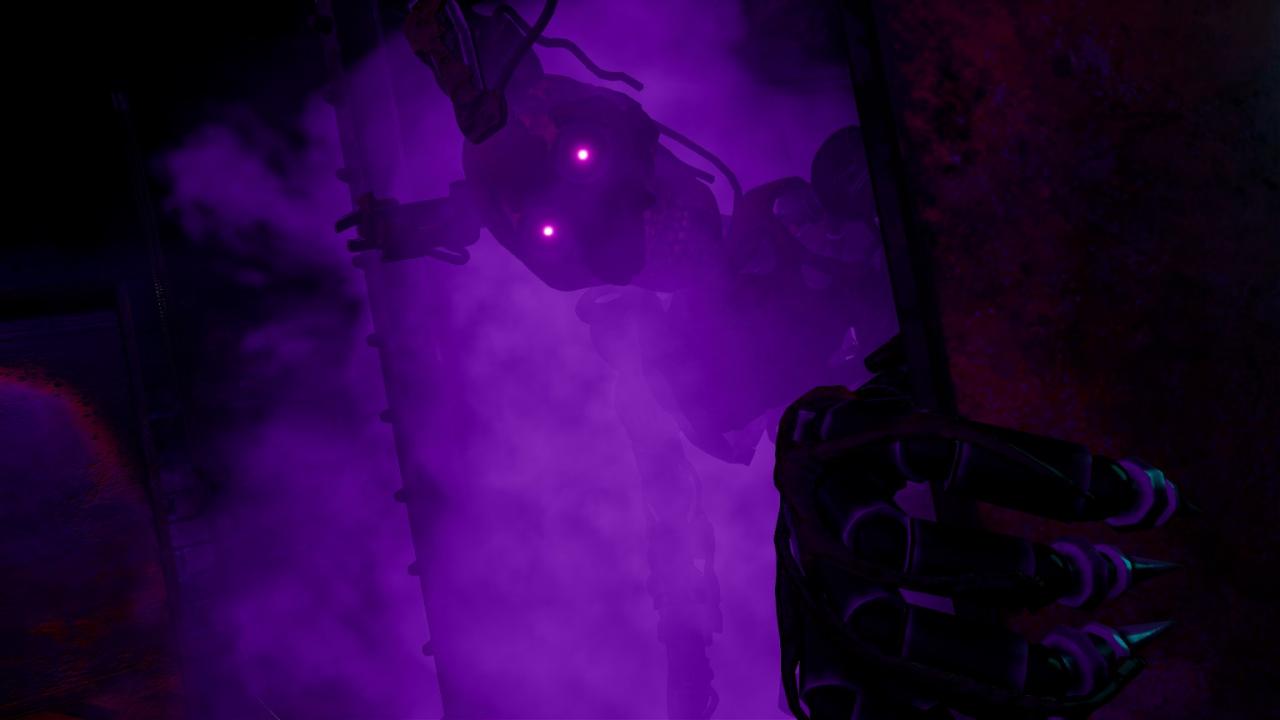 Mostly Freddie says, What do we have to do. But if Afton tries to reprogram him – urgently find a goat on one of the monitors and press the corresponding button next to.

The dumbest will be, when Roxy appears. I could not understand the real idea of ​​the authors, so I accidentally doped to the next: this brute will continuously scamper around the room, Freddie will be unavailable, we will have to DEFINITELY dodge her constant attacks – along the way, all also pressing the buttons on the monitors, for Afton to fuck.

No streaks of life, no environmental changes – no hints, how much is left until the victory. Therefore, on a rough estimate, I can say, what should be given to Lulei Afton ~ 10 times. Including mad Roxy – it's a lot, believe me.

After pressing the button again, the final cutscene will start abruptly.

Disfigured Funtime Freddy from past games strangles Afton dying in fire, and our heroes will run away from the catacombs and the mall itself fuck. the end. Vanni's fate is unknown – but there is not a hint, that she stopped bothering. 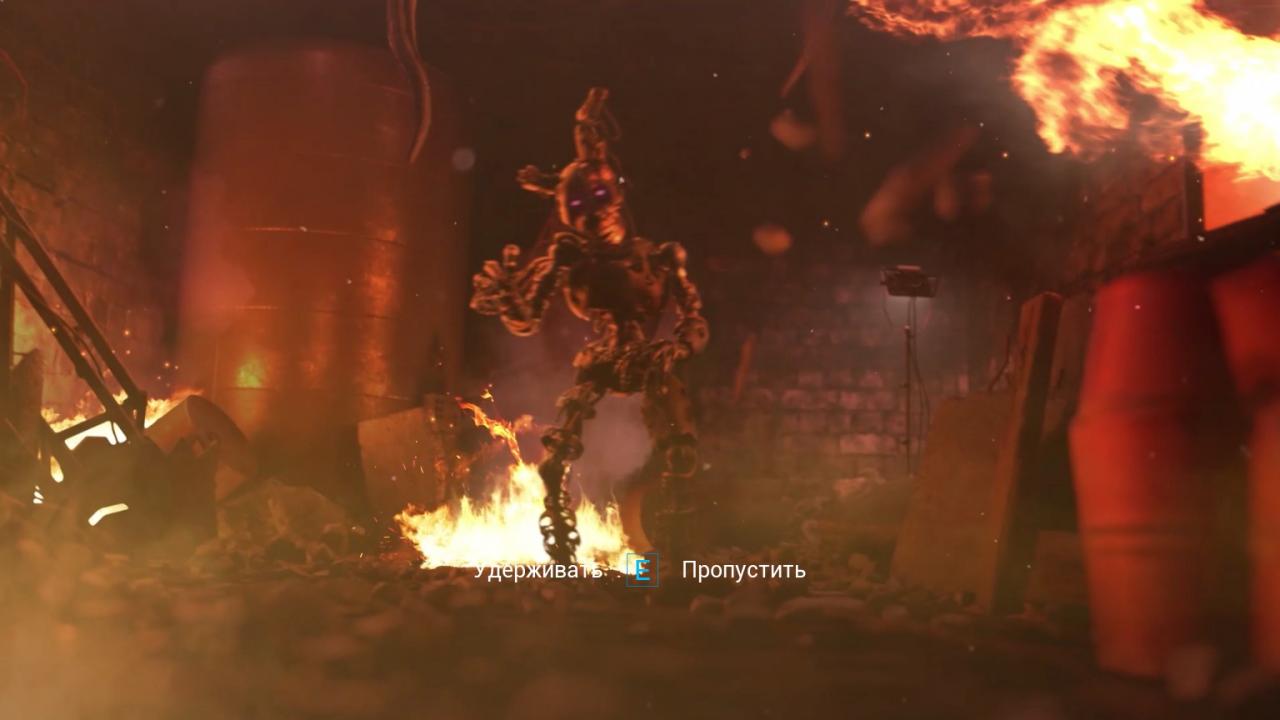 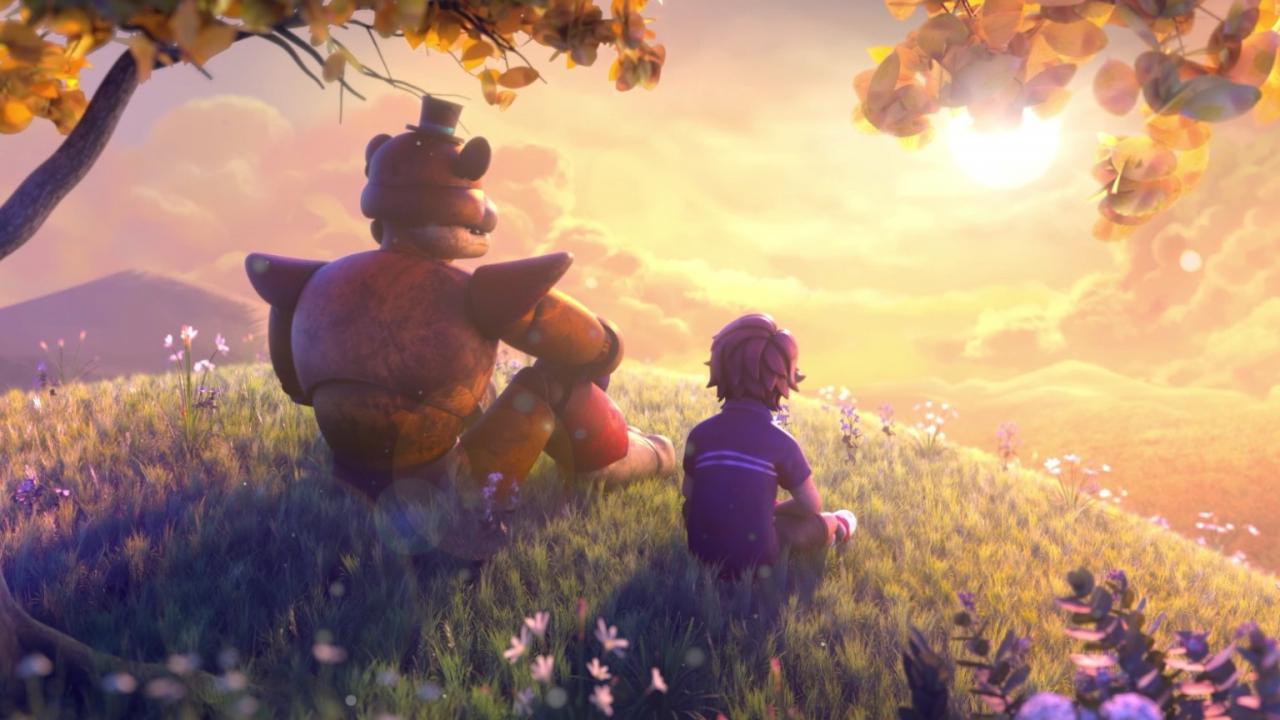 In fact, it is obtained in the same way, what “Vanny's death”.

To activate it, you first need to find 2 slot machines Princess Quest. Each one contains a five-minute game, they just go through. Needed, in fact, for laura.

Need to play “from the first to the third part of the game series”, therefore, we act strictly in the order below.

Krivorukye developed in the current version of the game forgot to code control from the gamepad – so switch to mouse and keyboard while playing slot machines. We only need WASD, Enter and LMB.

The first machine – in the back room Glamrock Beauty Salon. This beauty salon is adjacent to the Roxy's Raceway location. 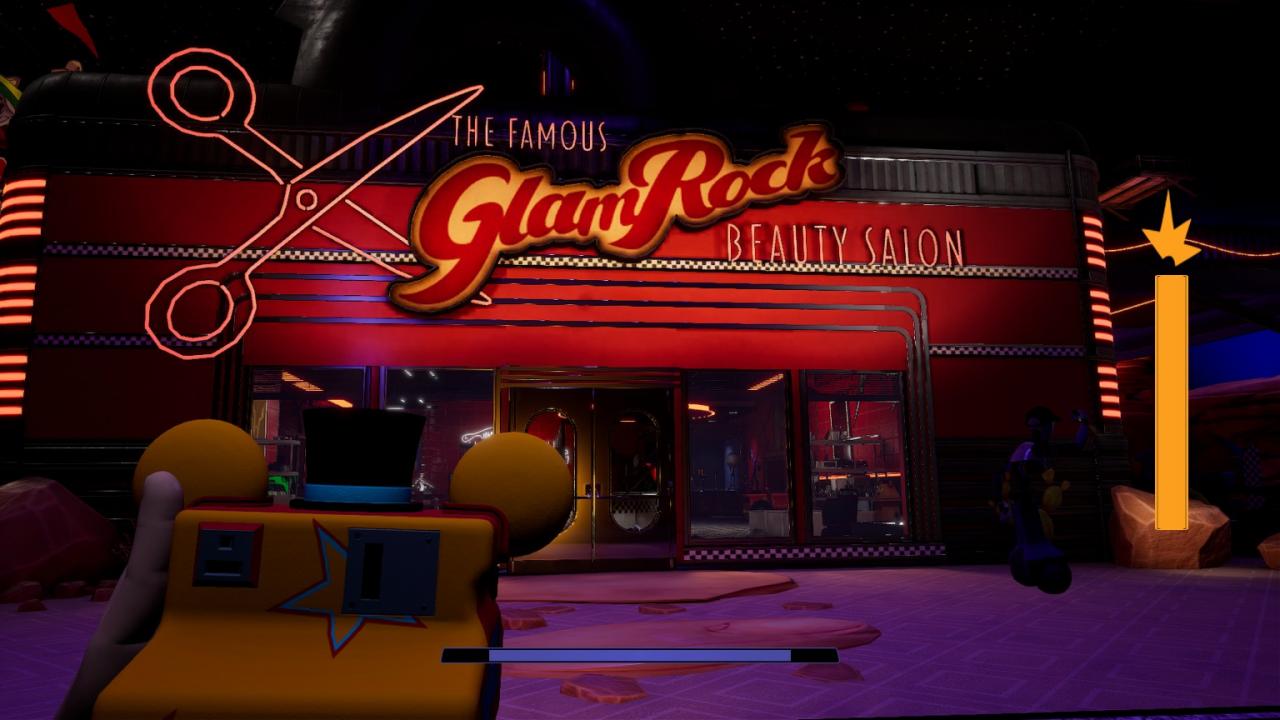 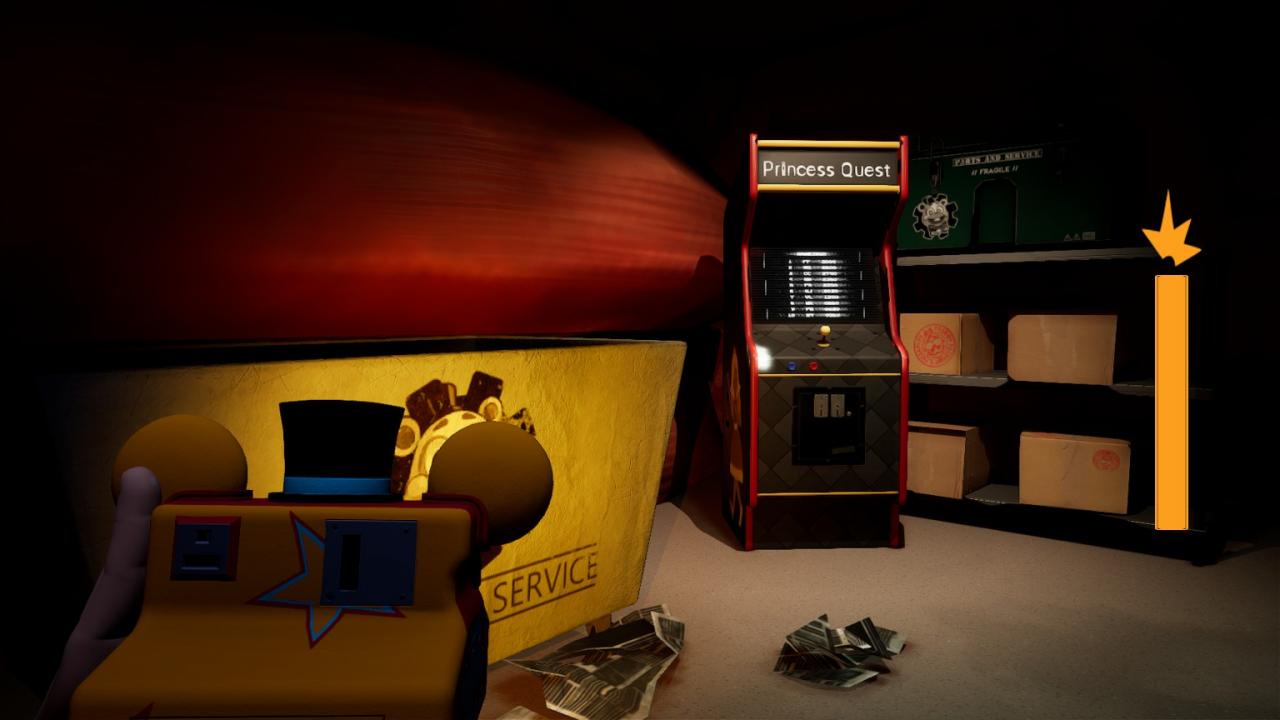 Second machine – in the arcade hall FAZCADE, in the farthest room. Right under that place, where did the spider dj escape start: 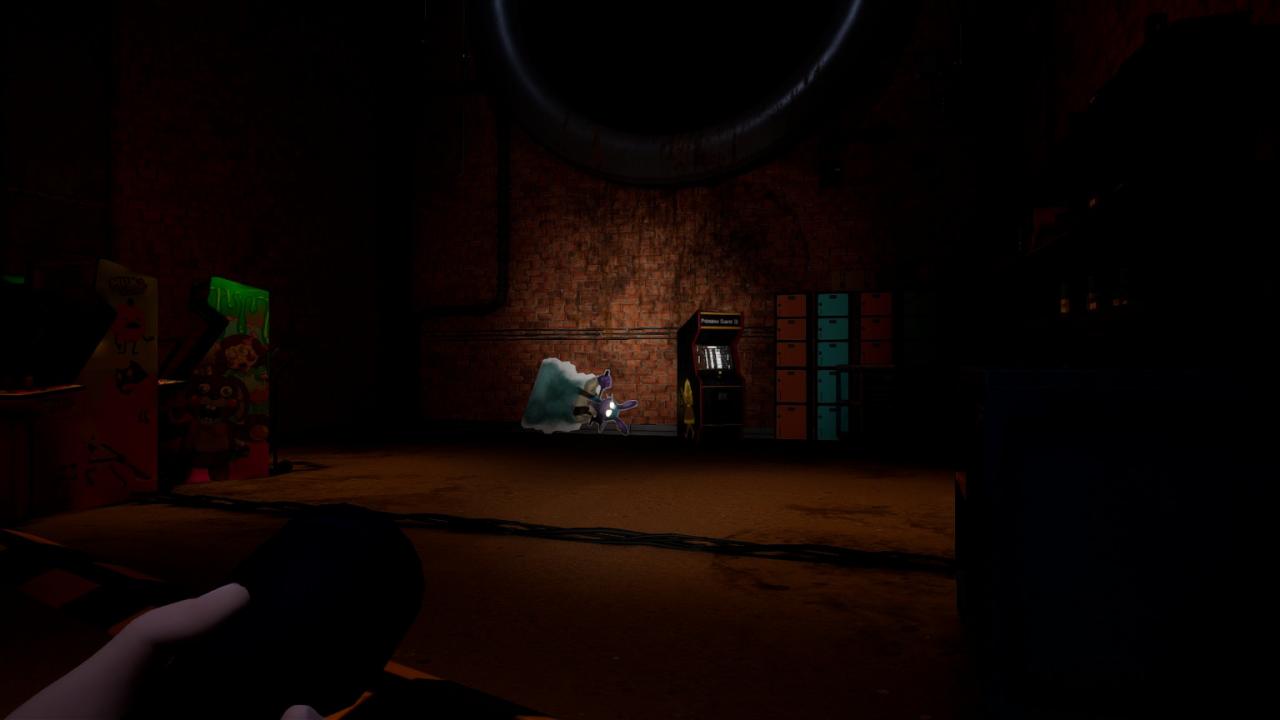 By the way! Can anyone explain to me, what an unusual hare on the counter to the left of the machine? If you blinded him with a flash, eyes will start to glow, and the game will make an unusual sound. I will never believe, that it's just like that…
https://steamcommunity.com/sharedfiles/filedetails/?id=2686918501
After winning both machines, we begin to act exactly like the ending of Death of Vanni – but in her shelter do not click on the bot button, and we start playing the Princess Quest slot 3 case. For now it will be available for interaction! 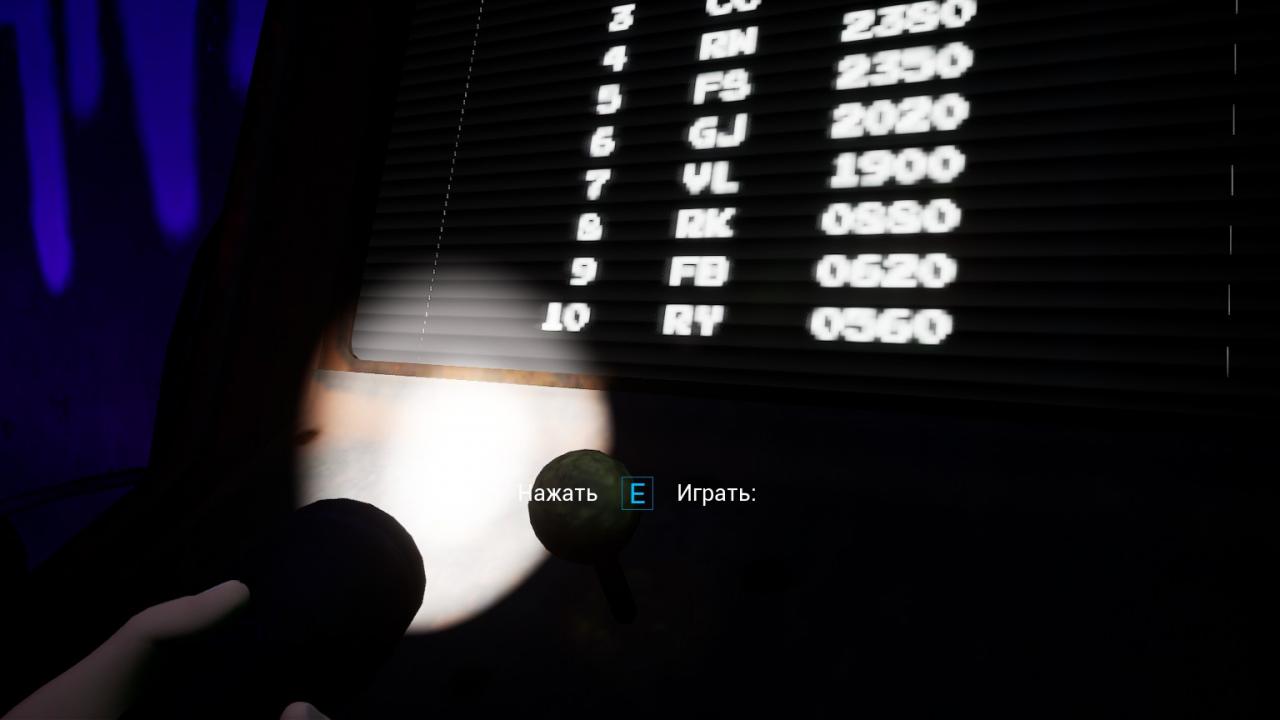 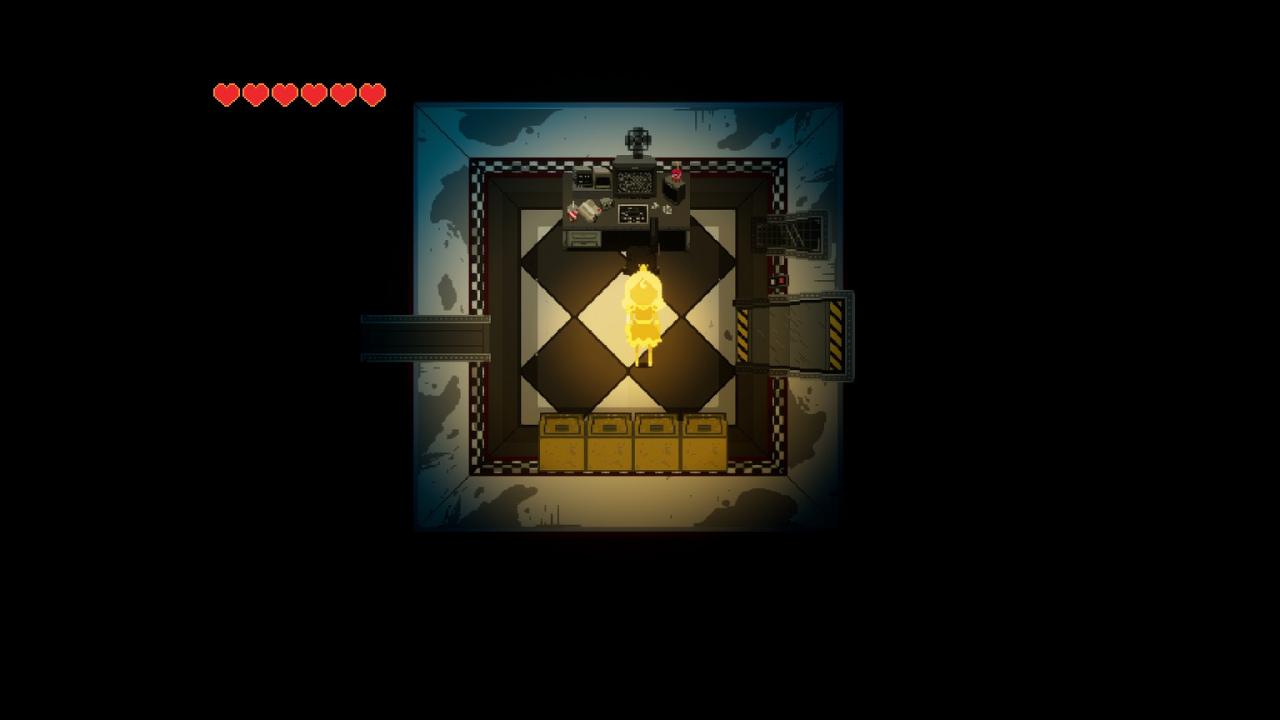 After the victory, Glitchtrap in Vanessa's mind will be defeated., her obsession will recede. Gregory, along with the remaining efficient head of Freddie in the bag, will go to the exit of the mall, where will he meet “good” Vanessa.
Taking into account the rest of the endings, I dont know, what to call this, if not “the best”. 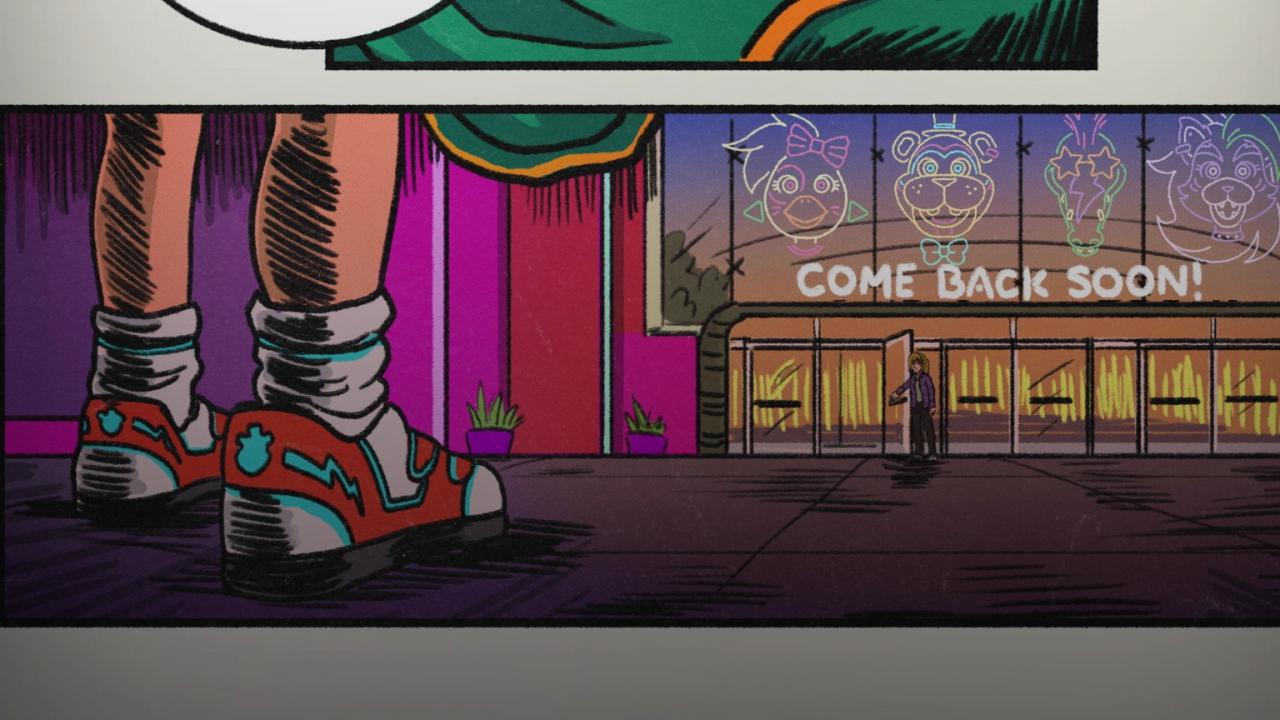 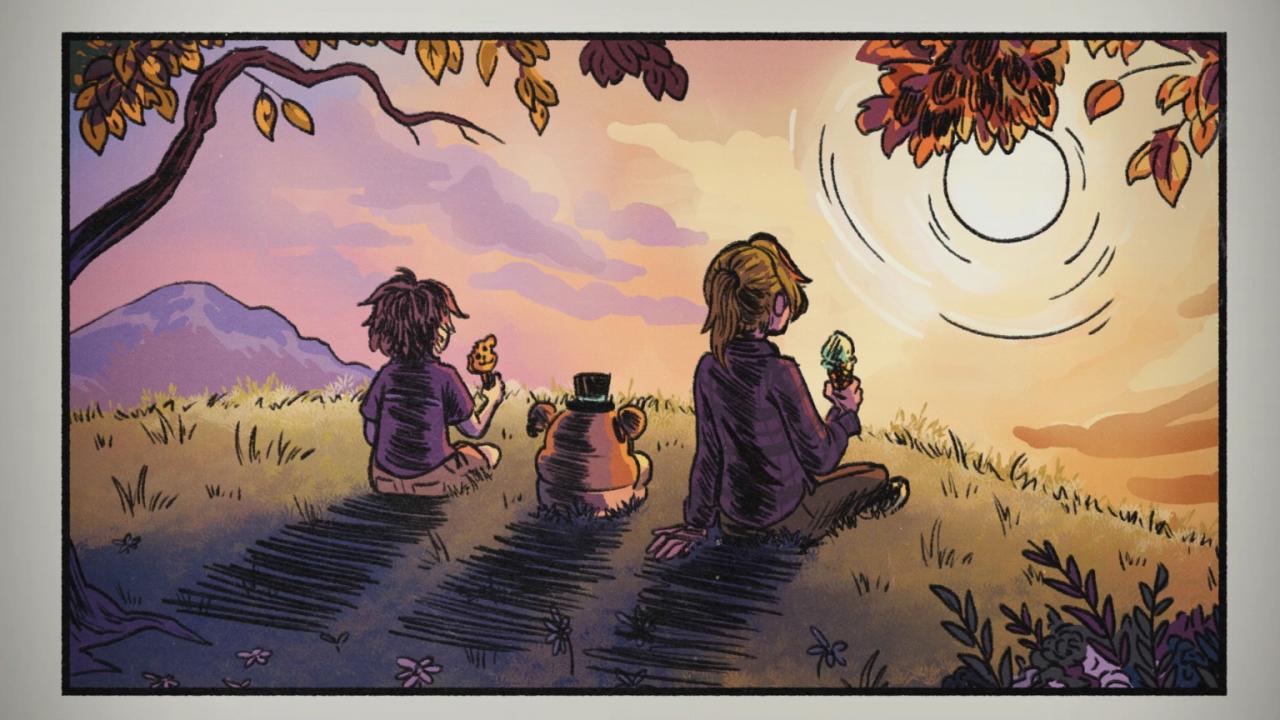