This guide contains the most interesting Easter eggs in the game The Witcher 3 Wild Hunt.

Leo's grave
In the first part of the game, we meet a young witcher named Leo, but he, Unfortunately, dies. The developers did not miss this detail either.. Leo's grave can be found in Kaer Morhen, which no players have forgotten, no witchers, neither developers. 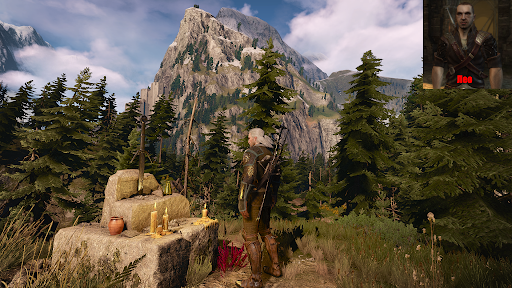 A reference to Dostoevsky
Not all players complete the quest “Crime and Punishment”, also named, like the novel by Fyodor Dostoevsky. To activate this quest, it is necessary to find a man named Jorg chained to a stone. Geralt can save Jorg or leave him at the mercy of the harpies. 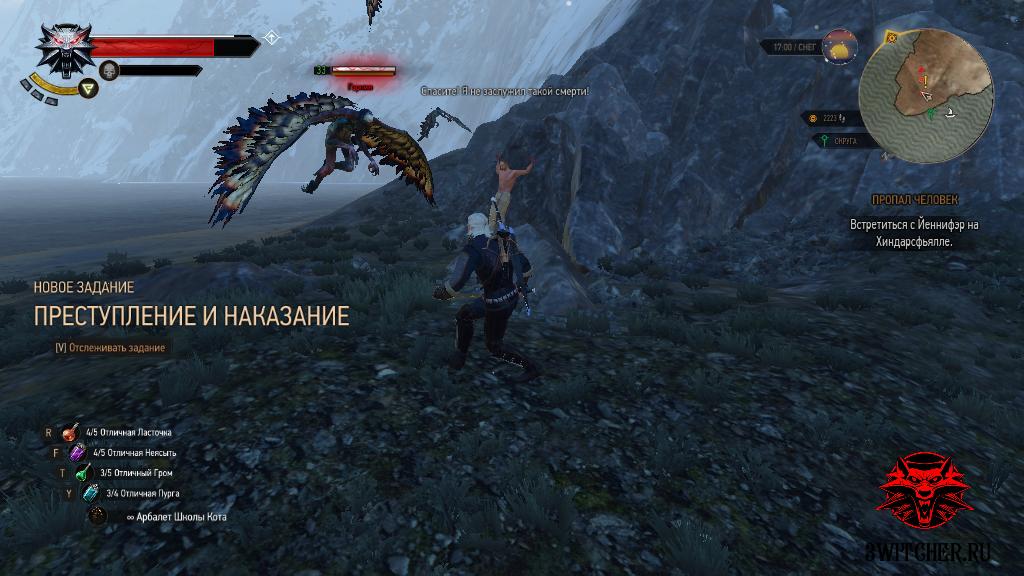 A reference to Star Wars
We all know one of the most popular bounty hunters in the Star Wars universe. – Django Fetta. His “medieval version” to this day, he carries out the most difficult orders and fights against monsters in the vastness of the Skellige Islands. The only known mercenary from the islands named Django Frett. 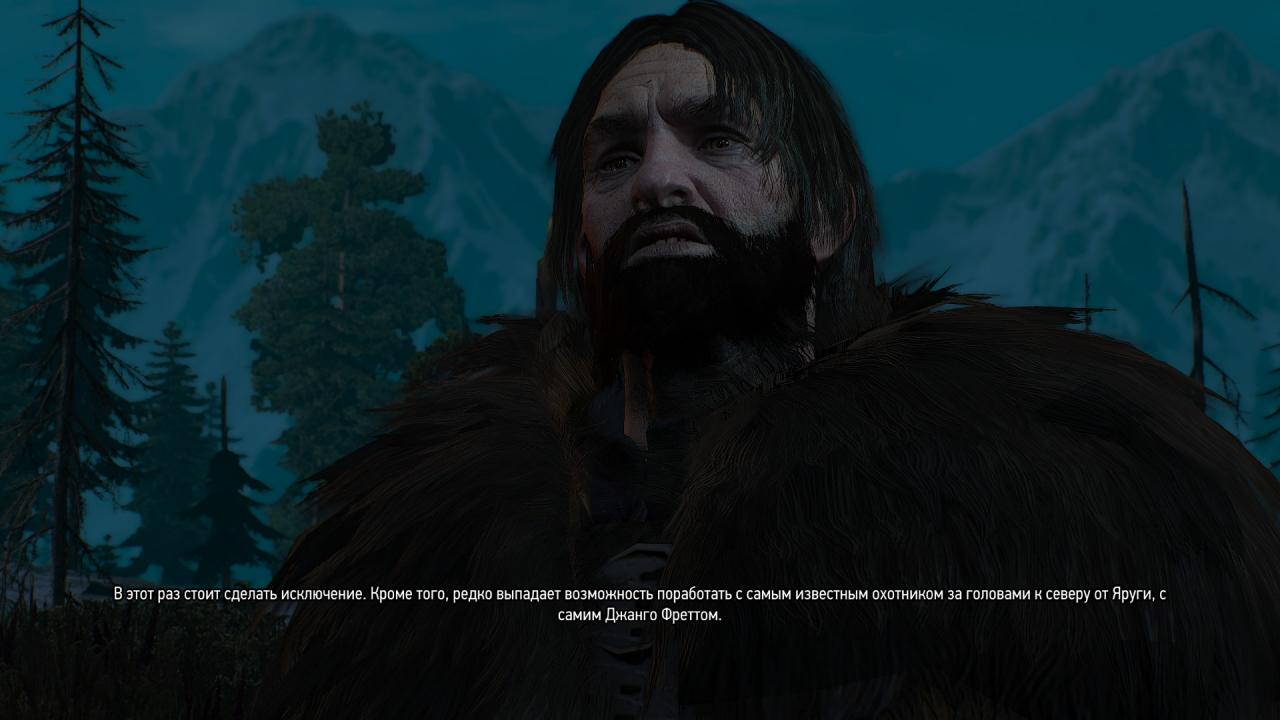 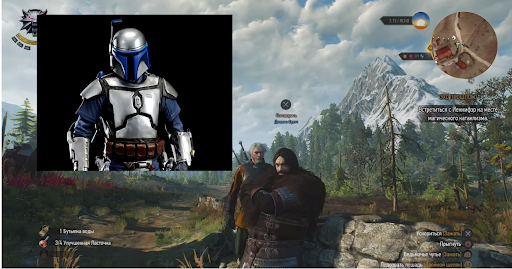 A reference to Monty Python
At one of the caves, we can find several skeletons and pools of blood.. In the middle of it all sits a white hare. We can see a similar scene in the movie Monty Python and the Holy Grail.. The rabbit is really dangerous! 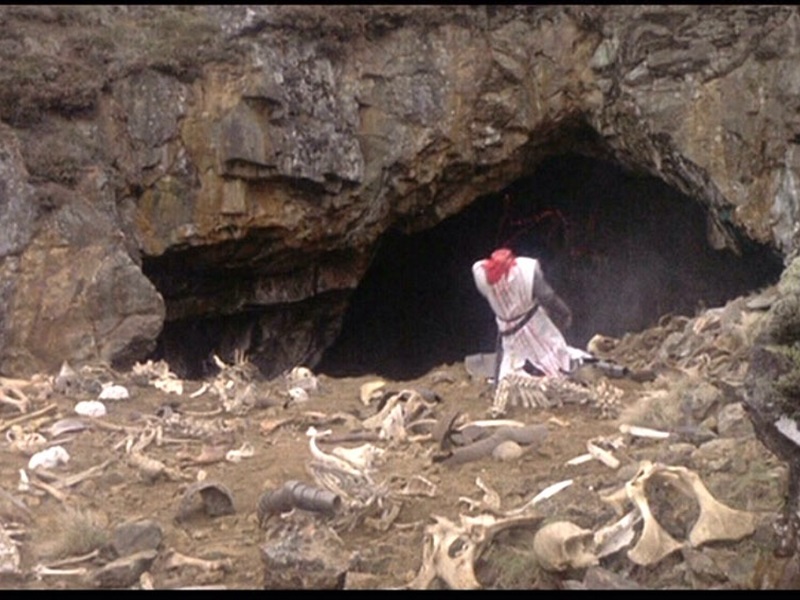 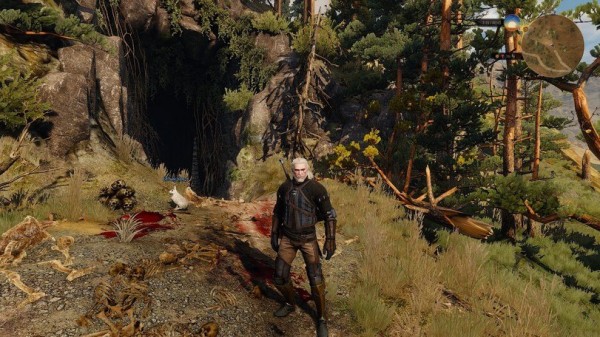 Sword in stone
In addition “Hearts of Stone” Geralt finds the poisoned sword of the snake school. This sword looks just like the legendary Excalibur, which according to legend belonged to King Arthur. 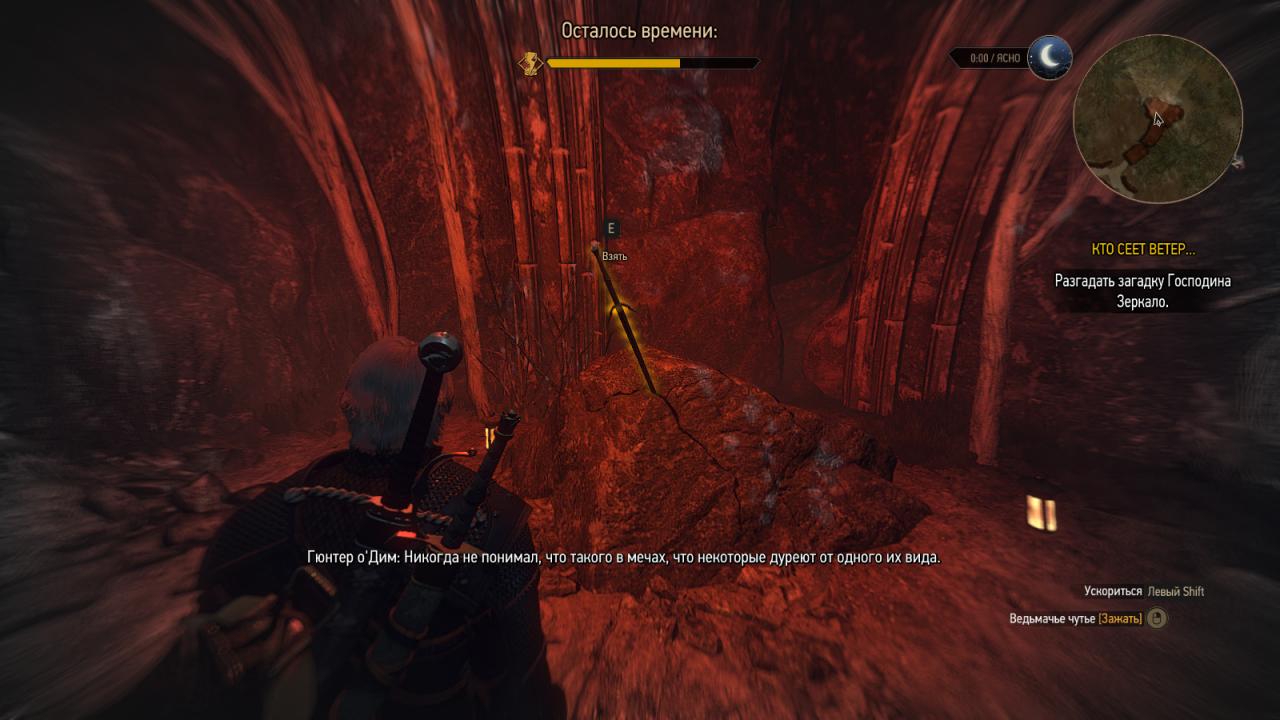 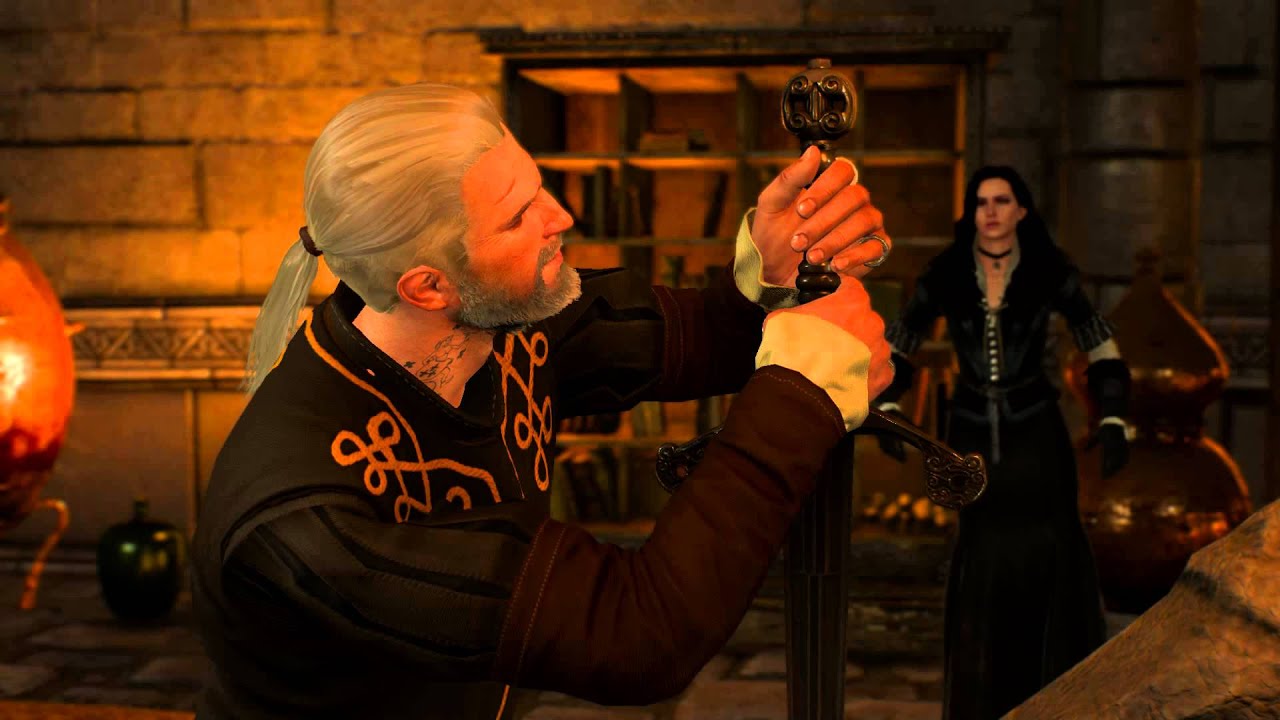 Game of Thrones reference
In the process of exploring one fortress, we may stumble upon an unusual prison room. This is an open prison with no walls, but getting out of it is much more difficult, what it seems. After all, she is at a great height! A similar prison can be seen in the famous TV series Game of Thrones.. 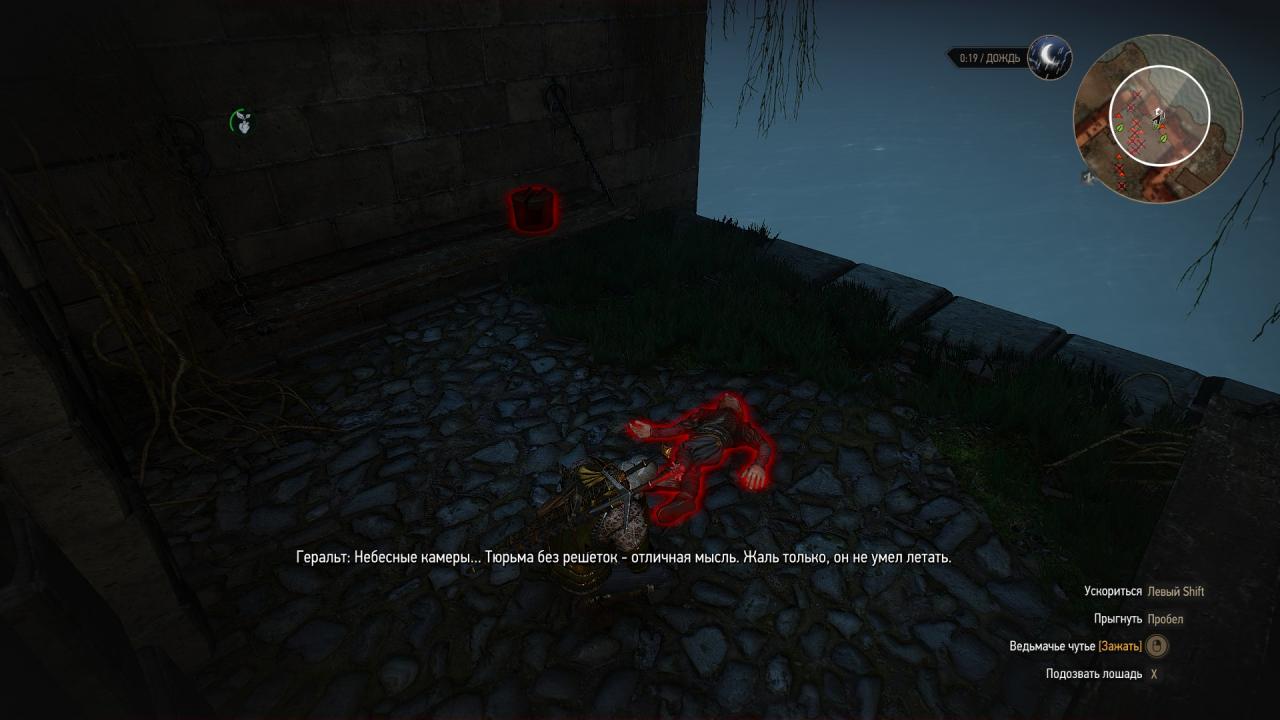 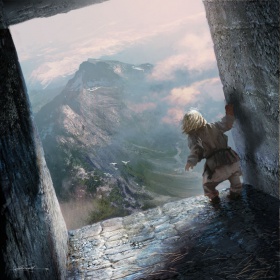 A reference to Skyrim
One of the gwent cards depicts an archer with a quote “I always hit my knees”. This is a clear reference to the archer from the old scrolls., who complained, what “Once upon a time he was led by the road of adventure, and then they shot him in the knee”. 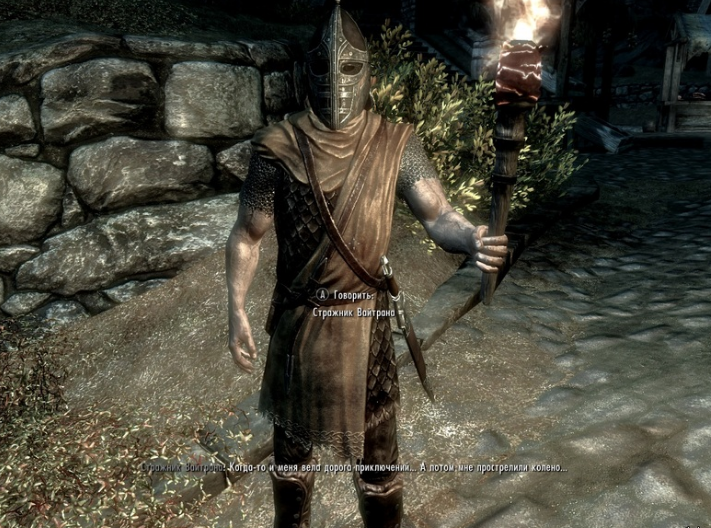 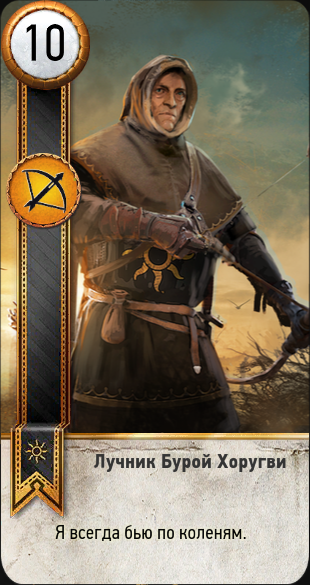 A reference to Harry Potter
In addition to Stone Hearts, when we get to the auction house of the Borsodi brothers, we can see many different exhibits. But it is the goblet of fire that is the most interesting of them., because he makes us remember the eponymous part of Harry Potter. 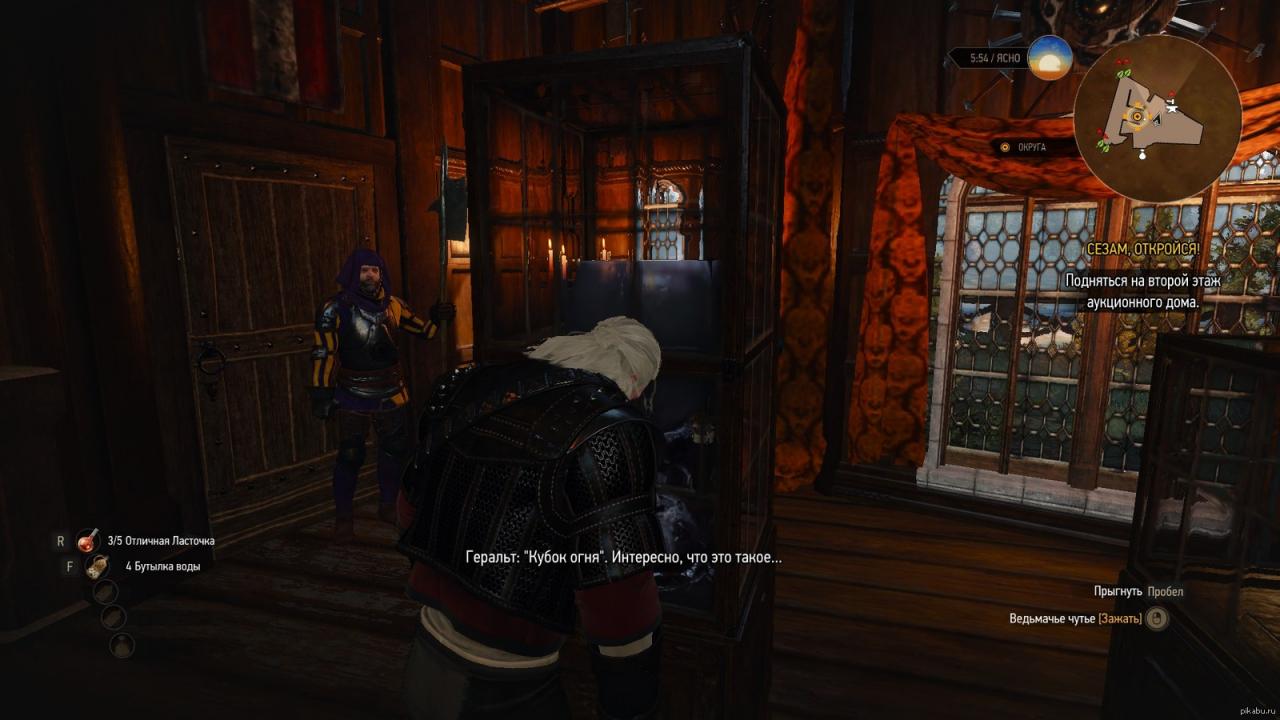 Link to Portal
Surely many of us have played this puzzle game., as Portal. The Witcher found a place for this reference.. In the assignment “Turn” we are faced with a huge number of portals. If we find the right way, then we get into a room with a white box in the center. Bloody hearts are depicted on each side of the box.. All fans of the game from Valve have already understood, what is it Companion Cube. A little further in the room is a chest, which contains the cake. 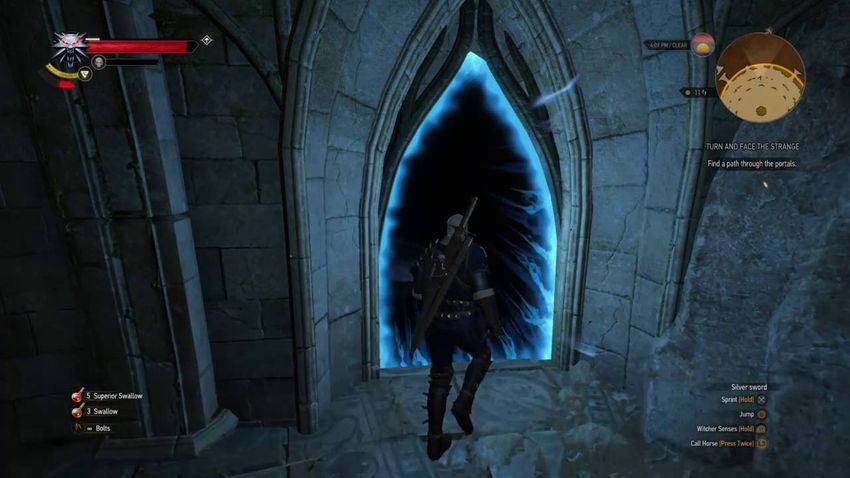 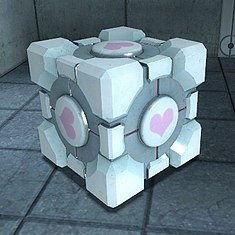 Selfie Developers
Geralt may end up outside the map in an illegal way. And instead of dragons in uninhabited territories, we will see a huge picture. When using witcher instinct, some of the members of the CD Projekt RED team can be seen. This reference is made for the most curious and loyal players.. 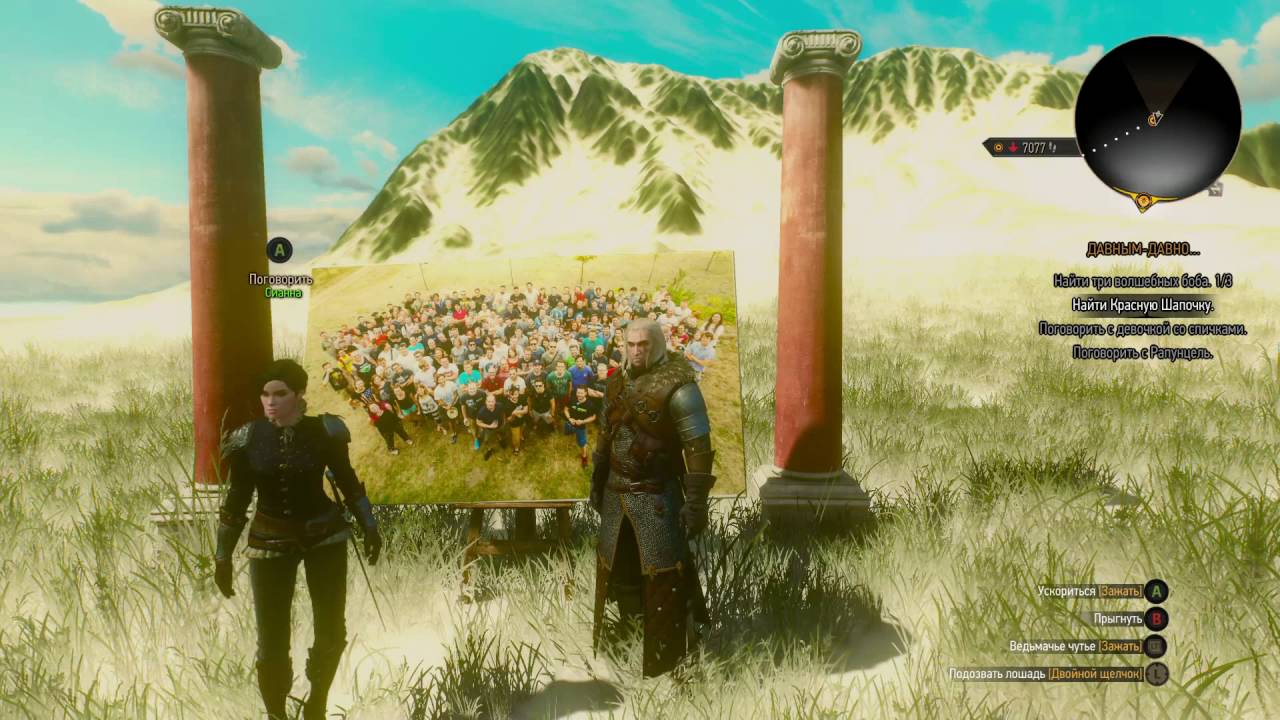