This is my guide to the realistic difficulty challenge for the Deus ex Revision.. Game version 1.30. Date of writing: 04.01.2022.
It is advisable to pass tests on a lung, to understand the map and the essence.

1. Test "Air!» (Duck!).
IMPORTANT TO PLAY IN NORMAL MODE!
The test is not very difficult, the main thing is to understand, that missiles are firing ahead of time, not in JC himself. Personally, I did this: saw, that the missiles took off and immediately changed the direction of movement (jumping helps).
2. Test "Don't panic" (Don’t panic).
I think, that there should be no problems.
3. Plasma Donor Test (Plasma trading)
From the start we run to the stairs and shoot back. 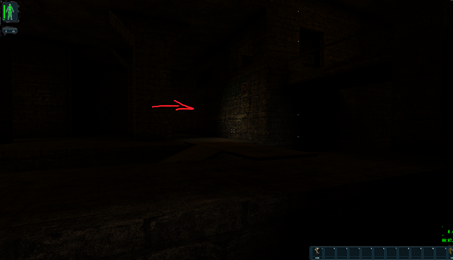 Position is good, no one will come from behind. Plus there is where to retreat.
4. Test "Start Elimination".
Can't tell where the girl is standing, I was in a restaurant, on the kitchen.
If you have problems with the search, turn on Biomod, find the rail (plasmogan from biomod) and looking through optics.
5. Endurance Test (Stamina)
IMPORTANT TO PLAY IN NORMAL MODE!
Easy test, but the problem is the timer. 5 min. I'll tell you my route.
There is wheatherpan / 0451 terminal in front of the lasers on the right Disable the turret.
The next terminal in front of the gray ones lab12 / graytest We run past the gray ones without forgetting to close the door behind us. Disable the panel in front of Page. We run to the left and destroy with one rocket 2 spider-bot, we close the Criminal Code, password from all doors in front of the Criminal Code 1234.
We return to the corridor from which we came and with the help of the GEP rocket launcher we destroy the turret above the right corridor. In a room with 2 with bots we put LAM on the floor in front of the upper robot(It's important not to get too close) Turn off the installation. Password 7243, destroy the second robot using GEP. IMPORTANT: WHERE WAS THE BOTTOM BOT INSIDE THE SUIT- WE TAKE IT.
Next, we break down the door 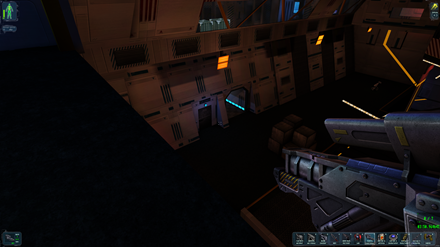 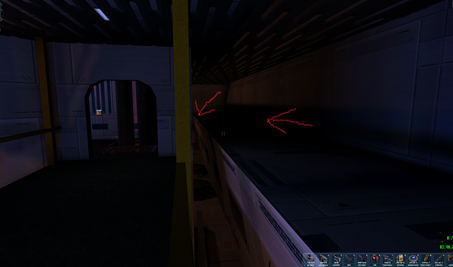 Don't forget to put on a suit. The room will need to be healed through F2. The grays are easiest to kill with a machine gun.. Disable 2 installations and 1 OK. 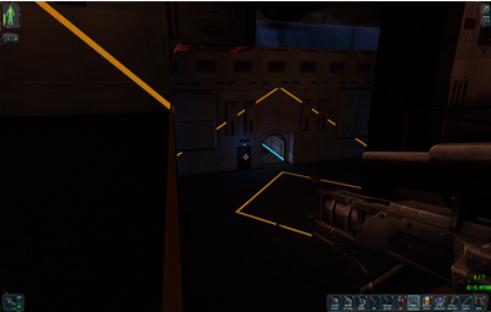 Breaking down the door to the last UK, and clear the area before the last installation, just kill the karkian and turn off the fly to the last UK.
6. Mission of Rescue Challenge
As in the original game, you need to open the bunker of scientists (destroy 4 bot). As soon as we opened the bunker, we do not run into it, but to the right, to a small building, go down and find Ford, carefully below there will be guards with a flamethrower.
7. Raid Challenge.
Nothing complicated, the only problem is, what after the garage, there is a bot in front of the main building. To do this, a partner runs with you with GEP.
8. Test "Implementation"
The main problem is, that the box is random. I pumped the skill pistols on 3. Disable the first bot with a grenade, run to the center, go into the room and reprogram the bots(It is important not to leave immediately through the laser alarm, mk turrets will destroy the bot).
The box found it on the tower, where are the snipers, yet 1 a possible option opposite the room where the woman is in black.
9. War of Destruction Challenge
IMPORTANT TO PLAY IN NORMAL MODE!
Let's go hard tests. Little can I advise. The main thing is that you need to shoot from behind cover using the slopes Q and E(I only used tilt to the right) and remember the number of enemies in the rooms.
10. Assassin challenge.
It is advisable to play on Normal
Also a random and difficult test, because there is no cartridge, and you have to loot corpses. The main thing is to try to keep your distance and kill 1-2 shots. Triad Soldiers Priority, military and police. If you are lucky and a flamethrower or plasma gun will drop out, it will be easier.
I killed Max with the GEP, I pre-pumped the Heavy Weapon skill to 4. I cleaned the entire first floor and entered through the mirrors
From Indalamar