Level: 12.
Where to find: Hinterlands, we go from the camp near Zakatnoye to the northeast into the passage between the rocks.
Element and stability: the fire.
Vulnerability : cold. 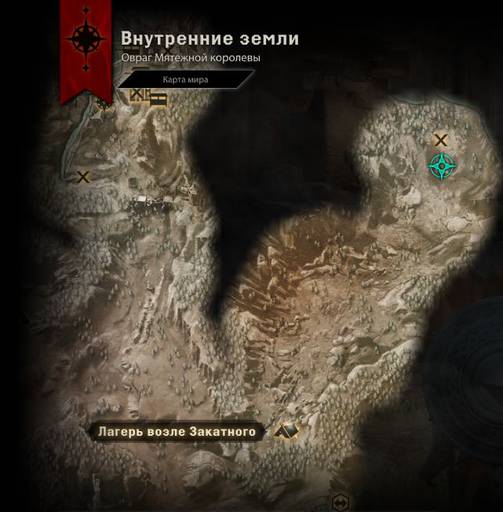 Our first trophy dragon may be the Ferelden Frostbite, inland dweller, in the valley of Lady Shayna. She has resistance to fire, but weak to cold attacks. Little dragons are constantly running next to her - you can kill them or leave them unattended. I recommend taking Iron Bull to battle.

Since this supreme dragon has a weakness for cold, then you should equip your party with weapons, on which the runes of cold are applied. Watch the dragon's feet in close-range combat - the beginning of such attacks is easy to spot, and therefore it should not be difficult for you to dodge them.. You better worry about the tail kick, demolishing a considerable amount of hp from your characters at once. Beware of the fiery breath of the high dragon. The Ferelden Frostbite will carry out this attack quite often.. However, her main attacking ability is to spray fire over a huge area.. Hiding from this attack won't be easy.

Level: 17
Where to find: Storm coast, First of all, you need to storm the fortress of Derwin's Estuary in the west. There will be a boat at the far dock, which will move to Dragon Island.
Element and stability: Electricity.
Vulnerability: Spirit magic. 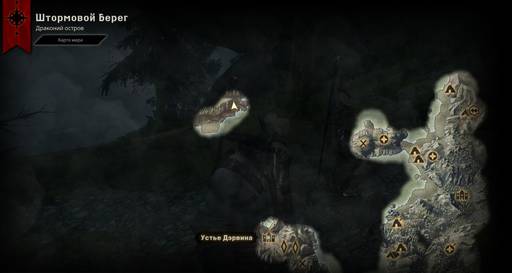 Advice: Often cuts in defense and generally behaves quite mobile. Doesn't like to fly, there is no mass stunning either, instead there are electric bombs and breath. Knows how to create an electric storm on the field.
Winsormer is a very active opponent, loving to attack less defended robbers and mages. Her strong roar can deafen the whole party.

Level 14
Where to find: Western limit, southwest. To call this beast, you need to complete the quest of the dragon master Frederic, which stands near the camp at the Nazer pass. Having dealt with the bandits, we will have to find the Tevinter tome about dragons (these things lie in the Windless Ruins in the left room on a pedestal). After translating the tome, you will need to place the bait on the plateau south of the camp and the dragon will appear to get acquainted.
Element and stability: the fire.
Vulnerability: Cold. 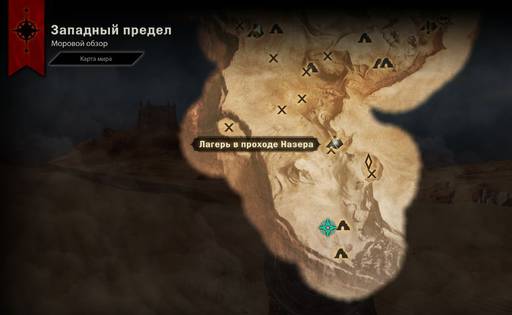 Advice: The dragon is very fond of her fiery breath and is not going to fly away from you anywhere. Sometimes uses defense, but generally inactive. During the battle, try, so that the tank distracts all the attention of the highest dragon on itself. Desirable, to wear armor with fire resistance. The rest of the party must hit the dragon's limbs. Heroes, long range attackers, it is better to place from the target as far as possible, as Abyssal High Dragon often launches fireballs at her foes, which do huge damage. She makes other attacks with her legs and tail.. During the battle, the high dragon beats its wings several times, creating air vortices and a kind of barrier, does not miss ranged attacks. At this moment, you can get closer to the "Deep High Dragon" and try to inflict maximum damage on him in a short period of time. But before attacking, make sure, that the scale of concentration is completely full.

Level 19
Where to find: Emprise du Lyon, west. The area becomes available after the completion of the operation at the headquarters of the command to restore the destroyed bridge - west of the camp at the Tower. Besides, the task of killing three dragons is given by the commandant of the fortress (if you have already cleared it from Imshel and the Red Templars). Hyvernal lives on the summit of the first of the three Colosseums.
Element and stability: Cold.
Vulnerability: the fire. 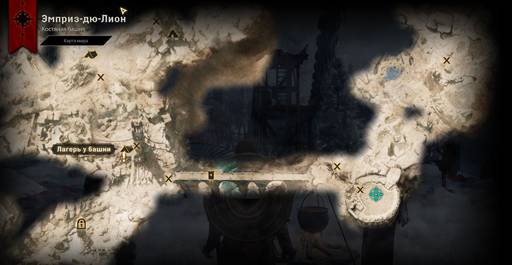 Advice: Often uses Blizzard's massive AoE attack, which freezes and deals damage over time. Take off at least 3 times, freezing breath on decline. Does not use defense, no cubs. Use fire magic actively, and runes with fire should be applied to the weapon. 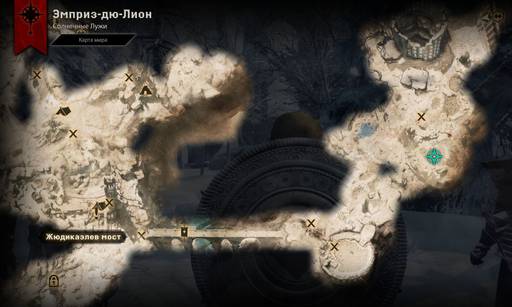 Advice: Has a fairly strong mass attack, summons at least two cubs. Flies away several times and uses defense. Kaltenzan's attacks are similar to those of Hevernal, truth, her icy breath lasts a little longer. In addition, she often jumps and is very active., so get ready for, so that the battle can drag on. You will need more than just healing elixirs in battle, but also regeneration potions and healing bombs. You shouldn't get "Kaltenzan" under the belly. Once her health bar falls below fifty percent, she will emit a powerful roar, stunning the whole party and calling on the dragons for help. 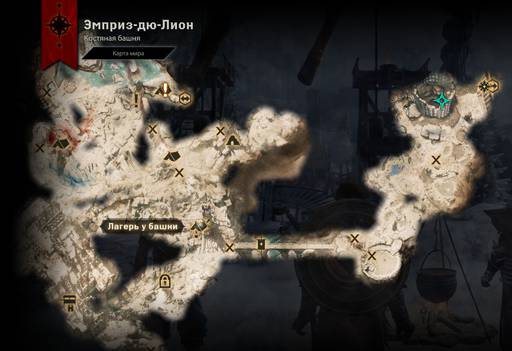 Advice: Has a fairly strong mass attack, like Kaltenzan, this high dragon is capable of roaring loudly, calling for help. The dragon can also create additional armor for herself.. This infernal creature loves to jump and deliver his attacks right in the jump.. Its distinctive feature is the ability to call a circle of fire right under the feet of the heroes. You will have no more than three seconds to take the character out of the blow.

Level 15
Where to find: Sacred plain, we go northeast. To open a passage to the desired area, you need to complete the operation in the rate for clearing the passage. The dragon lives and enjoys life in the farthest part of the swamps.
Element and stability: Electricity
Vulnerability: Spirit magic 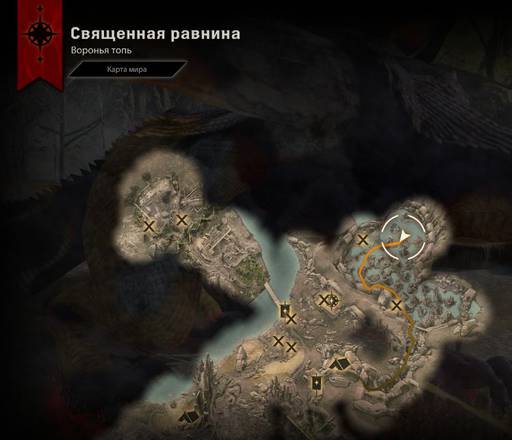 Advice: Loves to throw electric bombs, moreover, if it gets into the water, little damage will be done to you, even if you are standing at a sufficient distance from her, but in the same body of water (the laws of physics about electrical conductivity, to her). Also flies into the air at least three times, to try to "fry" you with electric current from a distance with bombs. Does not use defense. Melee warriors must be tanks, since their attacks will be useless in most cases.

Level 17
Where to find: Emerald graves, we go north from the camp in Kamnezhuti to the cliff (landmark - big white tree and ruins)
Element and stability: Cold
Vulnerability: the fire 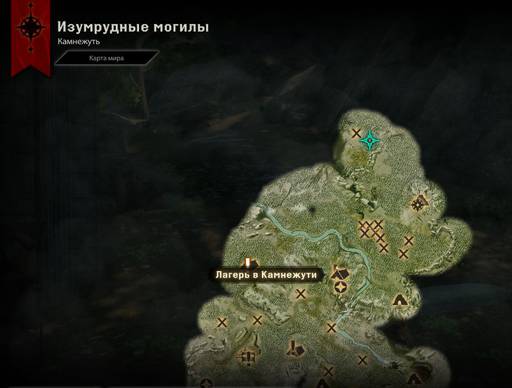 Advice: Mistral we have a fan of flying. Ice bombs will fly at us from above, but they don't damage that much, to be very afraid of them, and small cubs will not attack us, so you can run a little. Defense uses, although rare. Ice breath is especially dangerous, who can easily kill a dead archer, and so a simple dragon is enough. To reduce damage, obtained from attacks of the "Great Mistral", you need to equip your companions and the main character in armor, cold resistant. Like other high dragons, she sometimes creates swirls with her wings.

Level 13
Where to find: Crestwood, southwest of Three Trout Farm Camp. On the way, you will meet a manor at the top of the slope - from there you can see the ruins, in which the dragon lives.
Element and stability: Electricity
Vulnerability: Spirit magic 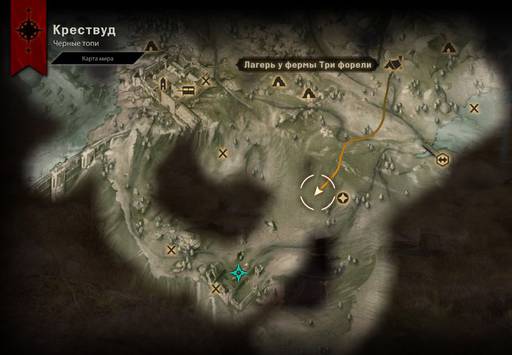 Advice: Attacks the Northern Hunter with lightning. No defense, does not fly away. Distinctive ability: knows how to create an electric "storm" on the field, which is attached to each of the party members and lasts for some time, periodically activating the "chain lightning". Try to avoid its blows with tail and legs, and also try to rebuild, when you see, that the dragon is about to electrify you. I advise you to take two magicians to the party, able to support their comrades and inflict Spirit damage.

Level 20
Where to find: Свистящие пустоши, west of Sand Cliffs camp. The dragon sleeps peacefully in front of the entrance to Fairel's tomb. If you complete the quest, it will be difficult to miss such a sight.
Element and stability: the fire
Vulnerability: Cold 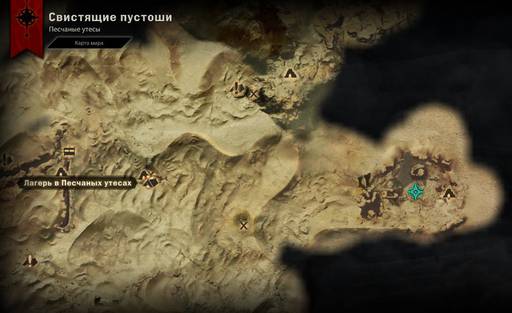 Advice: The dragon does not fly away, but behaves very mobile. Actively cuts in defenses and often summons cubs. Applies fire breath and sets the area on fire with bombs.
From Nightmare