Guide for easy passage of the game for Peach

This guide is my first and may not be perfect, so do not judge strictly. Briefly, then I decided to write it after a successful race (and there was no damage at all), and the idea of ​​tactics appeared quite by accident. Well let's get started. 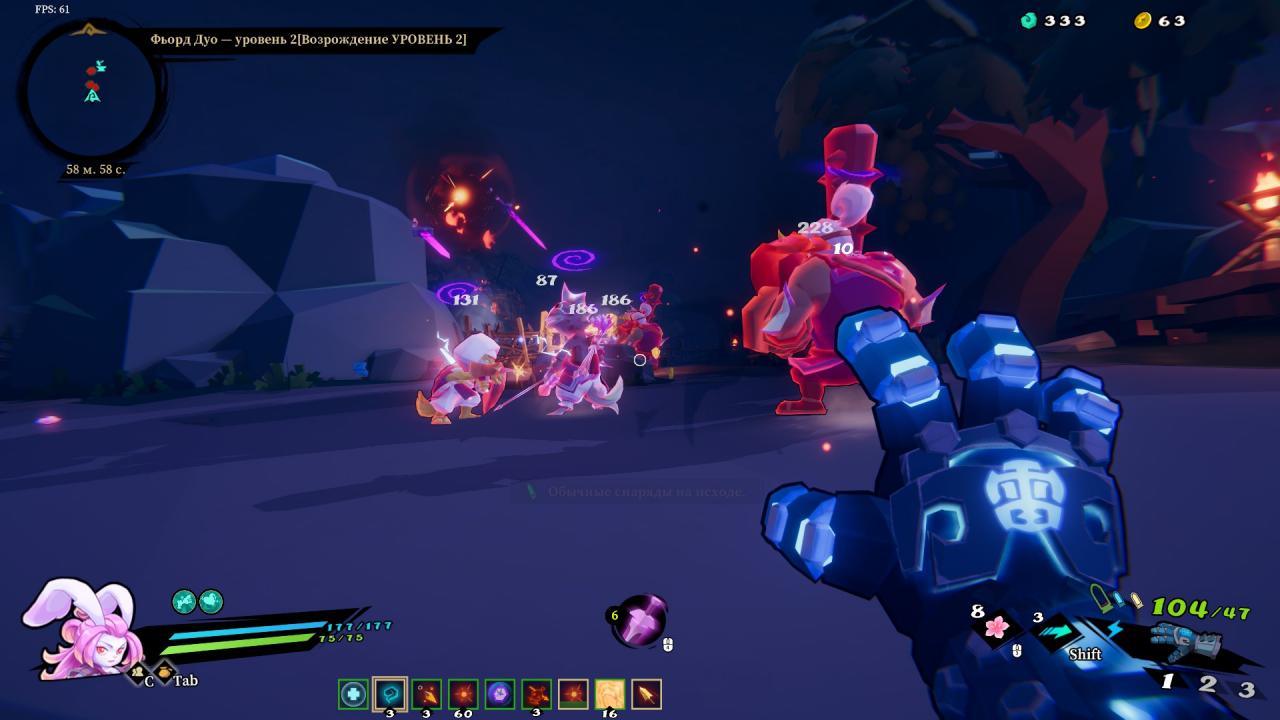 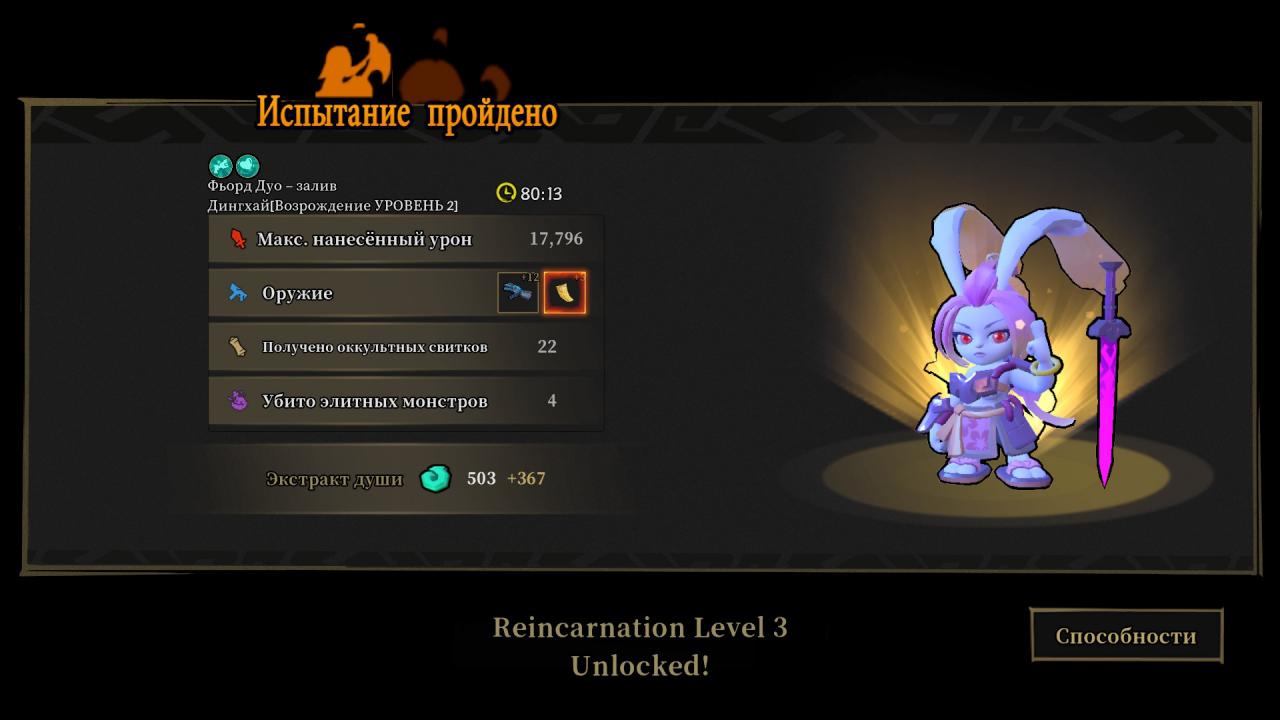 pros:
+ All enemies will almost always be hypnotized., as a result, no one will harm you
+ High abuse in the team х2-4 (there are always a lot of mobs in the cooperative)
+ Relevant at high difficulties
+ Available early in the game
Minuses:
– Manipulation does not work for elites and bosses
– Starts working only with 2 stage
– A lot of money needed
– Random (from good guns to waste of money)

Peach – new character, so there are no guides for it yet (or a little). I chose it as the main one only because of two main features.: ulta and one advantage. Briefly, then the ulta becomes stronger with a large waste of ammunition, and they depend on it 11 benefits from 18 (ulta is very important). Second, advantage “Art of War”: improves accuracy, rate of fire and adds ammo, if you spend a lot of them per second. Eventually, sprayers and submachine guns are suitable for her, but for hypnosis it will definitely come in handy.

As I wrote earlier, her main weapon will be a submachine gun or spray (you can also have a machine gun, if the inscriptions are good). Additional you can take to your taste, but it is better to spend large cartridges, so that her bonuses work a little.
By choice, guns can be divided into 2 stage: first in the tomb and second after the first boss.
At the first stage, however, the choice of guns does not make much sense. (the main thing is to shoot quickly). If you're lucky, then you can take the main cannons from 2 stage + “Scalpel”. 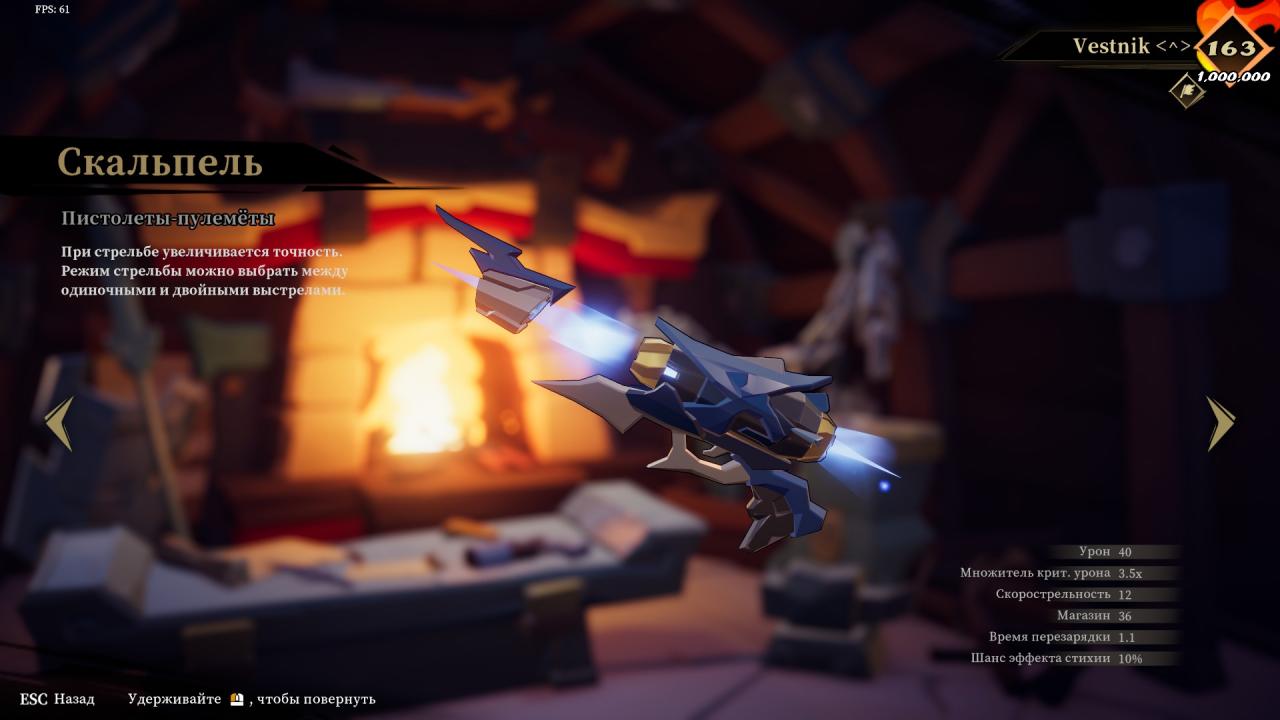 Second phase – it's fun time. You need to completely decide on the main gun, otherwise you can go bankrupt. Here from the best only 5 (as the recommendation is downgraded):
1) Thunder Gloves (when hitting one, others are also debuffed)
2) Double canine (the chance of hypnosis will be less, but the effect of miasma and explosion will appear, which is also very good)
3) Demon Science or Laser Gloves (just a lot of damage)
4) Star eater (if only he is:-)) 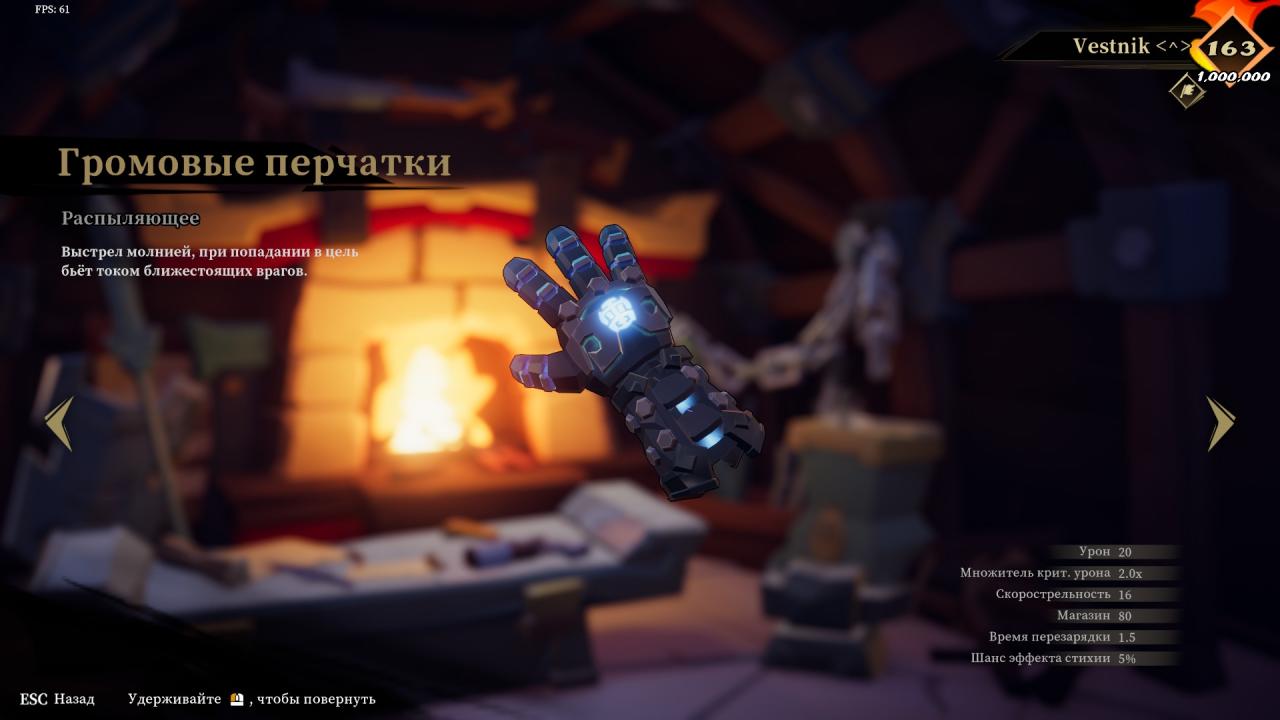 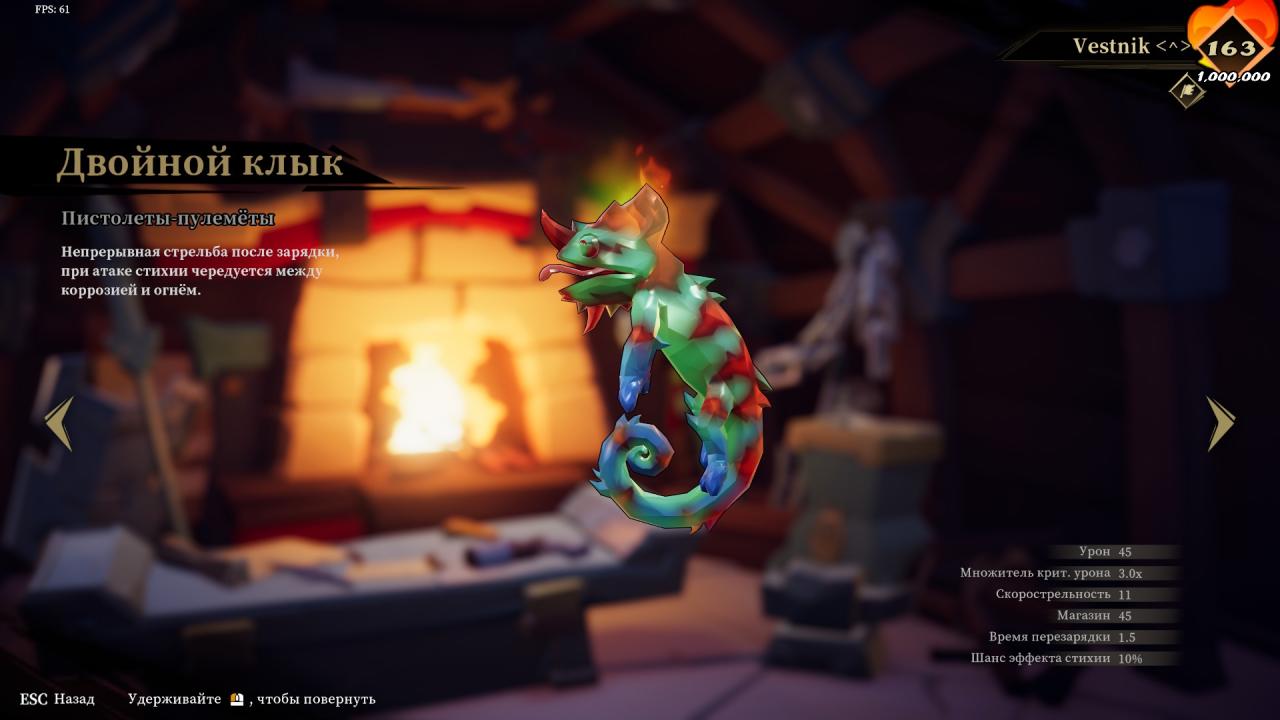 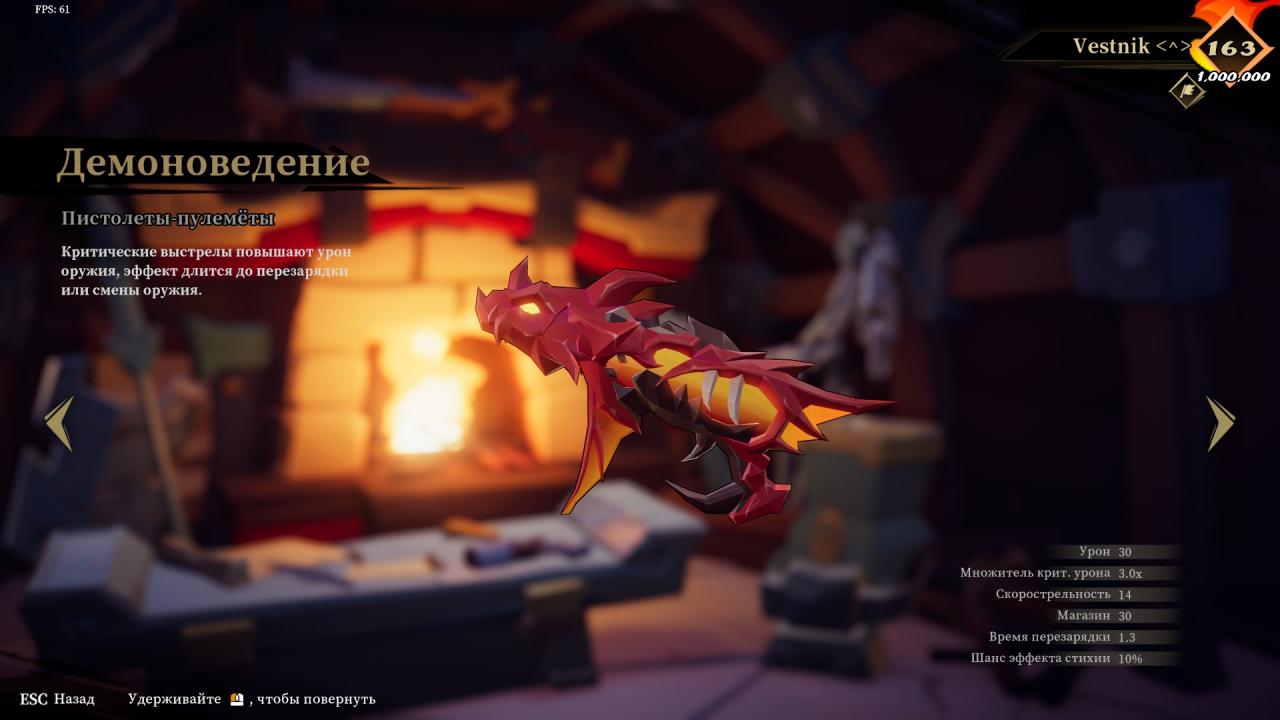 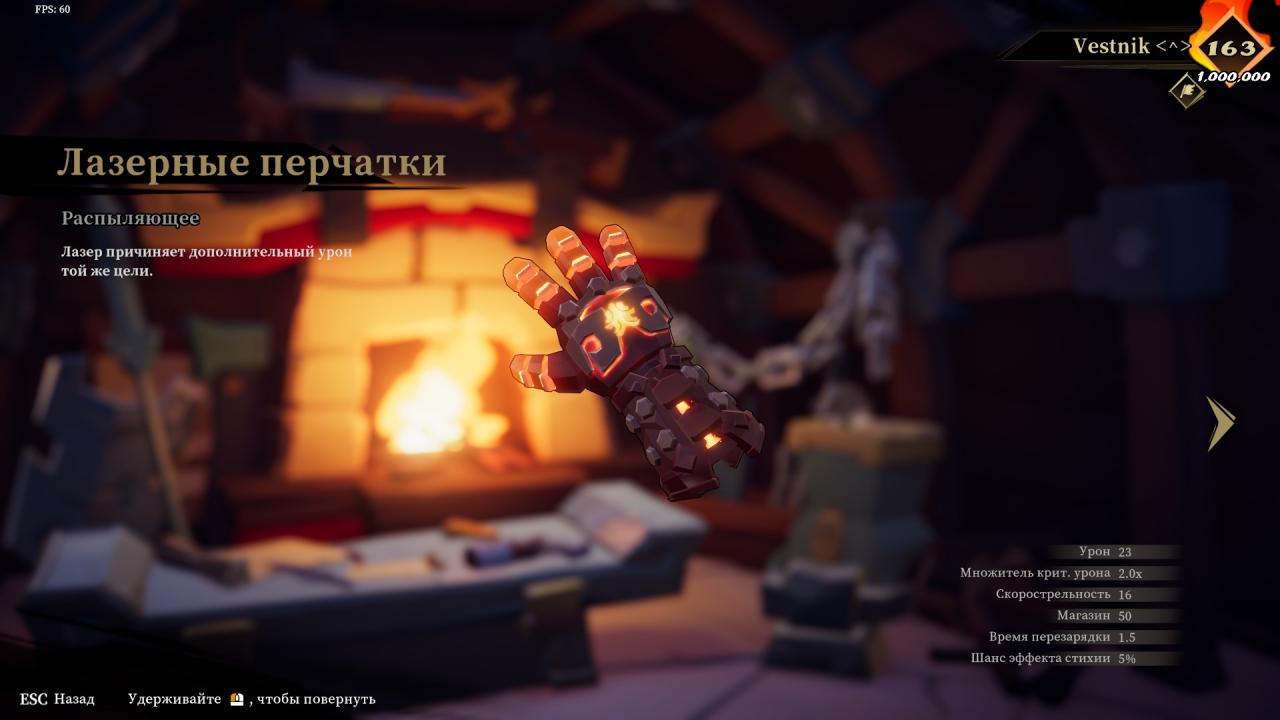 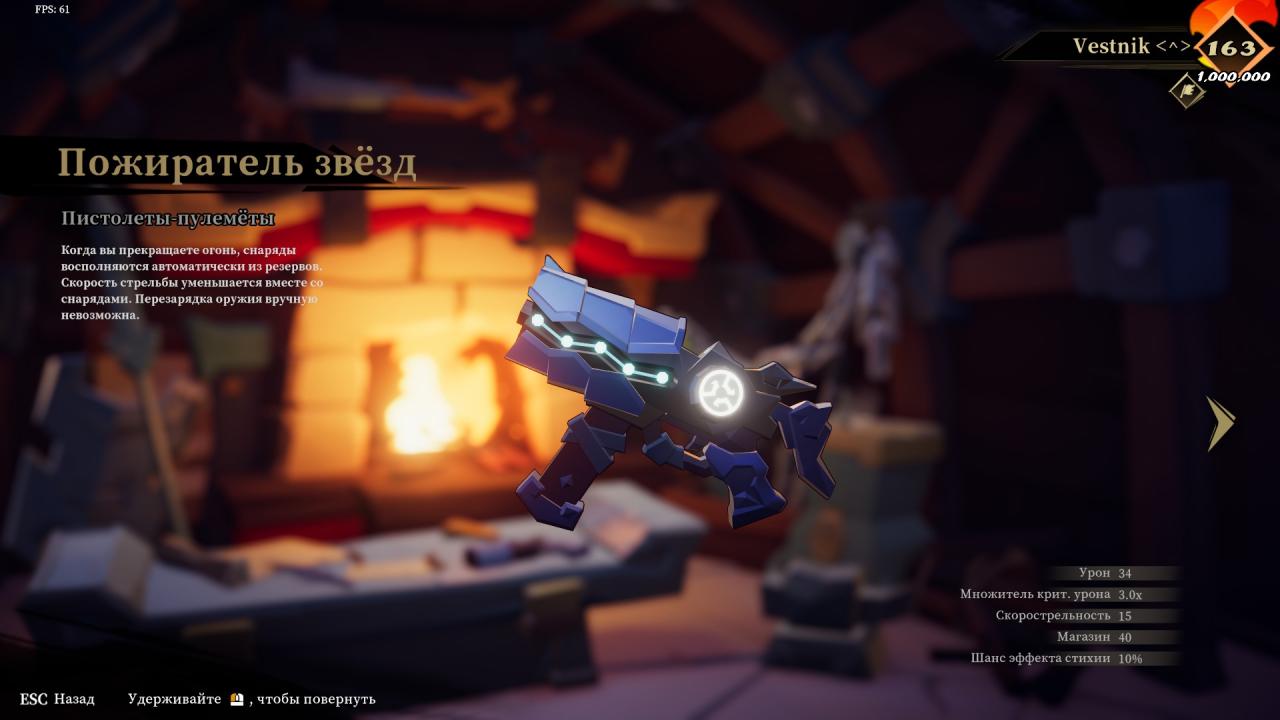 (And further. There are a couple of random nuances with the main weapon.. On high difficulty, you need to find a good gun as quickly as possible and swing it to the fullest at the blacksmith, therefore, there are problems with the choice of guns. Generally, if your weapon is not from the list, but has very good inscriptions, rate of fire and the right element, then take it without delay.)

Additional weapons can change in the bay, therefore there is a completely free choice, although i recommend “The letter of the law”. The main thing here is to choose the right element.. If the main electrical, then the additional must be fiery and vice versa. 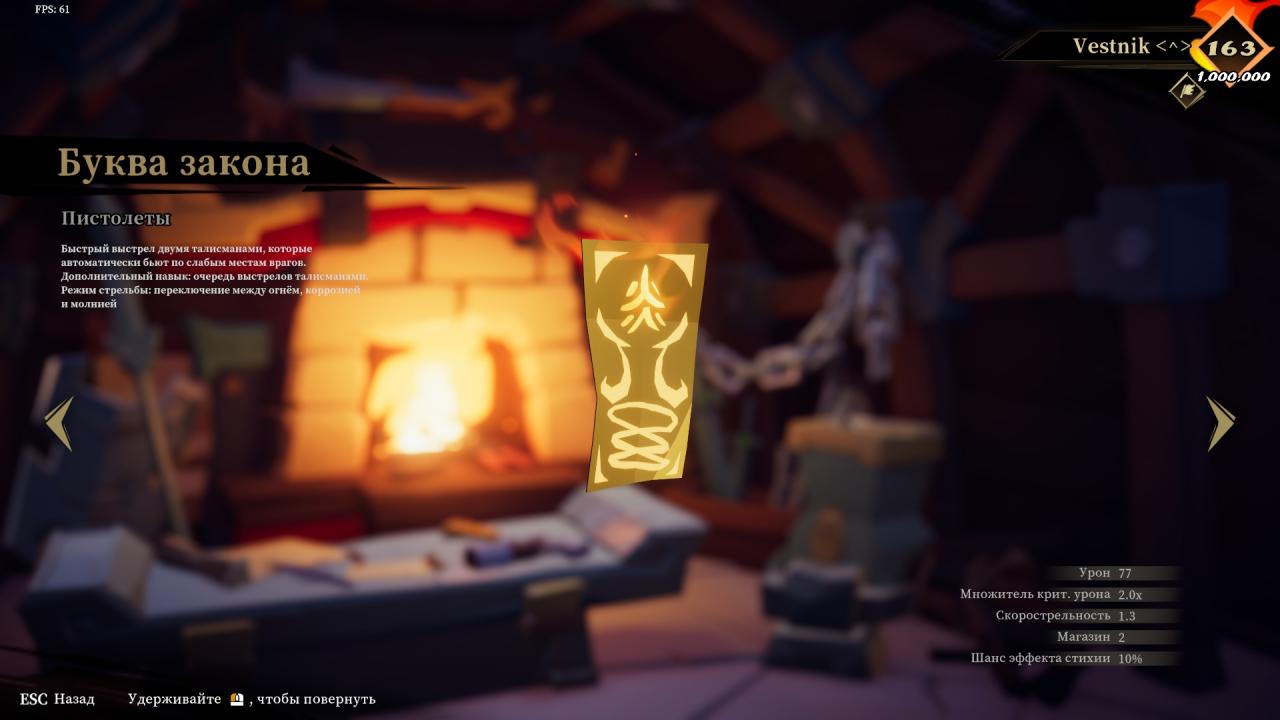 Further, when did you decide on the weapon, have to search “Masters” and reforge to one twin lettering on both guns “Weapon 1 and 2 have the same elemental damage”. From now on hypnosis will work.. I will note, what after 1 and to 2 boss guns don't have twins, but they have 4 lettering, therefore, when etching at the blacksmith (for a round sum) she will appear. After 2 the boss will not have such problems. That's it with a weapon. 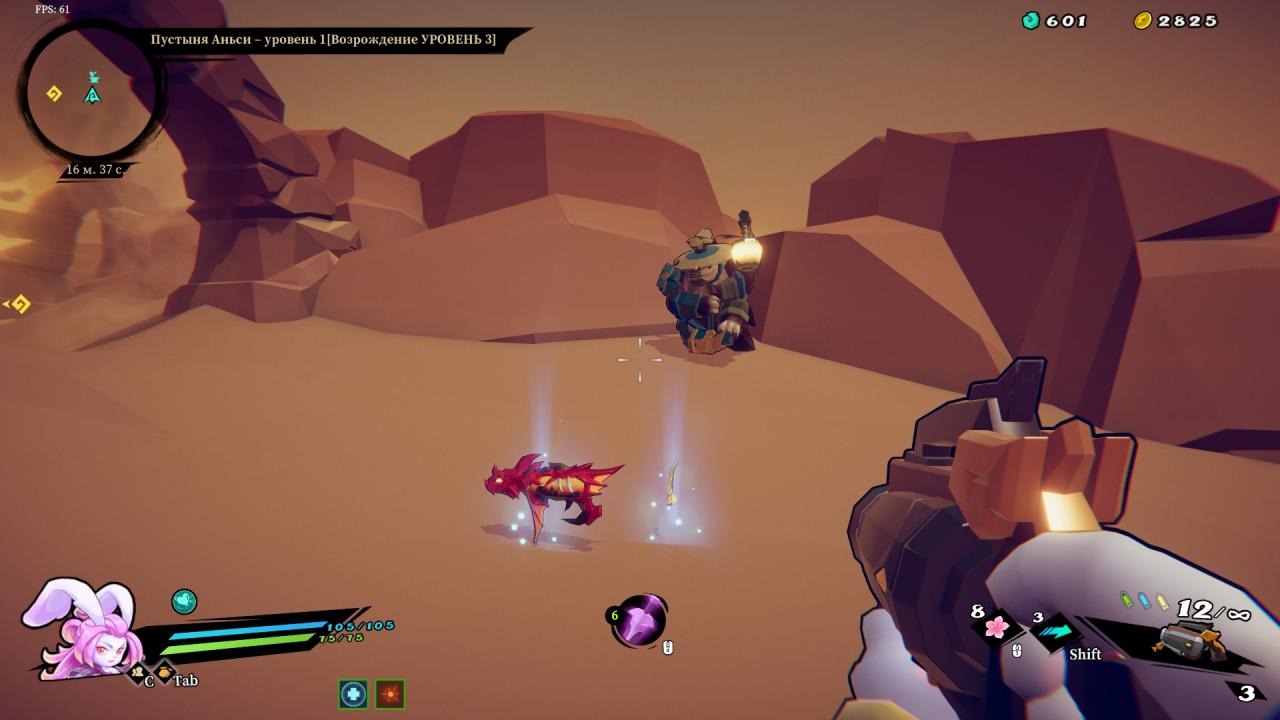 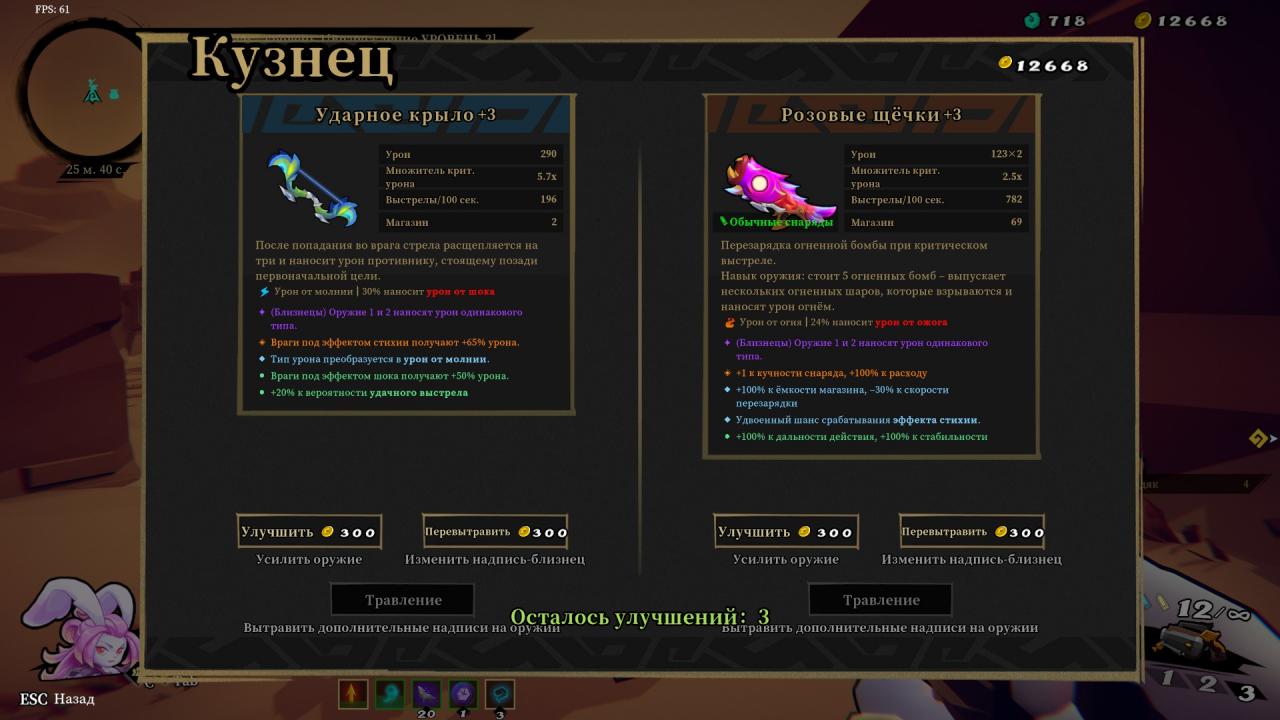 IN 2 races in a row found suitable guns. True, it was not possible to reforge to the desired one on one. Random in short. On average, you need 2-3 thousands of coins in the desert or so 1-2 in the bay (immediately on 2 cannons).

There is no choice. It's a bagel, which means fucking random. It all depends only on your style of play., and usually the choice is given only between 3 I bend. I advise you to go into ammo recovery and elemental damage with a combination of defense.

Below is a shooting gallery. I still evaluate the active and passive skills only as an amplifier of the hero and weapons, and the damage in this case is not needed from them. In my practice, swords were not justified in damage from the desert. (faster olives), and hypnosis allows you not to worry about trifles. I advise you to save up swords to the maximum, and release either immediately after a full charge, either wait for a dangerous moment. The grenade can almost always be used.: she is a good buffer.

(I apologize right away for the crookedness. I figured out the advantages, but I say right away that this is only my choice, but you can choose in another way. Hypnosis won't let you die anyway.)

Well, generally told about everything, what do you need. If that guide can help with the general definition of the game for Peach. In addition, it fits other characters too. If you want to add something or just ask, then write in the comments. In my spare time, I will answer and, may be, I'll redo something in the manual. I wish you good luck with his sample, and I'm going to bomb on third fourth revival. 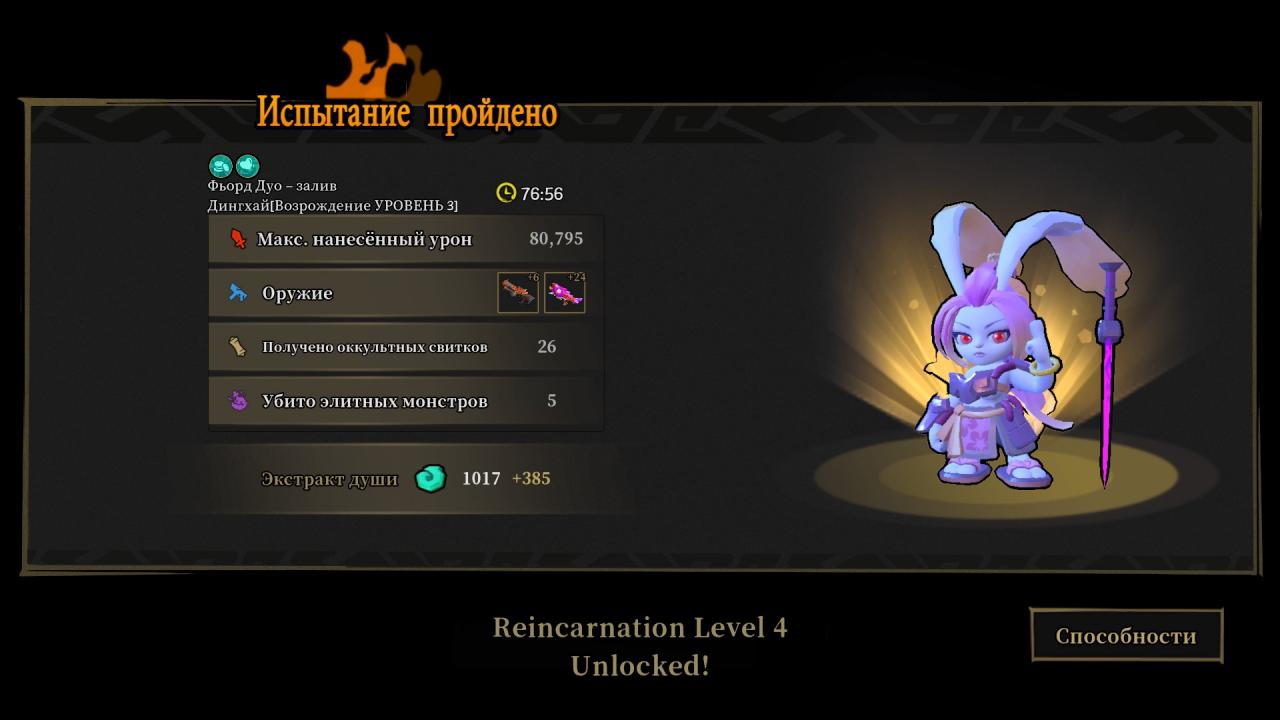 The result of already conscious use of the build. It was impossible to hypnotize everyone., but the fattest enemies simply beat their own, and you can even shoot back to back. understand, that this is still not the seventh revival, but still nice, that the third difficulty was closed precisely by Peach and without an easy coop or demonology with a locker.
From Newspaper <^>