I'll tell, how can you farm a hundred skulls in one card.

In order not to be unfounded. And i'm sure, that this is not the limit. 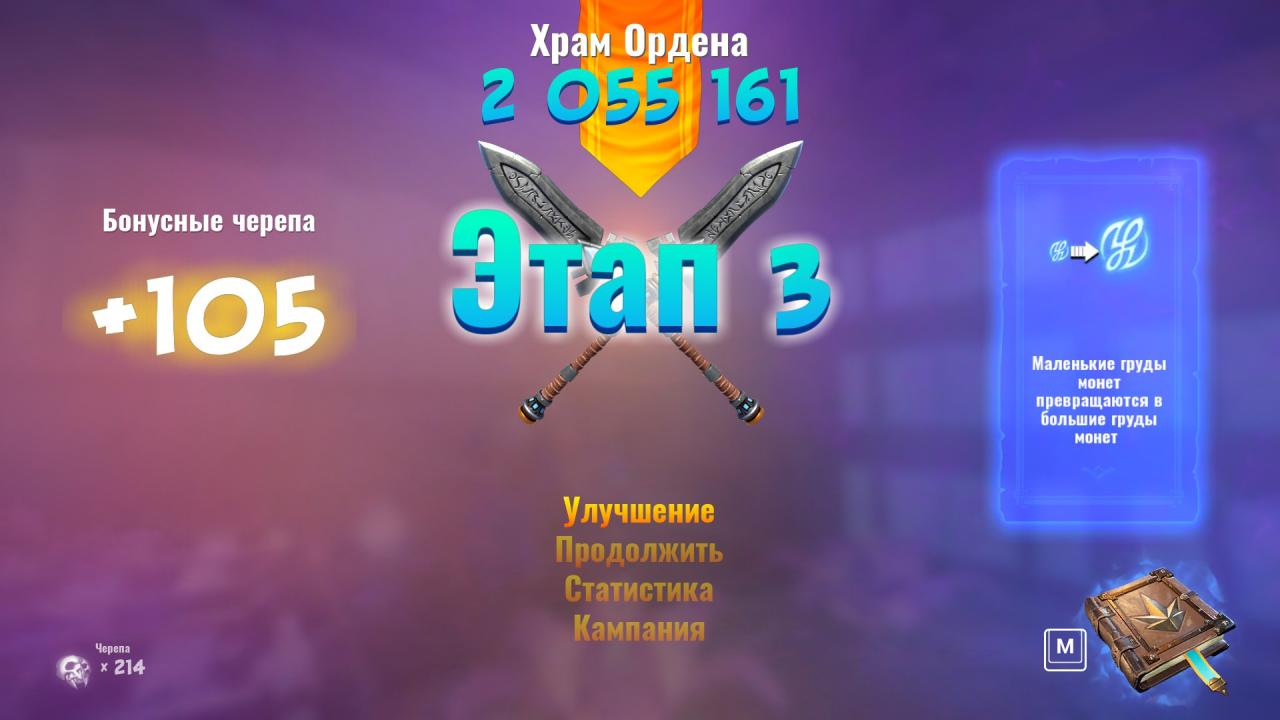 The primary task in kneading mode is to catch the next buff, he forces with 100% the chance of falling objects from the enemy when MURDER in the head, don't believe the Russian translation. 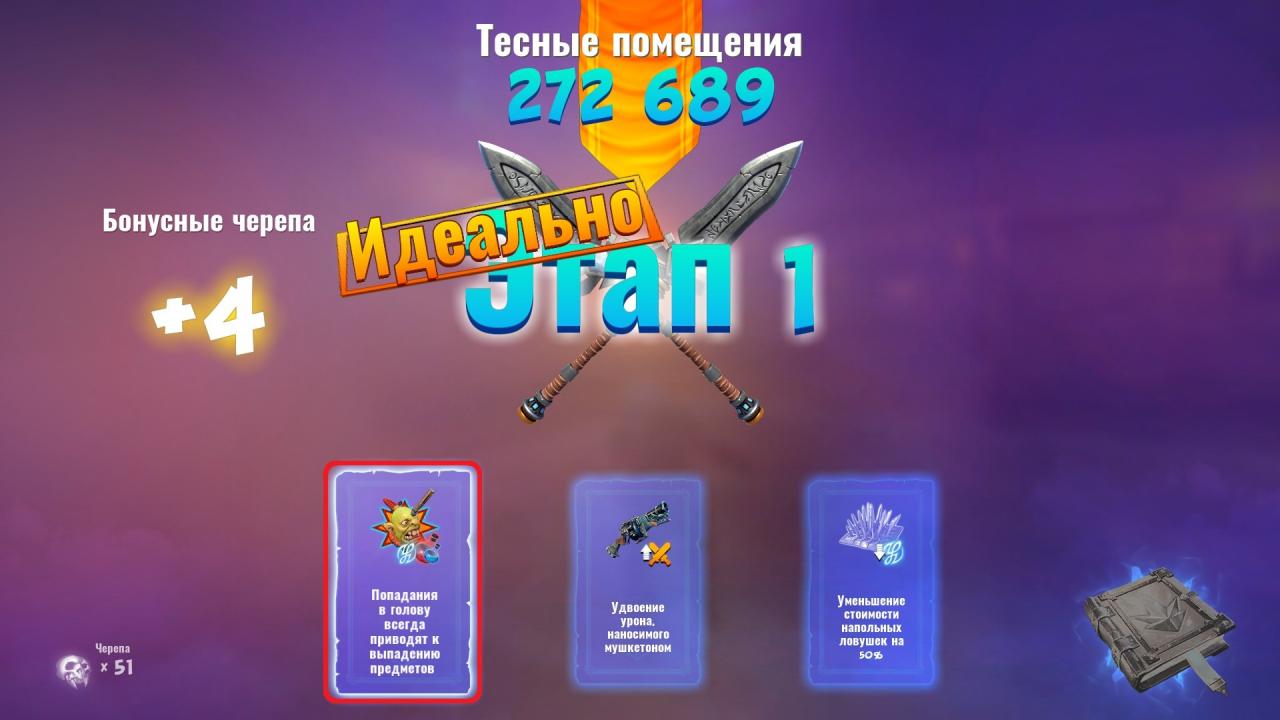 How to find this effect?
You pass the first mission in the batch, and, if the bonus has not dropped, just dump the batch (either through the settings, there is a reset button, or you just enter the second mission and leave it). The batch will end and you can start a new one..

Further, everything is simple, go through the cards, BUT we kill the enemy with our own hands and most importantly in the head. That is, we try to choose non-lethal traps., and slowing down and slowing down. Everything written here should be taken as advice and personal experience in passing, experiment and you will be happy. Next, I will indicate the equipment in descending order of its usefulness.. Again in my subjective opinion.

General recommendations for the passage.

1. Don't try to go perfect. You run out of time for the timer, or kobold on 9 transfer flew to the portal, hammer a bolt on it, you will lose at most a couple of skulls, for that you will knock out much more from your enemies.

2. Banks everywhere. Our positive effect, in addition to a huge number of skulls, will give us an endless amount of cans of mana and health, as well as money, Have this in mind.

3. Play with a friend. Give your teammate a Stone Staff, a jar of baltika nines, I mean the Amulet of Rage, take something yourself, and enjoy life.

4. Lasers Sometimes it is worth putting somewhere above the exit of the enemy, so that kobolds with explosives do not blow up the barricades. And in general, do not forget what else in your book, besides puddles of resin, is 41 trap. 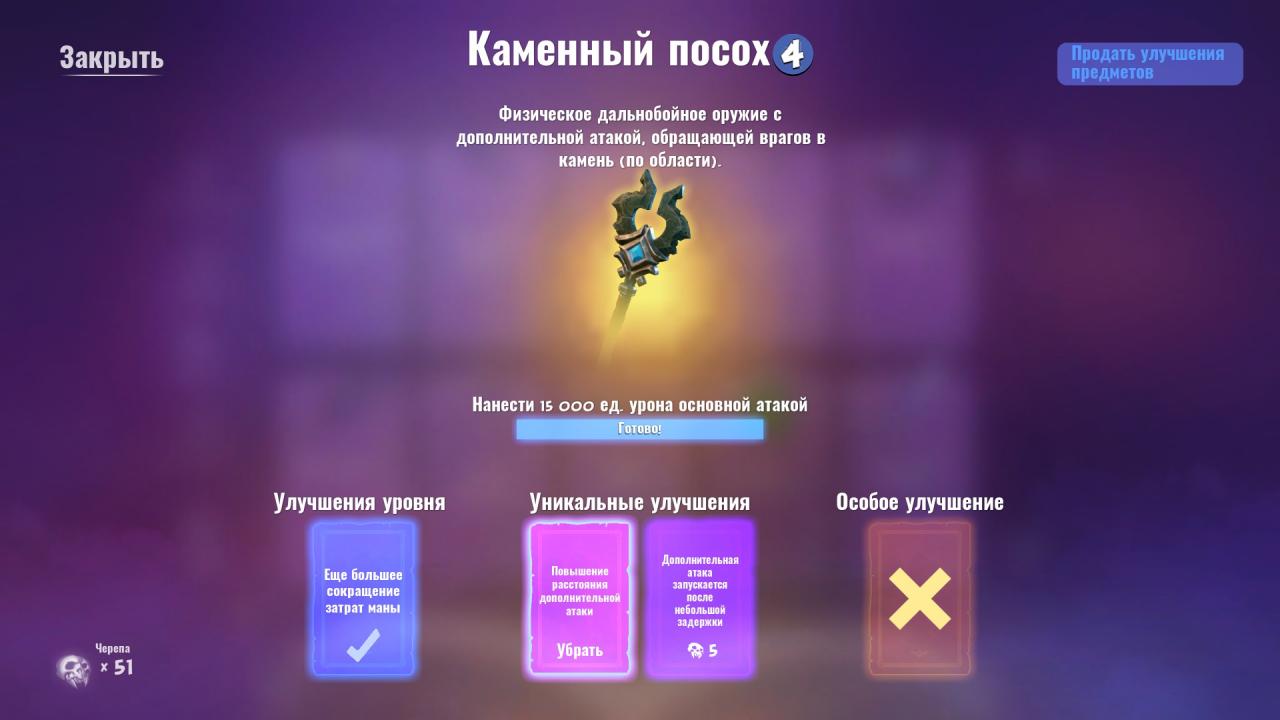 1. Stone staff Will give a very long time. Sufficiently high damage of the main attack and an incredibly strong alternative task for ours. Mast hev. 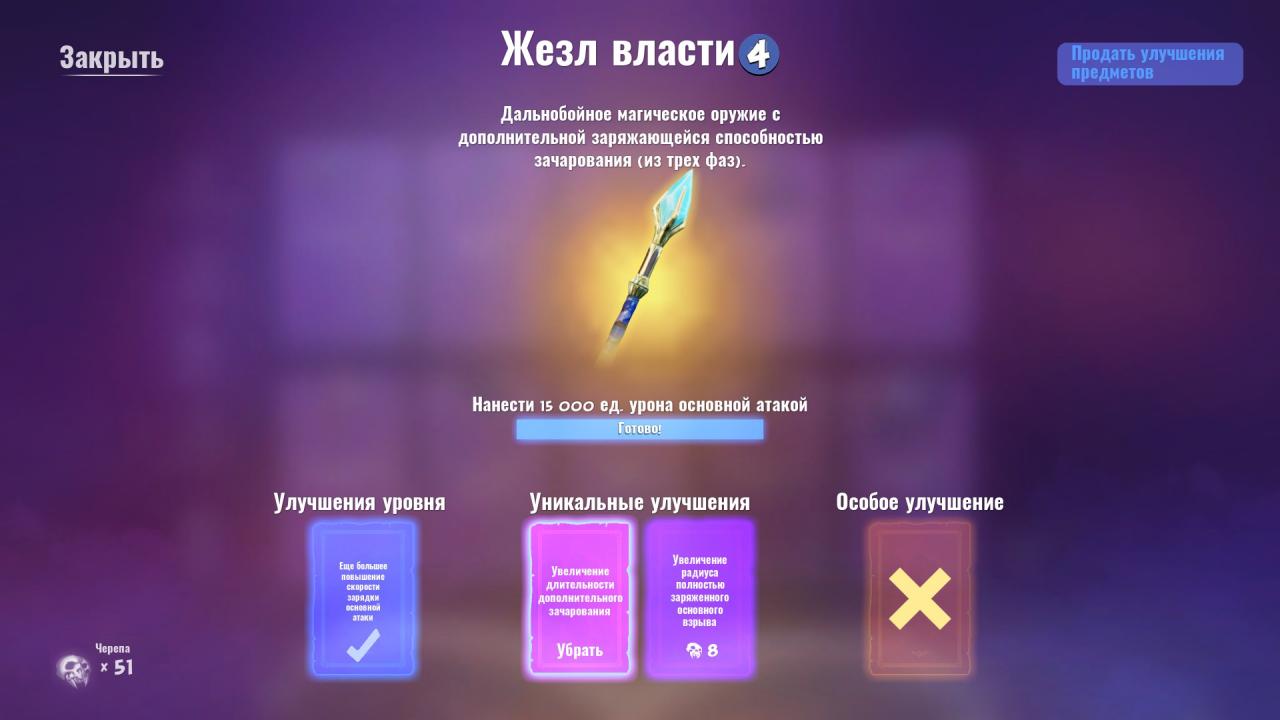 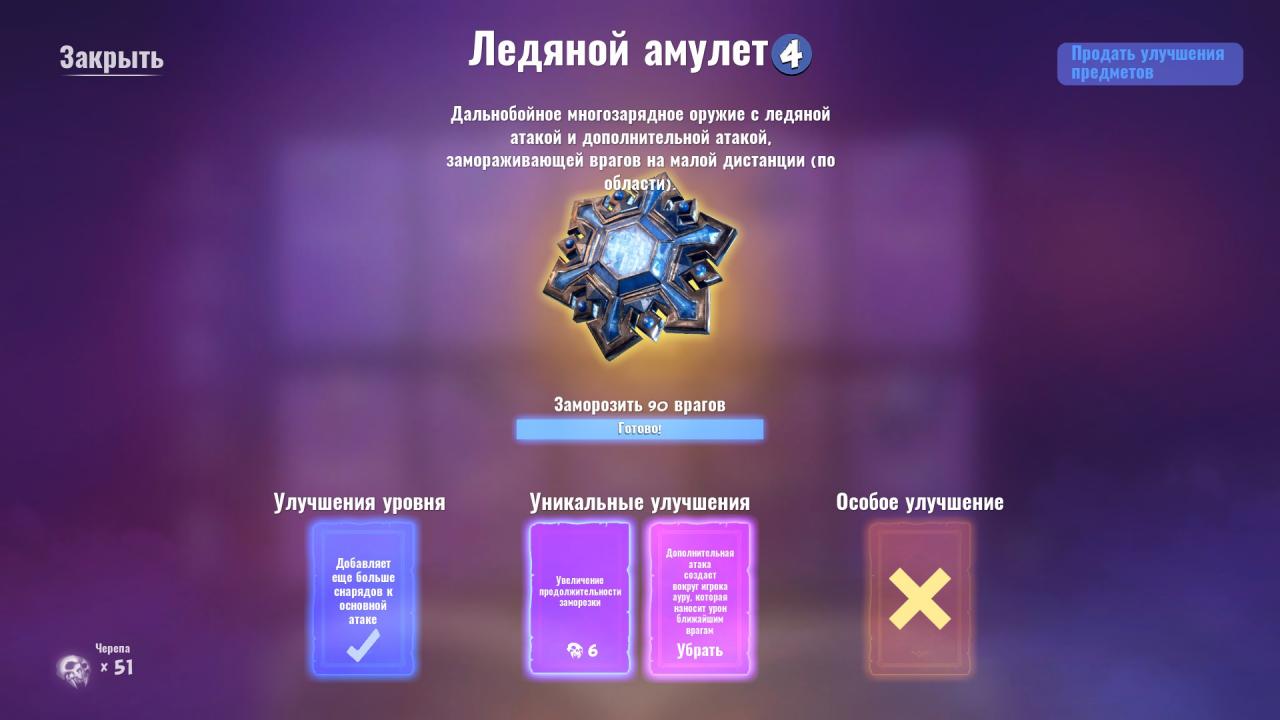 3. Ice amulet It also gives a lot of control., but will not kill on his own, so it will be necessary to take another weapon, the same Rod of Power, Onion, Crossbow, but that only you like the pie better. Well, except for melee weapons, We're going to kill in the head here. 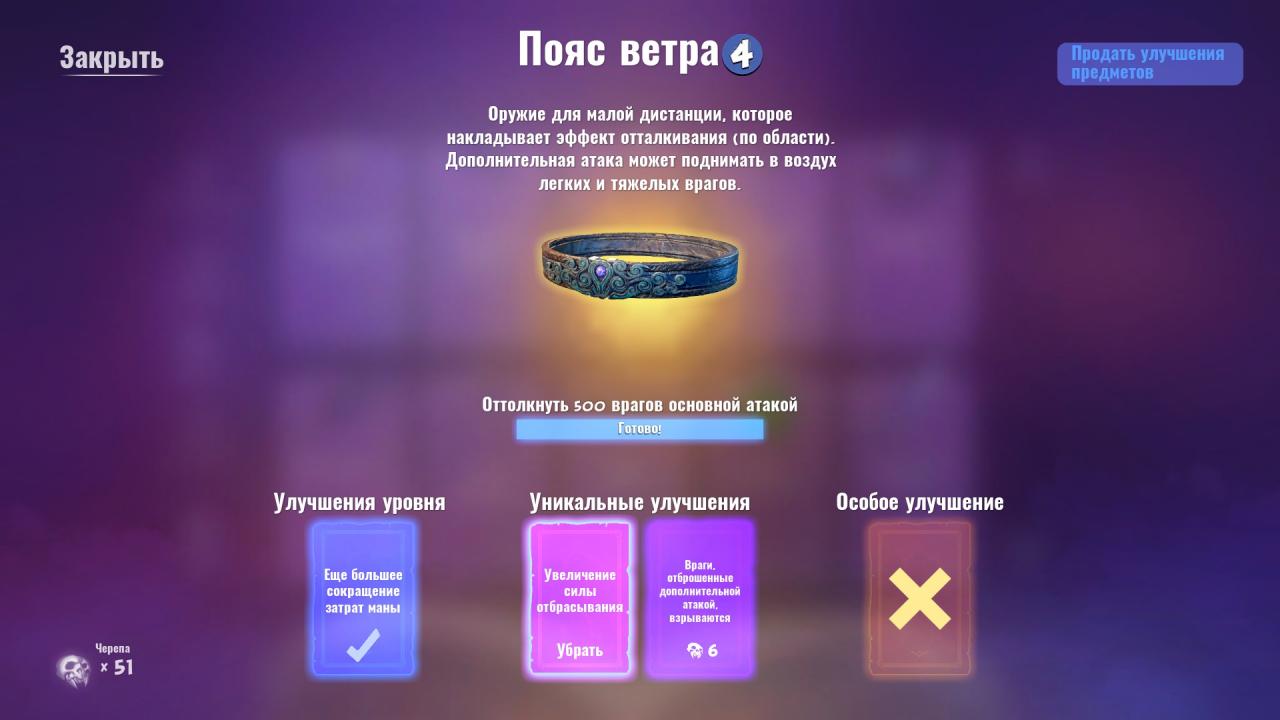 4. Belt of Wind Will also give space, however, it will be harder to hit enemies. Spends very little mana, so that, possibly, good option for soloing. Again, you need a cannon in the appendage.

If you really want to take:
Gnomish War Hammer, which with an alternative attack scatters all the trifles
Crossbow with a unique improvement that increases damage to a stunned target, will help when killing especially heavy enemies.
Musketon frozen, also worth mentioning.
But still, if you play solo, pie, it is better to use the murder weapons from the first four options. But if there is a teammate, you can test almost anything you like in different combinations. 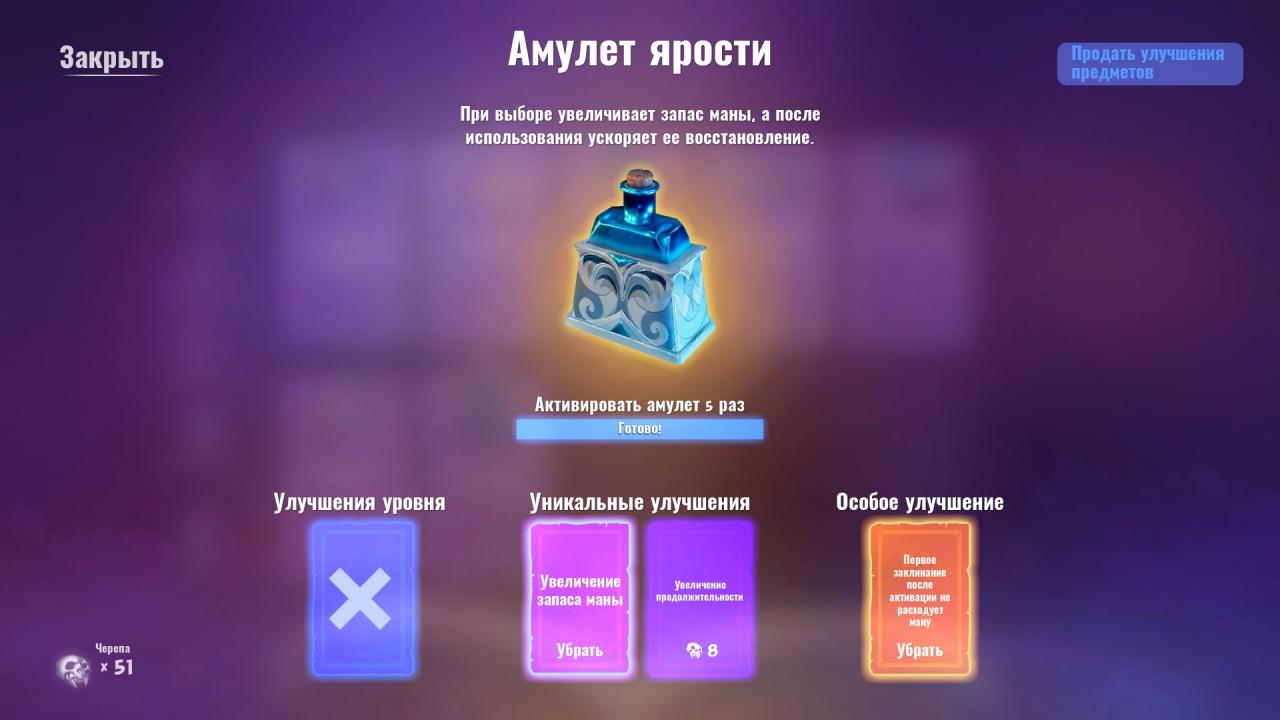 1. Amulet of Rage We take it from unique improvement to Maximum mana We'll use the weapon's alternate ability often., and with this bubble baltica nines, there will be no problems with manna.
In principle, the game will have a lot of cans of health and manna., thanks to our positive effect, but an increased supply of mana will not hurt. 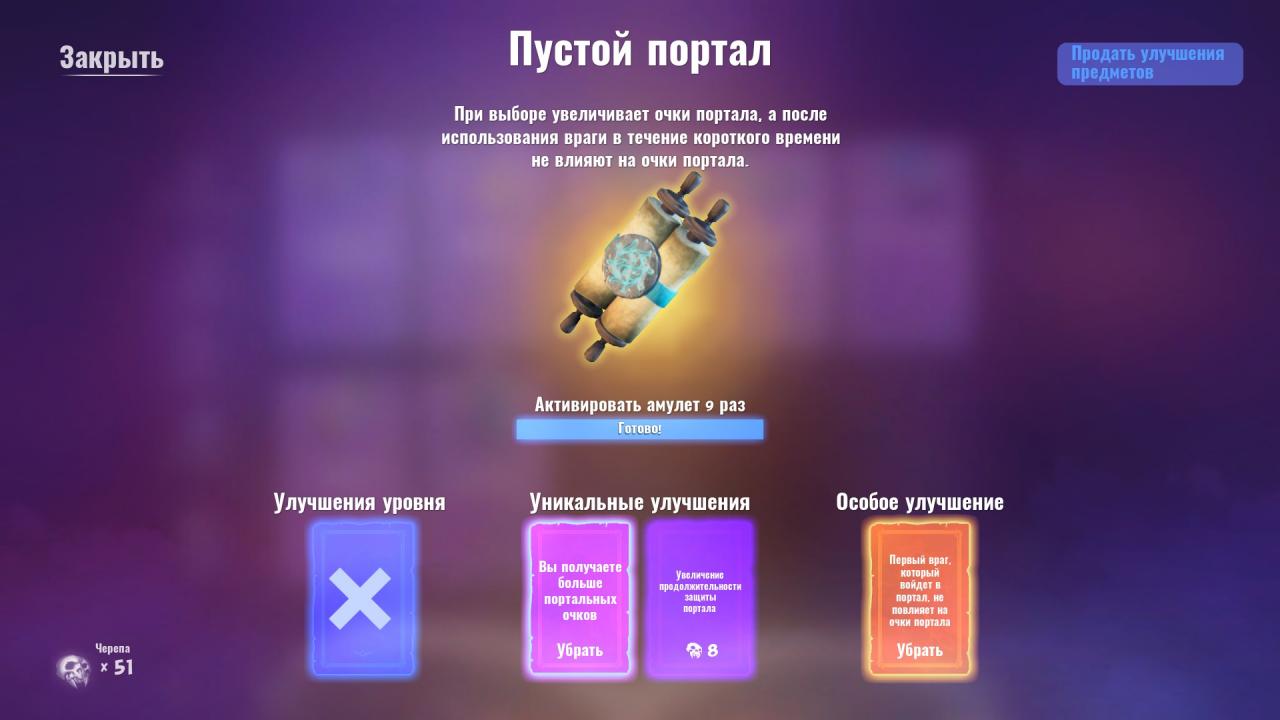 2. Empty Portal Since traps do not help us in killing waves, but only slow down, this amulet can be useful in order to save extra portal points. Do not underestimate this Amulet. 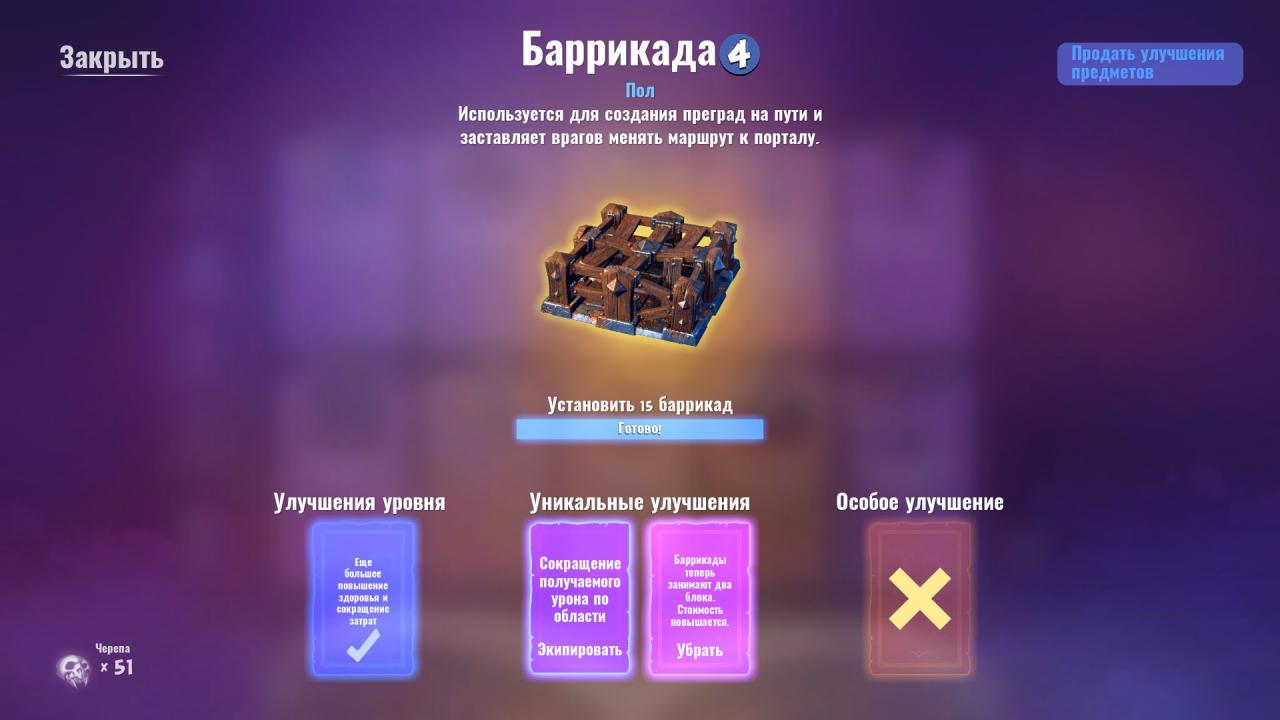 0. BARRICADES And buy your mother barricades, and the cat, and another. Just like air. We build a narrow passage and catch everyone in it. There are subtleties, maybe I'll sign someday. 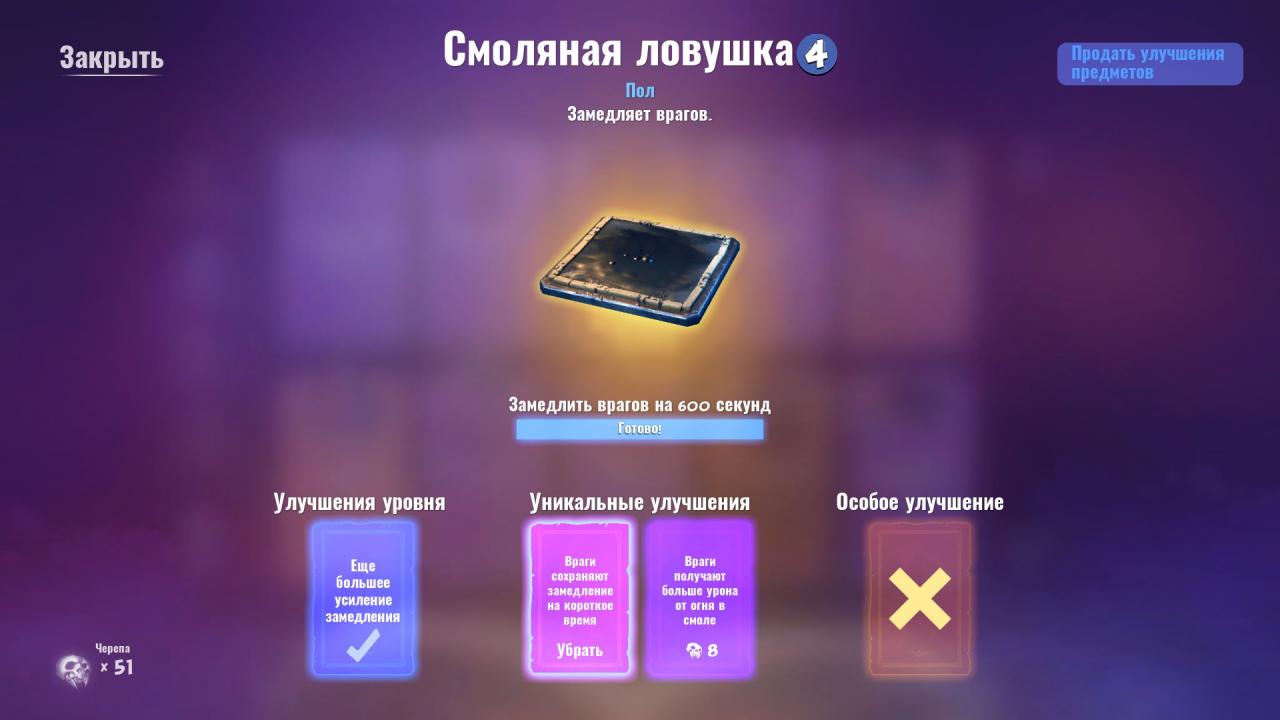 1. Resin Trap Gives us a lot of time, put one / two cells from each other with the first unique improvement. I bet a lot, put everywhere. 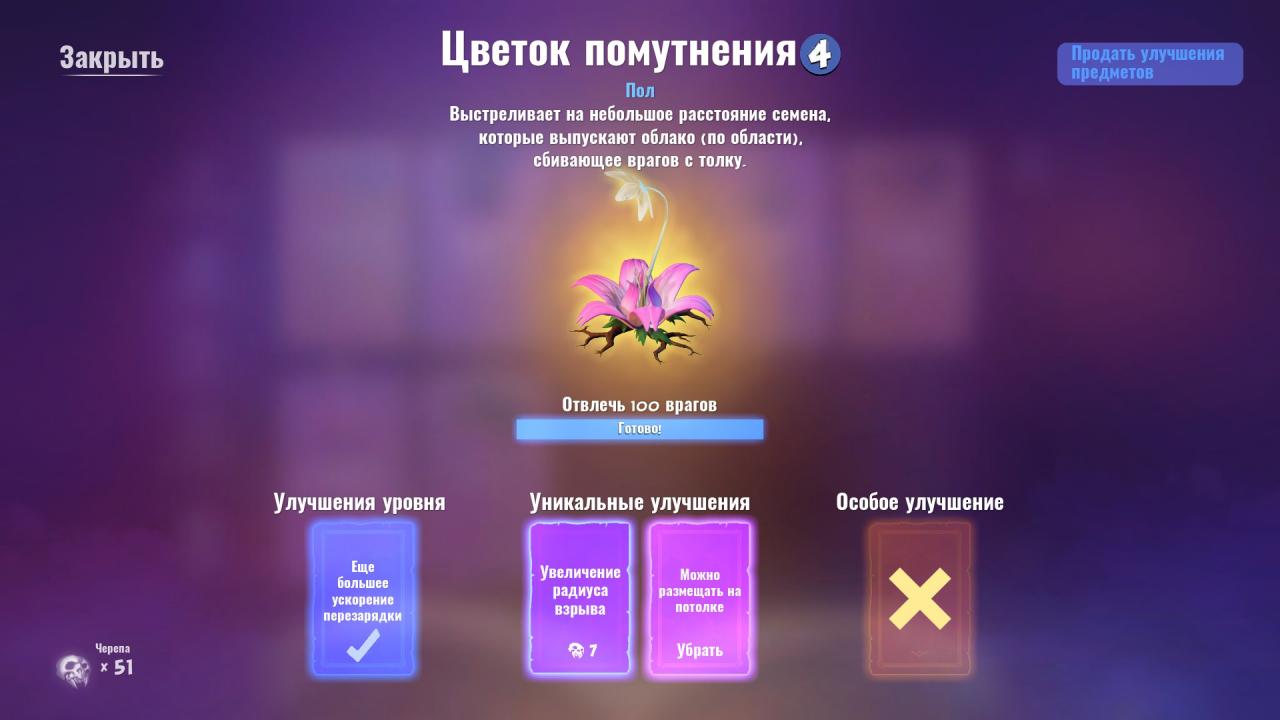 2. Cloudy Flower Hitting the area, with a second unique upgrade can be placed on the ceiling. Useful trap. 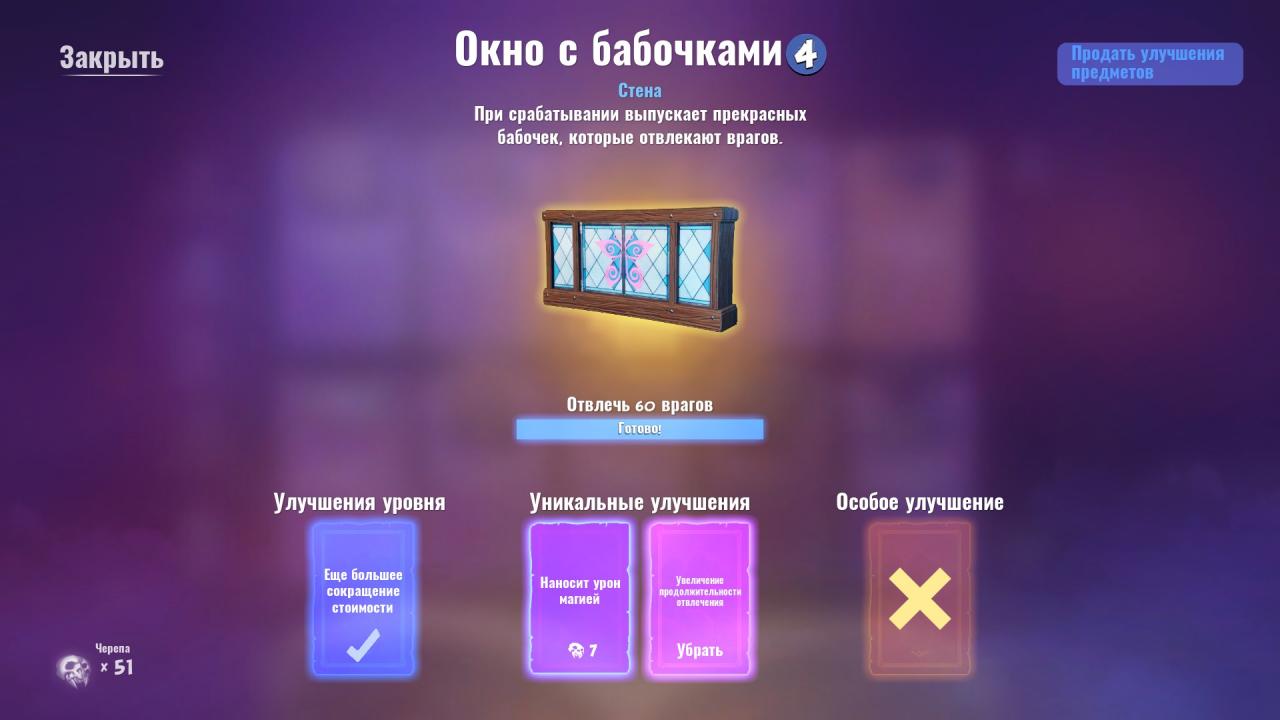 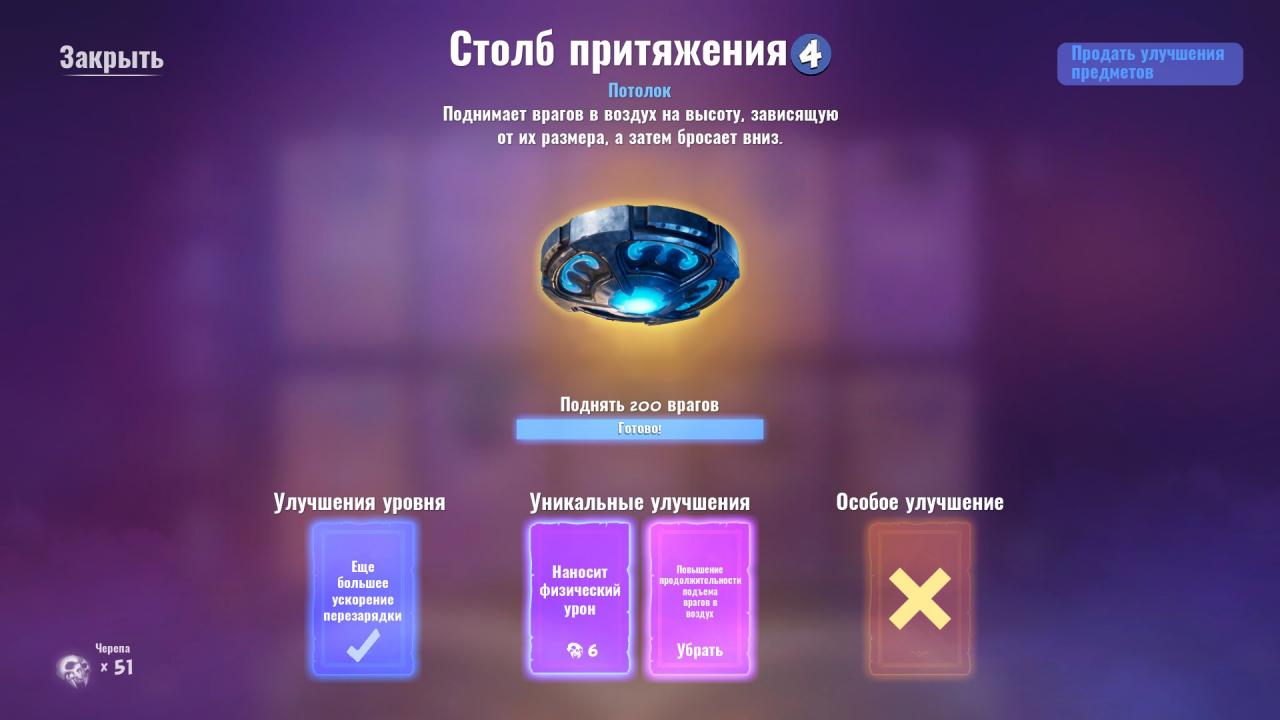 4. Pillar of attraction In principle, it also gives a lot of control, but personally I prefer to spam everywhere Clouded Flowers.

In combat scenarios, you can be helped Knights and Snow throwers, both deals damage and kills enemies, not stonks. I do not use either of these two options in scripts., and I do not advise you. But for the sake of variety, you can take. Or if it's going hard. 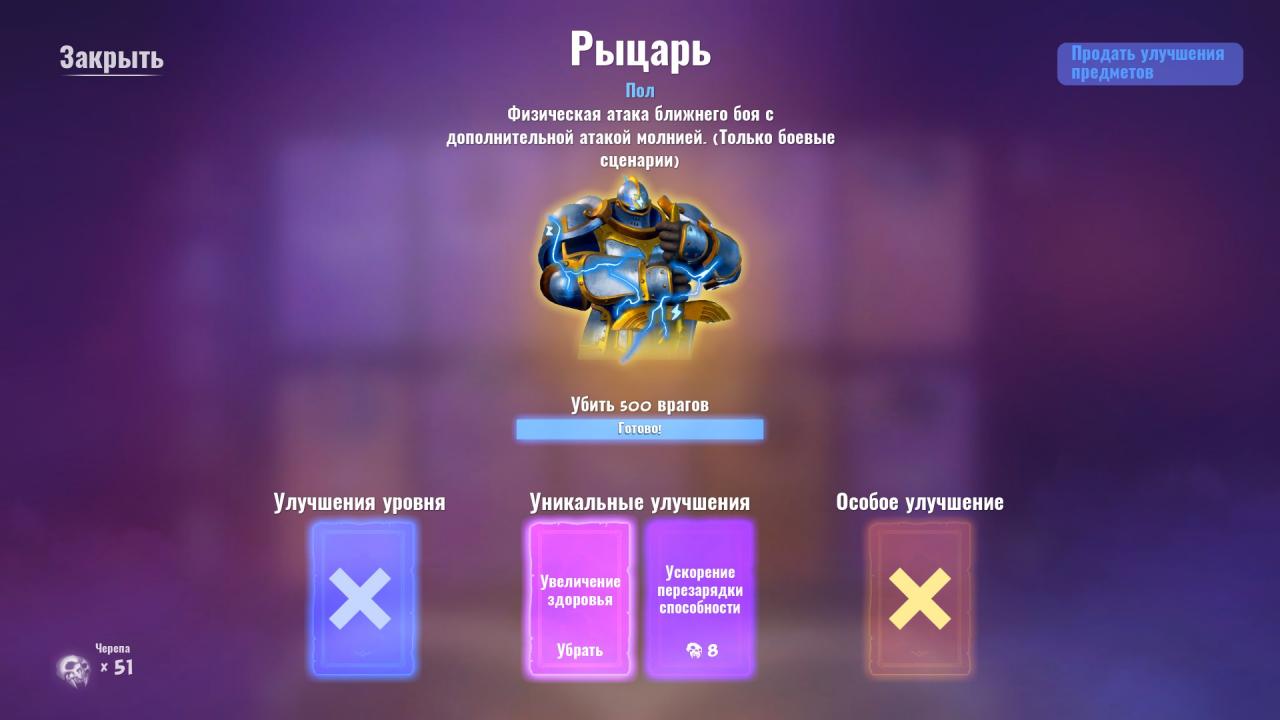 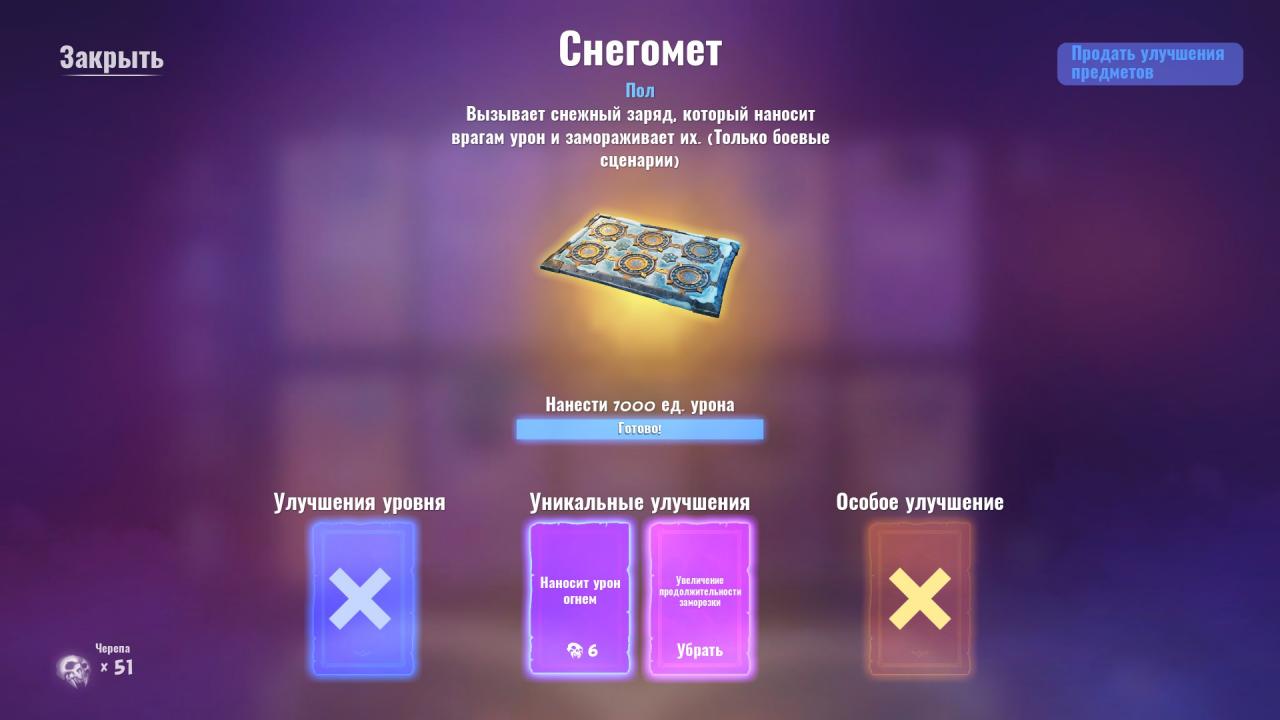 == Characters ==
Ability Vorvika – Teleport looks extremely good against the background of the rest, however it has the smallest manapool, and here is the manapool Signusa highest in the game. In general, take what you like, you won't be wrong.

If all this is interesting to someone, I will add an analysis of Negative and Positive effects to the manual, I will write what cards should be avoided, and which ones are vice versa. Naturally in my subjective opinion.
Please do not judge strictly, this is my first guide, and written with the expectation of, that such a topic as currency farming in taver diffens is of little interest to anyone, but still.
From Republican and EpicMe1337