This is an advanced guide to using the elevator movement system in the game. Starbound: instructions for the construction of a cross section of the track and a detailed description of the wiring.

What do you need
Ingredients
Total you need

The paths are a classic intersection. Its peculiarity lies only in the location of the arrows, with whom I had to suffer, to understand, how does it work. 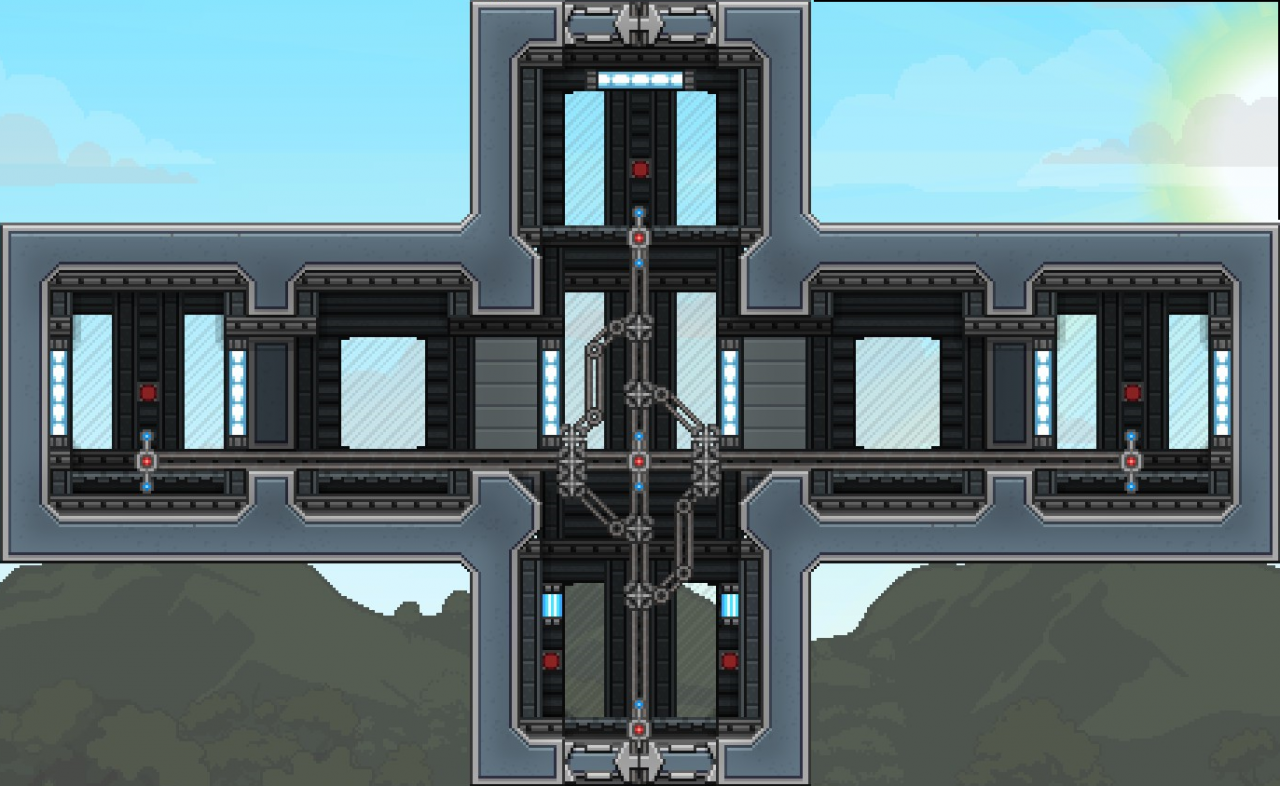 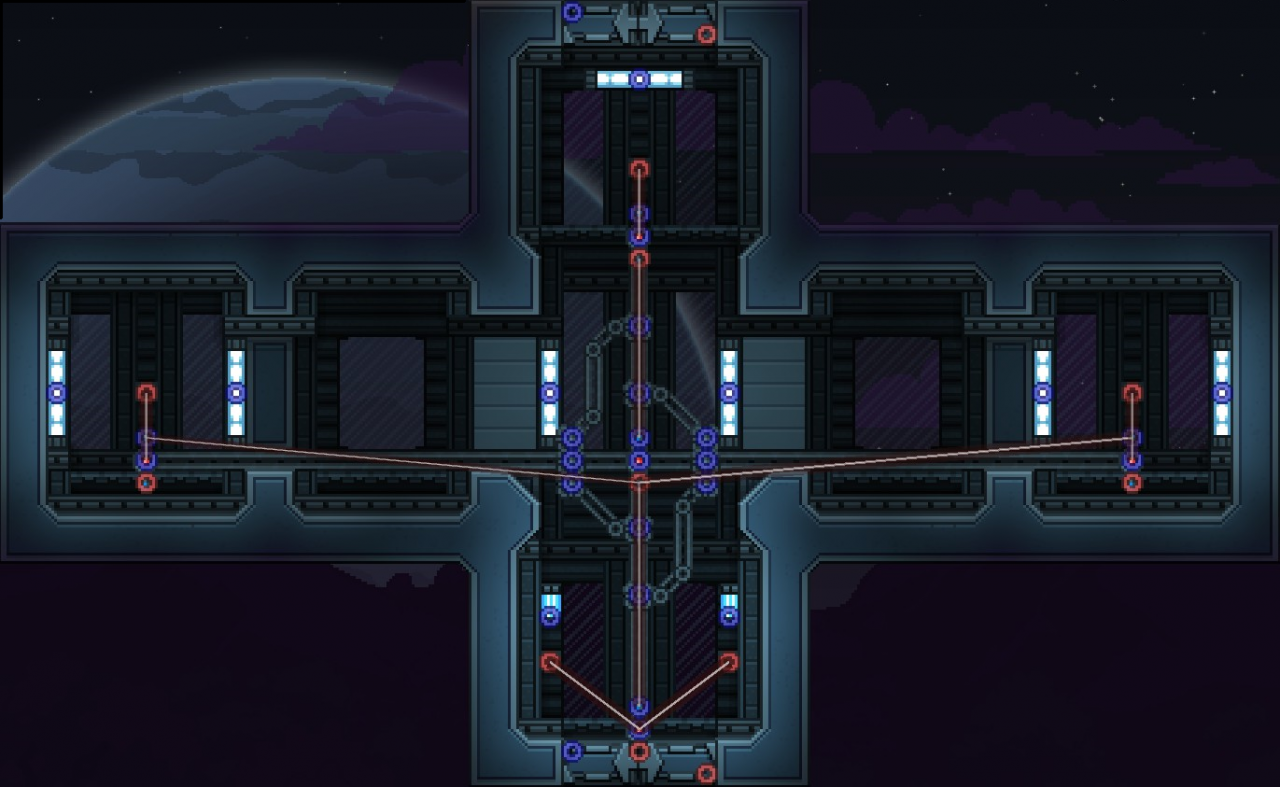 By default, the arrows become inactive when connected to a signal source. (do not let the elevator pass). 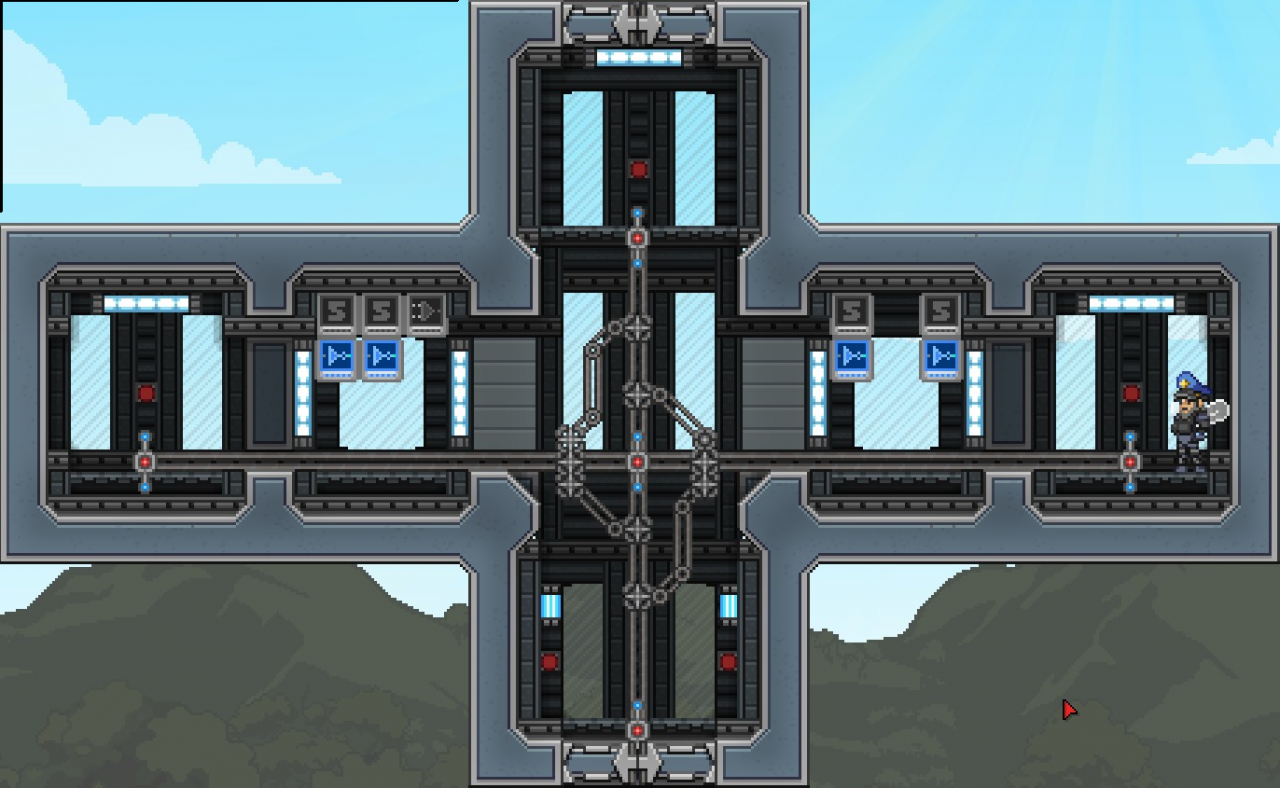 If you give them a signal, they are activated. To, while in the elevator car, we could drive the arrow in the middle, we need, to keep her active. That is why you need a log. valves “NOT”, linked in branches by other elements. Further connection will be associated with each separate branch.. For simplicity, the branches will be named towards the side of the world., to which the elevator will go after the call.

When calling the elevator on the western branch, the button gives a signal to the timer (which remains active, while the elevator is traveling from afar. therefore, the greater the distance from the elevator to the intersection, the more timers you need). Thanks to the valve “NOT” two arrows are activated, responsible for the vertical movement of the elevator, directing it west. In this case, the elevator will move horizontally in any case correctly. (in this case from east to west). 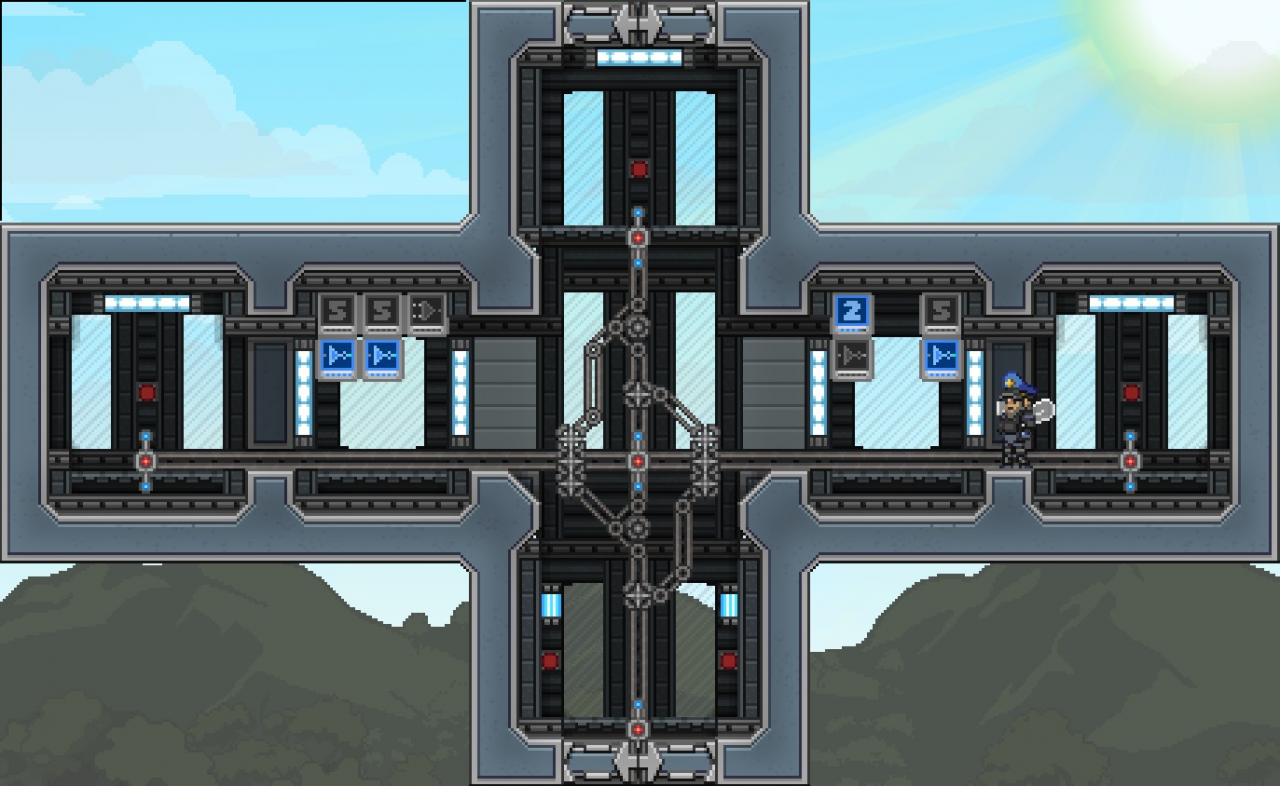 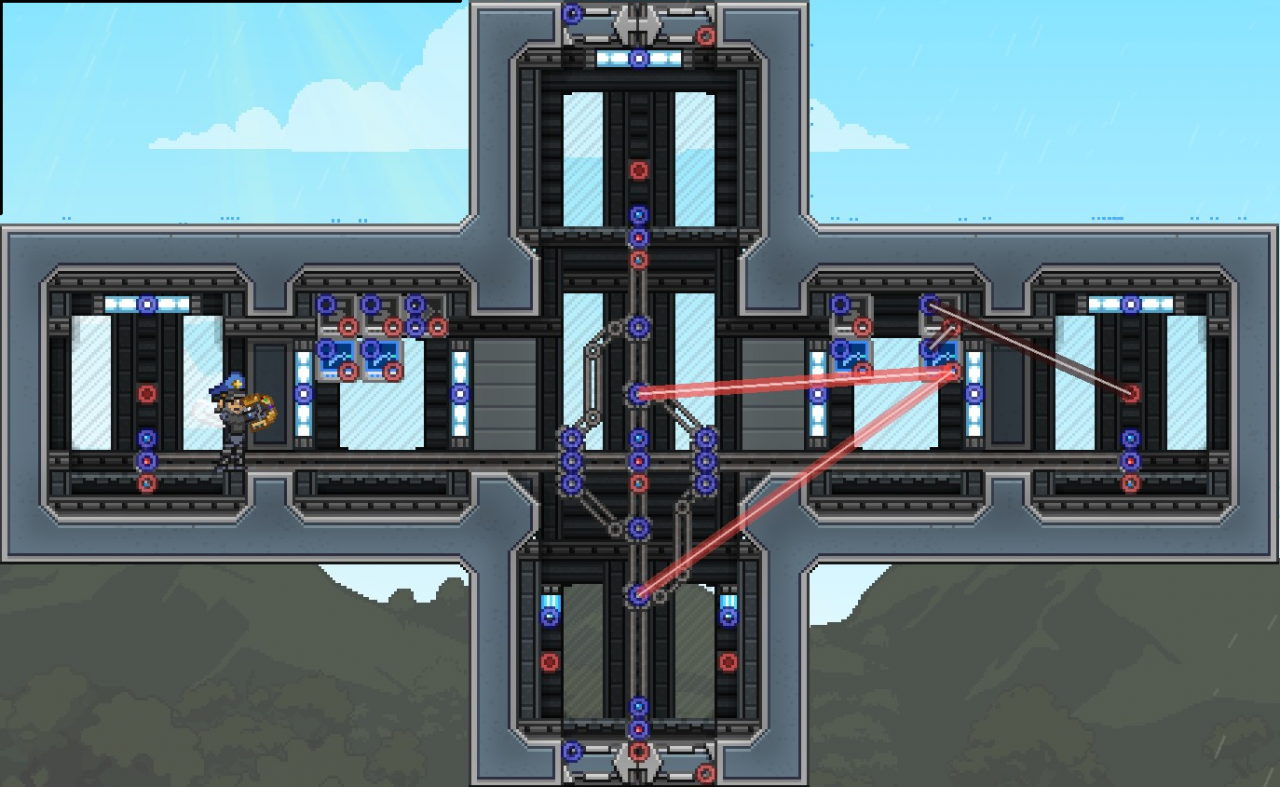 The horizontal mechanism is the same in both directions, nothing new. 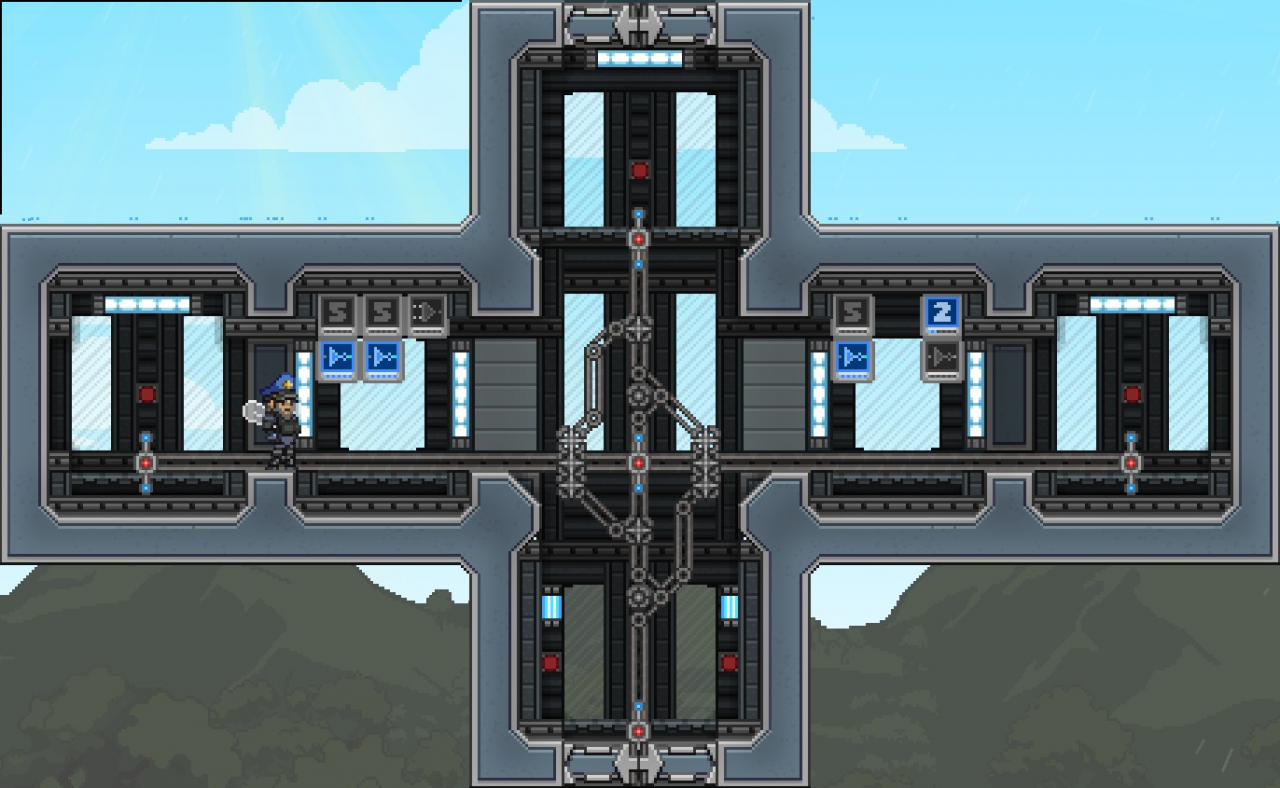 Vertical movement according to this scheme should be considered in a comprehensive manner.: and north, and along the southern branch, since they are connected by a valve “AND” 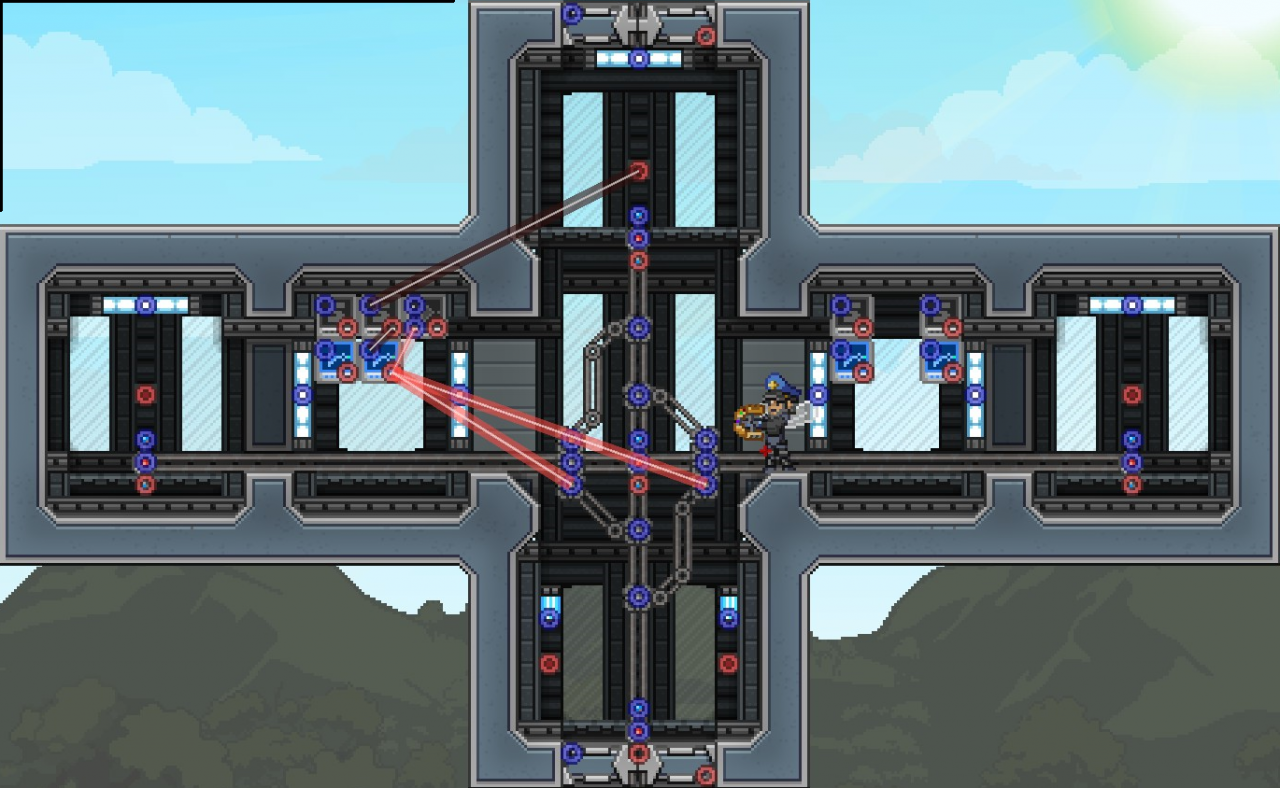 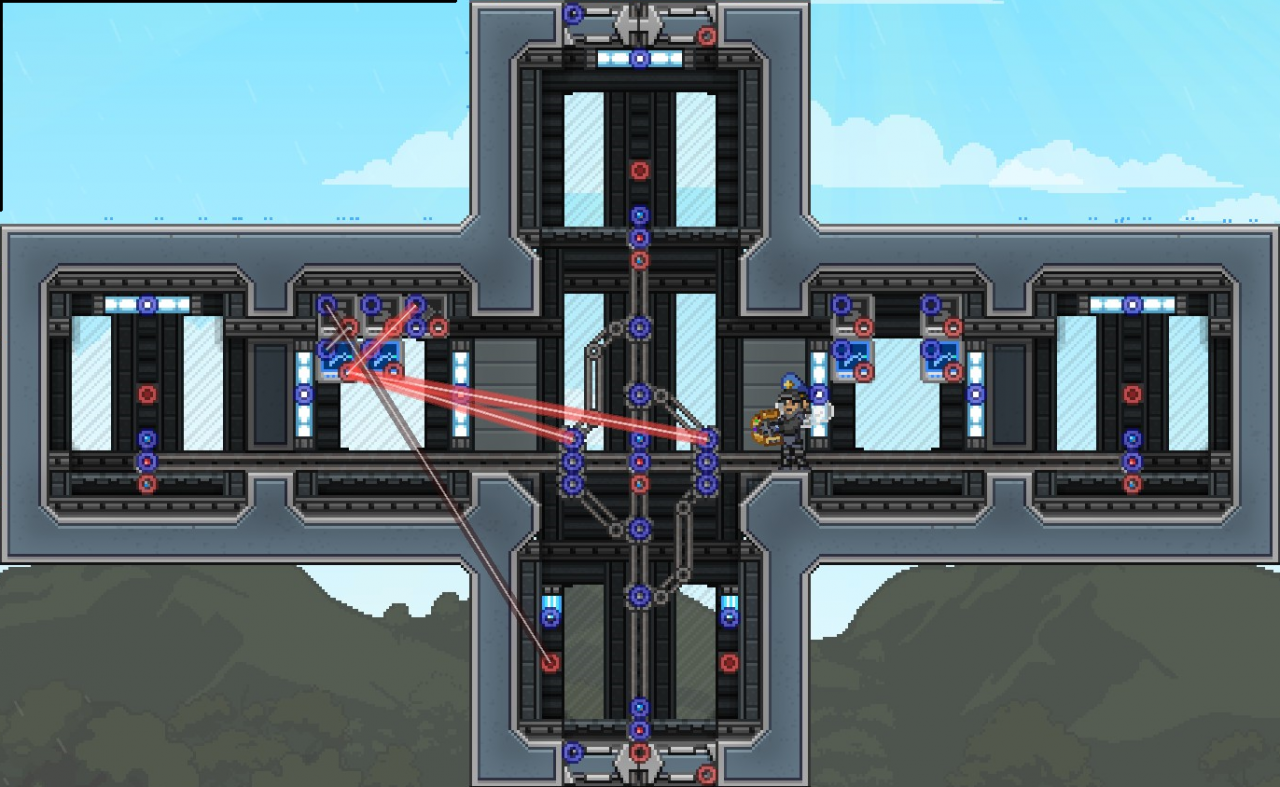 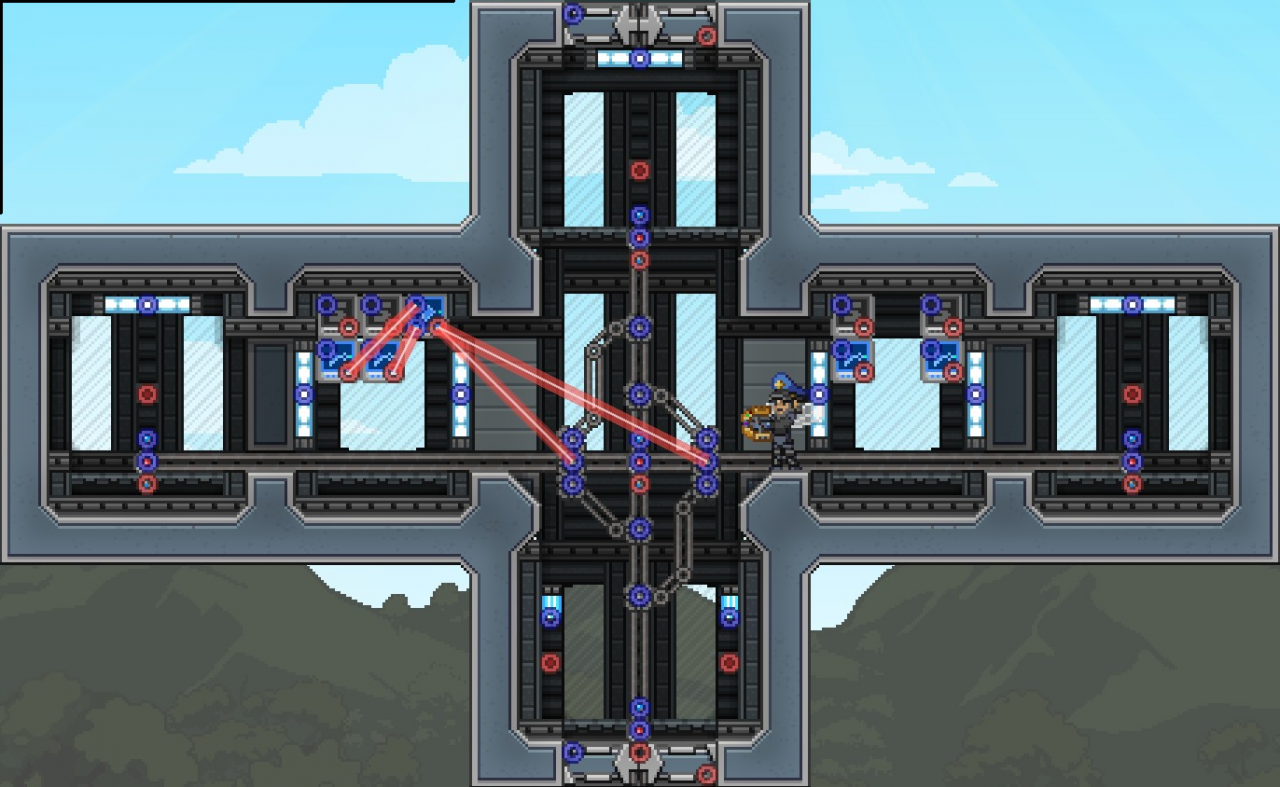 Conclusion
In the end, the overall connection will look like porridge.: 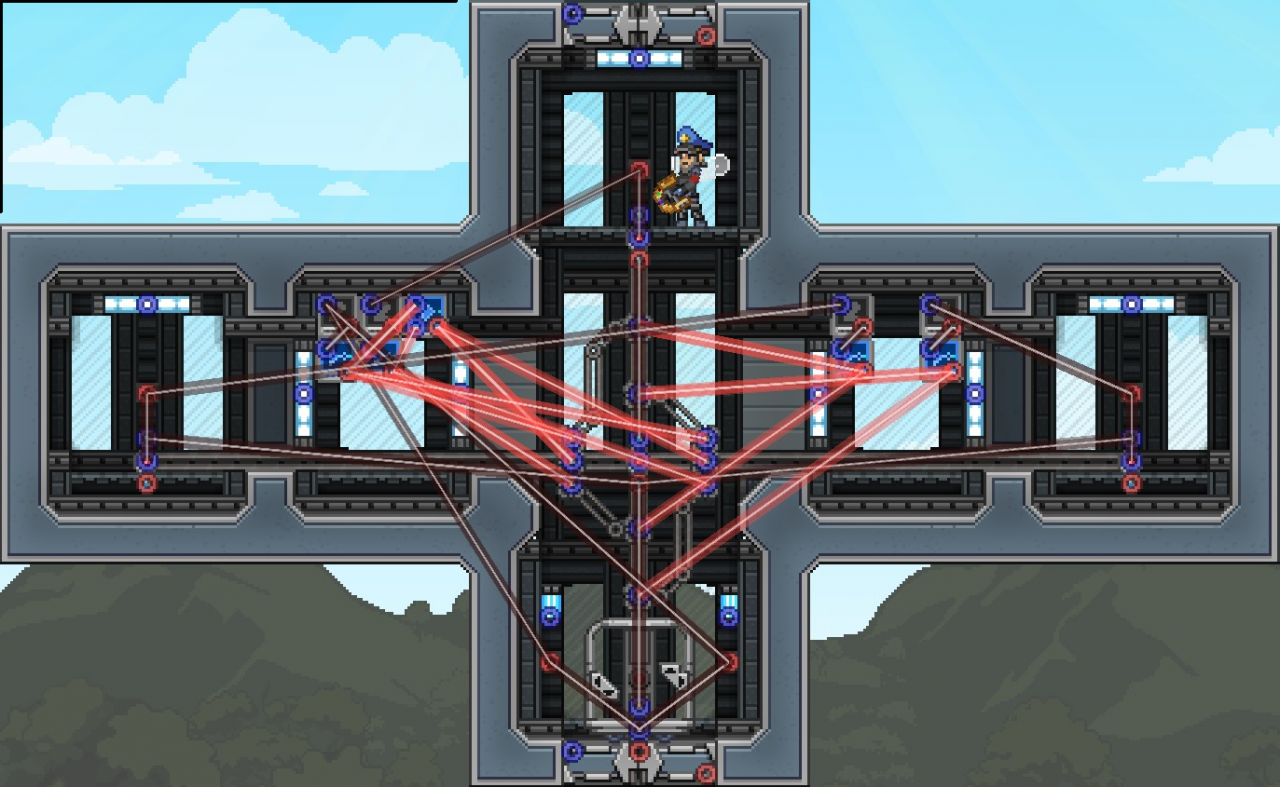 Actually, demo of the elevator in vidos by the link below:

This is how the mechanism for the movement of the elevator at the intersection is arranged according to my scheme.. I tried to make the guide detailed enough. If you have any questions, write to the comments. This circuit could most certainly be optimized or improved.. If you have any ideas – write)