In this guide, I will share all the secrets and mystical Easter eggs in RDR2

There are indeed many terrifying and frightening details in the vastness of the RDR2 world.,but as for me one of the strangest and creepiest is the legend of a mysterious stranger. It is worth mentioning that this character was still in RDR1, and even then he seemed extremely strange. In the second part, he received almost no attention.(but you can even see him). There is one unremarkable hut in the Bayou Nwa swamps.,but look inside is definitely worth it. There will be inscriptions on the walls,which completely spoil the plot of this game,but they do it as subtly as possible(even the plot is affected 1 parts). Inside you will find a very strange room,pictures hung everywhere,these same pictures by the way change depending on the level of honor of the character(low honor coyote and vulture,on a high deer and eagle). And the most important details,in the middle there is the same picture of a mysterious stranger,which, in the course of the main plot, will be gradually completed. And what's most frightening,in the epilogue, this very stranger will be in the MIRROR WATCHING YOU!!!

In the same bogs of Bayou-Nwa, one can observe a terrible picture.(especially if you drive yourself calmly at night and do not expect anything),because the ghost of the girl Agnes Daud lives there,which gives out very strange and terrible phrases. The sight is really not for the faint of heart. I myself got stuck when I played for the first time,I will not touch on the lore of this story,there are many different sources for this.

An old hut can be found in a remote part of New Hanover.,in which you will find a rather strange and unusual picture,the main skeleton sits in the middle (apparently the head of the cult) and the rest of the skeletons lie in the beds,apparently they committed mass suicide,but the most mysterious (as I understand it, no American game can do without it) it's a ufo,which can be found at midnight,the hut will have a green light while the UFO is staying,when you try to exit it immediately rises up at the speed of light

A creepy abandoned settlement with an equally creepy history,located in the state of Lemoyne (on the map to the left of the Bluewater swamps). The settlement itself has long been abandoned, as mentioned above.,residents are all killed,only graves remained. Based on the gravestones, we conclude that:2 stabbed to death,1 committed suicide,7 shot with a shotgun (apparently buried by the same suicide). The settlement was exterminated by religious fanatics,who thought,that the inhabitants got bogged down in sins and decided to act (the inscriptions on the buildings are proof of this).

Newspaper can be found / bought in the vicinity of Blackwater,which says,that a whole team of athletes is missing. You can't find them too far.,in the forests of Tall Trees,dumped in a mass grave,these forests,are some of the most dangerous places on the entire RDR2 map (Skinner Gang Territory) .Quoting youtuber “These guys have chosen a bad place for a run.”.

I think everyone knows about this,but if there is anything to mention in the manual it will not be superfluous. There is an old mansion to the west of Van Horn.,which hides in itself eerie finds. Going inside,you will find paired body parts of different animals,there is a feeling,that the owner of the house wanted to create some kind of Frankenstein. The theme is pretty creepy,being inside instills some kind of fear 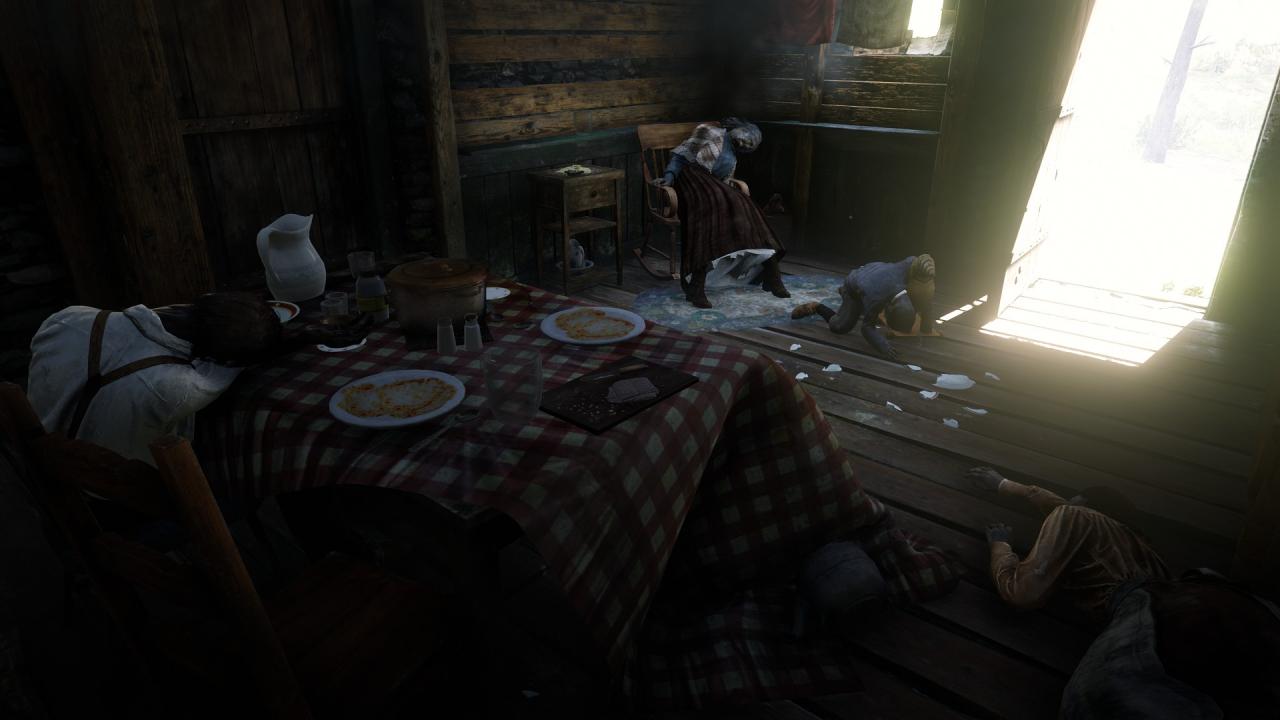 As seen in the screenshot,inside the hut you will find a dead family,who choked on foul gas,which burst out from behind a broken pipe,the story is really sad,I was very sorry for this family. That's just a question,why no one noticed that the pipe broke?

As the game progresses, you will find yourself in Saint Denis,where near the pond you can find a scientist from Europe named Marko Dragic (in-game reference to Nikola Tesla),after completing his quest, he will invite you to his laboratory,where will you help him to place energy collectors,in the end he will create a robot. After completing this quest,if you return to this laboratory a couple of days later,you may find that the doctor is killed,and the robot was whipping somewhere 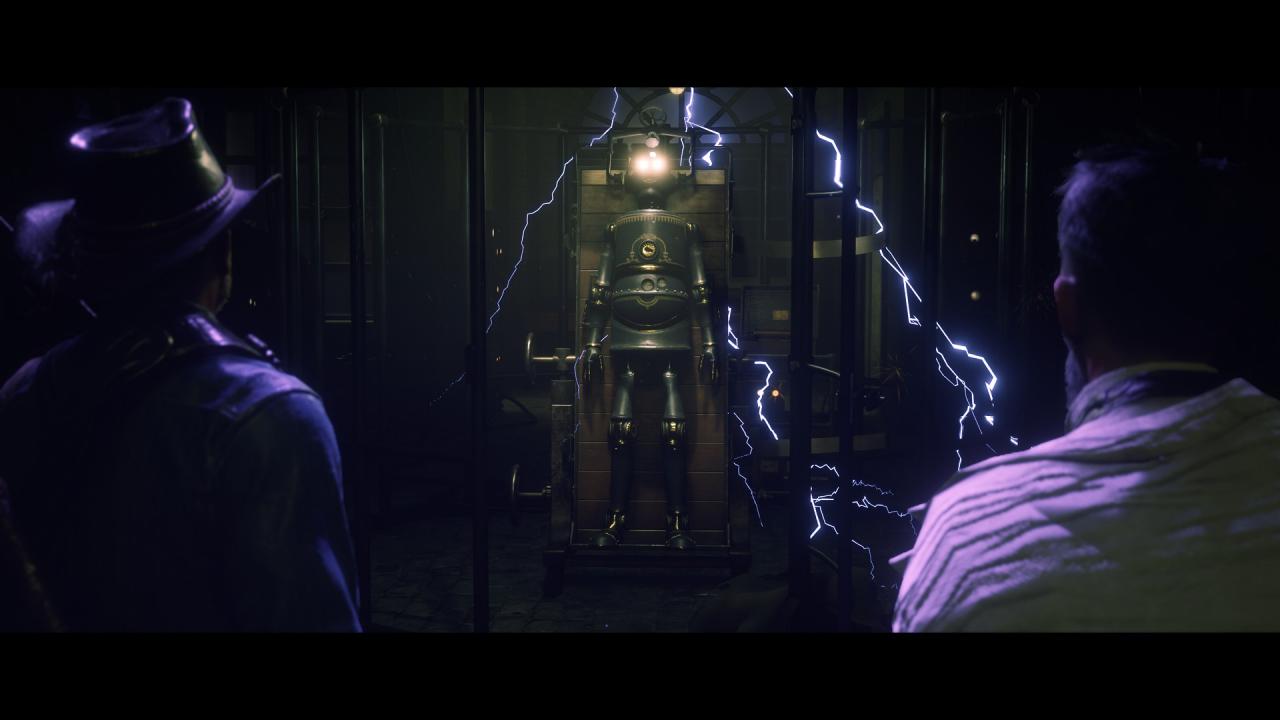 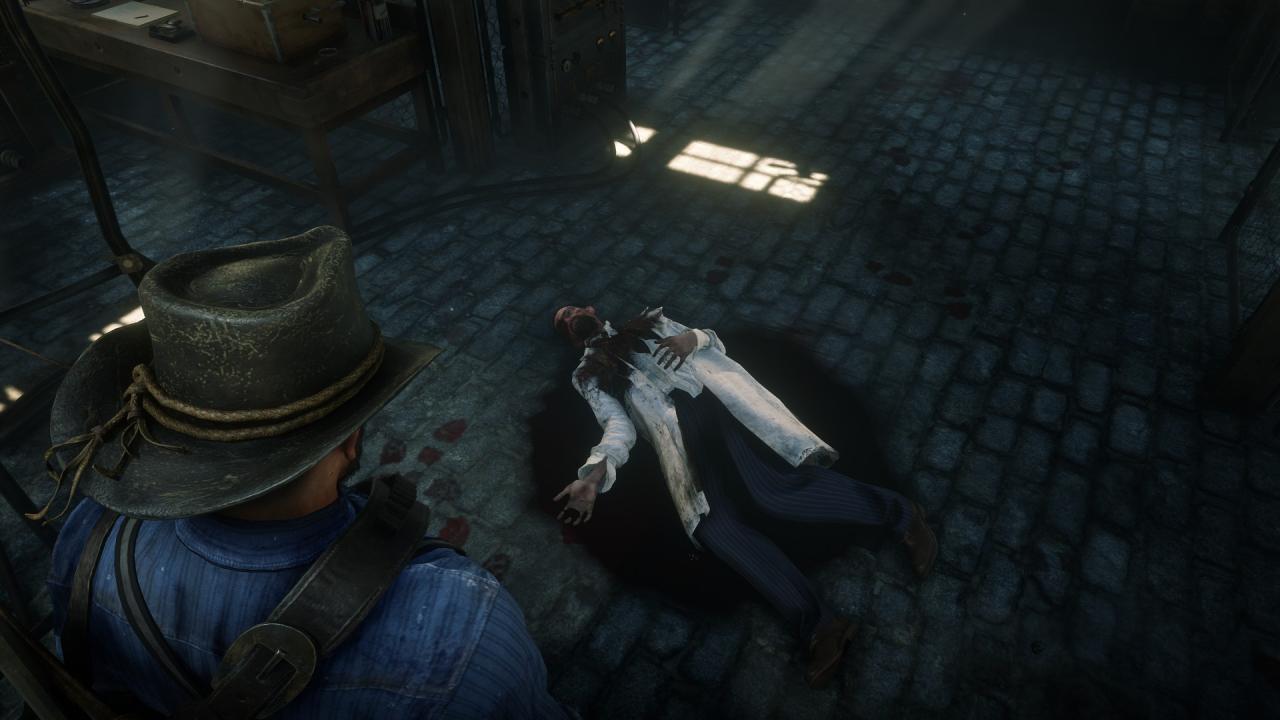 You can find this robot to the west of the Colter mining town.,where the events of the prologue take place. The robot will be at the top of the mountain 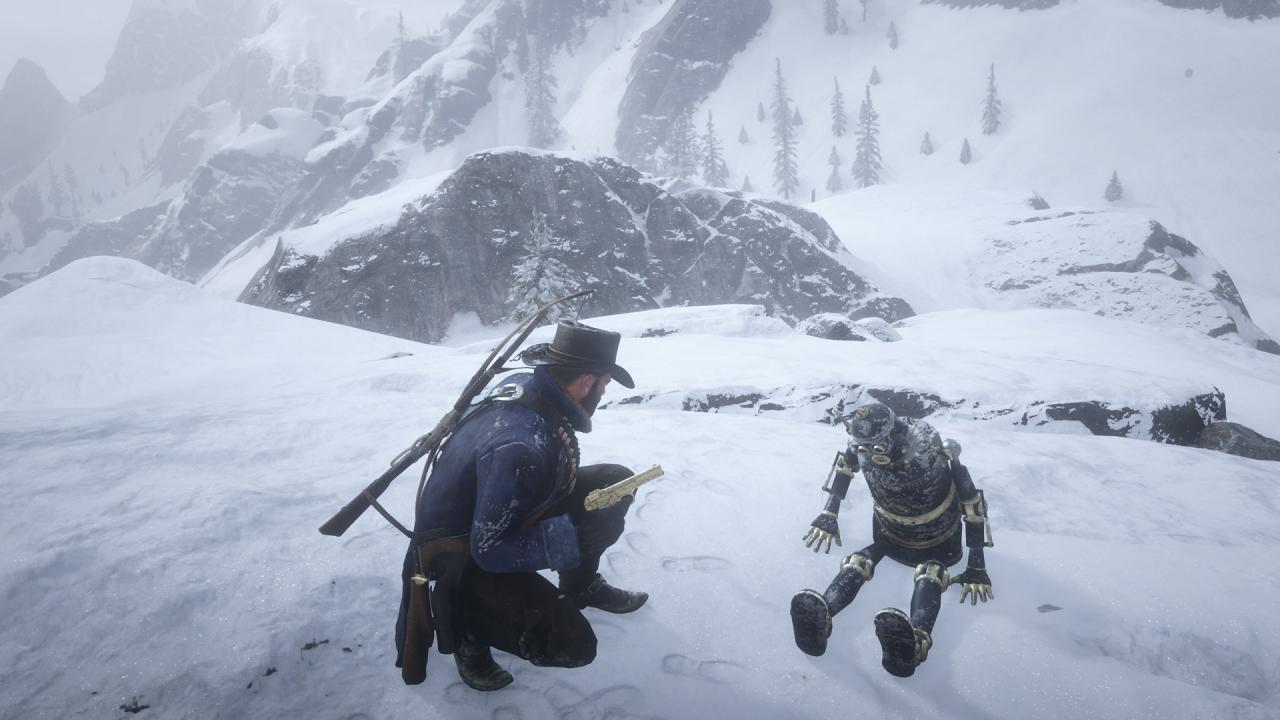 Location and type of laboratory: 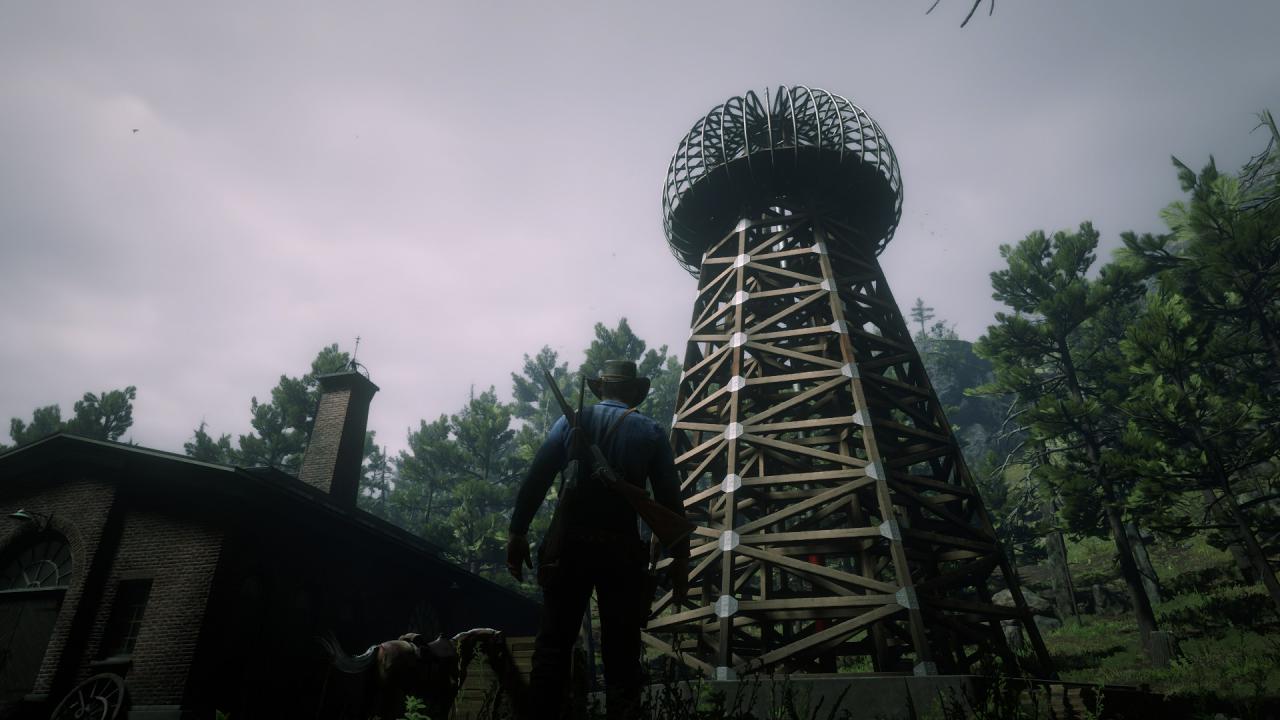 All the scum and assholes of this game

Traveling the state of Ambarino,you can find a building,which very much resembles something related to a witch (by the way, it is signed on the map),inside there will be everything befitting a witch,meat,Crow,and a pot with some kind of brew (you can even try it),raven by the way reusable),after sleeping for a while and coming back here you may find that there will be wolves,moreover, after this event, Arthur will sketch in his diary of wolves (which confirms,that the wolves did not appear there by chance).
P.S. the manual will be refined over time