This manual has been created for informational purposes only and is solely informative.. If you're too vulnerable or don't want to believe it. Please do not open and read this manual.. All information serves solely to educate beginners or just those who would like to delve into this issue.. You will not find direct links in this guide. Maximum advice from the author, no more.

Be sure to read to get familiar.

This guide serves solely for informational purposes and is mainly aimed at beginners and those who would like to delve into this topic in more detail without the fear of searching for information on unverified Internet resources..

>Important I will not condemn anyone and do not call on the search for these utilities or software by screenshots or information,

If you have read and were not too lazy to read all this about water. Forgive me to read. I will only repeat myself, perhaps again. DO NOT TRY TO LOOK FOR PRIVATE SOFTWARE YOURSELF

[Aimbot auto aiming] Yes exists, differences from the basic sight in aiming at vulnerabilities, anticipation and adaptation in unforeseen circumstances. Among other things, fixing advantageous hit points. As an example, the likely highly damaged modules or the place of accumulation of module sections to damage all at once with a high-explosive projectile if possible. 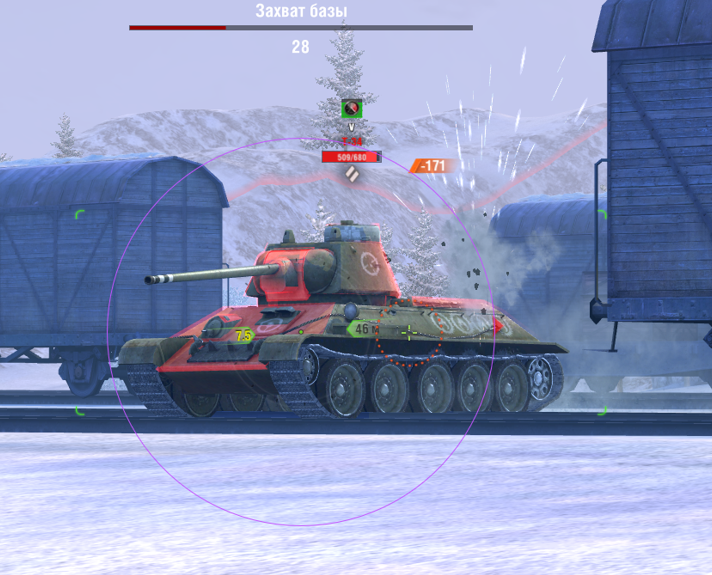 [Wallhackesp] It doesn't matter what you call it. This is a kind of visual overlay or display of tanks through surfaces or objects that cannot be transparent or interfere with the view.. The variety of this function and its modifications are different. From regular stroke, before showing modules and their hit points with a tank or separately. (For any and carp so to speak) 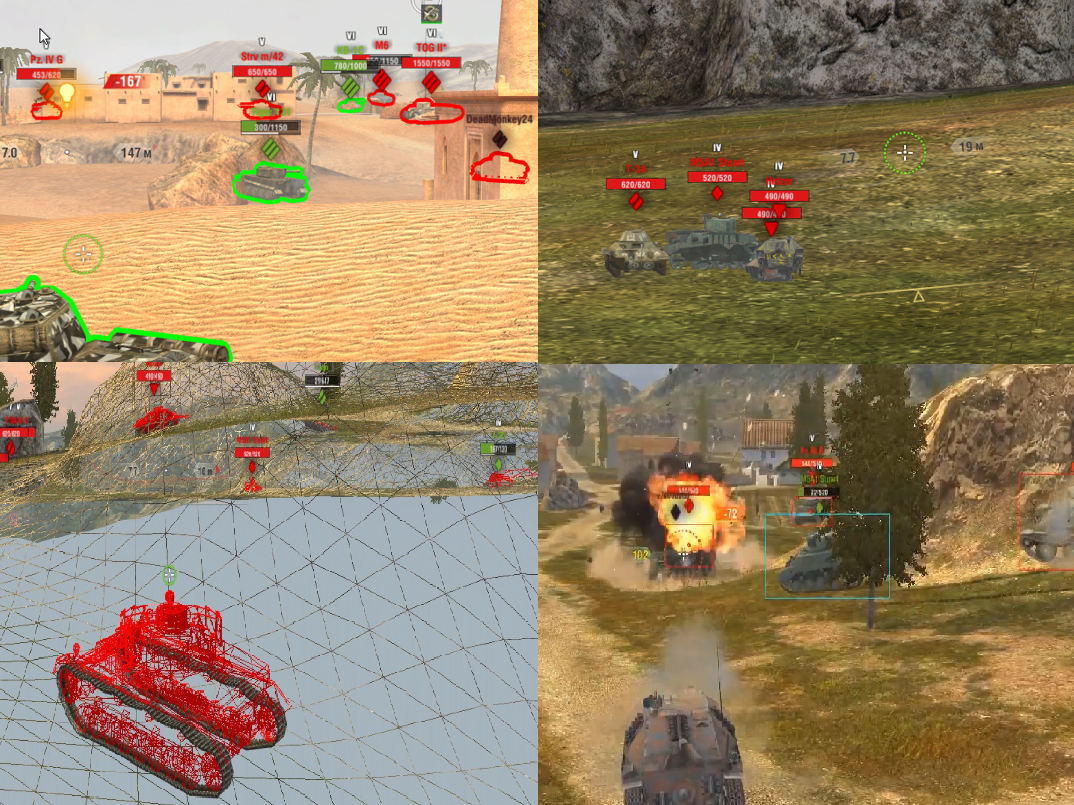 [Spread] Also depends on the programmer. There are different kinds of. Those who simply visually remove the scatter or make our sight always reduced. Or those who, with the forwarding of fake packets, do almost as much as possible without scatter. (it is impossible to remove the spread as much as possible, tanks have a targeting circle and it is individual for each vehicle, so you won't be able to shoot accurately at one point, but for example to ride a bang is always mixed yes, can)
[Other] This includes all sorts of visuals that do not give a serious advantage.. Black sky / Tundra. The first one simply removes the boxing of the sky and set the default black without texture, so to speak. I think many people know the tundra, but still I will say. Removes tree crowns and bushes. 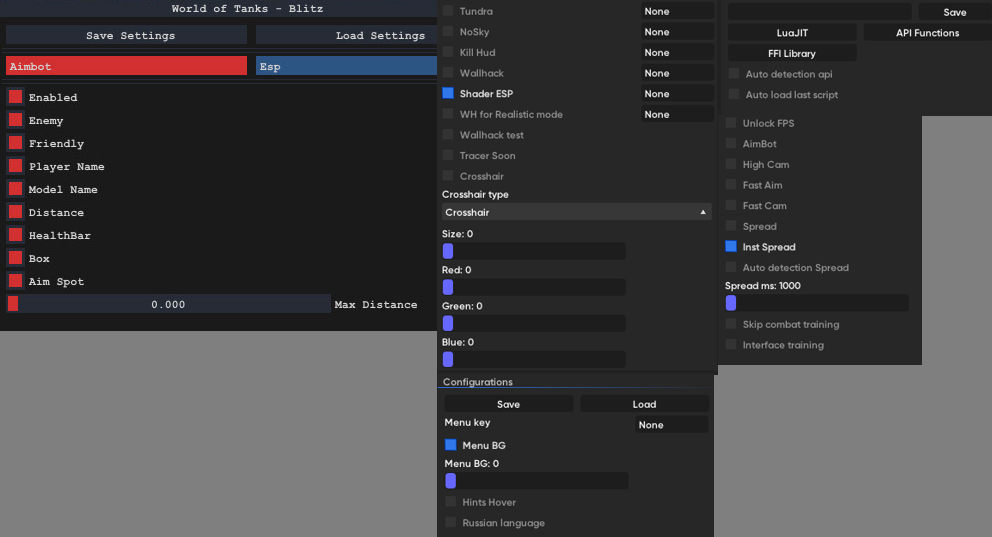 Ps. I could of course write about each manufacturer of this software. And nuances, But I'm afraid you will abuse this information. Therefore, it may be worth not writing about it.. I did not write the rest of the petty functions.. Maybe I'll think about it and change my mind.
But due to toxicity and a poorly developed community, World of tanks Blitz I don't think it's worth sharing too much information on this delicate topic.
Among other things, the question of bans and spinning
Yes, there is a twist in tanks like bots. So Potato breeds you very large….
Bans: Unfortunately no. Believe it or not. But the potatoes don't care about the softers. Especially if they donate. So there were no bans. In the best case, the software will simply stop working after a crooked patch from a potato.

IMPORTANT don't take risks with Microsoft. Their anti-cheat works directly from under windows and he does not care how you download your software even through Bios. The chance that he will find it is almost equal to 100%, the only way to prevent or delay it is to disable telemetry, but due to the latest patch from jerseys, this method is outdated. Therefore, I recommend not to use software for multiplayer games that are directly from Microsoft. Fortunately, there are few such people and Microsoft itself does not care if you cheat in other people's games. Windows logs without the help of a programmer and even with him in 99% you will not get the right ones. All important windows data for Microsoft is stored in a special form and cannot be opened even if you have administrator rights on the device (the console won't help either), you will simply be denied access to this data. Even if you miraculously pick them out, they will be damaged or not contain a complete picture necessary for further use. Ps / half games may not even let you manipulate memory
–
–
Non-existent features in cheats specifically for WOT BLITZ___________
Currency cheating and all such heinousness. You simply will not succeed because of the storage of all your data on remote servers wot blitz. You do not have access to them. The only thing you can do, it visually add a tank / currency and other garbage to show what kind of hacker you are.
Simply put, everything that you can do with the client and on your device. Otherwise, you won't do anything.