In this guide, I will describe how to hack competitor databases..

so, we have chosen a mission “Industrial sabotage”
We arrived at the location, and what to do next? To begin with, we must discover a huge structure, which is surrounded by a shield. 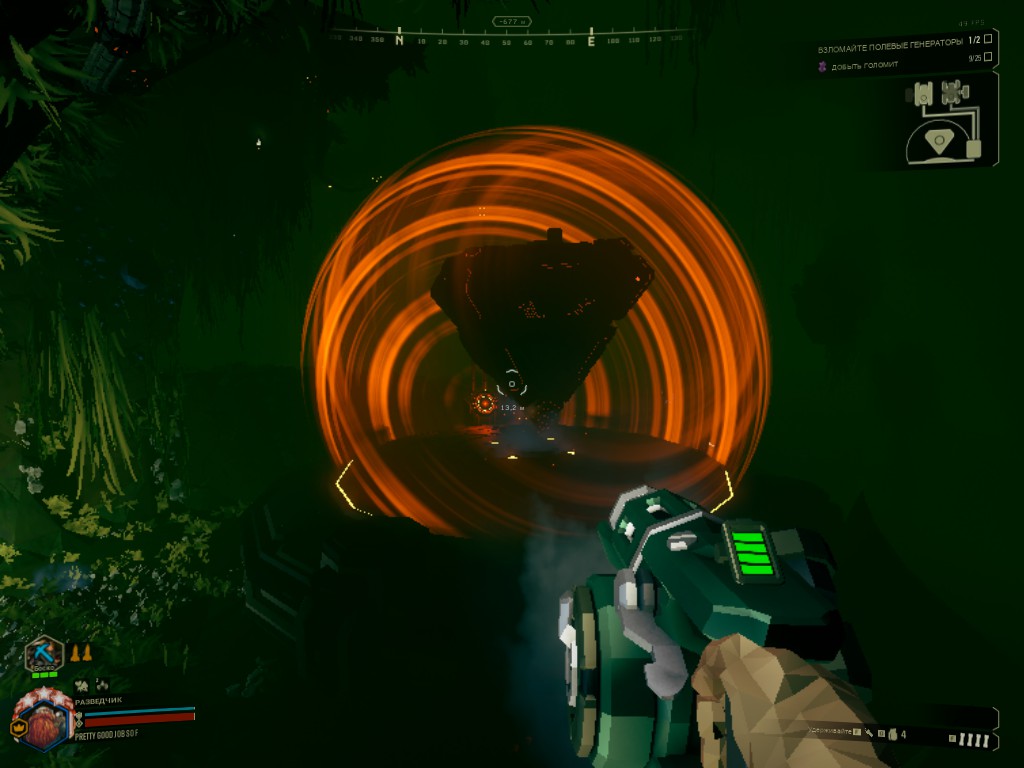 Step two
Wires are drawn from this structure ,following which we will come to the next stage of our mission. 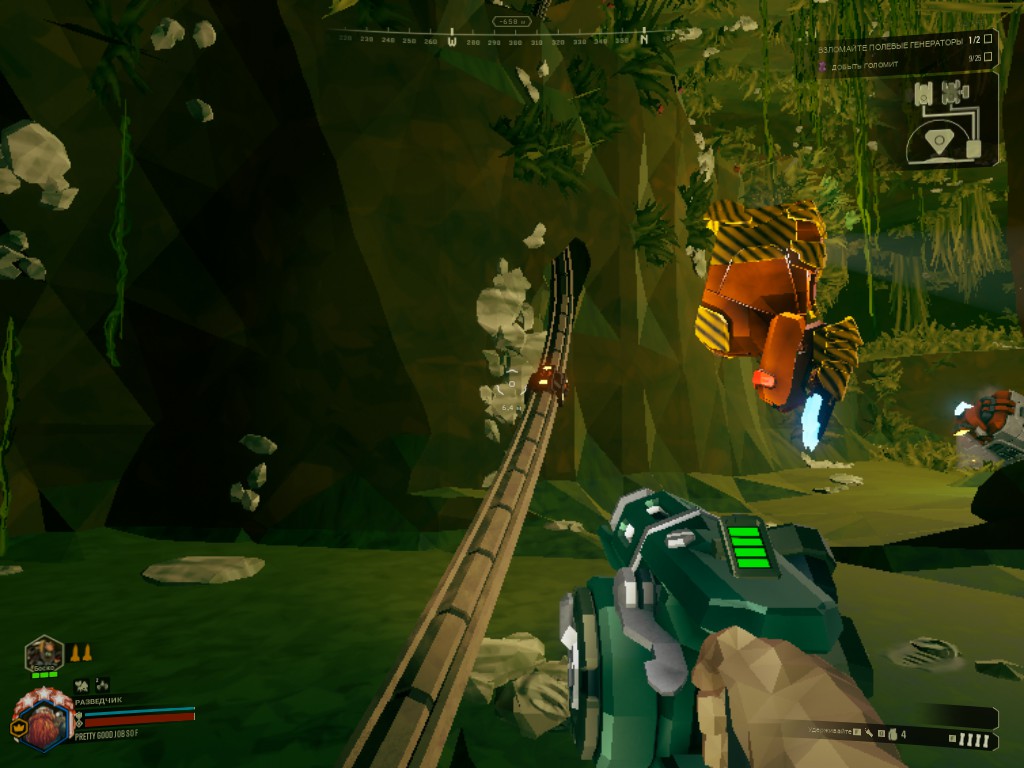 Step three
Passing through the wires, we find the generator, which needs to be hacked, to turn off the shield. 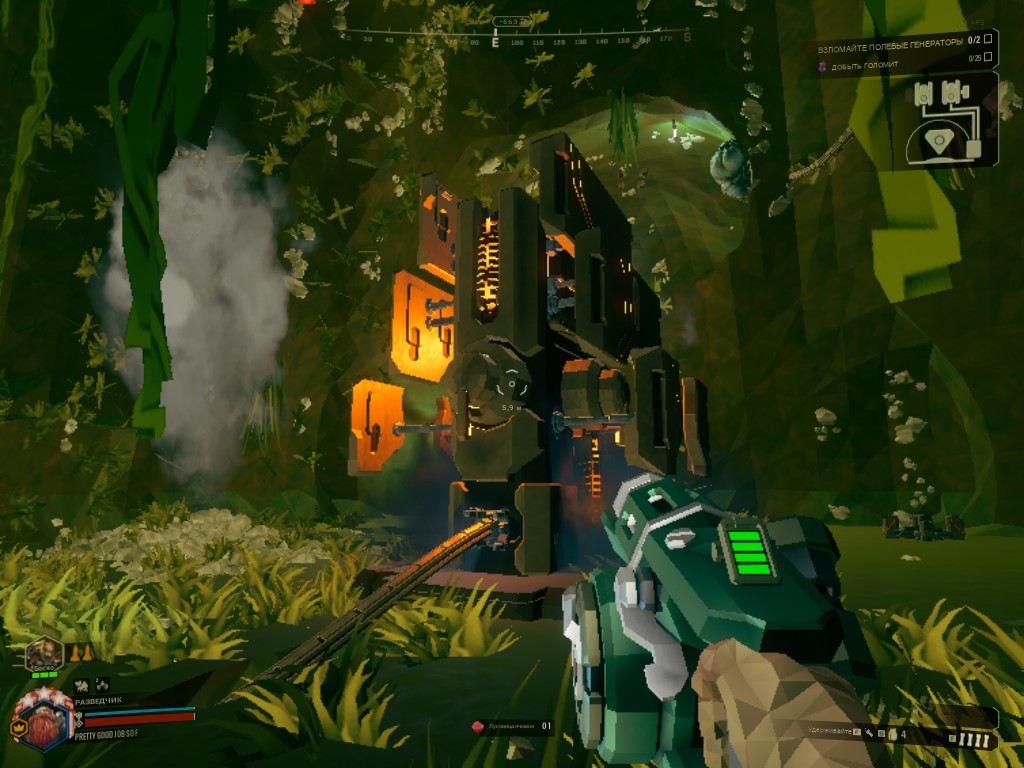 Step four
Approaching the generator, you need to call the burglar drone capsule. The capsule will be nearby, therefore, the terrain scanner will help us in finding it. It will be highlighted in blue. be careful, miners! Competitive vehicles will protect their buildings, so keep your ears open! 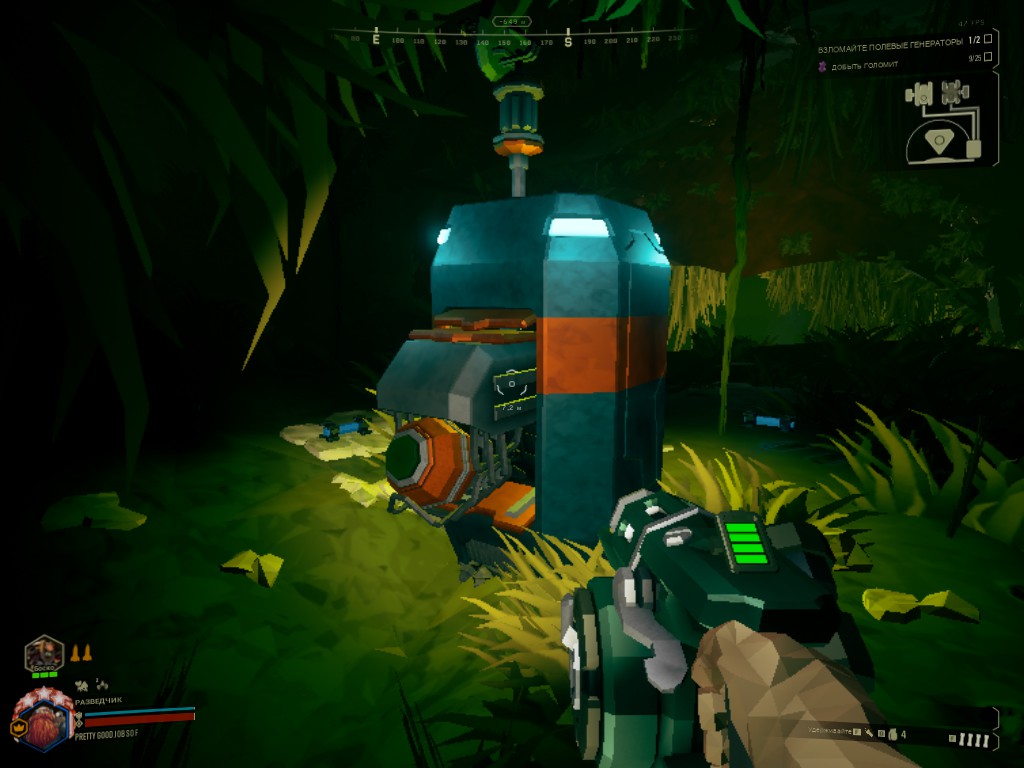 Having found the pod of the burglar drone, we must connect it to the generator.. For this we take beacons, issued by the capsule and place them at a certain distance to the generator itself. 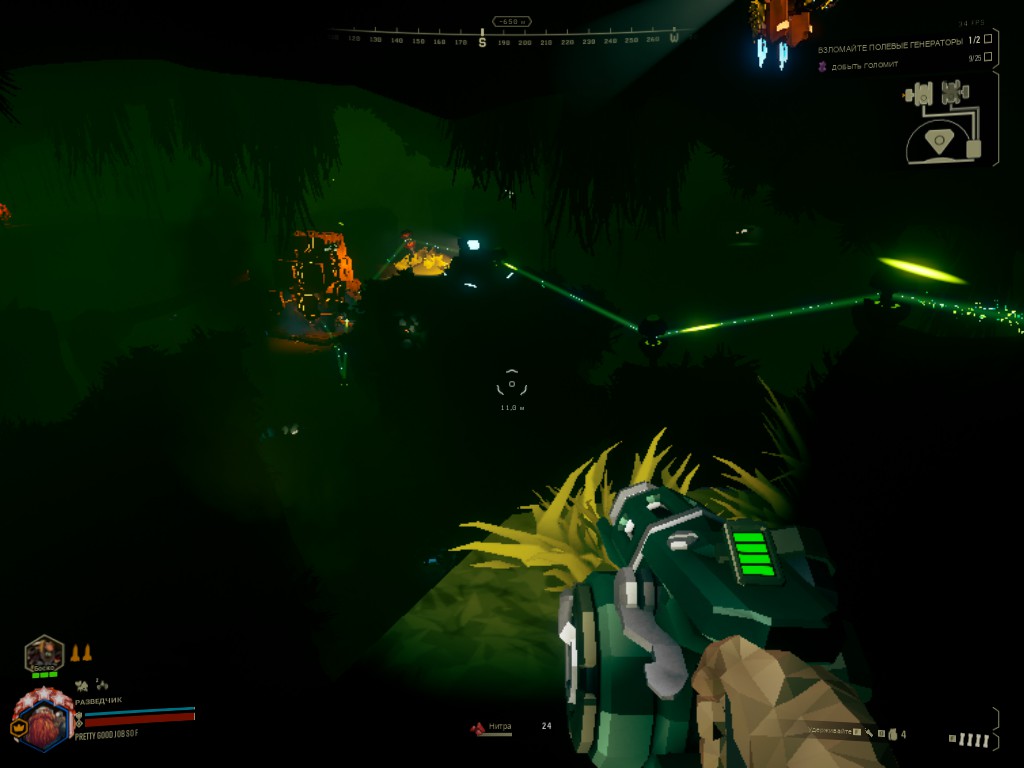 Next, we launch the burglar drone at its capsule., and protect from bugs until then, until the generator is hacked. 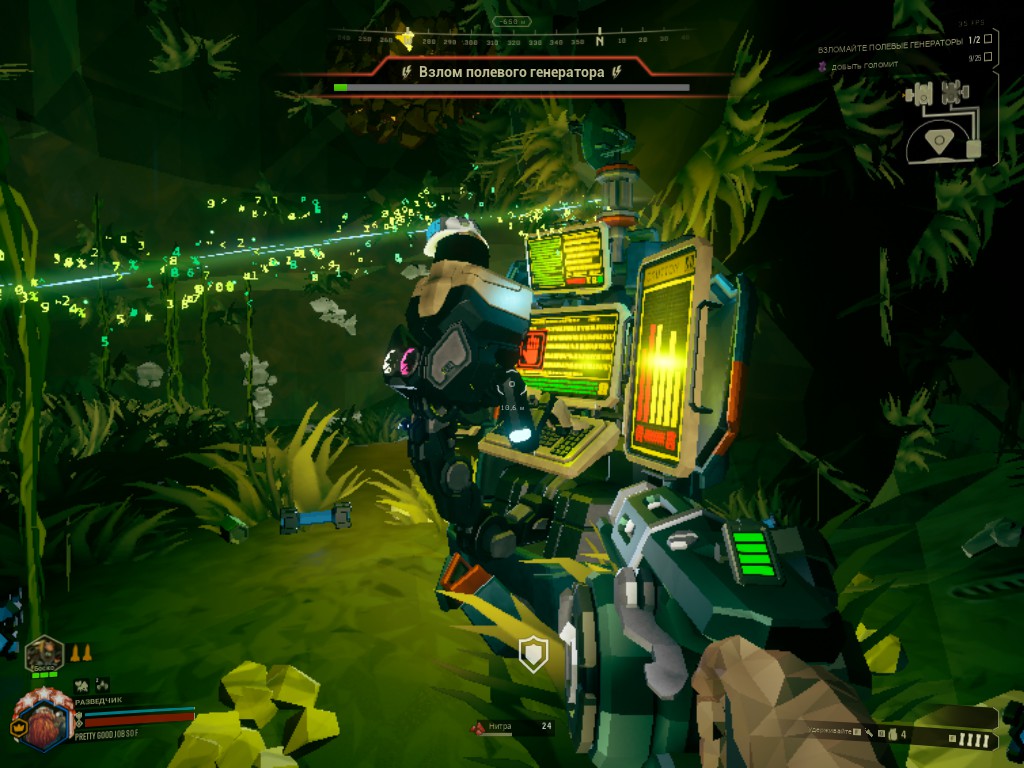 Step five
Having finished cracking two generators, we return to the main structure., the shield is almost disabled, so we are working on. 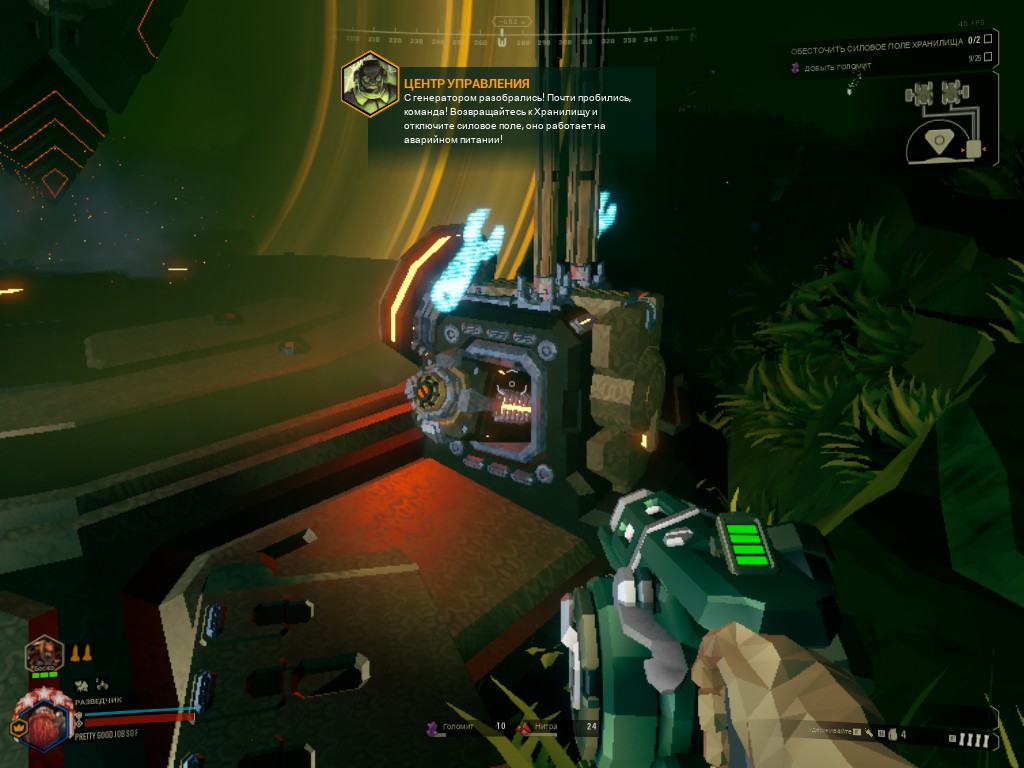 Fixing spare batteries, turn off the force field completely.
Now we need to destroy the caretaker. 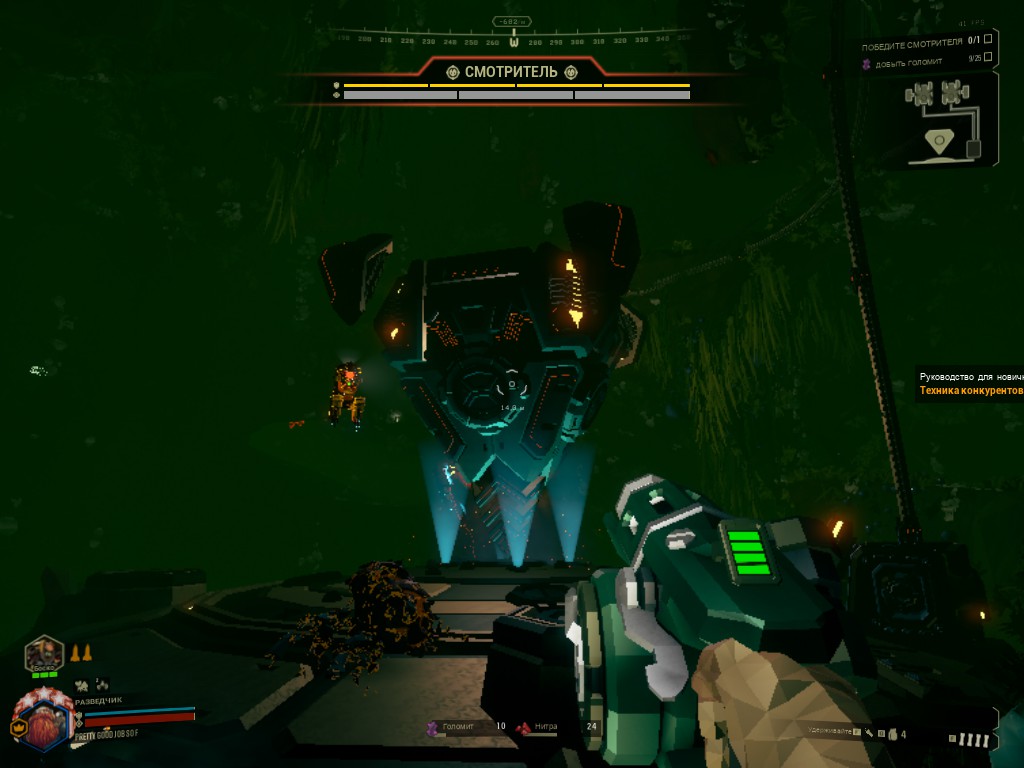 First, destroy the top yellow batteries. Be careful and dodge the fields released by the boss in time. After destroying the batteries, we must shoot at the opening windows on the sides of the boss, but be careful, close up the boss is electrocuted, and from the corners you will be attacked by snake-like mechanisms, which, however, shoot back quickly. After that, how the first health bar will be emptied, the boss will be angry, and will be thrown by bombs, turn on the bunny and dodge them. Then we repeat all that, what did you do before, shoot batteries and windows. After removing the second health bar, the boss will release a bunch of shredders, mechanisms are weak, but inconvenient in large quantities. In the same way, we remove the last health strip for him.. Boss defeated!
We take the data block, loading on molly, and call the escape pod, mission accomplished.
From Pretty good job so far…