Achievement Guide “King of All Isles”

King of all islands.

In this tutorial, I will describe an easy way to get this achievement.. Achievement will be earned by the created character, therefore you will not receive the achievement in this playthrough

Faster than a fox.
Create a character.
In this playthrough, I choose a female character. You can choose anyone. 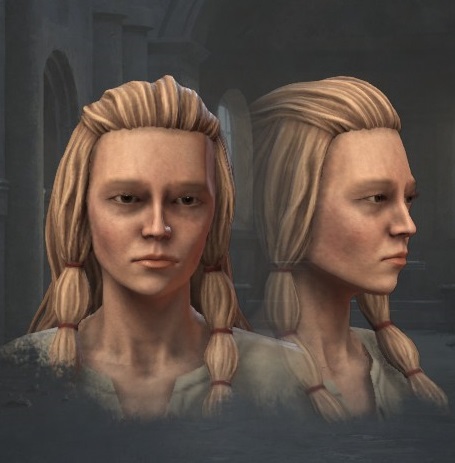 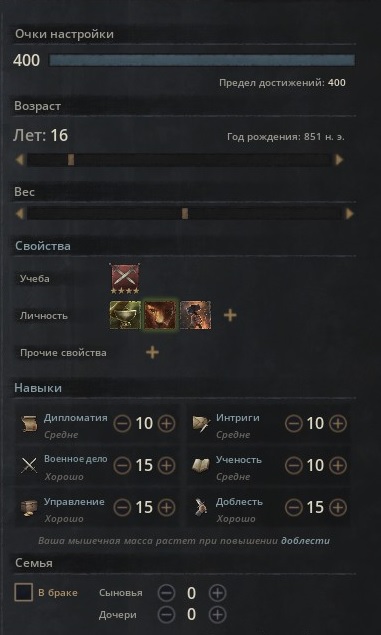 I'm starting in Gotland. In my opinion, this is the best place to get the achievement.. 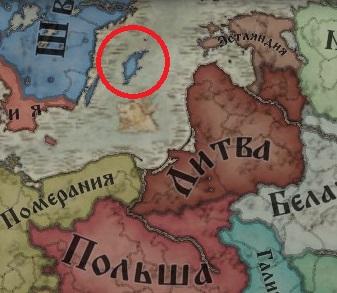 To get the achievement, you need to control everything 52 islands. Among these islands is the Duchy of Maine, and there is a special decision associated with this duchy, which is called “Raise the Kingdom of the Islands”. Very often everyone tries to do it almost immediately., and it may sound strange, but this is a mistake. Yes you will get 7500 special soldiers, many dynasty points, but believe me, your walkthrough with this decision will become more difficult. Of course, this guide will also include the creation of the Kingdom of Maine and the Islands., but much later.
Your walkthrough will be, what is the highest title, which the character owns will be the duchy. And now I will explain why. 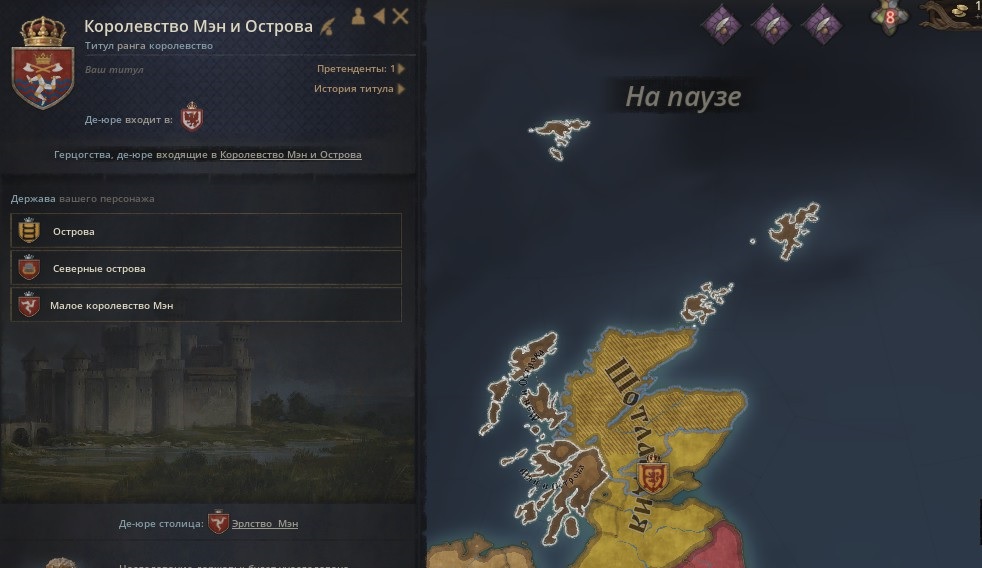 As seen in the picture, de jure only three duchies belong to the kingdom of Maine: Maine, Islands and Northern Islands (the last two originally belonged to Scotland and Norway, respectively, and change their status when making a decision “Raise the Kingdom of the Islands.” It means, that after the creation of the Kingdom of Man and the Isle, all territories, and there are more of them 40, do not legally belong to your character. Vassals will pay less taxes and militias, join factions in order to separate from the overlord, and in general, it is inadequate to respond to the increase in the authority of the crown.
After making a decision “Raise the Kingdom of the Islands” your lands will become feudal, the maintenance of the units will be for gold, and not for prestige.
If you do not create the title Kingdom of Maine and the Isles, your character only owns the ducal title, vassals cannot create a title higher than or equal to your, therefore legally they are completely yours. 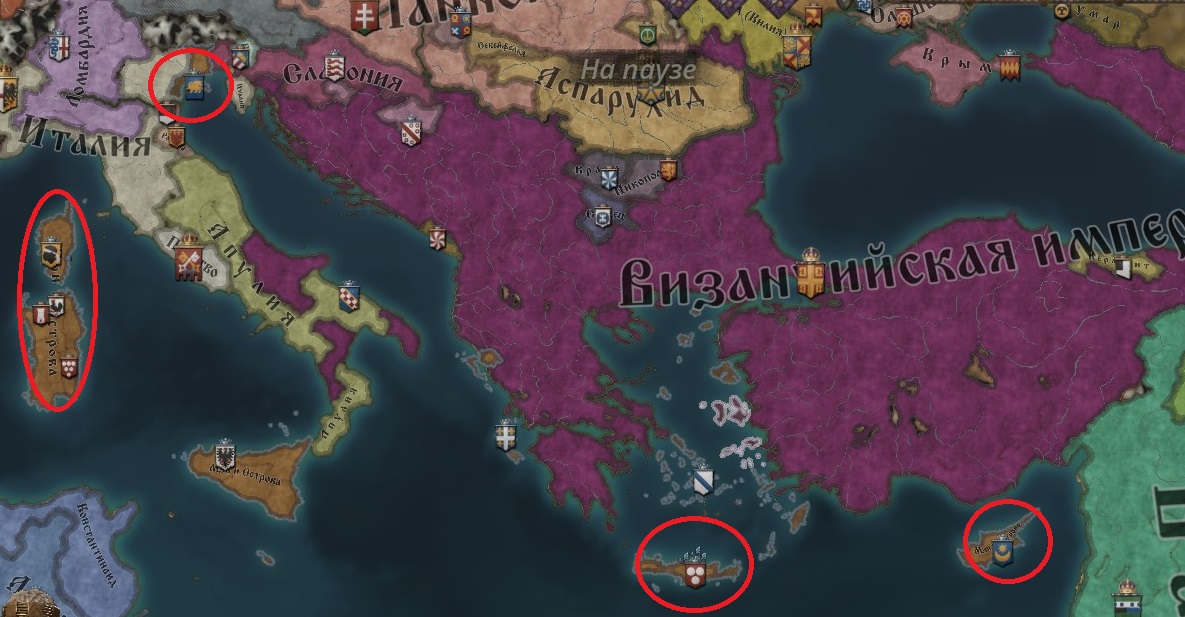 In this picture I marked the islands, which you capture last, since these islands are Kingdoms in themselves, and if you capture them earlier, then you won't be able to use the solution “Raise the Kingdom of the Islands”.
Since your character will own a large number of ducal titles, you always only need one heir. Everything is very simple here. Find a spouse, at the start there are enough characters with good inherited properties, and are waiting for the son to be born. Once born, get divorced, or be celibate, although the acceptance of celibacy makes it impossible to carry out the intrigues of the novel. So you better get a divorce. Marry the heir only when he becomes a player.

Beginning of the game.

Finding the right spouse, and we begin to twist novels with neighboring rulers, the higher the rank, the more prestige. I advise you to start with the King of Lorraine. Due to the properties, which we chose at the initial stage of character creation, you can romance almost everyone. Do not forget about, that the purpose of the novel is to gain prestige, not lovers, bastards and the resulting property of fornication, therefore, I recommend ending all novels with kisses.

We rob and have fun.

Scandinavians maintain an army for prestige, therefore, having received enough prestige, we collect an army and send it to raids. 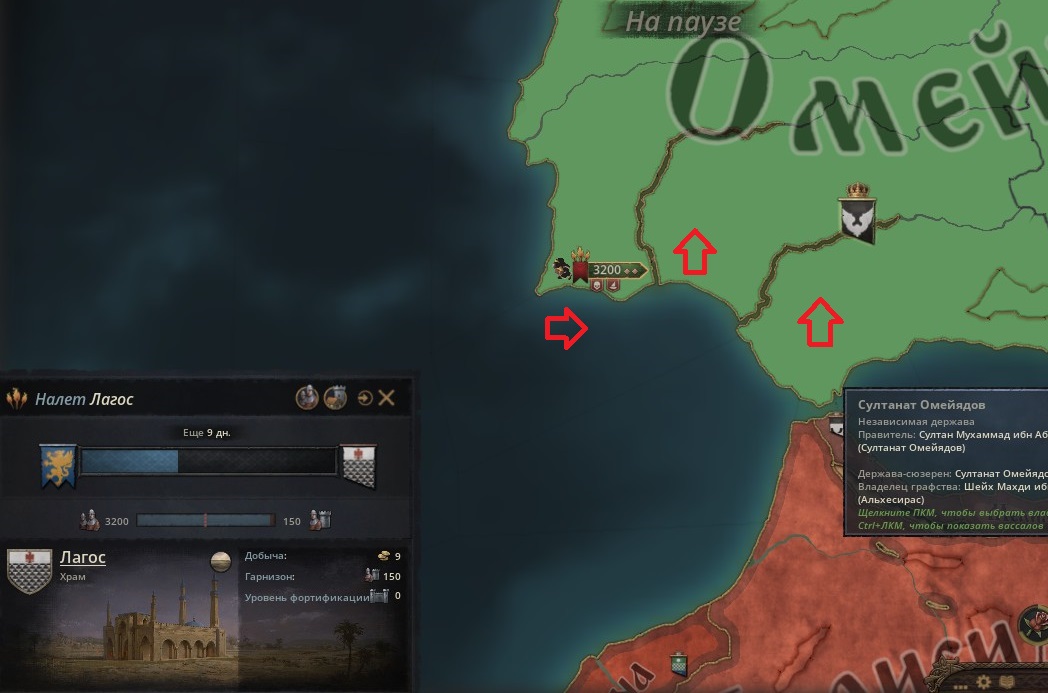 Your army must always march along the coastline, if you move away, then the troops will incur no combat losses, and this reduces the volume of production, and makes the army vulnerable when meeting a defender. Pay attention to the rivers, you can walk along the riverbed, also avoiding non-combat losses. Many large and wealthy cities, Capitals are located by rivers.

Start your first conquest with Ezel.. Having won, make a decision right away “Rally the Jomsvikings” They need to be rallied first., as this will make it possible to hire them for free. 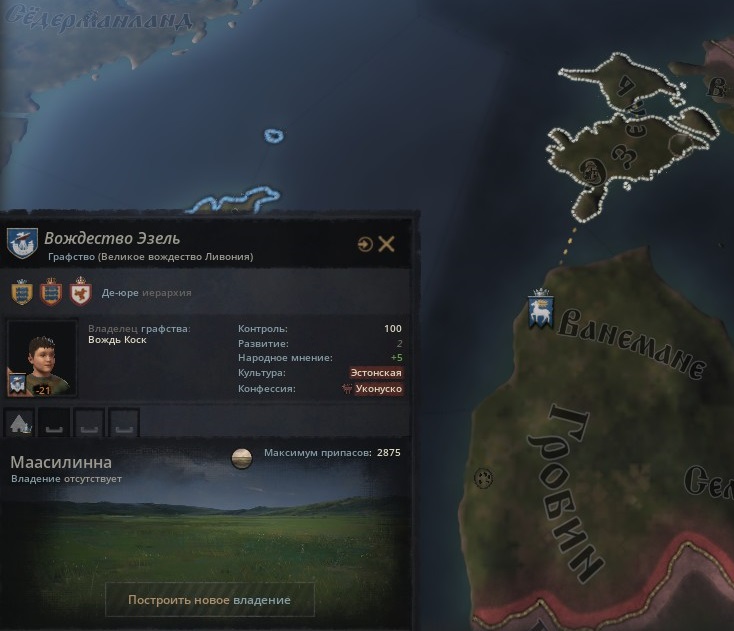 I highly recommend recruiting captured prisoners, if possible, get influence on them and change their confession. After recruiting, make them become knights. No matter how much valor they have, are they one-eyed or legless, yes, even at death. If you can get him to join the Jomsviks Order, such a knight becomes very valuable, because he can transfer the land, which it is a pity to give to the vassal. After death, they will pass to you. The only possible option, if the knight enters fornication, and he will have a child, then the child of the knight becomes the heir, but such a rare phenomenon in my memory. But if it happened, don't forget about the Crown Authority, and the ability to take the title from the lascivious knight. 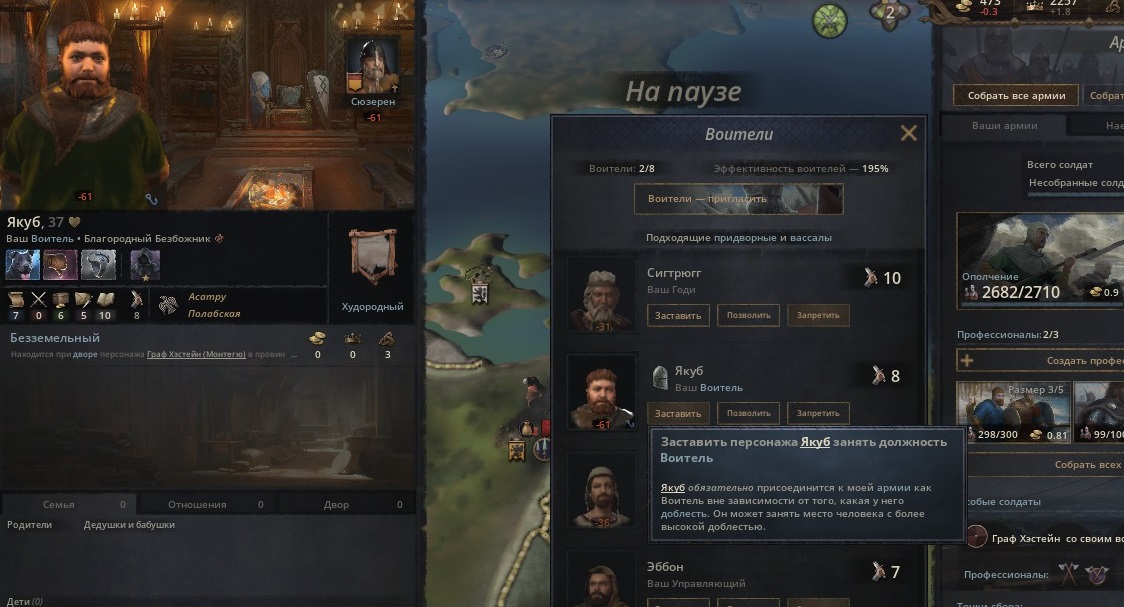 be careful, when you conquer the duchy, see victory conditions. It happens, that with the duchy you get the vassals of the defeated enemy. After all, during the seizure of the duchy, you will receive the dominion of the defeated enemy, if other holdings of the duchy are occupied by vassals, then these possessions pass to you along with the vassals. There is nothing wrong with that, but it happens so, that these vassals obtained during the conquest have claims to that land, which you just got, and you, for example, wanted to give this land to your landless chancellor or marshal. Having received this land, the chancellor / marshal will sit with blocked buildings for a while, and most likely will receive a war from a vassal's neighbor.
This is not all that important for the achievement., but may lead to the loss of an advisor important to you. Watch it.

Change religion and culture in the conquered lands. Even during the life of the first character, I managed to become a cultural ideologist, further Scandinavian culture will disintegrate into Danish, Swedish, and the Norwegian. Do not forget, that for the war with Byzantium you will need siege weapons, and that is why it is important to be a cultural ideologue, and monitor the progress of cultural development. 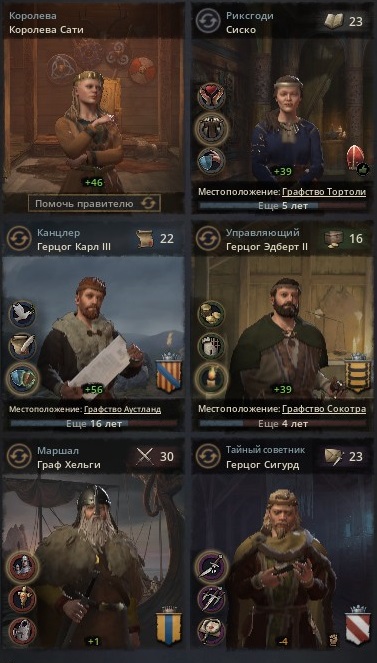 To change religion quickly, you need a high skill advisor. Scandinavians have Gidya / Godi interchangeable, if you come across a stupid advisor, find him a spouse of your denomination, and change. I advise you to appoint him to the post of a doctor., and fix, to notice when he's gone.
Culture and religion change faster in vassal lands. Apparently their advisers are also busy with this., so start from their lands.
Don't underestimate diplomacy. Intelligent advisor diplomat can reduce truce terms.

Since the character is military, I try to develop only individual branches, I go further into scholarship. Do you do it or not, decide for yourself. My development branch looks like this 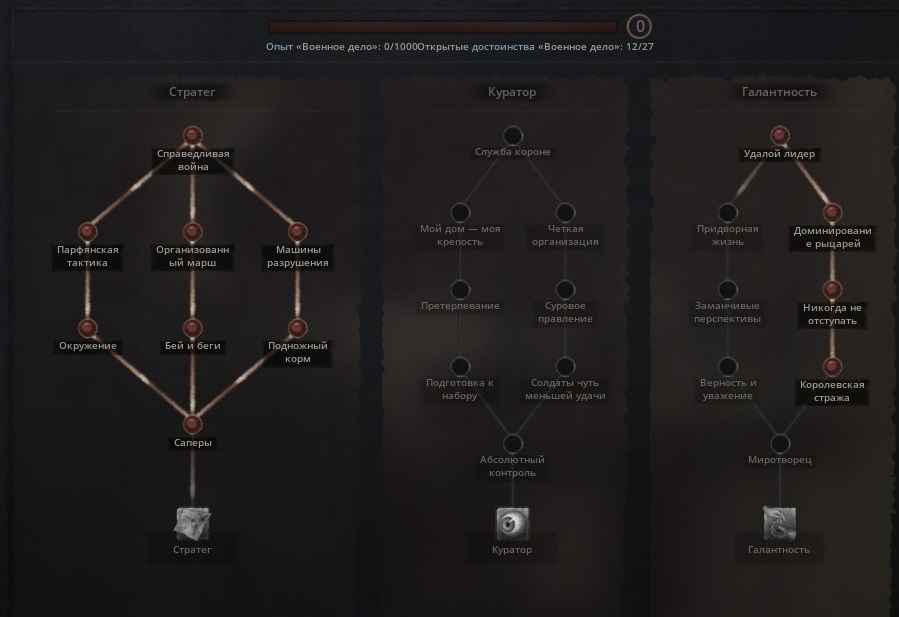 Among your vassals there will be those, who own tribal lands. Don't be greedy and develop their domains. After the transition to feudalism, all buildings will become feudal and this will reduce the cost of pumping them. All tribal lands are marked in the picture below.. 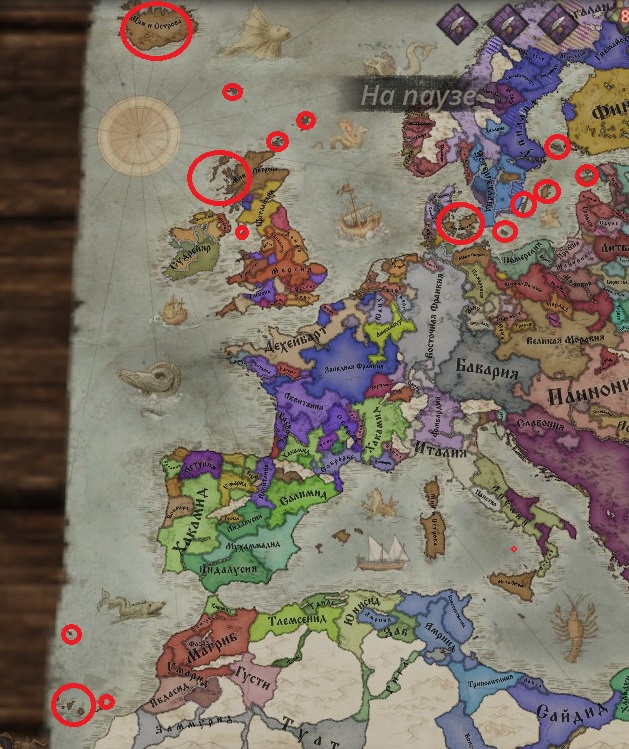 Most of the islands you need are in Byzantium. You shouldn't fight her, until, until you open the siege weapons. Without them, sieges will go on 12 and more months. Your army will lose supplies and be defeated. But, robbing Byzantium is a pleasure. 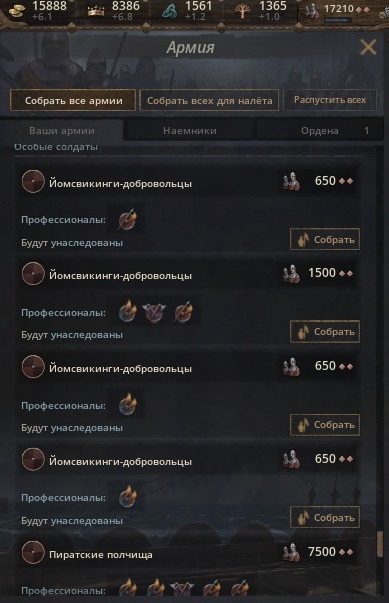 In this picture I have already created the Kingdom of Men and the Islands., But that's not the point. Before the creation of the title, I already had these 15000 gold and 17000 soldier. Once you noticed, what are your raiders about 9000-10000 feel free to plunder Byzantium. 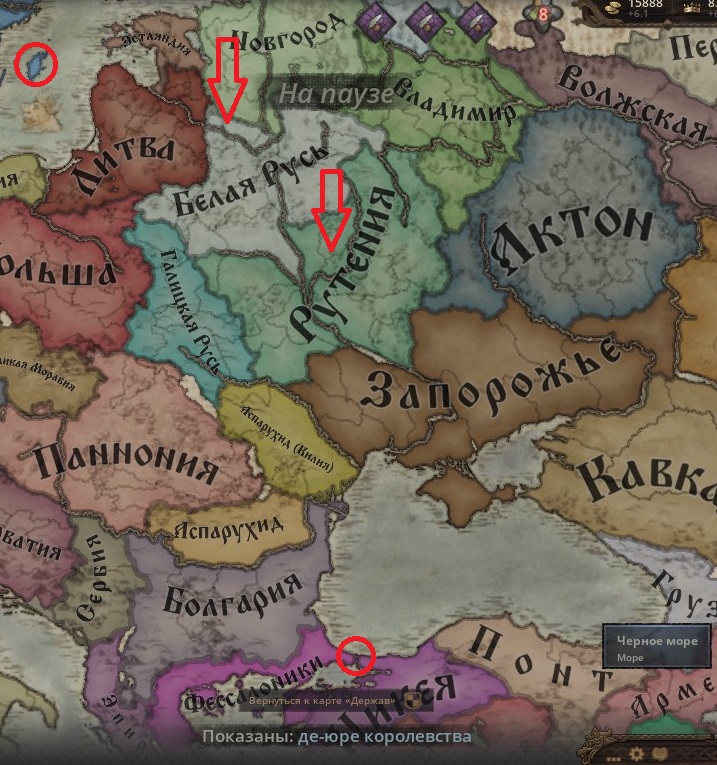 When robbing, it is better to start from Gotland, further your troops will pass through the Western Dvina, then along the Dnieper and go to Constantinople. Rob it, there from 150 to 300 gold, and further along the coastline. Do not forget that robbery reduces control and brings a lot of trouble to your enemies.

Since your vassals cannot create a title equal to your, from this they do not cease to be powerful and even dangerous. In my passage Vassals from the Northern Isles and Isles, divided the Scottish lands among themselves. It happens, that they just keep extra possessions, it happens, what is passed on to children, thus creating your vassals. Dangerous, when they just hold them, and even more dangerous, when they have one heir. In such cases, the best way to give them concubines, with the hope that heirs will be added and the possessions will be divided.
You should also track which duchies will be created.. After all, vassals conquer territories but cannot create a duchy. I had a situation when the duchies were created, and after the kingdom of Scotland. Kingdom of Maine not created. In such cases, I gave independence to unnecessary vassals..

Kingdom of Maine and the Islands.

Whether to create the Kingdom of Maine and the Islands?
I tried several times to get the achievement “King of All Islands” and went to him from the creation of the Kingdom of Maine and the Island. All passages were ruined or turned into some kind of routine into a war with Byzantium and at the same time with the factions of the vassals, who wanted to gain independence. 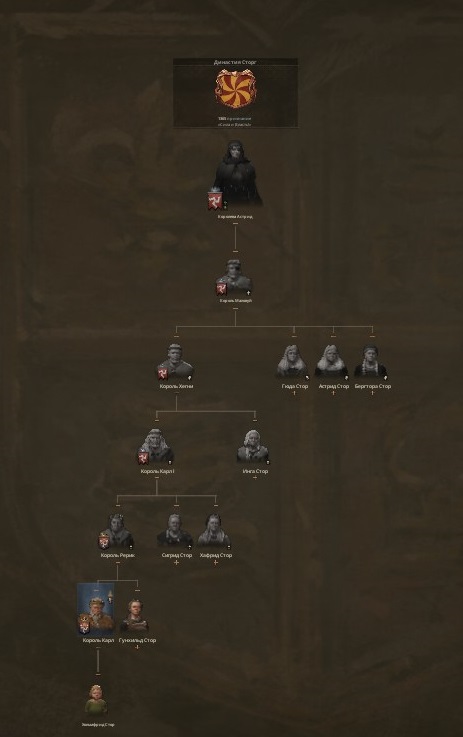