Collected here are all Blasphemous characters with a short description of each.

Our mistress with a scorched face 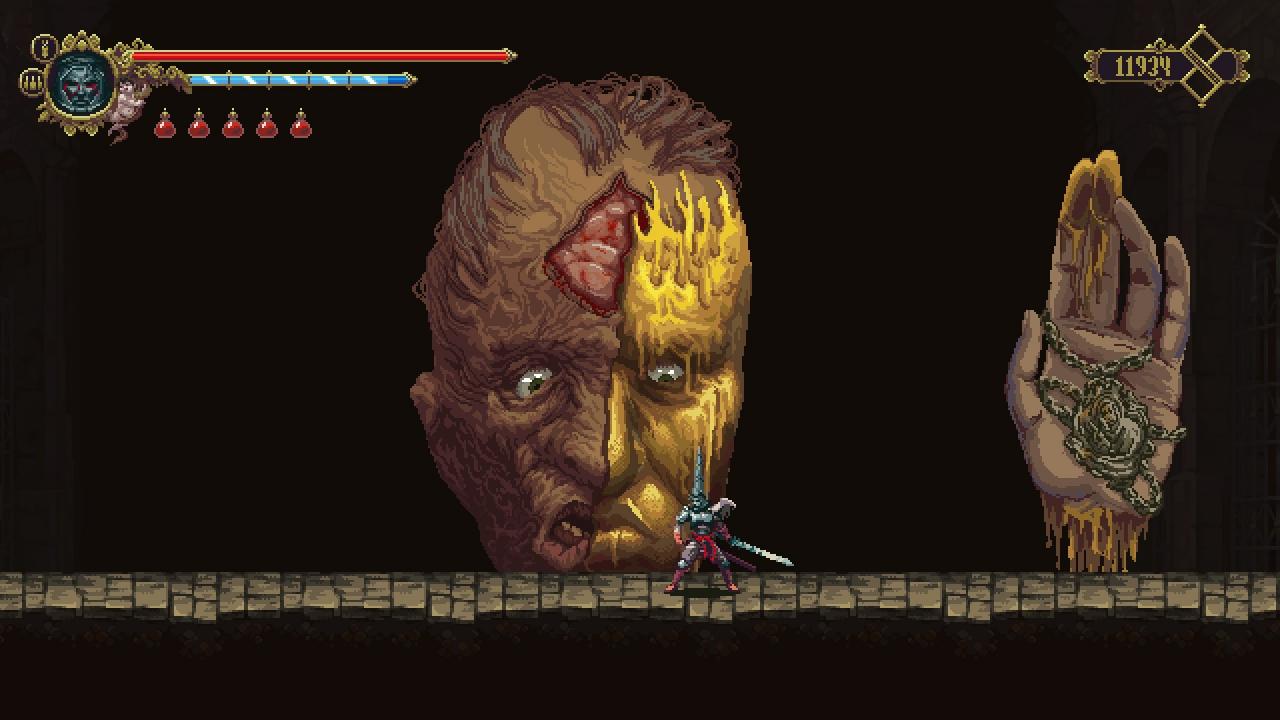 Location – the monastery of our mistress with a scorched face

Transitions to the location – mountaintop graveyard, wall of sacred prohibitions

The battle – deals fire and magic damage, it is recommended to wear silenced bell, shard of gold mask, attacks “laser” rays, fireballs and fire spheres, fire spheres can be hit back at the boss, the repulsed fiery sphere knocks down another similar fiery sphere

Short story: Before she became the mistress of the monastery, she was an exceptionally beautiful girl, so beautiful, that people began to worship her as a deity. Finally, she was tired of it so much, that she poured boiling oil on her face, so that they stop worshiping her as a deity, after which she put on a monastic robe.
Was canonized, canonized as a result of the above self-sacrifice, in honor of her was founded “the monastery of our mistress with a scorched face” 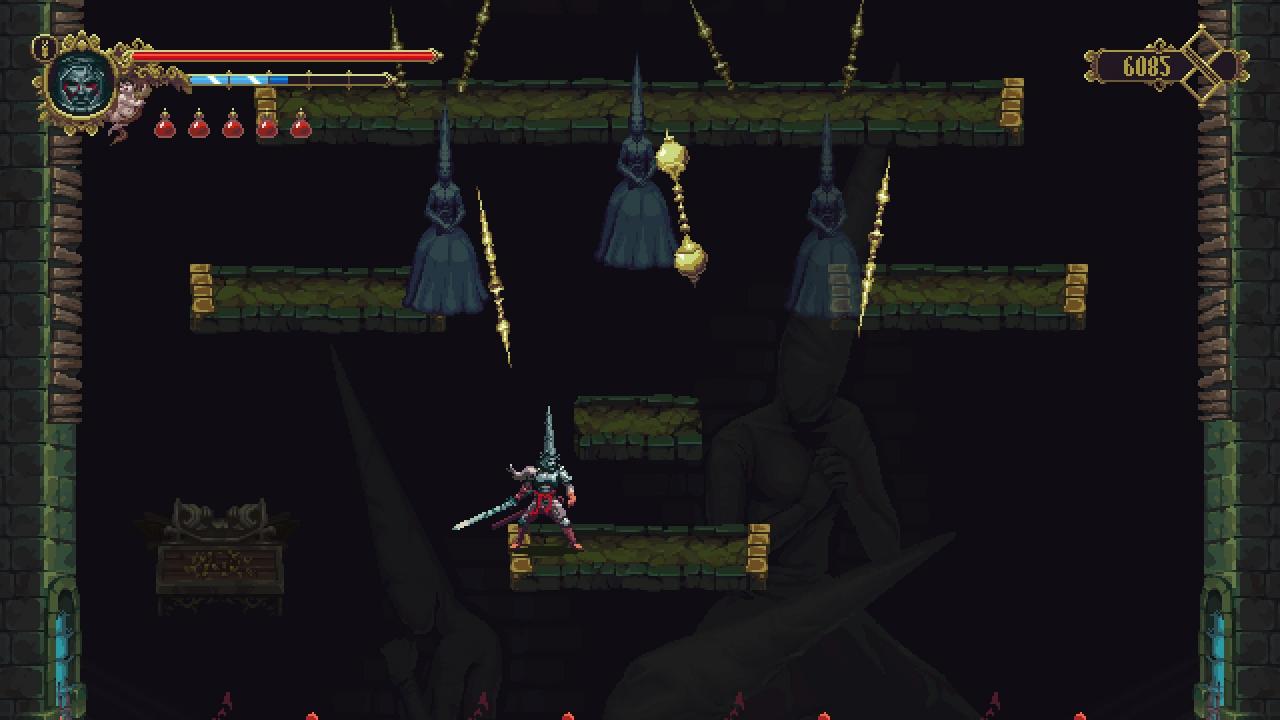 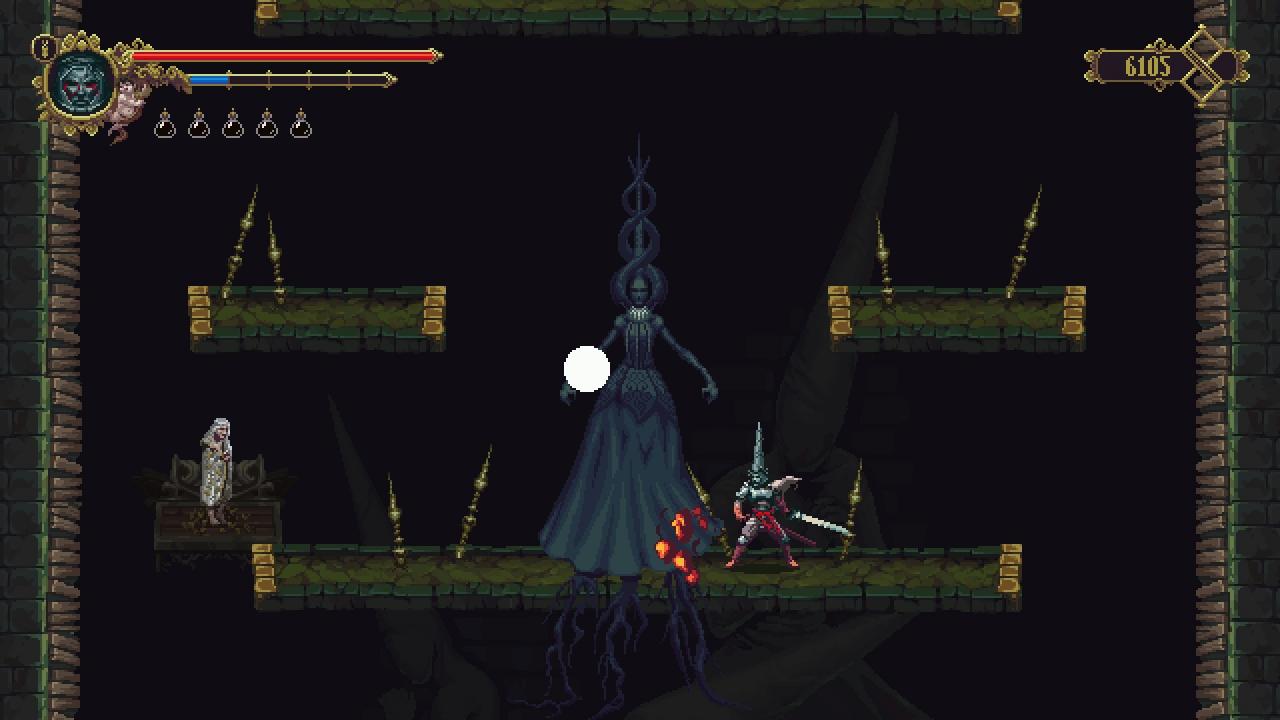 The battle – Attack periodically, the spear can be jumped, you can dash through the club, the club is launched around the perimeter of the arena. Have the ability to vertically line up one above the other next to walls, making attacks simultaneously.
They also have the ability to unite into one big woman., during combining they can and should be beaten, even at that time, while they represent the big black ball, but it is worth considering, that after the unification, magical streams will be created that cause damage and knock back the hero, what can throw it down, the flow can be as one next to the boss, and two streams at the same time.

Short story: are the embodiment of three sisters who prayed to the Miracle as one, later a miracle united them making them “Tres Angustias” 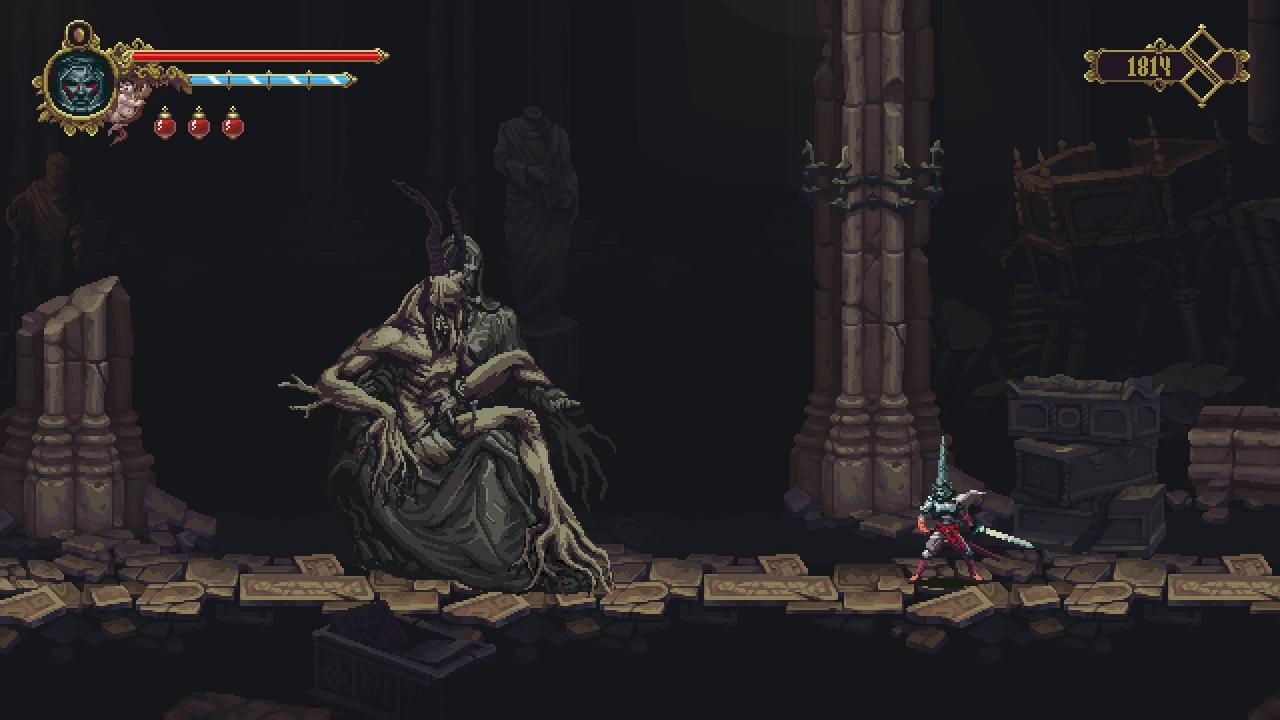 Transitions to the location – wasteland of burnt churches, sleeping canvases

The battle – hits with a hand from below, can be parried, jump over, shy away, kicks the field of which roots will grow in place of the penitent, avoided by dash or parry, can hit the ground with both hands, creating a wave of roots sprouting from the ground on both sides, it is better to wait out such an attack aside, during preparation, you can have time to make a combo of 4 blows, however, then it is better to run away with a jerk

Short story: is human, to whom a miracle appeared in a dream, one day he woke up in Ten'a Piedad's body which he could not control.