Forever Alone
Finish the game, without being bound by the shell.

Can be done immediately with the Life is Suffering achievement.. At the beginning of the game, we immediately run to the break to the obsidian shell – and let's go kill bosses. (without touching a single shell).

Face Off
Defeat Hadern in training.

At the beginning, on training , need to defeat Hadern. The tactics are not difficult. We run away from him. When not attacking or turned to stone, hit him with a running start with a powerful attack followed by pressing petrification…

Life is Suffering (Secret)
Complete the game as Dark Obsidian.

Brigand Life
Waste your life with a baghead.

In stock should be : fried rat and high quality moonshine.

Bars Tended
Get to know all the subjects.

There is a missing item: mango in titanite location, can only be picked up before the boss battle.

Cumulative trophy, it is not necessary to make in one save, can be finished off in a speedrun without shells

Best and faster , perform a trophy on opponents in the starting location, call one for each 1-2 parry before getting a trophy

You Seem Different…
Unlock all shells in the game.

Different Kinds of Grisha (Secret)
Defeat all different versions of Grisha in the game..

Grisha in the game of four: boss in the ice dungeons, one opposite the tower exit, one wandered deep into the swamps and stands under a huge tree, and the latter appears on the site of one of the bandit camps, when you carry one of the glands (he's almost right on the way, rather hard to miss). To achieve you need to kill three, since Grisha, glandular, is a copy of the one standing in front of the tower.

At the boss 2 stripes of life.
The tactics are simple: ran up, hit 2 times, petrified, after hitting the stone hero by the boss, we hit again a couple of times and immediately roll back or sideways. When stamina builds up – then we use special techniques

The boss is light, but does mean things.
When he sticks his sword into the ice, he starts a blizzard, which gobbles up the live bar. You need to run away , a white spot will appear on the floor, this is the attack radius. Watch out for the edge of the arena, on the edge you also take cold damage.
When the blizzard is over, don't run to the attack , since there will be a residual effect and it will blow your mind, better wait for him to switch to another attack.
Stone block is best used on powerful attacks, don't spam him all the time .
The boss is quite agile, I personally passed it in the shell of a king with a hammer and chisel weapon, very useful mov, strong hit from a run , so how do you do the attack jump, which allows you to quickly reduce the distance and demolish HP well.

Final boss. Unlike others “the main” bosses, has only one phase, but compensates for this with a huge amount of health and a varied arsenal of attacks, gradually adding new ones as its helzbar decreases. Melee attacks are all petrified, so the best tactic would be to take Thiel because of the huge amount of stamina, or Harros, because of the perks for fast petrification and the restoration of stamina in the same petrification. Any weapon will do., but I liked using the first sword better.
The first ~ 25% of the boss's health just stand in front of the face and hit him, dodging / blocking his attacks. A dash attack from a distance is also easily deflected by a rock.. After losing a quarter of health, two types of attacks are added: summoning waves, then jumping and dropping bombs and summoning shadow warriors. Waves wash away the character and drop him to the ground, making vulnerable, but don't go through petrification, so it's best to run from the epicenter, wait for the boss jump, move slightly away from the trajectory of the fall of the bombs and turn to stone, waiting out two waves. Shadow warriors are most profitable to fend off, since they have two extremely simple attacks, and excess health will not hurt. They also die from one hit of the first sword., so it's better to focus on them, and then continue to beat the boss.
Losing where

Nailed It (Secret)
Kill two or more enemies with one Balistazuka shot.

The required weapons are created behind the workbench in the tower.. Creation requires tools, which can be bought from a merchant, that stands on top of the same tower, for 8000 container. After creating the ballista, the character will receive several projectiles and a window, in which they will tell, how to use this weapon. Next, you need to find any two opponents in any location, wait, until they line up and shoot

Step Goal
Kill an enemy with a bear trap.

Lure the enemy into a trap, but first remove enough health for him.

Is This a Sparta?
Kill the enemy, dropping it off the platform.

To get the trophy, you need a skill that allows you to use a kick (can only be used if there is determination) , after obtaining this skill, we find any enemy who is standing next to a cliff in a swamp and kick him off the cliff , your trophy)

Bring the Glands Back to Me (Secret)
Bring the iron to the Dark Father.

Awarded when transferring Iron from the boss, To the Dark Father in the Tower of Folgrim.

The Good Times are Killing Me (Secret)
Play a rogue.

Find a mob, who plays the lute and play with him, not all enemies are friendly (you can find the lute in the chest by the first bonfire, at the beginning of the game after a long tunnel).

It’s a me (Secret)
Kill an enemy with a strong blow while falling.

To get this trophy, you need to pump a general skill – "Memory of Knowledge". At the first location in Falgrim Forest, in the place where sister Guinness stands with the merchant Vlas, on the lower tier of the Tree, Robbers are sitting by the fire. From the ledge of the second tier, we run in the direction of the gang, until you fall, press a heavy blow on R2 ( to kind of jump in the air) and permeate the petrification, then the Persian casts "Superman strike" and kills the rogue with a shockwave. This method can be performed in any similar place in Folgrim..

The achievement drops after you pet the cat near the merchant on the tower.

Lute Hero / Lute connoisseur
Reach the maximum level of familiarity with all the lutes in the game.

Change of Heart / A New Look
Bring the seed for Hadern in The Virtuous Cycle.

Master of None / A little bit of everything
Acquire all four Axatana weapon instincts in a single cycle..

No Lifer / Absolute darkness
End the cycle in The Virtuous Cycle in obsidian black body.

There Can Only Be One / There will be only one (Secret)
Destroy all kinds of dark shells in The Virtuous Cycle.

True Nektar / True nectar (Secret)
Bring all the seeds to my twin sister and break the cycle.

The Answer / Answer
Develop the Hadern skill tree to the limit. 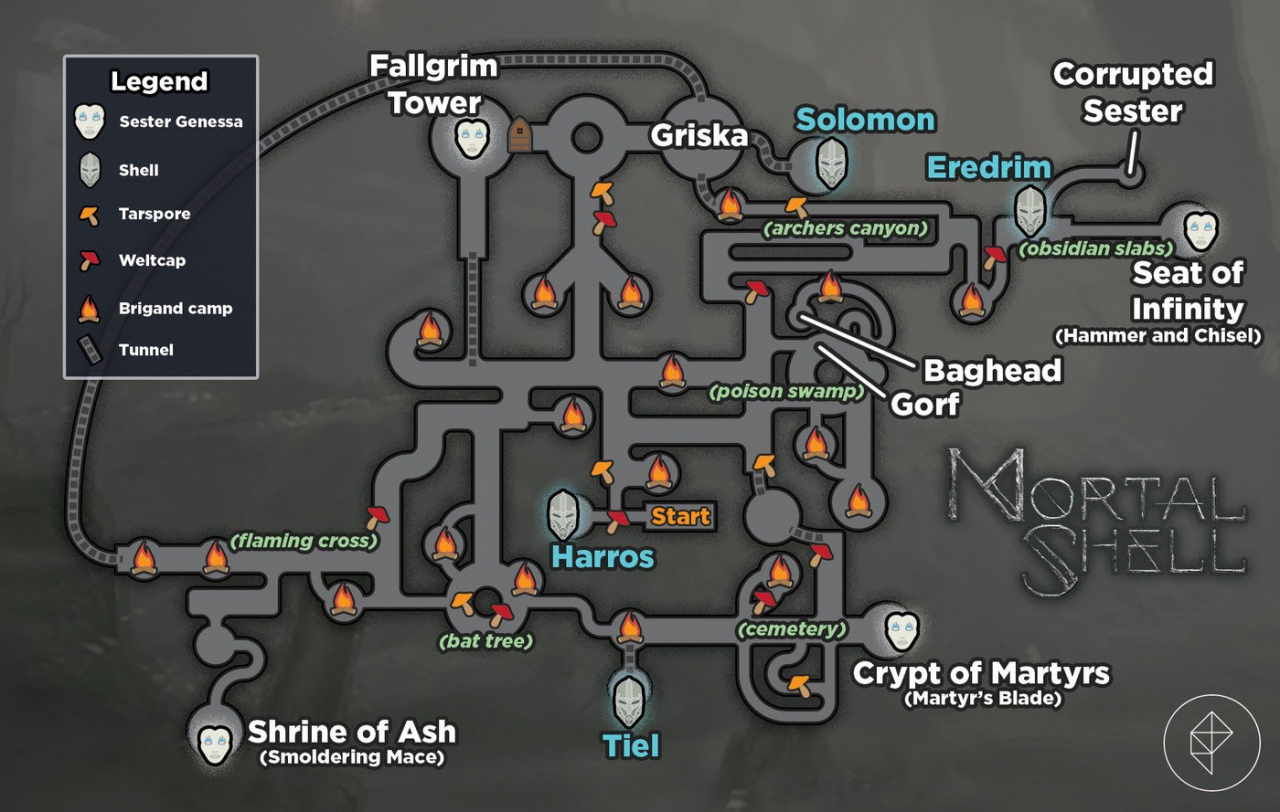