The game path for Mortal Shell is the recommended path for the main campaign of the game., it aims to ensure the important moments of the game , to avoid any missing important aspects , such as relevant locations, NPC, subjects, and also involved boss meetings. You can visit our step by step guide page. 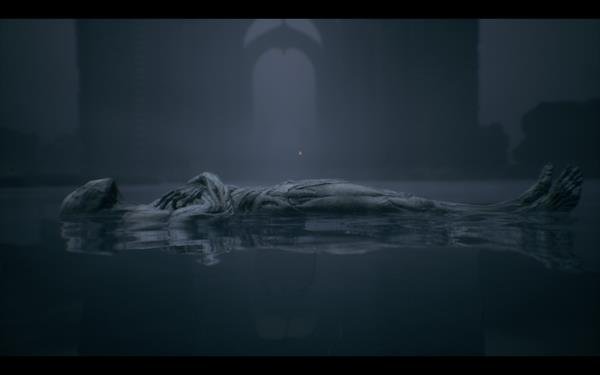 Move forward and walk past the gate, where will you find your first tutorial. To complete this part, you need to dodge, and then dodge twice in a row. To finish, hold the harden button and let the enemy attack you.

Walk up to the statue and interact with it, to get the Sacred Sword. Walk through the gate, to complete the attack tutorial.

Take 1x Mortal Token and keep going forward, you will see a large open gate. Before you go inside, inspect the area on the left. You will find another 1x Death Token, thrown in the corner.

Fight Hadern, and the training will be completed, and you teleport to Fallgrim. 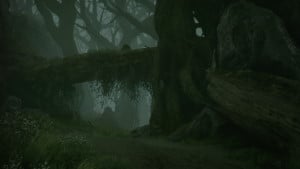 Crawl out of the cave and explore the left area, to get the Harros shell . Continue and head towards Fallgrim Tower .

Talk to Sister Genessa and go up to the second floor. Raise the Faded Seal, to free the Old Prisoner.

Go outside the tower and find a cave. Defeat Grisha and open the chest, to purchase a Mechanical Spike (thing). Head to the back of the cave, destroy branches and crawl, to find Solomon's Shell.

Head towards the Eternal Narthex. Before you go inside, you will find the Eredrim Conch . You can also find the Damaged Sisters on the left side. Go to the house and talk to Sister Jenessa. Interact with the book next to the statute and defeat Hadern, to get the Hammer and Chisel.

Return to Fallgrim Tower and this time head to the Abandoned Room.. When you get to the outskirts of Fallgrim, explore the right side of the bandit camp, and you will notice the tunnel, branchy. Once inside, Defeat Ven Noktivaga and receive the Shell Tile. Enter the Abandoned Room and talk to Sister Genessa. Interact with the book next to the statute and defeat Hadern, to get the Blade of the Martyr.

Return to Fallgrim Tower once more and head towards the Temple grounds. Once inside, talk to Sister Genessa. Interact with the book next to the statute and defeat Hadern, to obtain the Smoldering Mace.

You can visit the main locations in any order, but this is recommended due to the complexity and length of the study: Temple territory, then Abandoned Camera, and then the Eternal Nartex

You can also explore Fallgrim's Known Locations for more loot and lore.. A secret alternate ending can be unlocked, talking to Baghead. 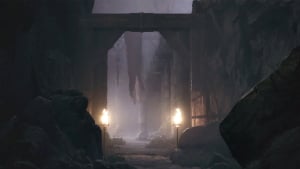 Head inside and talk to the Genessa sisters. Interact with the book near the charter and defeat Hadern and acquire a smoldering mace.

Further straight, until you find a grave. Open it, and the door, the one on the left will be unlocked, and you will acquire Foundry Stone.

Cross the door and keep going. You will find several closets along the way. One of them has 1x Quenching acid inside.

Keep going forward and clear the big room. On the left side of the room, you will find a tomb..

Continue forward and climb the ladder. Defeat enemies and talk to Sister Genessa. You will now reach the Ash Monument. 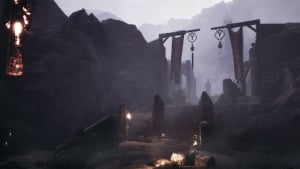 Defeat the Burning Knight with Dual Weapons and enter the building.. open the door, located on your right, and take 1x Quenching Acid, located inside Iron Maiden.

Defeat the enemies at the end of the room and you will find a chest with 1x Solemn Offering inside.

Go back and keep going forward. You will find a bridge with a grave in the middle. Uncover the tomb, to get 1x Awakened Stone.

Keep going forward and open the door, to get to the Shrine of the Flame 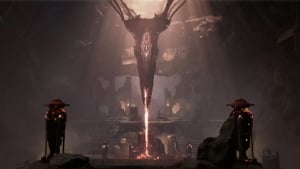 Talk to Sister Jenessa and go to Nectar. Boss vs. Imrod, The unrepentant will begin.

Defeat Imrod, Unrepentant and pick up 1x Glimpse of Annihilation. As soon as you teleport back, interact with the body, to get Inflamed gland.

Deliver the Inflamed Iron to the Old Prisoner, to get the Infusion Seal – Inflamed Tarnished Seal Ability. 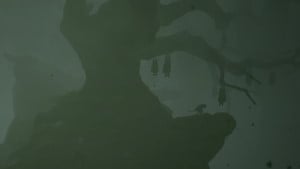 After you purchase your first hardware, Fallgrim will be covered in Mist. During the Fog, all enemies are replaced by Ghouls and Grisha, and you can open Frog Chests.

Fog is a great place to farm Glimpses, since you can defeat 2x Grisha this is a re-spawn. You can also find useful items, such as Molten Thorn, Shawl of the Martyr, Pupil's rag, Sister Binding and Quenching Acid.

Once you're done, talk to me. Tezus and pay him 1 glimpse, to cancel the fog and continue the journey. 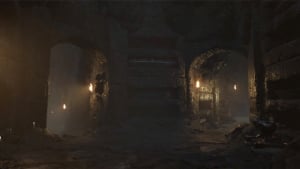 Come inside and talk to me. Sisters of Genesis. Interact with the book in the next room and defeat Hadern to acquire the Blade of the Martyr.

Keep moving forward and explore the area you want. Crawl to the other side and you will find a tomb with 1x Petrified Winter Glass

Go back and continue to the left. Defeat enemies, and you will find a chest, guarded. Pursuer. Defeat him and open the chest, to get 1x Quenching Acid

Continue your descent and fight with Enslaved Grisha. Defeat him and move on. You will find Sisters Jenessa and a chest with 1x Solemn Offering inside. 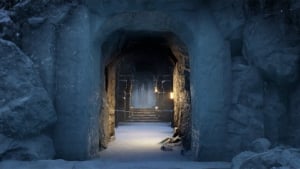 Continue forward and down the ramp. Defeat enemies and keep walking, until you find a small hexagonal room. Examine the back of the room and you will find a chest with 1x Shining Winter Glass

Keep moving forward, until you see a hole on the left, through which you can crawl. On the other side, you will find a chest with 1x Quenching Acid

Keep going down, until you find the Altar of the Martyr

Altar of the Martyr 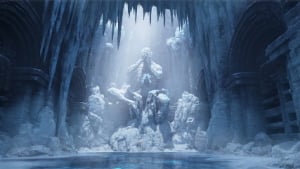 Talk to the Jeness Sisters and pick up the highlights, fallen to the ground.

Explore the back left of the room., to find a chest with some items inside.

Interact with nectar and defeat Tarsus, First Martyr. As soon as you return, interact with the body, to get Crystalline Iron

Return to Fallgrim Tower and deliver the Crystalline Iron to the Old Prisoner.. 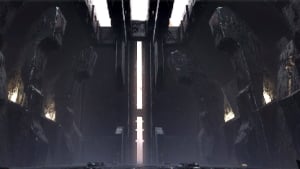 Speak to the Jeness Sisters. Interact with the book and defeat Hadern to acquire the Hammer and Chisel.

Go outside, and you will find two teleports. Use the one, what's left. You need to activate three torches, to open the gate. One on each side and one in the middle.

In the right place you will find the Torch at the top of the ramp, guarded by robbers. Below the ramp you can find a secret teleport, leading to a chest with 1x Solemn Offering

The last torch is in the middle. Once you activate it, you will have to fight and defeat a couple of Red Ghosts.

Head to the Dim Gate and step on the golden plate. As soon as the door opens, go inside. 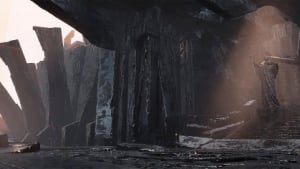 Come back and go, until you find a couple of lost platforms. Jump over them, to get to the secret location with 1x Quenching Acid

Come back, using the shortcut, and follow the road, until you get to an open area. On the left you will meet Brether Corvid. If you talk to him while using Eredrim you can kick him and purchase 1x Glimmer of Cowardice 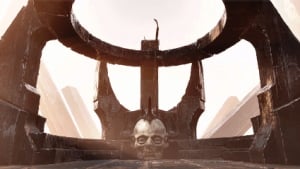 Talk to the Sisters of Genessa. Explore the left area, and between the scriptures you will find a teleport. Use it, to get to the secret place with 1x Dirty Censer.

Drink Necatar, and you will fall on the battlefield. Defeat Crucifixion, Twice-born.

Interact with your head, to get the Nodular Gland.

Return to Fallgrim Tower, you will notice, that the road is different now.

Deliver the Knotty Gland to the Old Prisoner to purchase the Seal Infusion – Knotty.

You will now have all three glands and can fight the Old Prisoner. 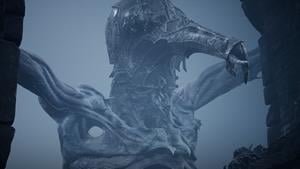 Once you deliver all three Glands to the Old Prisoner, in that place, where he stood now, a hole will appear.

Go inside and fight the boss Agacinth Unbound. Defeat him, and you finish the game.

You will be given the opportunity to start NG + (lose your progress) or keep playing until then, until you decide to move forward.