I'll tell, where the bodies of the squad members rest “ARES”

Sure, even before meeting with the quest giver in City, settling under Dome, you stumble upon a nameless skeleton, most often write “Black Wing Officer“.
You will find various belongings and, of course, an army token..
Scan will show, that the remains belong to a special unit soldier “Ares”. After speaking with the master sergeant Atom Peyton near the monument to the First Settler you will be asked to find tokens of all 18 fighters.

In order not to spread scribble and not to introduce you to topographic cretinism, did not begin to paint where the locks themselves are. Below is just a map Domes. 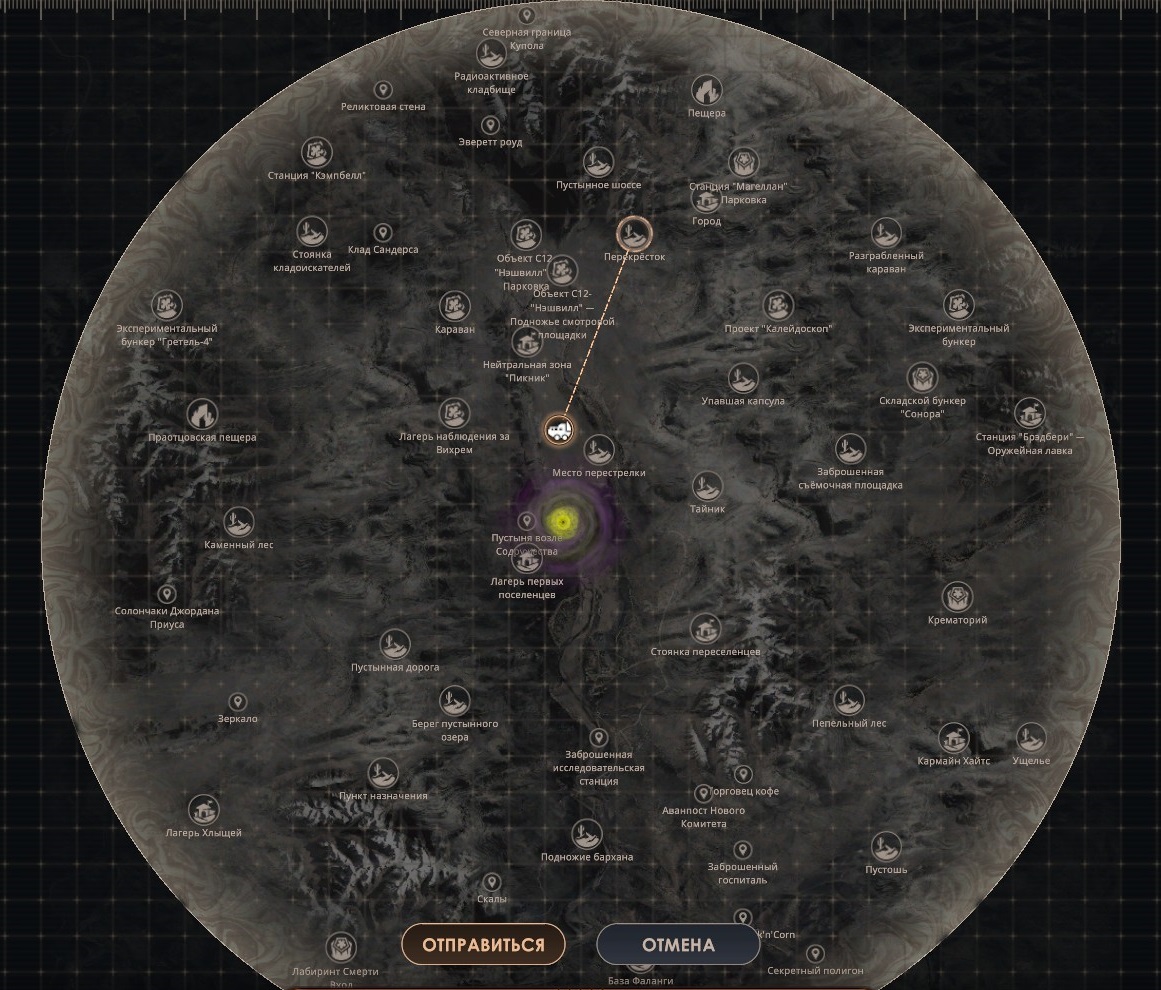