The Complete Guide to Fish, fish species, fishing and baiting. Also, this guide to the right bait and the location of a certain type of fish. And kaneshno you will find out where and what kind of bait is digging

A fish — не агрессивные существа в Sea of Thieves. There are ten types of fish in total, which can be caught and cooked, to eat and sell to the Fellowship of Title Hunters, reputation and gold.

Fishing requires a rod and bait (different for different species). Some species can only be caught under certain conditions (see details. below).

Fish can be caught in 2 dimensions: regular size fish and large trophy. Trophy fish are less common, and it's harder to catch them: they resist more actively and rest less often. Also, trophy fish can be recognized by the prefix “Elite”. Trophy fish brings more rewards and more reputation with the Brotherhood of Hunters.

From the Brotherhood of Hunters, the player can get three Ranks, related to trophy fish:

Fish is food, which can be eaten in two bites. In order to improve its properties, fish can be cooked on the stove. If the player eats the cooked fish, it will restore his health and increase it. Burnt fish only regains a small portion of health. If you eat two servings of raw or uncooked fish, the character will immediately vomit.

Whole fish can be sold to the Brotherhood of Hunters in any condition and at any stage of obtaining the rank. Selling cooked fish brings the most gold and reputation.

Time for preparing (in seconds) 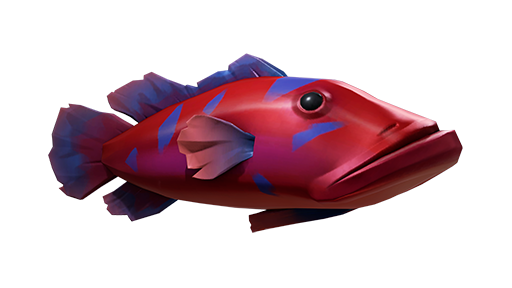 Splash tails are found almost everywhere on the high seas. The most common type of fish. Not found in ponds.

To catch a spray tail, no bait needed.

“Prudniki are always hungry fish, living in fresh water. They are also called “the exile's supper”.” 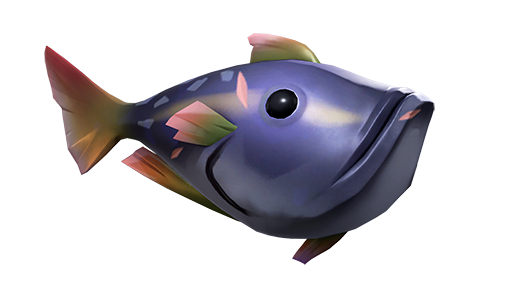 Ponds are found in fresh water ponds. In these reservoirs, no fish is found anymore..

To catch a pond, no bait needed.

“These unusual fish live mainly near the coast. According to the legends, the sea people keep them as pets. ” 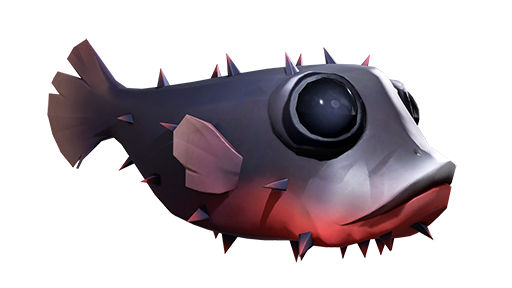 Bregoprygs are found on the high seas and are found only near large islands.. Every kind of breghopping, except rare (Ebony) can only be found near specific large islands. Fishing area is determined by the area of ​​the island map.

To catch a breghopper, no bait needed. 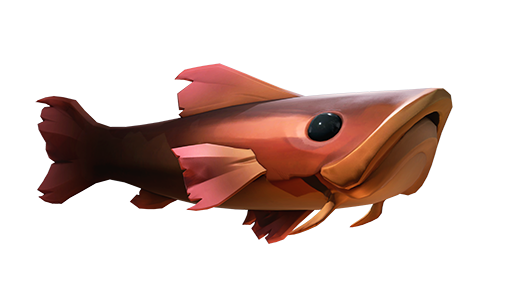 Scallops are found on the high seas in the Ancient Islands region. You need to catch them south of S-26..

Use leeches as bait.

“They come from the Shores of Plenty and, rumored, bring good luck - everyone, except for earthworms, which are eaten especially willingly. " 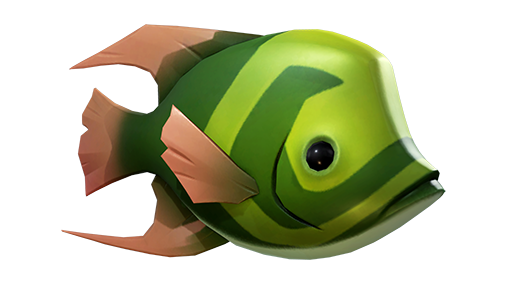 Abundant are found on the high seas in the Coast of Plenty region.

Use earthworms as bait.

“To catch a porcupine, cook earthworms. Its meat is harsh, but he lives well and reproduces in the most severe conditions. " 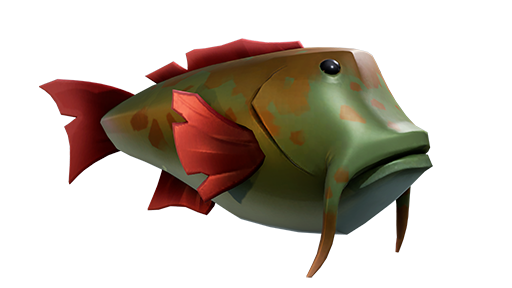 Wildlife sprays are found on the high seas in the Wildlands region.

Use earthworms as bait.

“The Devil's Throat is not the best habitat for living beings. They say, these fish feed on boiled larvae, that's why we survived. " 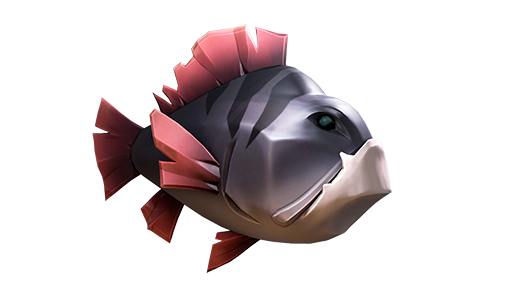 Devilfish are found on the high seas in the Devil's Throat region. The farthest square to the southwest, where to find devil fish, — W-25.

Larvae should be used as bait.

“It is considered, that goofs do not appear for good. However, if you have maggots for bait, this fish only portends a good dinner!” 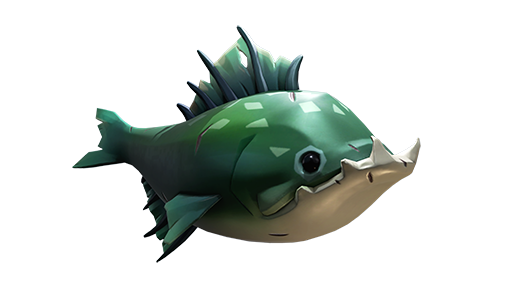 Boegills - fish, attracted by danger. You can find it on the high seas near the battlegrounds with skeleton ships and skeleton forts..

Larvae should be used as bait.
Battlegames cannot be caught near an active Fort of the Damned or Phantom Flotilla.

“These monsters love darkness and earthworms.. Sometimes because of their lights they are called “By the lanterns of fools”.” 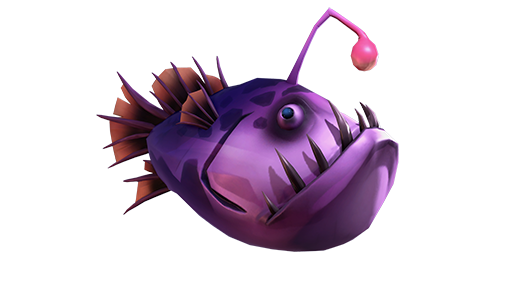 Shipwrecked can only be found near shipwrecks.

Use earthworms as bait.
Fat Shipwreck is a unique type of fish, since you can only catch it near the wreckage of ships and during a storm.

If the line touches debris while fighting the fish, she will tear. The best way to fish is to sit on the wreck itself., so that the fish always pulls the line from them. You should try to find a place away from the edges., for example on the mast.

“This warlike ocean fish prefers leeches. She has a long muzzle, which, according to Merrick, withstands even a lightning strike!” 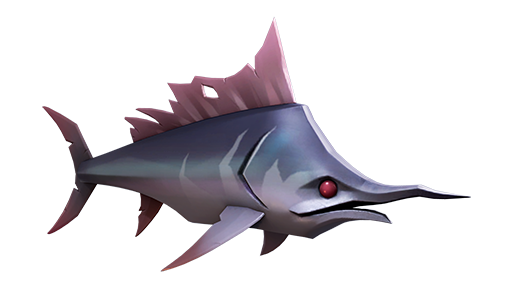 Bureviks meet on the high seas inside powerful storms (which can be determined by the rotation of the compass needle and the ringing of the ship's bell).

Bureviks are mostly found in certain regions.. Rare and nocturnal options can be caught anywhere, except for the Devil's Throat, where there are no storms.

Use leeches as bait.

so. There are only three types of baits in the game: Larvae, Earthworms and Leeches. Each for its own kind of fish, Exceptions are Mud Tails, Pond Snails and Bregoprygs, who are caught without bait, in principle, and eat any.

Can be carried with you at the same time 10 pieces of any bait +1 on a fishing rod. A shovel is used to extract bait..

You can also get bait like loot in barrels and boxes..

Larvae are caught almost everywhere, where is the sand, if only not close to the coastline of the sea.

Worms are a bit more complicated., than with the other two species. Worms can only be dug up in areas covered with grass or other vegetation.. When mining, there is a characteristic sound of digging the ground.

Probably, the easiest bait to catch. Harvested along the coast as close to the water as possible.

In addition to fish, many interesting things can catch on the hook..

The so-called treacherous prey – it's essentially rubbish (except for one thing), which with a small chance can be fished out of the water.

Advice: easiest to catch this “rubbish”, for which Merrick (lava from the Brotherhood of Hunters) gives achievements – in the ponds. Yes, when fishing for the well-known pond snails, as they are caught faster, and hence the chance to catch “junk” rises.