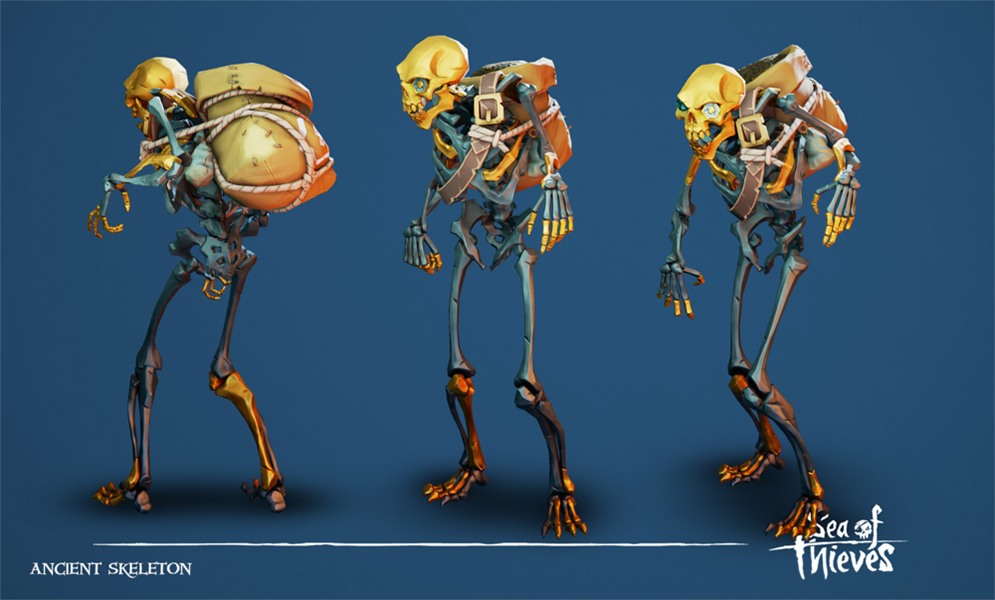 Ancient skeletons can randomly spawn near the player on any island and in any fort, like in adventure mode, and in the Arena. The chance of them appearing is very small., but still more, - a rare type of skeletons in Sea of ​​Thieves. They usually appear one at a time., and there is no clarity, is their appearance associated with waves of ordinary skeletons. There are reports that, that they occur more often in places with a large number of players. The longer you are on any island, the higher the chance that this skeleton will appear on it. - a rare type of skeletons in Sea of ​​Thieves, the feeling is created, that they stop appearing, when servers are closed for a merge, to prevent PvE servers from farming them. After the appearance of the ancient skeleton, the player will have 20 seconds for that, to destroy it, otherwise he will run away, back underground.

After the destruction of the ancient skeleton, the team, who did it, gets Ancient Coins. The award does not apply to teams, allied with the team, who killed the skeleton.

The exact number of received coins is not displayed on the screen, as is the case with gold and doubloons. However, the approximate amount can be determined by the level of the reward., which will be shown in the post.

Note: the number of coins on each level, indicated in the table is an approximate, player-based.