Playing on many servers, noticed that many ruiners became mediocre, it's time to treat this disease.

Introduction.
In this guide, I will describe methods of ruinering that are almost never used., here I will not tell you the typical methods of ruinering, remember your success in ruinering depends on you, I'm just describing the ways.
The first way.
I'll start with the best I've seen at the Ruiners on vanilla submarines.. The method is to prevent people from docking with the station, we find the right moment the start of the round is best at the station.quickly descend into the submarine and run to the navigation terminal, then you need to throw one wire of the Component and into the converter_v or speed_v (the screenshot shows where to throw the wires) 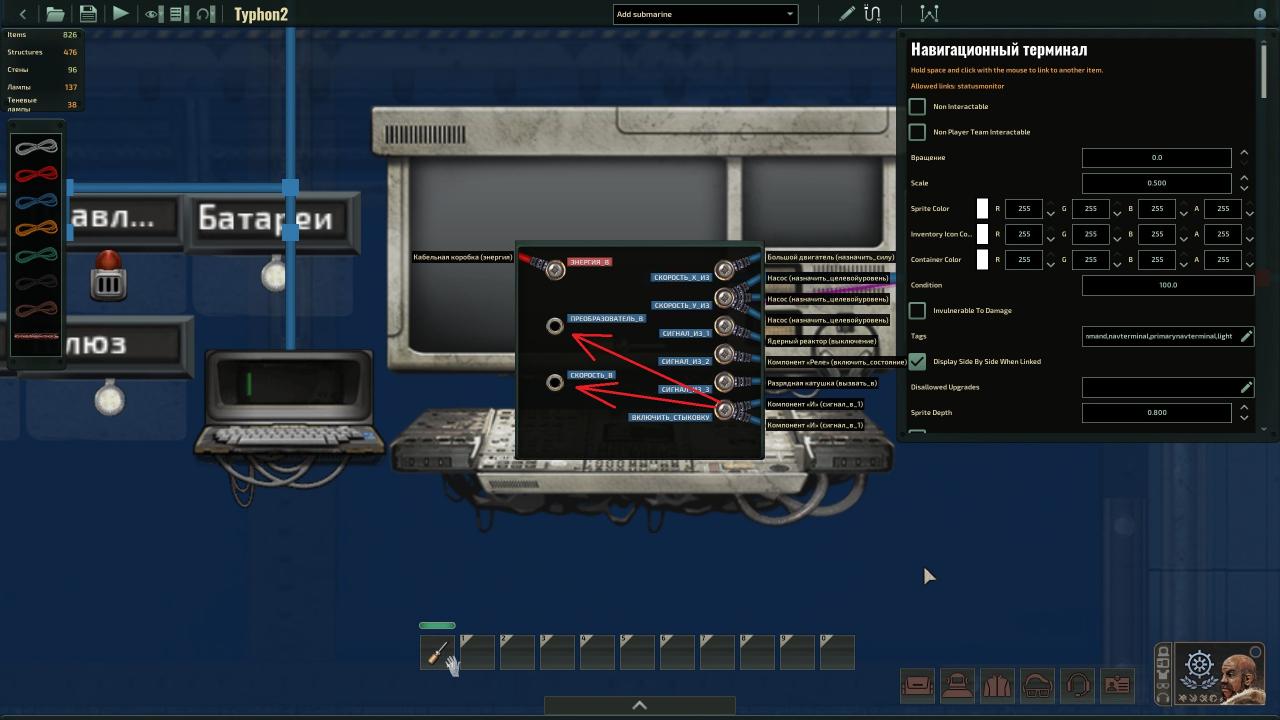 It's more of a trap than a way.
a little tricky trap to perform but very effective, this trap will help when using the first method, this trap needs a discharge coil sub,let's start with preparations, for this trap we need a motion detector and a wire, waiting for the moment when there is no captain left on the ship or when it will be possible to shut down the reactor not at the station if you manage to wait for such a moment, check the supercapacitors for charge,under any pretext improvise we leave the submarine, we put the motion detector next to the entrance and set it up as in the screenshot, connect the wire to the discharge coil as in the screenshot, the case is ready, you can return to the submarine, and the next time someone goes on a sortie, they will fry him if you go with another person, then invite him to go first(you can also combine this trap with the first method of the ruin to confuse people)The screenshot shows an example of how to do this if you are doing this trap along with the first method. 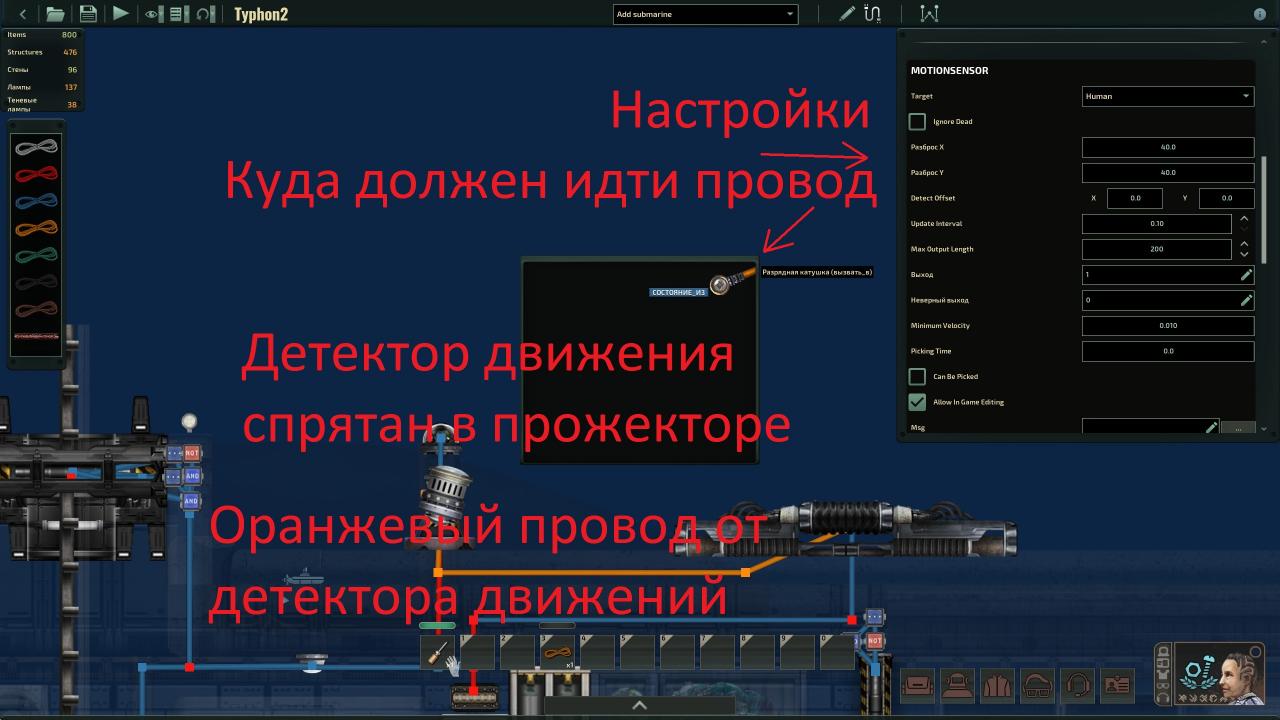 Second way.
This method will be easy, and so for this method we need something that sets fire flamethrower, ignited grenade, thermal artifact, you can at least take a bunch of hosts on whose servers you will use these methods, we take and find fire extinguishers on the submarine we use them all,somewhere in ballast or in a place where no one can see, we take a flamethrower and first of all we set fire to the fabricators,so they can't create, then we move to the reactor you know what to do, and then at your discretion.
Third way(not for stupid).
it will be the most difficult but I have never seen it performed, perhaps only a schizo like me guessed before,for this method you need:calix veloceps eggs,2-3 detonator with c4 or uex-ohm you can also fill them with grenades, motion detector,3 wires. when you have collected all these items, wait for the moment when there will be very few people on the submarine, if all the stars converged and this happened, then it's time to act
we install a motion detector in the ballast and put the sensor on the monsters, we put a detonator under the navigation terminal and it is also possible in the arsenal or reactor (you can still get an em-grenade somewhere and install a detonator with an em-grenade in the shield, if there is one on the submarine) we go to ballast and infect ourselves with Husks, or better to be infected on a sortie with a team in which there is no medic, and just wait and don't get in touch, you become a husky the motion sensor is triggered by a husky,and you enjoy taking off the submarine into the air(see screenshots of the places to install the detonator) 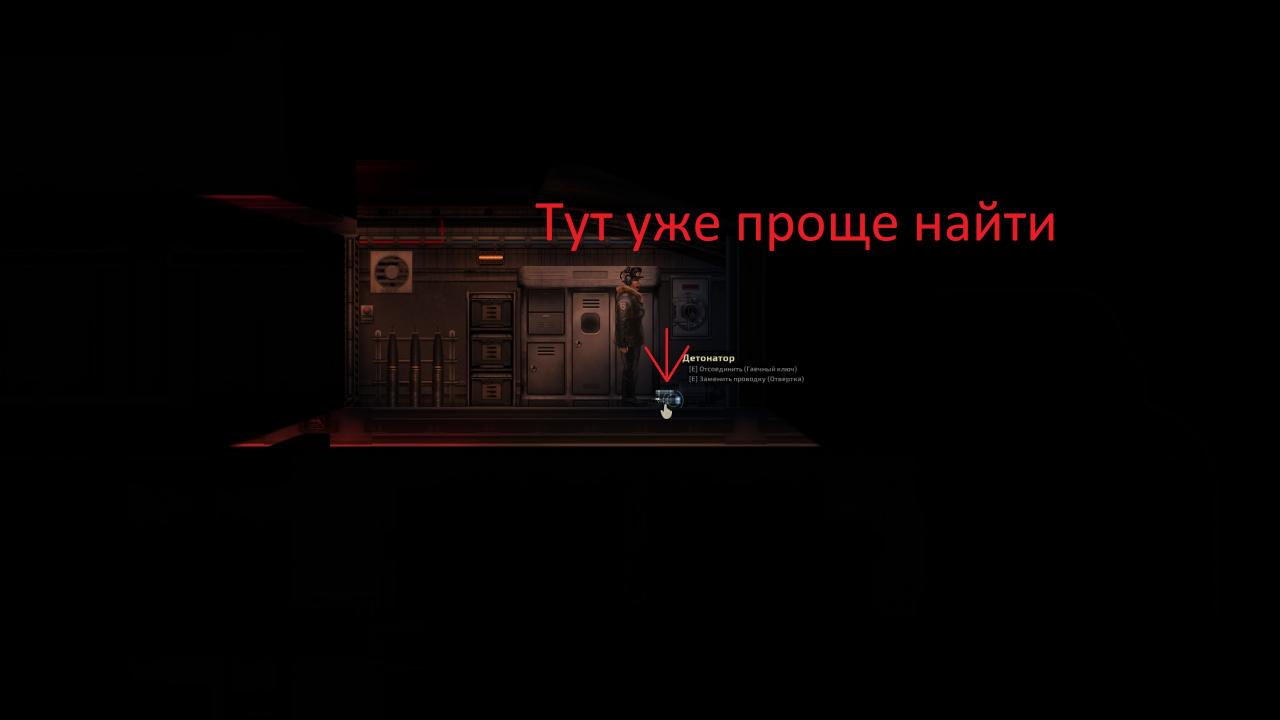 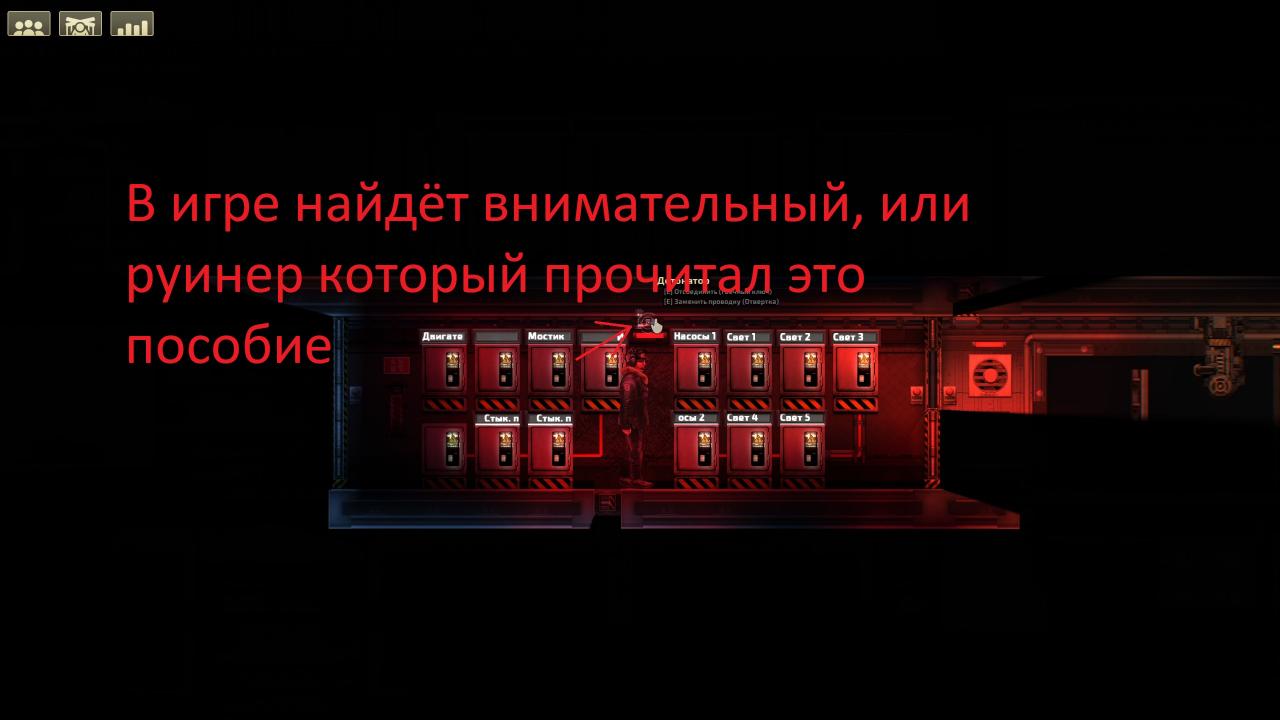 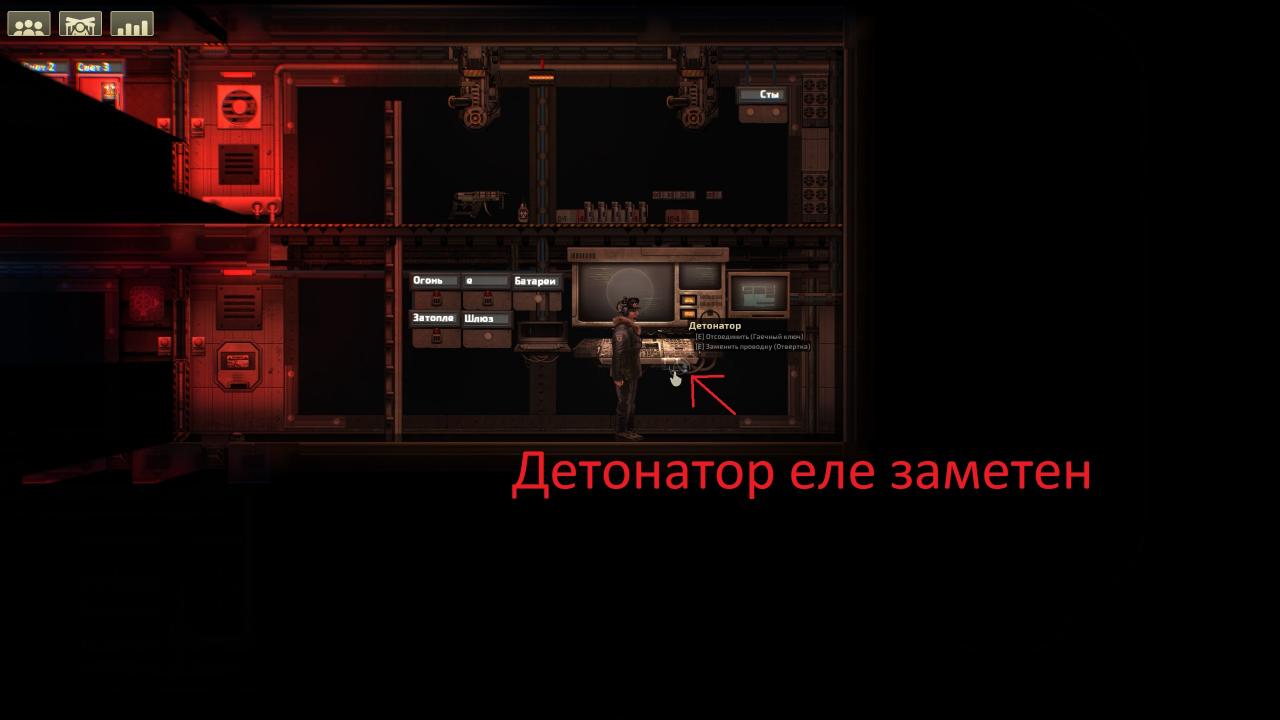 Conclusion.
well this is the end of this excellent guide for ruiners, leave comments, your suggestions in ruin (I will ask you to shoot the whole team without banal ones, and this is not ruinership) I will supplement the guide whenever possible, and if you have a method of ruinering, then throw an invitation to my friends, I will write it down and add to the co-authors for me ruinering is an art that needs to be learned and approached competently, but if you use my methods on my server, then you will be immediately banned or you will be killed in your own way, the ruin is interested and that the damage from the ruin is felt, all screenshots were taken on Typhon2, Thank you for your attention to everyone who has read this good ruin before here..
From omae wa mou shindeiru