This guide will tell you, how to conquer a third of Europe over Germany in winter 36

With the help of a coup in Yugoslavia, you can unleash WW2 already at the very start of the game, and, accordingly, win this war, how exactly to do this you will find out by reading the letters below

The manual has been compiled in version 1.10.7

Here is our required list of actions at the start..

Our # 1 goal is to create an alliance with Yugoslavia( as, why and why you will find out later), however, our southern neighbor does not really want to be friends with us, we will fix it now. 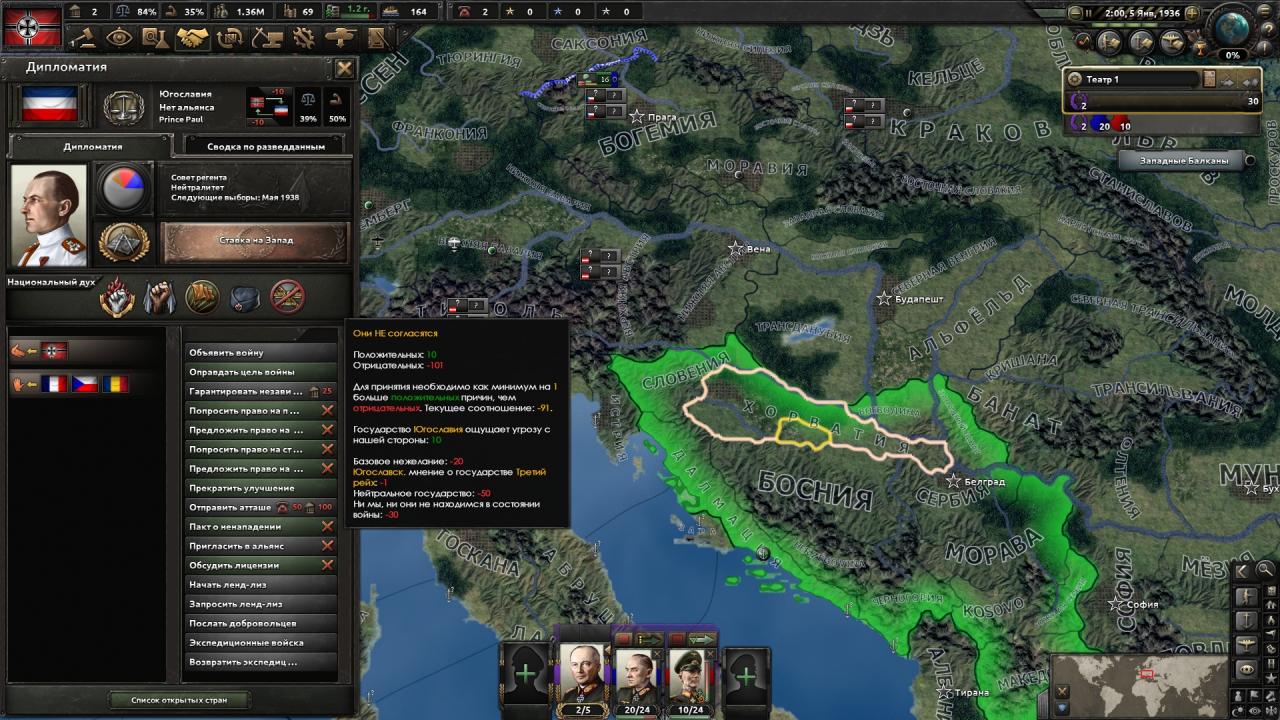 The next day after the coup in Yugoslavia, Great Britain will also hang its guarantor. To win this war, it will be enough to capture only France and Great Britain, because. they will be “Leading countries” their alliance. The rest of the countries participating in this conflict will surrender, if they do it “Leading” allies.

However, if during the war you did not have any contact with the country, who participated in the conflict, then at the peace conference it will not work to demand something from her. Therefore, we need a minimum, but “contact”.

We will receive our contribution with Yugoslavia and Romania due to the strategic bombing of their territories.. The rest of the aircraft can be sent to support our landings. 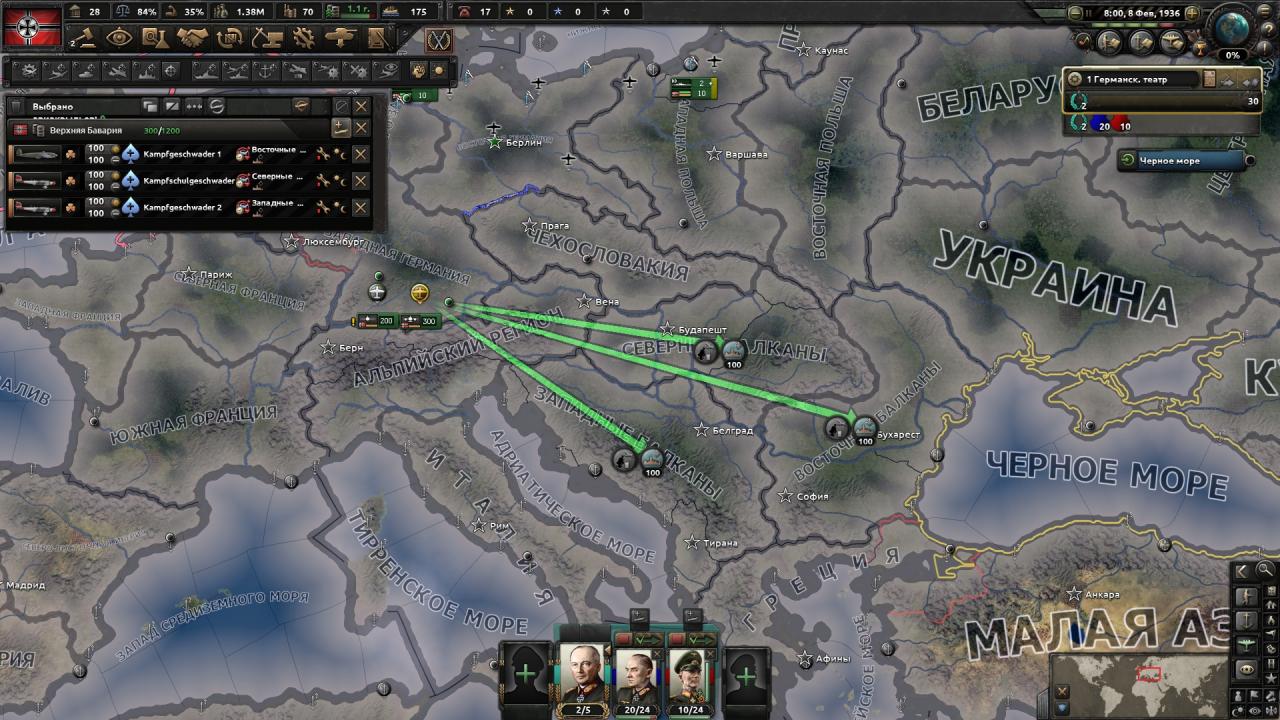 In order for Czechoslovakia to become involved in the conflict, it is enough to make a small short attack, to receive a deposit. 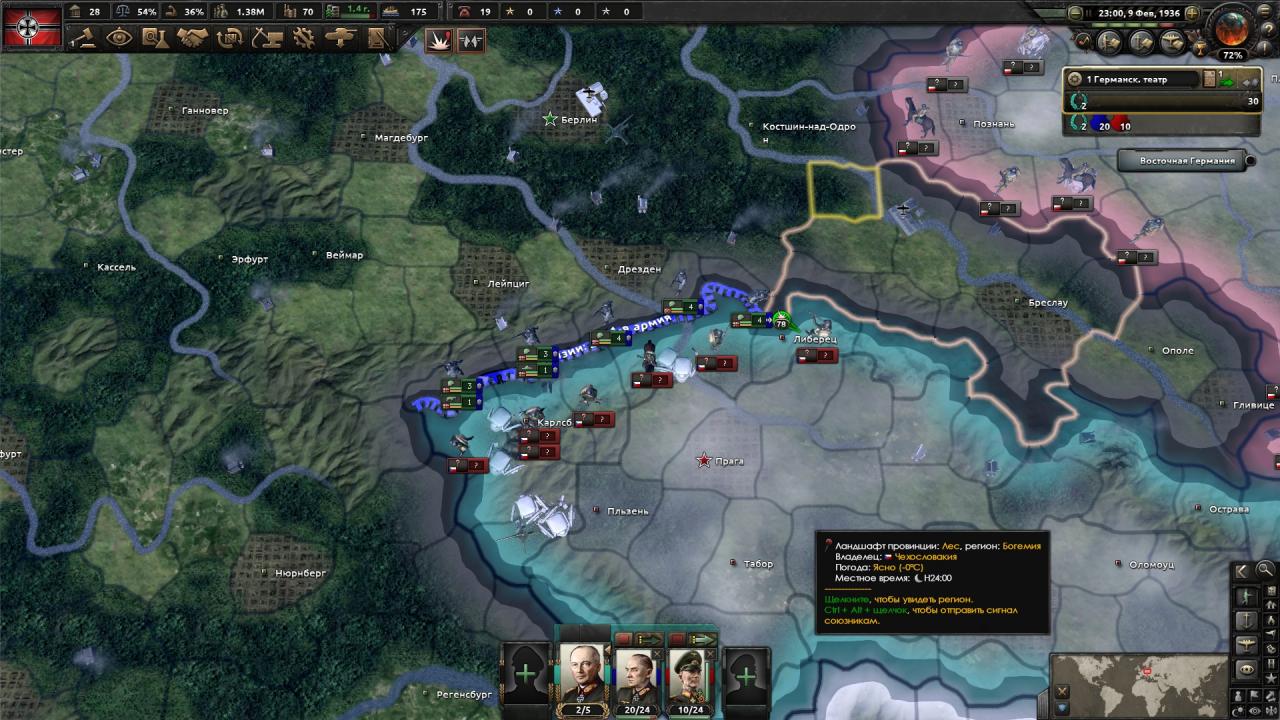 There is little left to do, declare war on Yugoslavia, for which all other countries are harnessed.

The landing operation will begin instantly because. Great Britain and France will not have time to withdraw their fleet and gain superiority at sea.

While France is advancing into the interior of our country, we carry out a landing and immediately try to occupy Paris and other major cities to surrender France(France surrenders quickly with her debuff “Divided government”). London, Birmingham, Liverpool, Glasgow and Edinburgh for the UK. 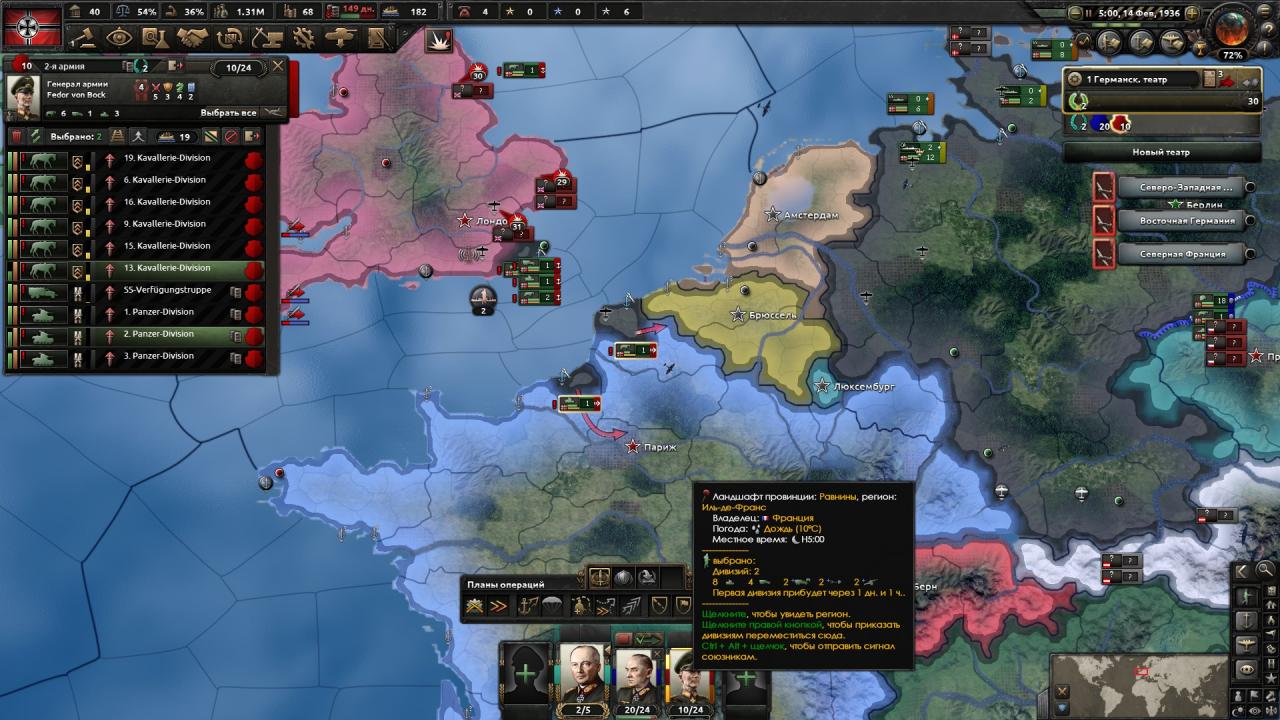 If the landing is difficult, it is possible to live a perk at the general “Forced attack” (with DLC “Waking the tiger”)

As a rule, there should be no problems with the capture of the WB and France., however don't forget, that there is a share of randomness, so restarting can make things easier for you. 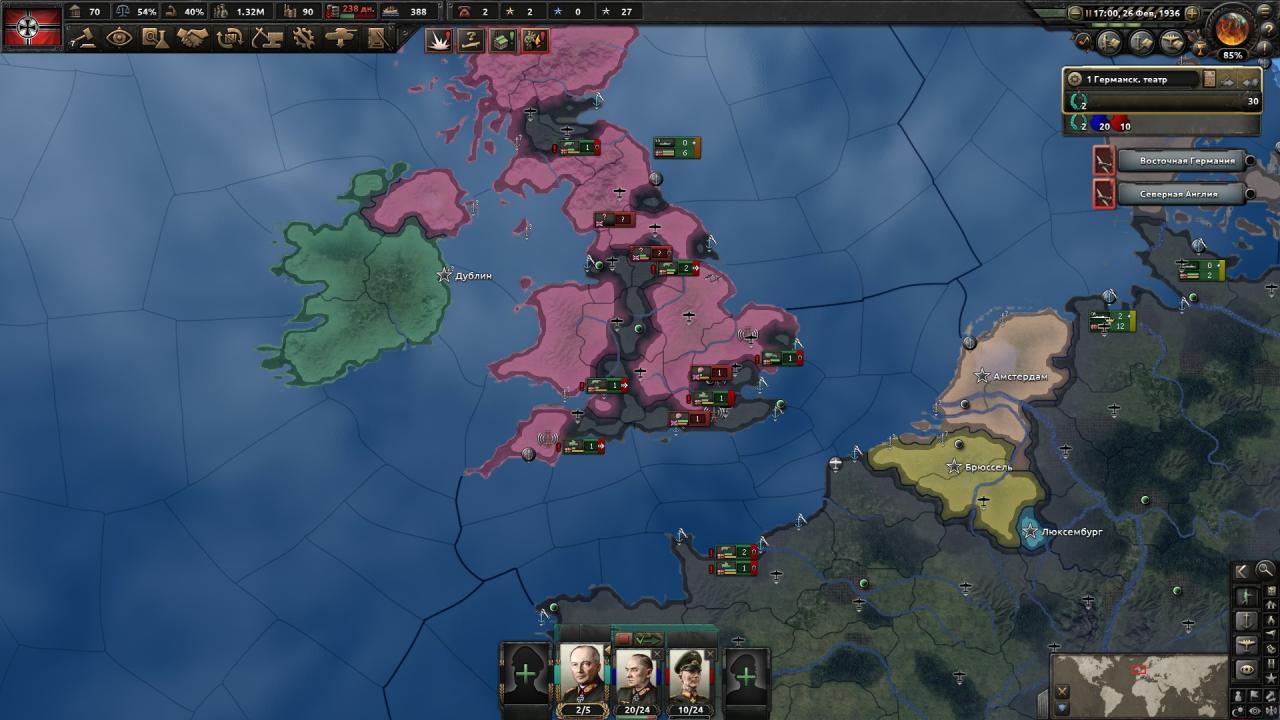 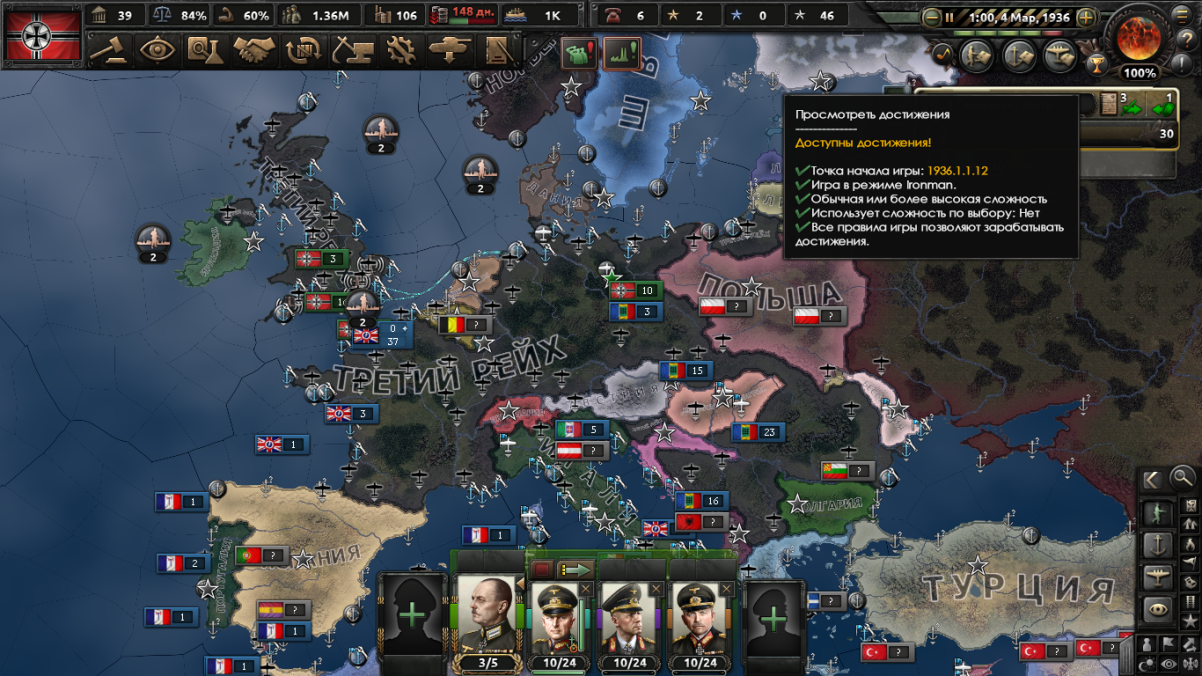 If everything worked out, then my congratulations to you! Further actions depend only on your desires and wishes.