In this guide, I will cover all types of skeletons in Sea Of Thieves..

Skeletons are the most common hostile creatures in the game.. They can be found on all islands. (except for outposts and trading posts), and also on ships of skeletons. Each type of skeleton has its own characteristics and characteristics. Now let's talk more about them..
Types of skeletons 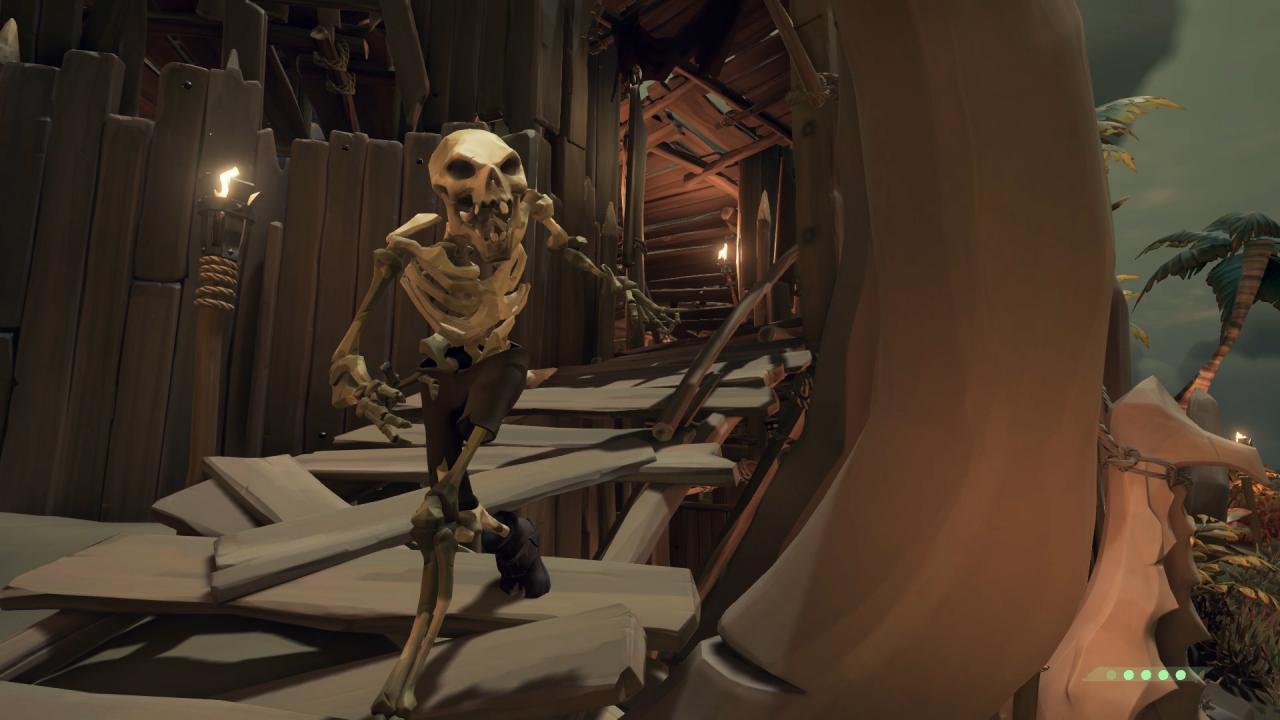 1. Regular skeletons.
These skeletons are the most common representatives and do not have special abilities.. Found on all islands and ship skeletons. 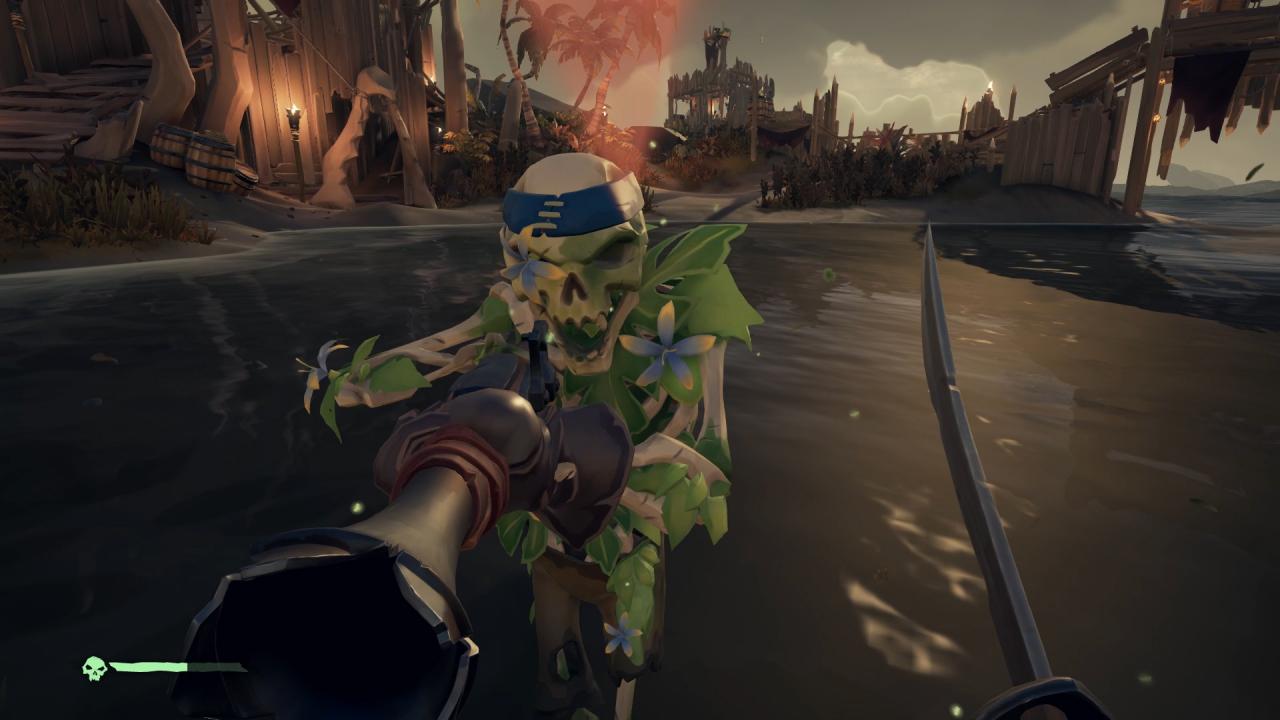 2. Plant skeletons.
Skeletons of this species are entangled in plants and are very vulnerable to saber strikes., but at the same time they are able to restore health reserves while in the water. Fighting them on a half-flooded ship will be more difficult than on the whole. Can be found on all islands and on the ship of skeletons. 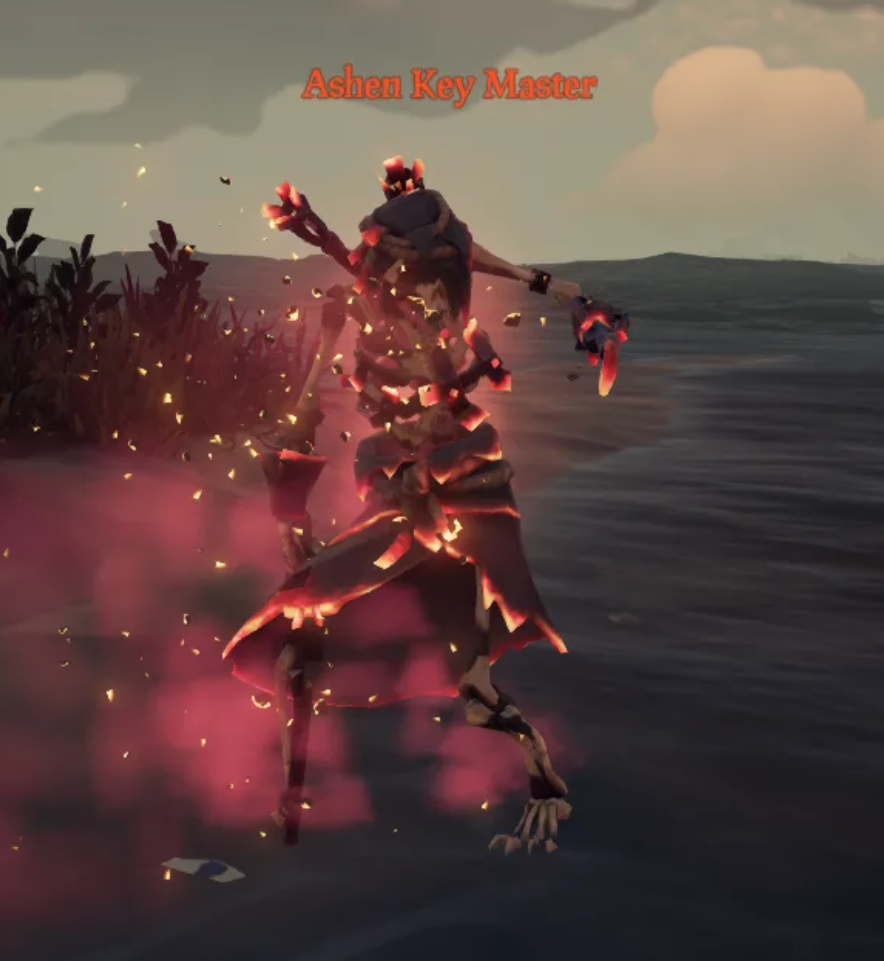 3. Flaming skeletons.
Flaming Skeletons are only found on the islands in the Devil's Throat.. They have resistance to fire and take reduced damage from it.
Also, already on all islands you can find “ash master key” or “flaming guard”. They are guaranteed to drop one Key of Ash. 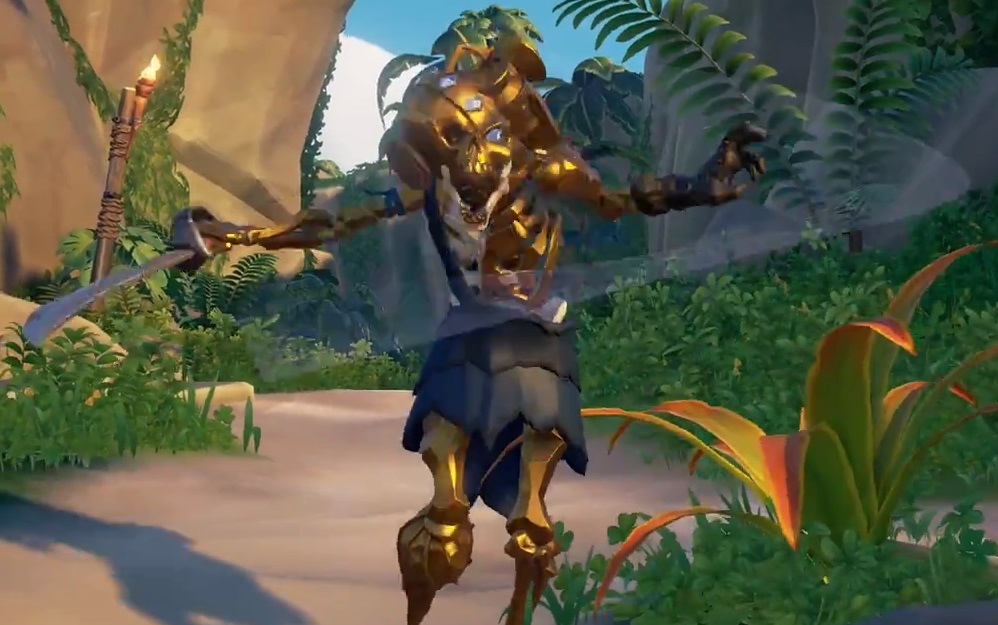 4. Golden skeletons.
These skeletons are completely covered in gold, because of which they cannot be killed with a saber, but shoot, they can be blown up and set on fire. If you put a skeleton in water or pour it out of a bucket, it will start to rust and the damage from shots and explosions will be much greater. You can meet them on all islands. 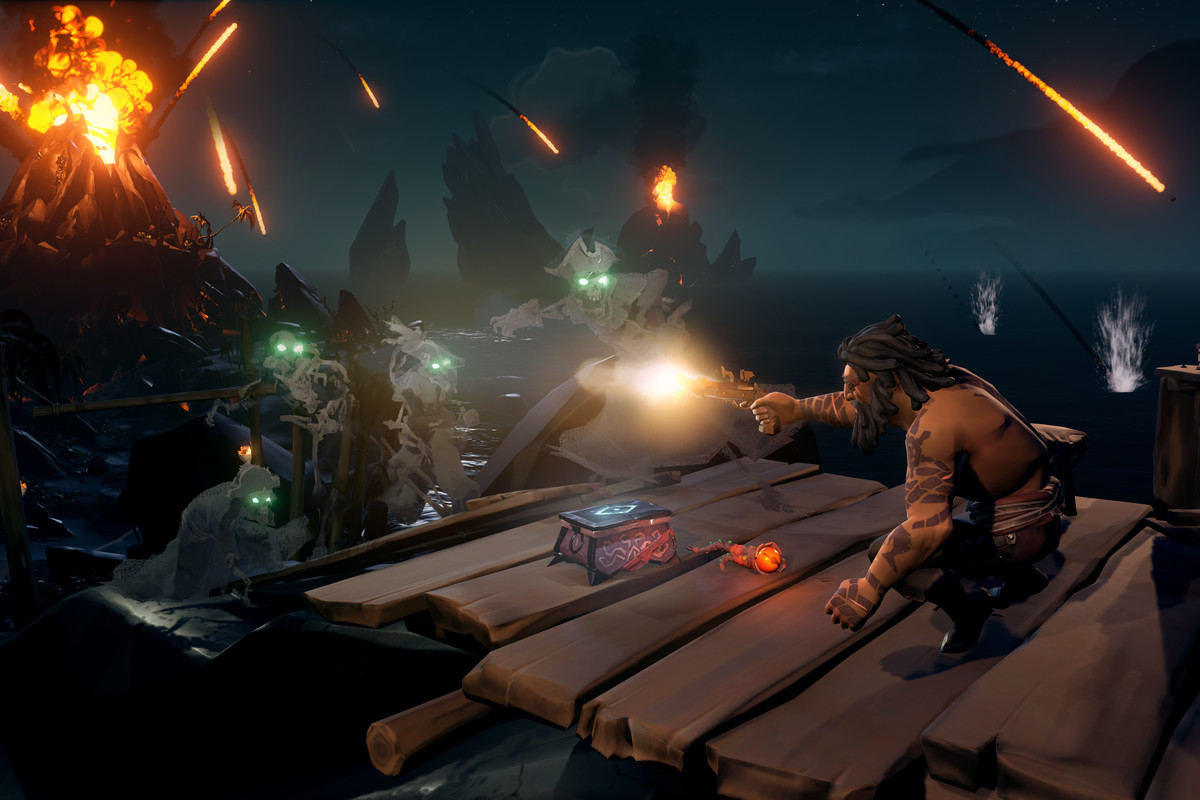 5. Shadow skeletons.
These skeletons appear at any time of the day.(inside the game), but at night they are invulnerable. Yet at night they can still be killed, you just need to shine a flashlight on them, after which they will become vulnerable. They can be found on all islands and on the skeleton ship.. 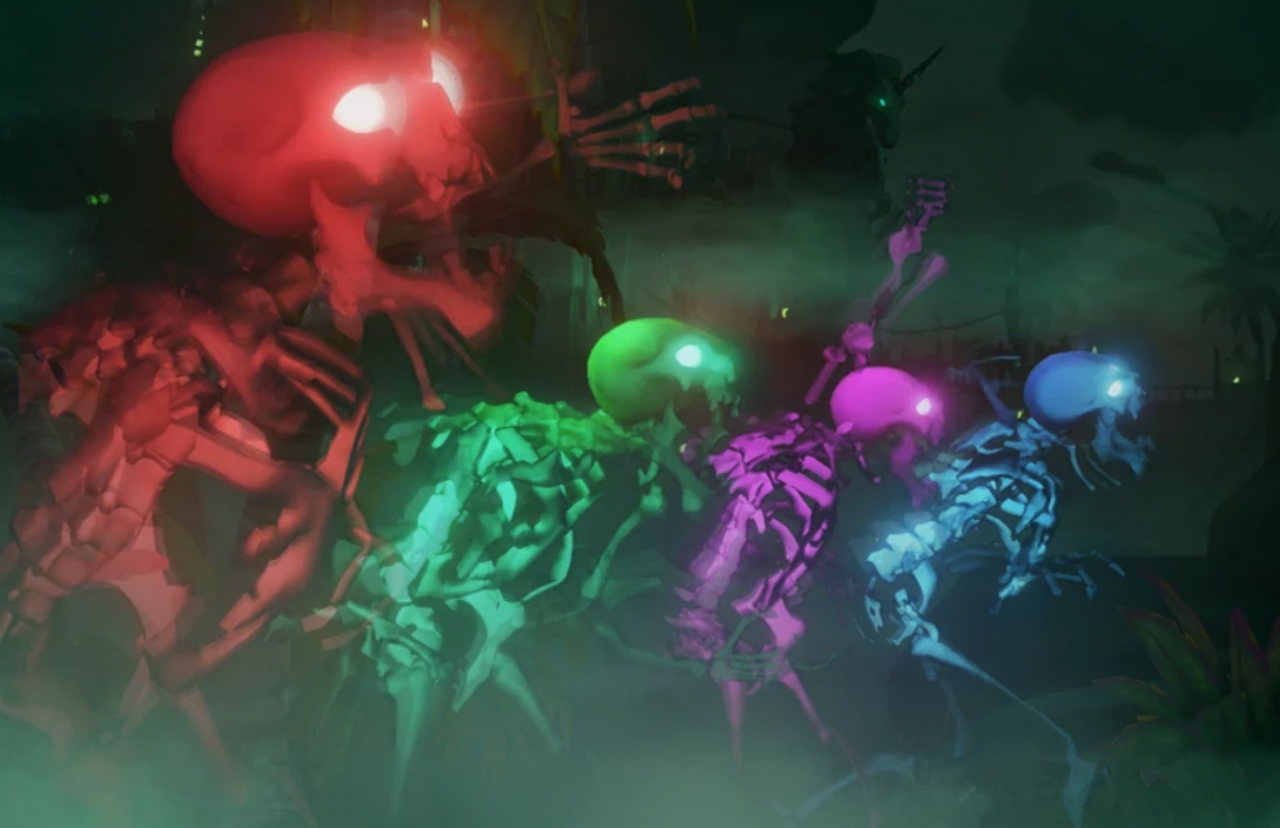 6. Skeletal ghosts of fate.
They can be found in the raid on Fort of the Damned., as well as in the mission “Athens flight”. Fate skeletons are also invulnerable at night., like shadow skeletons, but a simple flashlight won't be enough to make them vulnerable, it will take the fire of fate of the same color, how the skeleton burns.

7. Powder skeletons.
Powder skeletons can appear at any time on the island, holding a barrel of gunpowder. They can also be of different types.(normal, vegetable, flaming, gold, shady). They can be killed by blowing up a powder keg in his hands or killed by shooting in the legs, head and back, using the second method, you can get a powder keg from it and use it in the future, or just sell it to representatives of the trade union at fort posts.

8. Ancient skeletons.
Ancient skeletons appear extremely rarely and after their destruction the team will receive from 100 to 1000 ancient coins. After the appearance of the skeleton, there will be only 10-20 seconds to kill him, if you don't have time to do it, it will just go underground and you will be left with nothing. The ancient skeleton is blue and gold in color and has a bag of ancient coins on its back. These skeletons appear on all islands(not exactly known, but maybe at the outposts too), and they can also appear in the Arena mode. 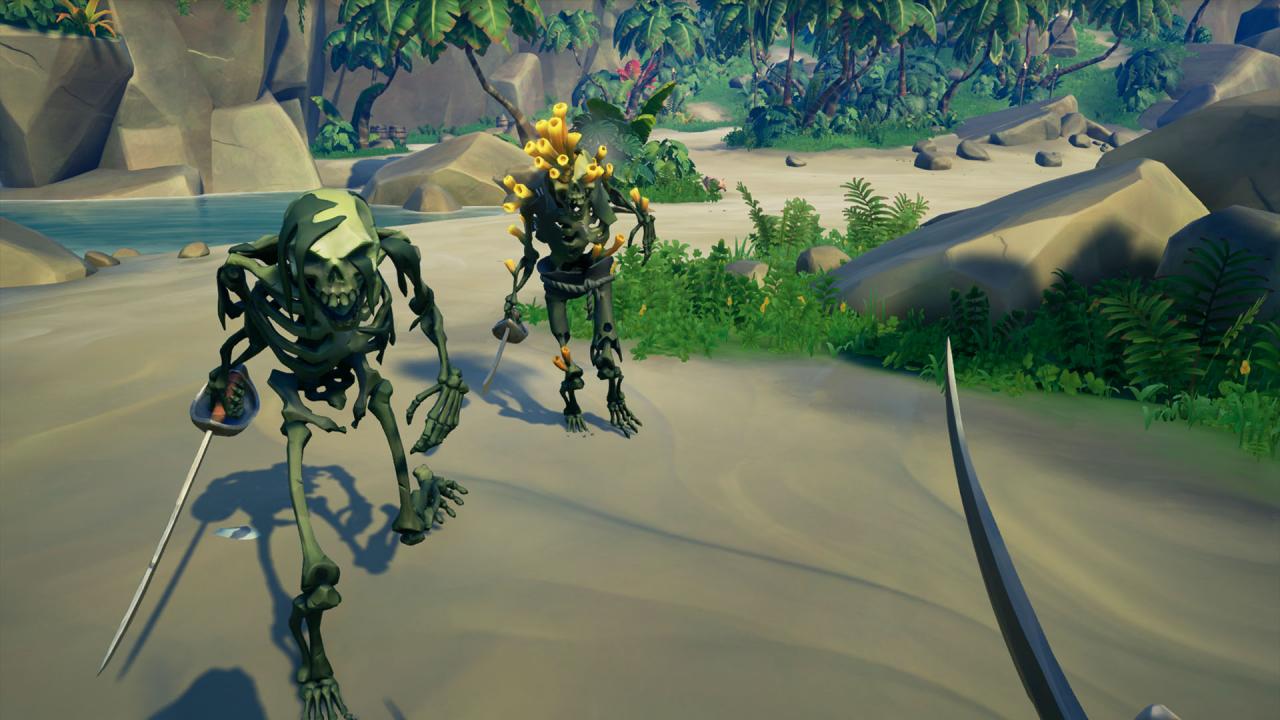 9. Coral skeletons.
These skeletons appear during “Tall Tales”. They have the same health reserve., like normal skeletons. 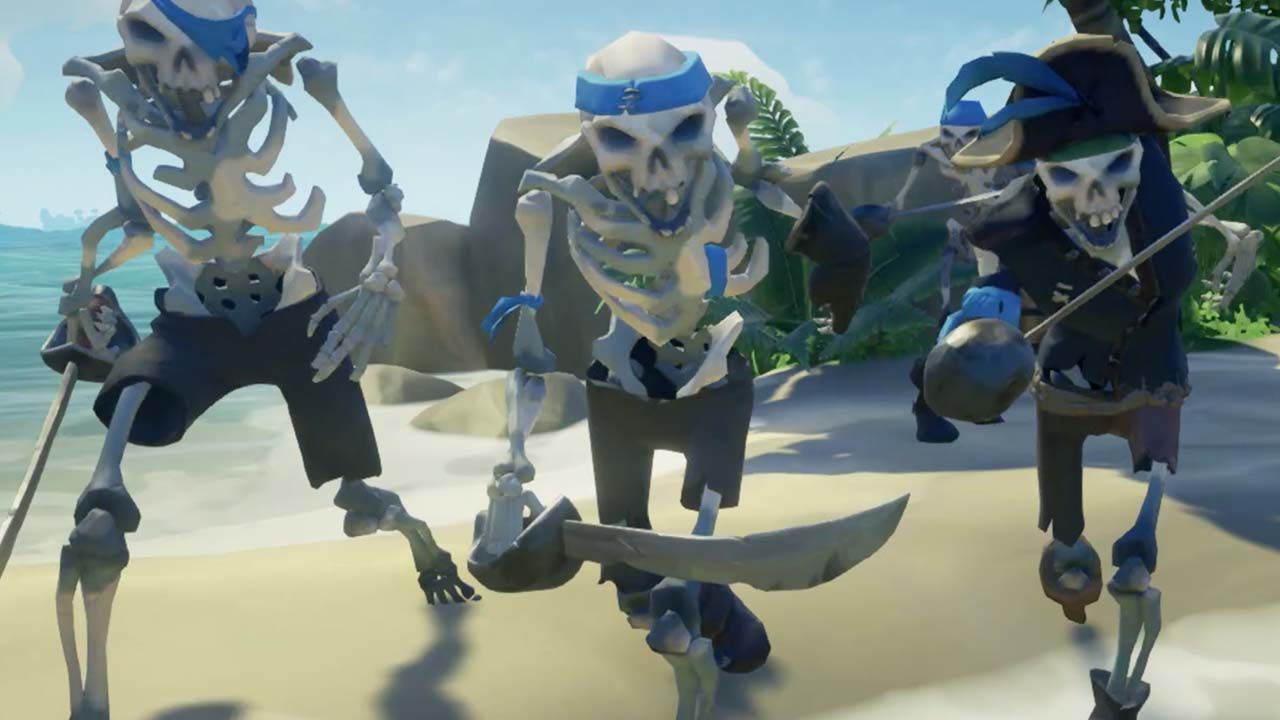 11. Team member skeletons.
Skeletons of this species always appear in groups and have the same clothing color.. They are most often found on missions to find treasure., missions of the order of souls, and also on the ship of skeletons. 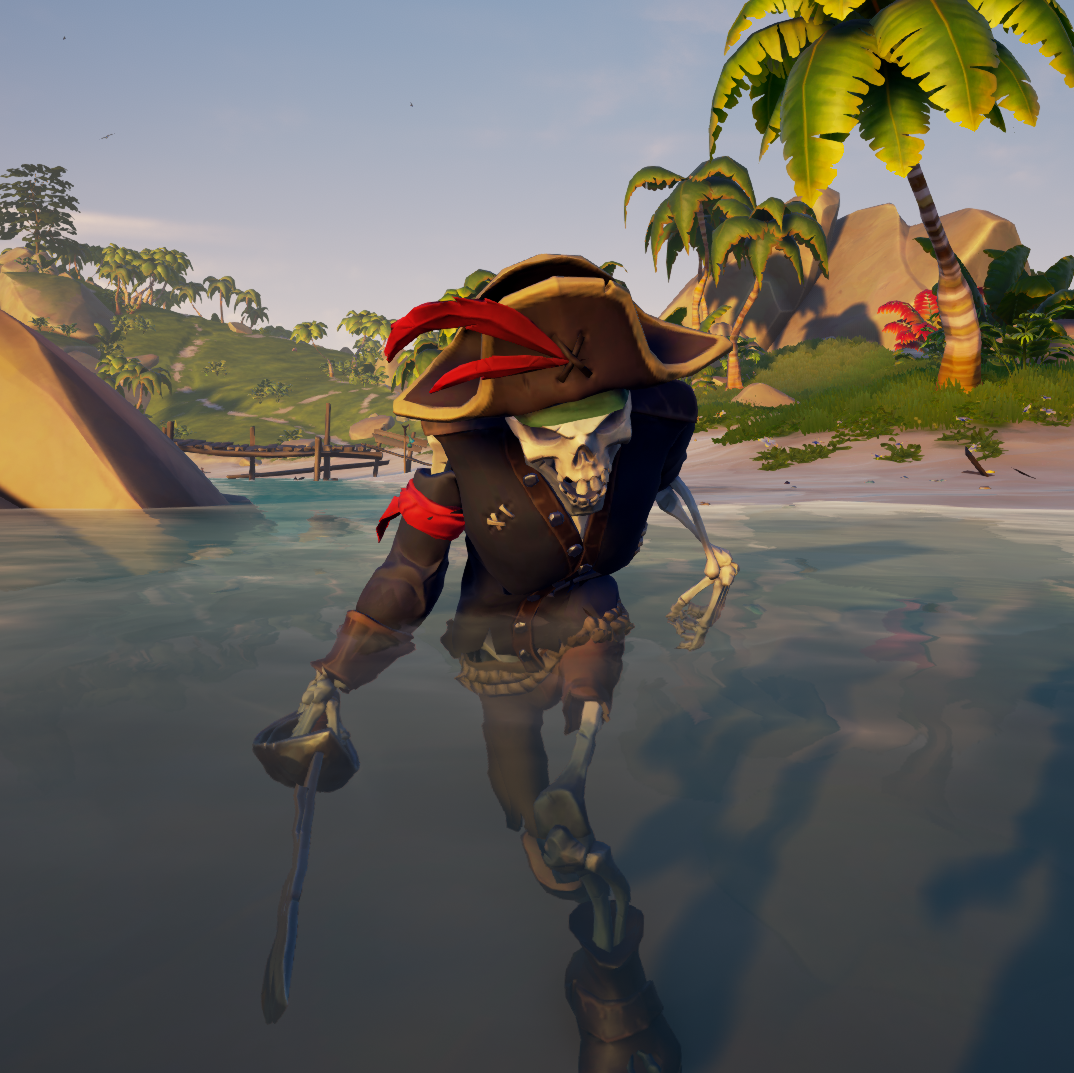 12. Skeleton captain.
Skeleton captains can also be of different types(normal, vegetable, flaming, gold, shady) and always appear with the team. Skeleton Captain has more health, rather than an ordinary skeleton of the same kind. You can distinguish the captain from the rest by the captain's hat and the name that appears above the head of the skeleton. It always appears when completing a quest. “orders of souls” to eliminate captains, skulls of different types fall out of them. Also, an ordinary skeleton captain can just appear with his team on the island., where is the player for a long time. Such a skeleton-captain drops gold, villainous skull and treasure hunt mission. 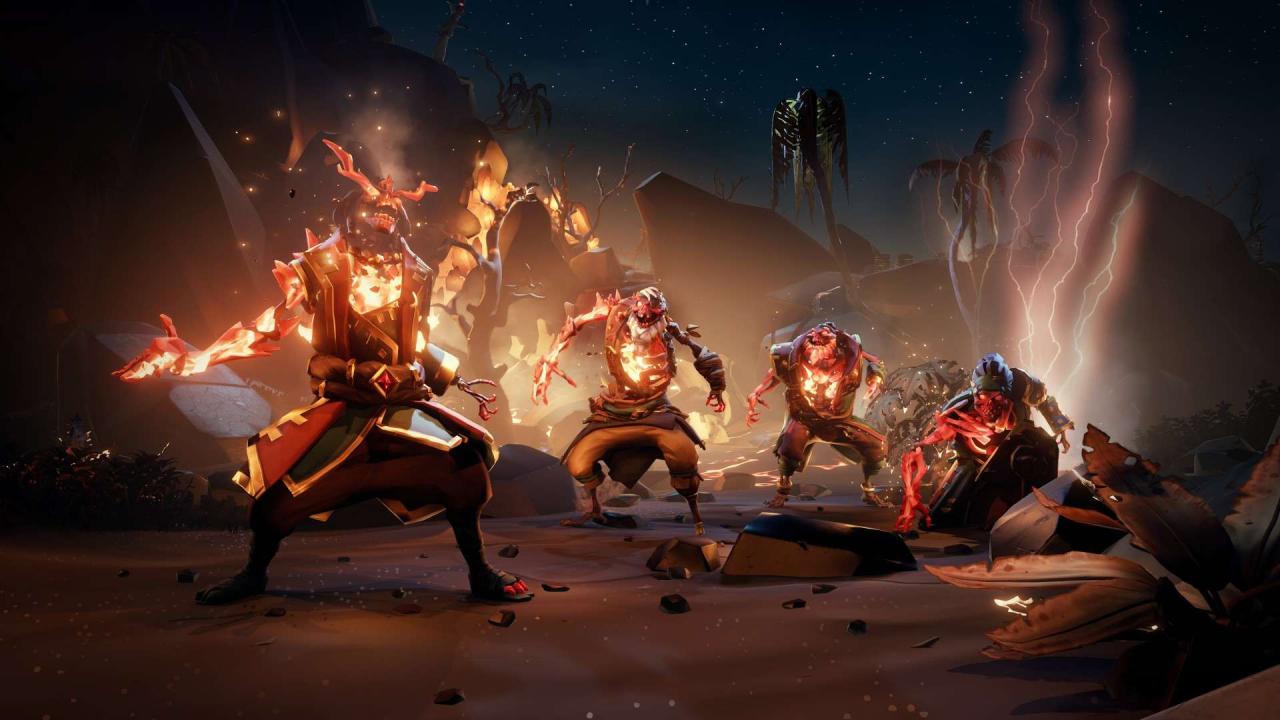 13. Lords of Ash.
Sometimes an event appears in the game “Ash winds”, which is indicated by a red tornado. One of the four Lords of Ash can be found at this event.. They also have the same health reserve and differ in appearance and name.. The Lords of Ash are able to summon Flame Skeletons, and they are also able to use special abilities, for example, throw a fire stone at the player, cause fog or fiery rockfall from the sky(similar to volcanic eruptions in the devil's throat).
Supervisor Chi– Burning Heart executioner and jailer.
Captain Gloomy – Burning Heart Fortress Architect.
Bloody Ruth – Burning Heart alchemist and gunsmith.
Old Man Horatio – Burning Heart shipbuilder and recruiter. 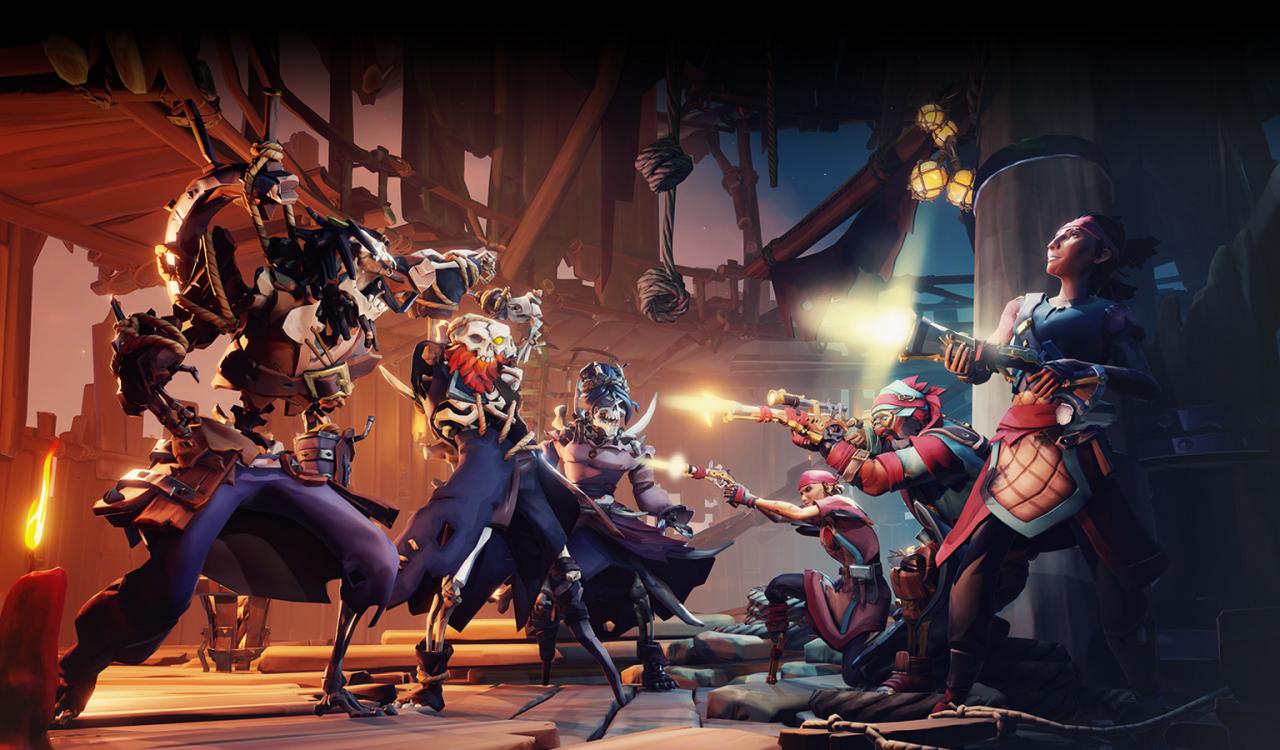 14. Fort lords.
In active Skeleton Forts on the final wave, Skeleton Lords or just bosses appear. There are three such bosses in total. They have the same health reserve and differ only in appearance and name..
Rebellious helmsman – the steering wheel is tied to his back.
Duchess – Dressed in a dress and a wig.
Two-faced git – has two heads.
You can also add the Skeleton Lord here., which meets on the final wave of the raid of the fort of the damned. His name Greymorrow. He differs from regular fort lords by a large pool of health..