Deck composition “He steals” and tactics of playing with her.

Foreword (no need to read)

In all games, when i bump into objects, which give +50% to anything, I always check whether they stack or not.
In this game, attention was drawn 2 subject:

Using 2 items at the same time the assistant will walk each round . 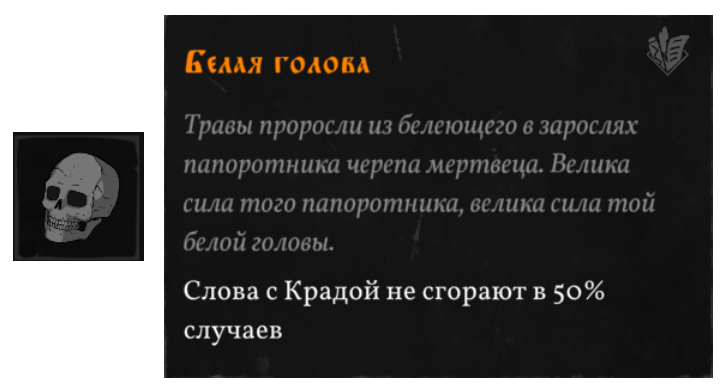 In the game, when using a word with “He steals”, it is permanently removed from the book. Cards are strong, but they do not give damage. And I scored on them in principle, until the moment the card is dropped “Combustible stone” – damage from theft 3.
And I decided to test whether they stack 2 subject with % chance and is it possible to make this deck the main.

The base of the deck

For this deck, we need:

Since with “Grandma Yaga” and “Atamanushka Grandmother” we will have a lot of slots for the conspiracy, but there will be few cards to take: 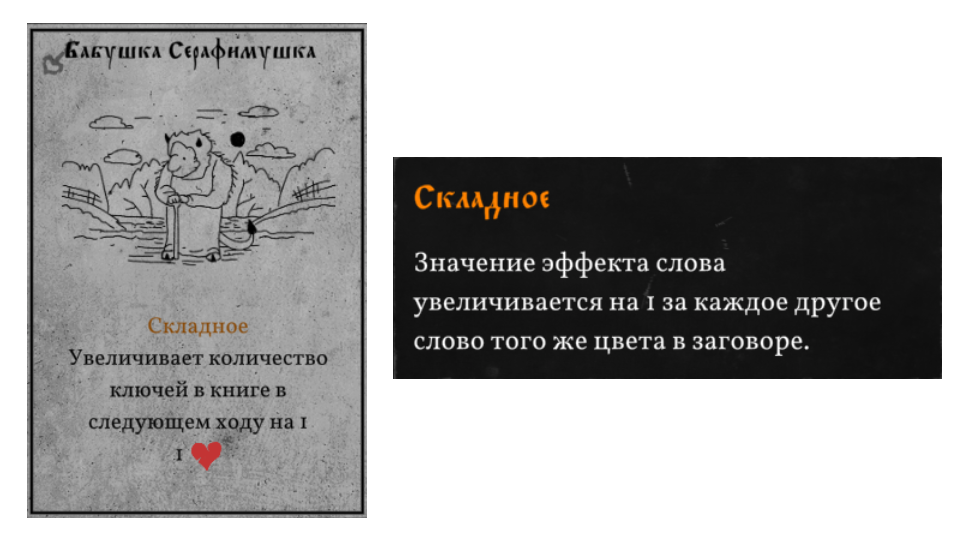 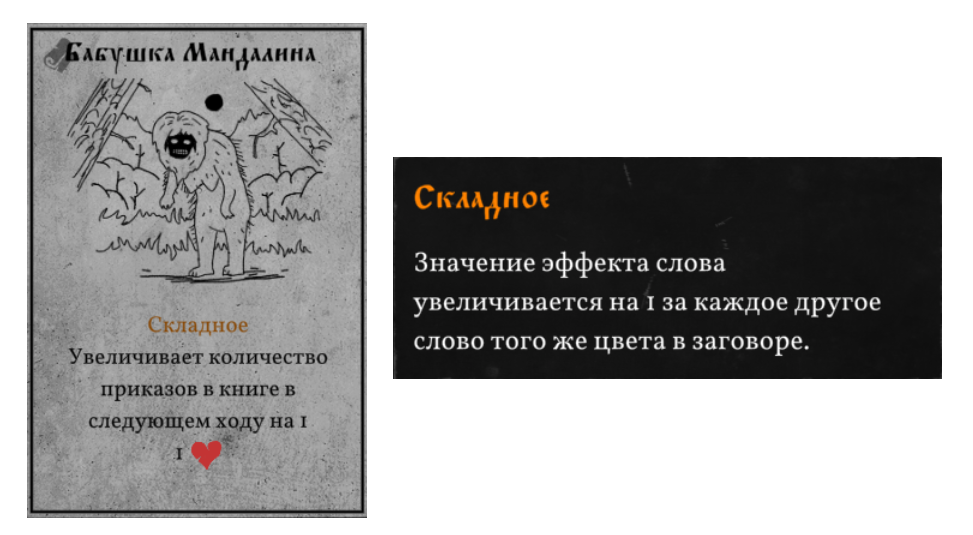 Of the items, a good addition would be “Secret page”. 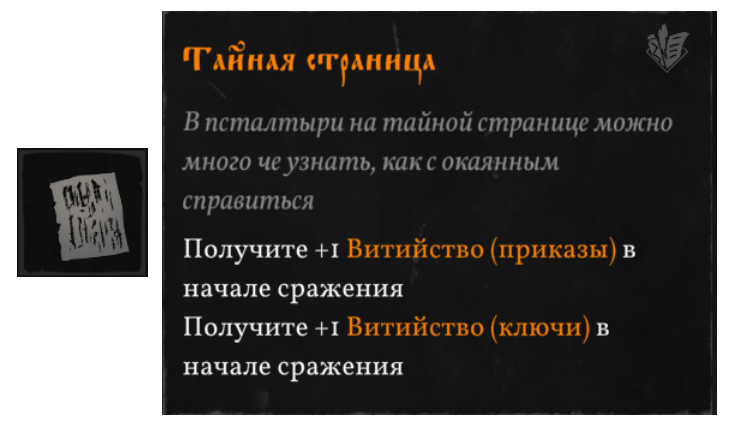 Since the main damage we have will depend on the number of card stacks “Burning stone”, for this we need slots for keys from the card “Atamanushka Grandmother”, but if you add many other key cards, then these may not fall out.
Therefore, cards with “He steals” we must have orders, but at the beginning there are few of them.
Can be used:
“Ogneyastra” – deals damage twice, from the card itself and from “He steals” | Wolf seal – Orders 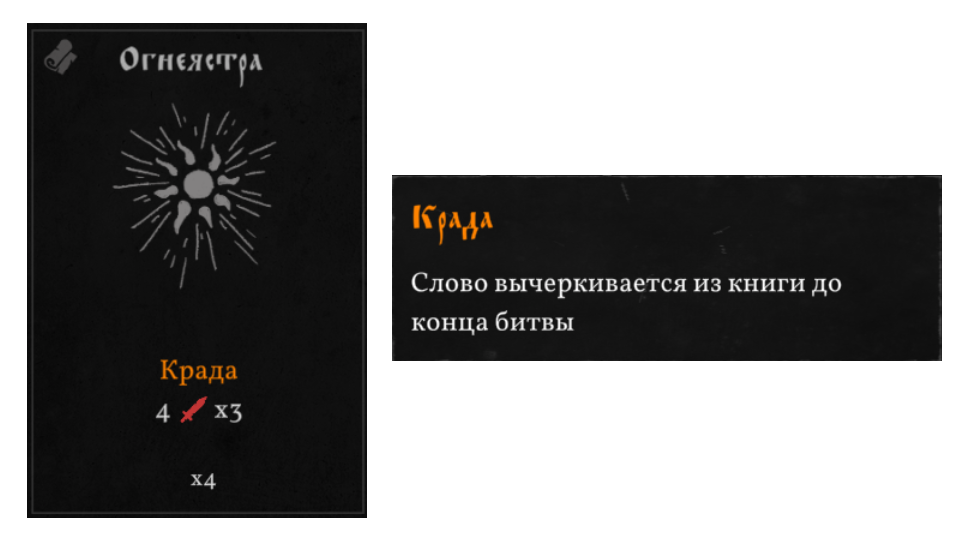 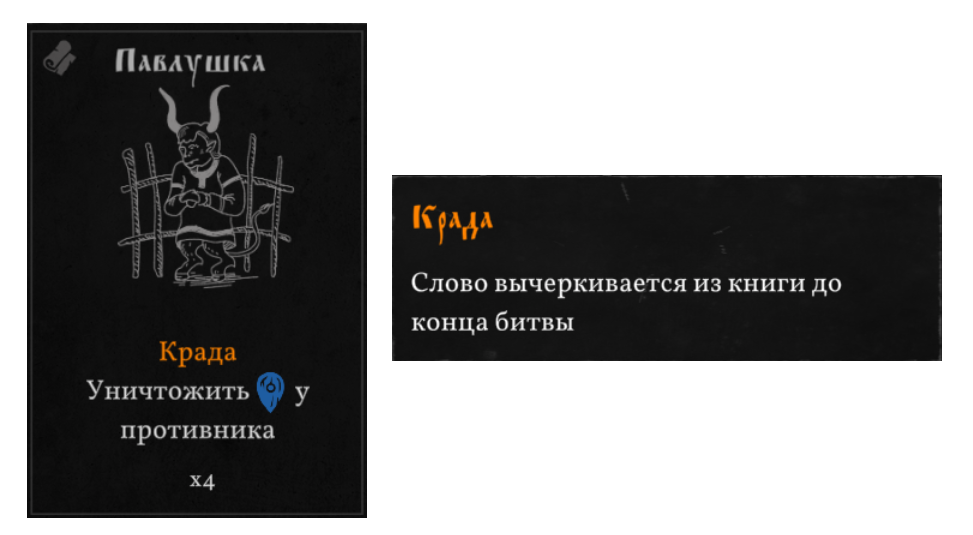 Since the opponents also need to beat us,then cards for protection or amulet (Loyal – statement | Water print – Orders), if the battle with the sorcerer, which hits through the defense, then you can step up the regeneration (Blue Stone – Aspen seal | Orders).

OR you can use any cards you like without stealing, but add “The words, fire up” | Wolf seal – Keys, which will instantly add an effect to the words in the conspiracy “He steals”.

In general, you can experiment with additional cards as much as you like., but with each broken seal new cards will be added with “He steals”, which will replace the current.

Depending on the conditions of the battle, we either cast defense immediately, or we use cards to increase the number of orders or keys. Use the card whenever possible “Burning stone”. And that's all. Stacking ourselves with regeneration or amulet along with damage from theft.

In general, we look at the situation, if the enemy throws negative effects like Corruption or Abnegation, then we take “Salmanida” | First seal – Order.
If he has huge damage or if he casts “Nobility”, then we take “Evil eye” | Aspen seal | Order.
If he casts buffs on himself, such as spikes or regeneration, and they strain you, then you can take “Imp sorcerer” | First seal – Keys.

But it is better to start using this deck after opening the Fir Seal..

Headless – 4 PC, we replace them with all the protections and amulets, now no one will hit us. 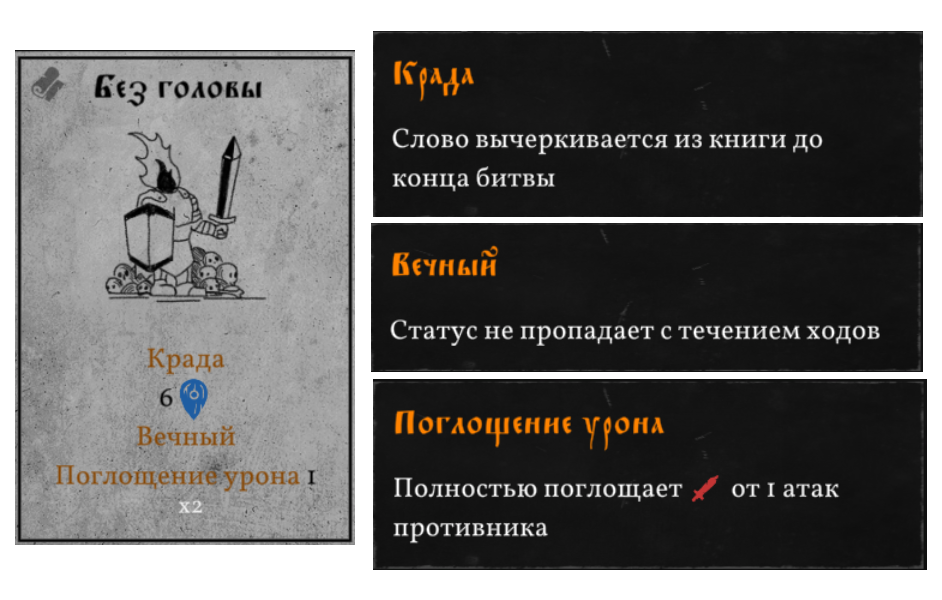 Granny Adamushka – 4 PC, and even if the order does not fall out, you can always pull it out yourself. 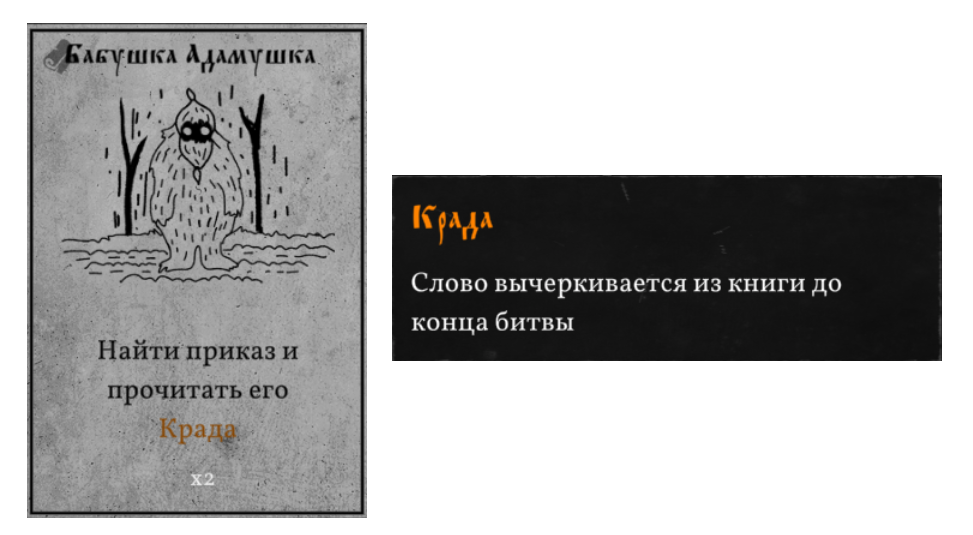 Enaha-five – replace the card with it “Imp sorcerer”, if used. 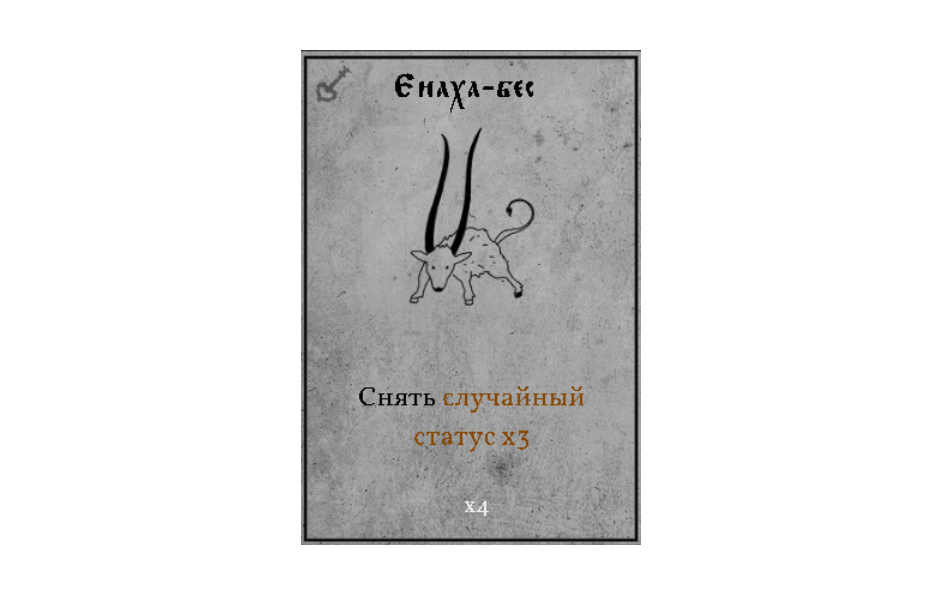 Lazarus – if you are suddenly afraid to die or against a boss. 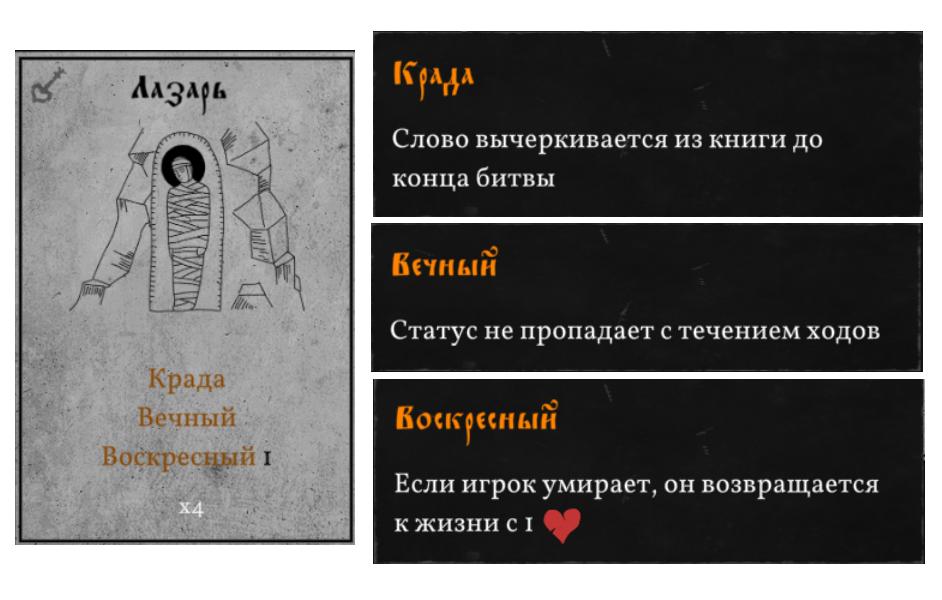 Rize-imperishable – if there is no amulet from damage and the enemy constantly casts it. 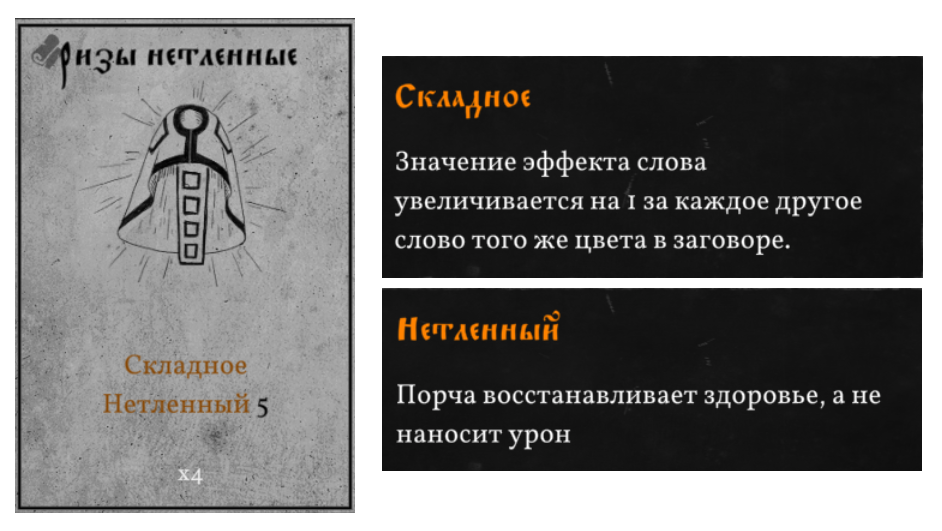 “Grandpa Adamy” – 4 PC, now we can pull out the desired key. 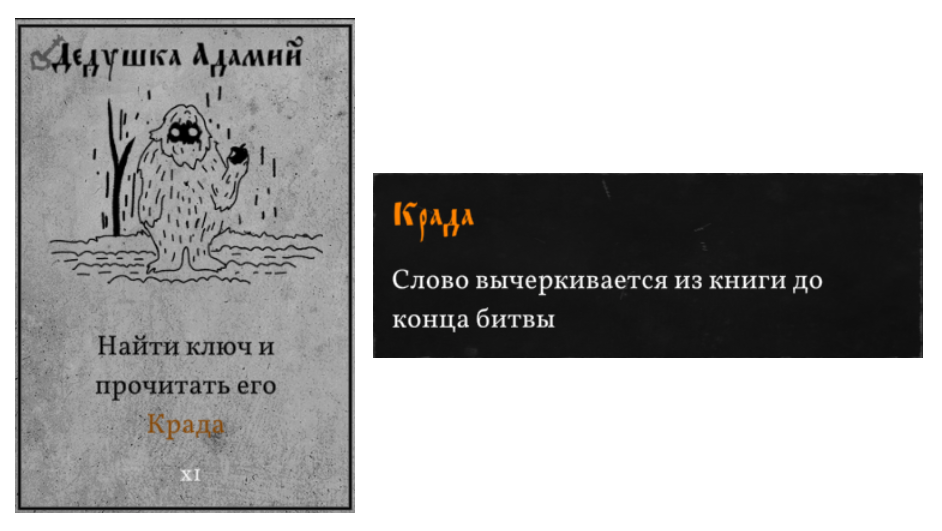 “Hand man” – 1 PC, even if you take cards for additional cards, they may still not be enough, this card partially solves this problem. 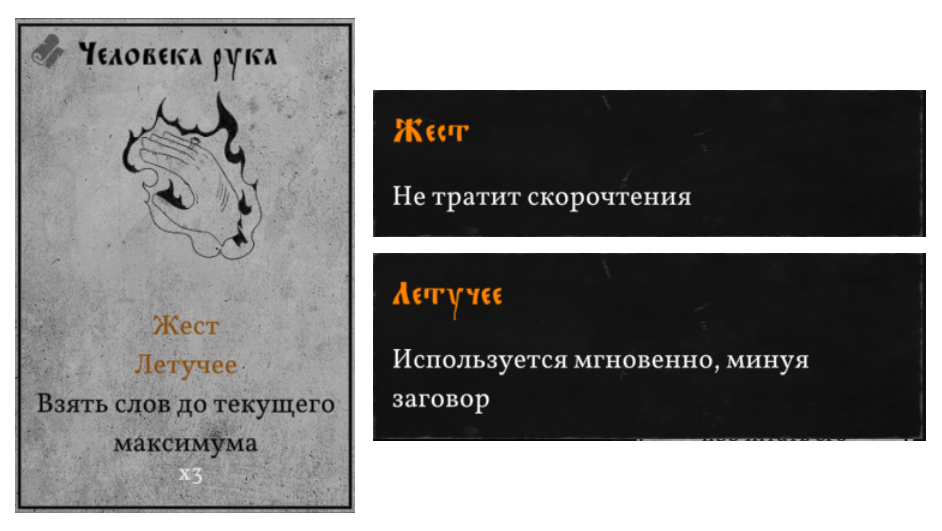 “Angels – glory” – 1-2 PC, against the boss. If cast together with “Headless”, then nothing can kill us, actually, except damage. But by that time we will already have the right item against her.. 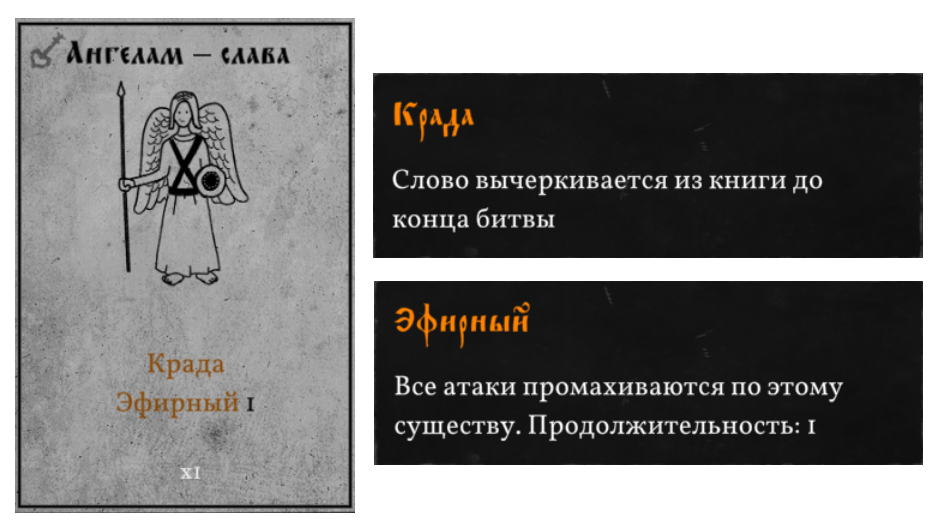 “Judas aspen” – 1 PC. Since we are stacking stats, then the only thing left, what are we afraid of: that they will be removed from us. Now this will not happen. 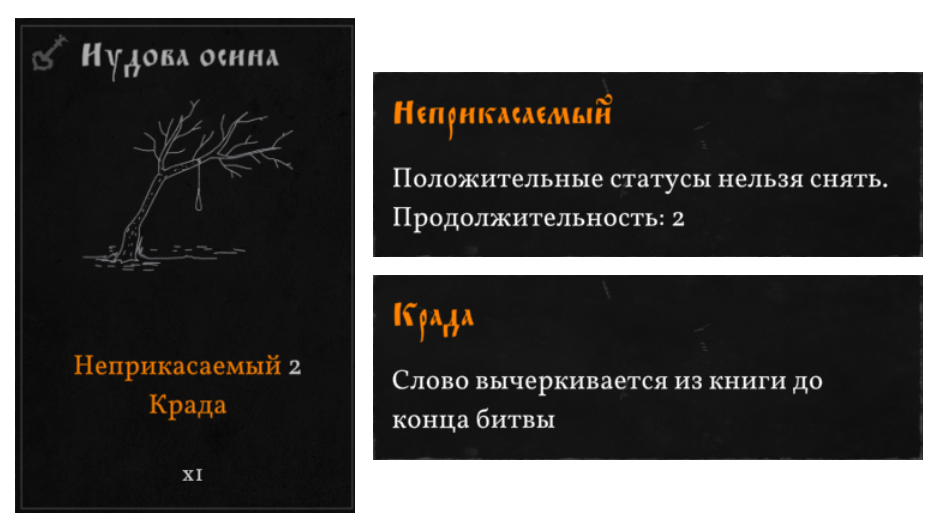 “Prikos” – 4 PC, if there are not enough cards for “He steals”. Used on the boss, because stacking orders endlessly will not work, the game will break nafig. 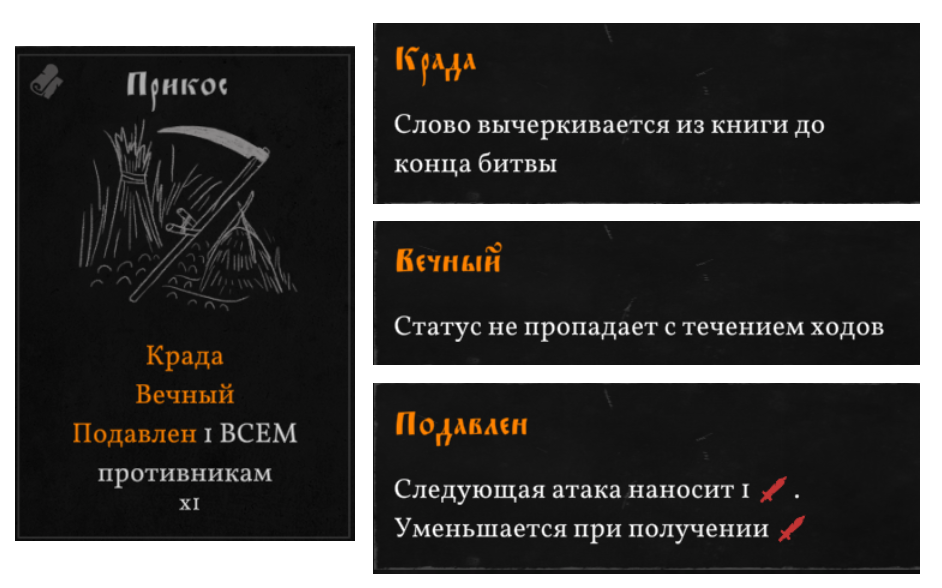 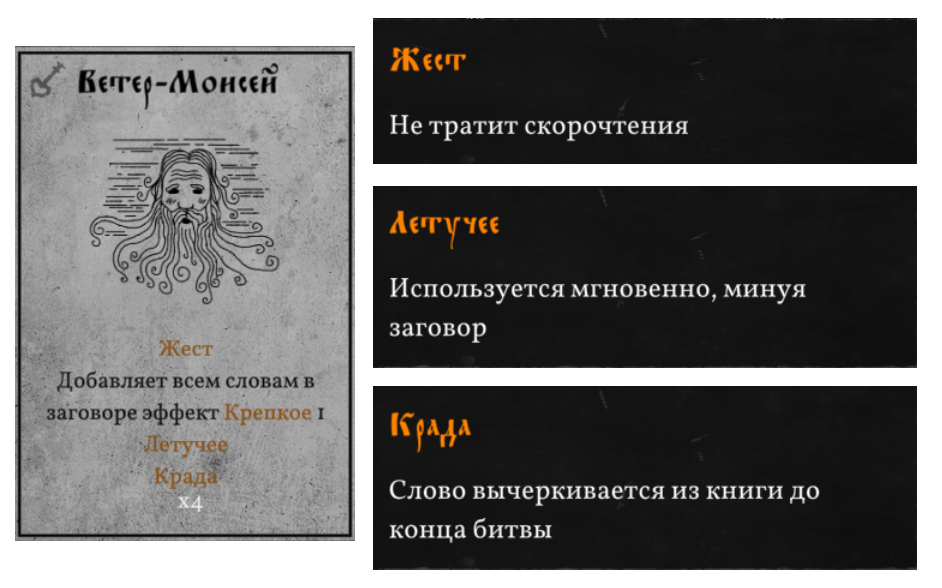 The game is so hard because of the number of slots in the conspiracy, but here they also remain for the next turn.

Battle with “He steals”

Using this deck, you will see something like this on your screen 😀 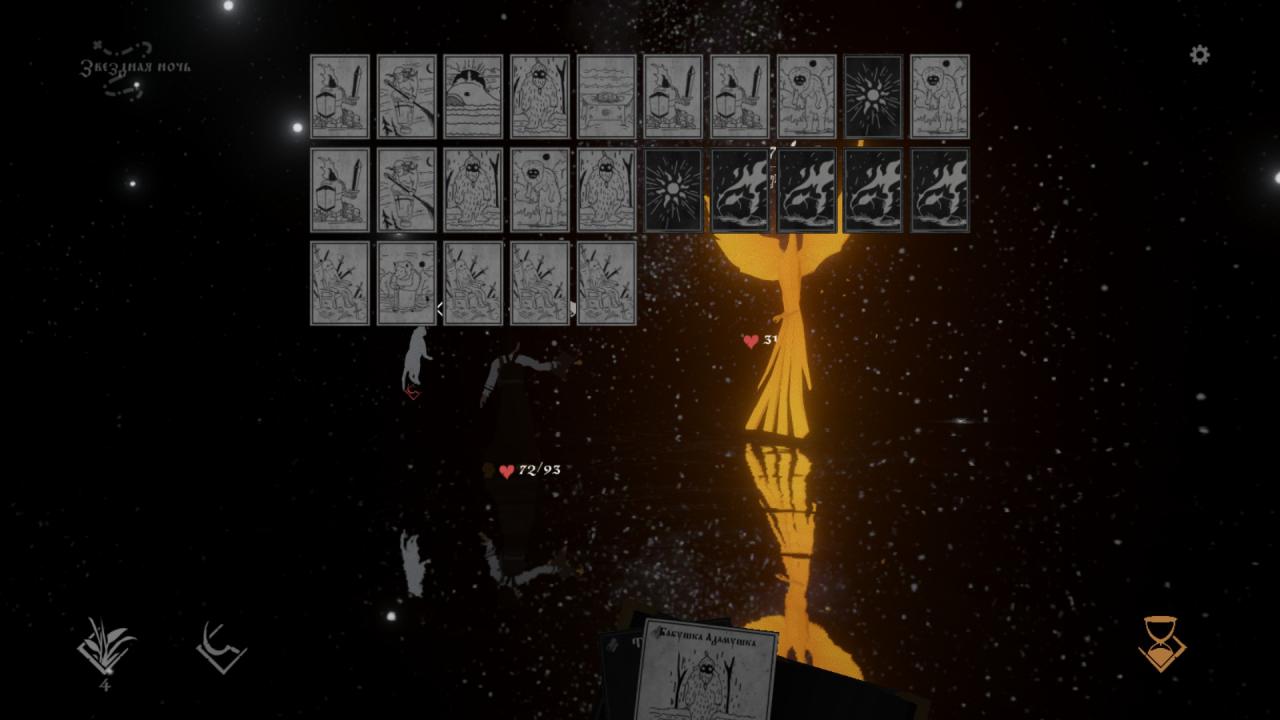 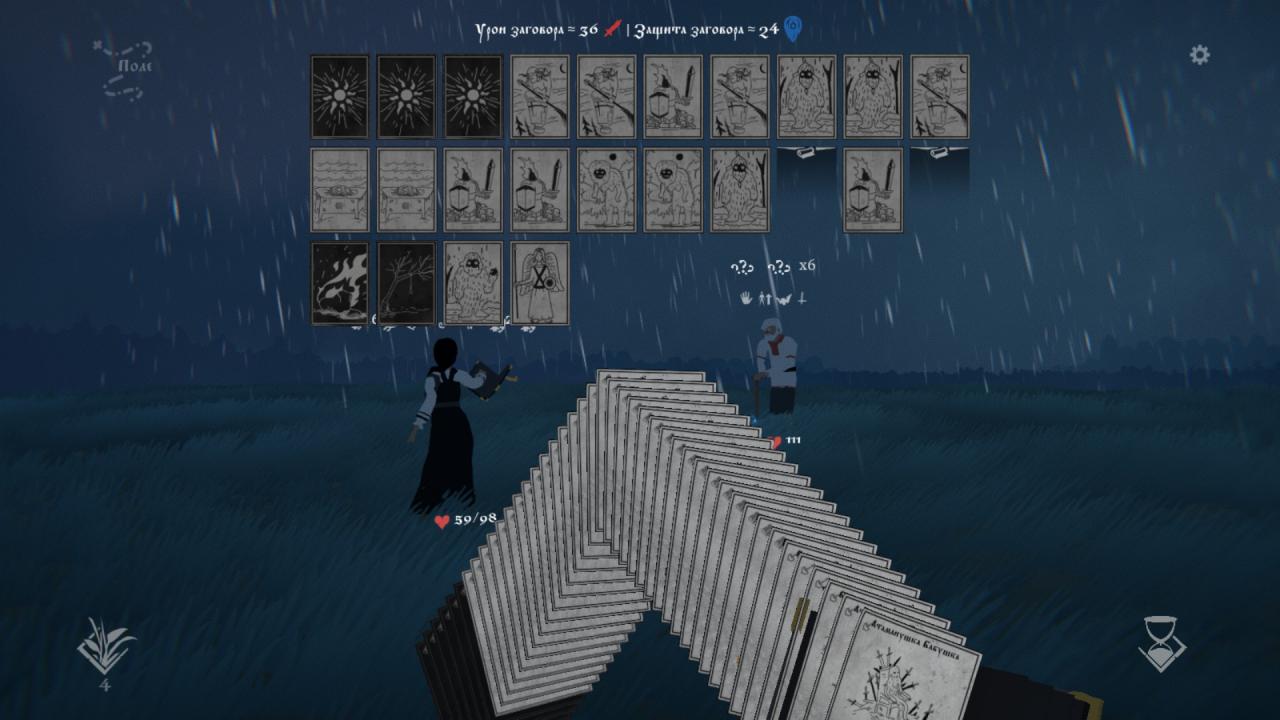 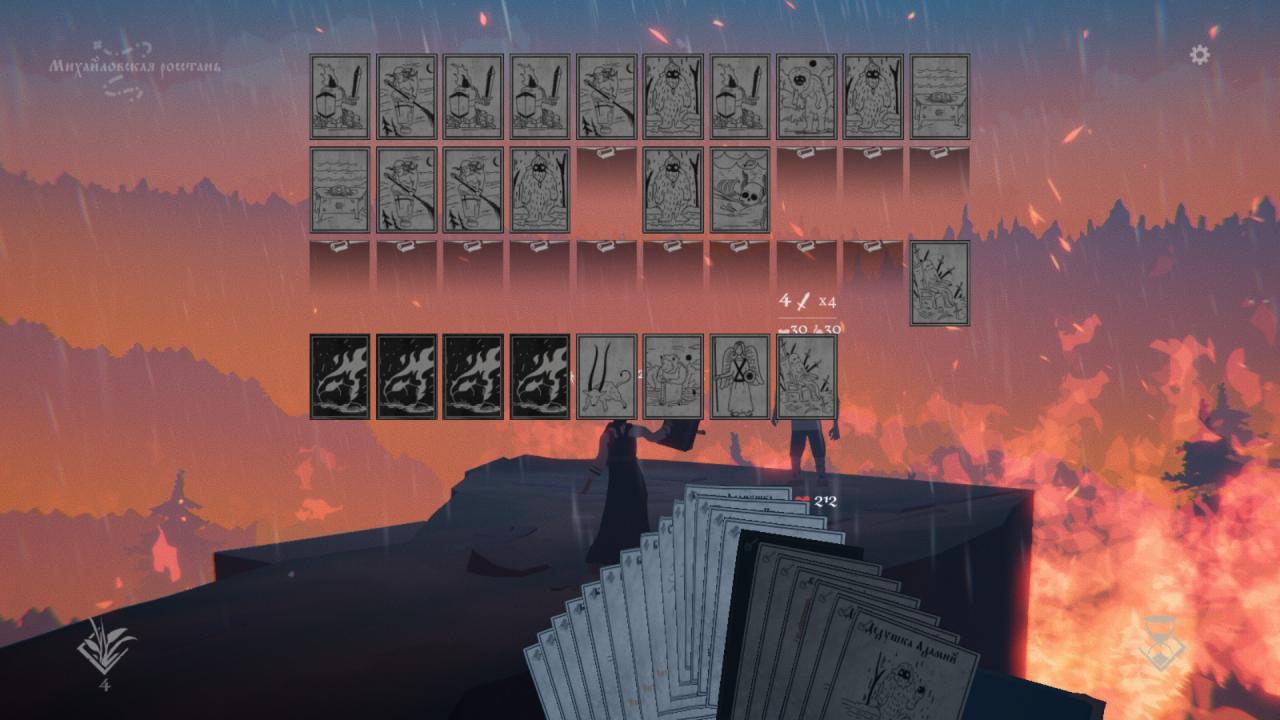