Basic mechanics
The deck itself is designed for the GG buff with the subsequent destruction of evil spirits.
Basic deck mechanics – Blessing, as the name suggests.

Everything is simple here - each status of a blessing increases your damage by the value of this very blessing.. Loses one stack with each move. As you can see from the screenshot, can be overclocked to indecent sizes.

First seal.
The game on the first seal is quite simple and you can play it in any way. But it is worth putting the following words in the deck.

The second seal is aspen
When switching to the second seal, discard all passing cards from 1 print. Here we are interested in the following cards.

Third seal - watermark
Here we are interested in 2 cards 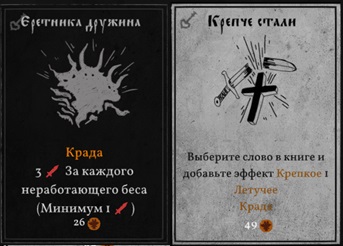 I must say right away that the game at the time of writing the guide does not correctly calculate the damage under the blessing. But demolish 500+ damage from one card is quite real. 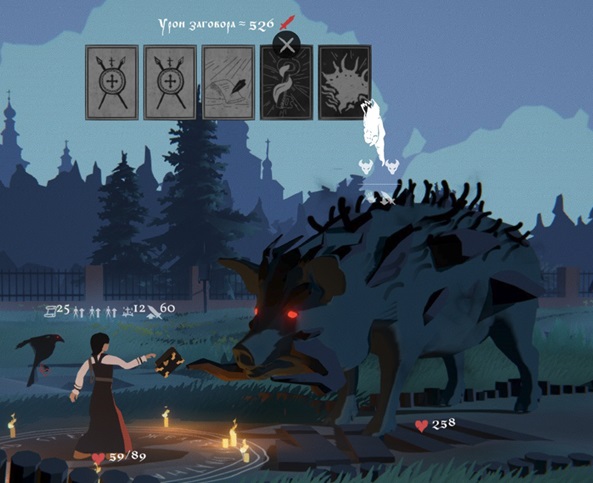 Fourth seal-wolf
The fourth seal in its arsenal has a number of powerful cards. 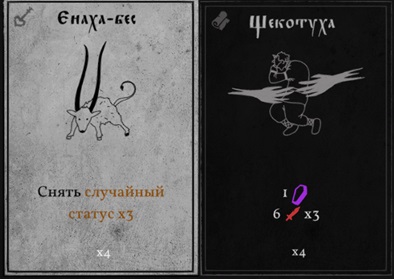 An unpleasant fact should be noted here., that in hell we lose demons and the squad stops working. and it is necessary to look for an alternative in terms of damage.

Helpers and artifacts
The obvious choice is the crow, it is a pity that he appears in the second half of the game. And then it quickly disappears, but nonetheless, he can help us.

From artifacts we wear everything that increases our Blessing. As well as Artifacts that protect us from various negative effects.

Deck Example
I finished the game with the following cards
Orders