A brief description of the conditions for obtaining all satellites and opening all mythical paths. I tried to write with minimal spoilers, so that the guide can be used before the start of the game and make the choice, but you can't do without spoilers at all.

I want to warn, that I played the game in the early access stage and most of the information will be taken from there. Theoretically, after the release, something could change.. Also, information on late myths has not been verified for 100% in the game due to early access restrictions. I will gradually check the information and correct if necessary.

What are mythical paths?

Mythical path or just mythical for short – this is an opportunity during the passage of the game to turn into one of the powerful entities.

Mythics have the following impact on gameplay:

Obtaining mythical levels is tied to story events. Usually, it happens after some significant accomplishments. The game consists of a prologue and six chapters – the distribution of mythical levels in the game is as follows: 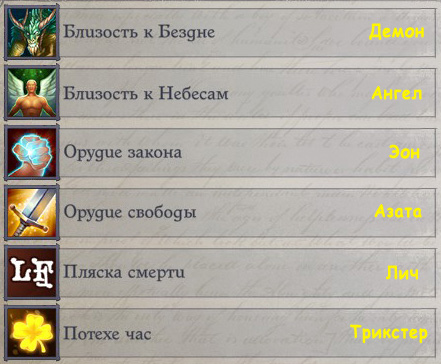 At the first level, we will be able to choose which myth we are leaning towards at the moment.. This implies an association only from a roleplaying point of view., but in fact this is not the final choice of the mythic and does not in any way limit us in the future choice. We may well first choose a penchant for one mythic, and then change your mind and eventually choose another. The final choice of the starting myth takes place at the third level.. This is where we make a choice, which will close all other myths for us in this playthrough. There are six initial myths in total – Angel, Demon, Azata, Trickster, Leach and Aeon. Access to the first two will open in the story, and the other four will need to be opened during the passage, by performing certain actions. At the eighth level, we will again have a choice – stay in your current myth or go to one of the later. Late mythics three – Legend, Golden Dragon and Walking Swarm. To be able to choose them, you will need to unlock them during the first four chapters of the game. There is also another secret myth., to which you can go in the fifth chapter, if the corresponding conditions are met. 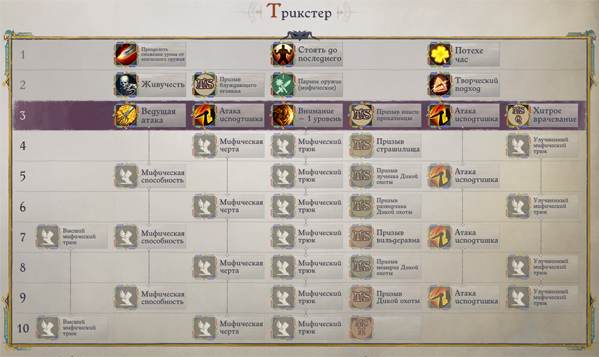 Each mythic has its own unique musical theme – if you suddenly hear, that the music has changed characteristically, then this is a hint, what is happening is connected with this or that myth.
After opening the mythical path, you will have the opportunity to select additional lines in dialogues, associated with this mythic. This feature will be available until the final choice of the mythical path at the end of the second chapter.. After that, you will only have access to the replicas of that myth., which you choose.

The paths of the Angel and Demon are basic and in any case will open during the passage of the main plot. In dialogues, you can choose at least the lines of the demon, even the replicas of an angel, at least one by one – anyway, at the third mythical level, it will be possible to choose any of these paths.

In the first chapter, when you get to the location Market Square, you will witness the conflict between Halran and Ramien. You need to not harm Ramien – either kill Halran, or agree with him, so he doesn't touch Ramien, or wait until Halran kills Ramien himself. Anyway, if you did not harm Ramien yourself, then Ilkes will appear and give a quest "Sight, staring at the stars ". You will need to first find the bard Aranka in the location Earl of Arenda's party house, and then the magician Tall in the location Market Square – he looks like an ordinary crusader and stands next to the place, where did you bridge the rift, when we first came to this location. After that, go to the Dezna temple at the same location and when the desnaites will sing a song to you, sing along with them.

In the first chapter, when you get to the location Library "Black Wing" in conversation, choose the lines marked with the words "the trickster's way" and "succumb to a strange inspiration".

In the first chapter, in the location Market Square find a strange dagger (not far from the place, where was the holiday at the beginning of the game) and save a piece of the eon. When you find the Guardian Stone in the location Gray garrison, then select the option marked "aeon path". This is a prerequisite – any other choice will block Eon's path.

In the second chapter, after passing the overground part of the location Smile of a leper access to the caves will open. Get down and find a wand on the left side of the location – take it with you. Further in the second chapter during the passage of the location Lost Sanctuary, when you get to the hall with the altar, you will notice a secret door in the east wall. Consider, that you can only notice it if you have with you the wand you found earlier. Go there, find a character living there and agree to his proposal.

The following myths are late – do not read further, if you want to find them yourself or if you are afraid of some spoilers. It will be possible to choose one of the later mythics at the beginning of the fifth chapter., if all conditions are met. 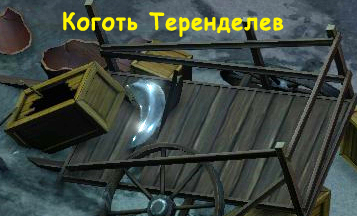 This myth will open in the fifth chapter during the main plot.. You will need to pass the check to abandon your mythical powers. If you have refused to accept the Force in the following cases, then the complexity of the check will be noticeably lower:

The next myth is secret – do not read further, if you want to find it yourself.

To gain access to this mythical path, you need to choose the path of Azatha or Aeon at the third mythical level.. After that, just follow your mentor's directions no matter how, how strange or wrong they will seem to you. And then in the fifth chapter an additional opportunity will open up for you. 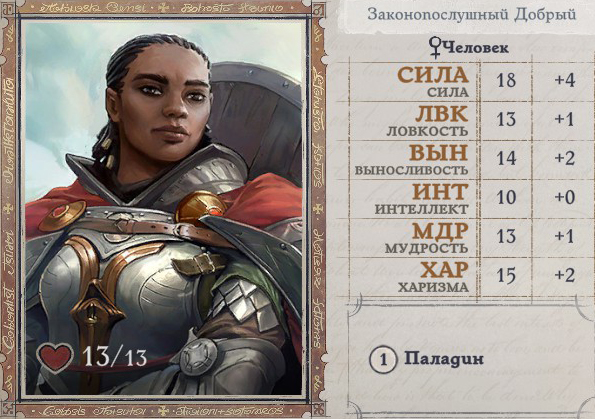 Siila joins in the prologue during the main plot. 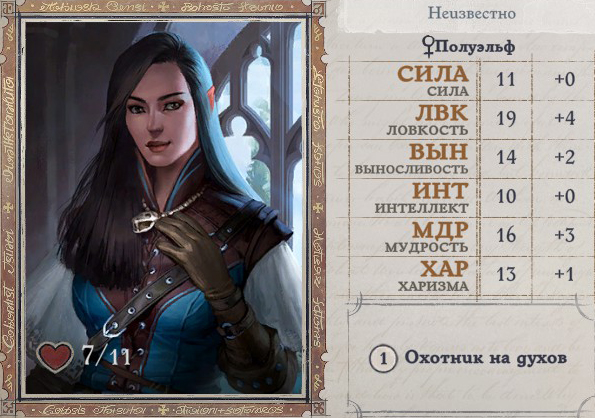 Camellia joins in the prologue during the main plot. Wears a non-removable amulet. Romance with a male character. 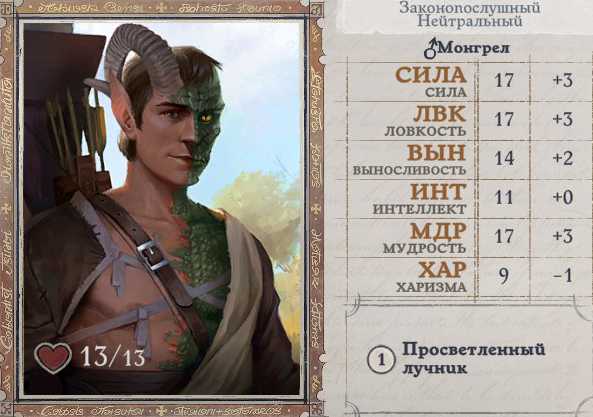 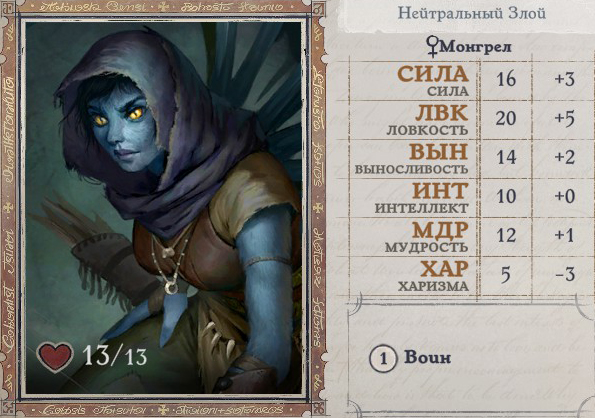 Lann and Wenduag join in the prologue during the main plot.. But at the end of the prologue, only one of them can remain in the party.. You will need to choose two times. First time in Mongrel village – you choose who will be with you during the prologue. Second time at the end of the prologue – you choose who stays with you for the main part of the game. Consider, what if you twice – in Natholm and in the Labyrinth you choose the path of the Angel, then Wenduag will refuse to go with you. Lann – romance with a female character, Venduag – with a character of any gender. 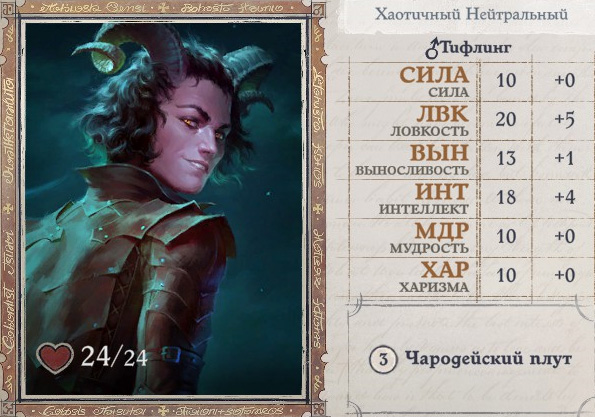 Wolf joins in the first chapter in the location "Heart of the Protector" as part of the quest "On bail". 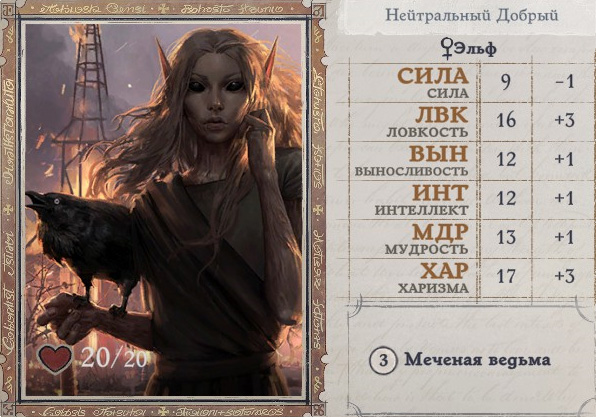 Ember joins in the first chapter in the location Market Square. 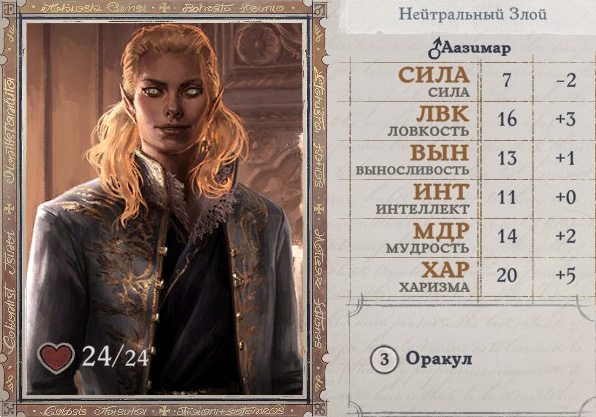 Deiran joins in the first chapter as part of the quest "Not the best time for a feast", which can be obtained from his servant in the location Market Square. Romance with a character of either gender. 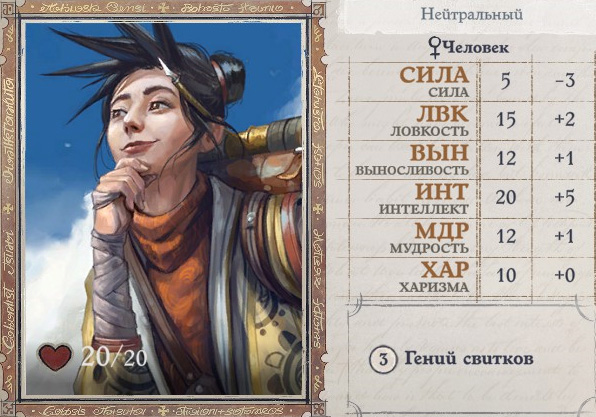 Nanyo joins in the first chapter – you will meet her in one of the random meetings. 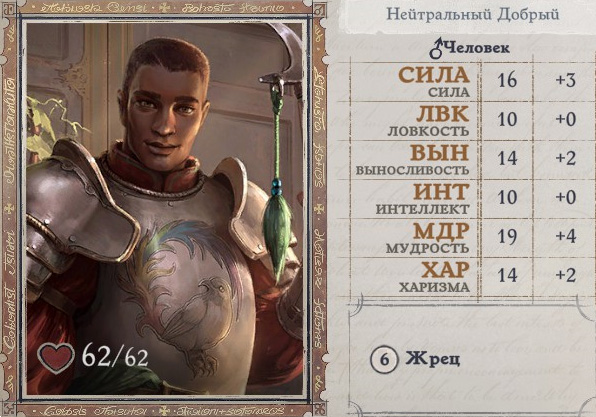 Zosiel joins in at the beginning of the second chapter during the main plot.. Romance with a male character. 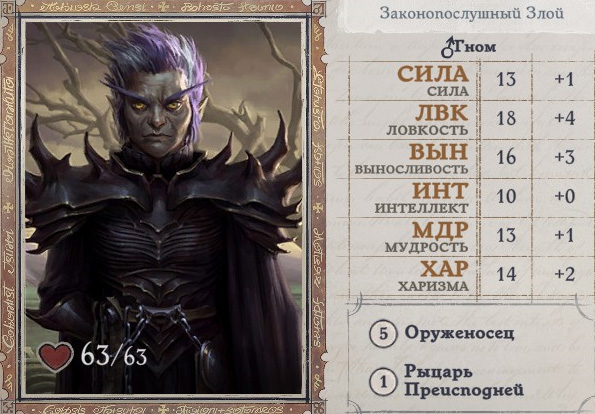 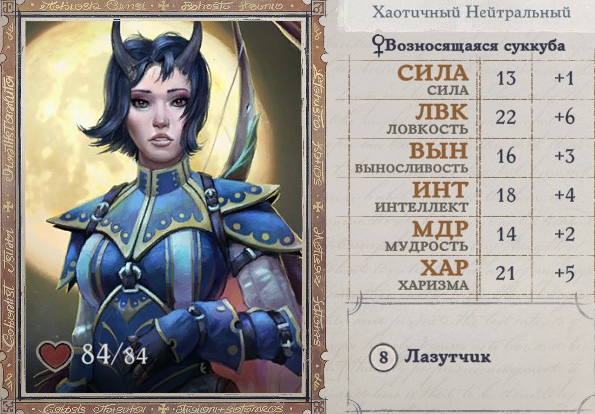 Arushalai joins in the third chapter as part of the quest "Demon Heresy". Romance with a character of either gender.

But there is also the possibility of joining Arushalai in the second chapter, if certain conditions are met. Firstly, need to open the Path of Azat. Secondly, after passing the plot of the location Lost Sanctuary there will be an opportunity to go down to the foot of the mountain. There you need to find the altar of Desna and three items – Unknown lands map, Little Astrolabe and Little Harp. One of them is right on the altar, and the other two lie in the same location. Place all items on the altar, play the correct melody on them and talk to Arushalai. Thirdly, during the assault on Dresen, when you find Arushalai in the Casemates, then use the words of the Azat in the conversation and sing the song of Elysium. In the second chapter, Arushalai joins the eighth level (on the picture), and in the third – tenth level. 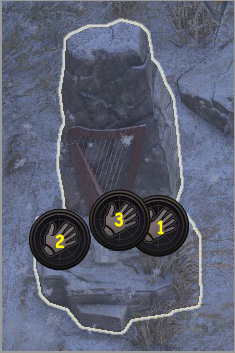 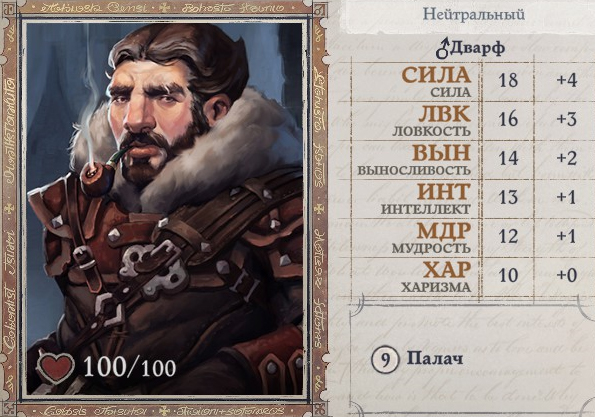 A warning. The following companions are either specific to a certain myth., or secret. The part below contains very serious spoilers., so don't read it, if you don't want to spoil your impression. 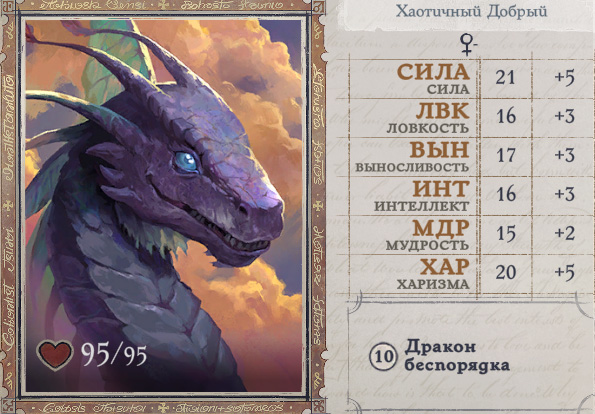 Quince joins in on Azaty's path. 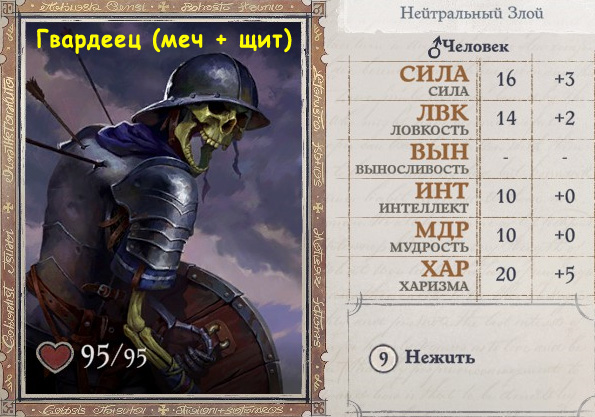 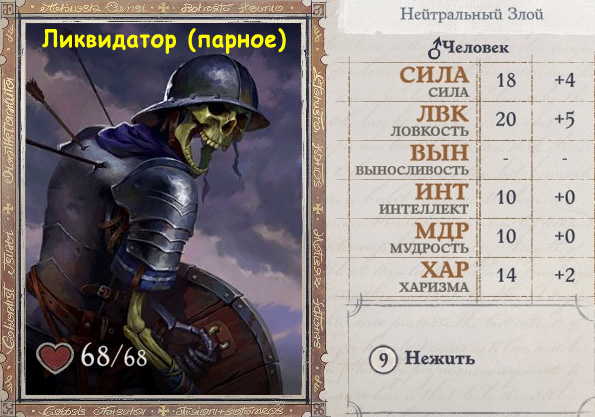 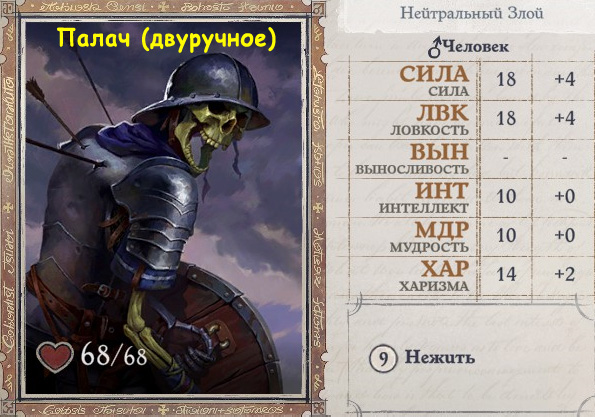 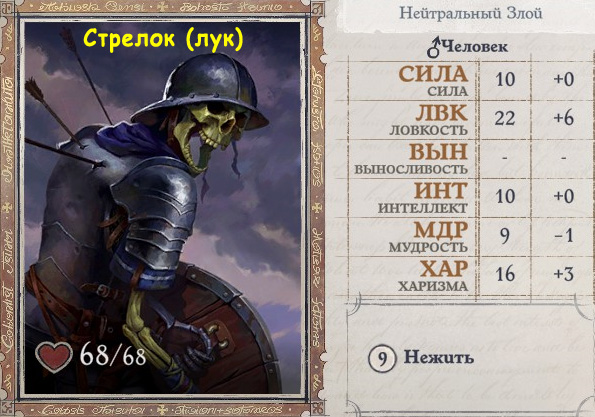 Skeleton (one of four options to choose from) joins when choosing the path of the Lich.

Lich's grave guard
Will be added a little later

Companion (4 chapter)
Will be added later

Companion (5 chapter)
Will be added later