In general, having the following computer configuration (i3, 16 gb, 1660you, win10, 32″ 3840×2160) faced image quality problem in ETS2 v.1.41. Basically the so-called. “ladders” and smoothing.
Attempts to somehow improve the graphics on the recommendations of the forum https://roextended.ro/forum/viewtopic.php?f=23&t=1000 “[DX11] Help regarding Nvidia Profile Inspector (NPI) ” the result was given. But FPS dropped a lot (to 25-30%), GPU load -99%, accordingly, the temperature is up to 72.
By advice Orbita Channel RP, why are they huge Thank you! made the setting through the Nvidia control panel – and it worked, problem with vertical sync settings (vertical sync pulse). 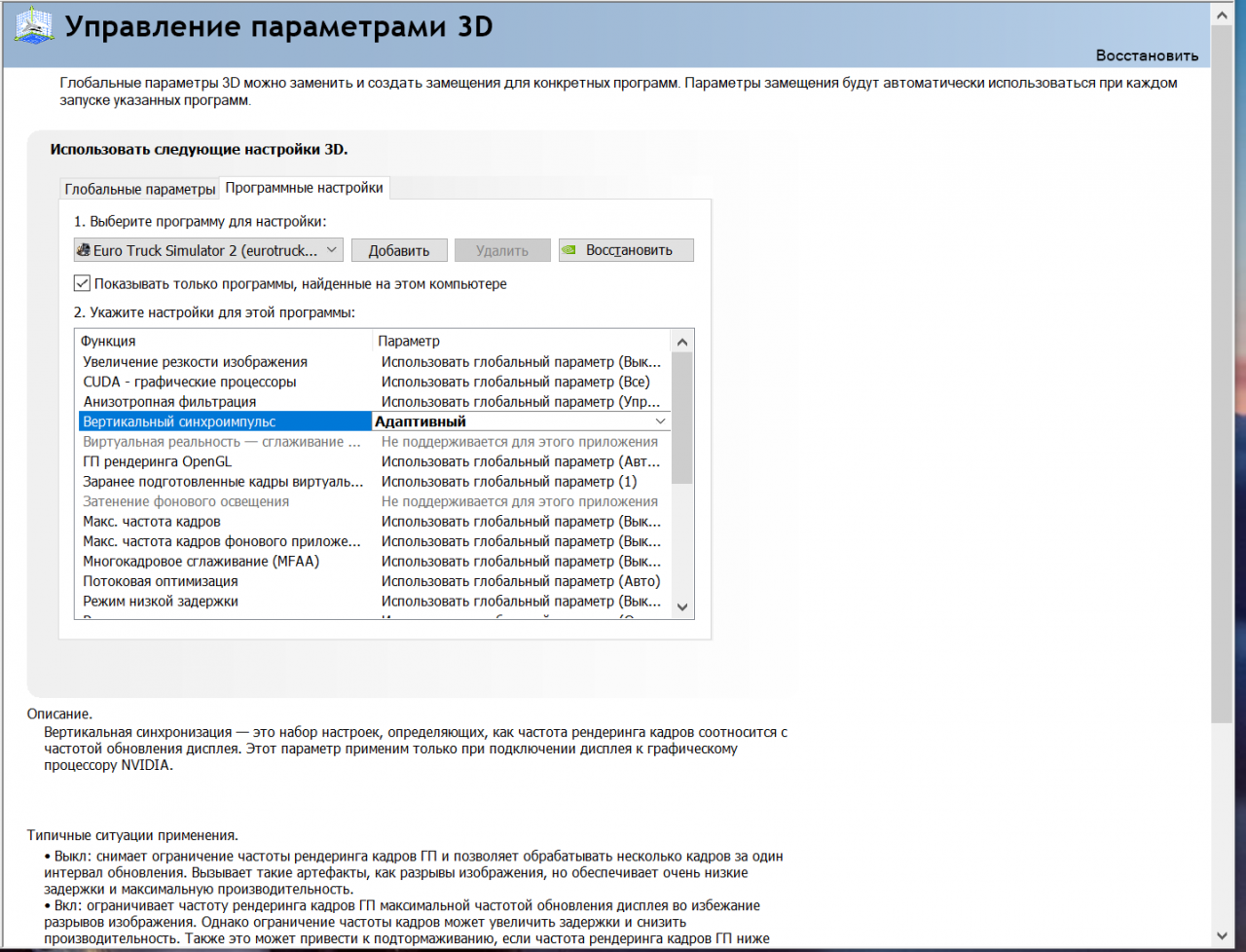 Further, in the config file, I corrected the display range in the mirrors, reducing to 120, and increased anti-aliasing.

In the game, the settings are as follows 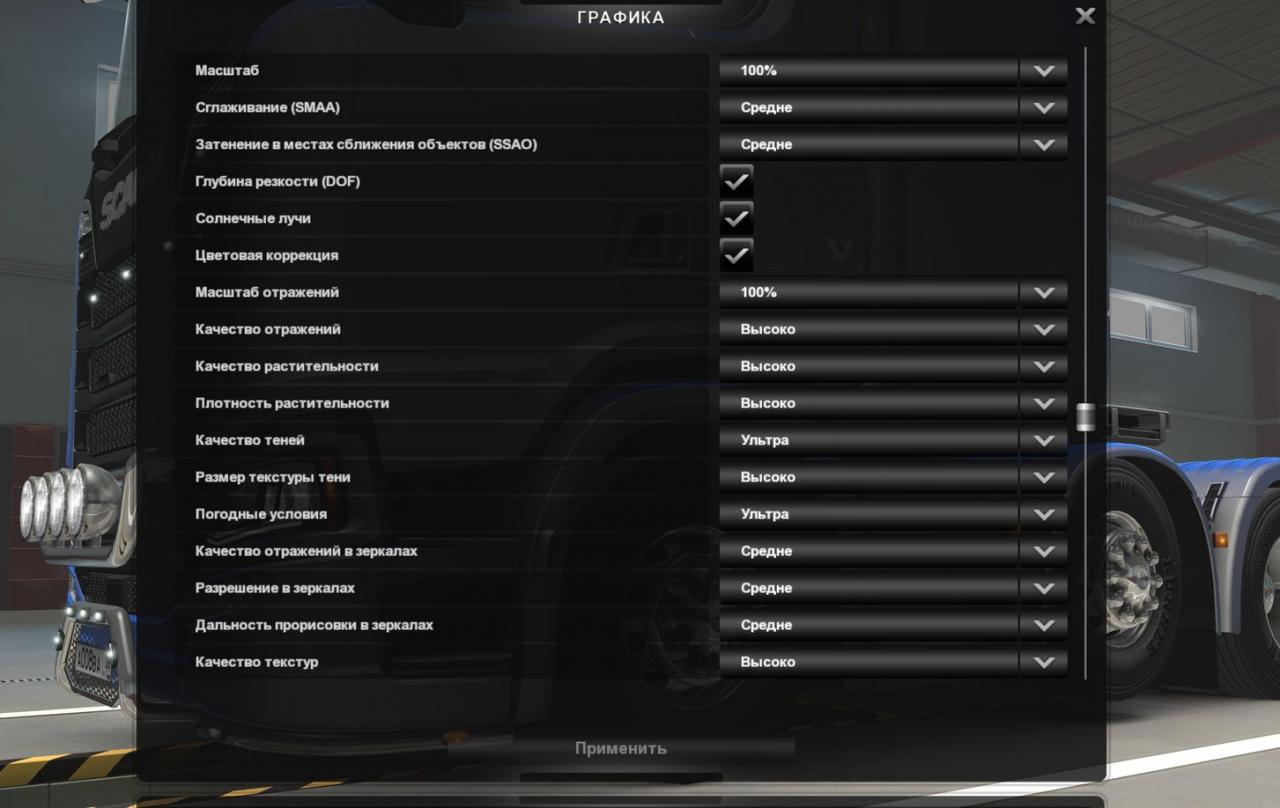 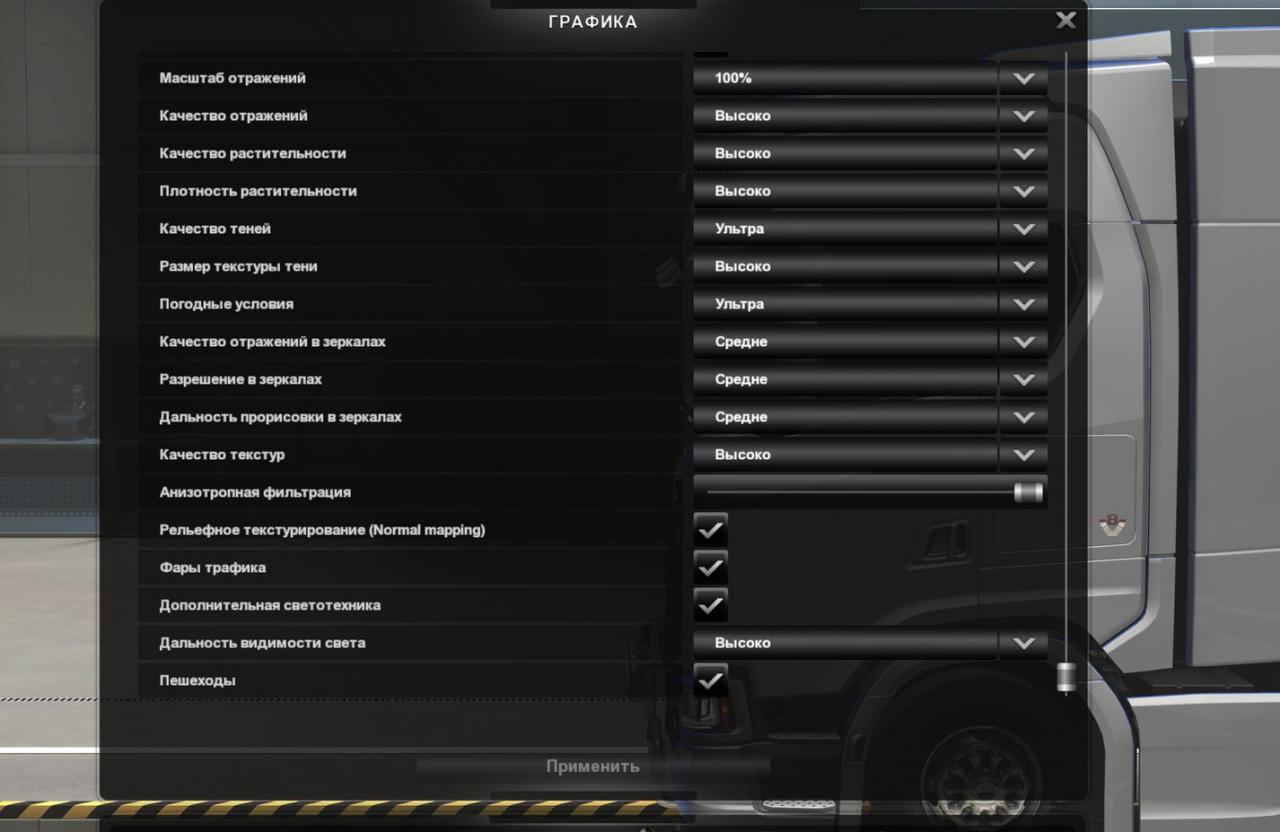 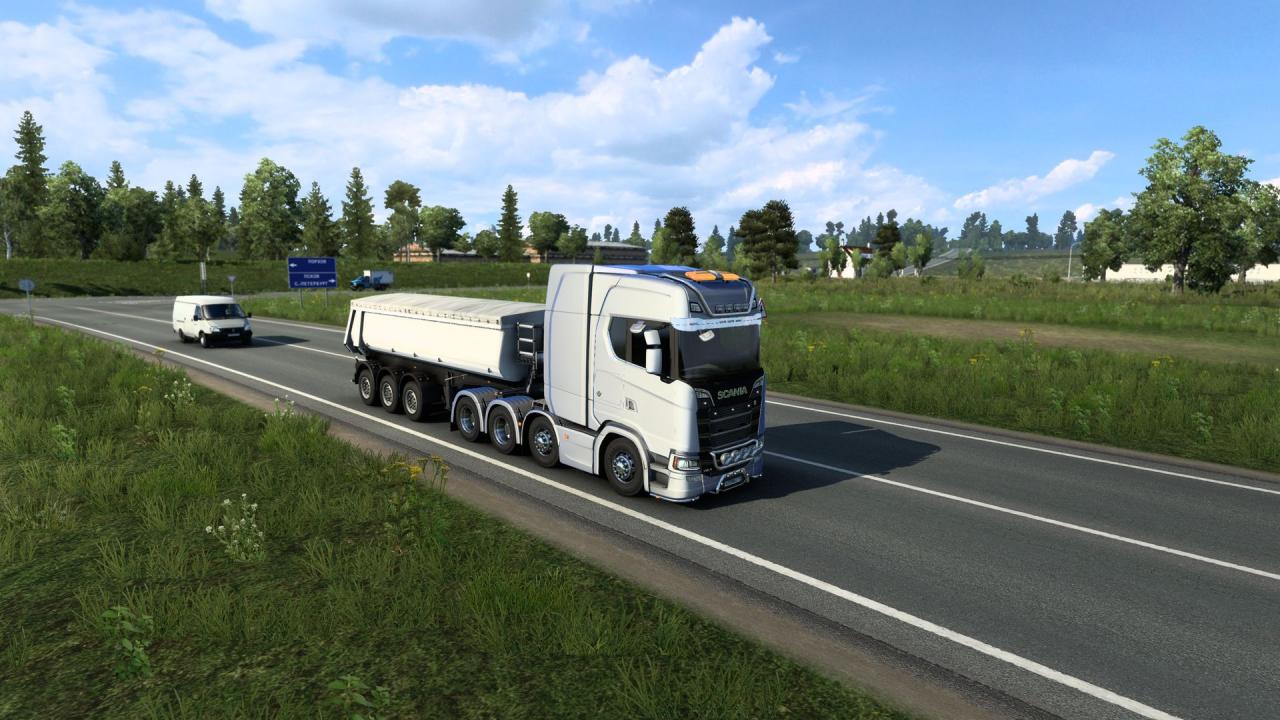 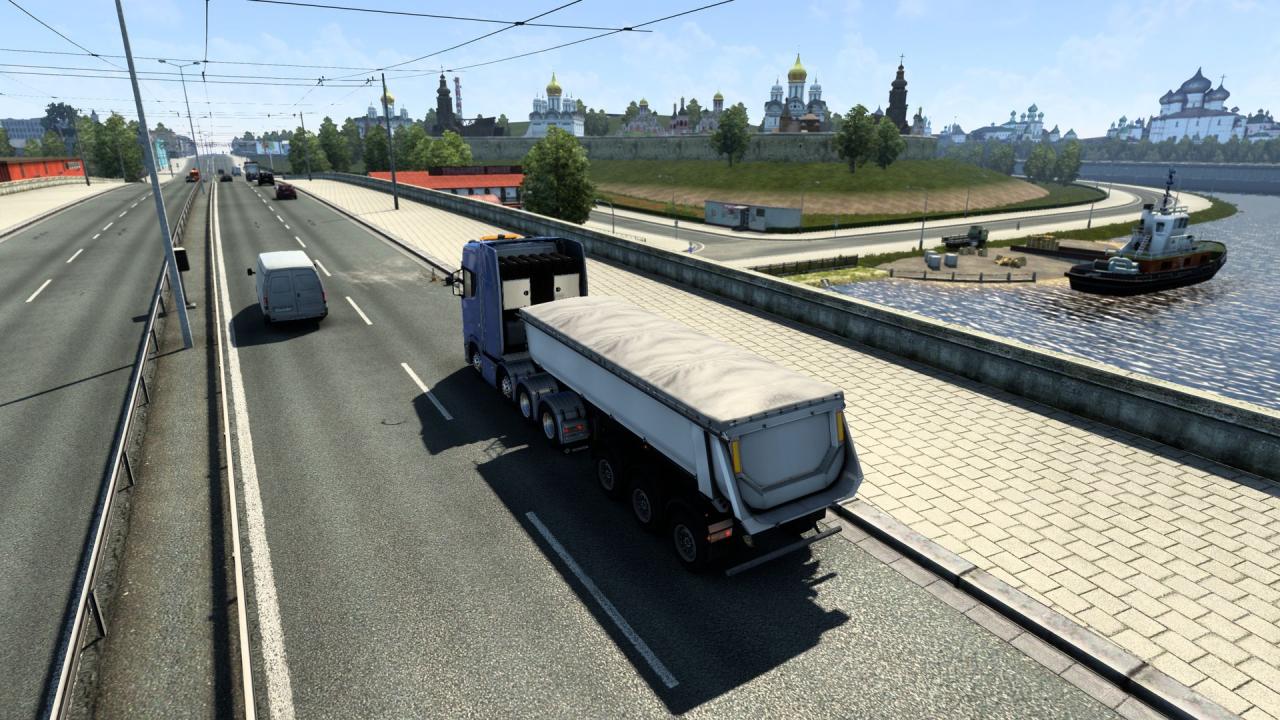 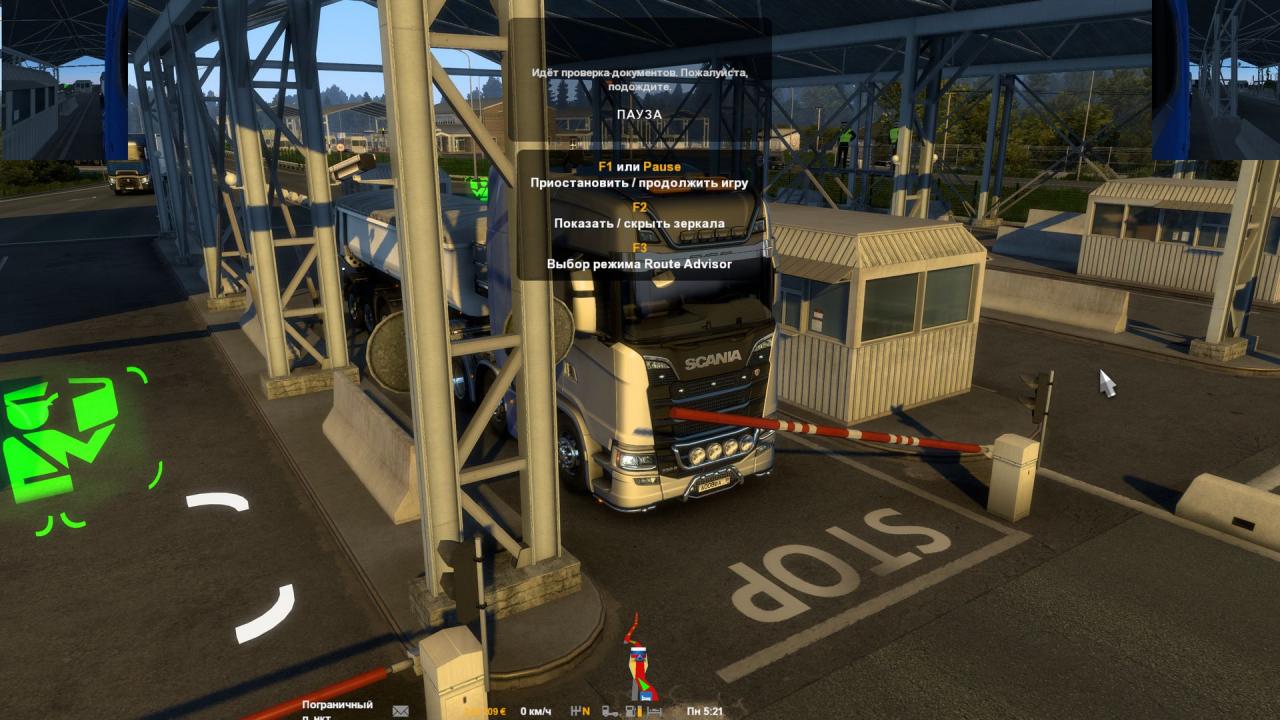