This guide describes all the changes in the update “Nightmare” (version 0.4.0) 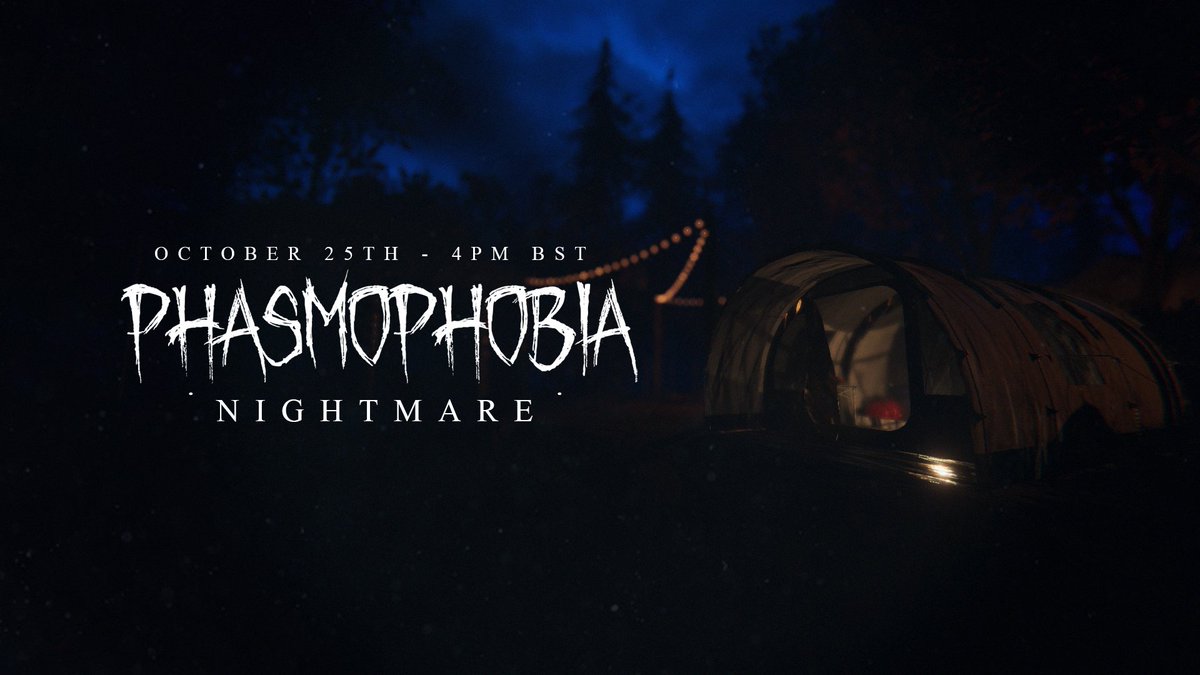 – Brand new medium sized map with picnic areas, games, several tents, log cabin and haunted lake.
– Maple Lodge has more unique properties, higher density of objects and more visual details.
– Minimum Spec Computers Should Have No Problem, but if you have outdated equipment, you can see the FPS drop.
– Other locations will receive more detailed elaboration and more unique objects later..
– In the future, other locations will receive a new design for the mini-map in the truck., to match the Maple Lodge camp.

All difficulty levels have been overhauled. We hope, that these changes will make each difficulty more unique and provide more options for players of all skill levels.
Some doors will now open randomly based on difficulty.

Professional: for experienced ghost hunters.
– It is very rare for a ghost to change its preferred room.
– No time to get ready
– Short initial hunting period
– Long hunt
– Sedative pills restore little sanity
– Electric meter switched off
– Much less cover

Nightmare: new difficulty for the best ghostbusters, designed as a test mode for those, who are looking for the most intense gameplay, which phasmophobia might suggest.
– The ghosts will show no evidence
– The ghost sometimes changes preferred room
– No time to get ready
– Shortest initial hunting period
– Long hunt
– Kills increase the duration of the current hunt
– Sedative pills restore very little sanity
– Electric meter switched off
– Almost no cover
– Paranormal interference has damaged some of your monitoring equipment

Everytime, when you conclude a contract, the location will have different weather, which will add new styles of gameplay and make each contract unique. Changes in temperature will make it difficult to locate a ghost, rain or wind will impair your hearing, and thick fog will impair visibility.
– Clear sky
– Fog
– Light rain
– Shower
– Strong wind
– Light snow

Ouija board didn't make so much sense, as we would like, so it was updated. Now you trade your sanity for information.
Ouija board now significantly reduces your sanity, when the ghost answers.
If the ghost doesn't answer, you will only lose a small fraction of your mind.
The Demon's Weakness Changed, to reflect these changes.

– When crouching, the player collider now shrinks, to fit the player model.
– Ghosts will now disrupt electronic equipment whenever, when they are visible.
– Ghosts can now blow out lighters.
– Using the walkie-talkie will now attract ghosts while hunting.
– Now the walkie-talkie will only play static sounds, when near a ghost.
– Lighters and candles are now extinguished, when it is raining heavily and when they are thrown.
– New icons appeared on the truck map screen.
– The ghost can now interact with multiple souls in certain locations.
– You can now place sound and motion sensors on the floor

– The base speed and acceleration of all ghosts when chasing a player has been slightly increased.
– Reduced hunting duration on small and medium maps.
– Ghosts now have a low chance of not leaving fingerprints when interacting with the environment.
– Fingerprints now disappear through 60 seconds.
– Ghosts in the attic and basement are now less likely to roam.
– Attic and basement ghosts will now only move to the next floor, and not on the other side of the card.
– All contracts are now always available for selection on the map screen.
– Sanity mean will now be accurate, not random.
– The difficulty of the contract will now be equal to the difficulty by default, the last time you played.
– Map description replaced with difficulty description.
– The bone can now be a random human body bone and has new visuals.
– The footsteps of the ghost can now only be heard then, when the ghost moves.
– Screen resolution change in log now offers confirmation
– Freezing temperature evidence has been changed to reflect the new weather, requiring lower thermometer readings. Breathing hasn't changed
– The on / off indicator of the fuse box is split into two different indicators instead of one, which changes color.
– Ghostly sounds are now disappearing, rather than suddenly stop.
– New textures for handprints and ghost footprints.
– Lighters are now disabled, when they are put in inventory.
– Ghosts can now blow out candles when the lights are on.
– Several rooms have been renamed Edgefield, Bleasdale и Grafton.
– All ghost events will now last at least 1 give me a sec.
– Window knocking will now make noise on a parabolic.
– Photos have been replaced in several photo frames
– Heartbeat will now fade in and out, the volume is also lowered.