In this guide, I will cover all types of missions.

Missions are the main components in the game. One to four players can participate in them at the same time, to reach the goal (goals) and get a reward. 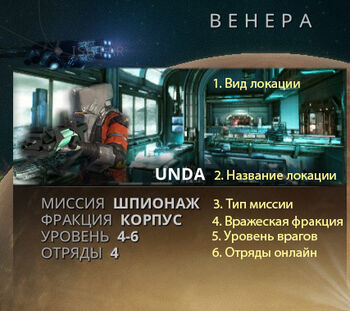 The main types of missions