This is a guide to all weapons in The Forest.. I'll tell you right away – I did not include weapons such as stone, skulls, alpenstock, slingshots, sticks, etc. – after all, this is nothing more than a weapon, extremely useless and in fact is a material (except for the slingshot). Slingshot, as I think, is absolutely impossible to play and was added only for the sake of variety, and no one uses the alpenstock as a weapon for sure, it's more of a tool (like a hammer).

The largest category. Most of the game you will be using these things..
Airplane hatchet 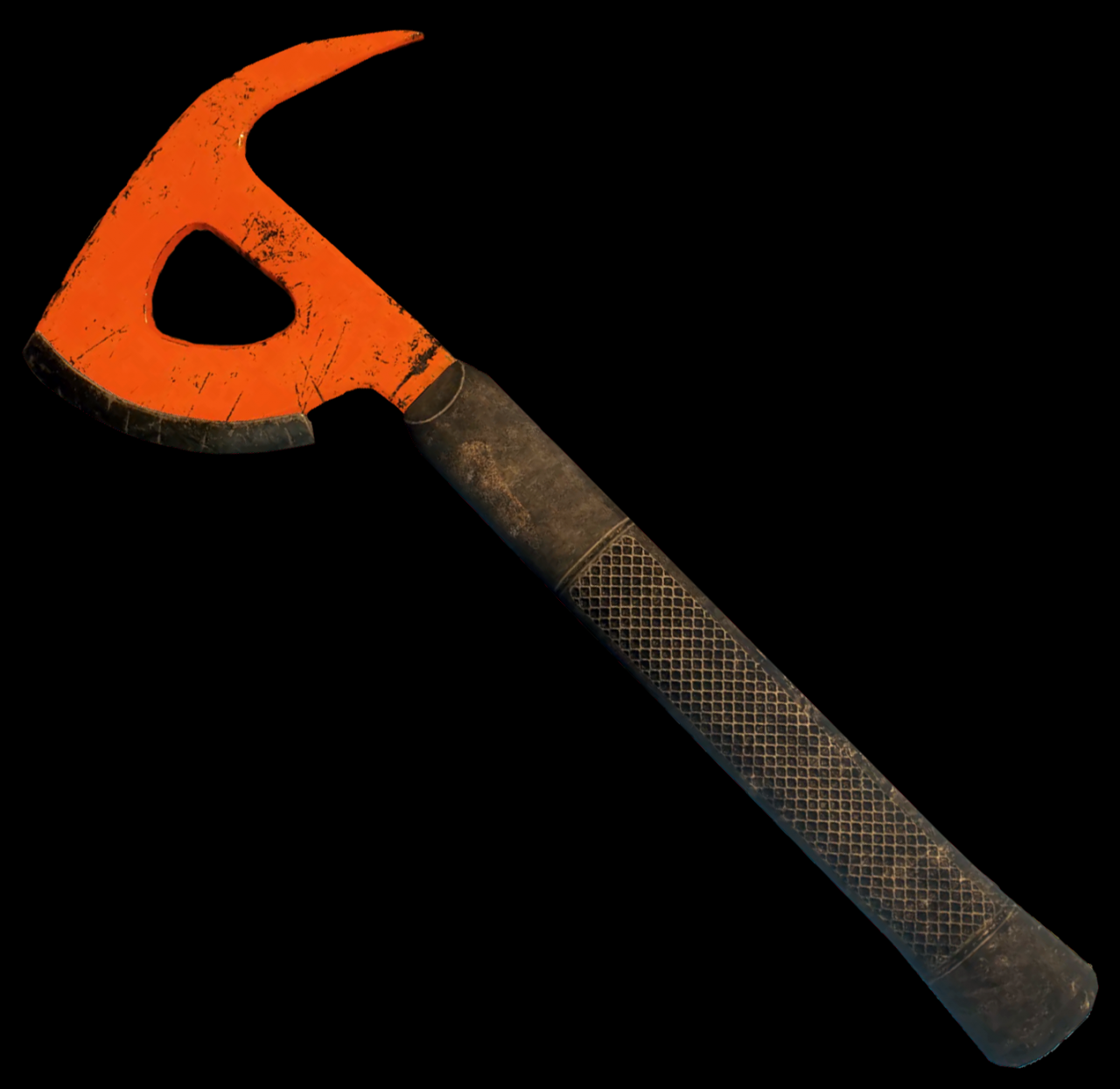 This friend will be with you from start to finish. (unless you remove it with cheats)
As a weapon, to be honest, it does not fit well. Bad block, damage, speed. Well, that's why he is the starting one. Cuts wood with 17 blows, which is a lot.

Can be improved with alcohol, teeth and feathers, as well as a rag. On account of finding – you won't miss it. It will be in the corpse of a flight attendant and it is almost impossible to legally bypass it.. 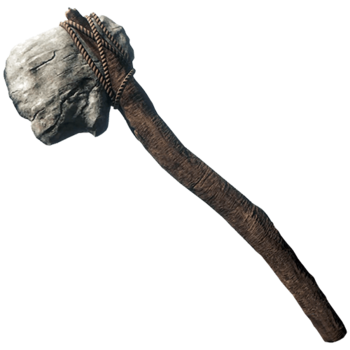 Suitable only for felling trees, when they didn't find the following axes or saw. Is that the block is useful, but most likely when a high block will matter – you will already find something better. Cuts wood with 13 blows.

Crafted from Stone, ropes and sticks. Can sometimes be picked up from an ordinary Aboriginal. 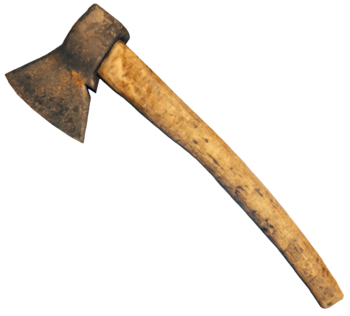 Every house or dacha has such a yes? The main plus in 10 glasses block, which means he blocks the blows of the hand,virginia and the like. Poorly suitable for felling trees – same 13 blows.

You can find a handsome man in the 6th cave, near the tents. 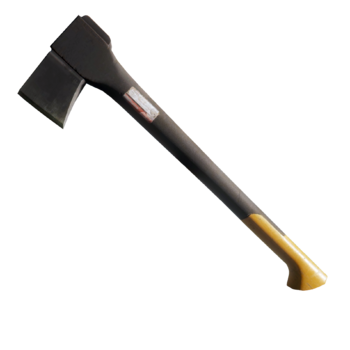 Incredibly cool thing. Cuts trees for 7 blows, deals a lot of damage per hit, fastest among large axes. The only problem – 9 block points. In other words, it will not block the blows of mutants..

You can get it easily in the second cave., if you enter from the entrance near the camp by the lake. He'll be in a hiding place, descent into which will be marked by a lamp – skull. 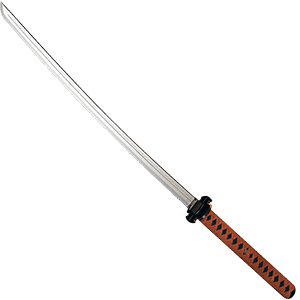 A cool thing comparable to a modern ax, however, she is only beautiful in battle, but much more. Damage small, but crazy speed. No block, that is, it just reduces the damage – but doesn't block it completely from anyone. Because of its mechanics, it is the best weapon against the natives., because her speed just prevents them from attacking you in return. If there are many opponents, put energy drinks in the fast slot, because she eats a lot of energy.

You can find it in the 1st cave, in a well-known place stuck in a person. You can also find a flashlight and money for lighting there.. 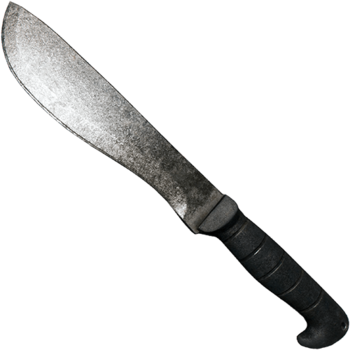 Beautiful, but irrationally difficult to obtain weapon. Slightly faster and slightly weaker than the katana, the attack radius is much less than that of the same katana. Nothing more to say.

You can find it in a karst funnel in a crashed helicopter. 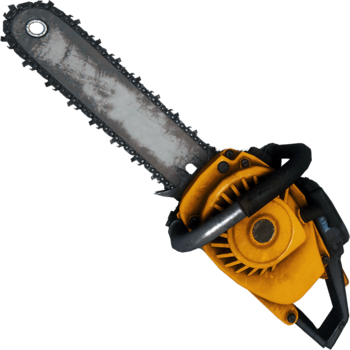 It is very difficult to build something large-scale without it.. Sure, first of all, it is needed as a tool, but also as a weapon., especially against mutants. You can attack by approaching a tight, holding LMB / R2 and stay as close to the target as possible. So she won't be able to attack. Gasoline is required to use

You can find it in the 3rd cave on the table, next to the reservoir. 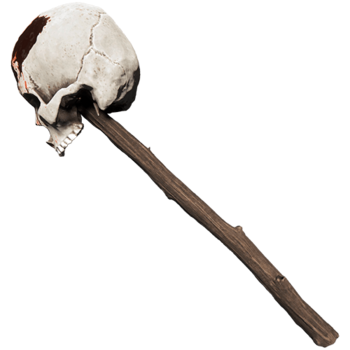 It has 9 block points, low speed and high damage. Like a weapon – failure. The starting hatchet will be much more effective..

Crafted from Skull and Stick 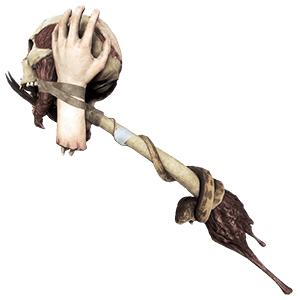 Beats even slower than its counterpart, but it is stronger and has 10 block points. A good thing to start with when you haven't found anything at all..

Cannot be crafted, just pick up from the cannibal. 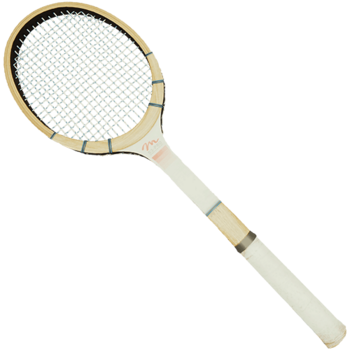 The level of benefits is at the level of a homemade club. Better than a hatchet only on block points, and that is not strong. But the hatchet is given at the start, and it is necessary to look for it. I do not advise her to use.

You can find it in the 7th cave near tennis players, virginia will be near. 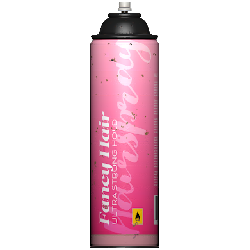 Sorry for the picture, I couldn't find it better. A good thing to gain an advantage against the aboriginal crowd (don't even try on mutants). Use only while holding a lighter, then it will work like a flamethrower. Without a lighter – useless, and also not endless and ends very quickly. I recommend using it when there are no other options., because because of non-infinity as a permanent weapon is terrible.

Found in suitcases, most popular place – cave with central camp.

Weapon, requiring aiming and allowing you to shoot from afar. The only adequate option for dealing with mutants.
Luke 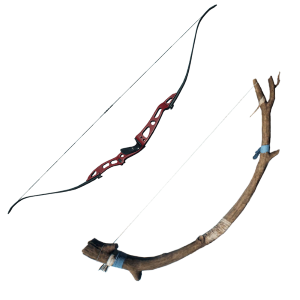 There are 2 type – Plain and Modern.

It is rational to use a regular bow before going on a plot., and when you go to the complex, along the way you can pick up a modern. 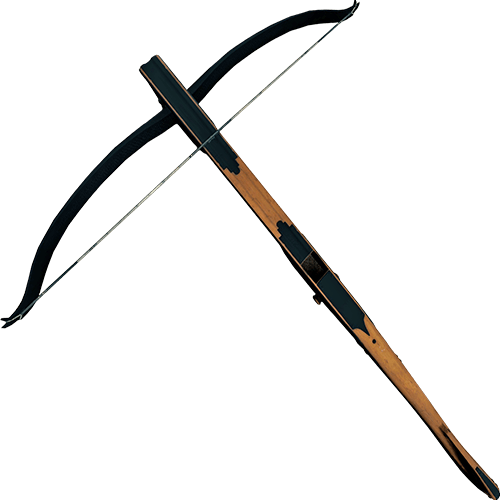 Can be found in a cave with a ship. Is like a pistol at minimum wages. Deals more damage than modern bow, but finding bolts for him is difficult. It is a good weapon to start the game.. Bolts are very easy to farm – need to find them (preferably in a cave), take, will remain, re-enter the save and return to the same place. Voila – bolts in place. Why in a cave? Because in my experience, the bolts on the towers do not respawn..
Spears 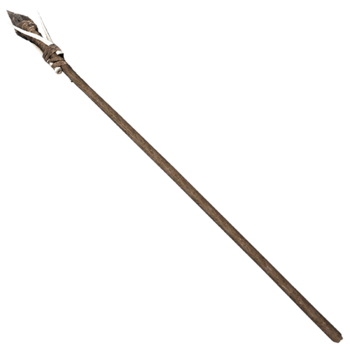 There are 3 type – Homemade,improved and incendiary. The first is created from two sticks, second of the spear, 3 bones and 2 rags, and the third from the improved spear and molotov.

In fact, the best is homemade, because it is the cheapest weapon that one-shot deer. It is not recommended to use in close combat. The second is more suitable for close combat, and the third, as I think, no one uses and it is good. 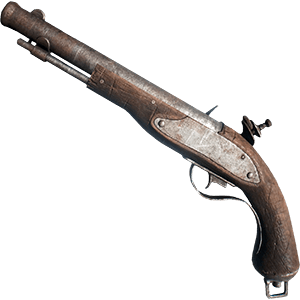 Very difficult to obtain weapons, which needs to be collected from 8 parts, scattered all over the island. Caches can be recognized by a prominent pile of stones and a dynamite icon.

Finding cartridges is as difficult as for a crossbow, but this thing is much more powerful. Kills mutants with 2-3 hits! And given that the cartridges can be farmed in the same way as for the crossbow, then this is the best long-range, or maybe in principle a weapon in the game.

(Please forgive me again, but I didn’t find a picture that would fit, that's why she's not there)

Can be found in the cockpit on the north side of the island. Uses signal lights as ammunition (who farm the same way). Sets enemies on fire on contact with a missile. A very good weapon against a dense crowd of enemies, great for final boss battles, if you haven't got a gun by this time.

This weapon is not often used in the game., but with skillful handling, it is of great help as in the fight against enemies (especially mutants), and in the extraction of logs. (if you throw explosives into the thicket of the forest)
Molotov cocktail 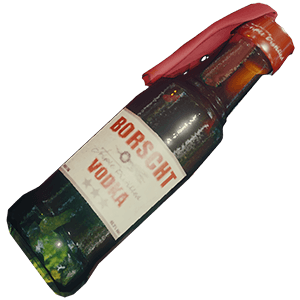 Most likely – the first throwable weapon you meet. Sets enemies on fire on hit, if it was previously set on fire. If the enemy is already on fire – can be thrown without setting fire, to prolong the effect. It is also very cheap., making it a good tool for fighting mutants.

Crafted from Alcohol and Rag. 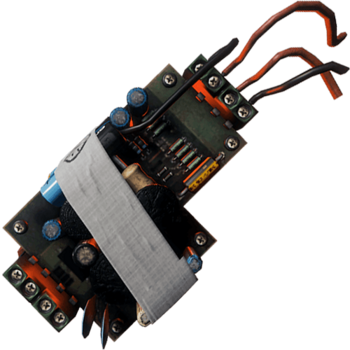 Explosives, which is quite difficult to acquire in large quantities. Explodes through 4 seconds after being thrown / placed on an object. Not effective on its own, but can be improved with resin and made it sticky. A sticking bomb will inflict a large (and often – fatal) damage even to mutants. 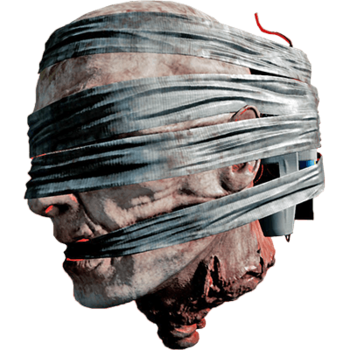 Most likely it was added for fun, because if you kill her, then you – lucky. It is the most powerful and inconvenient explosive. It is inconvenient because after the throw it flies not far, and often after landing it does not stay in place but rolls on. Alas, it is impossible to improve with resin.

Crafted from Bomb and Aboriginal Head. 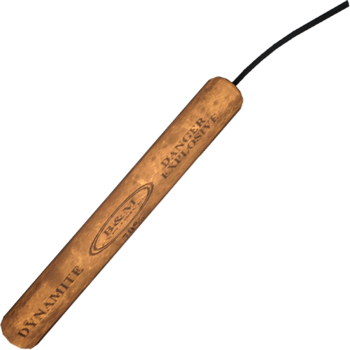 Like a bomb – explodes through 4 seconds after throw, but only if you set it on fire first. If you don't set it on fire – then it will just lie on the ground. Where it can be detonated with fire or other explosives. Cannot be improved with resin, but it does not roll back like a brain exploder and it is not difficult to use it against mutanots.

Found in caves, and in the cache of the 2nd cave it is in abundance.