Today we'll talk about Lena and Slava, and the most important thing - there may be spoilers in the manual, read at your own risk.

Lena is one of the main heroines of the novel "Endless Summer".
The basis for it was the IIchan.hk image mascot - Unil-chan.

Lena is a girl of medium height with dark purple hair, collected in two tails sticking out in different directions. At the first meeting, the main character describes her as follows: “On her beautiful face, as it seemed to me, torment for the fate of all mankind mingled with downright universal sadness ".

Antisocial, extremely shy. Likes to read books and avoids being the center of attention. With all this, behaves confidently and calmly in certain situations. In love with the main character, why, when meeting with him, Lena's shyness manifests itself more strongly. But getting to know Semyon better, Lena can talk to him quite freely. (and sometimes even very expressively). 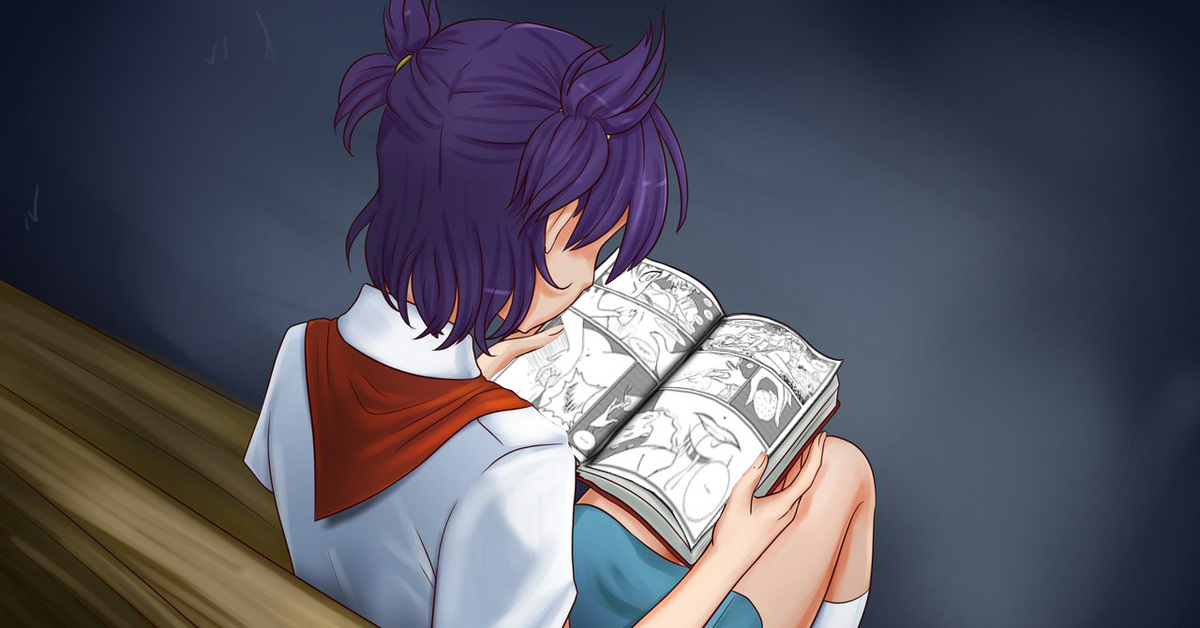 What the game writers say about her:

"Lena - no one has ever seen her real (Besides, most likely, Alice), because she never showed herself like this to anyone. She has desires, have aspirations, but she is afraid of being misunderstood, afraid to such an extent, what crushes all this in itself, until it explodes and bursts out, like Vesuvius. She wants to love passionately, to self-denial, but to get to the bottom of this, you will have to go through a lot of protective layers ". 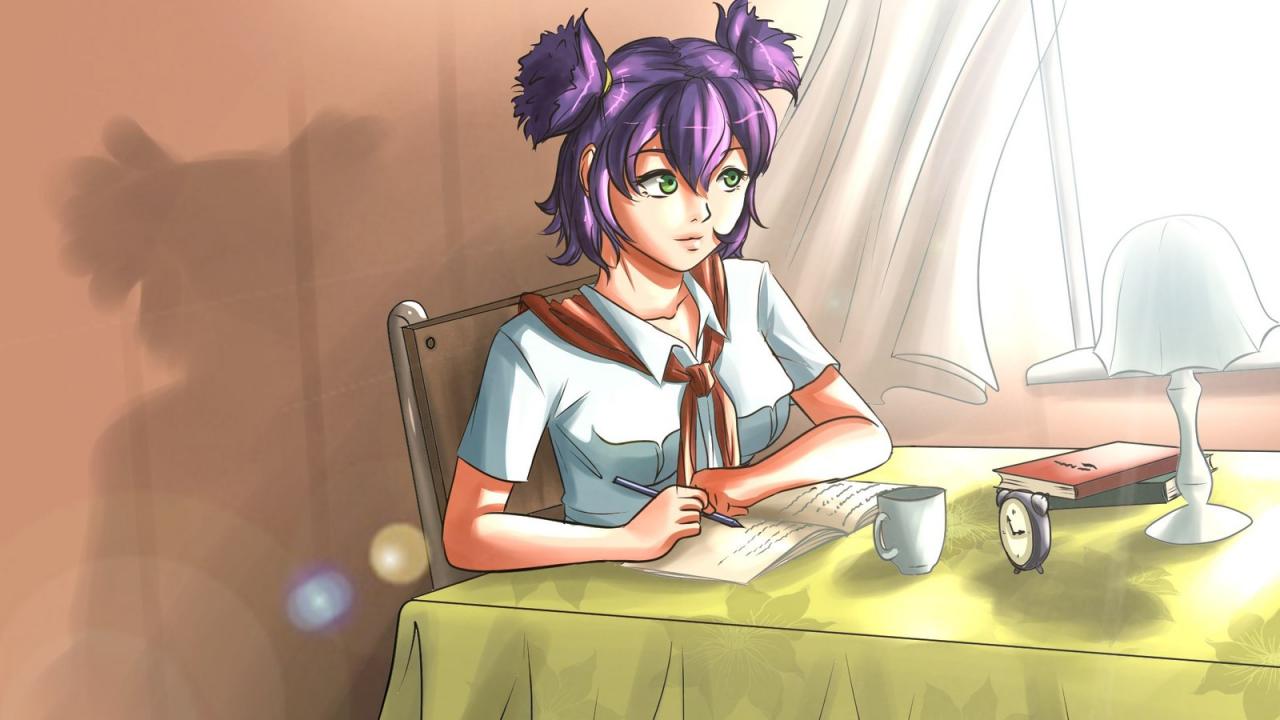 Lena's relationship with other pioneers:

Slavia is one of the main heroines of the novel "Endless Summer".
The basis for it was the IIchan.hk image mascot - Slavia-chan

Slavi's relationship with other pioneers:

Following your image, tries to maintain good relationships with all characters. Due to its correctness, sometimes it has problems with Alice and Ulyana. Is Zhenya's neighbor.