1. Throwing Knife
basis – Your main weapon, which you will inflict damage by bleeding.
Charm – It is best to knock out an enchantment on him., which causes nearby enemies to bleed.
Receiving – Obtainable at the very beginning of the game.

2.Onion Hokuto
Basis – Before you start hitting a boss or mob, you will have to first shoot the enemy with this bow, as it increases the damage from the next attacks for a certain time.
Charm – It is best to take the enchantment for additional arrows, since mutations do not add them to this weapon
Receiving – Knocks out the enemy * Canibal * in * Clock Towers * 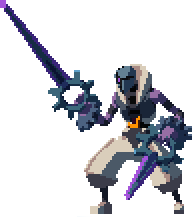 3.Napalm grenade
Basis – With this grenade, you will do most of the damage, who are near you.
Charm – Best to knock out enchantment, which itself will set fire to attacked from a grenade
Receiving – Knocked out of the mob * Hammer * in * The bowels of the prison * 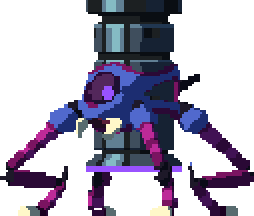 4.Poison cloud
Basis – You will have to use this weapon at the same time as the napalm grenade., since most often it falls on an enchantment that sets fire to napalm
Charm – It is best to take an enchantment that will transfer damage from effects to other mobs
Receiving – Knocks out * Swarm zombies * at location * Cemetery *

Mutations needed for the build

1.General communication
The main – This mutation will help you kill crowds of enemies faster., dividing damage between them
Receiving – knocked out of the mob * Swarm zombie * in the location * Cemetery *

2.Prickly tips
The main – This mutation will help you increase the damage of your kunai and Hokuto's bow.
Receiving – Knocked out of the mob * Poisonous vapors * in the location * Desecrated prison *

3.Without mercy
The main – Finishes off an ordinary enemy with 15% health points and Boss with 7.5% health points
Receiving – Knocked out of the mob * Slasher * in locations
*The bowels of the prison *
*Crematorium*
*Cemetery * as well as their additions with an arboretum in * Swamp of Exiles * 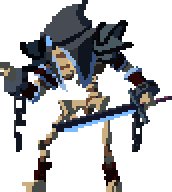 Since all weapons from this build are purple, then it will be necessary to take all the scrolls for tactics(Purple), and if there is no purple, then where it adds more hp.
This build, with the proper skill, it can help to pass absolutely any cell.
From The lyre