Far Cry 5 turned out to be a huge game in terms of content. In addition to the story campaign, players can do a lot of other things., which significantly diversify the passage. However, before, how to throw yourself into the world of Hope County, captured by mad fanatics, we advise you to read eleven important tips for playing, which will help you quickly integrate into the gameplay and get used to a new universe for yourself.

Talk to people
В Far Cry 5 there are no more towers familiar to the series, which previously served as the main way to discover new territories and complete missions. Now you have to get all the information about the world and tasks in the course of conversations with ordinary people (NPC). If during your travels you find a person, above whose head is an exclamation mark, it means he has some important information for you.

Valuable information can mean anything, starting from information about a hidden treasure, ending with some valuable quest, which needs to be done, to get to this or that character, important plot. The exclamation mark above the character will not disappear until then, until you talk to him, and therefore get confused about, how many people do you need to interview, you won't succeed. Even if you are too lazy to listen to each individual character separately, you can skip dialogs. Important, so that you just activate the conversation with the character, after which your goals will be updated or a new task will appear.
Change specialists depending on the situation

Specialists are key characters in Far Cry 5 as the plot, and on the gameplay. These guys will always be ready to help you fight the cult., but first you will need to unlock each of them (there are nine in total). Use specialists, when you go on some important mission. But it's worth remembering, that whoever is your favorite, change satellites depending on the situation. 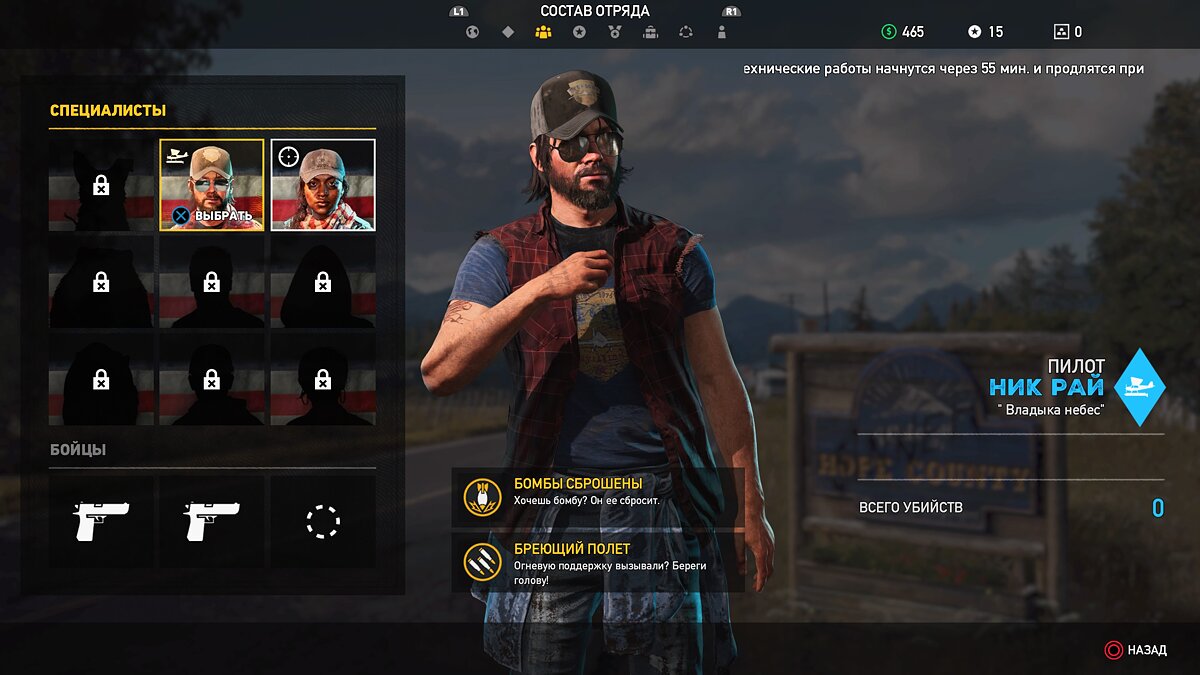 For instance, sniper Grace Armstrong is great for fire support in open spaces, while the shark pyromaniac is excellent for close range combat, because it has resistance to explosions and can destroy enemies with a flamethrower. Other specialists also have some peculiarities. It is important to decide on, how will you clean the area: in stealth mode or as loud as possible.
Pay attention to road signs
Probably, you have already noticed various road signs in the game, located near the roads of the world of Far Cry 5. These symbols need to be treated very carefully., since the developers screwed them on for a reason. The thing is, that the characters in the game are not decorative, but perform an informative task. 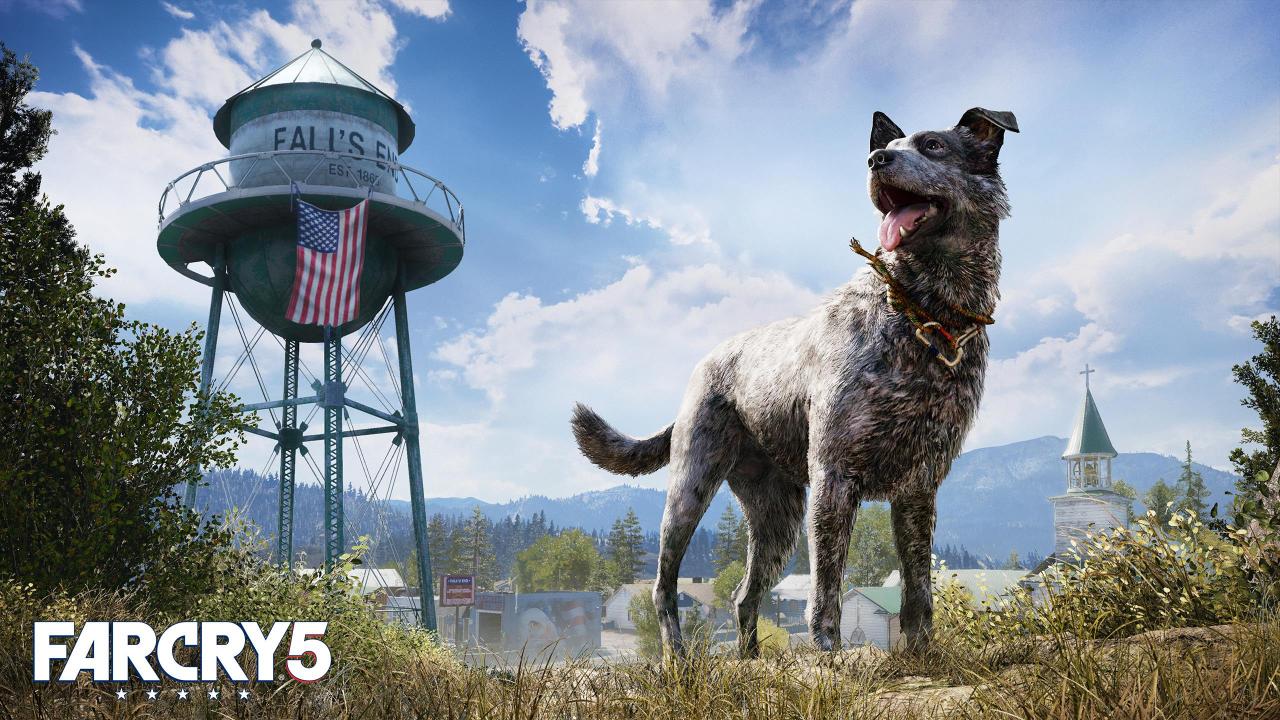 Signs can alert you to important points like fishing or hunting ground. Considering, that there are no more towers in the game, symbols, scattered across the map, will serve you as a great way to learn, what's around you.
You can open any safe, which you see
As you progress, you will come across locked safes more than once, in which, usually, there is something valuable. Do not rush to forget about such safes, if suddenly you cannot open them. Any safe in the game can be opened in at least several ways.

Firstly, many safes can be opened with a remote bomb. Just attach it to the safe, then blow it up. The safe will open, but the contents will remain intact. Secondly, safes can also be opened with a burner. To do this, you need to learn the "Burner" skill, located in the section "Specialist for survival". A skill costs only two ability units. Moreover, if you want to open the safe quietly, use skill "Skillful hands" from the section "Assassin". 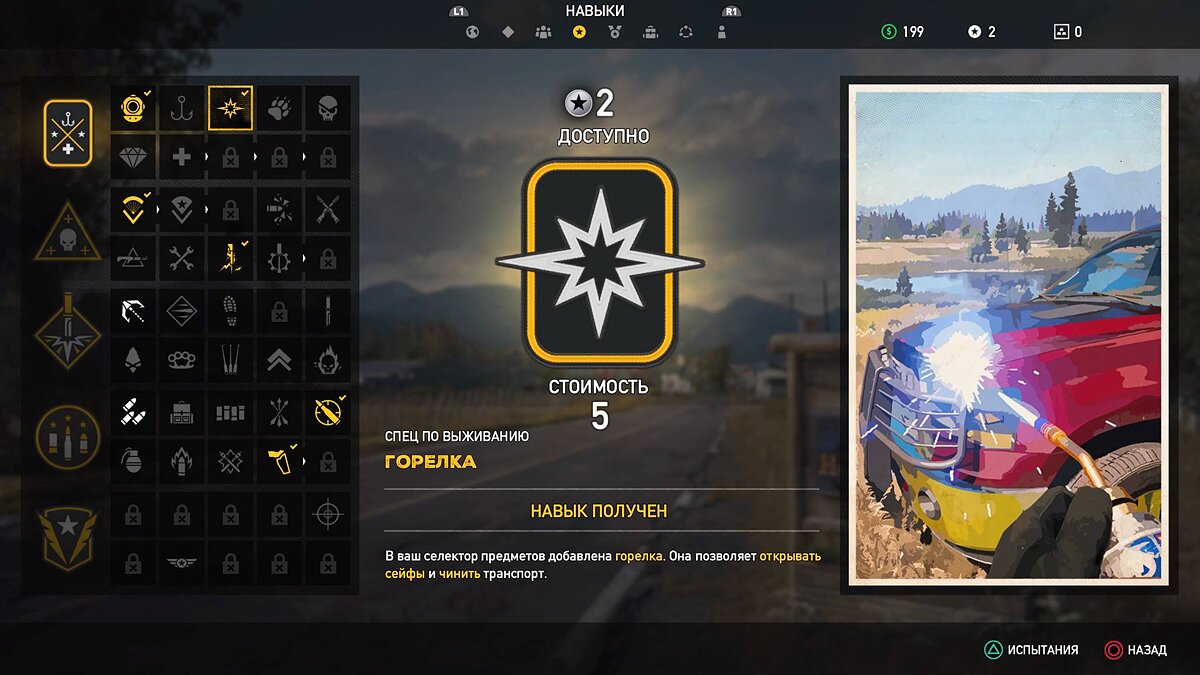 Tame the beasts
As with the fighters, in tasks or just in the usual destruction of an army of fanatics, wild animals can help you. In addition to that, look at that, like a bear or a cougar will lash out furiously at some fanatic, very funny.
The easiest way to unlock the in-game assistant named Boomer, who, unlike other animals, is one of the specialists. However, if you want something a little more exotic, we advise you to tame a puma or a bear. 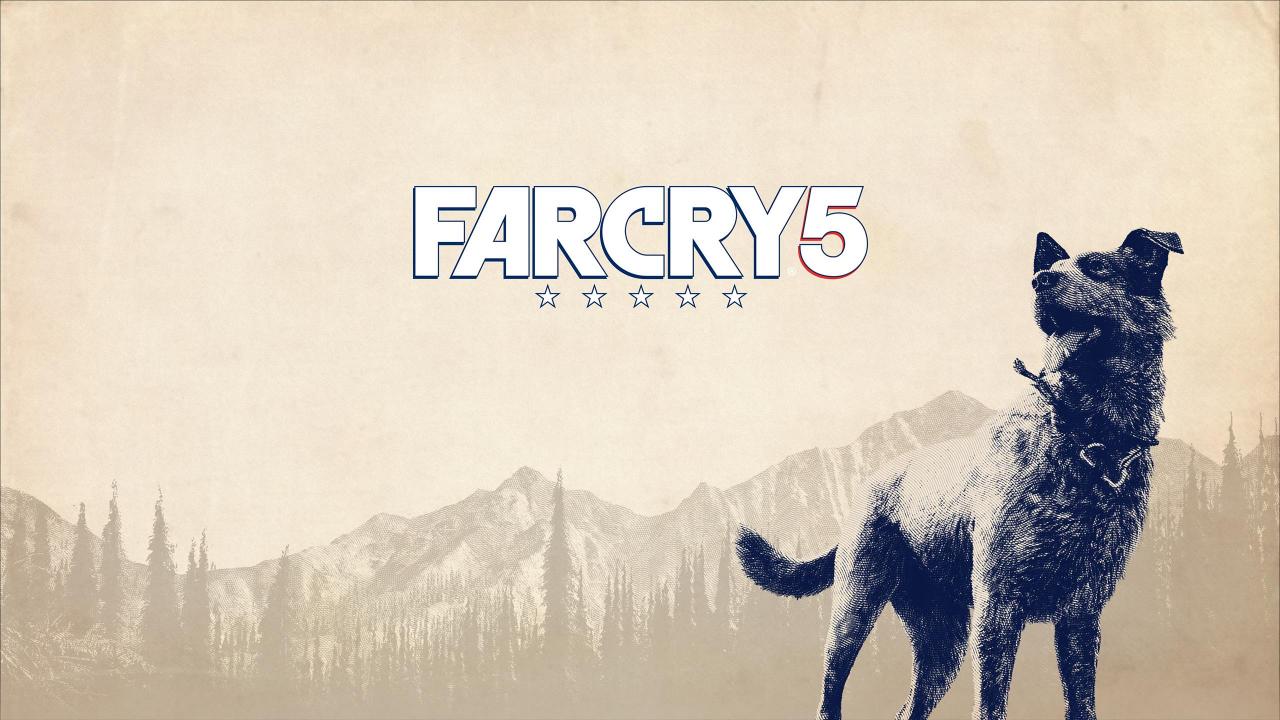 Look for survival caches
All over the world in Far Cry 5 a huge number of survival caches are scattered, in which, usually, you can find a lot of money, supplies and other valuable materials. Finding the Survival Stash is easy. It is enough to open the map and find a green triangle on it. Get directions, then turn on the power and you will have access to various bonuses.
To find out about new caches, read in-game notes and interact with NPCs. They often provide valuable information on the whereabouts of the survival caches.. In addition, thus, you will discover many new adventures, that will enrich your passing experience.

Complete Nixon Clutch Time Trials
According to local legend, Clutch Nixon was a legend in Hope County. He was a stuntman, who skillfully performed stunts on motorbikes, trucks and airplanes. В Far Cry 5 there are many secret memorials, associated with this person. 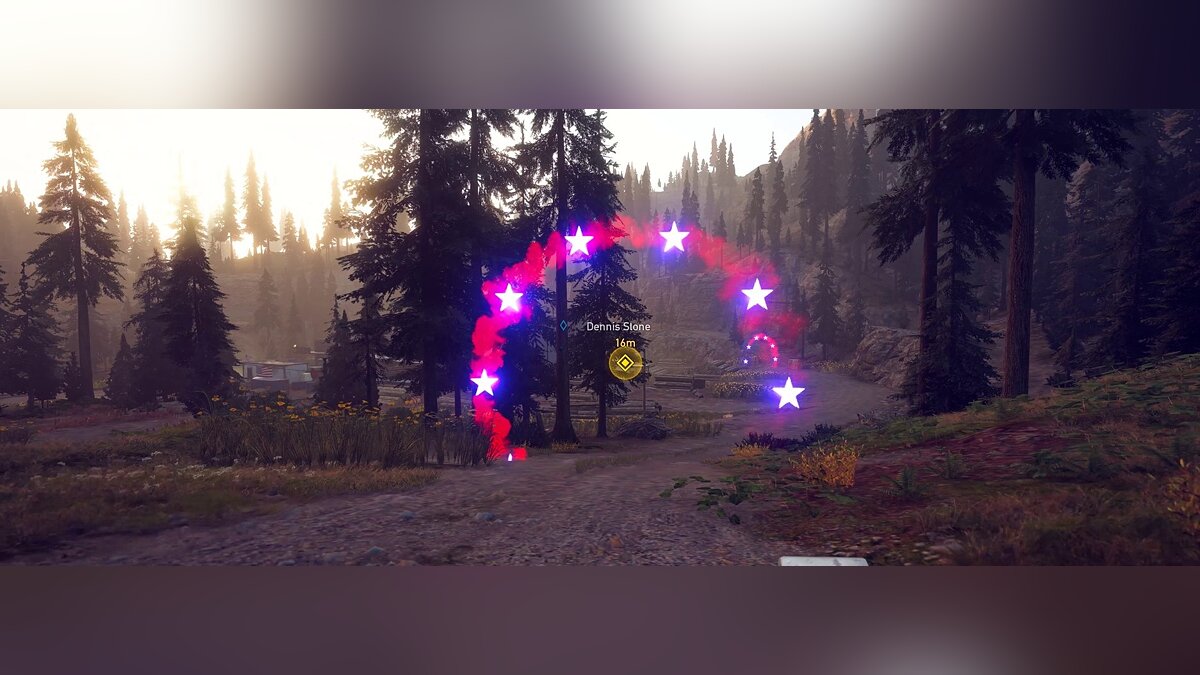 According to local legend, Clutch Nixon was a legend in Hope County. He was a stuntman, who skillfully performed stunts on motorbikes, trucks and airplanes. В Far Cry 5 there are many secret memorials, associated with this person.
From 𝖊𝖝𝖝𝖝𝖆𝖉𝖆𝖉