Luke is the last hope for a "peaceful" player in Dead by Daylight. Unless the killer finds and closes the escape route. So what to know, when and where will hatches spawn, worth both sides.

When the hatch appears? 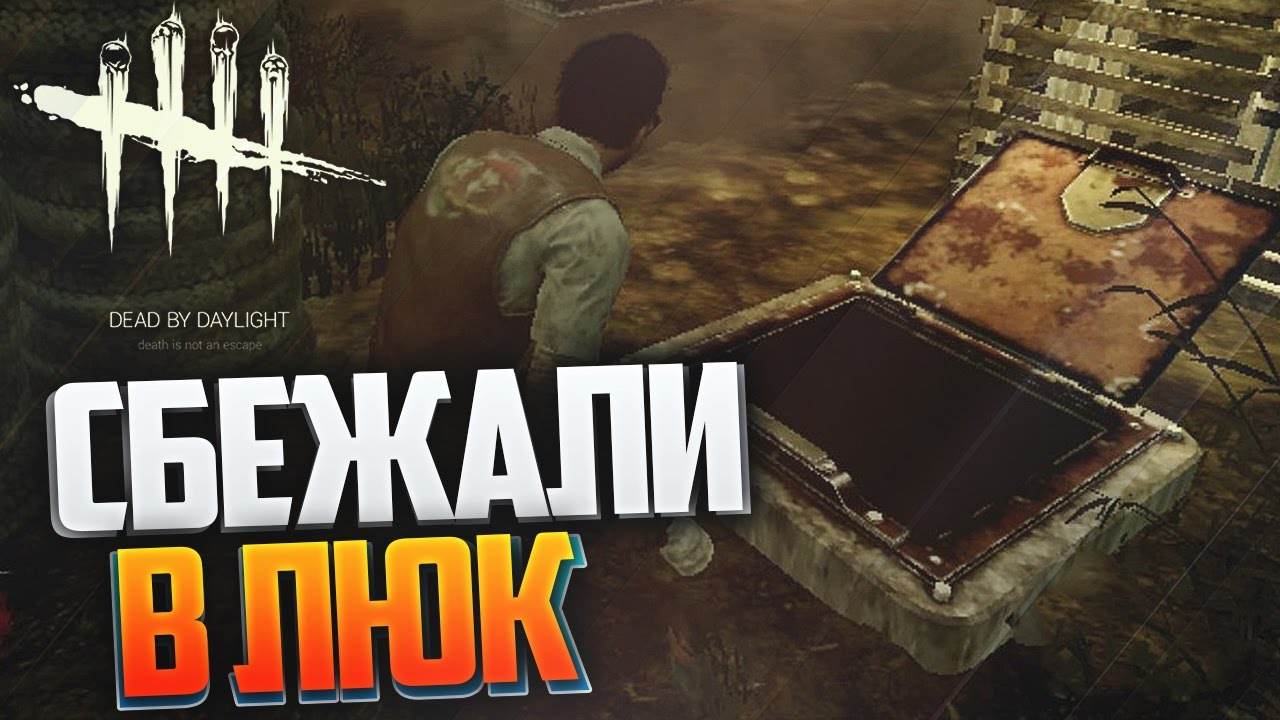 All players know, that hatches appear, when there is only one survivor, - the game itself helpfully notifies about it. But in fact, this is not entirely true.. Hatches will spawn earlier on the map, they just appear closed (so they are harder to find).

In this way, in an emergency, survivors can use the hatch, not a gate, - you just need to find it earlier. A maniac should keep this in mind too., to block the exit in advance.

How to open the hatch?
You can open the hatch with a whole key. The Shabby Key is suitable for these purposes. (Dull Key) or Skeleton Key (Skeleton Key).
How to determine, that the hatch is near?
When the hatch is open, it makes a rather loud and specific sound, howling wind. Hear this sound from afar, therefore, you can focus on it during searches. For this reason, it is best to play with headphones, so it will be easier for you to determine, where to go.

Moreover, sound will help and identify, that in this session the hatch did not appear at one of the usual points, saving you time. maybe, it will also save your character's life.

The hatch is located at the back of a large house, next to the gangway. From here you can also see the mountain next to the farm..

Coal tower
First position. Look for the hatch near the coal tower. This is a two-story building.
Second position. You need to enter this building, go towards the house with wheels and next to it look for this hatch.

At the edges of the map
There are three random positions on the edge of the cards, where the hatch can appear.

Destroyed plant
The location has a destroyed factory building. Go inside and look for a hatch on the first tier., in the middle of two pipes.

Spawns at several random locations, but most often it happens at the entrance to the fields.

Rotting Slaughterhouse
Another hatch, randomly appearing. Most often it happens indoors., with pork carcasses hung on hooks, next to the fence. There is one small note: there is a vacation door in this room.

Thompson House
The house has a porch. Look for the desired hatch in the corner. This is the back of the house.

Torment Creek
Find the Ruined Barn, in which the grain was stored. Look through the open window, to see pallets.

Location Autohaven Wreckers
Bad shop
Outside the store, find the barrels. There is a tree next to him. It is between these objects that the hatch will be located..

Bloody house
Finding the hatch as easy as shelling pears. Located at the bottom of the house, right in front of the stairs.

Yard
There are six random locations in this location, where the hatch can appear. Rely solely on your own luck.

The resting place of Azarov
Same, as in the previous part of the location, the hatch spawns in several random locations, of which there may be more than six pieces. Again, finding a hatch at a location is a test of your luck..

Landfill area (Wrecker’s Yard) - look for a hatch near trees or inside buildings.

in the building itself (in this case, it is worth checking even the second floor - sometimes the hatch moves there too);
outside the building at the edge of the map.
Monstrous Pantry (Grim Pantry) - most often appears in the center of the location.

Hatches on the map Krotus Prenn Asylum (CrotusPrennAsylum)
Branch for the Wild (Disturbed Ward) - follow the player's instincts in Dark Souls and look for bonfires. It is near them that hatches are most often located..Father Campbell's Chapel (Father Campbell’s Chapel) - the following spawn options are possible:

in the hut;
at the edge of the map (most likely, on one of the hills);
near generators.

Hatches on the map Gideon Meat Processing Plant (TheGideonMeatPlant)
Game (The Game) - Unfortunately, here random is not on the player's side. If you don't find a hatch at the bottom of the stairs (in the most likely spawn location), then in a random place you will not have time to find.
Hatches on the grave in Glenvale map (The Grave of Glenvale)
Salon "Dead to death" (Dead Dawg Saloon) - one more place, where the spawn is pretty random. Look for the hatch:

around the edges of the map;
near generators;
in the center of the saloon.

Hatches on the map Hawkins National Laboratory (TheHawkinsNationalLibrary)
Underground complex (The Underground Complex) - following the rule, what we described above, look for a hatch at the lowest level of the complex. Stick to generators and map edges.
Hatches on the Larry Memorial Institute map (TheLery'sMemorialInstitute)
Treatment room (TreatmentTheatre) - the hatch can most often be found in the corners of corridors., the hatch can be found:

near the gate;
in the bathroom or shower;
in a large room with beds;
around the edges of the map (near the grass).

Hatches on the Ormond map (The Ormond)
Ormond Mountain Resort (MountOrmondResort) - on this map, hatches mostly spawn near generators.
Hatches on the map Midwich Elementary School (Midwich Elementary School)
The hatch is really hard to find on this map., because spawn is absolutely random. Moreover, the hatch can be under the pieces of flesh. be careful!
Hatches on the map of Yamaoka Estate (The Yamaoka Estate)
Family residence (Family Residence) - there are two places, where the exit is most likely to occur:

there, where bamboo grows near a low concrete wall;
in the center of the map.

Hatches on the map Red Forest (Red Forest)
Mother's abode (Mother’s Dwelling) - the hatch most often appears next to tall trees, who stand out from the rest.
Hatches on Haddonfield map (Haddonfield)
Lampkin lane (Lampkin Lane) - look for a hatch on an asphalt road (it will either be in the center, either on one of the edges).Also the hatch can be found:

on playground;
at the myers house (two-story building), most often in a small room at the back of a building;
on the porch of a house with a high fence, which is located at the edge of the map.

Hatches on Springwood map (Springwood)
Badham Kindergarten (Badham Preschool) - the hatch will most likely appear in one of two places:

in the boiler room (located in the basement);
at the very end of the road (near the exit gate).

Hatches on Raccoon City map (Raccoon City)
Raccoon City Police Station (Raccoon City) - this is a new map, therefore it is poorly understood by the community. If the hatch was found, then closer to the center of the building on the first floor.
From <GGDT.RU> werewolf