In this quick guide, I will explain how you can activate launch control on any machine in FH5.
It is very useful for quick starts and less slippage., which can greatly affect the outcome of the game.

First, let's figure out what it is for. A bit of theory.

Launch control (launch control) - subsystem of electronic throttle control, injection and ignition systems, designed for a sharp start "from a place".
The principle of operation of the launch control system is based on the ability of the car engine to maintain torque when the throttle is open and the grip is squeezed to the maximum.. In the moment, when the engine reaches a large number of revolutions, the driver stops holding the pedal (button) enable Launch Control. This results in the removal of the speed limit and an instant increase in torque..

For a sharp start turn on launch control, which itself sets the optimal engine speed for maximum torque at the start.
A car “jumps out” forward from the start, which gives an advantage of a few milliseconds at the start of the race. This feature appeared long in the Forza Motorsport series. And finally it was added to the fifth part of Forza Horizon..

It can be used, if you want to add complexity to the game, together with manual transmission with clutch, when you want completely “feel” racing atmosphere, but the usual “machine gun” lacks, to fully realize your skill.

Let's move on to activating this function

As I wrote above, she works only with mechanical (manual) gearbox and clutch. To enable it, you need to go to Game Settings - Difficulty - Box (Manual with clutch). 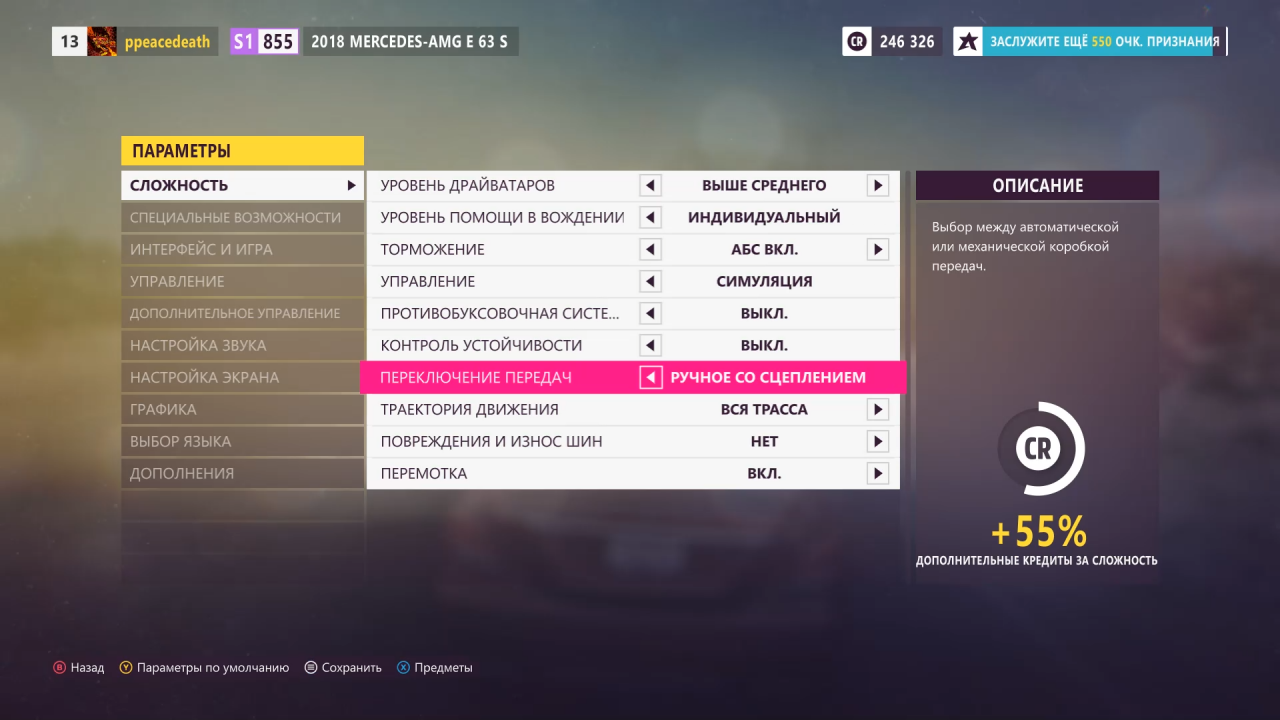 After saving the settings, you can return to the game and hold down two buttons together, GAS and BRAKE. The car will automatically raise the tachometer needle to optimal speed, then you can let go BRAKE and go with maximum acceleration. (Remembering to switch gears, because we already have a manual checkpoint)