This guide is made for a comfortable skating rink for Phasmophobia players. Hopefully, my assemblies will help you to quickly compute the ghost, and your team spirit will go up the hill with him!

Equipment | What is the use of them?

Equipment – these are the researcher's personal items on the contract, with their help the player can find the ghost, determine its type and not only. Any equipment can be bought in the store in the main menu, each piece has its own price. This guide will help you with a selection of items for finding a ghost room and a quick identification / exclusion of evidence in the early stages of the game.. 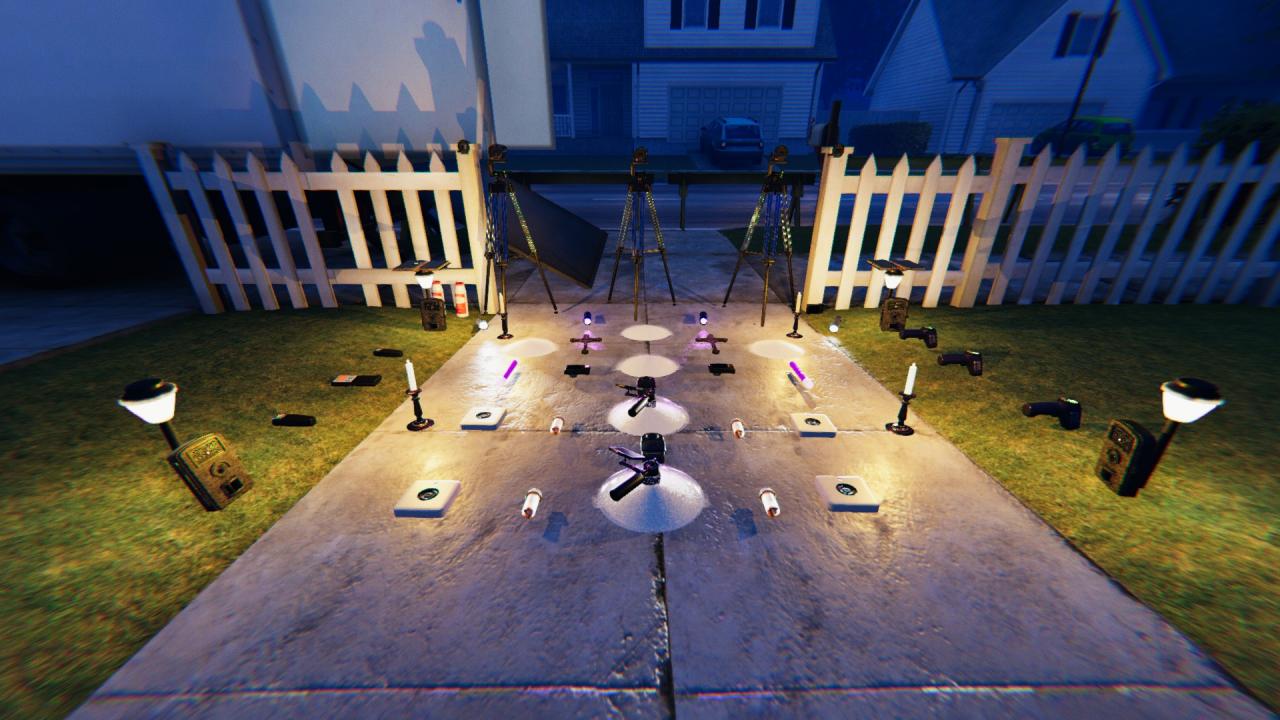 Let's start with the simplest – starting arsenal and what can be done with it? New players in Phasmophobia are limited in the number of items, which are available to them. Initially, practically nothing is available to them.. They walk with sweaty lanterns, without thermometer, without crosses, incense, etc.. Yellow light is not the best, what can be used in the game, but even this small light source can benefit players.

In the screenshot above, all of the beginner's basic inventory is marked., which is available for him at the very beginning of the game. New items can be bought by clicking on the button “Buy“, but to play with the already purchased arsenal, you need to press the button “Add” and put those things, which you need.

What items to take with you when leaving the van?

Now I will give you several assemblies of three items., which you can use at the very beginning of the game. Not only starting items will be involved, and this guide was originally created not only for beginners. Each of the items has a specific benefit.!

If you are planning to quickly find a bone, take your camera with you. In the process of looking for interactions, You can find a bone at your leisure and take a picture of it to get free loot and experience. I don’t know which house you play the most, but EMF at hand will always be useful. Listen for interactions and find a room quickly.

Spit on finding the bone and postpone the photo process until later, look first for a ghost! Go to the interaction sound and measure the number of bulbs on the detector. In the same room, before the ghost is gone, you can fast try the radio. Walk around where there was interaction and get an answer for sure (if the ghost has such evidence). If the ghost gives more interaction, then it's for the best. Go there and see, whether he answers the radio or not. In the early stages of the game, do it – one of the best solutions.

This assembly is more recommended on houses with one floor.. It is not always possible for a ghost to step on salt right away.. But if you scatter it in different places, one slide for each separate territory, you can determine the place where he walks. Ultraviolet at the same time is necessary for us to quickly eliminate the Mirage (with a 1d21 chance you can quickly identify it). You can take a fotik purely for fun to take pictures of steps.

Quite a powerful assembly for searching for three clues at once. Listen for interactions while looking for a low temperature room. If he does not give interaction, in any case, you can easily find a room by degrees. I play Professional / Nightmare don't forget to turn on the shield first, otherwise it's not destiny to find the right room. Ultraviolet is needed if the ghost will interact with the windows, doors and switches.

This build is for confident people, who have a rumor like the look of Duane Jones. While waiting for interactions from the ghost, try looking for ghostly lights. If you still find a room, set the camera with a view of the other two objects in your hands. If you waited only for interaction, and there are no lights around him, try to install devices in that place, where they were heard. Leaving empty-handed in the van, you can safely watch the laser projector or notepad (rare). If you didn't see, look for other clues.

I agree, assembly for people with good communication. To play with her, You need to break down into four simple roles. The first person will act as a photographer, his duties will include finding the bone and photographing it, can also take a picture of the item if found. If someone else found the bone, he will need to come up and take a picture of her. The second person will play the role of a cameraman. While you wait for interactions from the ghost, Cameman can look for ghostly lights all over the house. When they already found a room, cameraman sets a camera in her, as well as two items in his inventory and knocks down to watch a laser projector. The third person will play the main role in the contract. Only person, who will carry the EMF in his hands. As soon as any of the interactions have been heard, people with the role of the base should immediately measure the level of the detector and talk privately on the radio receiver in and around it too. The fourth person plays the role of covidaphobe. He will walk with a thermometer and an ultraviolet device.. In case, if the ghost is painfully shy and without lights, covidophobe can find a room by degrees. This assembly will help you quickly pass the contract. Sure, after using your first items after getting out of the van you have to do something else (let's say, assignments) or arrange the remaining equipment. Leave the starter items in the house., they do not need to be brought back to the van.

Yes dick knows him, suggest something in the comments. I already got bored of writing this article :DDD Hope, you liked her and was helpful. The author has 900+ hours in this game, so he knows what he is writing about! Make sure to try these builds, especially with my homies in the game.